We had the good fortune of connecting with Maggie Jenson and we’ve shared our conversation below.

Hi Maggie, what’s one piece of conventional advice that you disagree with?
“Success comes from hard work and HUSTLING”

I was once under the impression that this sentence HAD to ring true, that the earning of money and creating something out of nothing was exhausting and grueling. I believe most of us in fact are programmed to see success in this manner through our societal linguistics like “grind” and “execute” – all suggesting an elite level energy-expenditure in order to reach goals.

This idea is not only the furthest thing from the truth, but in my opinion, something that holds individuals back from truly realizing their worthy dreams. And I’m not saying that getting to your goals doesn’t require time and effort, but rather a certain focus-shift, a change-in-conscious-thought.

To be somewhat cliche, your passion shouldn’t feel like forced labor – aka grind and hustle. When someone has the courage and the confidence to not only discover their calling, but then to go after it full-force, it won’t feel like hard work or exhausting grind. It will feel like “flow” – like magnetism. The successful people that experience this have accepted the idea(s) that they are worthy of their definite major purpose and capable of achieving it because it is what they deeply desire. They consciously reject ideas of failure or self-doubt.

On the other hand, individuals that settle for a career or life path that lacks major purpose will be forced to exert rigorous amounts of physical energy in order to stay the course mentally, for they don’t have the desire for the outcome, but really just the idea that the outcome will make them happy. They do not enjoy the process, so will always affirm in their minds that if they just keep working tirelessly, happiness is on the other side…

It is these individuals that end up burnt-out and full of regret for not enjoying the moments throughout their journey. 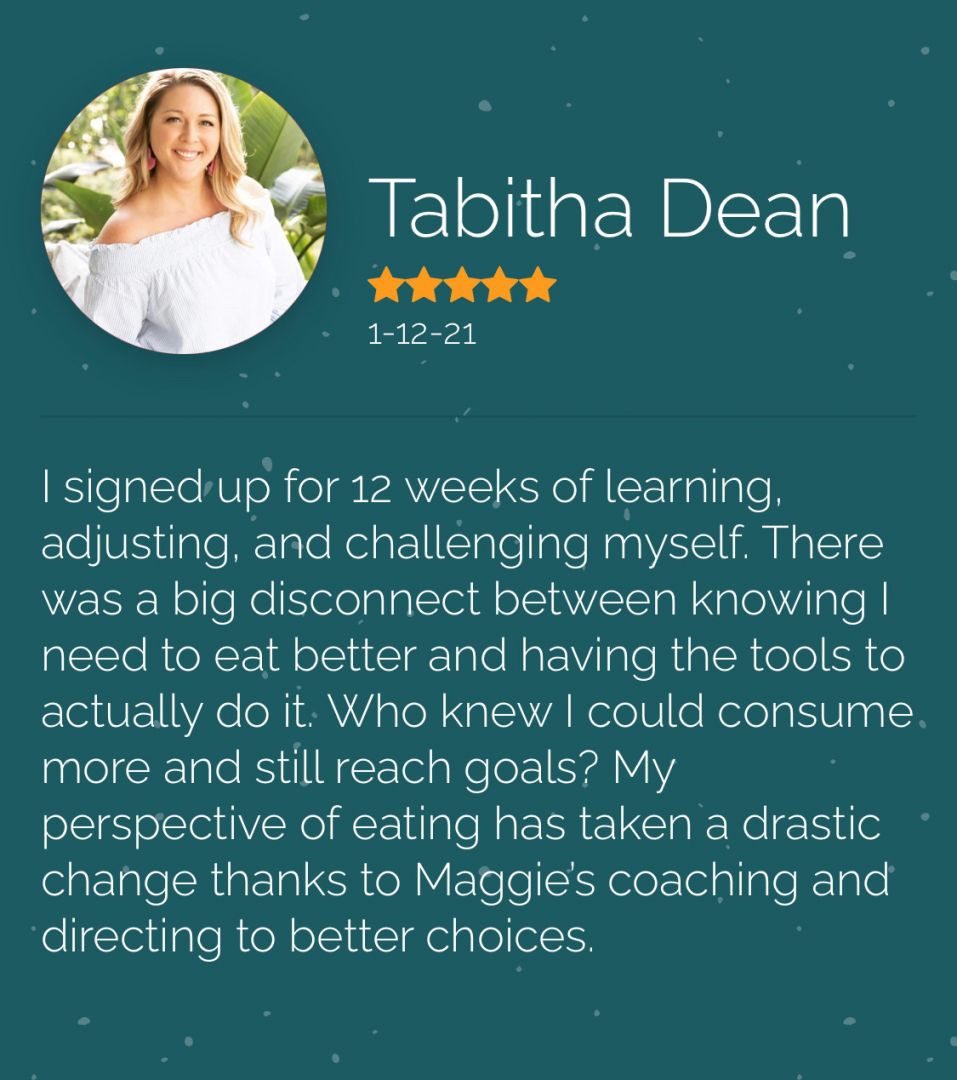 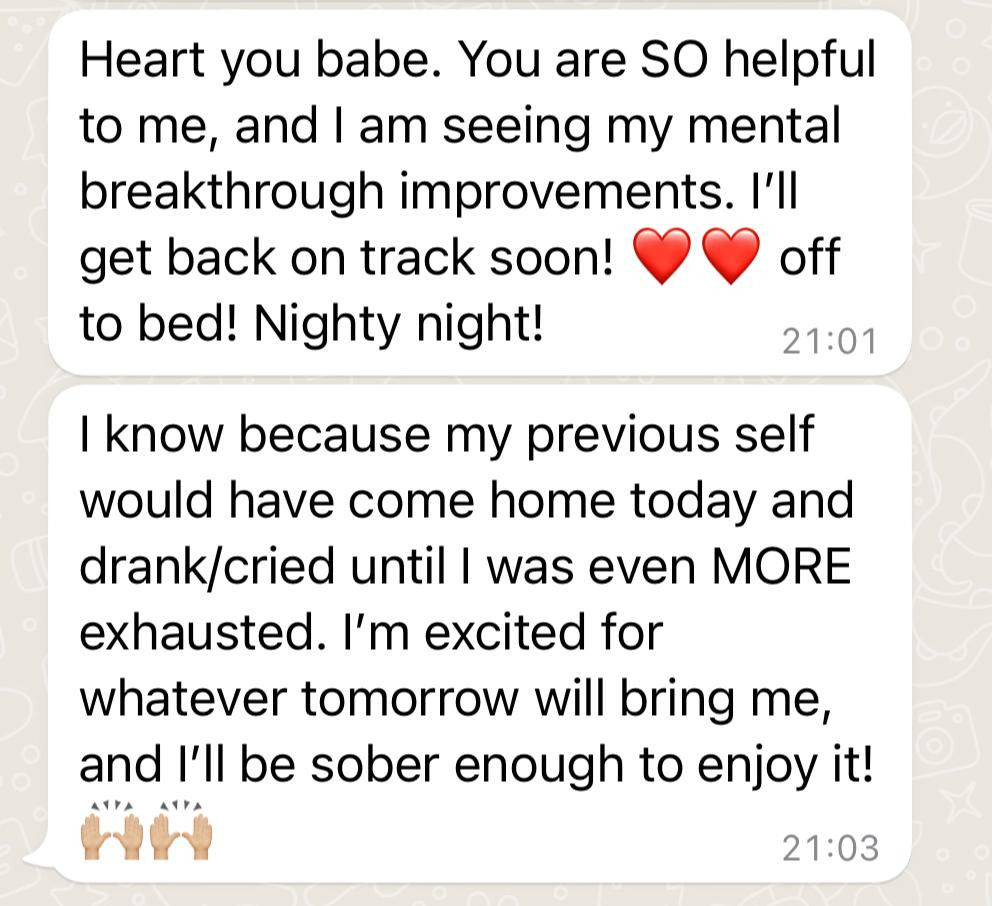 Can you give our readers an introduction to your business? Maybe you can share a bit about what you do and what sets you apart from others?
Magnify Progressive Wellness is devoted to being your one-stop-shop for wellness with an emphasis on mental health. I established my company in 2020, but it has been a brain-child of mine since 2010, when I began journaling and imagining a brand or concept targeting individuals that struggled with mental health and as a result, would self-sabotage through destructive habits. Personally, I was struggling with my drinking habits, which started at age 13.

I’m what’s called an Adult Child of an Alcoholic (ACoA) and despite having watched my mother’s life destruct from the effects of alcohol, I myself began drinking after my brother took his life. While this may seem absolutely bizarre to some, the honest truth is that statistics show most Children of Alcoholics (CoAs) grow up to be an alcoholic themselves, or they marry one.

I was on that path with no signs of slowing down. I was conditioned to believe that I was an addict, as it was an “incurable genetic disease”; through routine AA meetings and AlAnon support groups, I was repetitively taught since childhood that “once an alcoholic, always an alcoholic”… This was ingrained in my belief system to become what is known as a paradigm, a mental program that has almost exclusive control over our habitual behavior.

In more simpler terms: I was programmed to handle my emotions from a young age in the way that an alcoholic would, as that was my “model” in the home. I was also molded to believe and be emotionally invested in the idea that I was powerless to my need for alcohol, as I was diseased, just like my mother, which had me turning to alcohol anytime something was going on or anytime nothing was going on.

Eventually, I started to question my beliefs, thank goodness. This is what I am most proud of. Through re-examination, I learned that I had built myself a prison cell of negative self-beliefs and images which were undoubtedly causing me to repeat the pattern day in and day out. I questioned these negative beliefs and dispelled them through a focus on physical and mental health.

I began replacing my negative habitual behavior with goal-attaining activities. It occurred to me that success does not occur by “cutting things out” or “striving to STOP something”; one just focus on what they are adding into their lives for enrichment and long-term fulfillment. This is one of the greatest lessons I’ve learned along the way.

It wasn’t until I replaced my drinking with fiery goal-setting and forward-focused thinking that I was able to free myself from my addictive behavior and negative self-image. I quite literally took my mind off of the problem and put it on the image I wished to create, as Dr. Norman Vincent Peale once instructed.

I envisioned a wellness company that magnified a person’s confidence and abilities so that they could accept ideas of their own greatness, allowing them to move into their true purpose.

I believe that I was put on this Earth to free people from their addictive self-sabotage and encourage them to become their highest-self, but I would never have gotten to this point without having lived it myself. 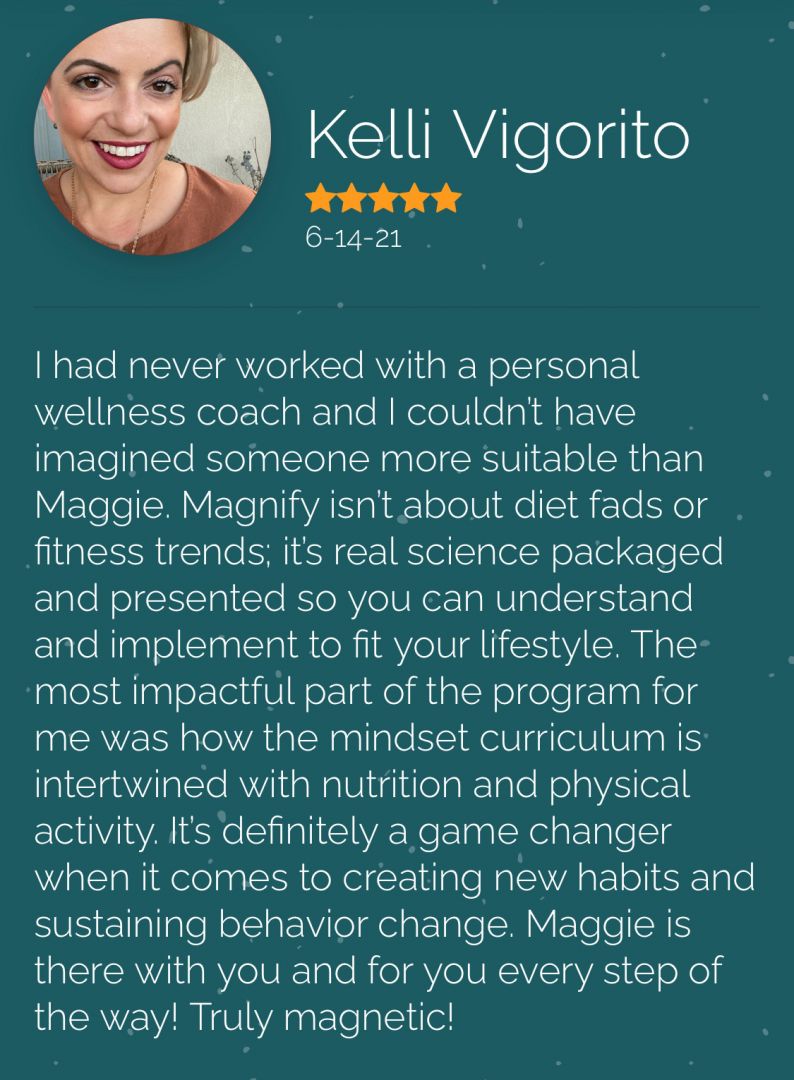 The Shoutout series is all about recognizing that our success and where we are in life is at least somewhat thanks to the efforts, support, mentorship, love and encouragement of others. So is there someone that you want to dedicate your shoutout to?
I credit the majority of my personal and professional success to the study of the Laws of Achievement and Science of Success as recorded by Wallace D. Wattles, Napoleon Hill, Joseph Murphy, Maxwell Maltz, Earl Nightingale, and Bob Proctor. I was introduced to this literature, combining philosophy and psychology, by my previous mentor, Mattew Burbridge of FitStory Company out of England. He opened my mind to the greatness within me and introduced me to a new higher level of awareness. 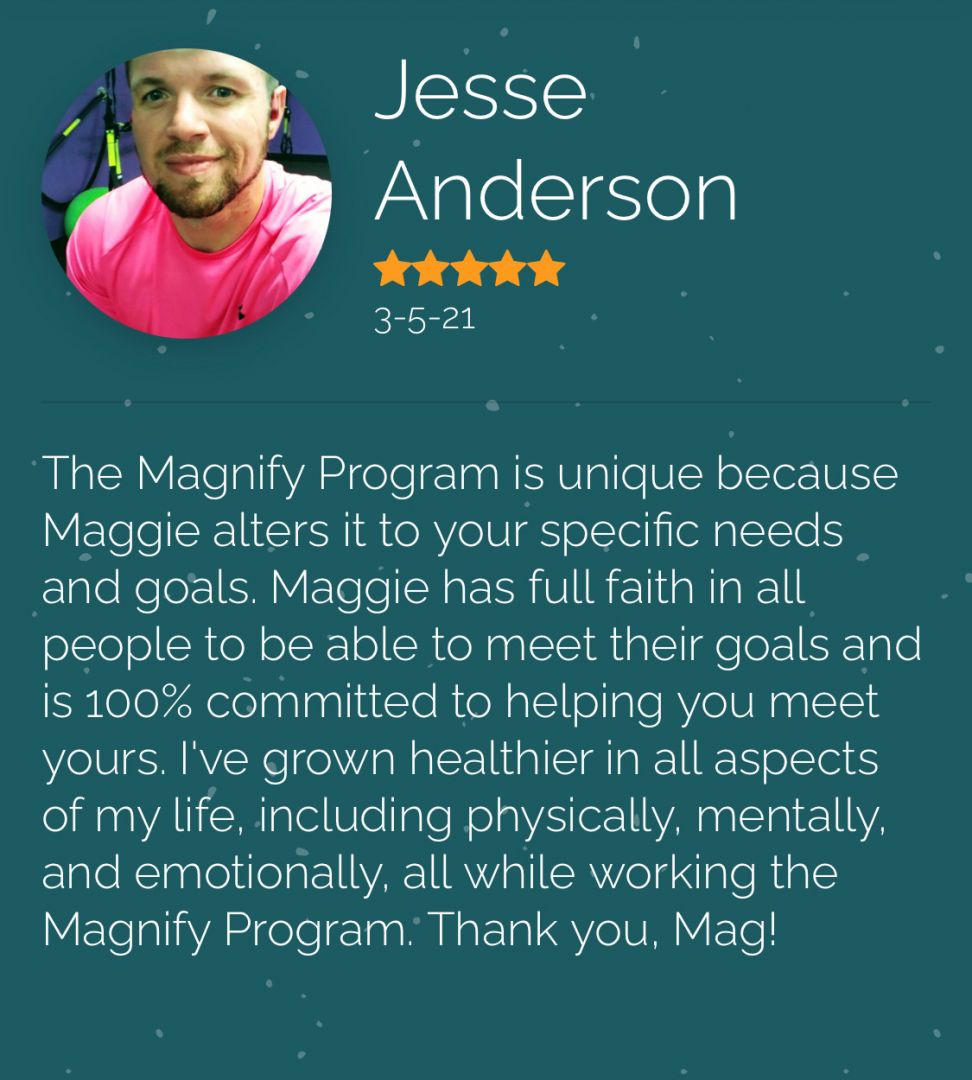 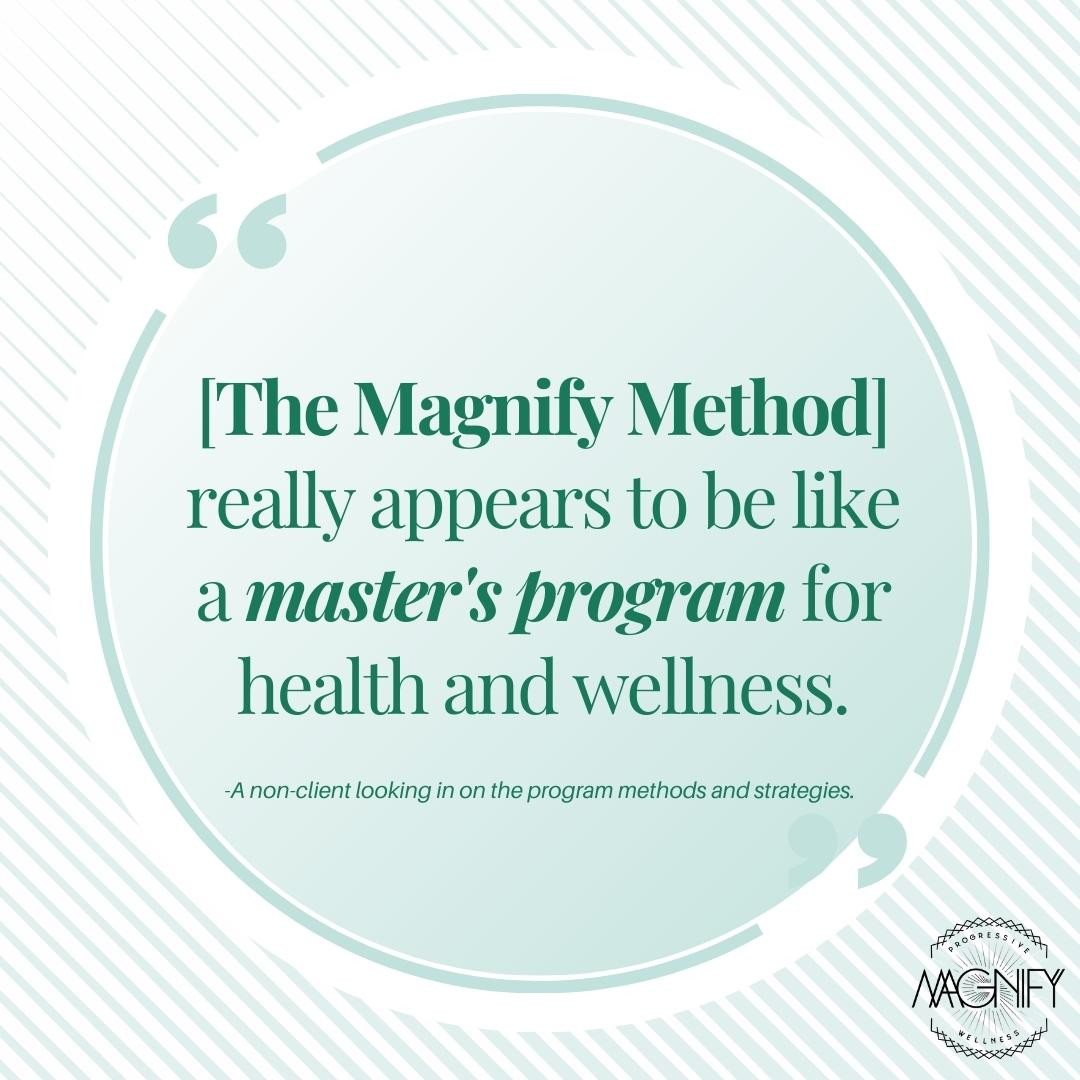