We had the good fortune of connecting with Alex Cole and we’ve shared our conversation below.

Hi Alex, what habits do you feel play an important role in your life?
I’m an active person, I like to be “doing it” not waiting around to do it, that’s just my personality. I created good habits and consistency that go along with my Power Rock music. I wake up every morning and I immediately focus on what I can do to get me to the next level. To be able to survive my high energy shows I started jumping rope about three years ago to burn more fat, get lean and have fun. I can jump rope for 40 minutes, burn 500 calories and never think about anything else. It’s my form of meditation. Most people sit quietly to meditate, I jump rope and do body weight High Intensity Interval Training workouts. It’s kind of funny because I got a chance to meet the “Jump Rope Dudes” and their motto is “Do The Thing.” I could completely relate to that. I have been following these two awesome guys with their inspiring workouts on YouTube. And get this, the “Jump Rope Dudes” came to see my show at The Viper Room in Hollywood, and we became friends. They invited me to appear in their video by the Hollywood Sign (it can be found here on YouTube: https://youtu.be/jhaxXH7xelA ). I’m so inspired by how much they get done, because they are no bullshit, they just do the thing. I had a residency playing at the Rio Casino in Las Vegas where I also had the honor to open for Anvil and right after that jumping on an amazing tour supporting Ted Nugent. I’m so inspired by the incredible energy released by those Heavy Metal and Rock’N’Roll veteran beasts they do in two-hours show night after night. Every night we want to give the best that we can for our crowds, being in good shape it’s a sort of discipline if you are on the road constantly. Making good habits is essential to continue being positive, inspiring and successful. 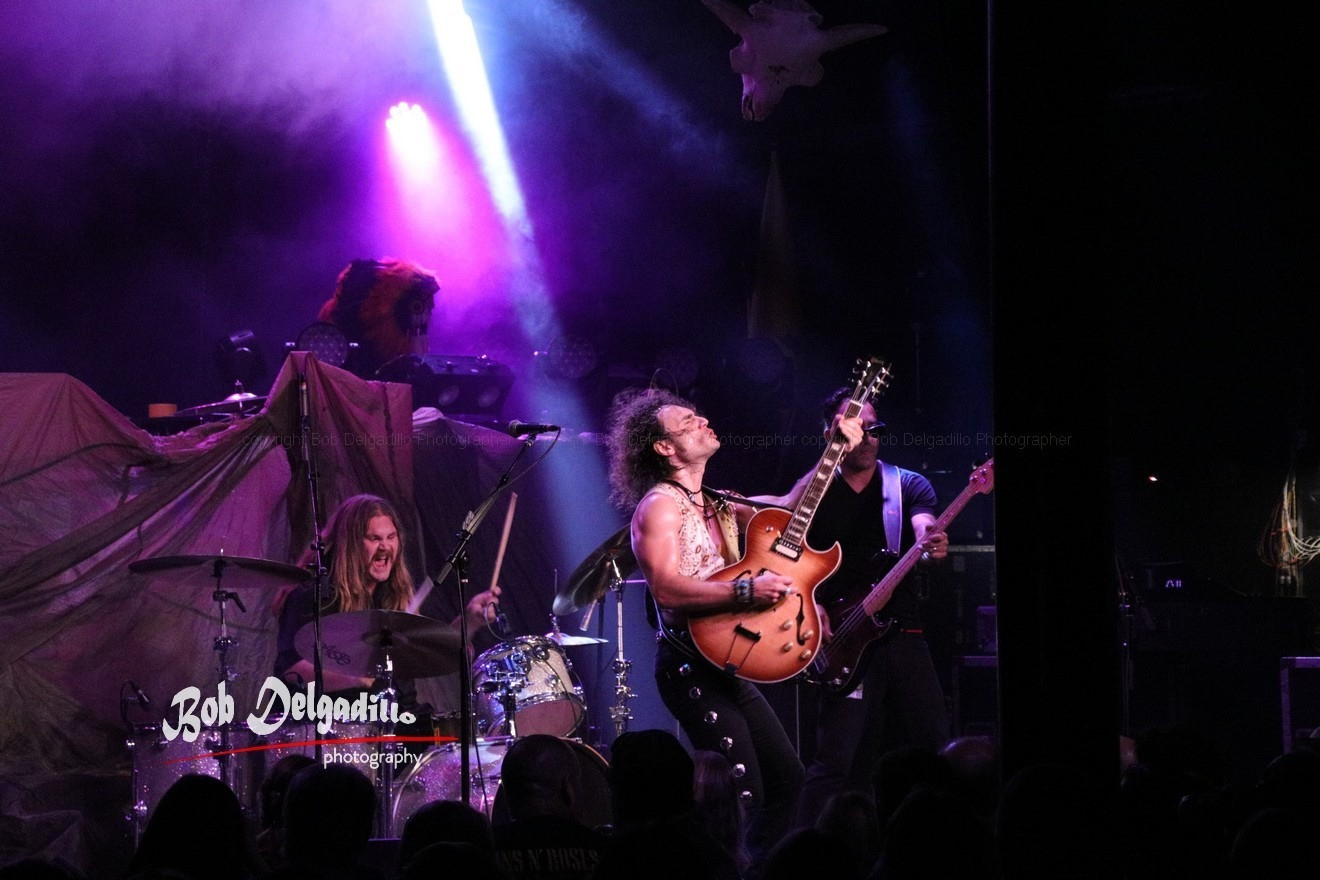 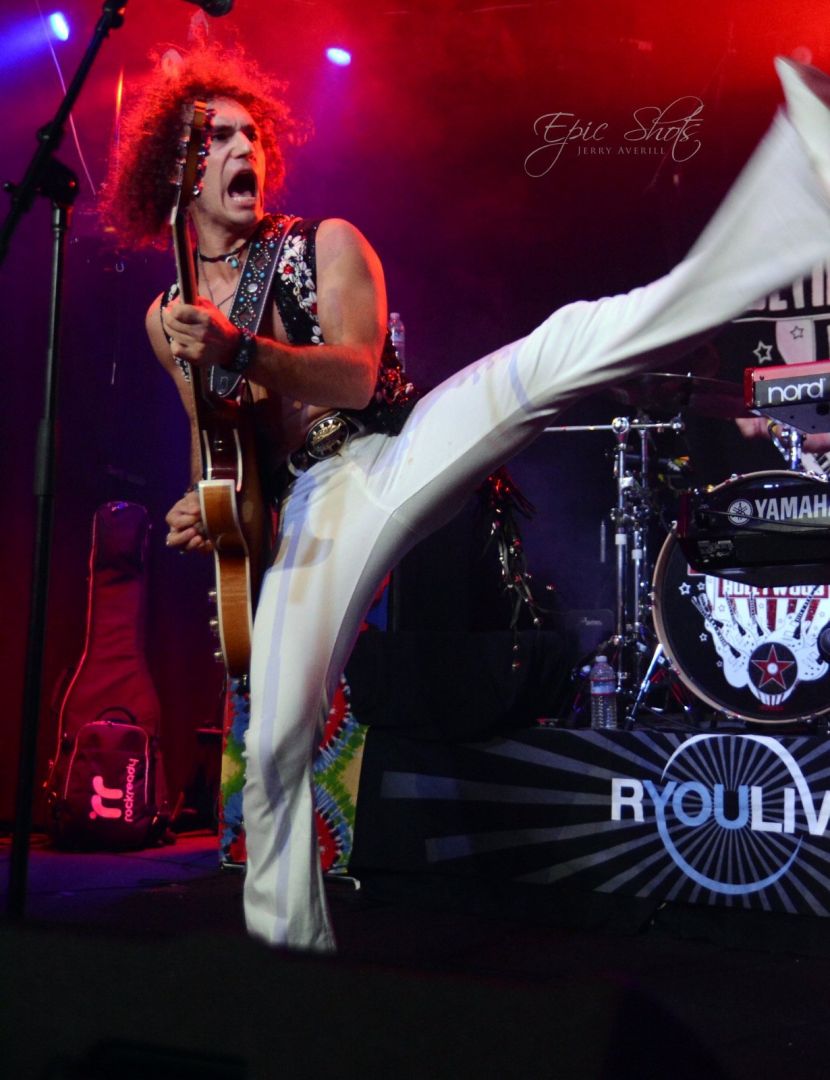 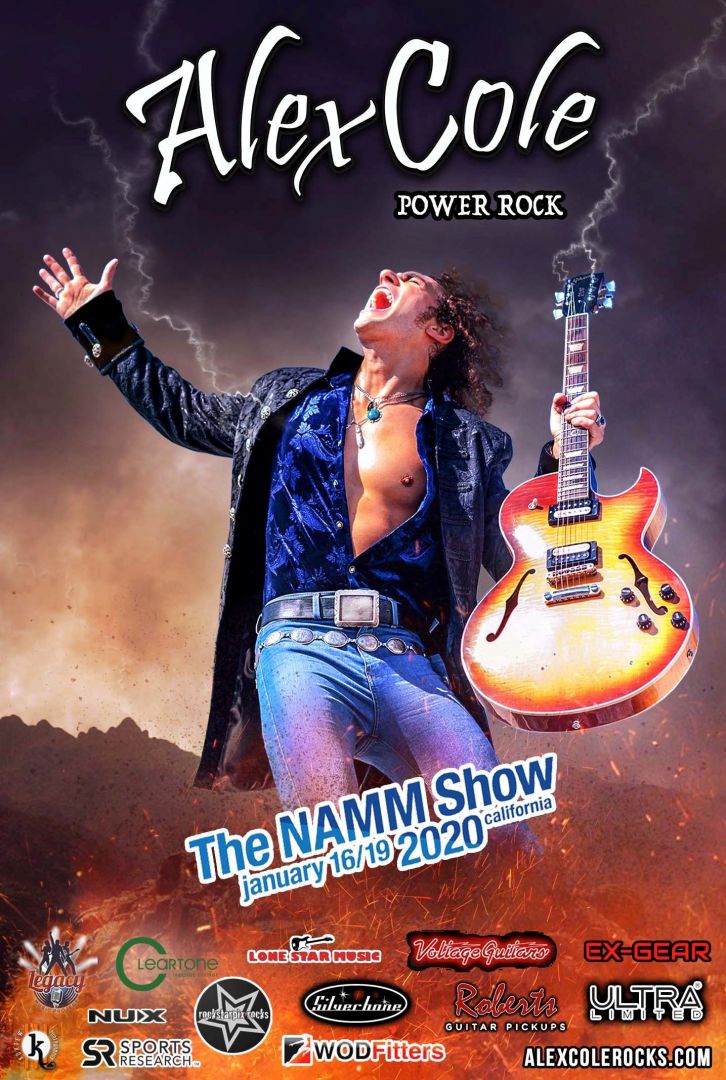 Can you open up a bit about your work and career? We’re big fans and we’d love for our community to learn more about your work.
I’m a high-energy Rock Musician Composer who has made my mark on the Rock Music industry at an international level. I’m specialized in music composition, lead vocals, lead guitar and harmonica. I became a leader in the cutting-edge music genre known as “POWER-ROCK”. I’ve been told that I’m keeping Rock’N’Roll alive.

My music sounds new, but pleasantly familiar and will remind you of the classic rock bands such as AC/DC, Ted Nugent, George Thorogood, Deep Purple, Whitesnake and ZZ Top. My live show consists of Power Rock trio. In order to promote and establish my recording career, I performed in venues and Festivals in Los Angeles, Las Vegas and Phoenix where I have received accolades as a Rock musician and composer.

I have my own business, “Unleash The Beast Music Publishing.” I started this company so I could keep control over my songs. My music will be heard in movie soundtracks soon, in fact I’m pleased to announce that one of my songs “Bad Boy Rocker” is featured in a movie called “Senior Moment” that features stars such as William Shatner and Christopher Lloyd, directed by Giorgio Serafini. I’m also proud because the very accomplished Emmy Award winner Laura Karpman, wrote the score for this movie. I’m fortunate to have been a part of this amazing production with an incredibly talented cast and crew. We also shot a video clip of the song that will be released along with the movie expected February 2021. I recently completed my upcoming album and I had my special guest Rocco Nugent who collaborated on one of my songs with me. His energy infused a touch of magic to the track. Rocco also made a guest appearance in the “Bad Boy Rocker” video. One of the pitfalls of the music industry is how expensive it is to make a living off of music. Digital streams where you could have your song heard a million times but the return you get is pennies. The problem is today people want to hear music for free, so we need to license our music for movies and television. What’s ironic is, I could go to a four year college and be pretty much guaranteed a good paying job once I had my degree. But if you study music for four years, you’re still a beginner. You need to invest years in the music profession, grinding it out, pounding the pavement, and there is no guarantee you will ever receive a dime. It takes a lifetime to learn how to sing, compose, and play your instrument. To put on a high energy show, as I do, and stay in great physical shape, takes discipline. I work out every day and I eat clean and healthy. I also have to manage my website, press, bookings and social media. It can be overwhelming, but when you are an artist, this is what you do and you give it your all. 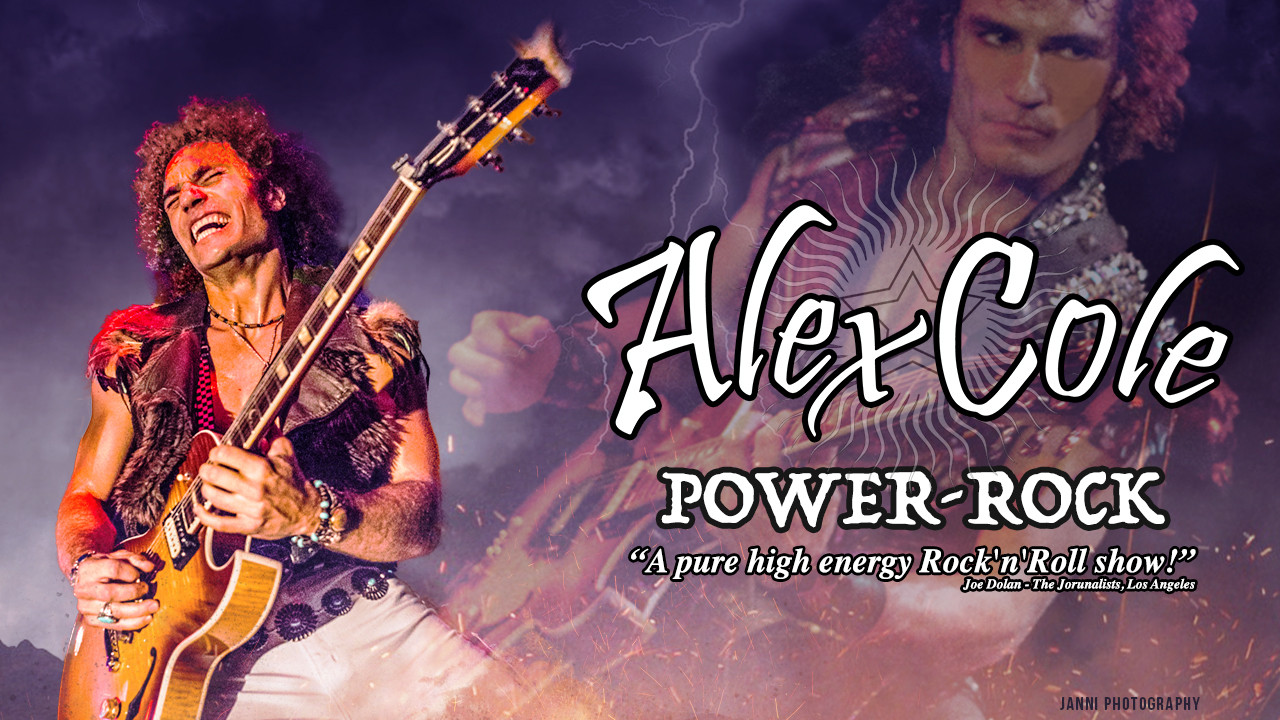 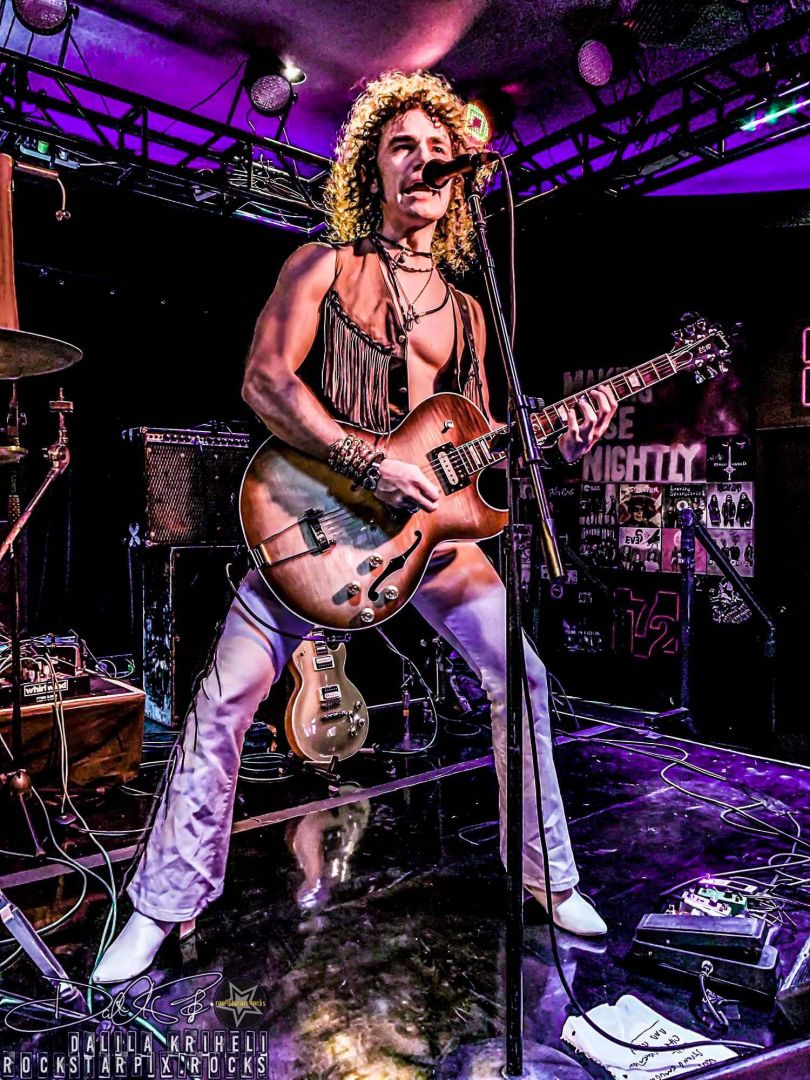 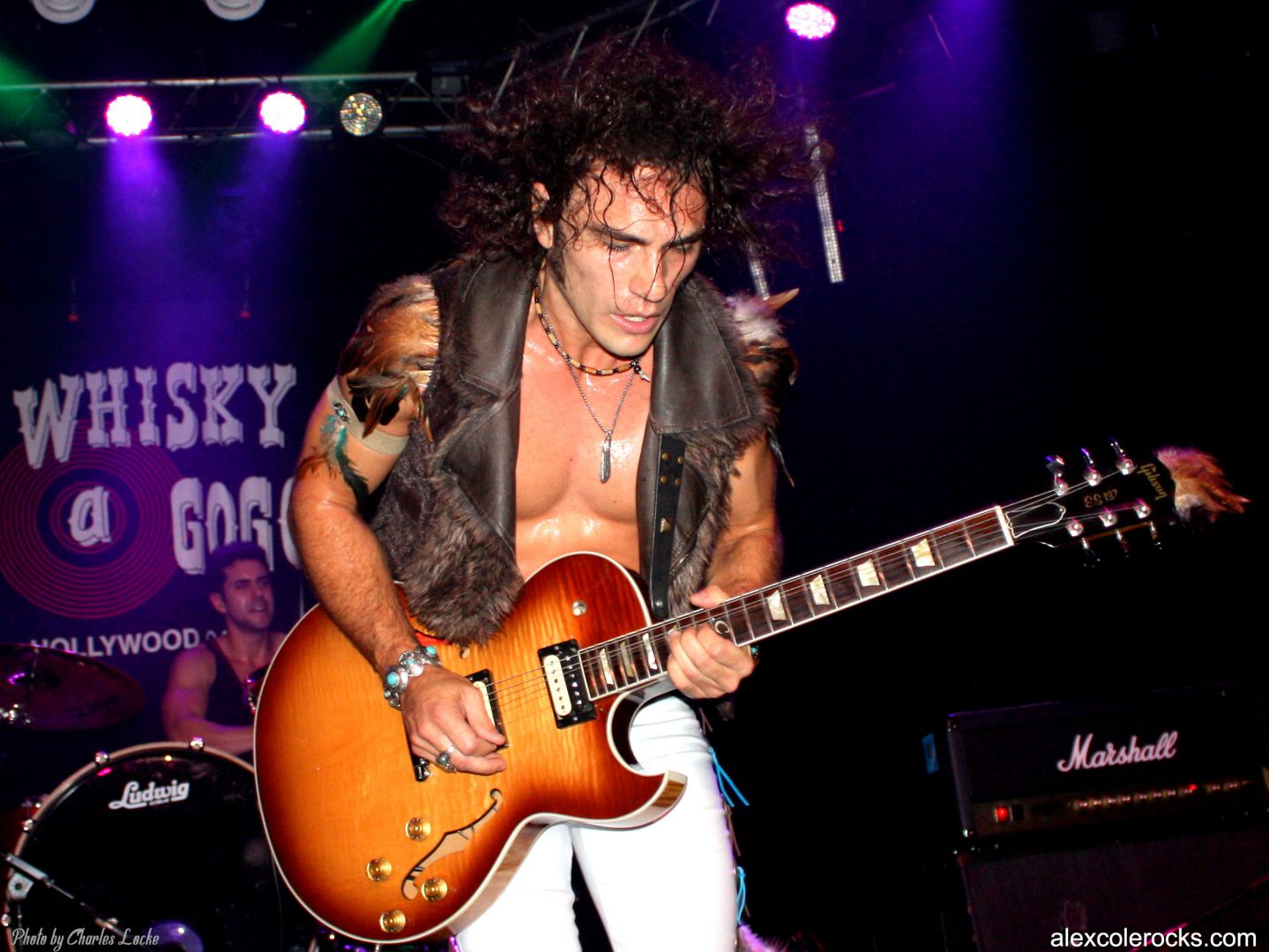 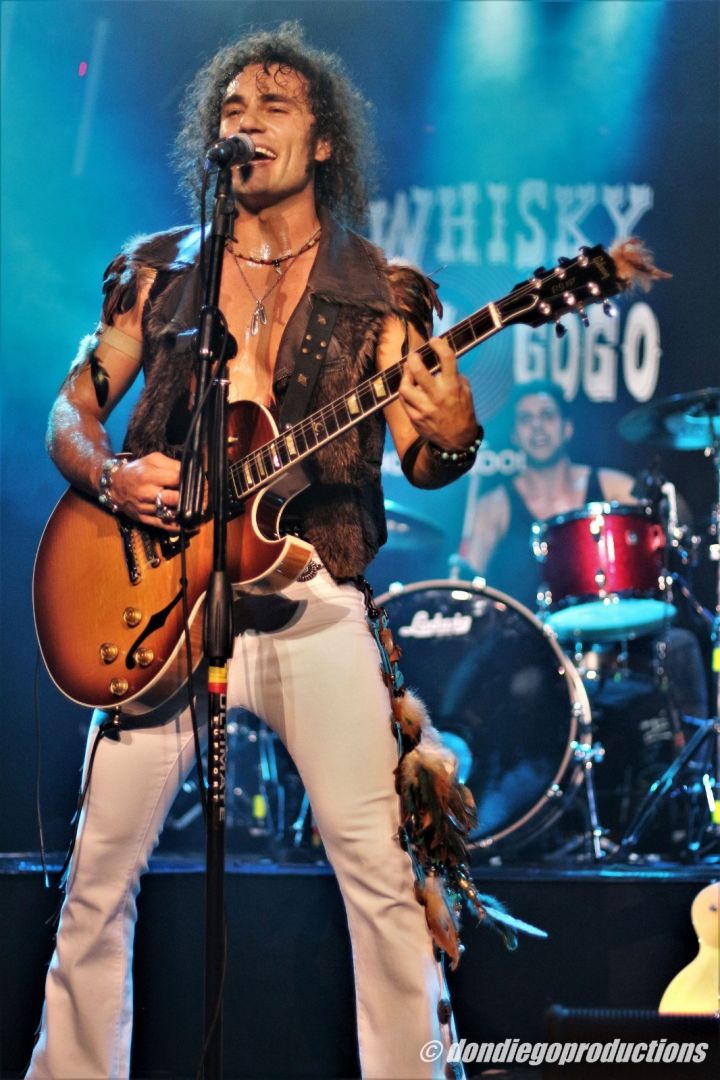 If you had a friend visiting you, what are some of the local spots you’d want to take them around to?
There are so many great places to visit around Los Angeles. As a Rock’n’Roller I would take them for a tour at the most famous venues on the Sunset Strip such as the Whisky a Go Go, Viper Room, Roxy and Rainbow. Historic places where some of the best rock bands like The Doors, Van Halen, Motley Crüe etc. started their fantastic career. I would take my friends for a walk in Santa Monica to see the pier, the ocean and the amazing street artists. As a sports guy I would take them hiking around the beautiful hills such a Runyon Canyon, Griffith Observatory, The Hollywood Sign, at the Arboretum in Arcadia, which is close to Pasadena. I also would take them to visit Hollywood Blvd., enjoying the great Walk of Fame and Studio City to have fun at the Universal Studios. 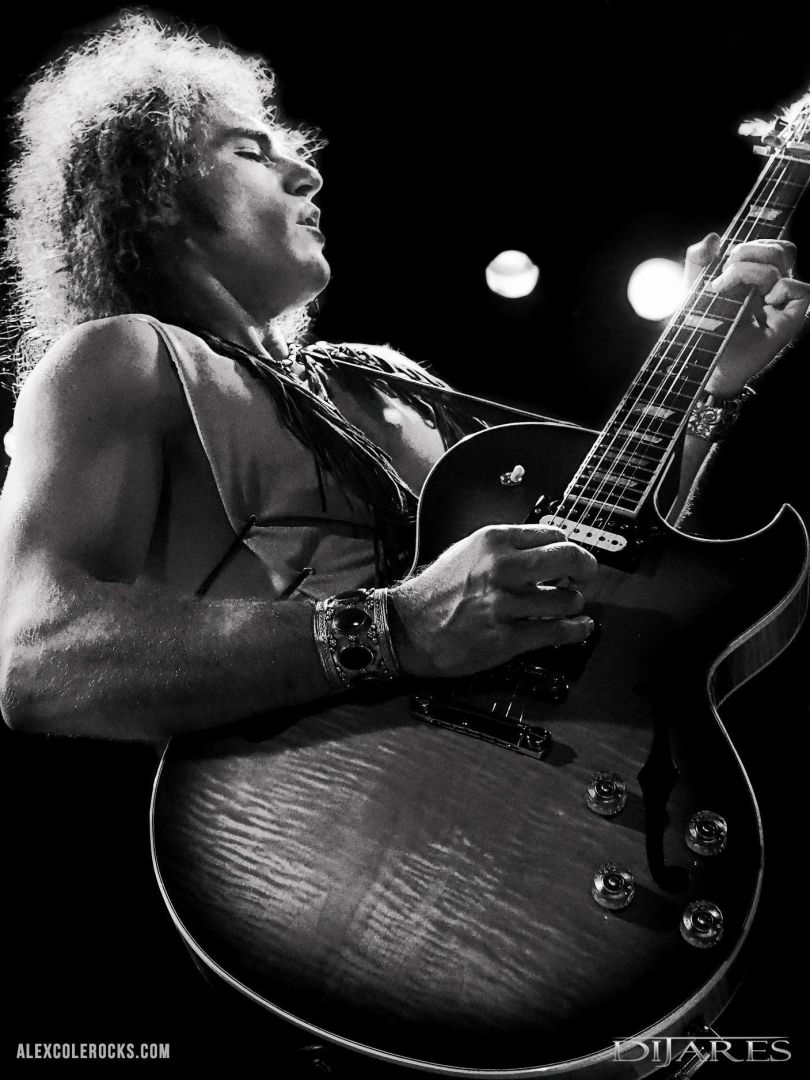 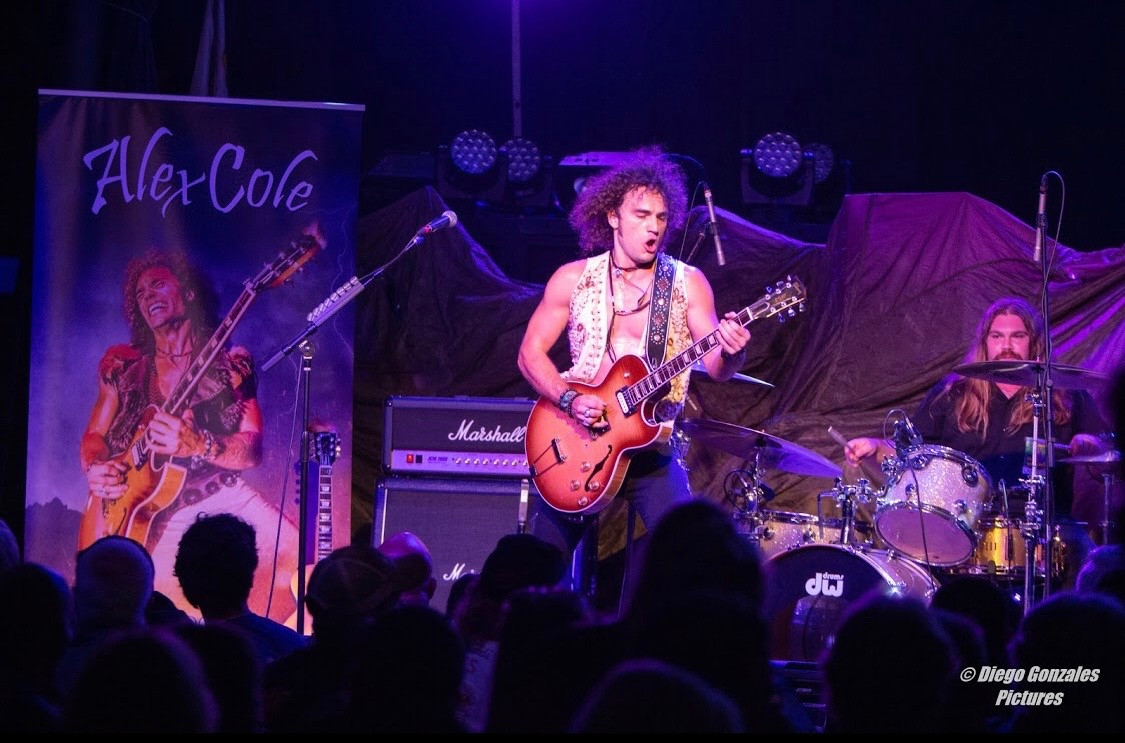 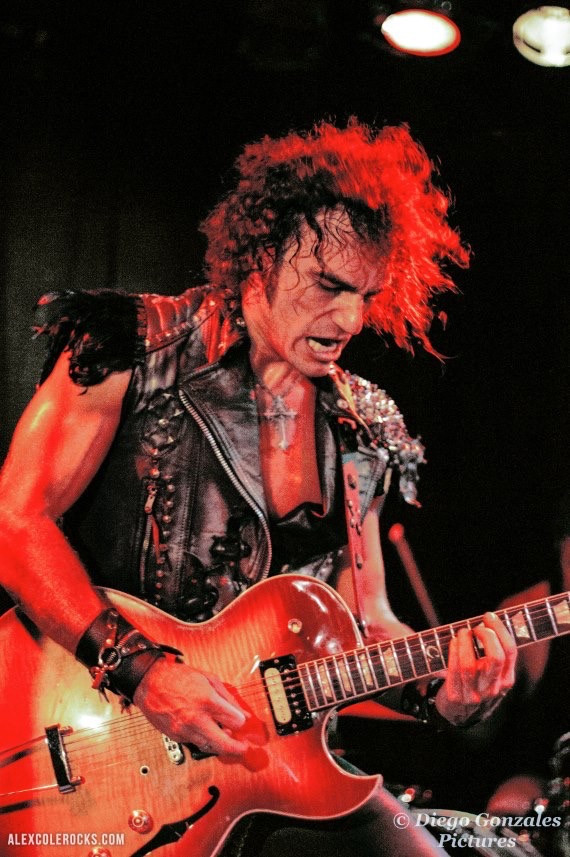 The Shoutout series is all about recognizing that our success and where we are in life is at least somewhat thanks to the efforts, support, mentorship, love and encouragement of others. So is there someone that you want to dedicate your shoutout to?
In July 2019 I toured with one of my Rock God Idols Ted Nugent on his “The Music Made Me Do It Again” through California and Arizona. I spent some time with Ted in the green room talking about music and guitars. He is a beast. He kept playing backstage showing me some killer licks even after his two hour kick-ass high energy show! Ted was really happy to have me and pleased with how his crowd received me and loved my energy. He made a testimonial on Facebook posting a picture of us together. It meant the world to me. I was flattered, humbled and still very excited by what he said. I’m inspired by his powerful vitality and drive on stage, even more influenced by his kindness and gentleness off stage. His words still resonate in my soul and continue to inspire and encourage me in playing my Power Rock music every day. I feel a genuinely musical and spiritual connection between us. 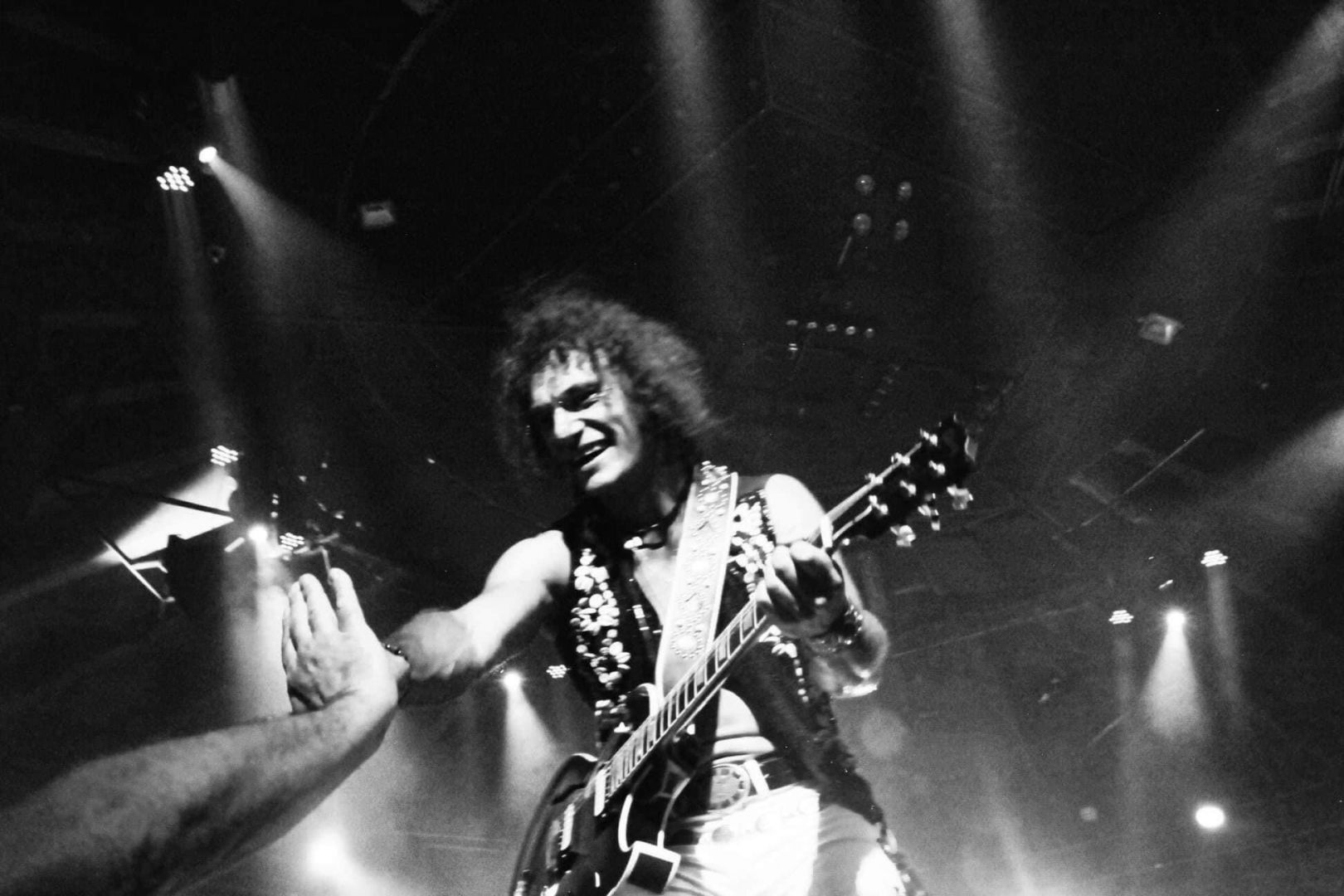 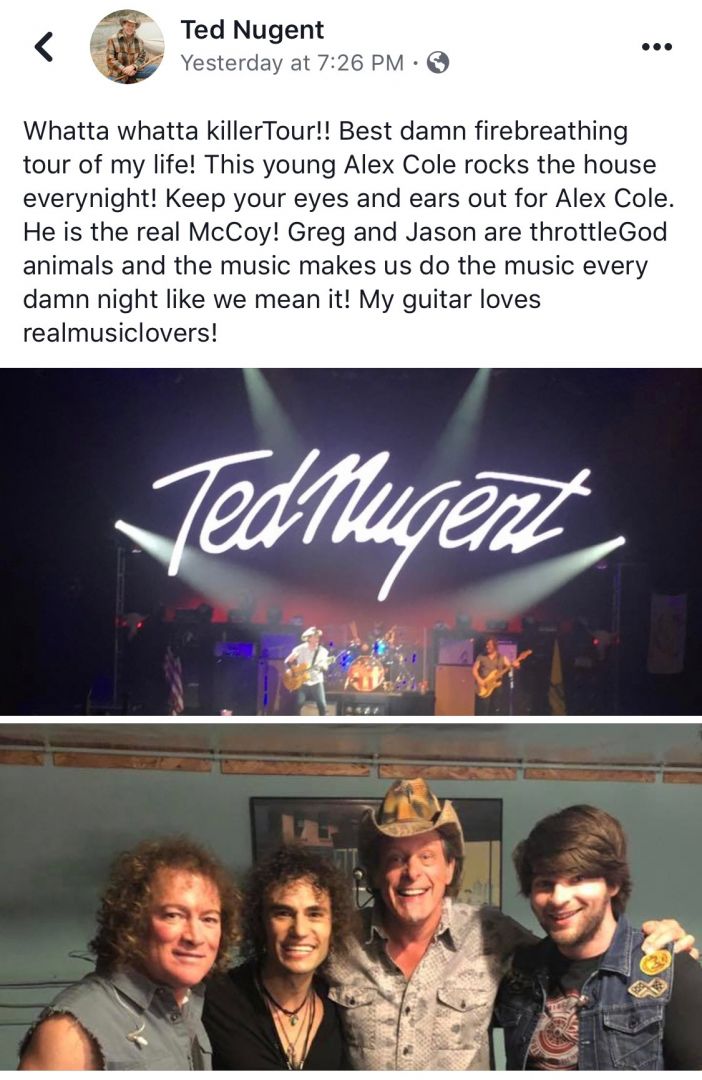 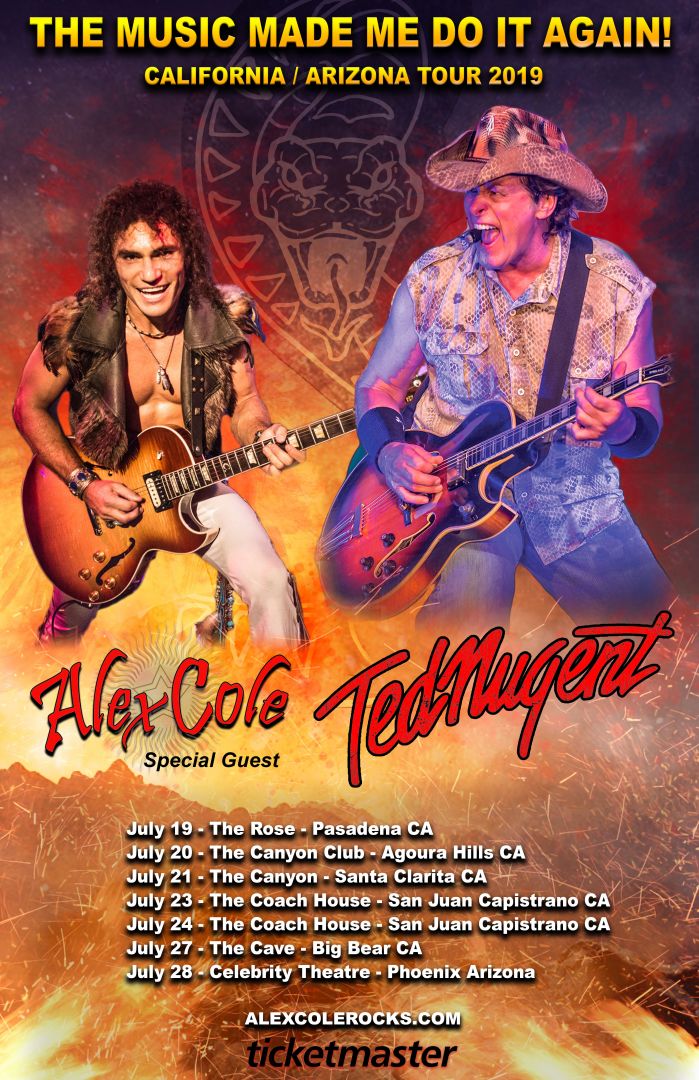