We had the good fortune of connecting with Abe Santos and we’ve shared our conversation below.

Hi Abe, can you walk us through the thought-process of starting your business?
Since 1983, I have been a friend and student of Sifu Taky Kimura, Bruce Lee’s most senior student in Jun Fan Jeet Kune Do and best friend. Sifu Taky was Bruce Lee’s first assistant instructor and the one who Bruce Lee left to run the school when he moved to California. During this time, Sifu Taky and I became more than just teacher and student but also became the best of friends. He is my mentor and a second father to me. We were able to talk about anything and everything regarding Bruce Lee, martial arts, his childhood, our families, and life. But Sifu Taky was in his 90s and faced the same challenges as anyone his age would with regard to his memory. I was the instructor of the Wednesday night class at the Institute from 2002 to 2017 and I could go directly to Sifu Taky regarding the school and its direction. But as he faced increasing memory loss and the direction of the school began to change to more of a commercialized school then I decided it was time to leave. Sifu Taky is known as Bruce Lee’s best friend and highest ranked student but also someone that never profited and took money out of his relationship to Bruce Lee. After Bruce Lee left Seattle, he continued to teach and sent the money from the students to Bruce Lee. And when Bruce passed away he moved the school to the basement of his family grocery store he owned and thats where the school was from 1973 to 2001. Sifu Taky basically kept the school private and kept the classes small and taught for free, And because he taught for free he taught exactly the way and what Bruce Lee taught him when he was in Seattle and when he came back to Seattle twice a year before he passed in 1973. But in 2017 and even sooner than that, the direction of the Institute changed to a more commercialized school so it was time. I decided it was time to leave, and along with another long time student of Sifu Taky, we started the Jun Fan Gung Fu Academy. Our mission is to perpetuate the original art of Bruce Lee the way Sifu Taky and Bruce Lee kept it, small and private. And similar to Sifu Taky we basically teach for free and only collect the dues to pay for expenses. We are non profit. We want to keep it this way so people can afford learning the art whether its here or when I travel to Europe, China, India, Canada, or somewhere in the USA. There are many people in the world or anywhere that simply cannot afford someone teaching them or are learning a diluted version of Bruce Lee’s art. But we want to change that. We are second degree from Bruce Lee himself and also have the support of Bruce Lee’s wife, Linda Cadwell. We are the only Jeet Kune Do school that she has ever endorsed! 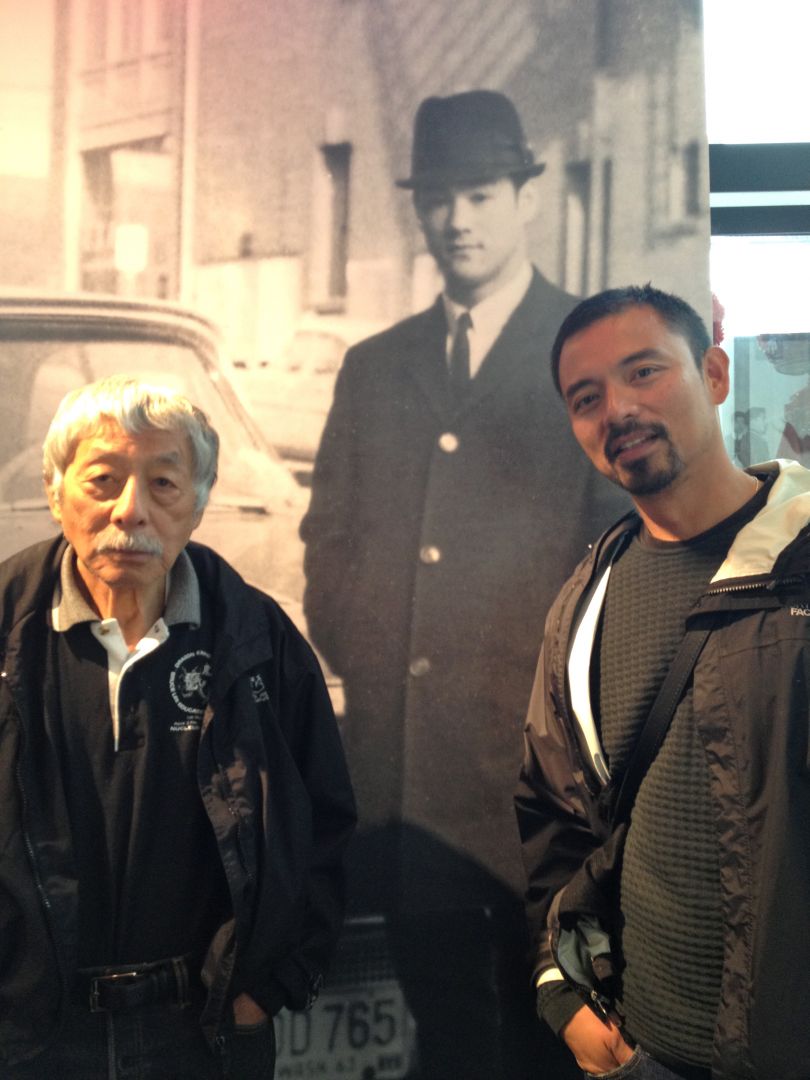 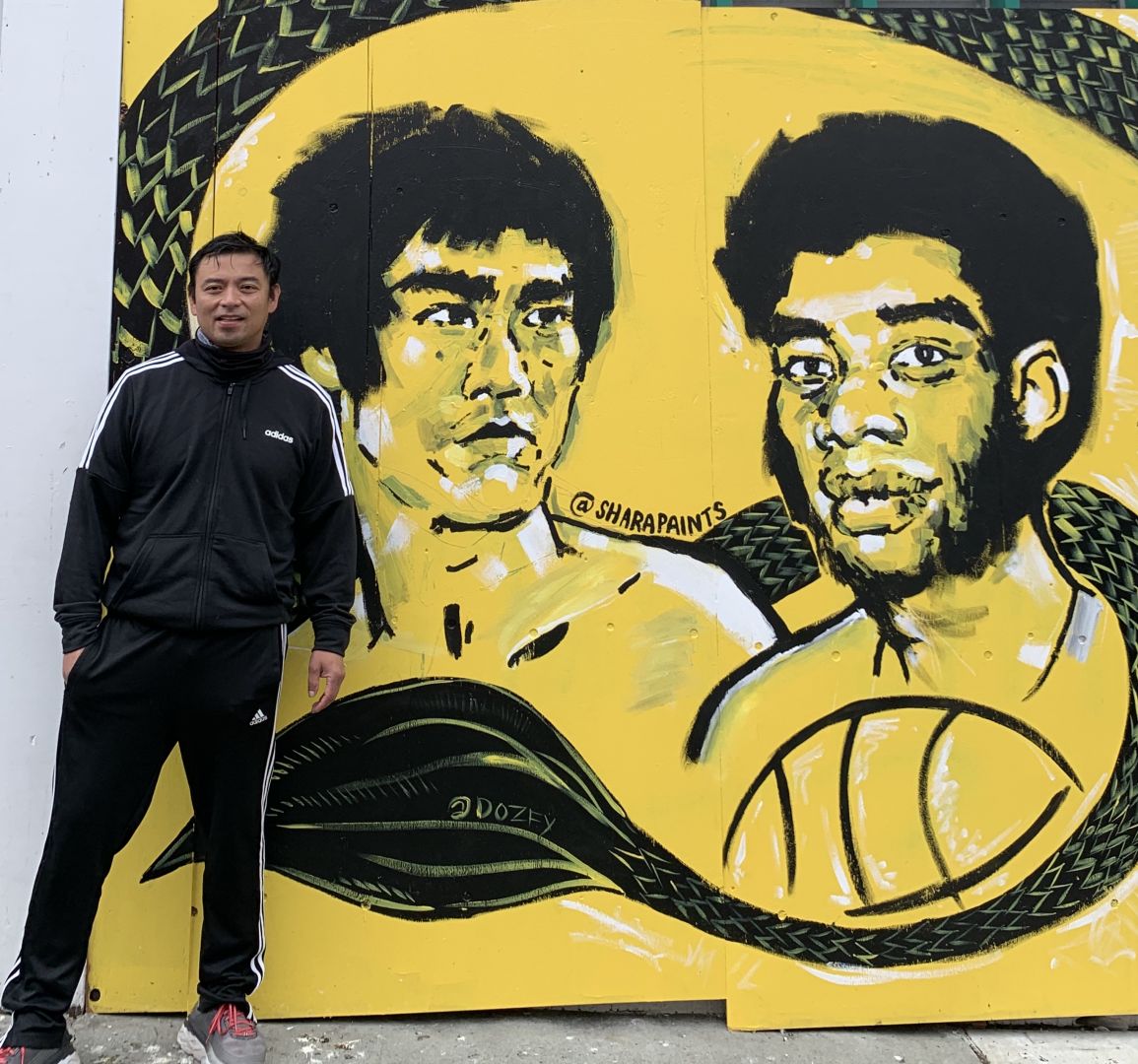 Alright, so let’s move onto what keeps you busy professionally?
I train in Jun Fan Jeet Kune Do which is the original art founded by Bruce Lee. What sets us apart is that I am second degree which is only one person away from Bruce Lee himself. That person is Taky Kimura, Bruce Lee’s best friend and assistant instructor, the best friend at his wedding and man closest to Bruce Lee. I have known him for a long time and we spent a lot of time together over the years outside of class. The Jun Fan JKD was a small part in class over the years, but I spent so much time with him outside of it talking about Bruce Lee, his thoughts on Jun Fan JKD in Seattle, and elsewhere, etc. But more that that we talked about life, his childhood, my kids, food, etc… So, in a way I know how he thinks and I think like him. Like I said, he was a significant influence in my life. He taught me to be the best I can be in life. Not to say I am him, but I know his thoughts on many things. 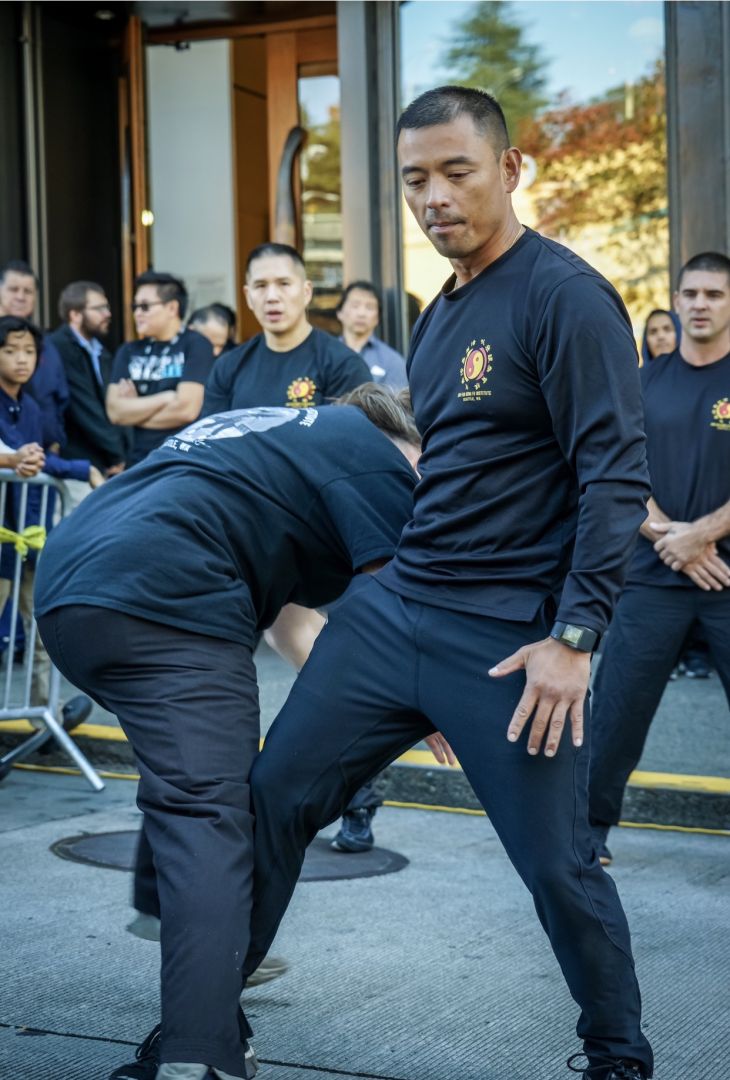 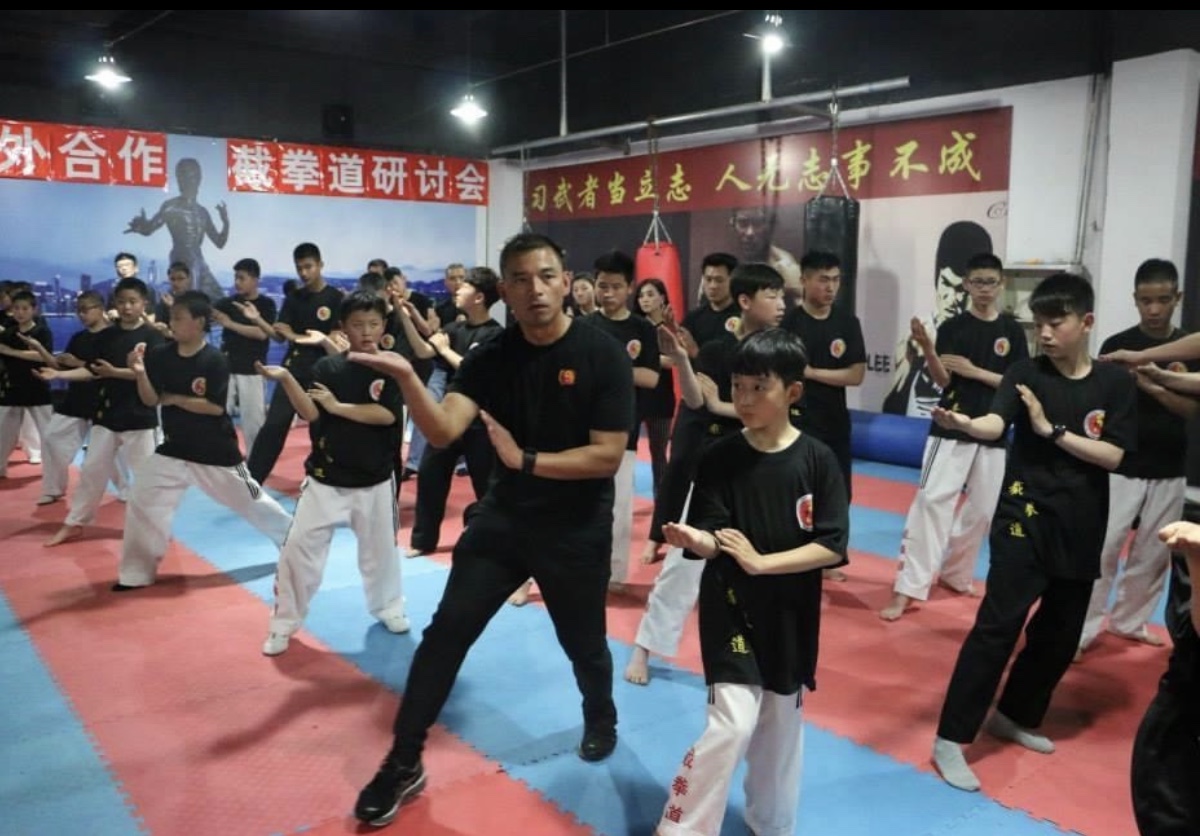 If you had a friend visiting you, what are some of the local spots you’d want to take them around to?
I would take them to the different neighborhoods that have its own uniqueness and culture! and I love the open markets so would take them there! 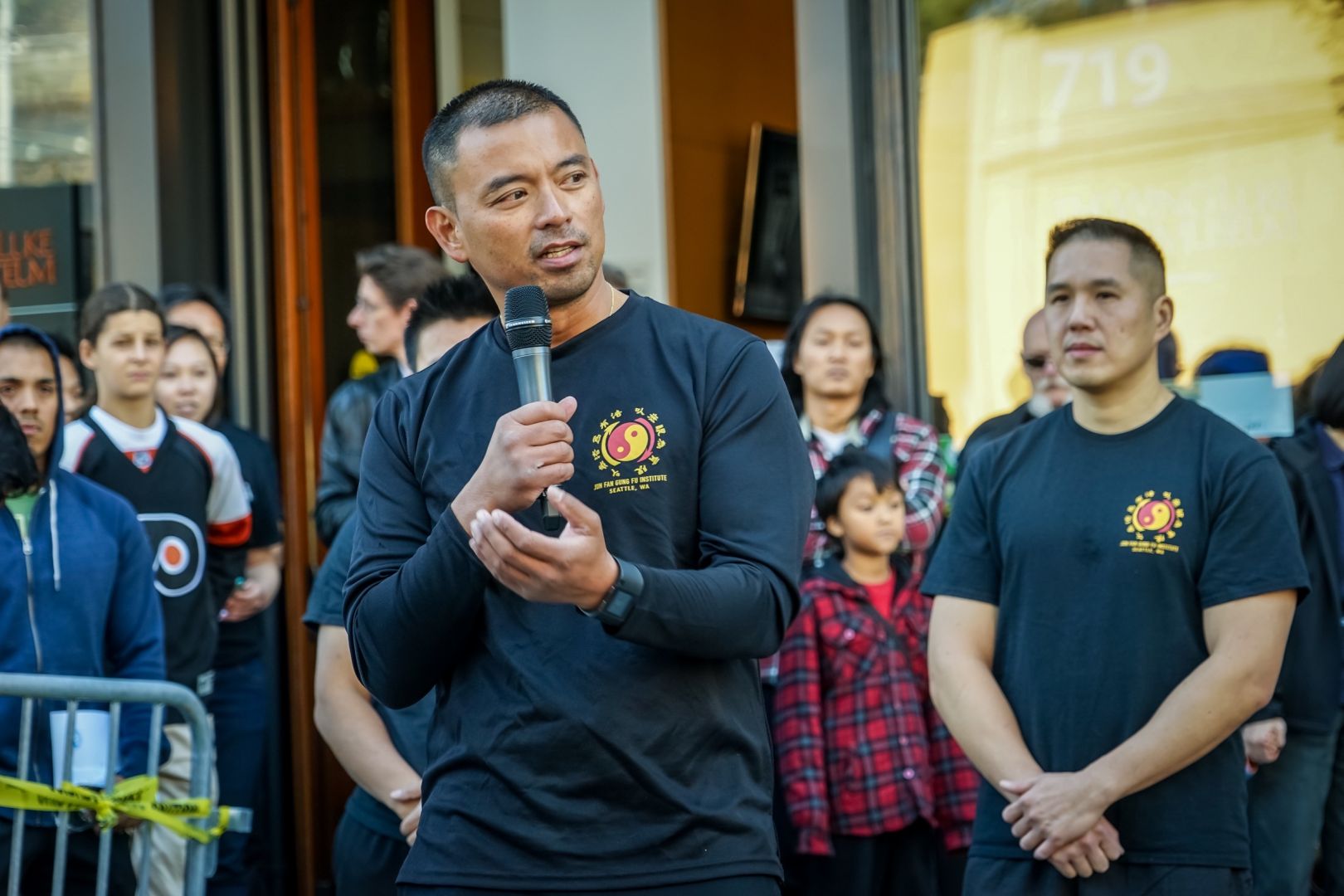 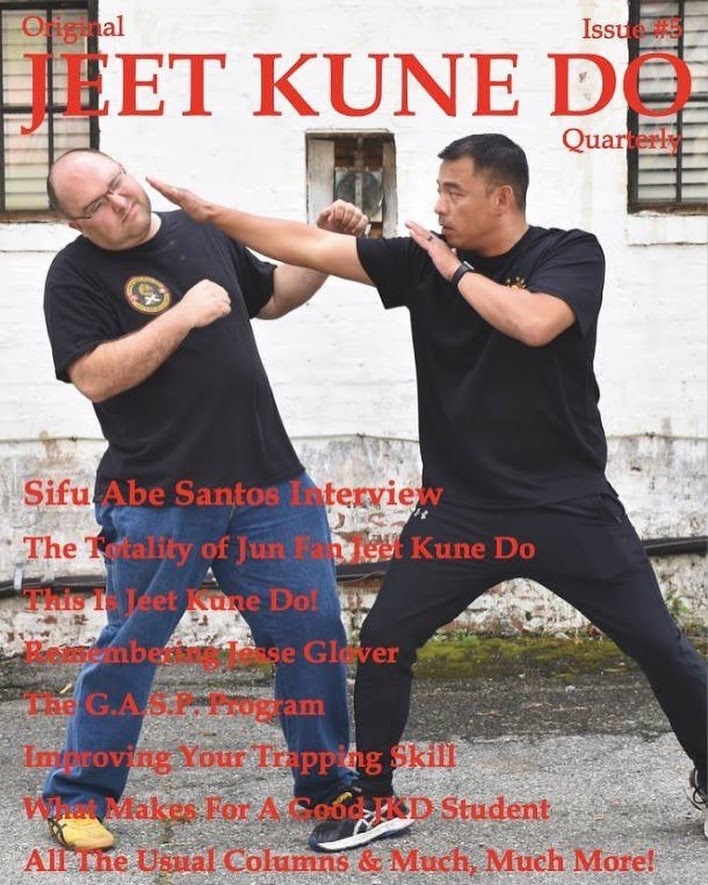 Who else deserves some credit and recognition?
Sifu Taky Kimura is my Sifu and Teacher in Bruce Lee’s art of Jun Fan Jeet Kune Do! But he is also my mentor in life, best friend, and second father to me since first me him in 1983! Linda Lee Cadwell, Bruce Lee’s wife who I have known for 30 years and has supported us when we started the Jun fan Gung Fu Academy and to this day! We value and respect her guidance! Sifu Taky has always told me she was Bruce Lee’s rock and foundation in life!