We had the good fortune of connecting with Liz Vassey and we’ve shared our conversation below.

Hi Liz, what led you to pursuing a creative path professionally?
When I was 2-years-old I had E Coli poisoning, and ended up in the hospital for quite some time. That resulted in a frightened child being poked and prodded and tested without being capable of grasping what was going on. I went in gregarious, and came out very shy and hesitant. A few years later, I saw my sister in a musical and informed my mother that I wanted to try out for the next one. Why? I have absolutely no recollection. But I auditioned and got the part of Oliver in “Oliver” (they needed a girl to hit the high notes), and realized in my first performance that, ironically, I felt more like me than I had in quite some time. Performing literally helped me find my voice. I knew from the age of 9 that I wanted to belong to the “circus” that is show business. I was always very grateful for this decision, as I never had to wrestle with what I wanted to do with my life. I started working in TV when I was 16 and have been ever since. What was wonderful to realize later in my journey was this: any part of the creative life fulfills me. I segued from acting to writing, producing, and directing and when people ask if I miss being in front of the camera, my honest answer is no. What I love to do is create: any way I can. 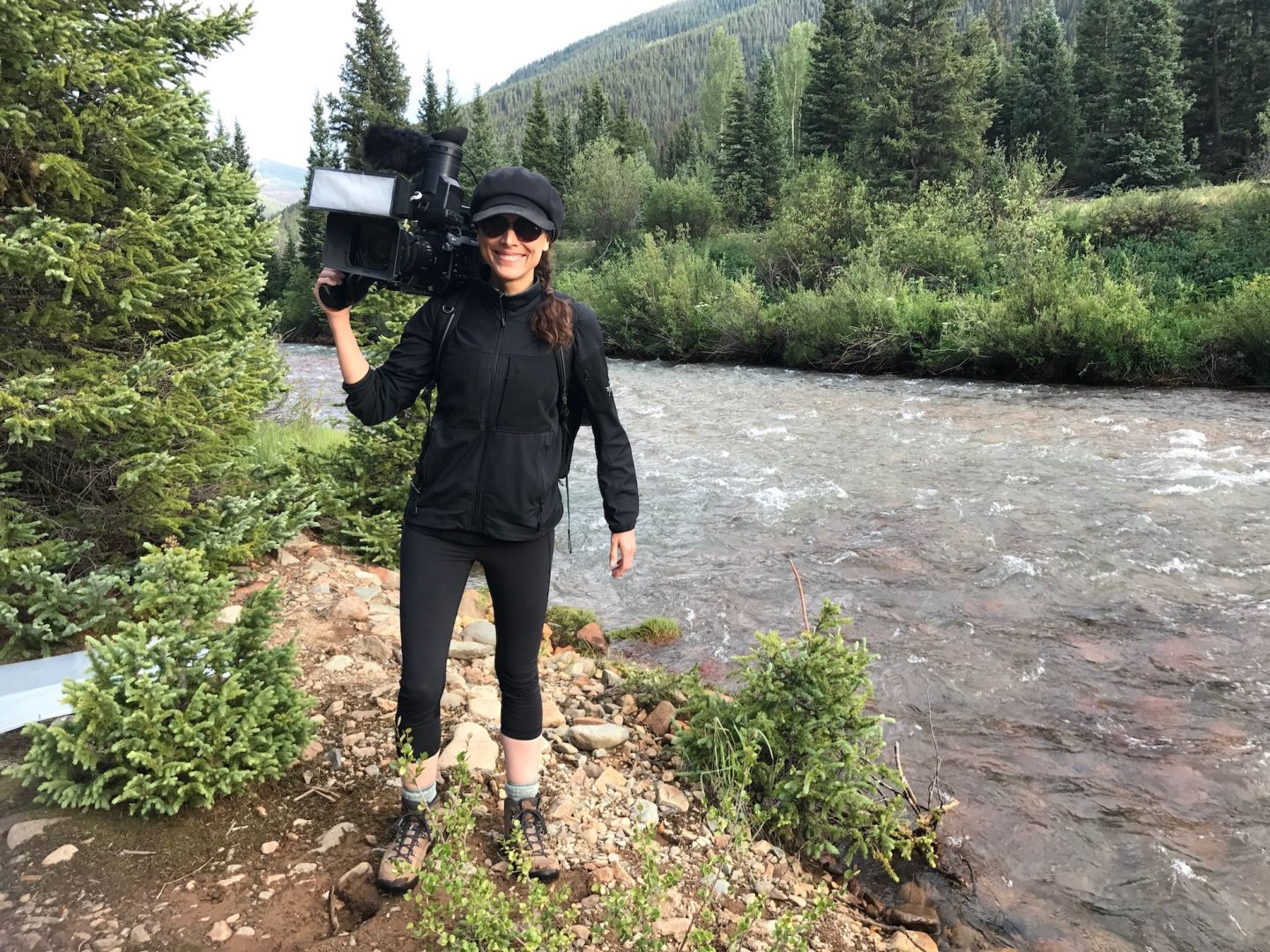 Can you open up a bit about your work and career? We’re big fans and we’d love for our community to learn more about your work.
I started acting at the age of nine, performing in over fifty musicals and plays, and moved to New York at the age of sixteen to join the cast of ALL MY CHILDREN. For my work on that show (and good God it involved a lot of crying), I was fortunate enough to receive my first of two Daytime Emmy nominations. I’ve appeared as a regular or recurring character on twelve television shows including ER, MAXIMUM BOB, NECESSARY ROUGHNESS, BROTHERLY LOVE, PUSH NEVADA, TWO AND A HALF MEN, FOX’s live action version of THE TICK, and, most recently, Season Two of THE TICK reboot on Amazon – incidentally playing a giant talking lobster named Lobstercules. But my most consistent role was my five year run on CSI: CRIME SCENE INVESTIGATION as DNA technician “Wendy Simms.” In addition to acting, I am a writer. I co-wrote an episode of CSI during my last season, and have since sold six television pilots and a TV movie, developing for such networks and studios as NBC, Freeform, Universal, Netflix, and CW. An avid runner, I recently made my directorial debut with the documentary feature, THE HUMAN RACE, which focuses on runners over the age of fifty. It was released globally and can be found on Amazon, iTunes, Google Play, or thirty other platforms. This movie means the world to me, because I want to change the way we look at people “of a certain age” and change the way they look at themselves. 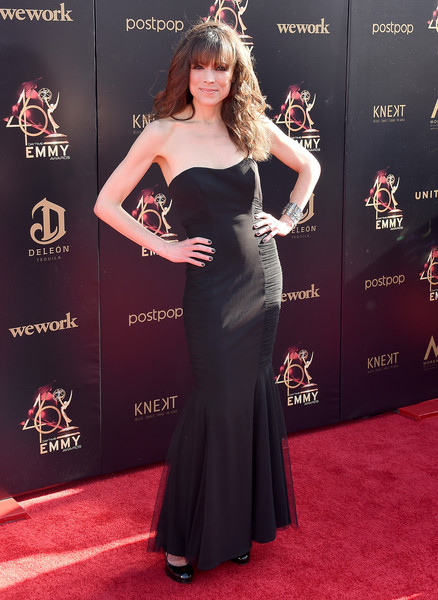 Any places to eat or things to do that you can share with our readers? If they have a friend visiting town, what are some spots they could take them to?
Sites: Hollywood sign, Hollywood Blvd, Venice Canals, LACMA, the Broad, the Gamble House, Huntington Gardens, Larchmont Blvd, downtown, Norton Simon, Griffith Park, the Getty, and the beach. Food: Vincenti Brentwood, Pace, Crossroads, JAR, Pecorino, K Chocolate Bar: Chateau Marmont, Mini Bar, The Edison 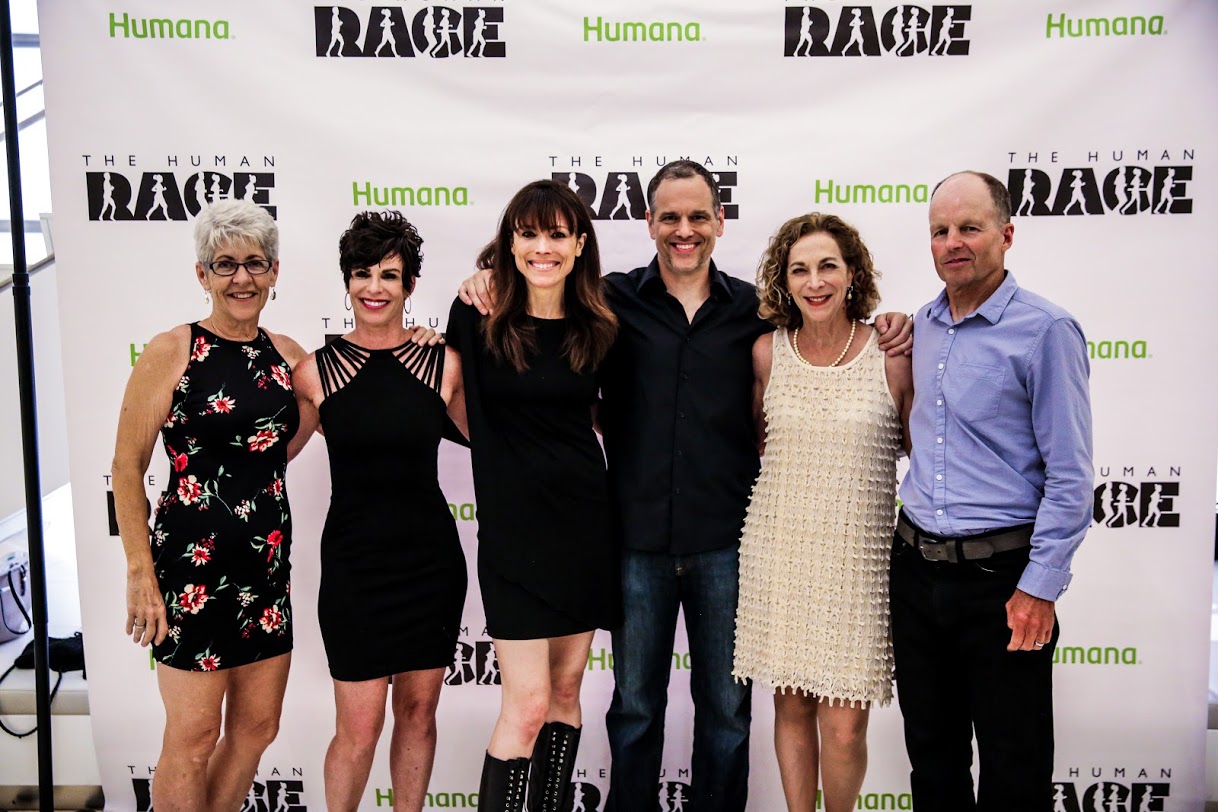 Who else deserves some credit and recognition?
Nancy Vassey – my late mother – for believing in me without fail and always letting me know that if this fickle business no longer brought me joy then I should leave it David Emmerichs – my husband – for being a beacon of support and reading more rough drafts and running more lines than anyone on the planet Naren Shanker – for asking me to write a CSI episode and inadvertently starting a new phase of my career Joan D’Incecco – the late casting director – for seeing something in a frizzy haired kid from FL and putting her on “All My Children” Harry Frain – my late friend and one of my very first directors – for bringing magic in my life right when I needed it