We had the good fortune of connecting with Lyndon Laveaux and we’ve shared our conversation below.

Hi Lyndon, can you share a quote or affirmation with us?
An affirmation that resonates dearly to my soul, would be an amalgamation of a couple of them, ranging from Maya Angelou to James Baldwin to Jim Morrison, but I believe I can break down the soul of those mentioned and many more into two sentences; “I’m enough and I’m worthy.” I spent years being timid by my own voice, not trusting myself, living through people’s eyes, but once I began to discover self love I began to have faith in my intuition and my creative spirit. I believe having self love also helps in having empathy, once you began to see your fellow man as another part of you, having their own struggle, adversaries, your heart can open, ego can step aside. For example when black people say Black Lives Matter, we’re not saying “more than yours”, just the bare minimum , “matters”, I love the quotes I mention earlier because it’s a reminder, particularly to those who look like me and who come in variant shades of that, even though we see constant images of our lives being discredited, that we see those in power abuse us, especially those who carry the burden of slavery, and the systematic disadvantages that were set up to keep us at the bottom, that in spite of all that, you are enough and you matter. Once you acknowledge you’re own shadows, your own pain, it becomes easier to see yourself in others. Empathy is what’s gonna bring about unity, once we see ourselves in a 12 year old’s mother who lost her son because he was playing with a toy, or ourselves in a man who lost his brother to a man who is supposed to serve and protect, but killed him instead, we can begin to have those difficult conversations, that will be the catalyst for Dr. King’s dream. It all starts with self love. 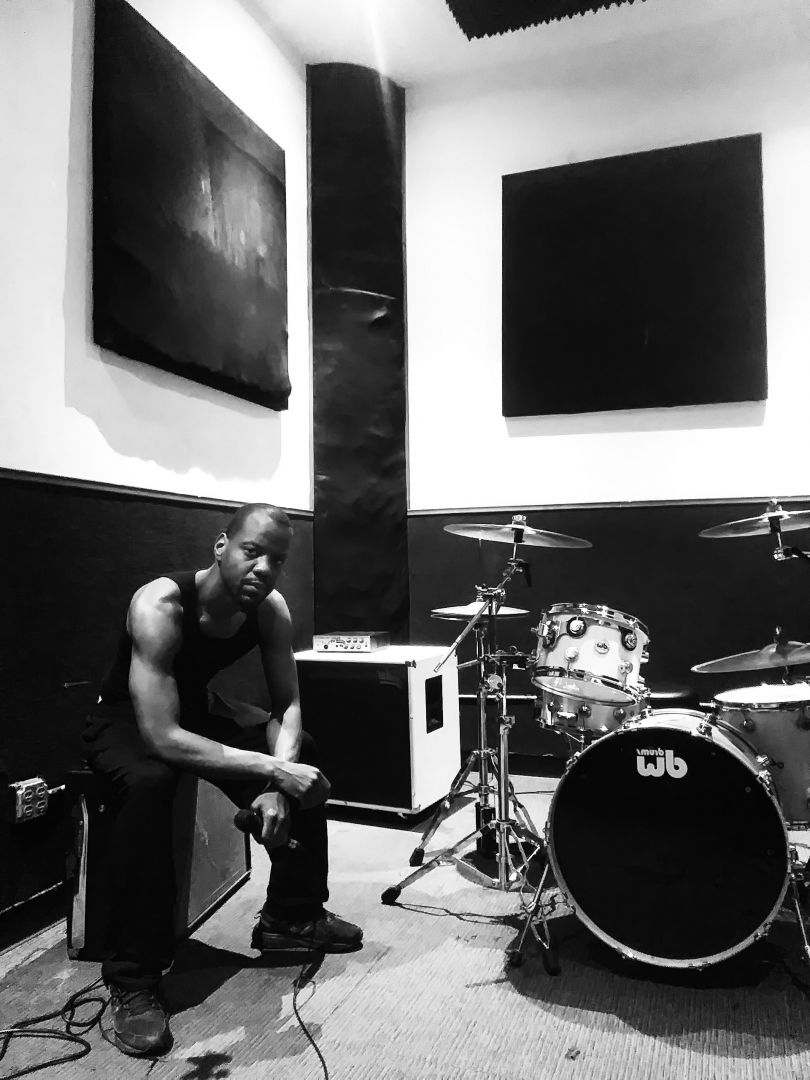 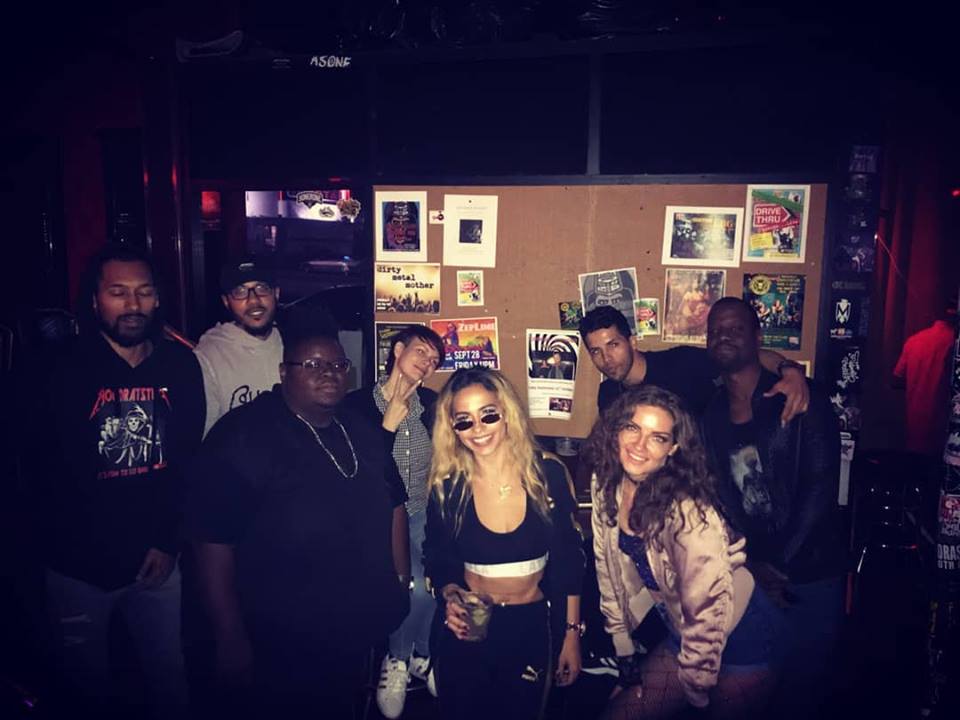 Alright, so let’s move onto what keeps you busy professionally?
I am a working artist. I’m an actor, rapper, writer, sometimes dancer, martial artists. I believe what sets me apart, is my tenacity and drive, plus I keep other artists around me who push me to be the best version of myself, not only artistically but as a human being. Take my theatre company Not Another Theatre Company, lead by the incredibly talented Lacy Blake-Vetter , everyone of those members challenges me in the best way. Those who I create with sonically have aided my growth immensely, Ray Mitchell, Disanti, The Track Burnaz, have all had a hand in my growth. They say you’re the average of the 5 people you keep around you, well I lucked out and got The Avengers in my circle. The challenges that come with artistic endeavours can be numerous, as someone who deals with anxiety/depression on a regular doubt seeps in constantly, but learning to keep myself open to new ideas, constructive criticism, and acknowledging growth while simultaneously being aware that you never stop learning has aided me in abundance on my journey as an artist.The amount of lessons came in the form of what could be considered losses, I remember in 2013, I put out a mixtape that wasn’t received well, but it forced me to ask the question am I involved in this craft because of the possibility of clout or because I love it, due to the fact that it was the latter I just kept working at the craft of being an MC, eventually getting the attention of producers with plaques, a few couple of 1000 streams later, I began doing something right, but the lesson is you have to love it. There are gonna be days where it’s not glamorous, but the love will sustain you. I had close friends, family telling me to quit music but the love of it is what kept me in it, what aided me growing in it. I want people to see me as someone who did their best in everything they touched, who cared, who loved honestly. I’m an artist never satisfied, always in search of my next level, trusting that although truly grateful for how much of the mountain I’ve climbed, I know there are new heights to reach. 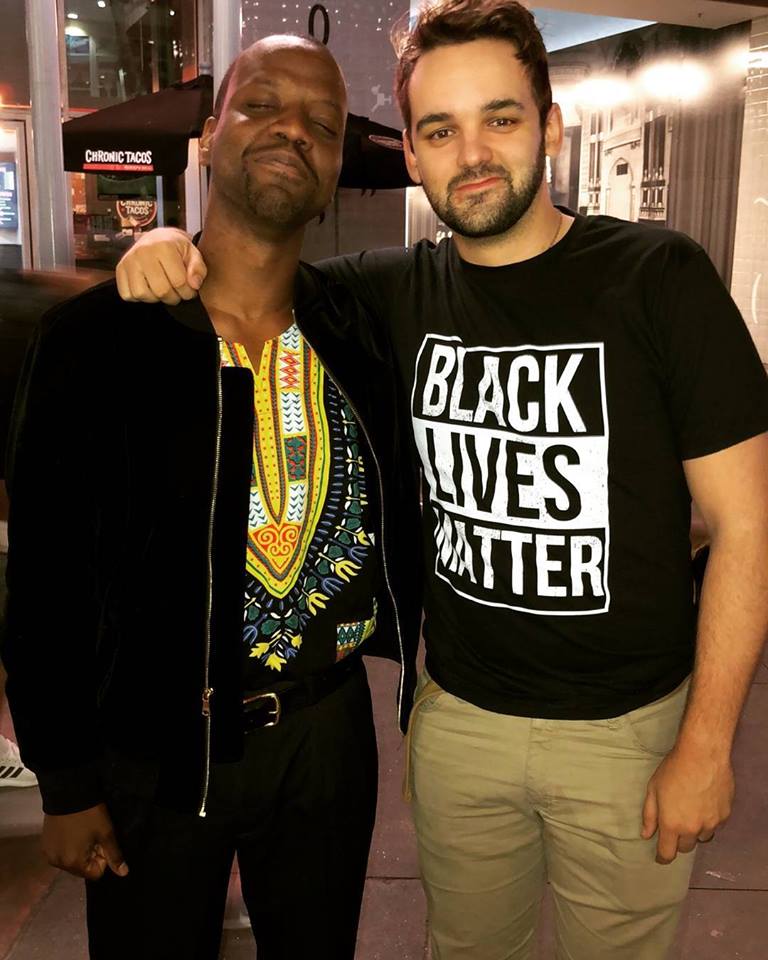 If you had a friend visiting you, what are some of the local spots you’d want to take them around to?
My favorite, Japanese restaurant, the park, the beach, the pier near the beach. Book stores, museums, and of course, the malls and shopping centers. 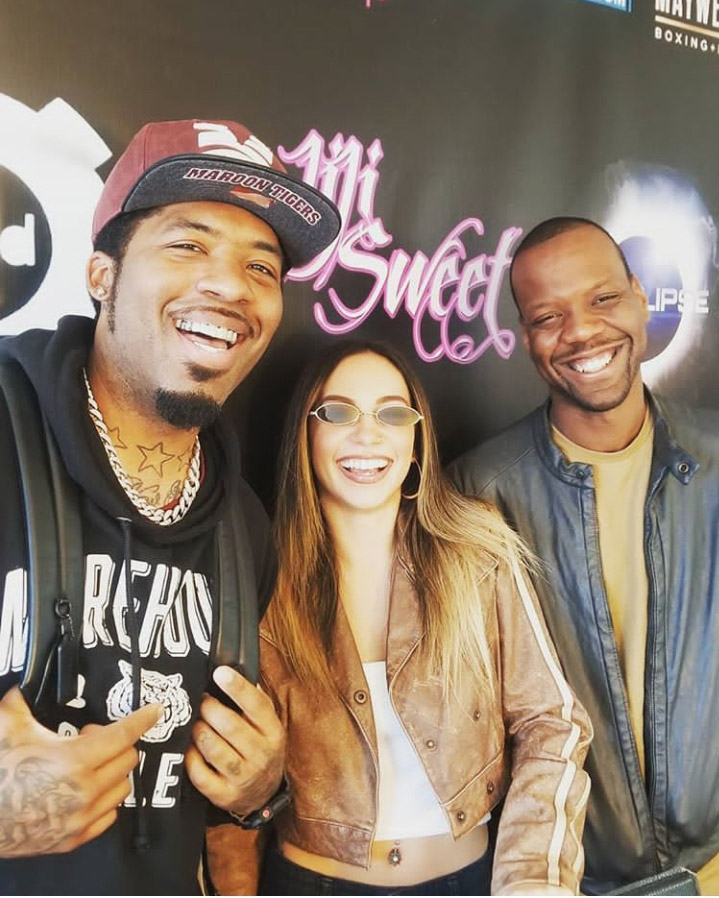 Who else deserves some credit and recognition?
Man, there are so many people, I’ll do my best to remember them all, forgive me if I don’t the list can be lengthy. First up would be my mother, she always encouraged me to be myself and trust my voice.Her strength,her perseverance at all life threw at her is nothing less than admirable. My brothers David/Evints who passed in 2016, they were such amazing human beings, and hustlers. I’m motivated to keep them proud. Some of my closest friends who I consider family. Dooley Sheen, gave me a fantastic foundation in Hip Hop as an MC, he’s been there through many heart wrenching events in my life. Ruben Raymond of The Track Burnaz, has been one of my best friends since we were kids, he always spoke to my potential and believed in me when I didn’t. The First Lady of Swaggfia Disanti, has been in the trenches with me for close to 10 years, she’s my artistic partner and rhyme, another voice of hope when I felt hopeless. Ray Mitchell helped me grow as a recording artist, my first engineer before him Joshua Hockey was a great mentor when I started recording for real. My childhood friend Zack, I’ve always admired him as a human being and an artist. My sisters Ashley, Danielli and Stephany AKA Jada, they have seen me in some of my darkest moments, loved me unconditionally when I felt unlovable and usually they’re just a phone call away. All my teachers throughout my schooling, folks who stick out Diego Villada , Joshua Lamboy,and Tim Brown. Those guys are like my big brothers, especially Tim, countless times he has helped, and mentored me through a situation.Alex and Adrianne Jackson, too many memories to list, love those girls to death. All my artistic colleagues,friends I’ve made through the years who motivated me to be the best version of myself, Barry Gibbs, Julio Liverpool, Meikoh Bowen, Brandon Youngblood, Nicole Litchenstein, Josh Vetter, The Track Burnaz,Young Tez,Beach, Robin Taylor, NATC,Nathan,Abigail, Tristan Bankston, Rob Markman, Reallz, Rybe, The Wily Rogue, Qurfew, UNG,among many more. So many authors to thank, from the Dali Lama,to Michelle Obama. To every artists that’s moved my soul, thank you.