We had the good fortune of connecting with Matt Fore and we’ve shared our conversation below.

Hi Matt, why did you pursue a creative career?
Ever since I was little kid in elementary school, I always had wanted to make movies. I could never really draw or paint, but I could always read and write well above my grade level, and always dreamed of making my own movie — the first handful, of course, being my own take on existing films I was into at the time, like a version of “Aliens” with all of my elementary school friends as Space Marines taking on the alien menace, or a version of “The Terminator” with kids my own age, or even a “Jurassic Park” knockoff (never mind the budget it would take to even remotely pull something off like that). But, finally, around 6th Grade, I finally managed to pull it off with a small group of friends — on my parent’s Sony 8mm video camcorder in 1996, we made “Psycho Kid,” a 6-minute horror film. I was hooked. It was at this moment I knew this is what I wanted to do for the rest of my life — I had stewed and marinated in these ideas of making movies for years prior, but now I had actually done it. Middle school and high school saw the progression and growth of my potential through 25+ short films, which eventually led me to enroll in the prestigious Brooks Institute of Photography, which coincidently enough, opened its Film Program campus in my hometown the same year I graduated high school. I made the big move down to Los Angeles in 2005 and have been pursuing the life of a freelance cinematographer ever since then, experiencing the ups and downs, but acknowledge that the overall arc is always bending ever upwards — each year brings new projects and people to work with to further this relatively insane creative career path I’ve chosen. To be honest, I can’t imagine doing anything else. I’m able to fulfill my artistic and creative needs through the visual media of film and also make a living at it. I feel like 10-year-old me wouldn’t believe this was all possible. 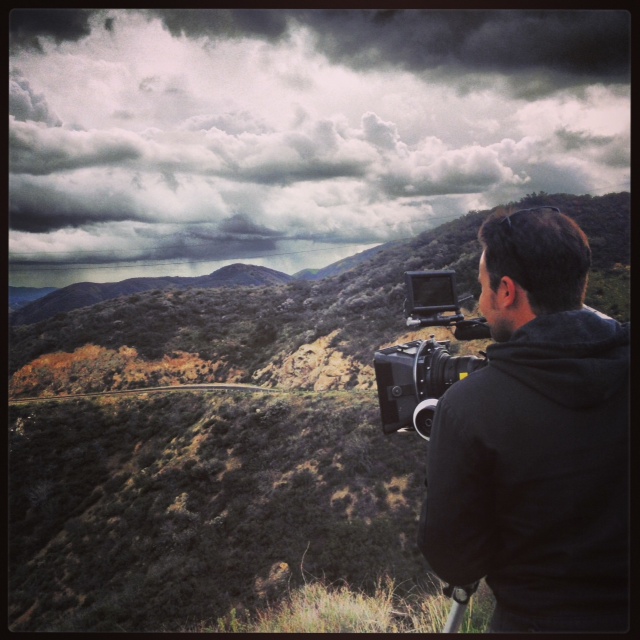 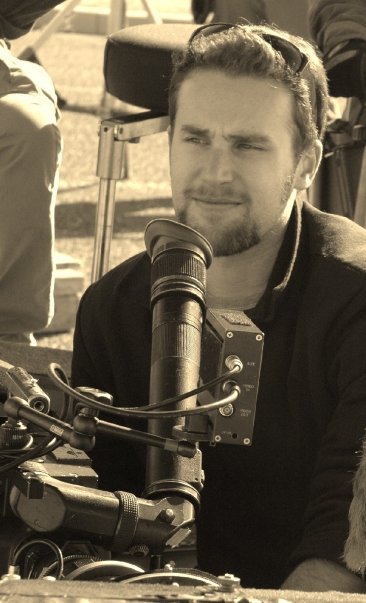 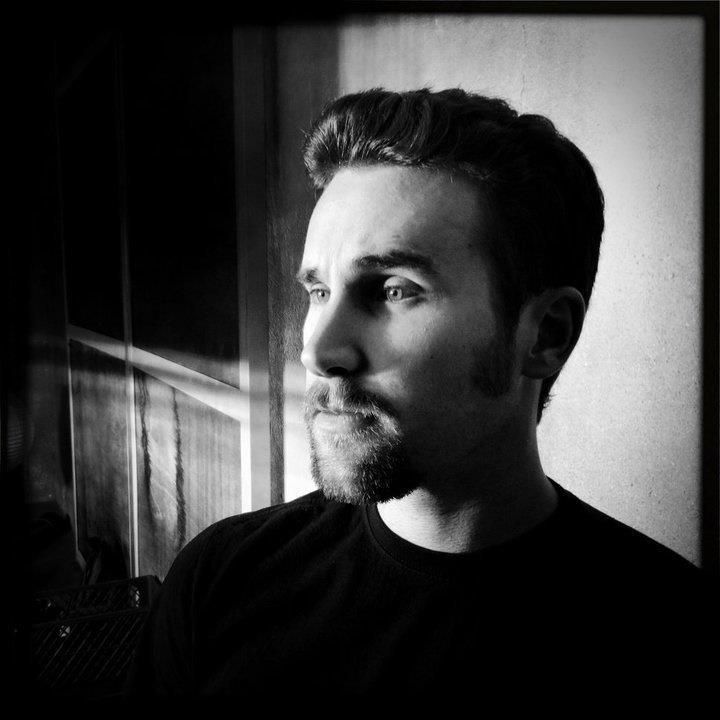 Let’s talk shop? Tell us more about your career, what can you share with our community?
It’s pretty neat to look back on 15 years of freelance cinematography and to be able to see the overall upward-arcing trend of projects and the ability for me to make a living at what I dreamed of doing as a child. While I wouldn’t say this journey has been a completely smooth road, but I feel fortunate to have worked as much as I have, even in those early days of making $100/day for 16 hours on a film that would never see the light of day. I gained experience, and as Conrad Hall once said even in his eighties, “I never stop learning — I learn something new on every set.” I wouldn’t trade those hard days of lost sleep and awful coffee for anything, While I managed to book cinematographer jobs including two feature films back-to-back in the first year in LA, I also took on other film set roles to fill the financial gaps to keep myself afloat. I’d play the role of Gaffer and design and implement lighting, as well as camera, operate a 2nd or third camera on a multi-camera gig. Anything in the realm of camera and lighting had me hooked, and also provided me an income, even though sometimes it was a small pittance in the beginning — I could support myself doing what I wanted to do. Turnarounds were another hurdle — if one job ended at 3 am, and I had booked a job at 6 am the next day, the only choice was to grin, bear it, and jump right in. Deep diving fully into being a cinematographer right out of film school with no side job was financially difficult the first few years (I might suggest getting a handful of roommates to share the financial burden), but the persistence has decidedly paid off. As a friend of mine recently said, “I’m not wondering IF the phone will ring with a job, but just waiting for WHEN.” There is a certain intangible feeling that’s arisen over the past few years of some sort of a sense of job security (which should be considered somewhat bonkers in this unpredictable freelance world I inhabit), where I’ll never know what’s next on the horizon, but always know that something will, in fact, be there. 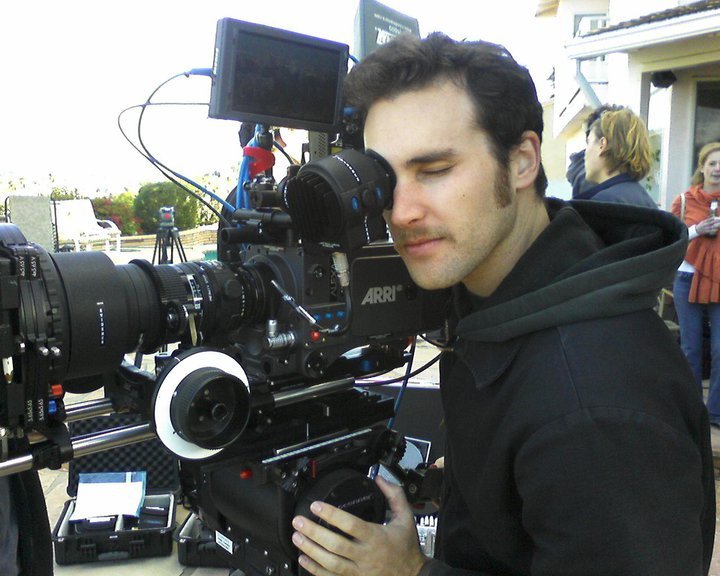 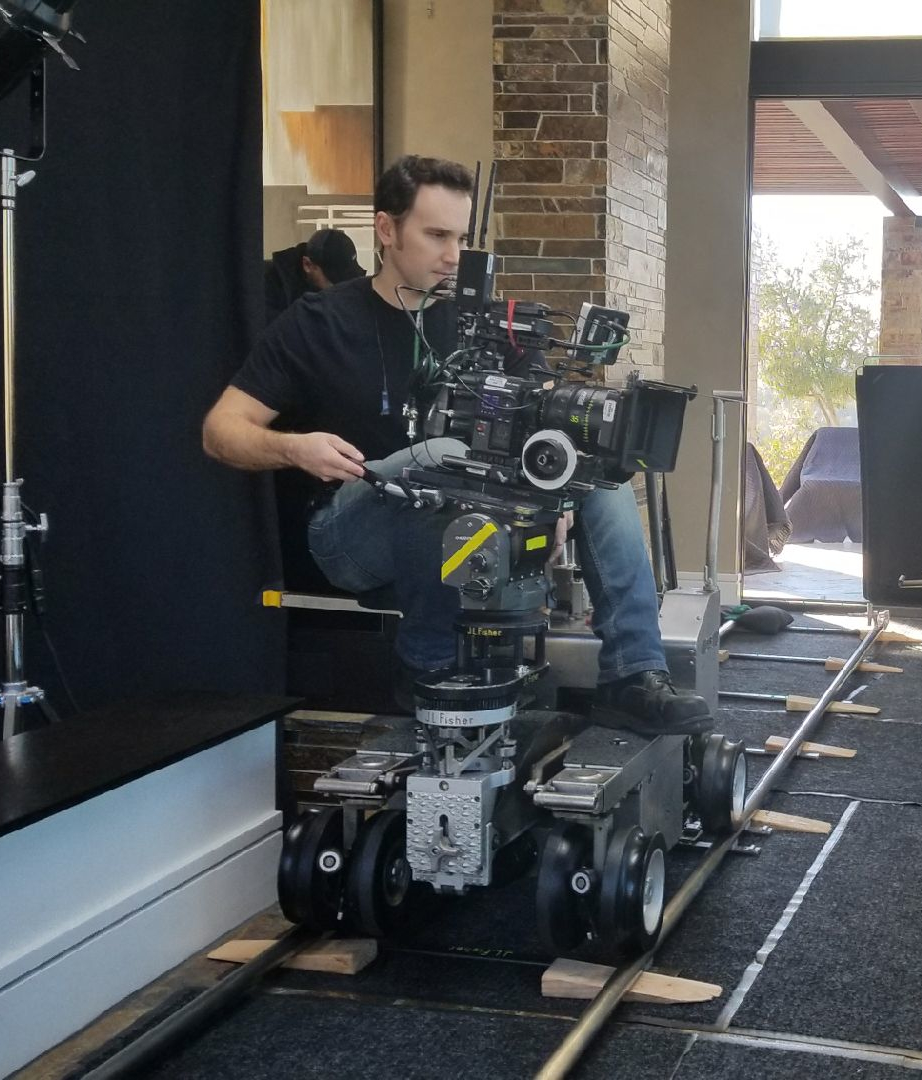 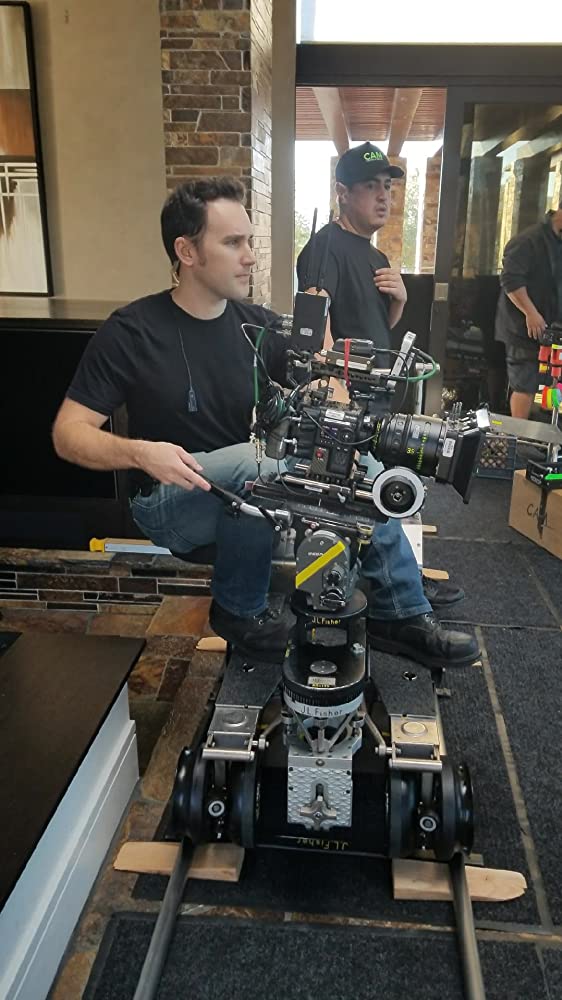 Any great local spots you’d like to shoutout?
I’m a big fan of hiking in general, and have recently discovered many new hiking trails around Los Angeles — beyond the standard go-to’s like Fryman or Runyon Canyon, I’d definitely recommend the Cave of Munits in the West Hills area of LA’s San Fernando Valley, as well as Echo Mountain out towards Altadena, which boasts the remnants of an old railroad system and foundation of a spa from the early 1900s at the top of the mountain. You also can’t go wrong with a drive through Malibu and it’s canyons such as Topanga, Kanan, Las Virgenes and more — a quick 30-minute drive can put you in places that don’t feel like Los Angeles in the slightest. The restaurant and sushi scene in Studio City is also top-notch, from craft beer taverns to premium BBQ or organic/vegan establishments at the top of their game. One must also take in a movie or two at any of the local Arclight Cinemas — it’s a true moviegoer’s and cinephile’s dream to explore everything Hollywood. 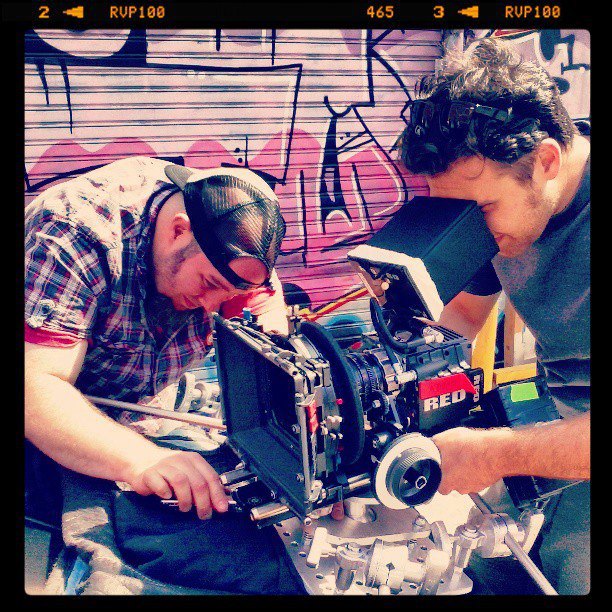 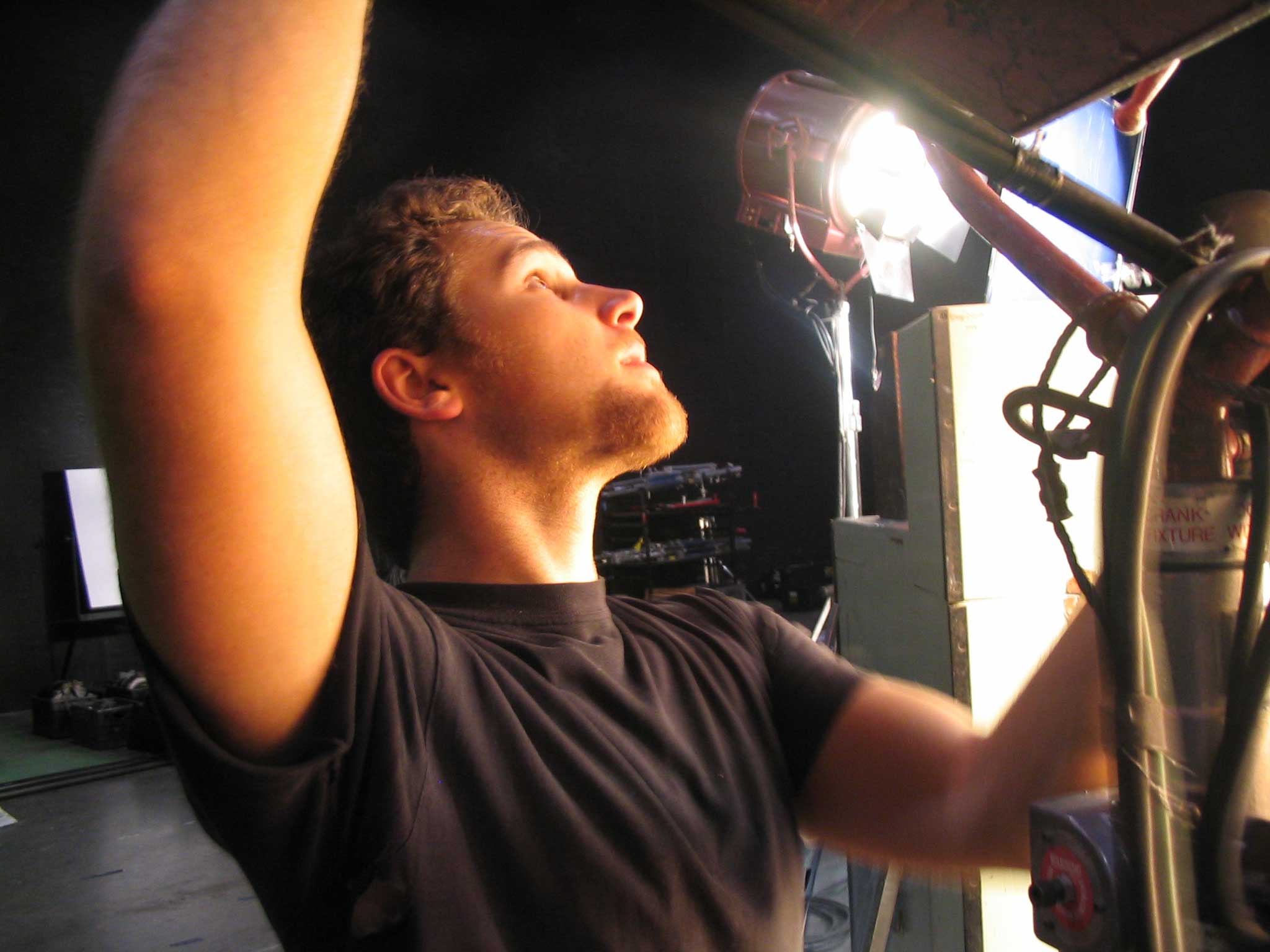 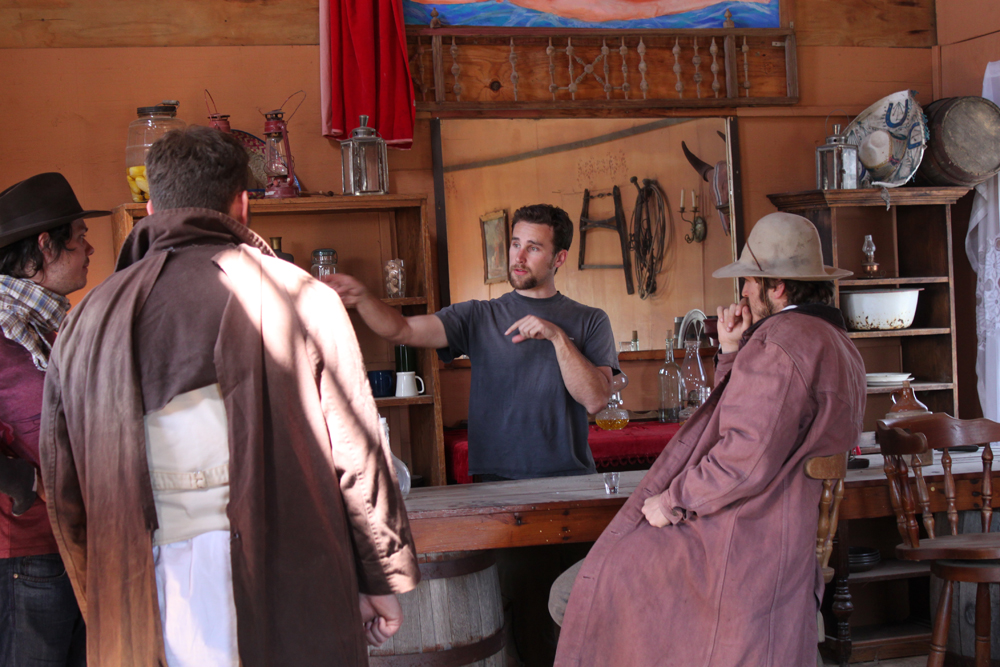 The Shoutout series is all about recognizing that our success and where we are in life is at least somewhat thanks to the efforts, support, mentorship, love and encouragement of others. So is there someone that you want to dedicate your shoutout to?
Looking back at my formative years, I really have to thank my parents for being as supportive as they were and continue to be to this day. If they hadn’t bought that Sony 8mm HandyCam camcorder in 1994, where would I be today? They made my dreams possible and supported me — they didn’t mind me taking over the living room to setup a scene to be shot after they both worked a full day, or me spending full weekends in my room making stop-motion animations with my action figures. They let me discover, try, fail, and try again, and then supported me all through film school. My group of friends were also the perfect match for a guy like me at those young ages — Owen Thayer, Sean De Leon, Jared Martin — we learned by doing (and by doing it the wrong way until we found the right way), but it’s like we had our own 8-year film school before I officially went off to college. I really did luck out to get to know such an incredible peer group when I did. And lastly, my wife, partner, and better half Kathryne Isabelle Easton — where would I be without her? We met on set 12 years ago — she was acting and I was the cameraman — and here we are today with our own production company, Abhorrent Behavior, LLC producing and creating our own content while continuing to make everything else happen and always “Running Up That Hill” each and every day.