We had the good fortune of connecting with 6 Points and we’ve shared our conversation below.

Hi 6 Points, we’d love to hear more about your end-goal, professionally.
The end goal for me is to have my music last forever. I really strive on making music that is so undeniable that even if you’re not a fan of that genre – When you hear a song from 6 Points you ATLEAST like that one. I look forward to making an impact on the culture of music. I’d be honored if my impact was to garner Grammy’s, Awards, and other musical recognition. 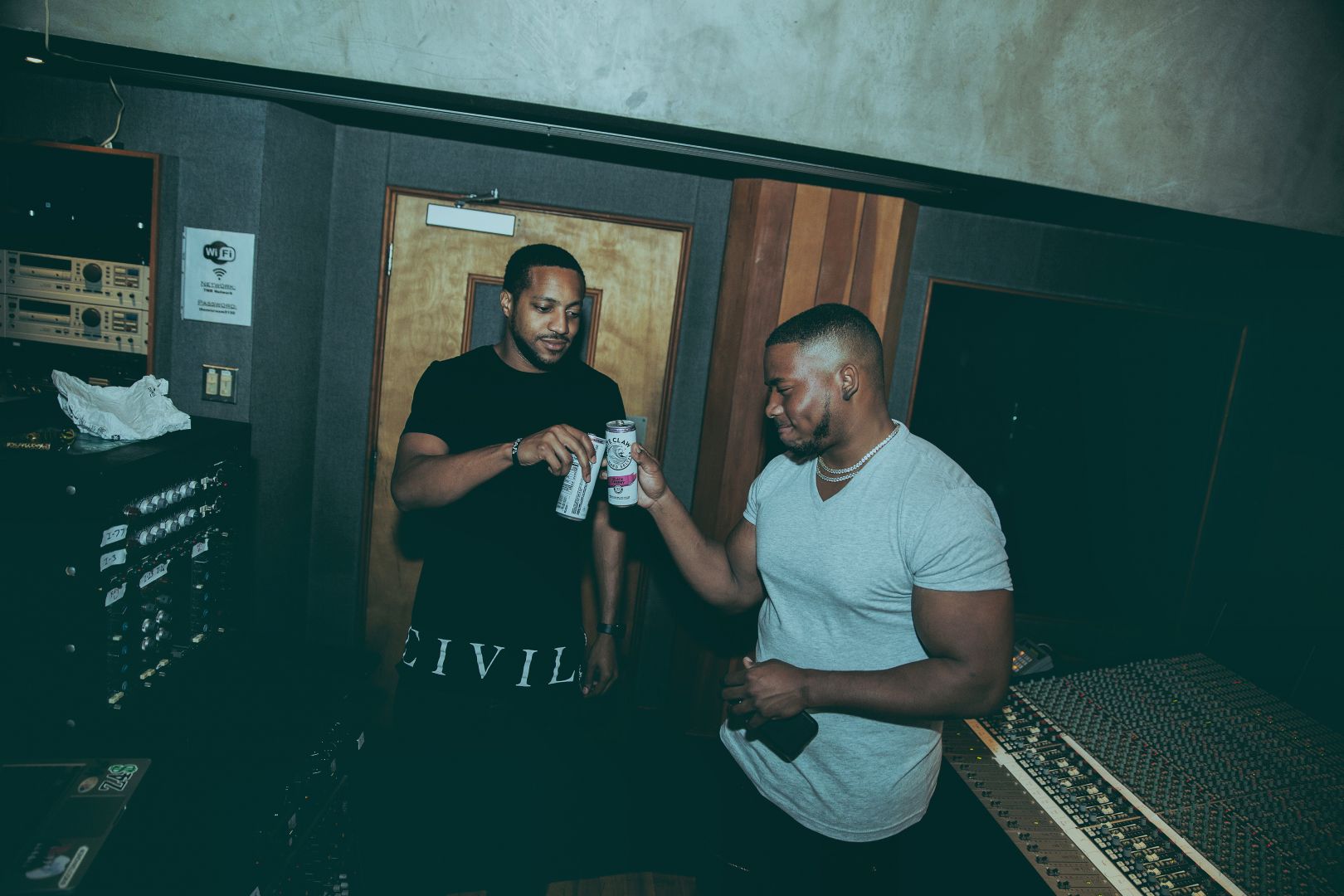 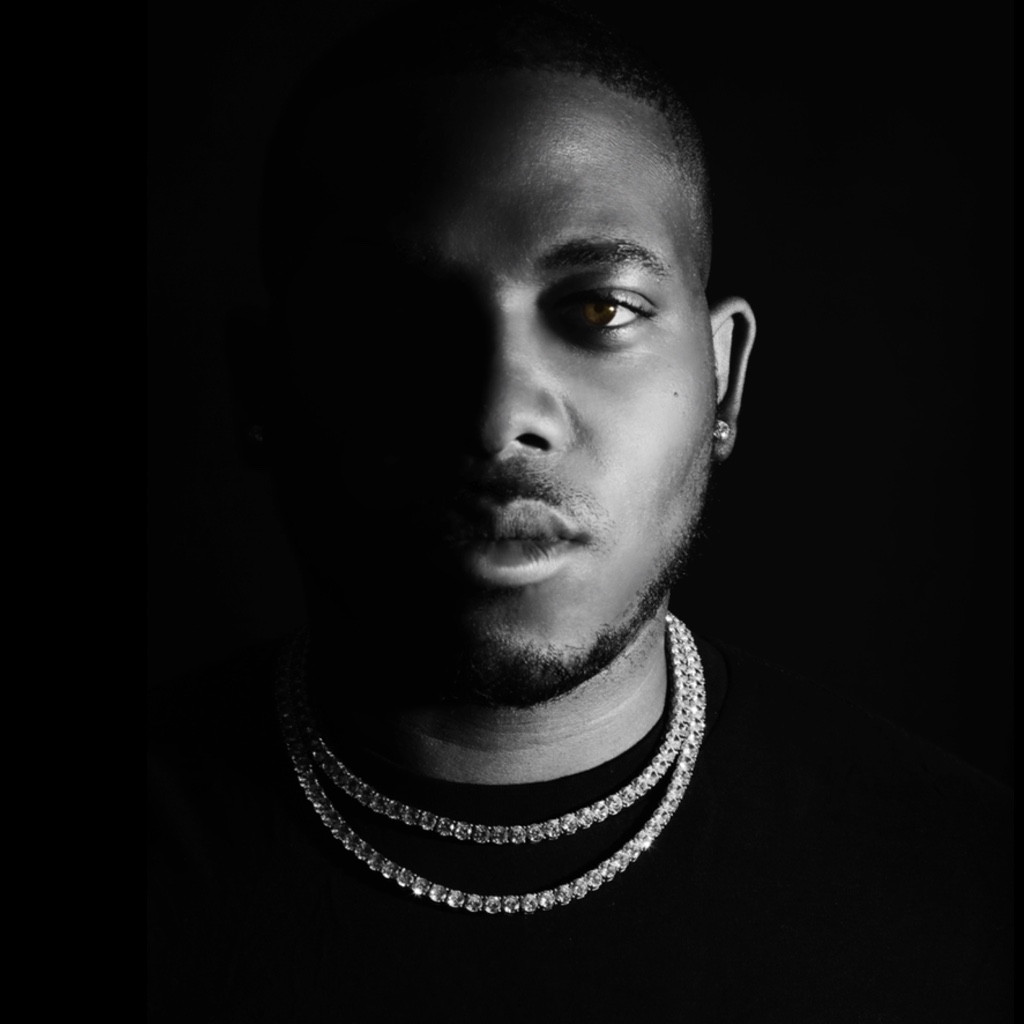 Let’s talk shop? Tell us more about your career, what can you share with our community?
It started when I tried out for the 6th-grade band as a percussionist. I, unfortunately, did not make the cut because the rhythm test got the better of me. However, I eagerly asked for another opportunity and passed it with flying colors! That led to the honors band for the rest of middle school, and it also led to me making the drumline in high school.

In high school, I was very much into football, baseball, and band. However, I decided to focus more on football because I felt that would give me the best shot at earning a full-ride scholarship. With that decision, I was fortunate enough to get that scholarship to play Division I or FBS football as a Running Back for the United States Naval Academy. As a freshman at the Naval Academy, or ‘Plebe’ as they say, that is where I learned about music production. One day after practice I walked in on one of my senior teammates as he was making a beat on a popular program called FL Studio. I asked him if that is how hip hop was made? He informed me that it is one of the ways that music is made. My mind was BLOWN!! He then showed me a few tips and gave me the program. I took the program and started practicing. 12 years and here I am! I have not looked back since!

After 3 years at Navy, I transferred back to my home state of Texas. I decided to attend Texas State University to allow me a chance to make the NFL without a military obligation. Unfortunately for me at the time, I ended up tearing my Achilles the first week of practice and missed the whole season anyway. I was crushed and devastated. But, I was determined not to let this setback hold me back from being who I needed to be in life. I looked adversity dead in its eyes and refused to give in so easily. I decided to look on the brighter side and realized that I am going through this right now for a reason. I told myself that if I work harder than everybody now, then it will prepare me for when I get my shot to play again. I would be faster and stronger than my competition. I also knew since I had missed the football season, it would give me ample time to start perfecting my craft with Music. I bounced back the following season with a solid year. But since I was perfecting my music, I got in contact with the guy that handles the stadium music at Texas State. I told him that I had been making beats and asked if I could have them played in the stadium during the warm-ups of the football game. Sure enough, I came out of the locker room for pre-game that Saturday, and the stadium had my beats blasting through the speakers! I was PUMPED and, so were my teammates. I ended up having a solid career at Texas State with opportunities to play in the NFL. However, due to multiple untimely injuries, I realized God was telling me he has a different path for my life. Throughout my time at Texas State, I was able to graduate with a Degree in Economics, increase my skill in music production, and play top-level college football.

After graduating, I teamed up with an up and coming artist. During that summer, we worked together on a project as a demo to put him on the map! After completion of the project, we presented it to the VP of Atlantic Records at the time. The VP liked the project so much that he signed my guy as an artist to Atlantic Records! In April of 2016, I attended the ASCAP Expo, and my life changed forever! I was able to link with some like-minded individuals and learned a lot from the different informational panels. One of the panels I stopped by was Westlake Studios (Michael Jackson’s old studio). There they asked to hear a song that I was working on at the time. I presented a song that got them instantly got excited. They said I had a lot of potential and offered me to come to their studio to attend their school Cre8 Music Academy. Later that year, I attended their school, and, there I learned a lot about music production and audio recording. Since graduating from Cre8, my music is better than it ever would have been. I am extremely thankful for Westlake for coaching me up on what I needed to excel in this industry. I had a meeting with one of the owners and, he convinced me to quit my day job in Houston and move to LA. He told me the only way I would achieve my dreams in this music industry was if I let go of my security blanket and just put my everything into my music career. I listened and moved my whole life to the west coast! I am now a professional music producer that has had the pleasure of working with some of the most notable guys in the industry. My sound has increased dramatically ever since I moved to LA and, I am only going to go up from here! I have had the pleasure of working with Nick Cooper (Vocal coach for Beyoncé, Katy Perry, Nikki Minaj, Zendaya, Bryson Tiller, etc.) I also worked with Tiger da Writer (wrote the smash hit ‘Yeah’ by Usher) and Antonio Reid Jr. (LA Reid’s son) on a few songs. I have been fortunate enough to win a few beat battles that resulted in a lot of exposure for me here in LA. One notable achievement I received recently was a “Producer Spotlight” on the music app called Voisey. That has turned my demand up even more! The thing that I am most proud of is earning a distribution deal with Equity Distribution for my Record Label MVM (Most Valuable Records). They will promote any music that I release, and, is a HUGE step in the right direction. I am currently scouting for the next talent, so know MVM is going to be a force to be reckoned with!

I have had a lot of ups and downs in my life that I decided not to mention. But, every step of my journey has prepared me for my responsibilities moving forward. I chose the name 6 Points because of my football experience. I have always wanted to make a big contribution to the teams I was on. So, the best way I could do that was by scoring a touchdown. Since you can’t score touchdowns in music… I feel as if each beat I make is as good as scoring a touchdown. That means the artist does not have to do too much. All they have to do is make the extra point, and we are going to win! But, if they really want to run up the score, then go for 2! Let’s make it 8 points and get a Grammy!!!

With all that being said thank you for reading this far, and I can’t wait to show you what’s happening next! Stay tuned ~~~ 6 Points 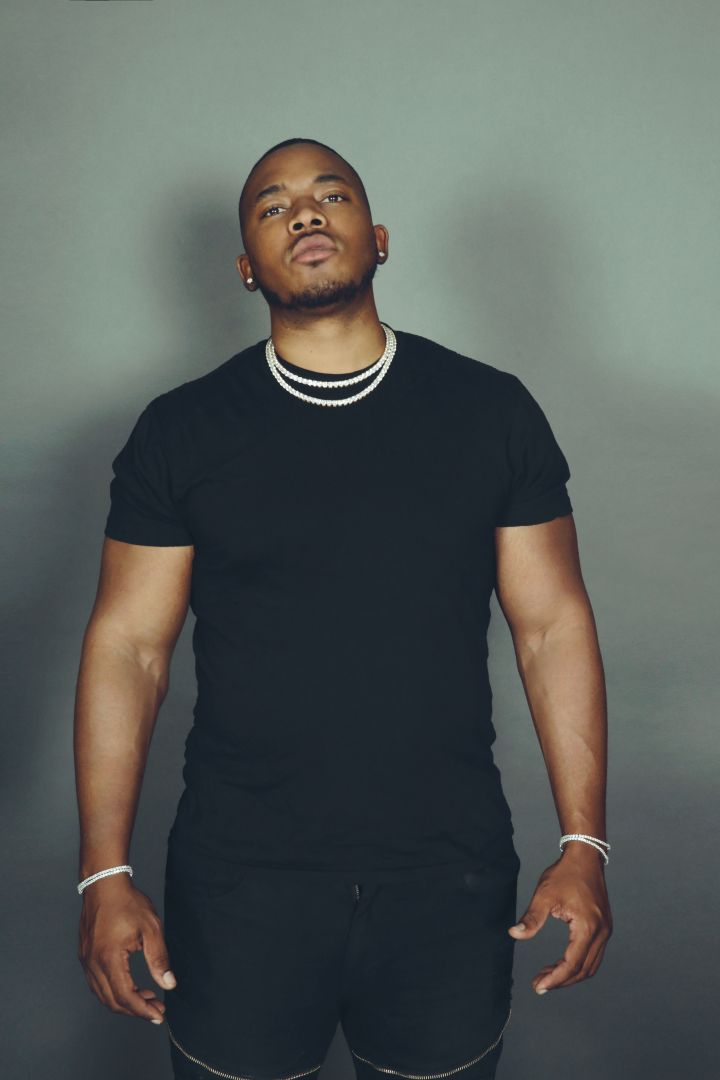 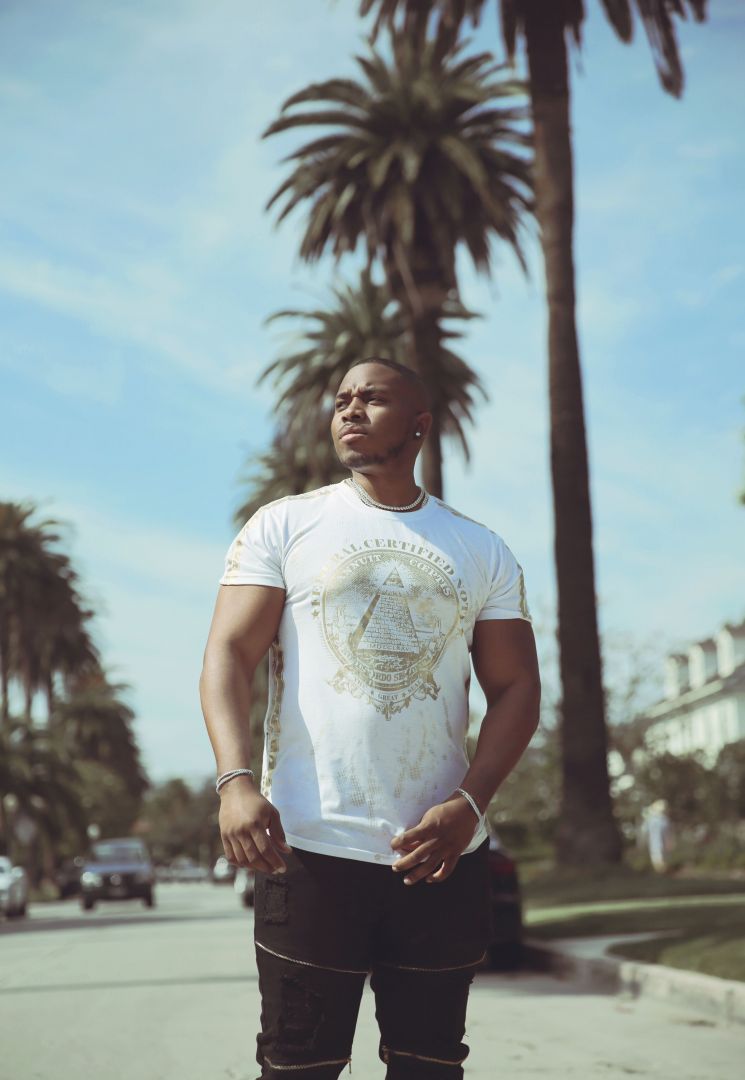 Mannn… I’d definitely have to take them to Malibu and Calabasas so they can feel the prestigious vibe of being out here. 1st stop would easily have to be Roscoe’s Chicken and Waffles in Inglewood. That’s by far my favorite spot, and they never disappoint. I would take them to Duke’s in Malibu for some tasty seafood. Crustacean is also a definite must for seafood in LA. I would bring them by Tam’s in Norwalk to have the best fast food out here. Easily, we would have to check out Slater’s 50/50 in Pasadena as well too. Those burgers are next level!!! Other than that, we’re probably hitting the studios and working on being legends…. 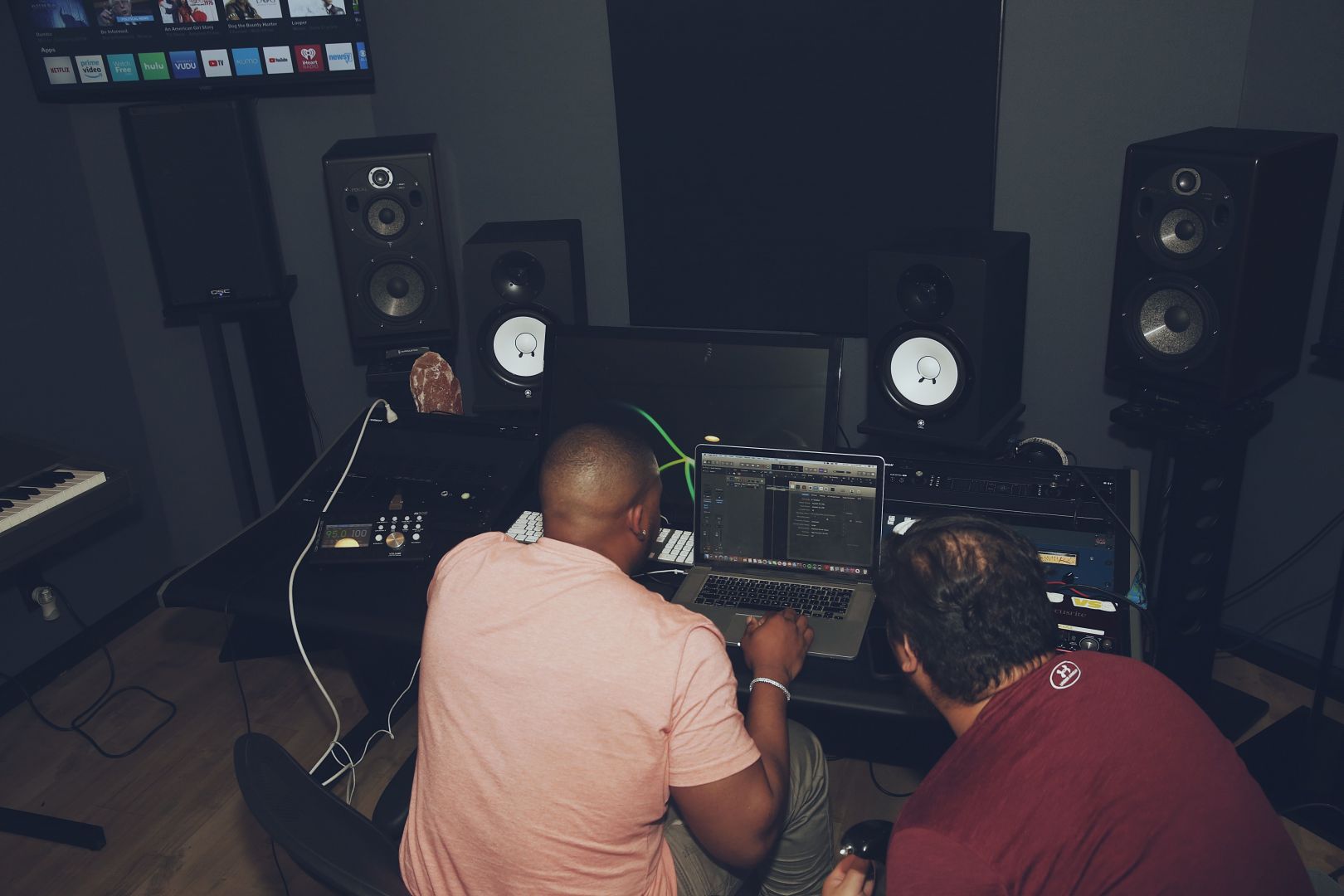 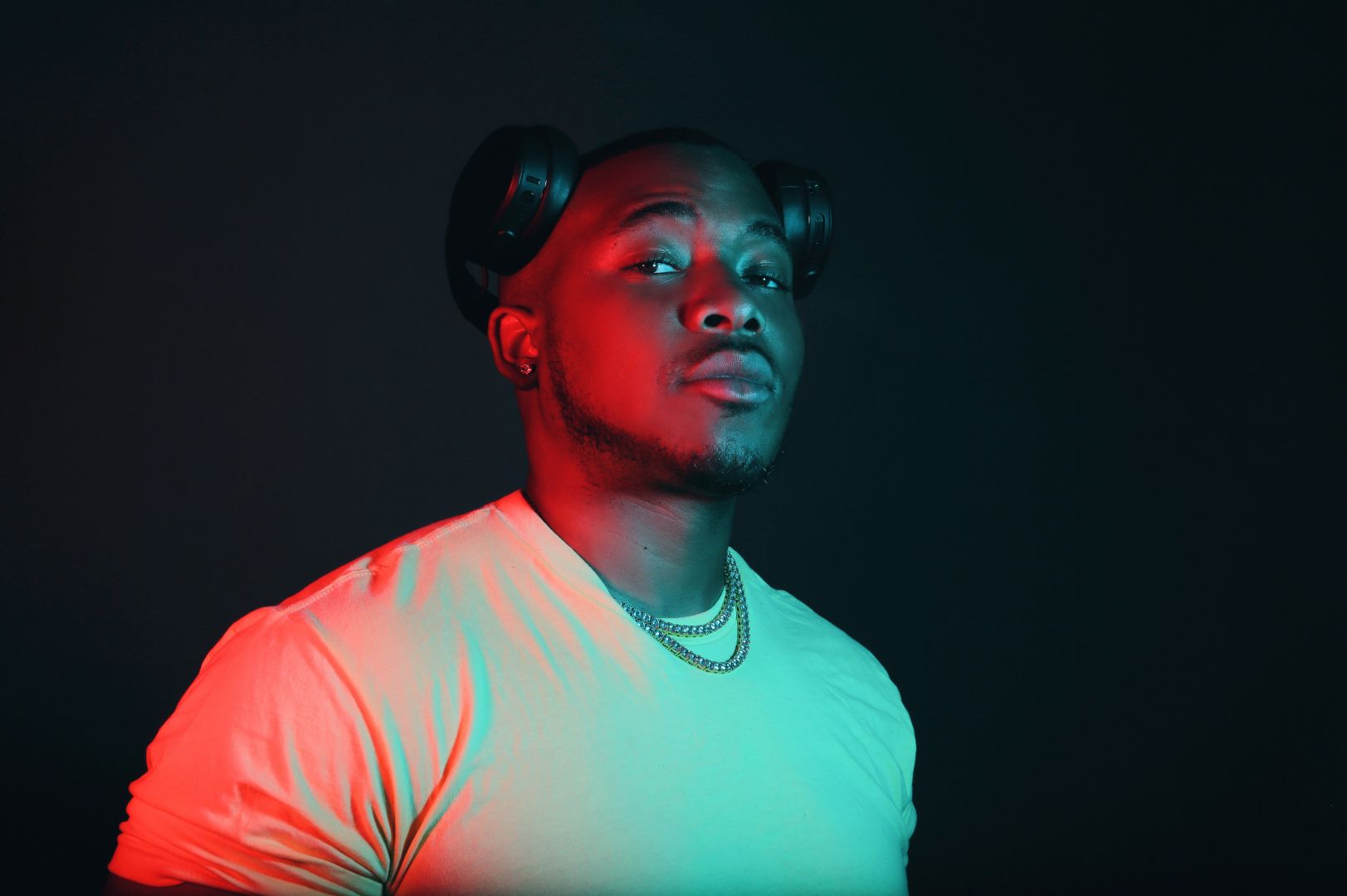 Who else deserves some credit and recognition?
Man, I dedicate my shout out to God! Because without him none of this would even be possible. All praise to the most high God Almighty!