We had the good fortune of connecting with Aisyah and we’ve shared our conversation below.

Hi Aisyah, what role has risk played in your life or career?
When I think about taking risks, I always say to myself: “what have I got to lose?” Risk-taking can be a terrifying thing – putting your faith into the unknown and trusting the uncertainties along the way can be a discomforting place to be in, but that’s how we grow out of our comfort zones. I’ve always been the type of person who doesn’t like to feel stagnant all the time, as I like facing challenges that’ll help me elevate in my life and my career, no matter how scary these challenges may feel. When I ask myself, “what have I got to lose?” it makes it a little less intimidating and reminds me to just do it without scaring myself by dwelling on the worst case scenarios.

Taking risks has played a significant role in my life and career. I had my start in the music industry through film scoring, but I wouldn’t have had that start if I didn’t make one of the biggest moves of my life.

I pursued a degree in music at the University of Rochester, NY. Towards my final year, we had a guest lecturer come in who works at Hans Zimmer’s Remote Control Productions in Los Angeles. At the end of the class, I walked up to the guest lecturer and asked if there were any job opportunities offered at the studio. He gave me the studio’s contact and I had set up a Skype interview with them shortly after. As my graduation was approaching, I was notified that I landed an internship with the studio and was told I could start in the fall! I was so excited and couldn’t believe it, but fear also kicked in. “The pool of talent is so vast in LA, I’d be easily replaceable” was all I kept telling myself. I was making excuses and unnecessarily stressing myself out about the worst case scenarios. I had grown too comfortable with my life and routine in Rochester, it made the thought of change a discomfort for me. But I decided that, if I wanted to keep flourishing, it was time to move on and take that leap of faith. So, I accepted the internship and booked a flight to Los Angeles.

If I hadn’t taken the risk, I wouldn’t have experienced the amazing opportunities I’ve had so far, or obtained the skills and knowledge I have now from working on the job. 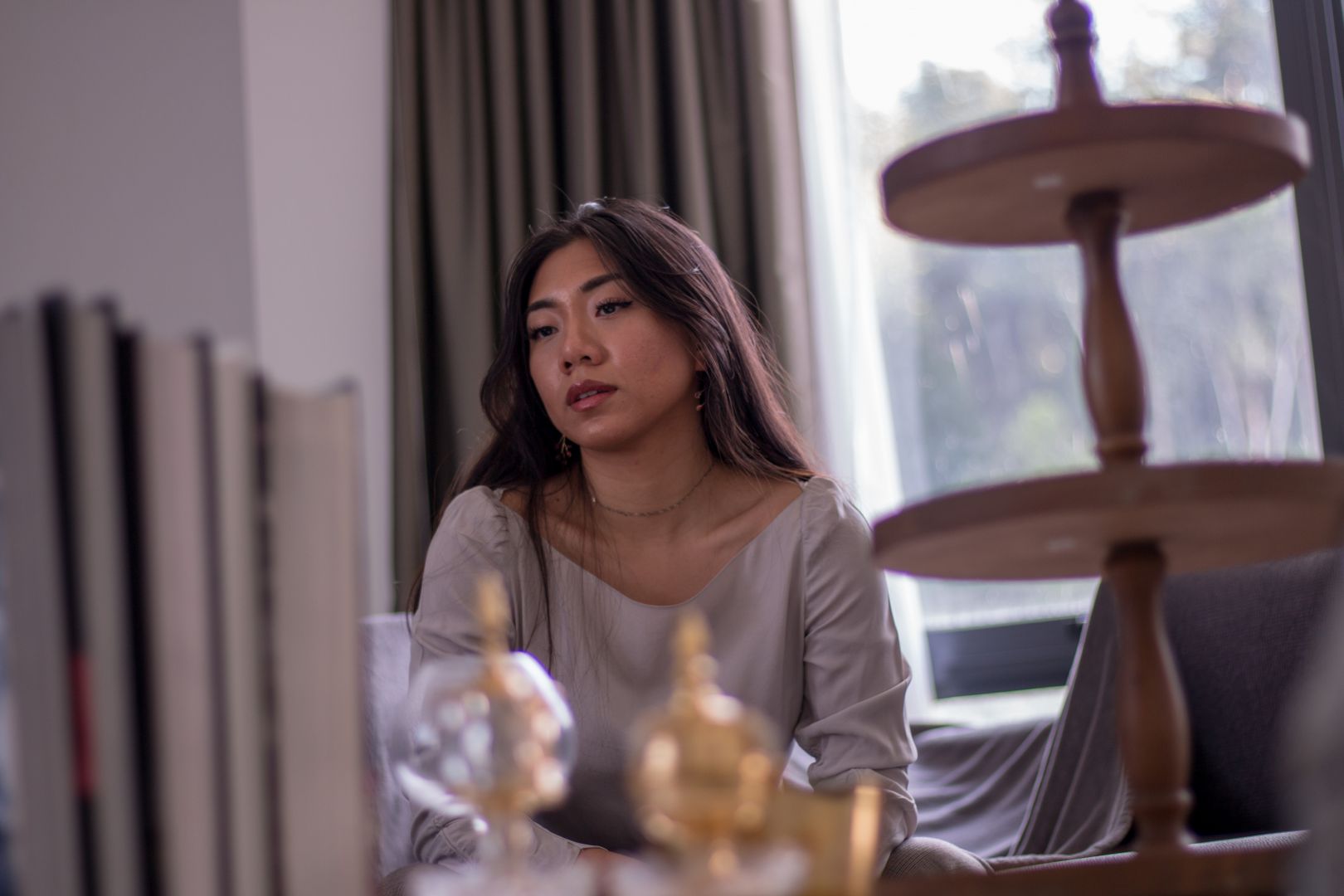 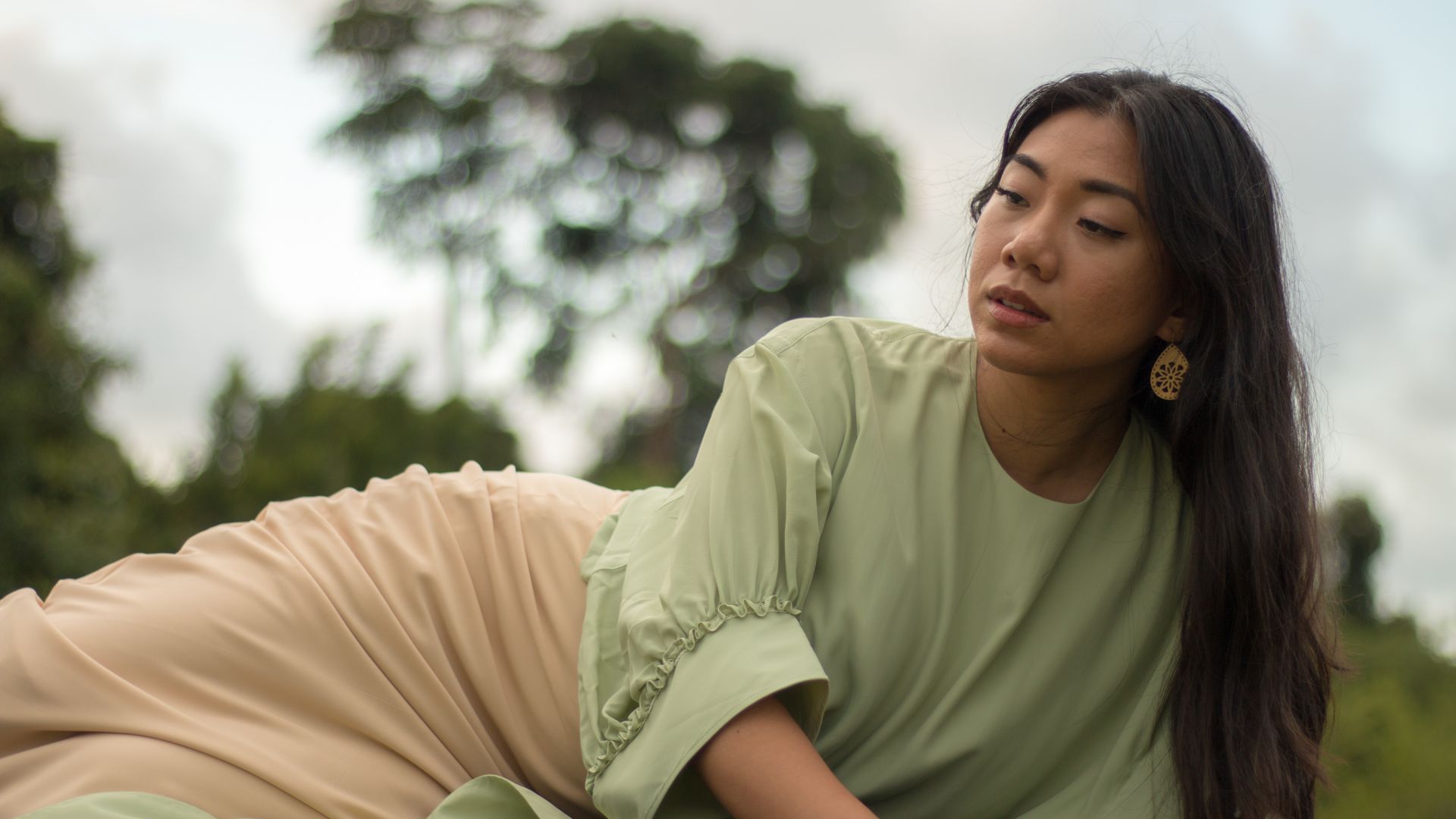 Alright, so let’s move onto what keeps you busy professionally?
I am an R&B music producer and singer/songwriter who specializes in weaving colourful ambient textures with my beat-making and luscious vocal textures. I think what sets me apart from others is the fact that I have a background in film scoring that I’ve adapted into my producing and songwriting.

I broke into the music industry in LA through film scoring. I was first working at Hans Zimmer’s Remote Control Productions in 2017 before moving on to work at Henry Jackman’s Sacred Tiger Music. I later landed a position at Bryce Jacobs’ Arkenstone Inc in 2018.

It definitely hasn’t been an easy ride, which I feel like is always the case when we’re pursuing our passions and wanting to continually grow in our fields. There were many challenges along the way that tested my technical abilities as well as my social skills (e.g. how to navigate the business side of things). The cut-throat nature of the industry has taught me a lot about learning to let go/not to take things personally, and to make sure I constantly take care of my mental health. The job can be very demanding, and at the beginning of my career I was not practicing a healthy balance between work and life, so I was burning out a lot. I soon learned how to better rest and recharge during moments I had available, rather than constantly worry and let the stress get to my head.

At the beginning of 2020, I released my first single “Memories” to music stores and streaming platforms, which was created specifically for a short film I scored for called “Walls” (directed by my good friend and long-time collaborator, James Abrams). I produced the track and James and I co-wrote the lyrics. It was an amazing experience, and I realised then that I loved writing and producing songs! When the Covid pandemic hit soon after, the film & entertainment industry was affected really badly, which meant that we weren’t getting as many projects in as before. So, I decided to venture out to songwriting and song production, and to release my own music throughout the year. I released my second single “Shoulda Said” featuring Zk, and then released my debut EP towards the end of the year. Throughout 2020, I also posted covers on my IGTV as a way to showcase my production and performance skills.

I released another single earlier this year called “Slow Down” featuring Pisces Kid. It’s a fun, bopping track about not wanting to rush a relationship with a significant other. I wrote, produced and recorded the track in LA while Pisces Kid wrote, recorded and mix/mastered the track in our home country, Brunei. We also recently released the Remix to “Slow Down”, which features Singaporean artist Zalelo whom I met through Instagram. The song is out on all music platforms and the official music video is also out on YouTube! I’m so grateful for the technology we have today, as it makes remote collaboration so easy to do. Actually, in fact, the songs I’ve released so far have all been created through remote collaboration!

I moved back to Brunei in February and am currently based there for music. I’m going to be releasing more songs this year, and I have actually been working in the voiceover industry on the side for the past year too! I’m very excited to expand my reach and network amongst the Southeast Asian industry in addition to the American one, and to collaborate with more artists and producers this year. 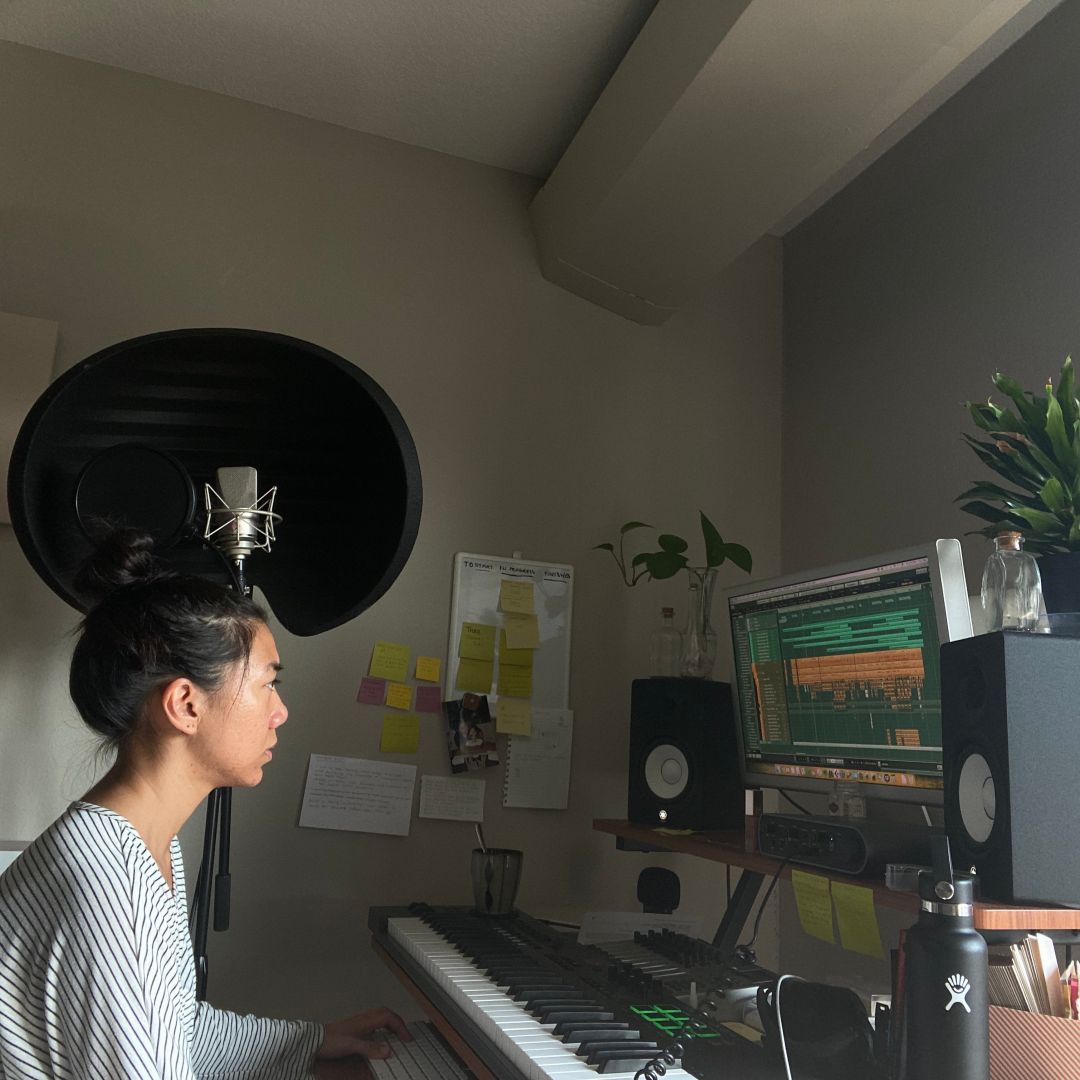 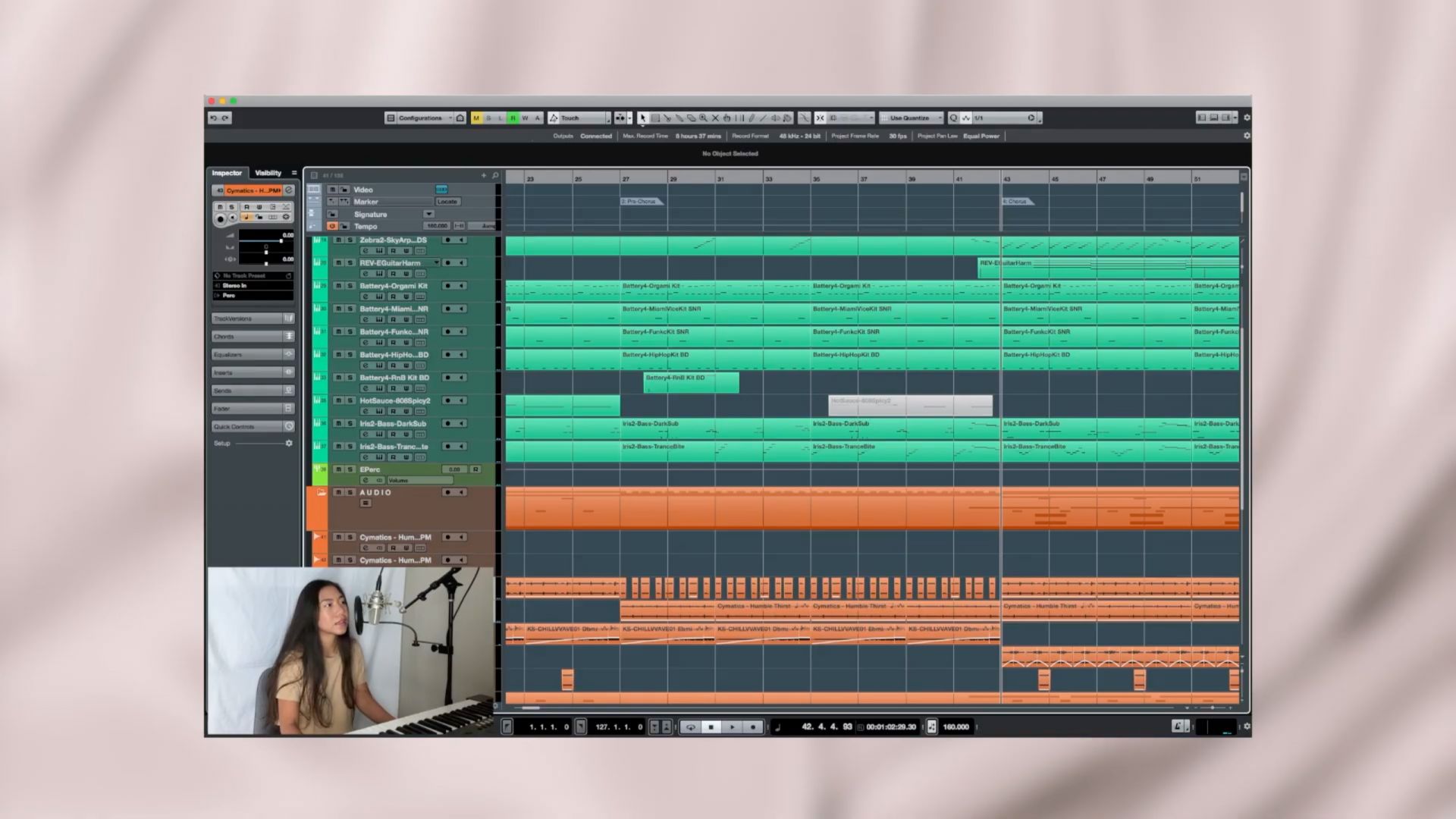 Any places to eat or things to do that you can share with our readers? If they have a friend visiting town, what are some spots they could take them to?
Haha I feel like I’m such a basic person, I gravitate more towards relaxing, low-key activities (probably due to the hectic nature of the industry I work in). I love activities such as hiking, hanging out at the beach, and going to my favourite boba café (Volcano Tea House in Sawtelle has an amazing jasmine milk tea!) California’s weather is amazing, so I always tried to find ways to go out and enjoy it as much as I can when I was based there. 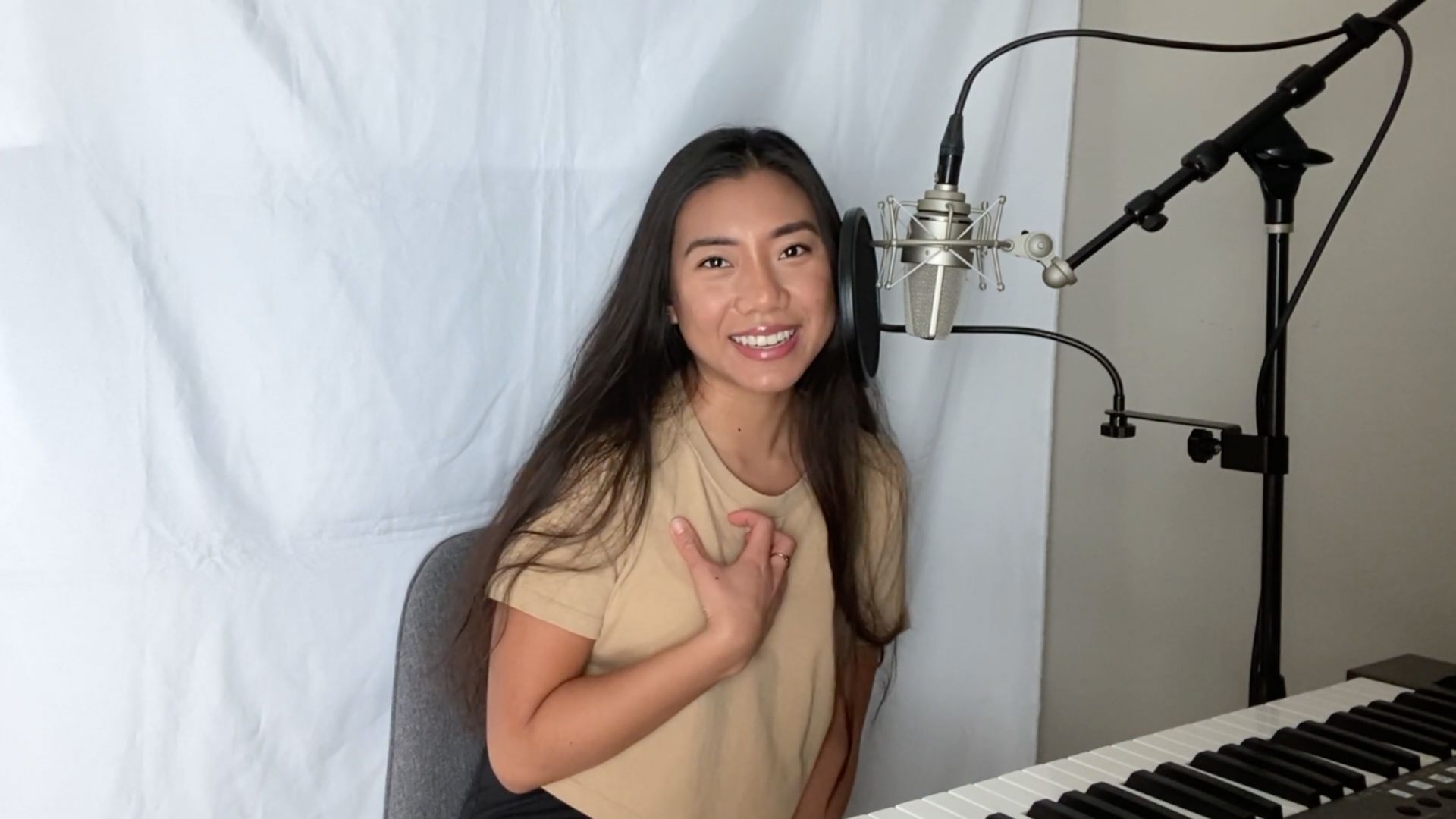 Who else deserves some credit and recognition?
My family definitely gets a shoutout, they’ve been so supportive since the very start. When I was growing up in Brunei, people often discouraged the idea of pursuing a creative career, especially in music, but my family has always encouraged me to focus, keep going and work really hard for what I want and where I want to go.

I won’t mention specific names because it’ll be a long list and I don’t want to miss anyone out, but I do want to thank and acknowledge all my peers and mentors I’ve met along the way. I’ve learned so much from them and they have helped shape me into the kind of person and artist I am now. 🙂 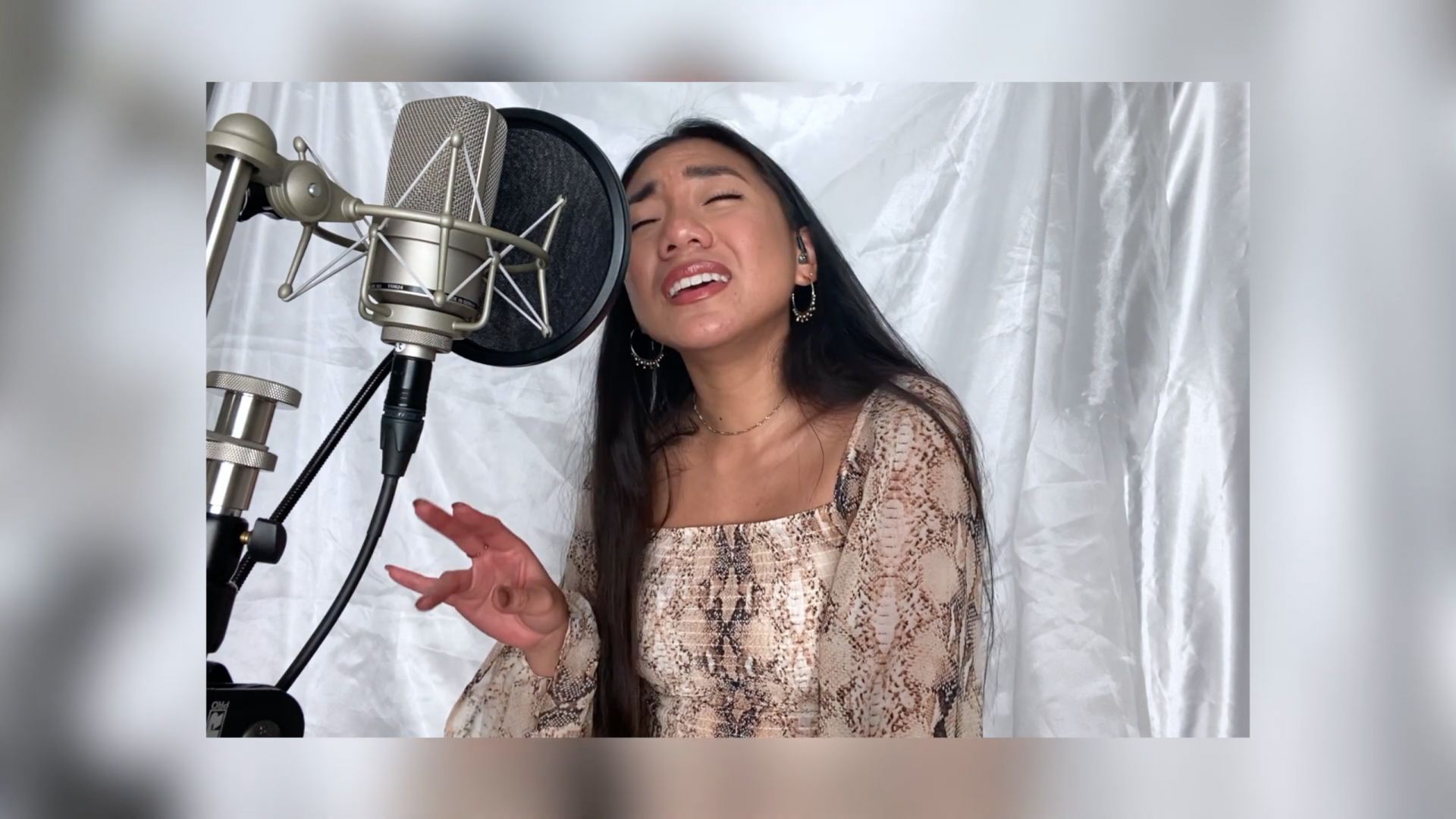 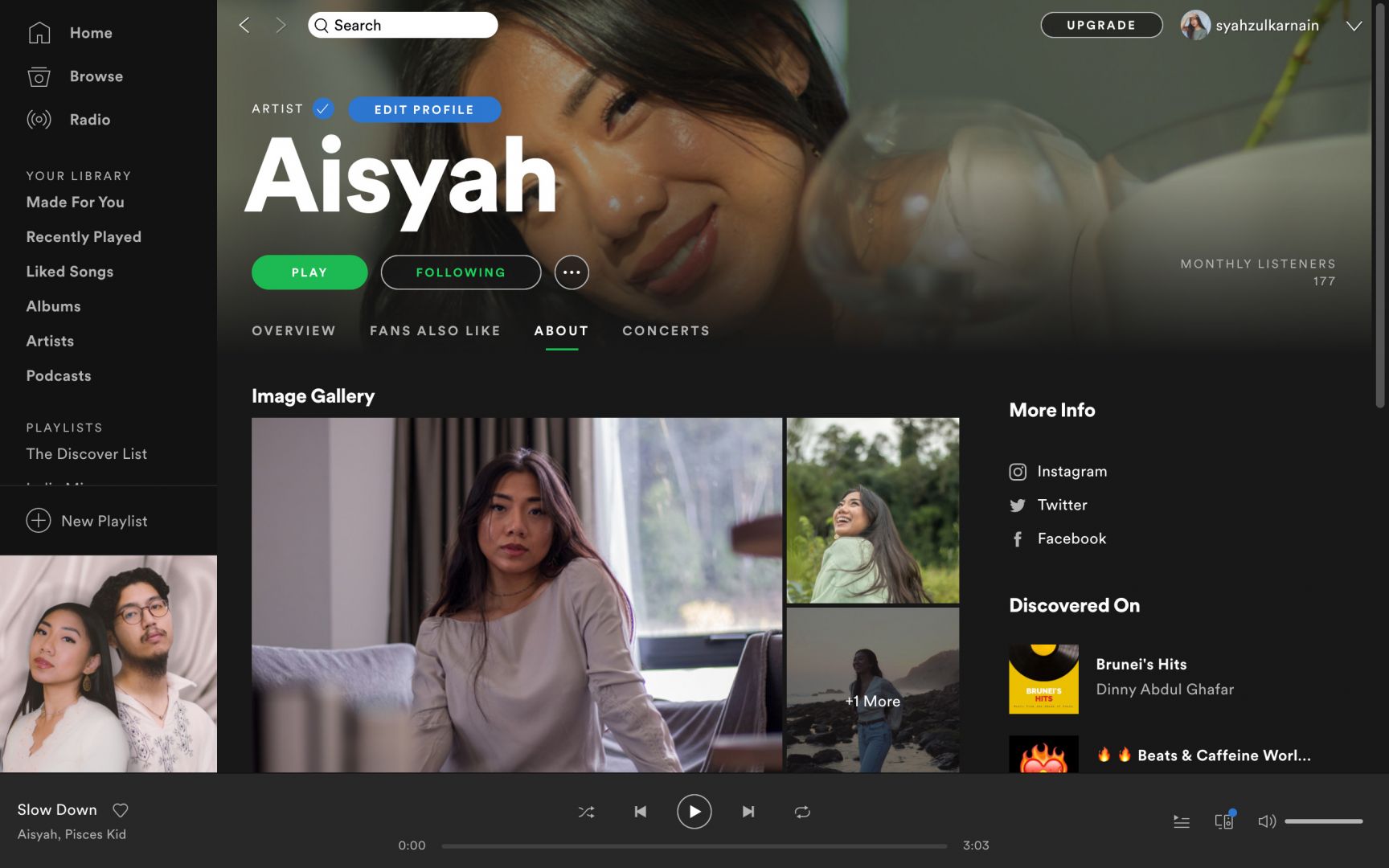