We had the good fortune of connecting with Alexander Helisek and we’ve shared our conversation below.

Hi Alexander, what’s something about your industry that outsiders are probably unaware of?
The one thing I believe that people need to be aware of when entering the world of independent entertainment news, bubbles down to one word, “Legwork”. Correspondence, Execution of Content, Delivery of Materials, Professionalism and Punctuality are all major steps that need to be taken in order to build a reputation of a legit entertainment news entity, and then the word will spread about your outlet or publication as it rises in the ranks amongst others. It is important to understand the communication between the filmmaker (if independent and without representation) or, the publicist (more common communication figure you correspond with in regards to the content you will produce, is essential. The legwork between emails and interviews, whether they be online, on the phone, or simply be email needs to be understood that the process is plentiful and time consuming. 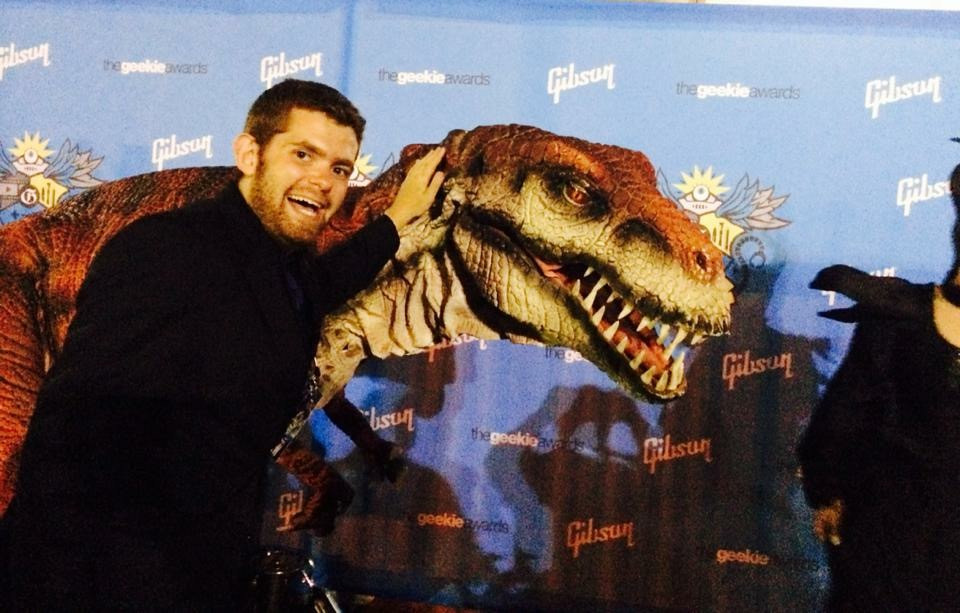 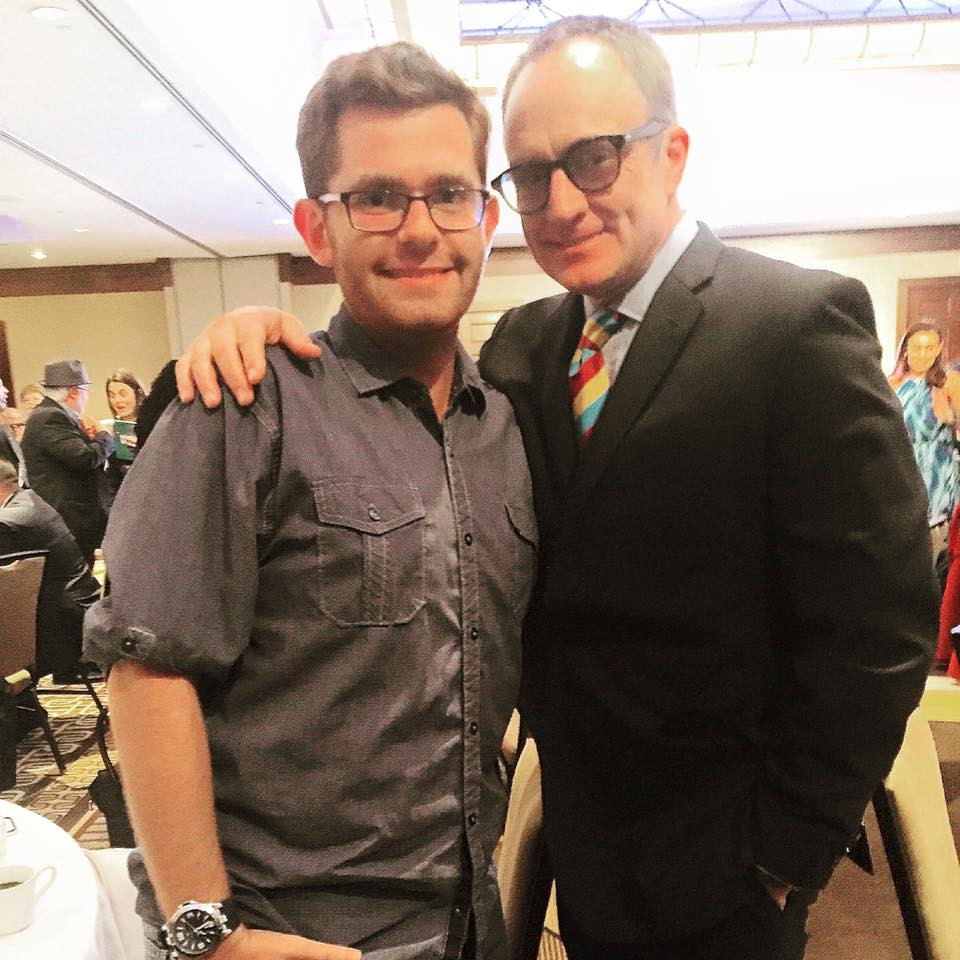 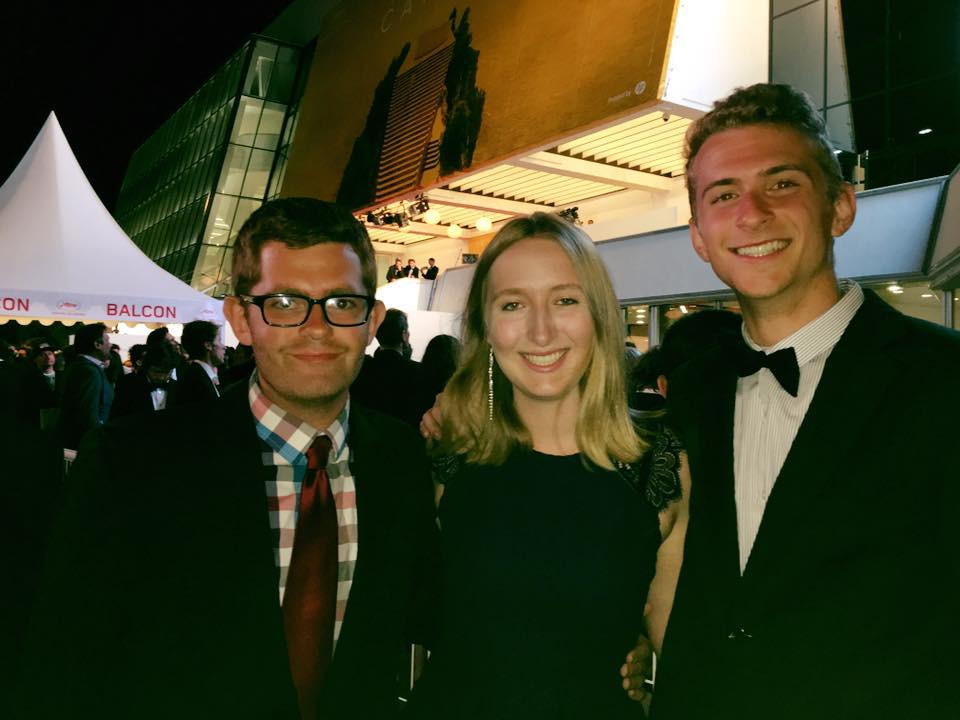 Can you open up a bit about your work and career? We’re big fans and we’d love for our community to learn more about your work.
The journey was one of uncertainty and risk, to say the least, and it continues in a very different way due to the current situation of the world, however it is long from over or finished. Los Angeles was the destination back in 2011, and for a decade of life I began the journey of understanding and taking part in the entertainment industry in many facets. In the beginning I was very green, I knew no one,had no experience, was a stranger in a strange land, and had to pick things up as I went a long. Many bumps, road blocks, headaches, nightmares, and challenges over the years, the brunt of which were in the first 2-3 years. Skills had to be learned, Dues had to be paid, and understanding the beast which is “The Industry” takes grit, perseverance, and understanding, not for those of the weak hearted or minded. Where I am today professionally continues to shapeshift, due to the changing world, and entertainment in the time of COVID. As many readers know, and are probably dealing with, COVID has taken a knockout punch to film and television, as well as Live Event Coverage, which is what I did over these years. Now, with everything cancelled, adapting was the only way of survival. All of these events have now gone online, and promotion for independent filmmakers is more ripe then ever, with such a saturated market of online content, ,to shine out from the crowd is paramount, so, thus “The Breeze” was born, an Online Live Talk show, where we bring talent and film crew on to the show to talk about their films, showcase the trailers and promo videos, and help drive traffic towards their profiles and distribution pages. Life is full of challenges, and they will always continue to present themselves, the most important thing that people must understand is “Adapt and Overcome” it is the only way to survive. Complaining, Negativity, Lack of Motivation, all of these things will not have outcomes that will enhance your life, but rather drag it along and bring you down, so it is important to have awareness not to emote those things, that is key. Whether you are a Production Assistant, a Producers Assistant (Which I was, and it was the most trying and hellish part of my LA Experience), A Director of Photography, Writer, Director, Actor, whatever it is you do, you must always continue to rise, and rise efficiently and effectively. The world is watching, so you better put on a damn good show. 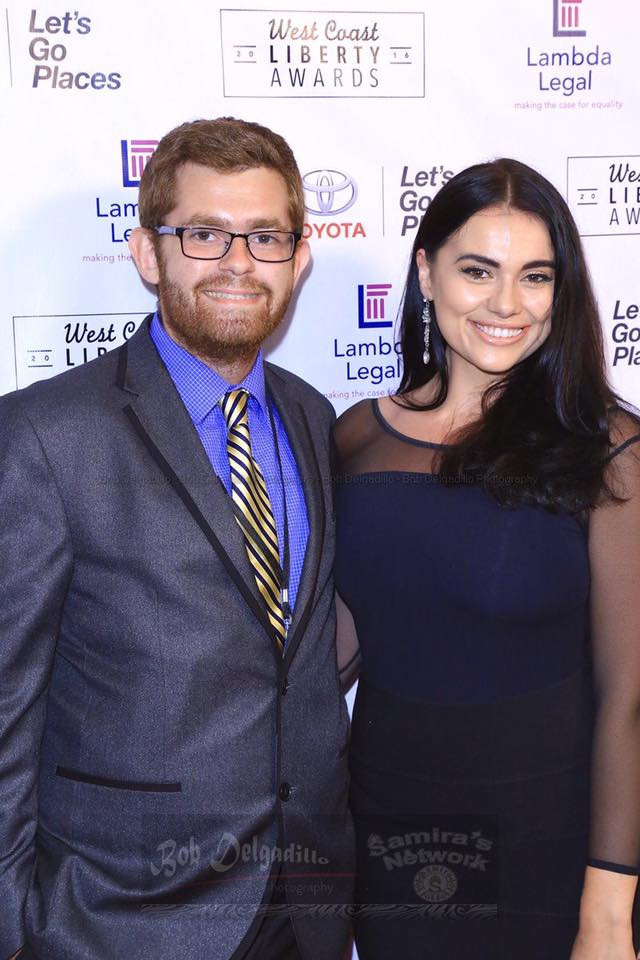 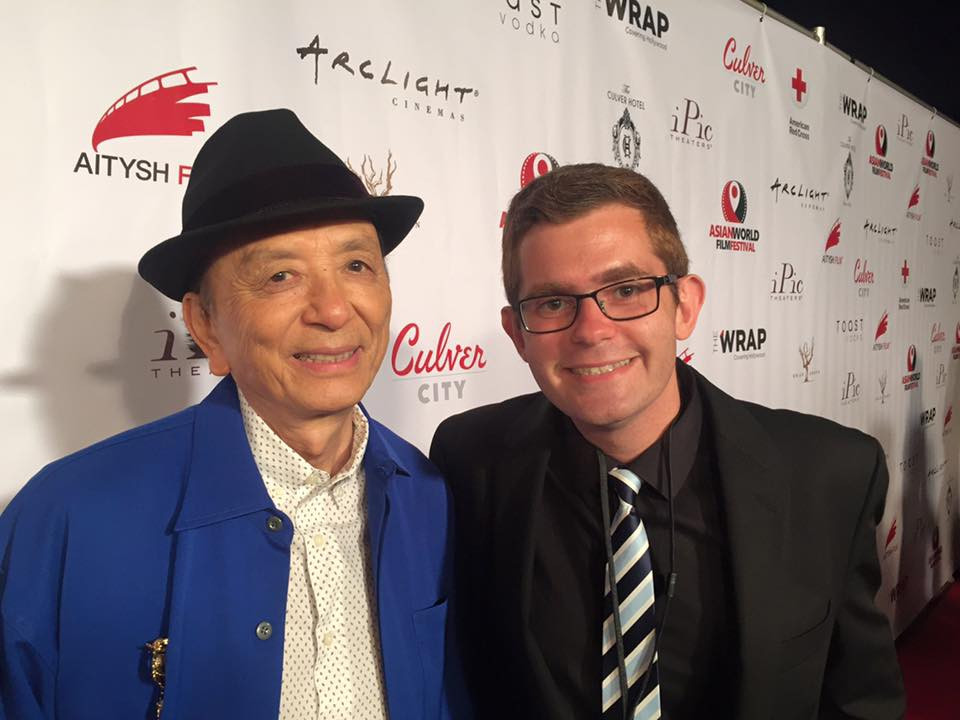 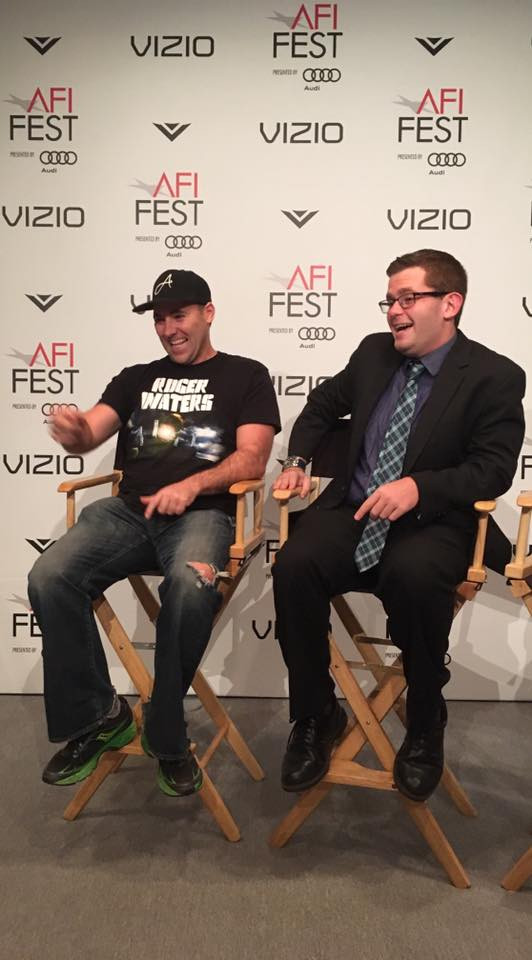 Let’s say your best friend was visiting the area and you wanted to show them the best time ever. Where would you take them? Give us a little itinerary – say it was a week long trip, where would you eat, drink, visit, hang out, etc.
Where in Los Angeles would you bring your friends? All the areas have their own style, vibe, communities, and experiences, totally different one from the other, but I can began with my type of awesome adventures. You get to Los Angeles, you had a long flight lets say, so you would want to check into a Hotel, some place that’s pretty chill, and doesn’t have to be overly exuberant like Chateau Marmont or The Roosevelt, I would recommend Mama Shelter on Selma, a dope little spot that has an amazing rooftop bar and great bartenders, moderately priced and central to everything, my favorite Hotel near Cahuenga, which now has been growing with classy establishments. What used to be Big Wangs and Piano Bar, is now Third Base, The Dream Hotel, Beauty and Essex, and Elbow Room (which is an awesome sports bar by the way) Next Day you wanna go out and do something fun, well originally I would have said to walk down to Amoeba Records, but now, very very sadly, RIP to Amoeba. But then I would recommend going to Silverlake to check out the restaurants and coffee shops that are in that area, always good to do some shopping at the Flea Markets and finding a hidden gem next to a food truck from a guy who wants to tell you how amazing it is to go Vegan. Maybe since your in town and want to be involved in the movies, we could go to my personal favorite moviehouse, in the entire world, The New Beverly Cinema. Words cannot express how this place has been my number one movie theater in my entire life. Owned by Quentin Tarantino, this theater is one of the true independently owned shrines to vintage movies, from any era, and from Quentins private collection. Grab some economic and delicious popcorn, candy, hot dogs and a soda and enjoy some vintage cinematic experiences. If your looking for another fun place to hang out, maybe going Downtown to see what they have going on there, you can checkout Smorgasborg if you are around on a Sunday Afternoon, or better yet Barcade, which is an amazing Video Game Bar, where you can pop in the quarters, drink an old fashioned, and play Street Fighter 2 and The Simpsons, such an awesome time. If your in Silverlake be sure to checkout Buttonmash, also a very sweet spot with an amazing kitchen! Right, so back to food. You want a view? Head to Castaway in Burbank, one of the best views that any restaurant can provide to it’s clientele. Delicious views, peaceful environment, ontop of a mountain (read like Ron Burgundy). Interesting and Exciting People? You absolutely can find them in Venice, on the Boardwalk, on Rollerblades jamming out to guitar and trying to sell you CD’s, or Marijuana “Doctors” trying to sell you medical cards to get free herb, all walks of life can be found there. Also, the venders have interesting art, and I’ve picked up some cool finds from the gypsys that live over there. The canals, while your in Venice, is an awesome stroll. Lots of beautiful houses sorround the waterways that are a stones throw away from the boardwalk, so that would be cool to enjoy. Then, if your hungry, make sure to stop in to The Whaler for a Pint! If you are into sports you can catch any of the games from The Dodgers, Kings, Lakers, Clippers, Rams and Chargers. So many things to do in LA, so little time. Is Art Your Thing?? I recommend heading to Melrose to my favorite Art Gallery, 1988. I’ve gotten lots of amazing pop culture artwork in that spot, the collection they have is amazing and who knows, they have celebrities that pop in all the time, I met and enjoyed chatting with Weird Al Yankovic there! Los Angeles, has so much to do, and we have so little time to do it. Or do we? 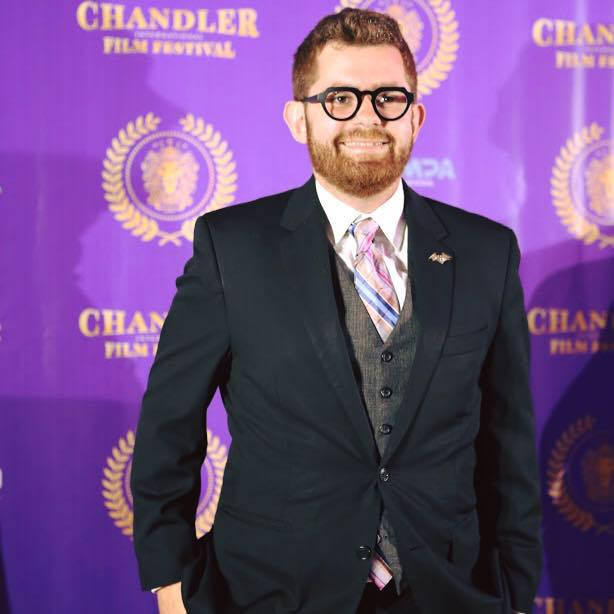 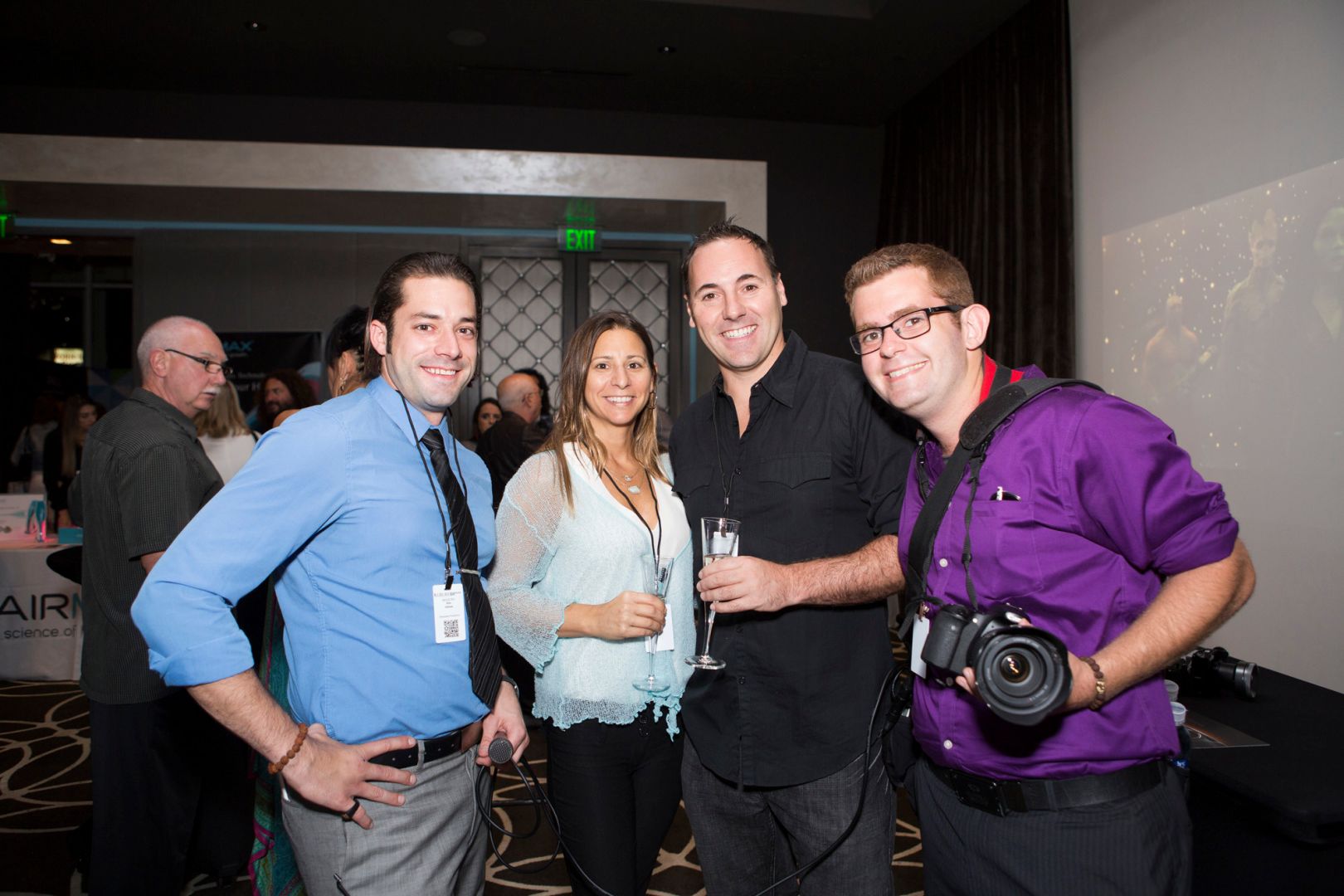 Shoutout is all about shouting out others who you feel deserve additional recognition and exposure. Who would you like to shoutout?
I would like to thank a series of people whom I have worked with over the years that have taken me under their wings as Breezeway Productions has grown with reputation as a media outlet, and it would not have been possible without the acceptance of these industry figures. The People: Josh Mitchell – Wickid Pissa Publicity Nadine Jolson- Jolson PR Roz Wolf Theo Dumont Daniel Sol Howie Simon- The Movieguide Awards Amy Prenner- AMGPR Roger Neal Zack Teperman- ZTPR Dorothea Sargeant Karen Tran David Magdael John Wildman Karen Young Candis Melamed Chandler Poling Allison Gray JP Shields Erick Yamagata Leena Ali Rob Fleming Hilda Somarriba Melanie Marquez Emily Lu Aldrich Annie Jeeves Alexa Oliphant Lena Rawley Gregg Mitchell Kylie Elliot Niki Dec Emily Salkin Scott Appel Melanie Wadden Diana Colmenar Naomi Goldman Lea Yardum Megan Levy and the list goes on…. The Organizations: Toronto International Film Festival Sundance Film Festival Tribeca Film Festival Venice Film Festival The Hamptons International Film Festival The Beverly Hills Film Festival LA Film Festival Santa Barbara Film Festival AFI Film Festival Hollyshorts Film Festival Bentonville Film Festival San Luis Obispo Film Festival Laughlin Film Festival Mammoth Film Festival Hollyshorts Film Festival Dances With Films The American Cinema Editors The Writers Guild The Music Supervisors Guild The Art Directors Guild Makeup and Hairstylist Guild KCET and PBS The International Cinematographers Guild and many more… WIthout all of these organizations and people, Breezeway would not have been able to be what it is, and I am eternally grateful and thankful for everyone who has been apart of this journey.

Image Credits
I have the rights to the photos utilized in this section.