We had the good fortune of connecting with Alvaro Gonzalez and we’ve shared our conversation below.

Hi Alvaro, why did you decide to pursue a creative path?
This is what I’ve always seen myself doing. I’ve been a bit actively pursuing creativity since I was a kid. I would reenact scenes of TV shows with my toys and eventually tell my own stories. I mean not bad for a five year old. Overtime I learned more about various forms of media and my story telling matured beyond the playing with action figures, but I still try to hold on to that sense of wonder because it’s what kick started everything in the first place. I won’t lie and say that it’s been easy to hold on to that. It’s not hard to become cynical in the entertainment industry having to deal with constant rejection or even just being ignored by the industry all together. However, I have not reached that level of cynicism yet. I’m still hopeful and optimistic that I’ll break through. For now I’m using the opportunity that time has given me to reach back into childhood and use that sense of wonder to tell the stories that I want to tell and the stories that make me happy to tell. 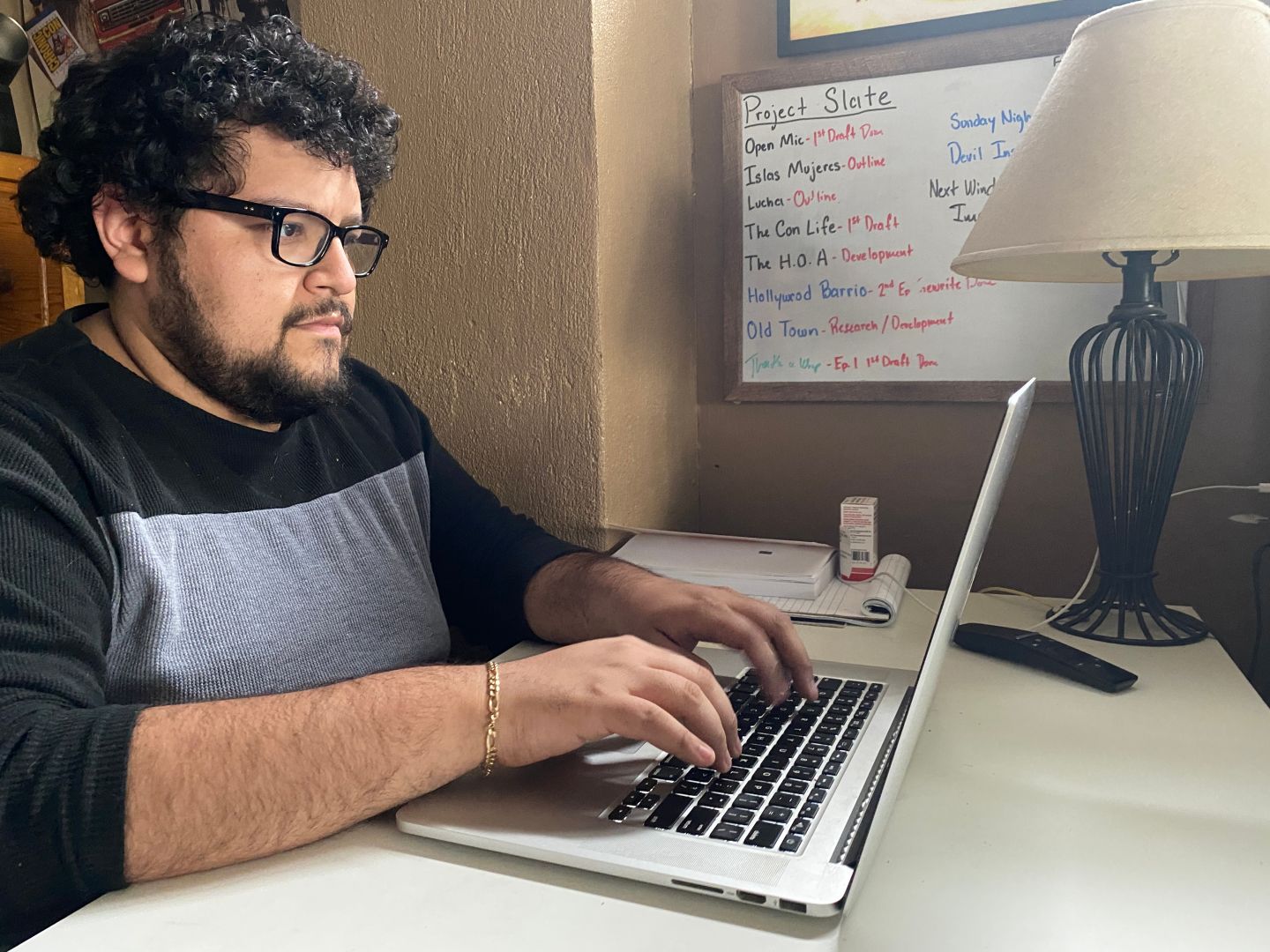 Let’s talk shop? Tell us more about your career, what can you share with our community?
I’m still pretty early on in my career. Believe it or not being locked in has helped me put together projects that I’m really passionate about. More and more though I realized that a lot of my interests lie in television. It’s definitely more of a daunting task than feature films because so many people are trying to get into television, but I believe what gives me a leg up is wanting to put other Latinx people at the forefront. There’s such a demand for Latinx led TV shows and feature films right now, but because of this there are so many voices fighting for a chance to shine and ultimately that’s the biggest challenge I’m facing at the moment. With that in mind what I believe separates me from others is putting Latinx characters in stories outside of the usual Latinx stories that are told. 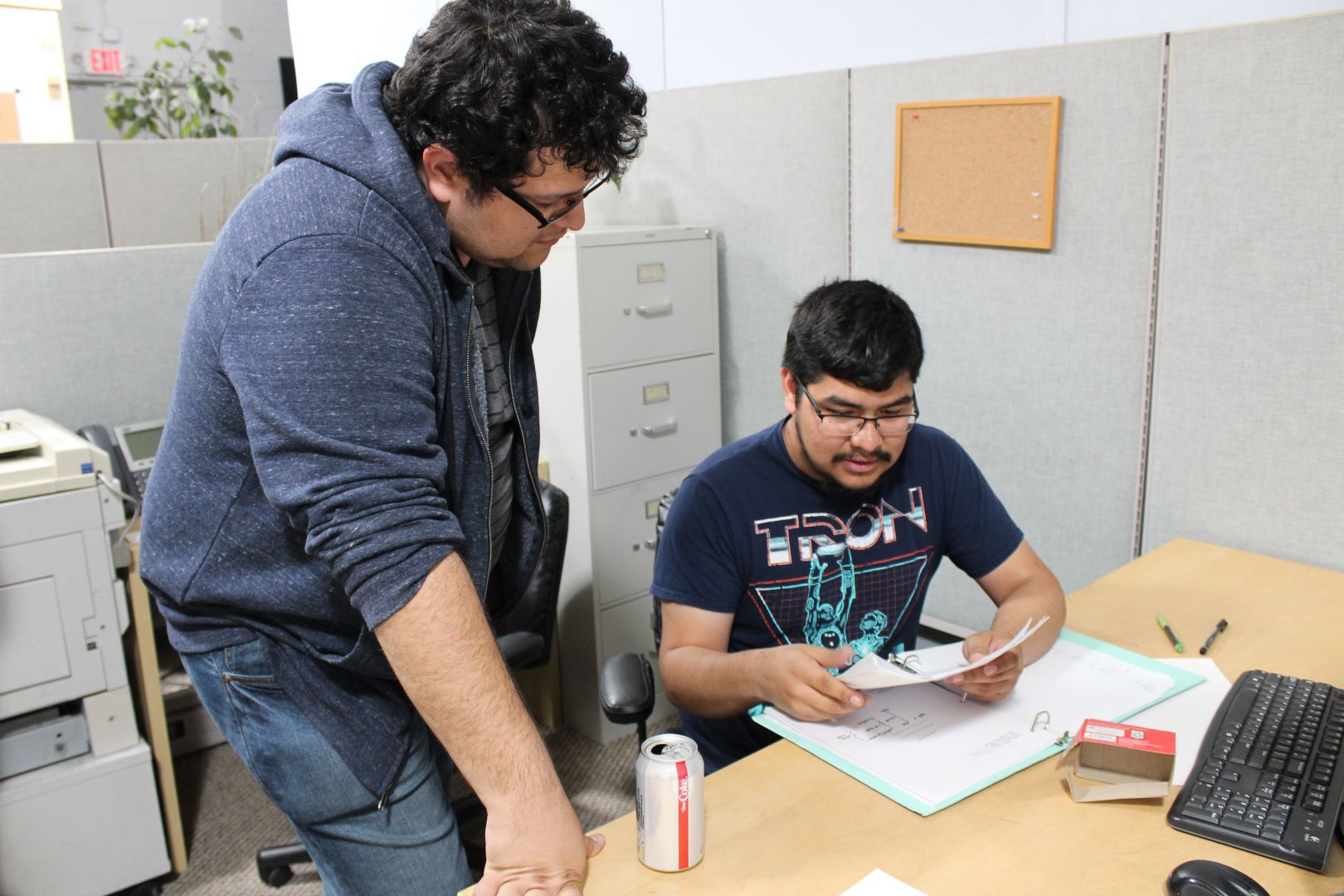 If you had a friend visiting you, what are some of the local spots you’d want to take them around to?
Oh boy. There are so many spots. Right off the bat though I’d have to take them to grab a bite at Tommy’s. It’s an LA staple and a spot I’ve been going to since I was a little kid. From there the Getty Museum is definitely a go to. Although I’d have to pick the Getty Villa as the main spot. It’s filled to the brim with Greek and Roman artworks plus its got an amazing view of the ocean. If there’s still room is our stomachs then I’d take them to a taco spot that I love going in East LA. Then going to grab drinks and shoot pool at Fantasia in Burbank. It’s one of my favorite bars in the city. There’s also a couple of spots in Long Beach that are really cool to check out, specifically the Pike. There’s a bunch of restaurants and bars there that are really cool to check out. The best part though is walking along the marina at night and walking up the lighthouse. It’s honestly gorgeous. 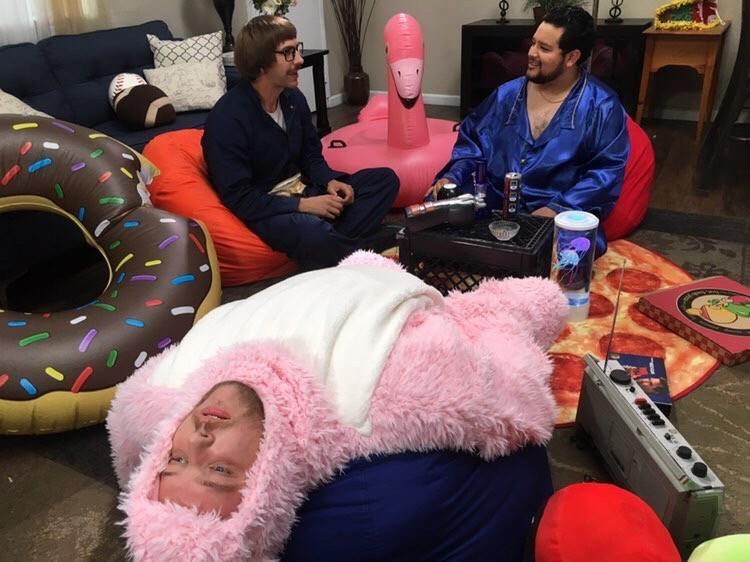 The Shoutout series is all about recognizing that our success and where we are in life is at least somewhat thanks to the efforts, support, mentorship, love and encouragement of others. So is there someone that you want to dedicate your shoutout to?
Honestly I have to give a shoutout to my parents, Sebastian and Olga Gonzalez. For obvious reasons I would not be here without them, but I have been absolutely blessed to have parents that have had my back and supported everything that I have done. Even when it doesn’t seem like it would be the best idea sometimes they know that I will take everything that they have taught me and put it to good use in one way or another. Especially when trying to break into the entertainment industry. I remember when I first told them about it they were hesitant. I knew they wouldn’t openly say it, but I know them well enough to know what they’re thinking and feeling sometimes. What I think got them on board though was the strength of my conviction and them knowing how badly I wanted to do this. Since then they have supported all of my creative endeavors even when I started up my own podcast. I wouldn’t be where I am today without them and its for that reason that I wanted to give a shoutout to my parents.