We had the good fortune of connecting with Ameya Saraf and we’ve shared our conversation below.

Hi Ameya, what role has risk played in your life or career?
For the longest time, I grew up hearing “You should always have something to fall back on”. Noble and cautious as the notion is, it just never sat well with me. I am very much of a black or white person, it has its advantages and disadvantages and I at this point, have just accepted them.

I don’t like Plan B’s, I am not a fan of them. I like to go all in. I dropped out of university to pursue music and I still don’t regret it. You just approach everything with so much fire inside you that it only propels you to move forward. Not having a back up plan has just made me want to be better at everything that is music related and that has helped me tremendously. I think when you are just focused on one thing at a time, you can put so much energy into it, that you can see a lot of avenues open up. If at the back of your mind, you just know that if this doesn’t work out, you have something to fall back upon, I doubt you will ever give your 200% for it. 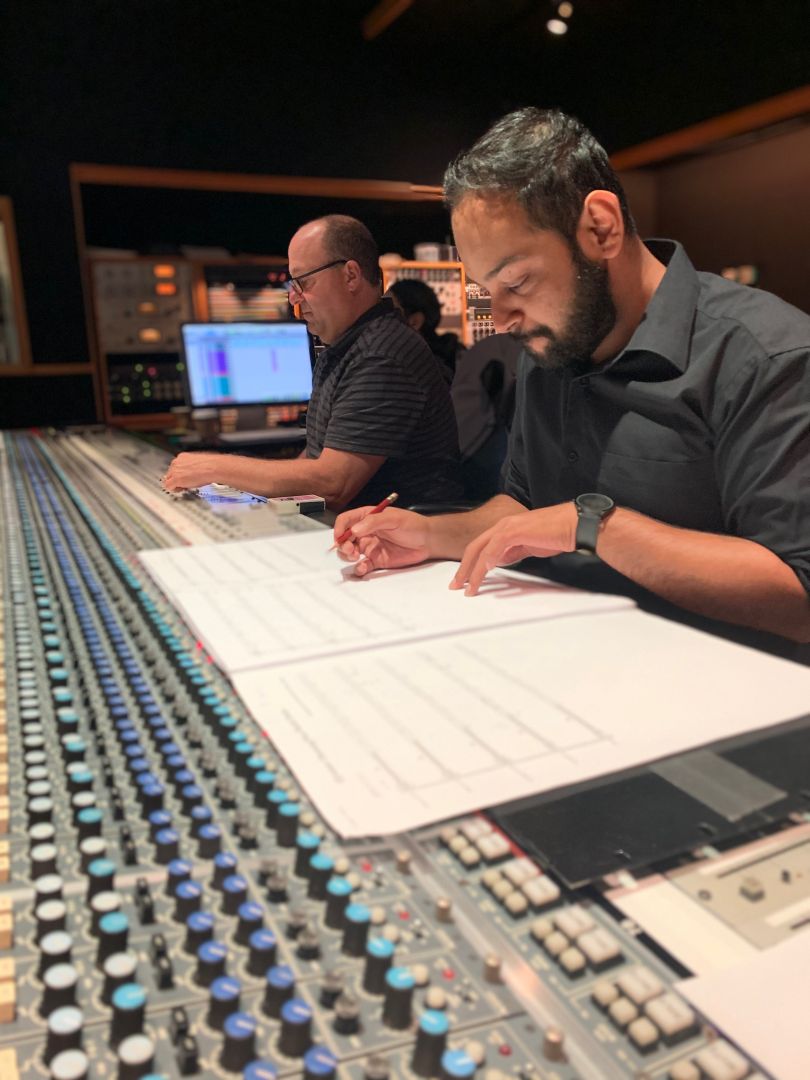 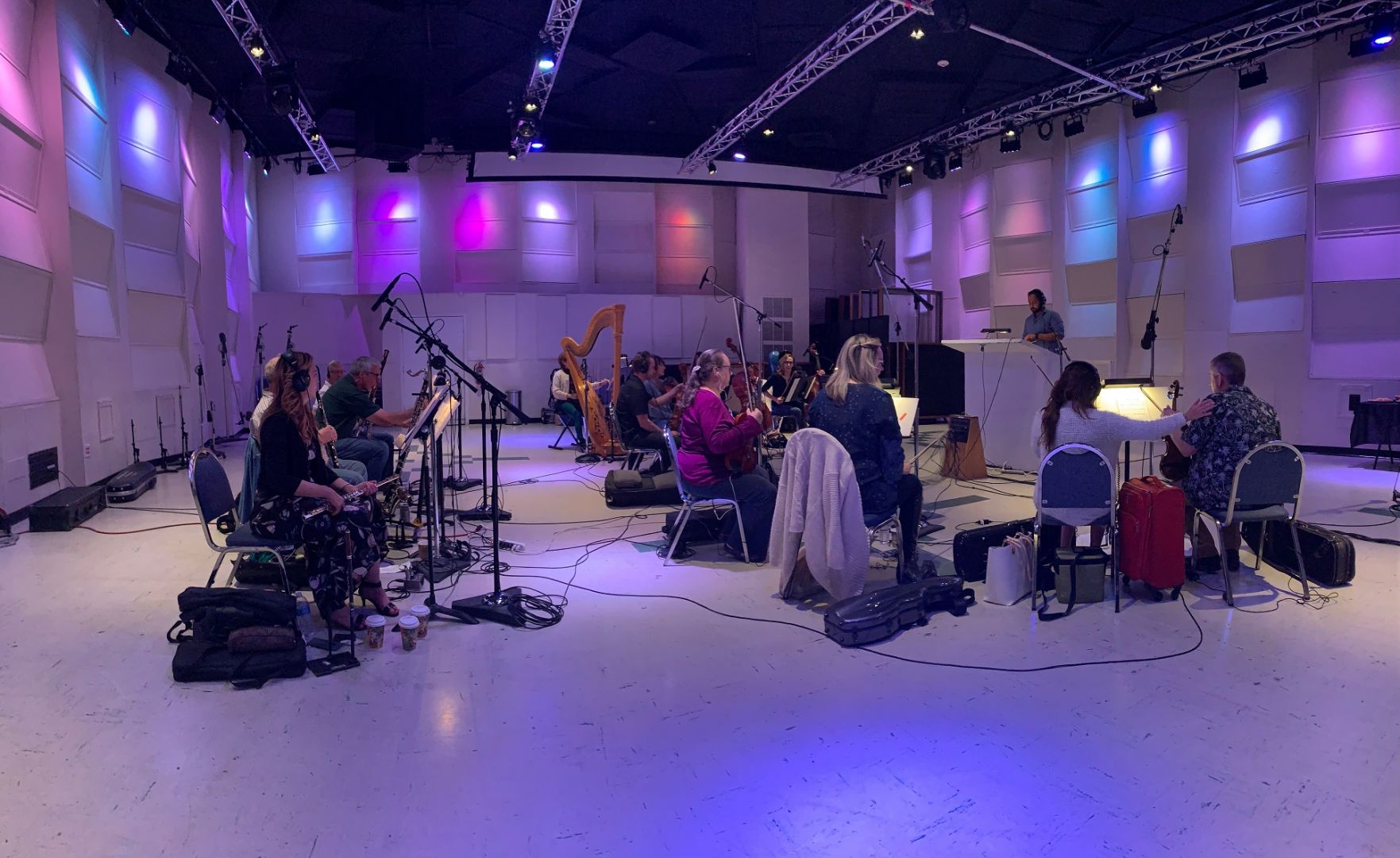 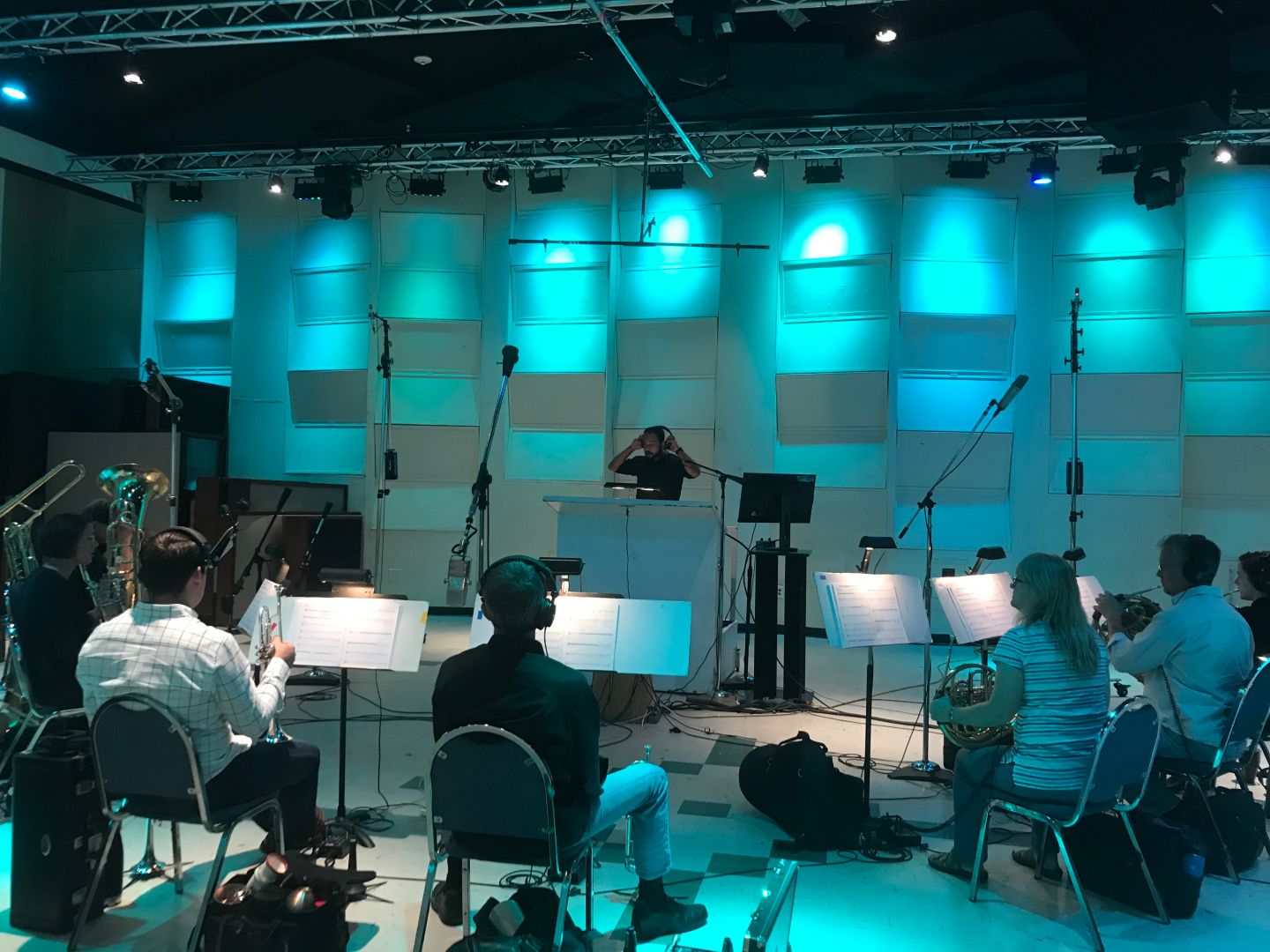 Can you open up a bit about your work and career? We’re big fans and we’d love for our community to learn more about your work.
I write and produce music for films, tv and video games. Honestly, the way I got started in this was such an accident.

Back in Mumbai where I am from originally, on a Friday night at around midnight a friend came over to this little garage studio I had where I used to work with another friend of mine. He had a short film that needed music, within 7 hours as their deadline creeped in. I had never written music for films before and he told me the story of the film and showed me the cut. We sat and discussed the music and I started playing something on my guitar and my friend just hit record sneakily, we played the music back with the opening of the film and it was just perfect. The amalgamation of music and film just was so satisfying and I felt like I could tell a story without really saying much, that’s when I had decided to write music for film and I still haven’t stopped.

Shortly after, I was auditioning for Berklee Collegel Of Music and I happened to meet a composer, who gave me his contact information, since Berklee did not work out for me, I decided to give him a call, he had me over, heard my work and offered me a job and just like that I started writing music for India’s biggest TV show at that time which was “24” a remake of the original American show. Eventually, once the project finished, I wanted to move to LA and study film scoring and got into the film scoring program at UCLA.

Moving to a new country and a new city was definitely challenging but it was also fun, I ended up getting a job on campus and met a lot of other students which allowed me to make a lot of friends and ended up working with a lot of them on their student films and other projects, that ended up doing so well at festivals, winning awards and critical acclaim.

I graduated from UCLA in September 2020 and have basically been working as an independent composer and producer. Earlier this year, I finished working on a very cool documentary called “Bend Or Break” which was a story about a man named Mitch Martow who started experiencing chronic pain at a very early age and went through a lot of misdiagnosis and ended up being diagnosed with a rare genetic syndrome called EDS (Ehlers Dalos Syndrome), the story was so powerful and emotional to go through his journey. We released the soundtrack on all streaming platforms in February and I was lucky to get a lot of great reviews for it!

Apart from that I won an award for Best Original Score for “A Serpent By The Nest” at New Jersey Film Awards and was also nominated for the same at Paris International Film Festival. I am right now part of a lot of cool projects too and I am very excited for them!

If you had a friend visiting you, what are some of the local spots you’d want to take them around to?
LA is so cool! I highly I could everything this city offers in a week! I would definitely take some to Santa Monica beach/peer, Malibu, Downtown LA and grand central market, Culver City, Old Town Pasadena, hiking the hollywood sign and runyon canyon hike, Griffith Observatory.

Even if you are not interested in doing any of these things, I dont think anyone can ever get bored of just spending an hour or two at the beach and reading their favorite book! 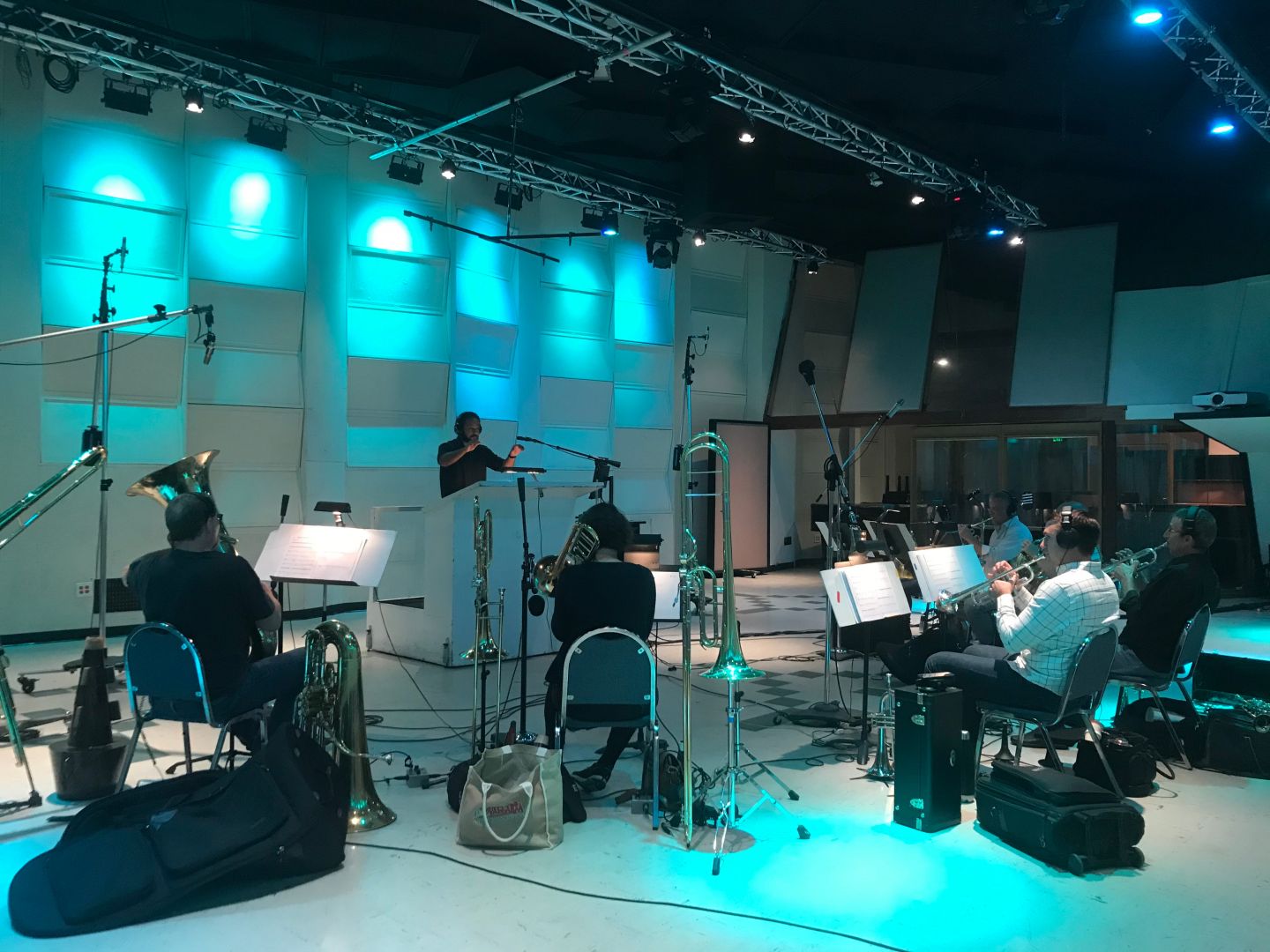 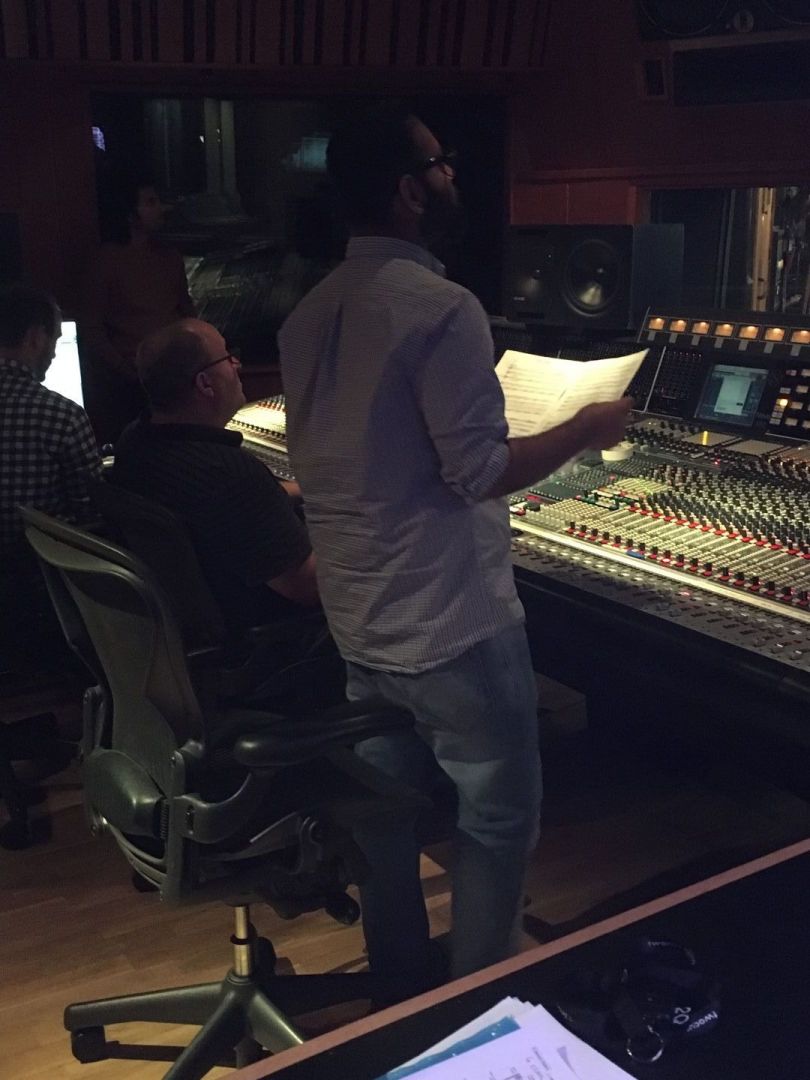 Shoutout is all about shouting out others who you feel deserve additional recognition and exposure. Who would you like to shoutout?
I honestly could not have made it this far without the support of my family and some of my very close friends. The pursuit of arts can be a tough journey and I am incredibly lucky to have a family who understands that and supports me unconditionally, I have some incredible friends who have been such a massive support system, without them I would have definitely fallen apart.

There are also people who took a chance on me, also people who didn’t, I think all of their contributions have led me here to this moment. One way or the other things did work out and I am incredibly grateful for it!