We had the good fortune of connecting with Arjun Yadav and we’ve shared our conversation below.

Hi Arjun, can you walk us through the thought-process of starting your business?

My first exposure to Hollywood came as a young adult. Movies like Juno, Million Dollar Baby, Almost Famous, The Breakfast Club had a significant impact on me. While still in that phase of fresh discovery, I found out about Mumbai Film Festival’s Young Critics Jury Program, but the deadline was over, so I looked up where the program director worked. It turns out he was a media professor at a film school about 20 miles from where I lived. I took the train, waited in his office for about 3 hours, spent another hour convincing him to look at some of my writings on movies. I followed up with him over email every day, and eventually, he grew tired of me and said, “You’re not going to go away, are you?” So he allowed me to enter the competition, and I ended up getting selected for the program. At 14th MAMI Film Festival, we saw Beasts of the Southern Wild, Haneke’s Amour, After Lucia – Michael Franco’s second movie, Electric Children (first lead for Julia Garner). For the latter movies, I got my movie reviews published in Hindustan Times and Box Office India magazine, which later got me an internship at TimeOut Magazine.

I left Timeout Mumbai to write and direct my first short film Strangers, which went viral when I released it in 2014. I realized I needed more producing experience to make better movies. That’s when the opportunity to work for 20th Century Fox in India came in. I produced home entertainment featurettes and extras features for the release of Emmy-award-winning titles like Homeland, New Girl, Glee, Fargo, Arrested Development, etc. We also re-released Rang De Basanti on DVD and Blu-Ray and for which I worked with director Rakeysh Omprakash Mehra and his team to develop a release strategy. Later that year, I collaborated with my team on Anil Kapoor’s 24 Season 1 release in India.

I moved on to work for Prime Focus World (now DNEG). There, I learned all about the post-production process – VFX, color grading and 3D conversion. I also produced a new series called ‘DoP’s Lounge’ where we featured some of India’s top cinematographers and directors who would talk about their shot list and how they used lighting and color grade to create the look for their movie. For Prime Focus, I produced VFX showreels of Housefull 3, Raabta, MS Dhoni: An Untold Story, and Star Trek Beyond: Barco Escape.

In 2018, I received a half ride fellowship to pursue an MFA in Film and TV Producing at one of the world’s top film schools, Chapman University. While there, I also interned in development at Fox Searchlight Pictures and on the Netflix series Sweet Magnolias. Since there, I have produced over five short films, most of which were SAG-AFTRA signatory. In 2019, I produced the short movie ‘Morning’, a love story set against the backdrop of the Vietnam War. As a producer, I was involved in the development of the screenplay and managed to secure the location of Malibu Creek State Park, the same site where classic TV show M.A.S.H was also filmed. For my producing work on Morning, I won the award for Best Producer at Rome International Movie Awards 2021. The film itself was also a finalist at Sweden Film Awards, Montreal Independent Film Festival and New York International Film Awards. ‘AFTER’, a movie that Arjun line produced was selected for the 2020 edition of the prestigious Cannes Film Festival’s Emerging Filmmaker showcase.

In 2020, I was a line producer on feature film ‘A Place in the Field’, directed by Nikki Mejia, a recipient of the Audi Fellowship for Women, at AFI Conservatory. In 2021, I was a Unit Production Manager on ‘On our Way’, where I worked with other producers to manage SAG-AFTRA paperwork and travel arrangements for actors.

In March 2021, I produced another short film ‘A Perfect Love Story’ for famed author and purpose coach Jay Shetty who is also attached as Executive Producer on the film. As a producer, I was involved in hiring the key crew, budgeting the film, managing the finances, and securing all the necessary permits and shooting gear.

But perhaps my most significant achievement was getting selected as one of only 5 producers out of 4500+ applicants for Emmy-award winner Lena Waithe’s mentorship lab program. I am currently working as a Production Coordinator at Wayfarer Studios.

As a producer, I strongly believe in the power of stories to elicit political, cultural, and social change and want to produce movies that are audacious and thought-provoking. Through my stories, I want to spotlight grievances, triumphs, and experiences of the underrepresented, marginalized, and diminished voices. 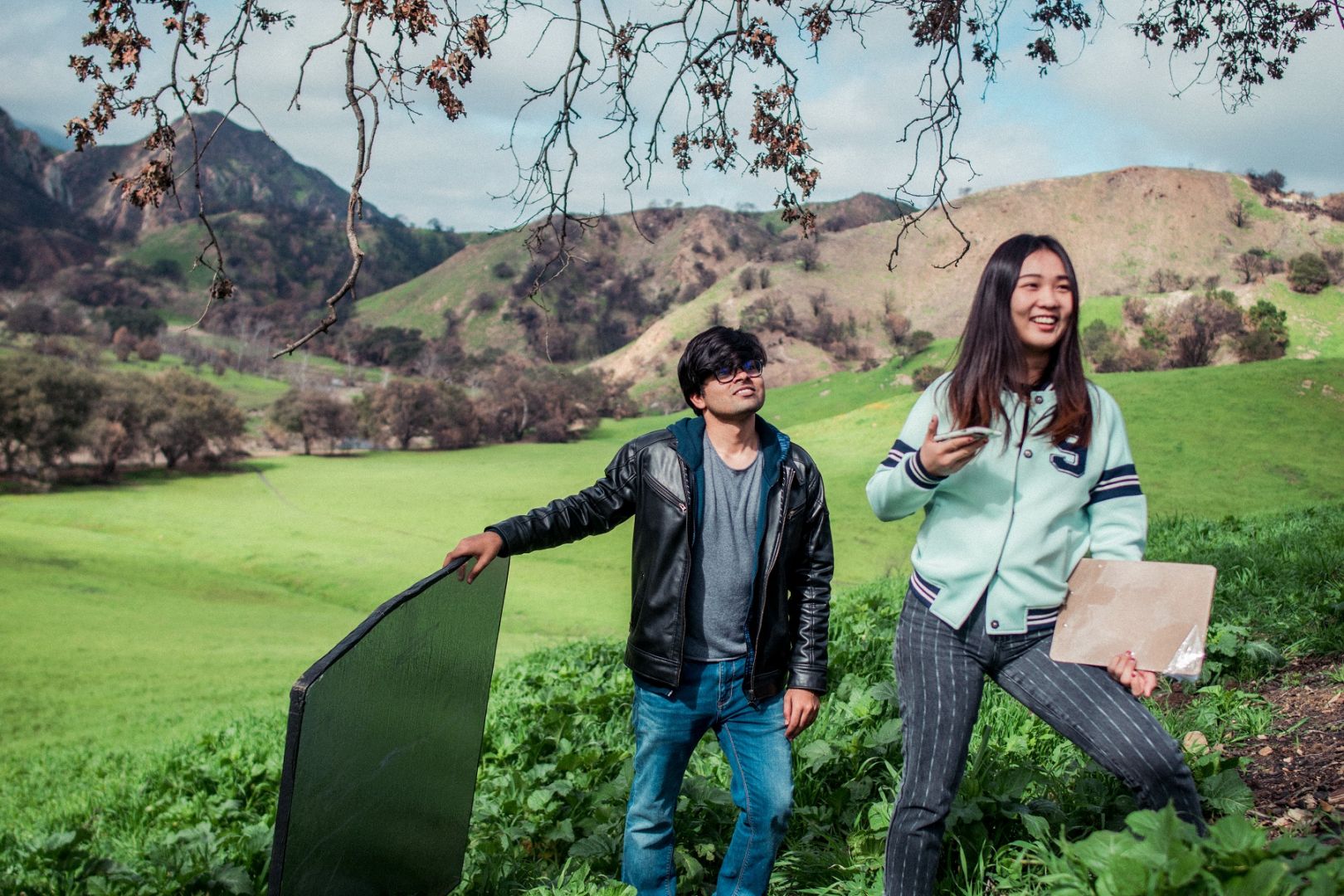 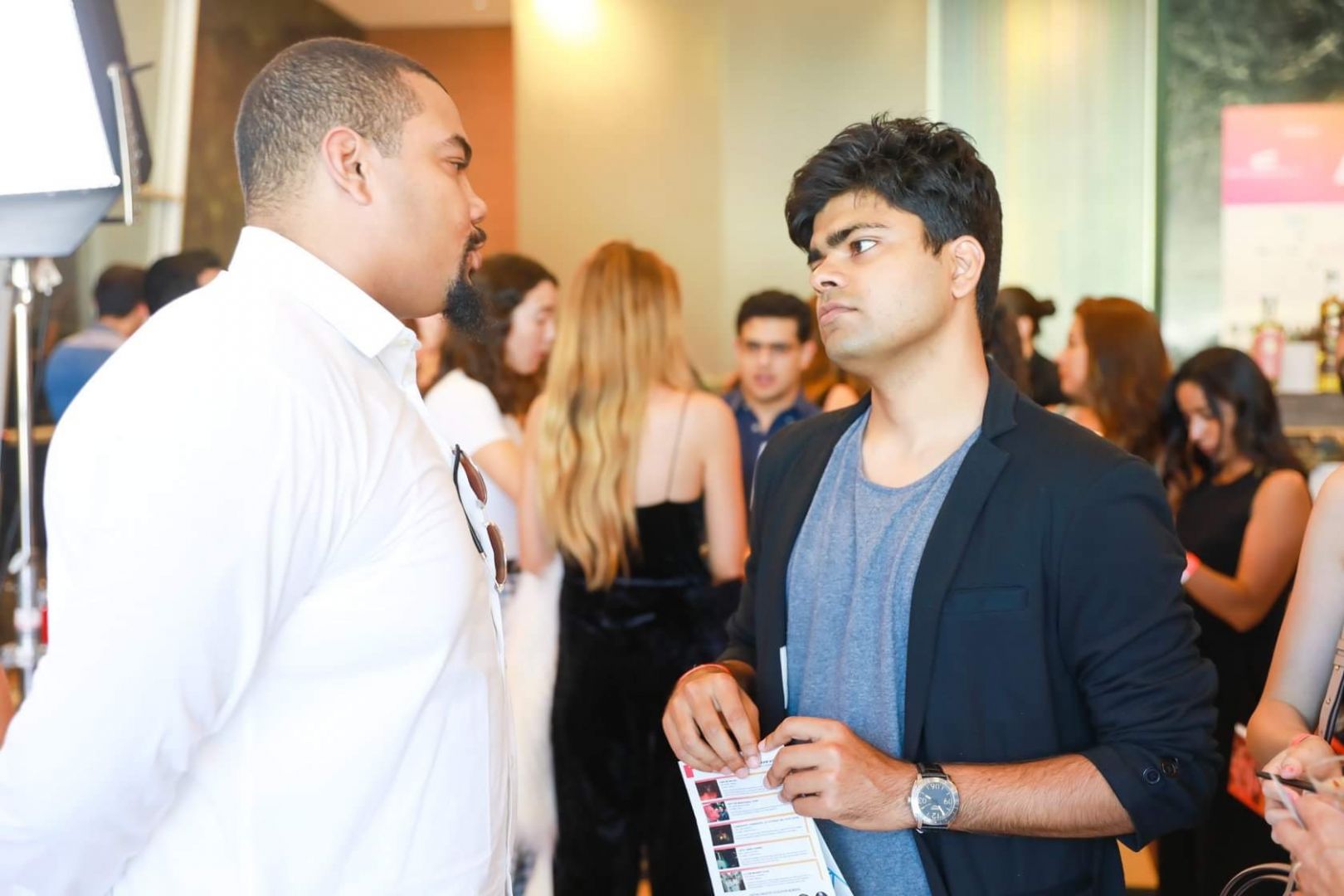 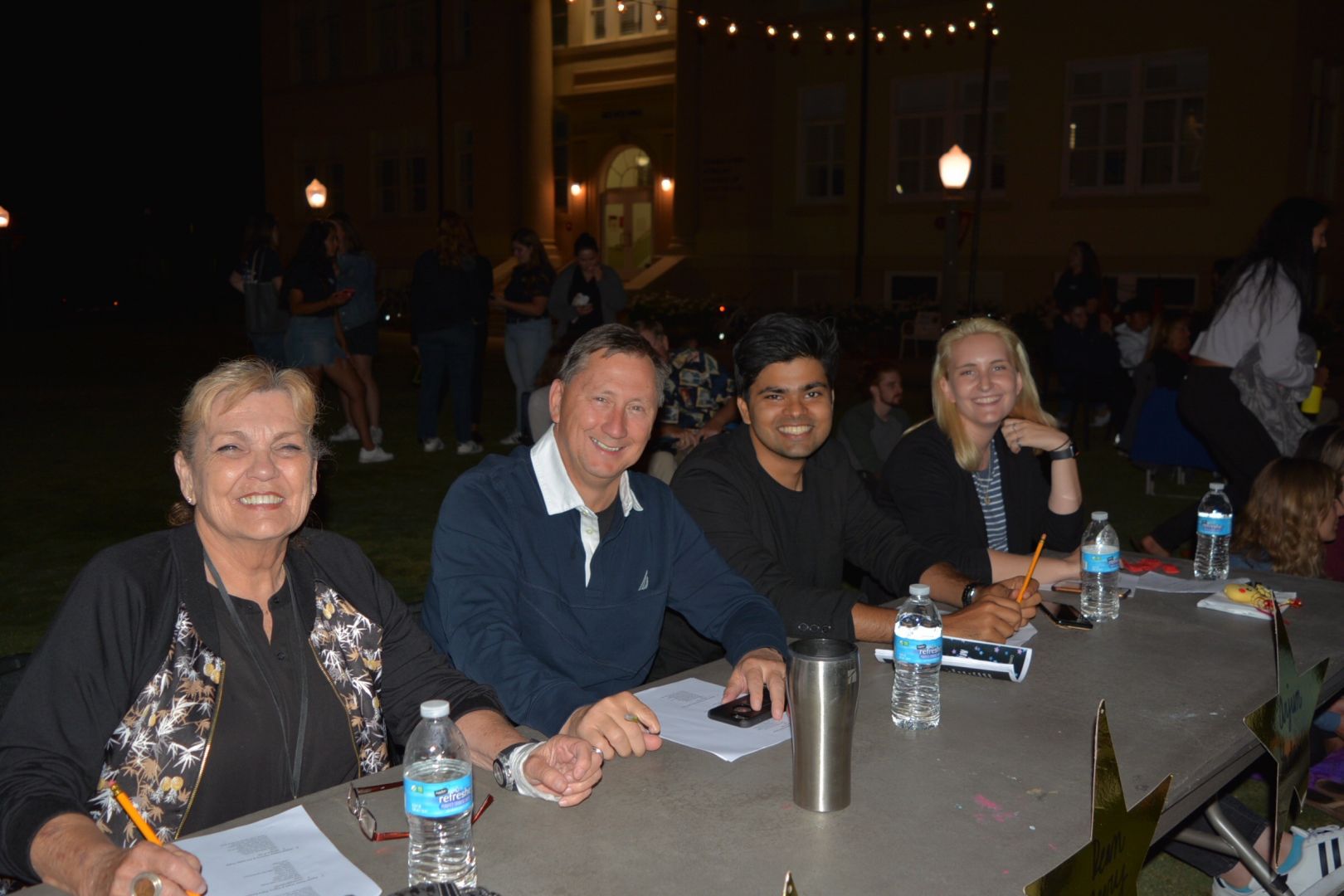 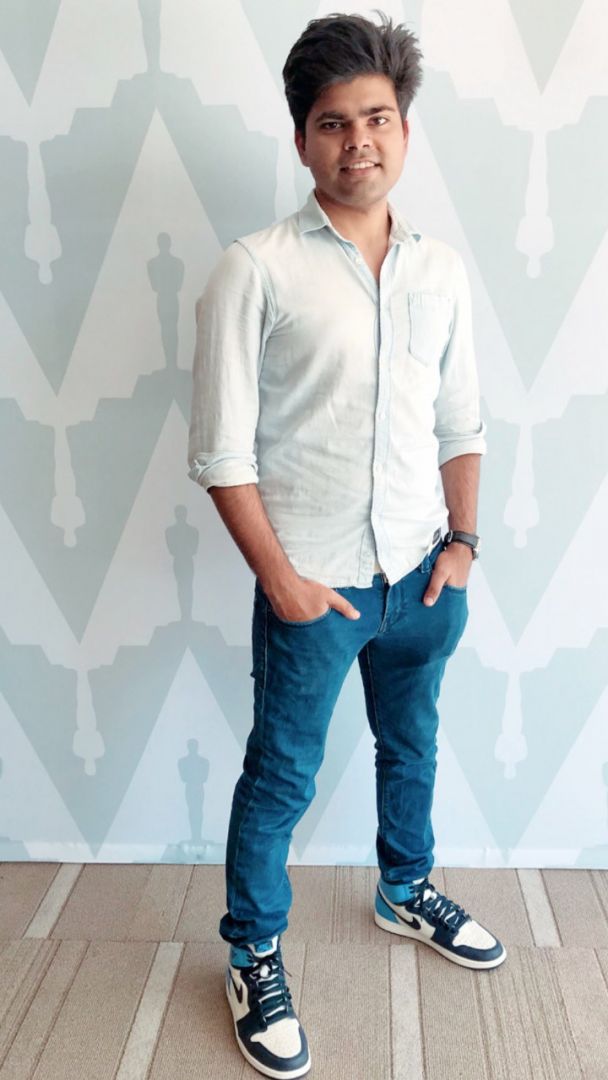 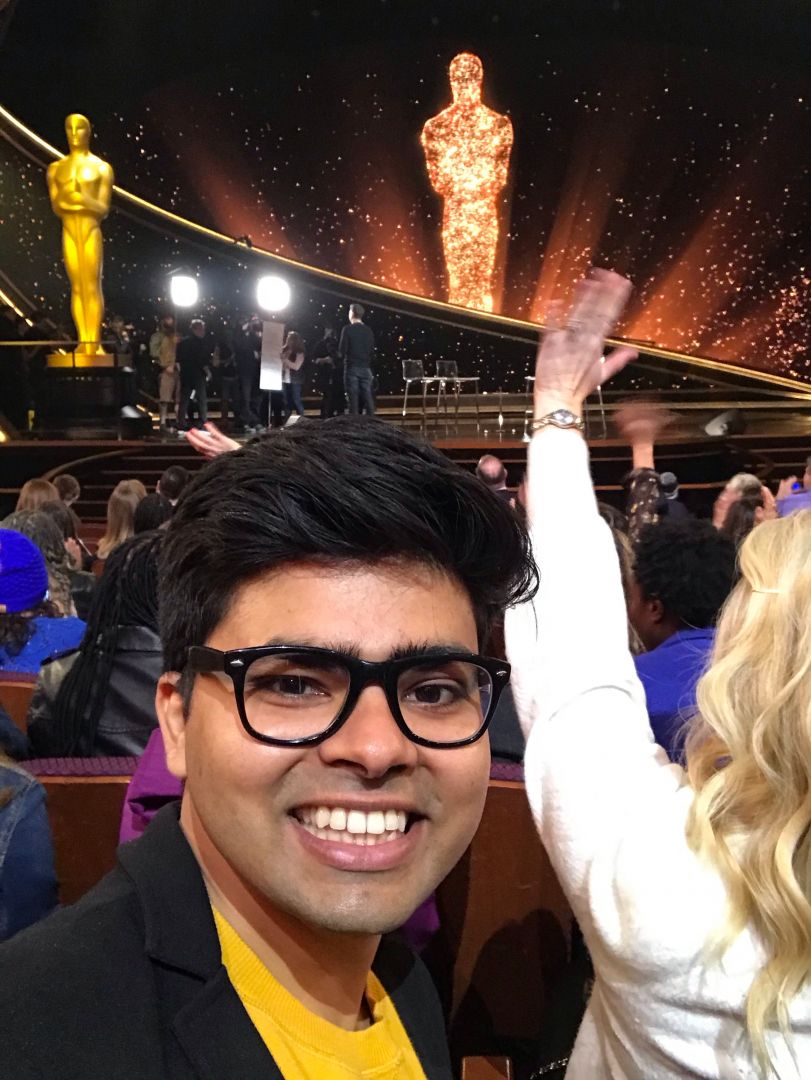 I think what really sets me apart is my tenacity and my willingness to risk it all in the pursuit of my passion. Like securing student loan to attend Chapman wasn’t easy but I spent months, circling around banks, getting rejected by one after another because mine wasn’t an engineering or business program. Even when I came to LA, I was working non stop – I was doing internships, producing movies, attending classes, finding networking opportunities. After 4 failed attempts to score an internship at my favorite studio, Fox Searchlight, I finally got it during my last semester of MFA at Chapman. Being part of the Disney umbrella of studios and networks promised myriad opportunities to network with fellow interns, assistants and executives. I was fairly optimistic about my prospects to pitch projects and ideas in front of network executives and decision makers to get valuable feedback and get referred to people who would believe in the project and champion its vision. But it all came crashing down when we were laid off along with thousands of Disney’s employees.

Since I’m an international student here in LA, I was living all alone by myself. My family was in India, my friends from schools moved out and once I graduated in June, there was absolutely no work going around nor were there people willing to take calls or offer any opportunities. Alone, I would spend weeks, isolated, deprived of human interaction and feeling homesick. The year that started with a bang, just got way darker. But I gradually, piece by piece carved a way out of this darkness and began working for free just to keep myself busy and help my peers out. I ventured into areas of education I was completely oblivious of. I learnt about economics and entrepreneurship. I studied multiples books on film production, business affairs and screenwriting. But most important, what this dark phase taught me was to never to lose empathy for people around me. There is a tremendous power in people coming together and helping each other out.

To that end, I recently did a panel discussion with one of India’s leading news channels, India Today talking about United States’ inclusive vaccination policy and to alleviate any concerns that incoming students might have about arriving to US un-vaccinated. My hope is that more students would feel comfortable knowing that when it comes to being vaccinated, they wouldn’t come across any discrimination on the grounds of nationality or their visa status.

We would go to Silverlake Ramen, Samosa House, Spice Affair also cook at home a lot for sure. 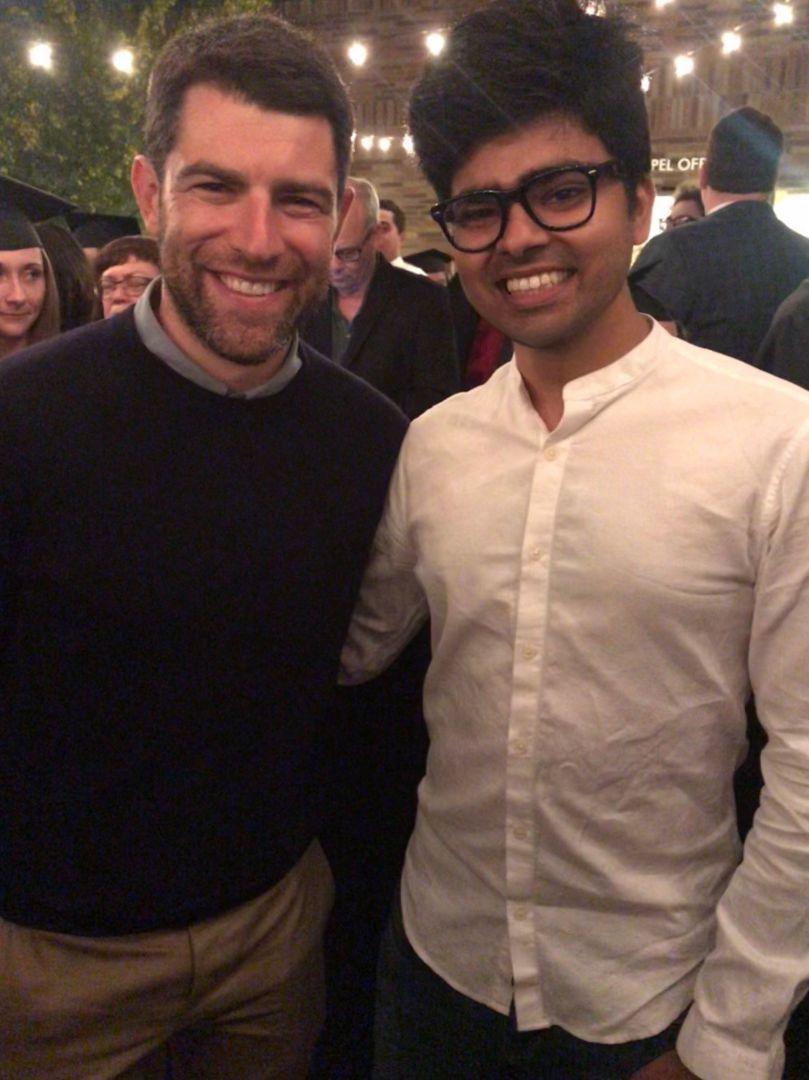 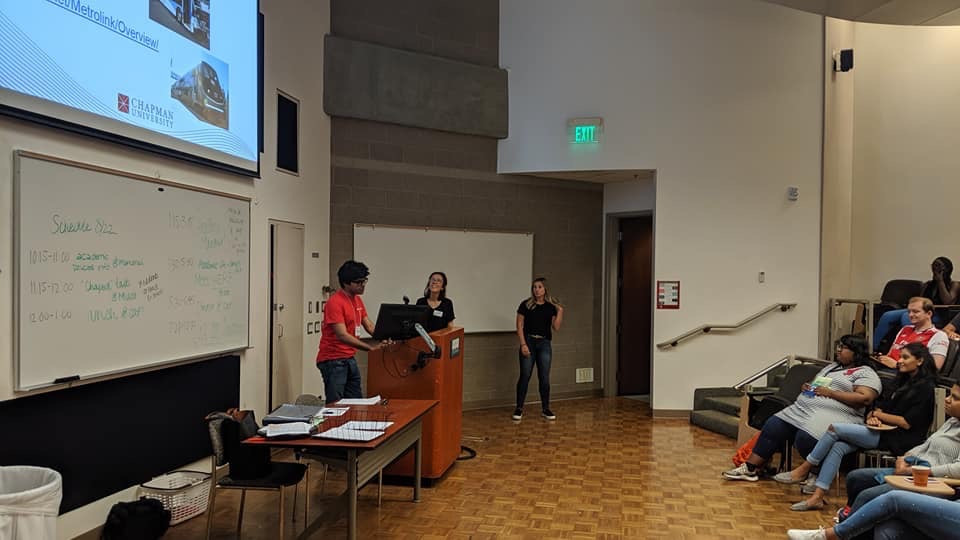 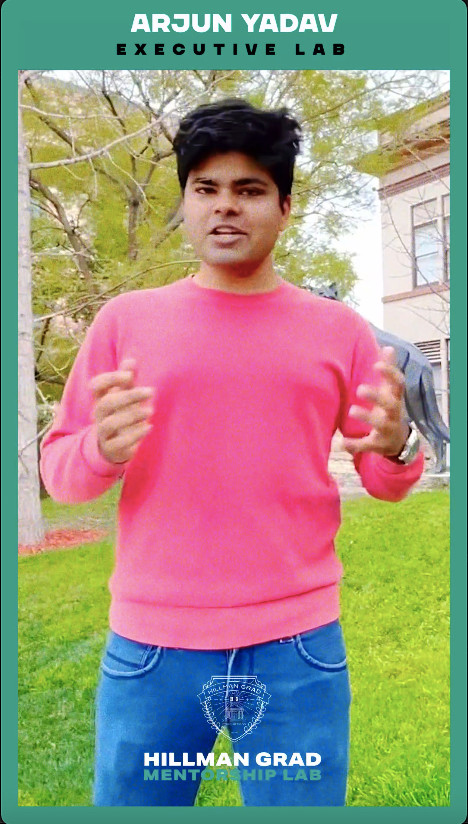 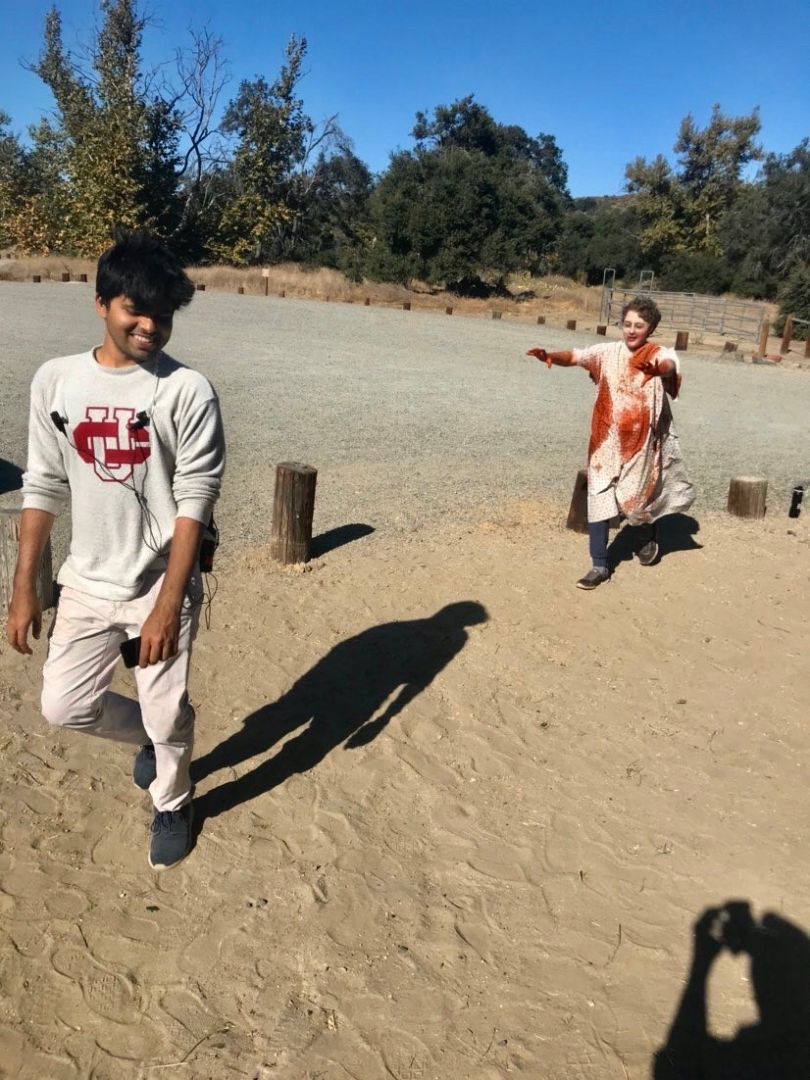 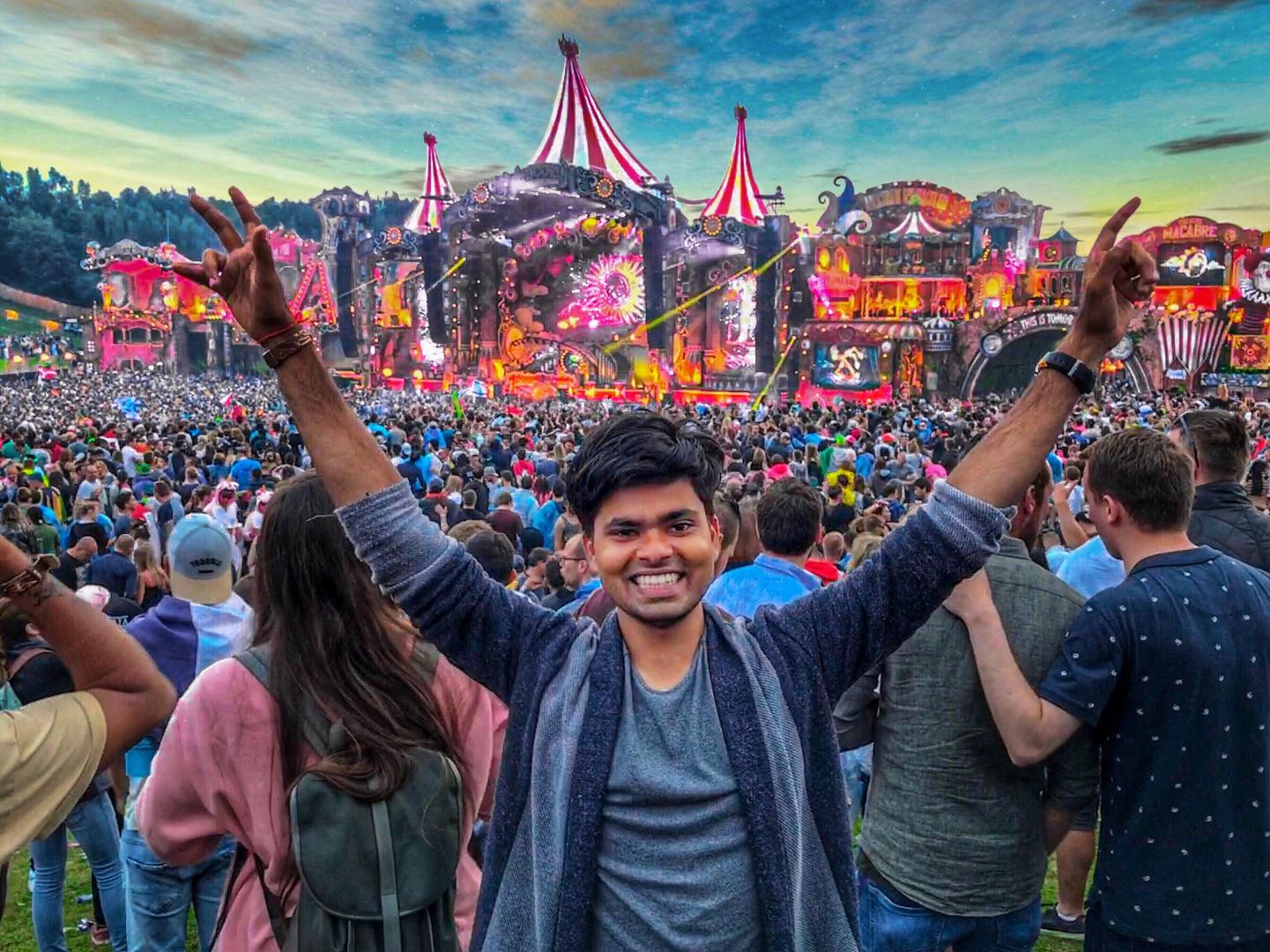 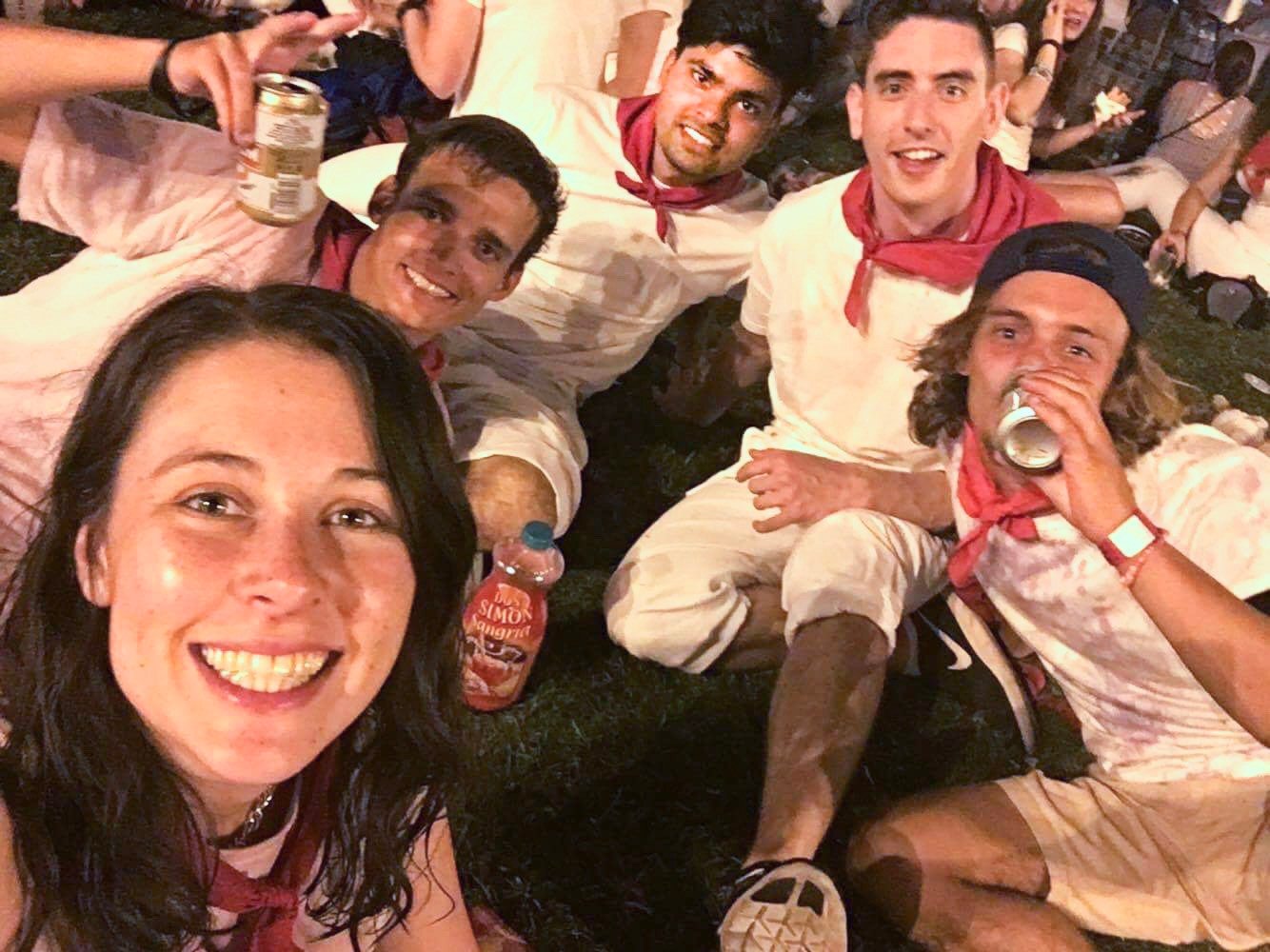 Entire community of professors and educators at Chapman where very kind and supportive, especially Dean Galloway. You hear about people offering to help and saying that they’ll keep you in mind but you never really hear from them much. But Dean Galloway went out of his way to make some introductions and pave the path for informational interviews at a time when I was looking for work. Also a big shoutout to Michael Clear at Atomic Monster – incredibly humble guy. To this day I get emails from agencies and studios saying that I was referred to them by Michael. My wonderful supervisor at Searchlight Pictures, Apolline Berty. I had a great learning experience there and they’ve been so kind in writing me recommendations and advising me on projects.

And a big shoutout to Labid Aziz who took a chance on me and gave me an opportunity to join the incredible team of creatives at Wayfarer Studios. Everyone at Hillman Grad Productions, especially Rishi Rajani and Lena Waithe, the producing lab has been a great experience so far and I can’t wait to expand on my learning and sharpen my skills throughout the length of this program.

Image Credits
all copyright and credit is with me.