We had the good fortune of connecting with Arun Narayanan and we’ve shared our conversation below.

Hi Arun, what’s your definition for success?
I don’t have a strict definition for success in my career as a screenwriter/filmmaker. Equating success with the achievement of specific goals is a recipe for a never-ending cycle of depression and anxiety: until I achieve the goal, I’ll be depressed that I haven’t achieved it yet, and after I do, I’ll be anxious about not having a goal anymore. Instead, I treat pretty much any validation of my work, however small, as a success. It could be positive feedback from a fan, a request from a producer to read a script, a call to come in for a general meeting, or a placement in a festival or a competition – I count just about any event that makes me feel good about my writing. But on the flip side, I try not to see the lack thereof as failure, because the timing of these events tends to be outside my control. I believe in my talent (and I’ve met enough people over the years that seem to believe in it too, so I know I’m not delusional), so as long as I’m consistently writing and generating new material, and putting that material out into the world however I can, I believe the next event will come before too long. Not every event will be truly consequential of course, but it’s impossible to know which ones will and which ones won’t – my first-ever general meeting led to my paid writing job, but no general meeting since has led to anything – so I might as well celebrate them all (again, mainly for the sake of my sanity). Bottom line: breaking into Hollywood is a game of perseverance and luck, so even when it feels like nothing has “happened” in a while, I do my best to remind myself that the only failure would be to stop trying. 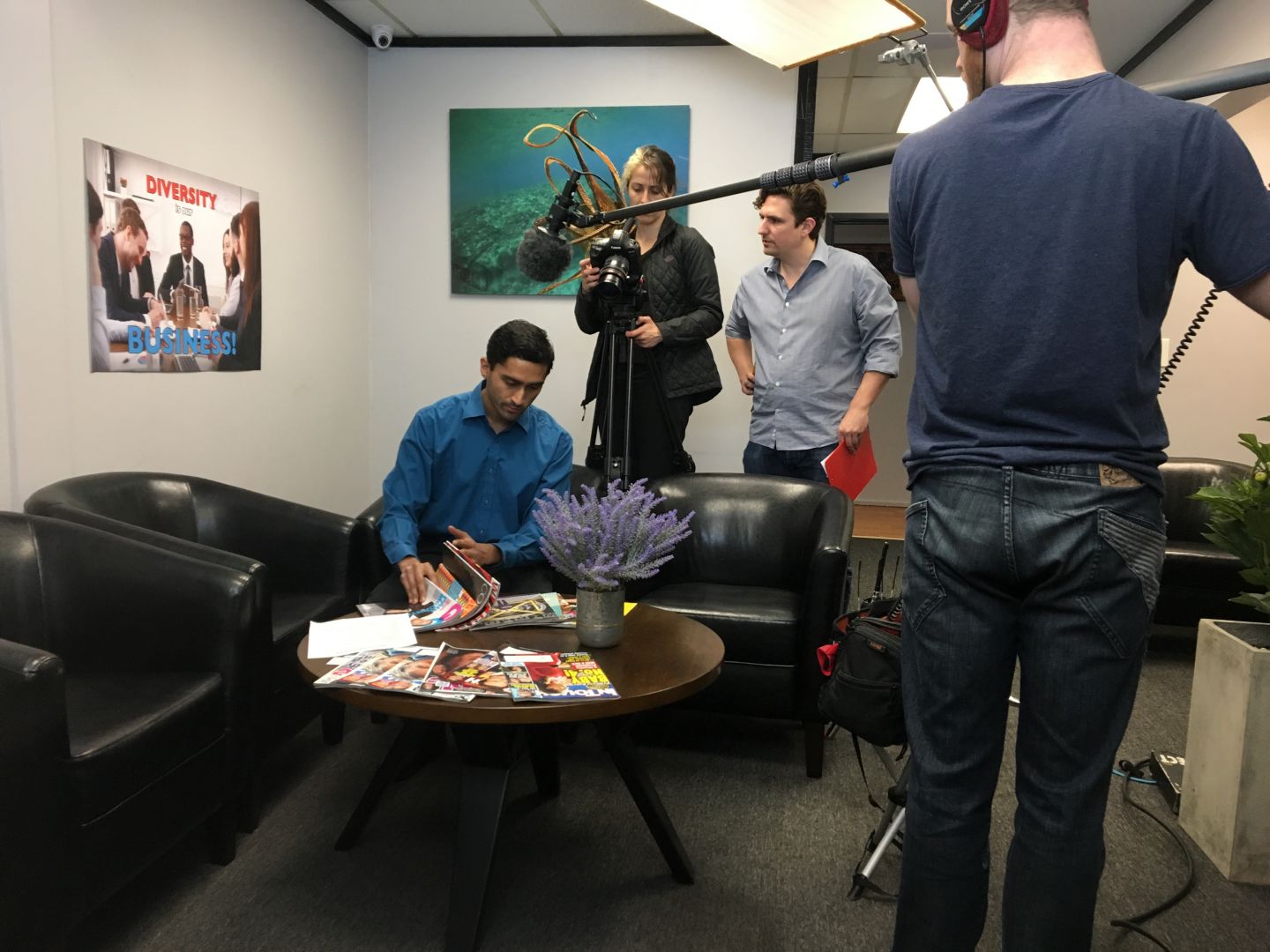 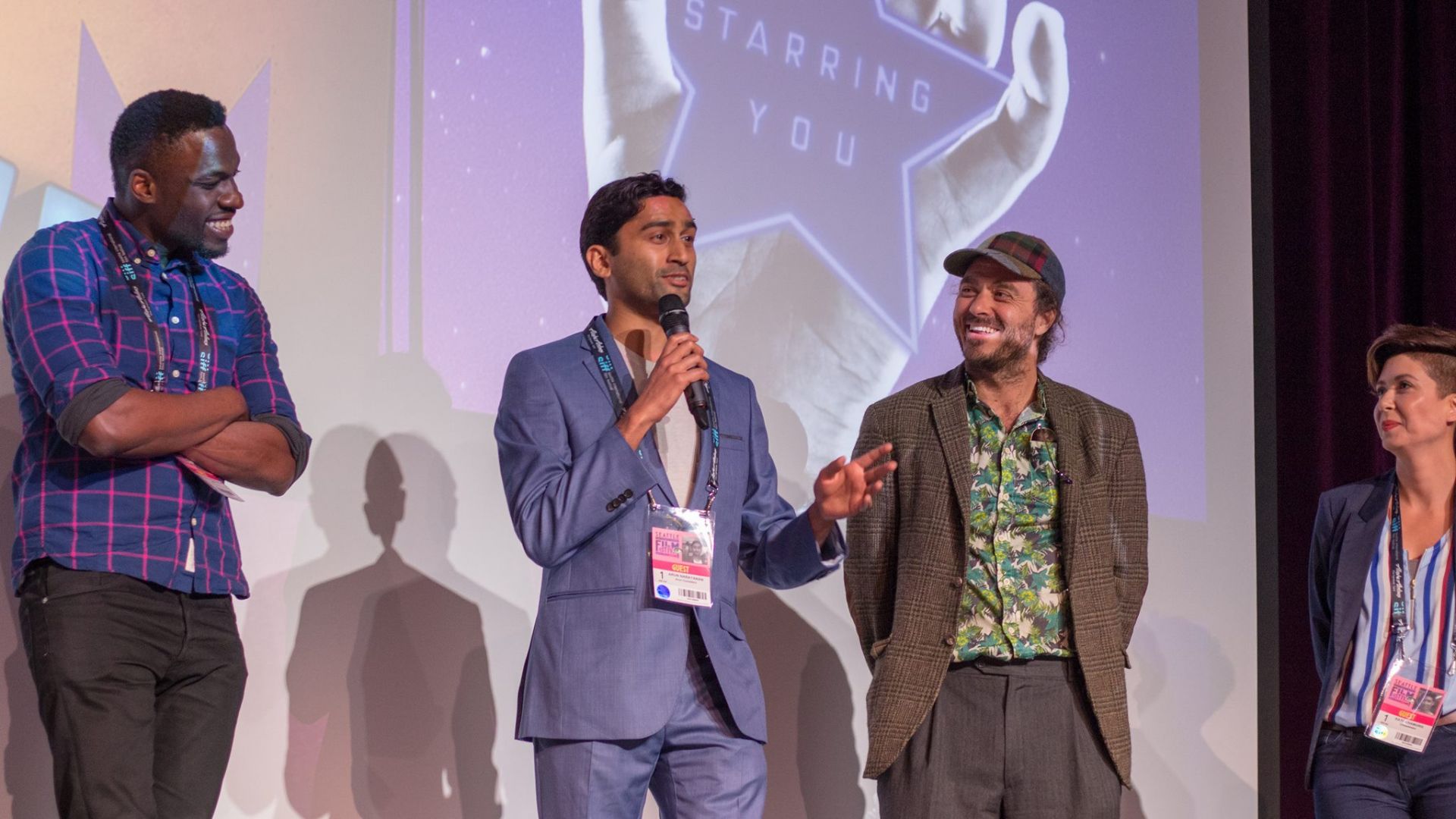 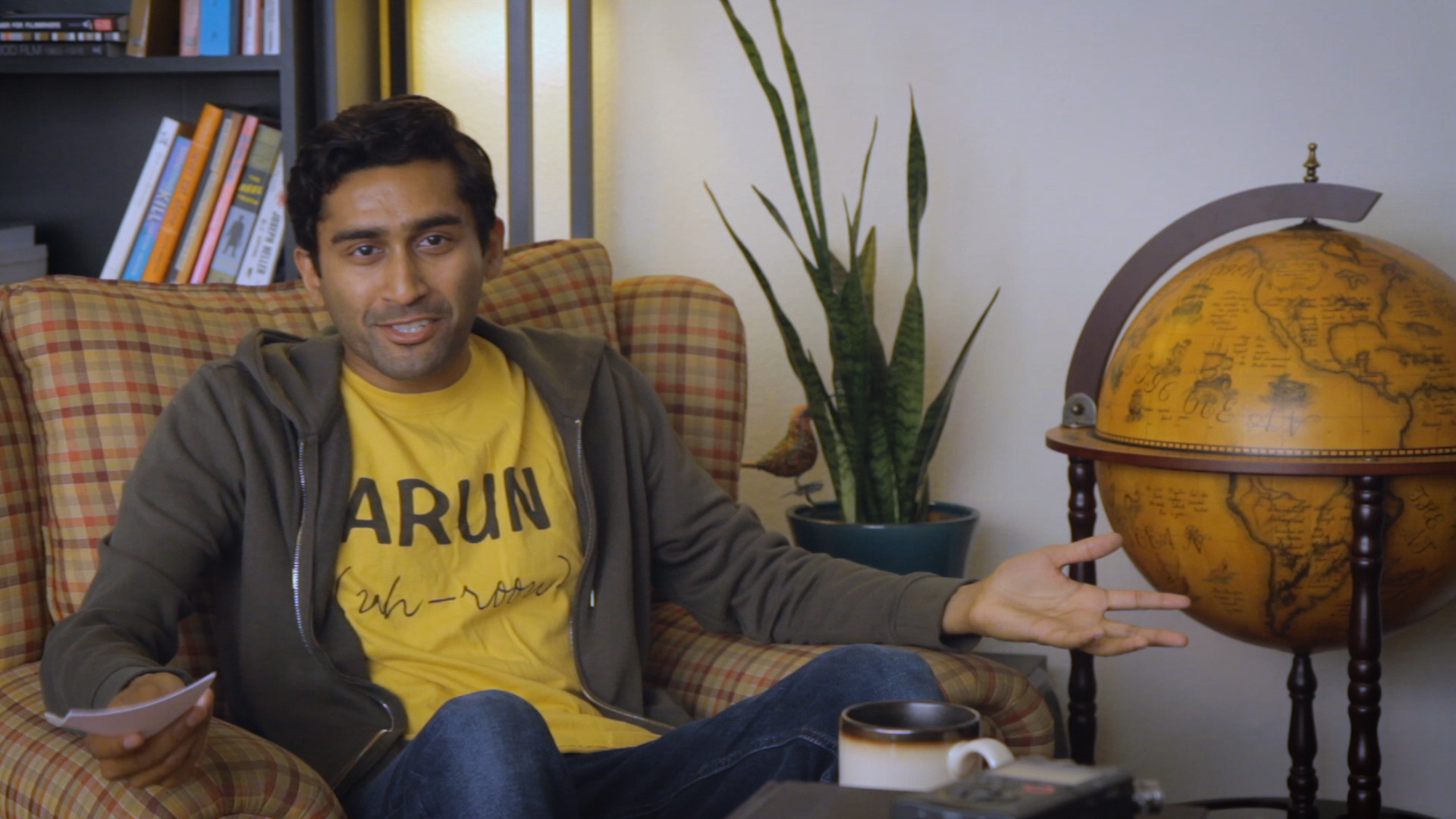 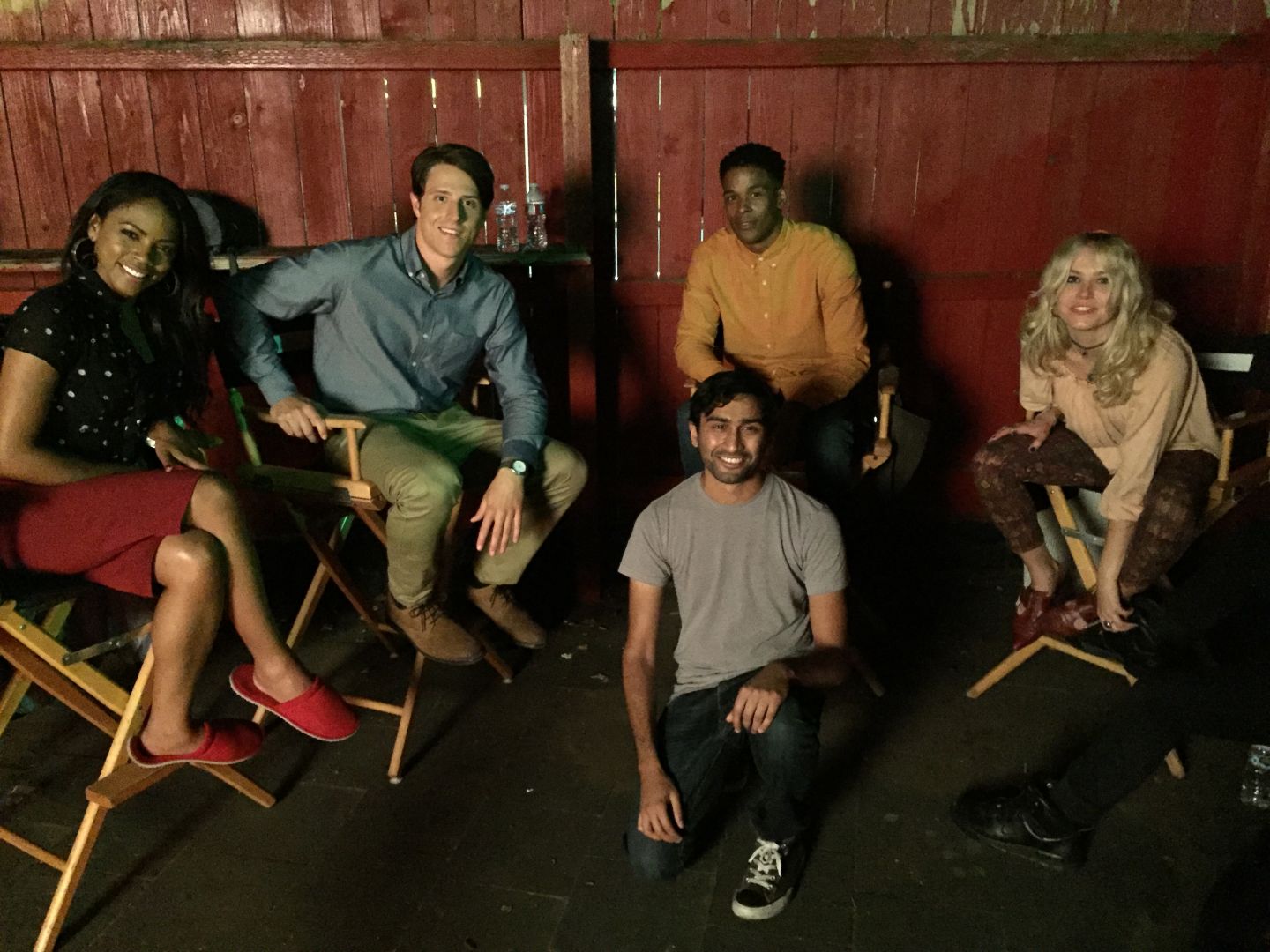 Please tell us more about your art. We’d love to hear what sets you apart from others, what you are most proud of or excited about. How did you get to where you are today professionally. Was it easy? If not, how did you overcome the challenges? What are the lessons you’ve learned along the way. What do you want the world to know about you or your brand and story?
My art is audiovisual storytelling, by way of writing. I hesitate to say “screenwriting” only because it’s hard to call scripts alone “art” – they’re blueprints for art to-be-produced, and only one of the dozen-or-so scripts I’ve written for film or television has actually been produced to date anyway (and frankly it feels pretentious to call that one, a fluffy romance built for The Hallmark Channel, “art”). On the other hand, I’ve written a few short films and twelve episodes of an experimental web series that were not only produced, but produced by me personally. Those videos are the art that I’ve put out into the world so far for people to see, and they represent my brand as a writer/filmmaker/storyteller/artist. That web series is called ARUN CONSIDERS, and each episode is essentially a funny essay on a particular topic in the form of a rambling inner monologue voiceover, paired with various shots of me living my life in Los Angeles. The topics, like stand-up comedy bits, are wide-ranging (to give you a sense: episode 1 was “Arun Considers Heroin,” episode 3 was “Arun Considers Shaving”), but become specific and meaningful as I frame them in my particular perspective (for example, I consider “shaving” in the context of what it felt like to be a bearded brown man in an airport after 9/11). The visuals add another layer of meaning or humor, and the visual style varies from episode to episode as I collaborated with different directors (shout out to Dave Dorsey who directed those first three episodes to help me set the template, and to Jordan Ledy who has directed half of all of the episodes at this point, including the most recent three, which were nominated for a YouTube Streamy Award last year), so each one feels unique. Broadly speaking, I see my art as any creative expression of my authentic self, and those webisodes very much capture who I am as an artist. But every story I write is heavily informed by personal experiences and views, so there’s a genuine reflection of me even in that TV movie (even though my script was heavily rewritten before production.) That’s all to say that I don’t really worry about setting myself apart from other artists, I just try to be as authentically myself as possible in my work. Or to put it another way, I write only what I know that only I can write. That’s also how I got to where I am today professionally. The first script I wrote that got any attention was also my first attempt to get personal in my work – it was a coming-of-age comedy based on my childhood in Connecticut – and it won a few screenwriting competitions, got me an agent, and led to my first paid writing job. All of that happened within my first two years after film school and things have moved a bit more slowly since, but that series of events, which started with that very-personal script, gave me the confidence to call myself a writer and to continue calling myself a writer today.

Let’s say your best friend was visiting the area and you wanted to show them the best time ever. Where would you take them? Give us a little itinerary – say it was a week long trip, where would you eat, drink, visit, hang out, etc.
Until very recently I lived in Los Feliz, which in my humble opinion is the best neighborhood in Los Angeles. So here’s an itinerary featuring my favorite places in LA, starting in Los Feliz and then branching out into Silver Lake (Silverlake if you’re cool), Thai Town, East Hollywood, and Hollywood – the set of neighborhoods where I spend most of my time: 1. Brunch at Little Dom’s (hoping for a celebrity sighting) 2. A walk down Vermont Ave, with a stop at Skylight Books and a beer at Public House 3. A movie at the beautiful (and crazy cheap) Vintage Vista Theater 4. A hike in Griffith Park (it’s less of a scene than Runyon Canyon), to the Hollywood sign if we’re feeling ambitious, with an obligatory visit to the Observatory 5. Chicken wings (the best in the city) at Ye Rustic Inn 6. A recent discovery: Burgers Never Say Die, plus the cookies they get from Brady’s Bakery 7. Ice cream at Jeni’s (I know Jeni’s isn’t from LA, but it’s the best) 8. A late-night snack at the best 24-hour diner (in the world?), Fred 62 9. Some bar-hopping on Hyperion Ave: The Friend, Hyperion Public, and if we’re feeling adventurous, Tenants of the Trees 10. Edendale for a more laid-back drink 11. Thai food at Night + Market Song, which was until recently my favorite restaurant in Los Angeles (my new favorite restaurant is UOVO, an incredible Italian place on the west side, and I’m taking this opportunity to shout it out now even though it’s not in the area) 12. Tacos from pretty much anywhere, the cheaper and less conspicuous the better (with a special shout out to Kogi, Gus’s, and that one roadside stand that puts pineapple slices on its al pastor tacos, somewhere on Sunset Boulevard in Silverlake) 13. An old-fashioned at Harvard & Stone (and a burlesque show if it’s Friday night) 14. More great Thai food in Thai Town – there are a a lot of good options, but I’ll go with Jitlada because of the impressively enormous menu and because Matt Groening is apparently a fan 15. In-N-Out Burger, duh 16. Happy hour at Good Times at Davey Wayne’s, and then maybe some more bar-hopping around Hollywood – Mama Shelter has a nice rooftop, Scum & Villainy for the Star Wars nerds 17. A movie in the Arclight Dome 18. Lunch at the Netflix offices – I work there so I can get us in, and trust me, it’s a vibe 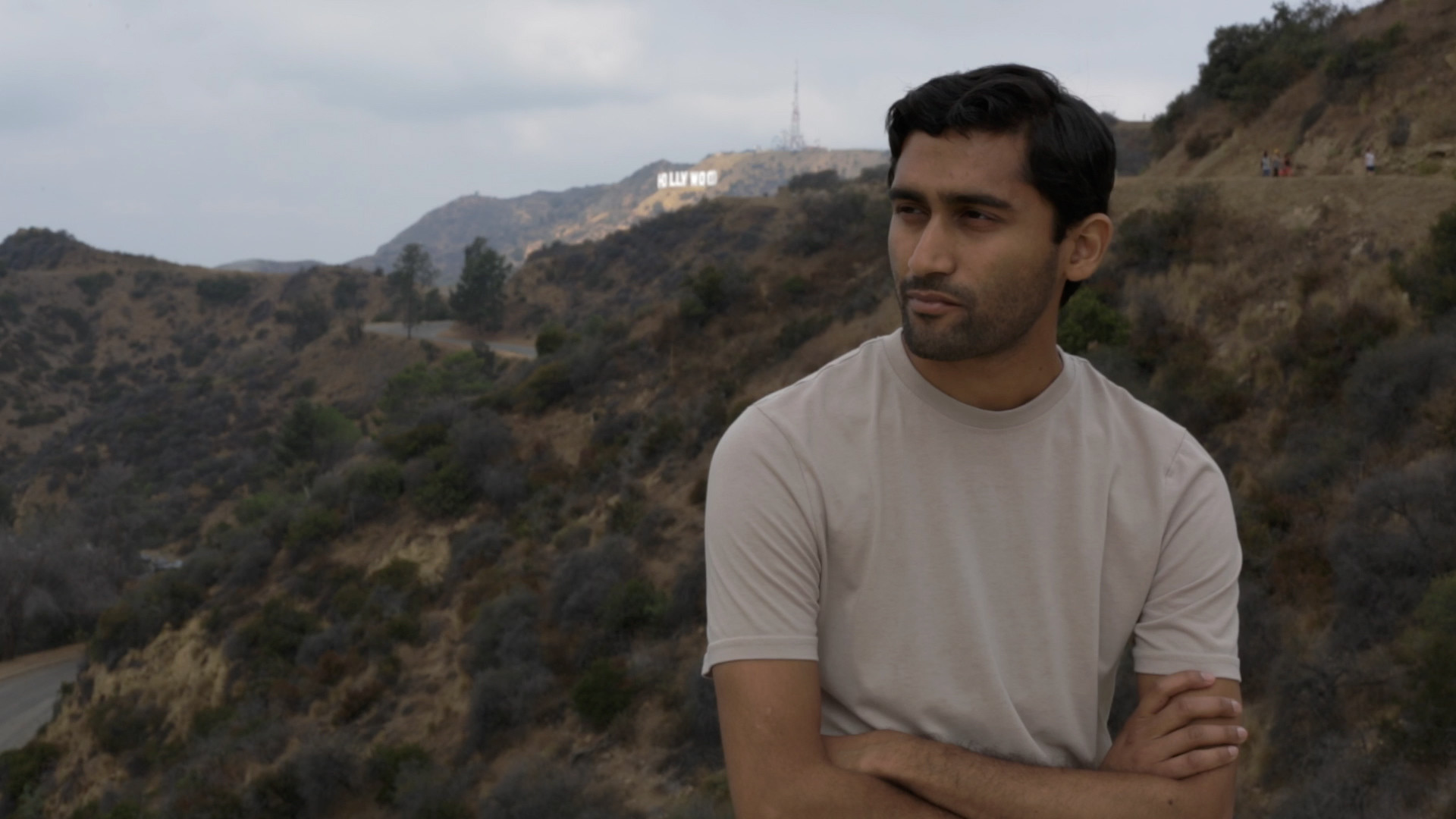 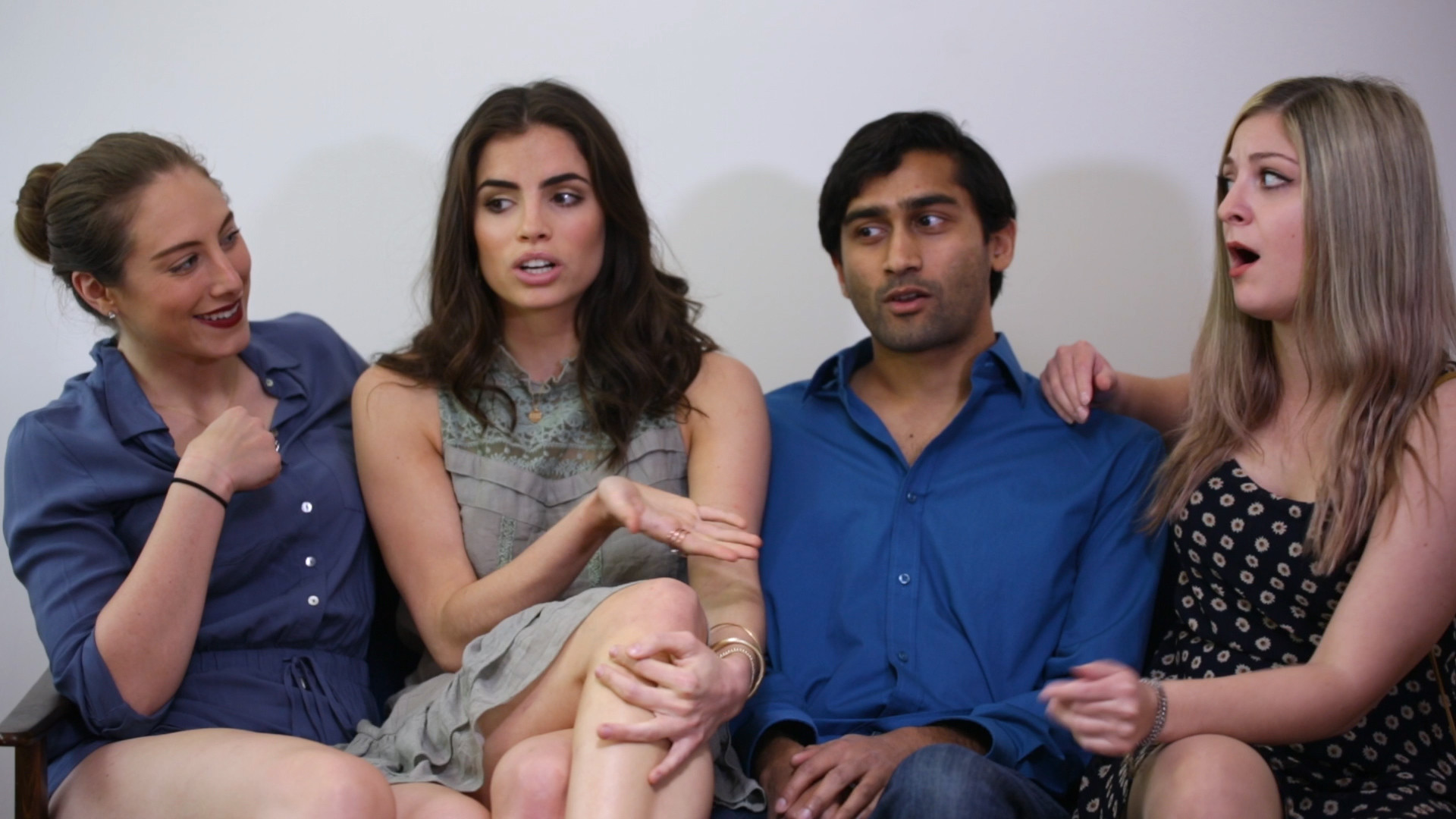 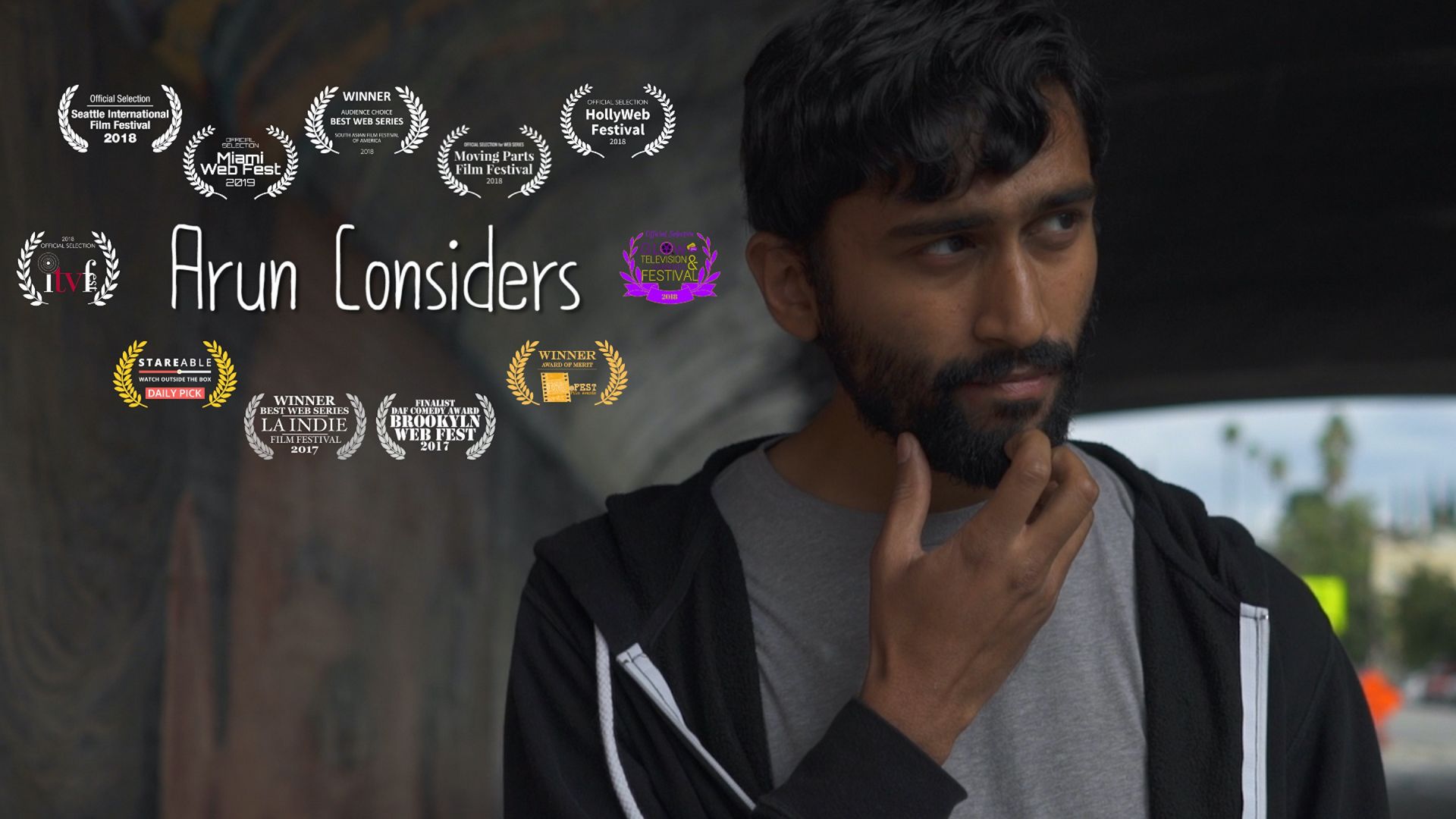 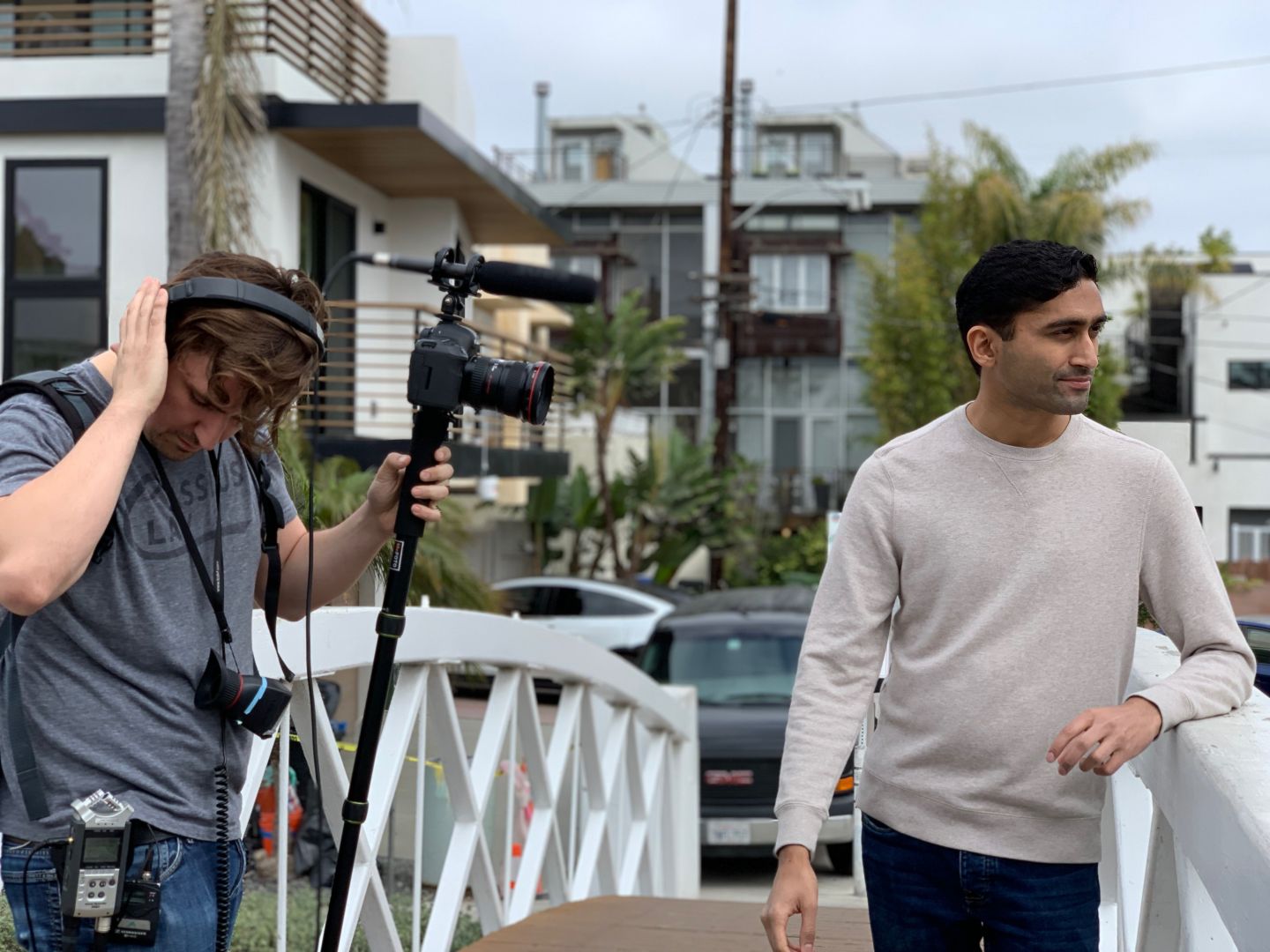 Shoutout is all about shouting out others who you feel deserve additional recognition and exposure. Who would you like to shoutout?
This might not be the sort of thing you’re going for, but I’d like to shout out my girlfriend, Josie Glore. She’s pretty much the only person I’ve seen IRL since March 2020, but she’s kept me sane and I can’t imagine going through this crazy year without her. I love you babe 🙂