We had the good fortune of connecting with Becca Ward and we’ve shared our conversation below.

Hi Becca, is there something you believe many others might not?
In my parent’s generation, the understood avenue to success was to follow the conventional saying “put your head down and work hard.” We’re in a new space where we see the prolonged negative effects of our parents allowing us to be raised outside- by wolves or a water hose or by whatever was near and mostly trusted. I’ve unlearned this and it’s the best 1/3rd life crisis I could have never asked for. I work smart so I don’t burn myself out from the comedy scene. I do my homework for jobs, gigs, meetings, interviews, etc. I’ve even snooped into potential employer’s or booker’s Spotify playlists just to have a glimpse into someone’s personality. Hard work is still a necessary rule, but my advice would be stay aware and pay attention because the rules are always changing! 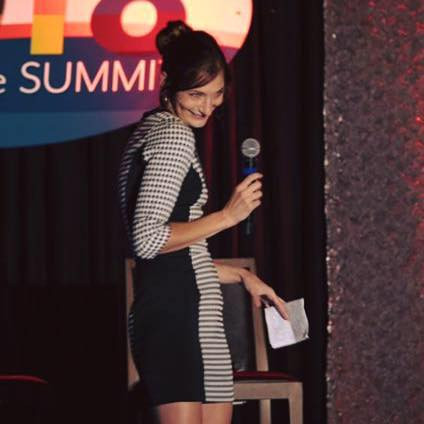 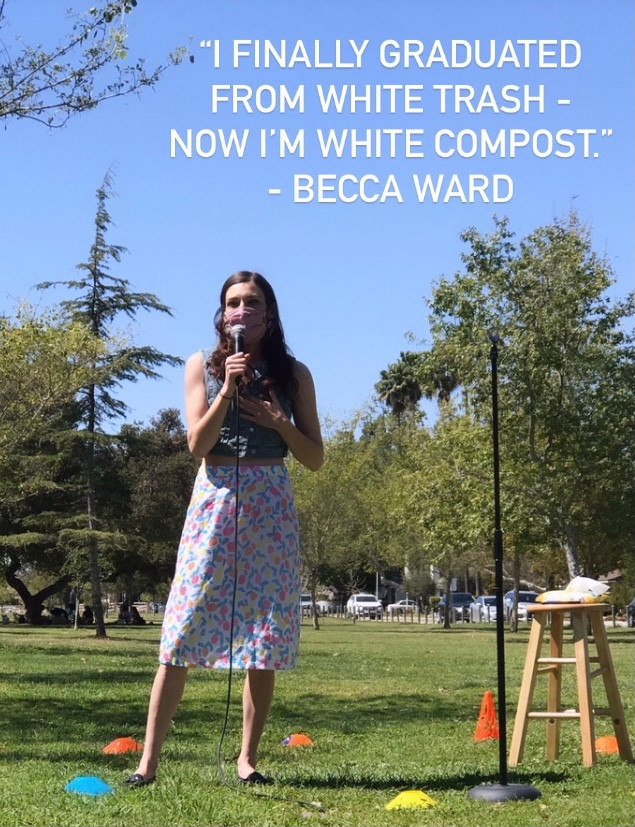 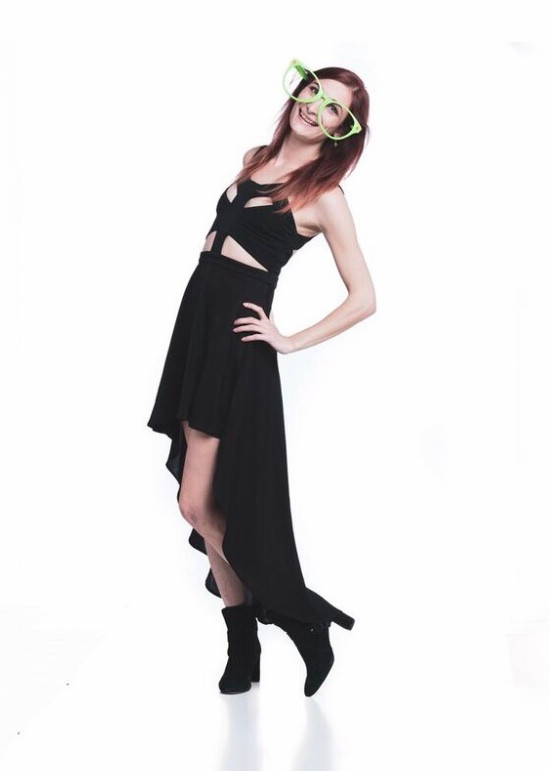 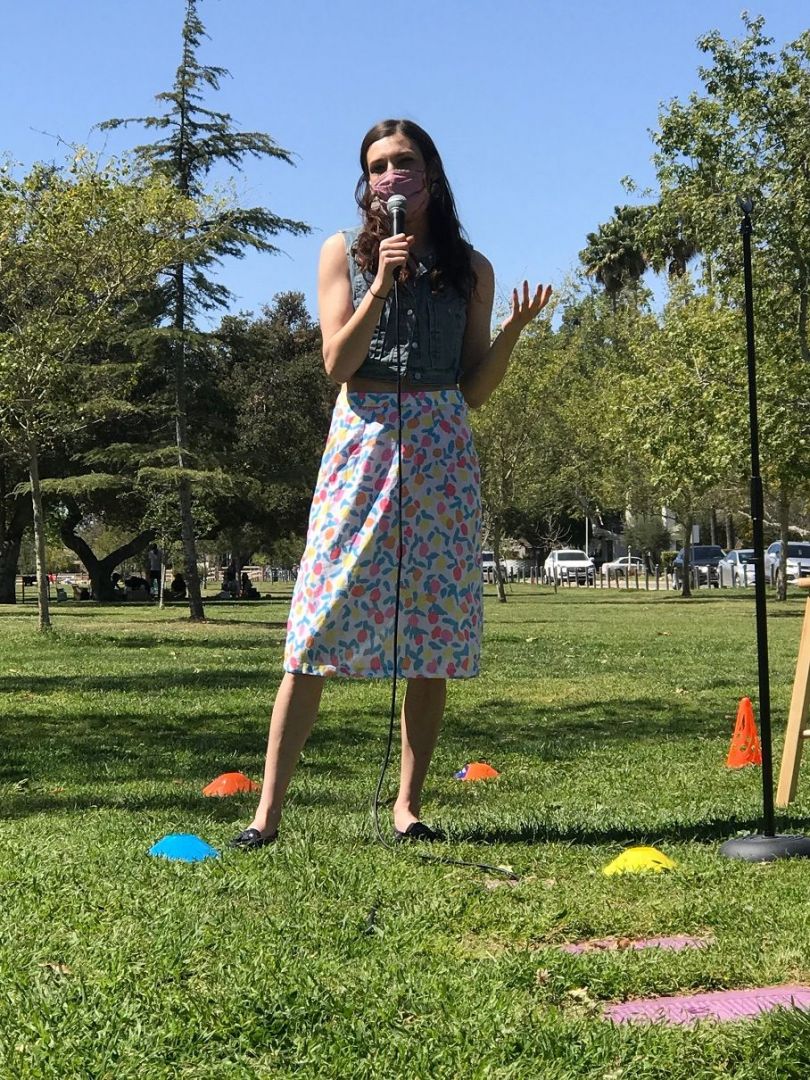 Alright, so let’s move onto what keeps you busy professionally?
Comedy has always served such a purpose in my life- giving purpose to pain. I grew up with seven siblings in Nowhere, West Va, which usually is what sets me apart from others. Once I realized how differently I had grown up from the majority of my peers, I fell in love with bringing my point of view to others and uniting people over laughing, especially if it means at my own trauma. I’m most proud and excited over the fervor of which I’ve written jokes during quarantine; they are ready to hit the live stage again! I’ve stayed diligent with the end goal of an hour comedy special in sight. I got where I am today due to fearlessness: fearlessness of starting over, of rejection and of failure. While I’m the only one in my family who ventured to the west coast, I feel so fortunate that I have had their full support in all of my artistic endeavors. It’s incredibly lonely sometimes. I truly believe comics are some of the loneliest people due to their utterly unique perspectives, but I’ve overcome some of this by building a comedy family in Los Angeles. It is one of the most supportive lanes in the industry. I’ve learned some serious lessons along the way- I’ve given a lot of energy to a lot of seemingly undeserving people, but I truly believe it all serves a purpose. Who knows, maybe they needed it more than I did in those moments. I would love the world to see through my comedy how both sides of the aisle (left and right) can collide in a less than catastrophic and pretty hilarious way.

Let’s say your best friend was visiting the area and you wanted to show them the best time ever. Where would you take them? Give us a little itinerary – say it was a week long trip, where would you eat, drink, visit, hang out, etc.
Los Angeles Public Library in DTLA The Last Bookstore
Grand Central Market
Baco Mercat
Belasco Theater
Broad Museum
Walt Disney Concert Hall 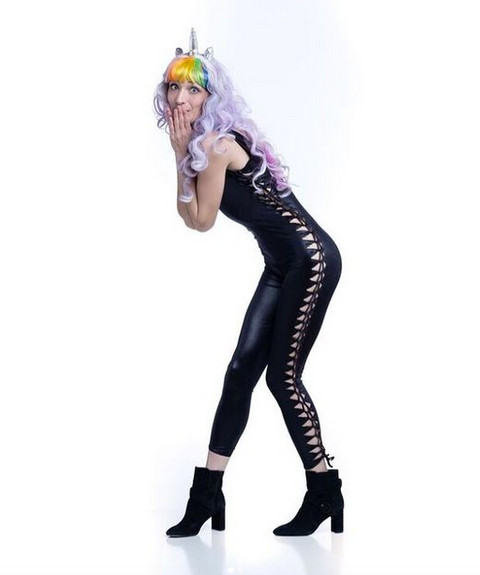 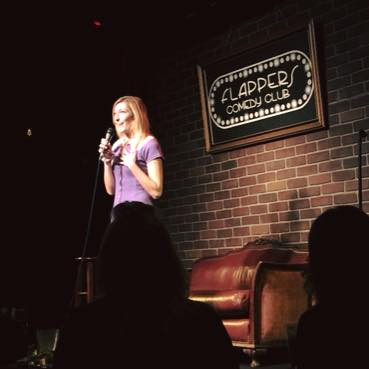 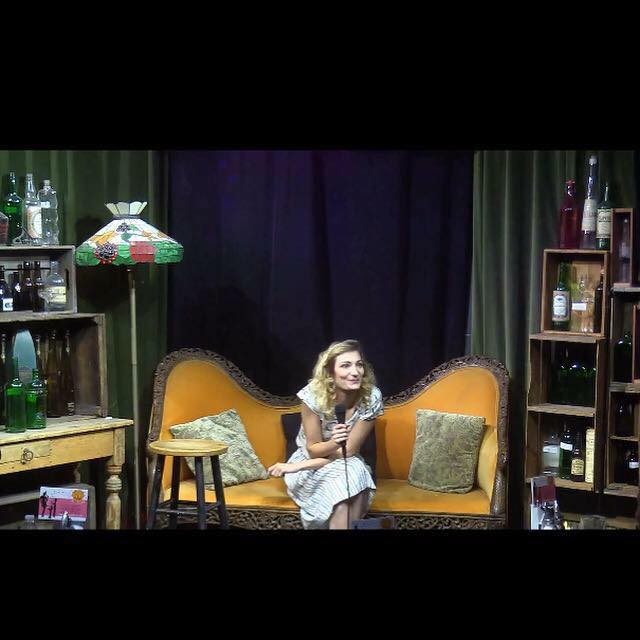 Who else deserves some credit and recognition?
I’d love to dedicate my shoutout to Hot And Funny Comedy- my first sketch group in Los Angeles. I’ve always been the awkward lanky chick (which tends to work well for live comedy) but I felt as though I looked as uncomfortable in front of the camera as I felt. My sketch director and team of sketchy ladies were so encouraging and helpful not only with helping me see how naturally funny and confident I could be on screen, but that the sketches I wrote for the group were also worth dedicating hard work, feedback and attention to because of the potential they held. They helped my confidence soar!