We had the good fortune of connecting with Ben Paddon and we’ve shared our conversation below.

Hi Ben, why did you pursue a creative career?
I’m at my happiest when I’m entertaining people. Specifically, when I’m making them laugh. I love the sound of laughter, and I love it when I’m the reason someone’s laughing. I will quite happily say something that makes me look foolish or stupid if I know it’ll get a chuckle out of someone. So I make. I podcast, I make videos, I do standup. Creating these things brings me joy, because I know someone out there is going to enjoy listening to that podcast, or watching those videos, or laughing at those jokes. Standup is probably my favorite of the lot because there’s an immediate reaction to what I’m doing. But I also like getting tweets and emails about the podcasts, or the videos. People get something out of my creative work. Blimey, that sounds a lot like I just want validation, and maybe there’s something to that! Who knows? But I do love the act of making things. I love sitting in front of my computer editing, or writing material, or working on a script for something. The making of something, and the completion of something, are like oxygen. Not so much the STARTING, I’m terrible at BEGINNING a project. But once I get over myself and start to do the doing of it… yeah. That’s a feeling worth chasing. That and the validation. Ha. 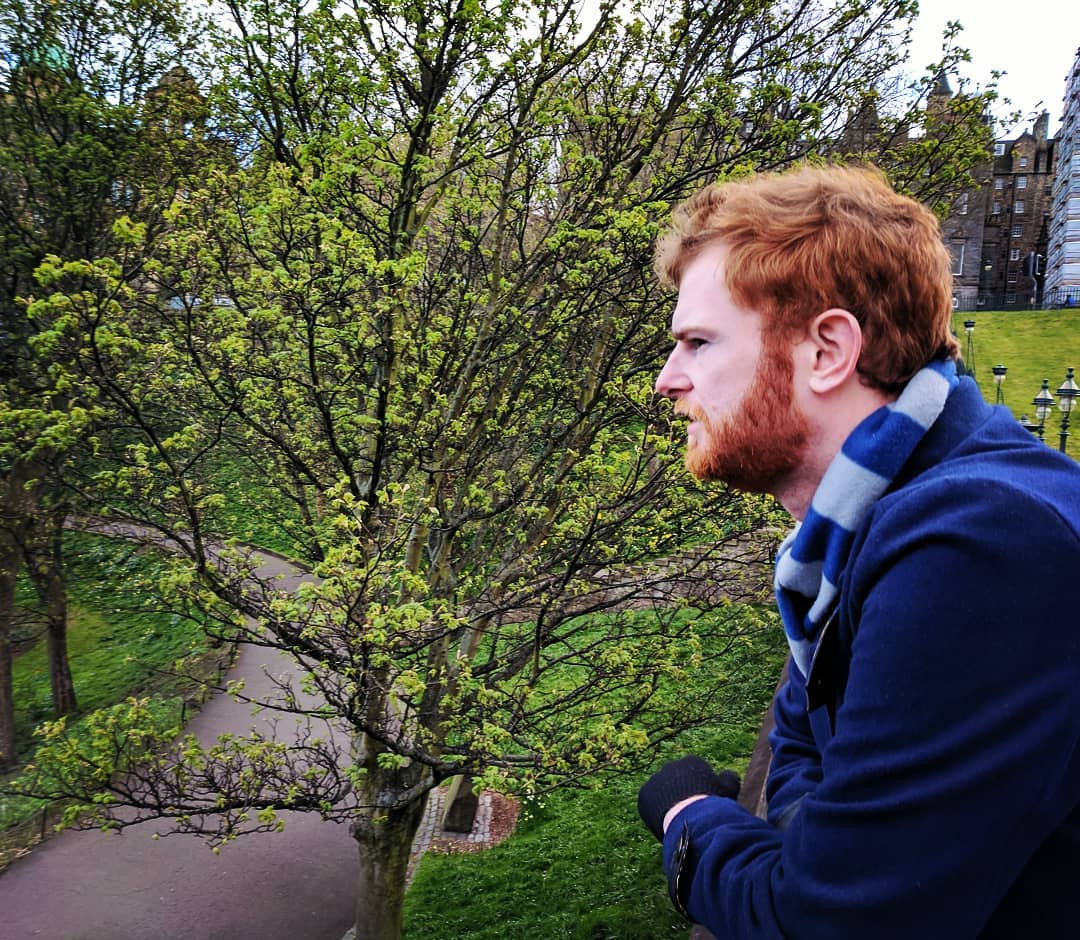 Can you open up a bit about your work and career? We’re big fans and we’d love for our community to learn more about your work.
When people ask why I moved to LA, I usually tell them it was because I was 21 and stupid and didn’t know what I was doing. All of those things are true! They’re 100% true. But I also wanted, secretly, to find a place for myself in the entertainment industry. Acting, writing, whatever. The problem was, because I was 21 and stupid, I thought just being here would make those things happen. I’m embarrassed by how long it took me to realize, “Oh, wait, if I want to Make It, I have to… make something.” In fairness, I was kind of already doing that when I got to LA. I was writing a scifi-comedy webcomic called Jump Leads, which found an audience in its short 5-year life. But my thought process at the time was, y’know, I’m making this comic, so that’s enough, right? Someone will see that and snap me up to, I dunno, reboot Sliders or Star Trek or something. Again, 21. Stupid. I’m embarrassed to say how long it took me to actually start taking this all seriously. Years. Too many years. I just hopped from office job to office job, surviving but never content. I was writing Jump Leads but I wasn’t doing the stuff I wanted to do, and it was crushing. I felt crushed. Eventually I started to think about, y’know, the sort of things I wanted to see or watch or read. That led to me creating PortsCenter, which is a YouTube series that focuses on the history of video game ports. That’s an area that almost nobody was talking about at the time. We shot a pilot in 2011, did a Kickstarter in 2012, and launched the series proper in 2013. I made that show because it was the sort of thing I wanted to see, and it didn’t exist. It found an audience, too, which isn’t bad considering it was something I mostly did for me. That was the first big lesson – don’t make things because you’re trying to appeal to this demographic or attract that audience. If you make the sort of thing you’d want to see, or watch, or read or whatever, your audience will find you. That passion will show. people will see it, and they’ll want to see it.

If you had a friend visiting you, what are some of the local spots you’d want to take them around to?
Being originally from the UK, I’ve actually had to do this a few times with friends and family from the UK. I’d say the spots we do are typical – Disneyland, Magic Mountain, Hollywood Blvd, Universal Studios, the basic stuff, y’know. Throw Vasquez Rocks in there, because I’m a huge scifi nerd and who wouldn’t want to see the place Kirk fought the Gorn? I usually recommend the Warner Bros Studio Tour as well. It’s one of those things that visitors tend not to know exists, and it’s a lot more hands-on than the Universal Tour. There are also significantly fewer King Kong or shark attacks at Warner Bros which, y’know, that’s a relief where travel insurance is concerned. When it comes to food, hey, there are a TON of great little places to eat around LA. There’s like… I don’t know if it’s a chain, but there are these Mexican restaurants that all have orange signage and similar-ish names, and they do the BEST tacos. The best! I may actually stop typing and go get a taco. Okay, I’m back. The line was too long. Never mind. What about filming locations? My friend Joe, who sadly passed away a few years ago, knew all of these filming locations around town. When my sister came to visit in 2014, the three of us hopped in his car and drove around checking out places like Marty McFly’s house, or Doc Brown’s house, or… a lot of Back to the Future locations, actually. Hey, did you know the original location set for M*A*S*H is still out there? I haven’t been, but if someone comes into town, I’ll probably head out that way. I’m still thinking about those tacos. I know what I want for lunch tomorrow.

Shoutout is all about shouting out others who you feel deserve additional recognition and exposure. Who would you like to shoutout?
I owe a huge debt to my friend Dino Andrade. He’s like a brother to me. He and his wife Casey were two of the first friends I made after moving to the US from England. We just immediately clicked like family. I think it was Casey who said it’s like we’d already known each other for years. But Dino isn’t just family. He has guided me through my various creative endeavors. He’s given me advice, he’s helped me with projects, not just by providing voices, or making guest spots in videos, but by giving me booth space at San Diego Comic-Con. My second-ever SDCC was 2009, and it was also my first year vending. I’d just published by first book, and Dino set me up to sell and promote the book at the booth for SoulGeek, the geek-focused dating website Dino launched the same year I moved to Los Angeles. I learned so much about marketing just from spending those five days at the booth with Dino. The shape of my life would be so, so different without Dino’s presence and guiding hand. I can’t picture it, who I’d be or what I’d be doing, without his love and support.