We had the good fortune of connecting with Brian Wallace and we’ve shared our conversation below.

Hi Brian, what principle do you value most?
I would have to say integrity. It’s the most affordable priceless thing. The path I’ve chosen is precarious and competitive. Producing films and staging plays is also inherently collaborative. I can’t promise fame and fortune to anyone who works with me, but I can pledge honesty, accountability, and that I’ll be conscientious.

Many years ago, I was doing a stage play in Florida. Like a lot of regional theatres, they cast the role out of New York, and I was “imported” for the job. Pretty standard practice. What was unique was that the artistic director, a man named Bill Hayes, referred to us as “ambassadors.” He wanted to make sure that we were having a positive experience and doing work we could be proud of. He knew that when the gig was over, we’d take our experience with us and share it with our friends and colleagues. It wasn’t enough to him that we just be grateful for the job and reduce it to a resume credit once the show closed.

That has always stuck with me. When the project ends, your reputation is still out there. If I had to choose, I’d rather be the person behind stuff that never makes money but that lots of people want to do, than be the guy that people only put up with because of the money.

That being said, of course– I mean– if we can, let’s try to make some money. 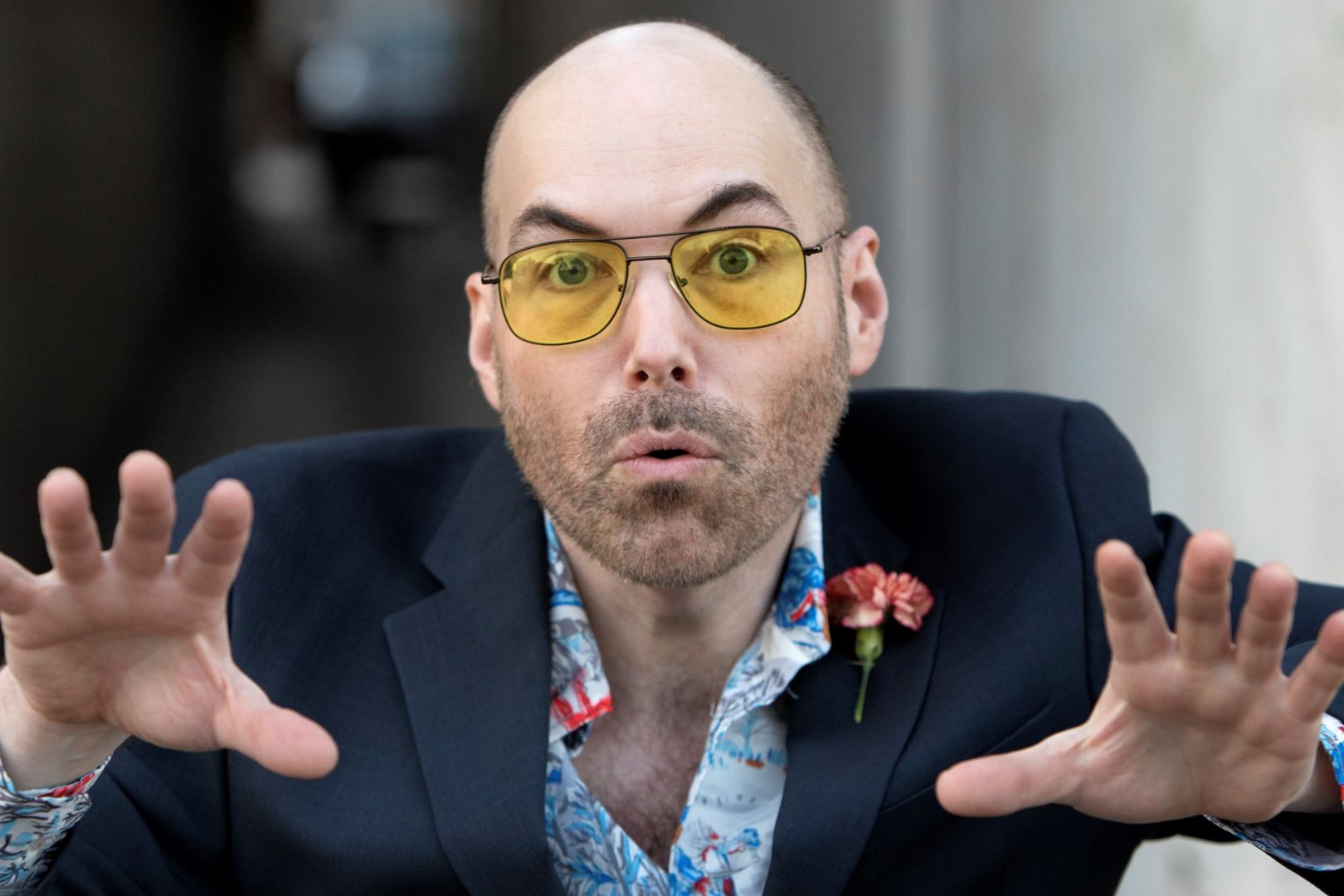 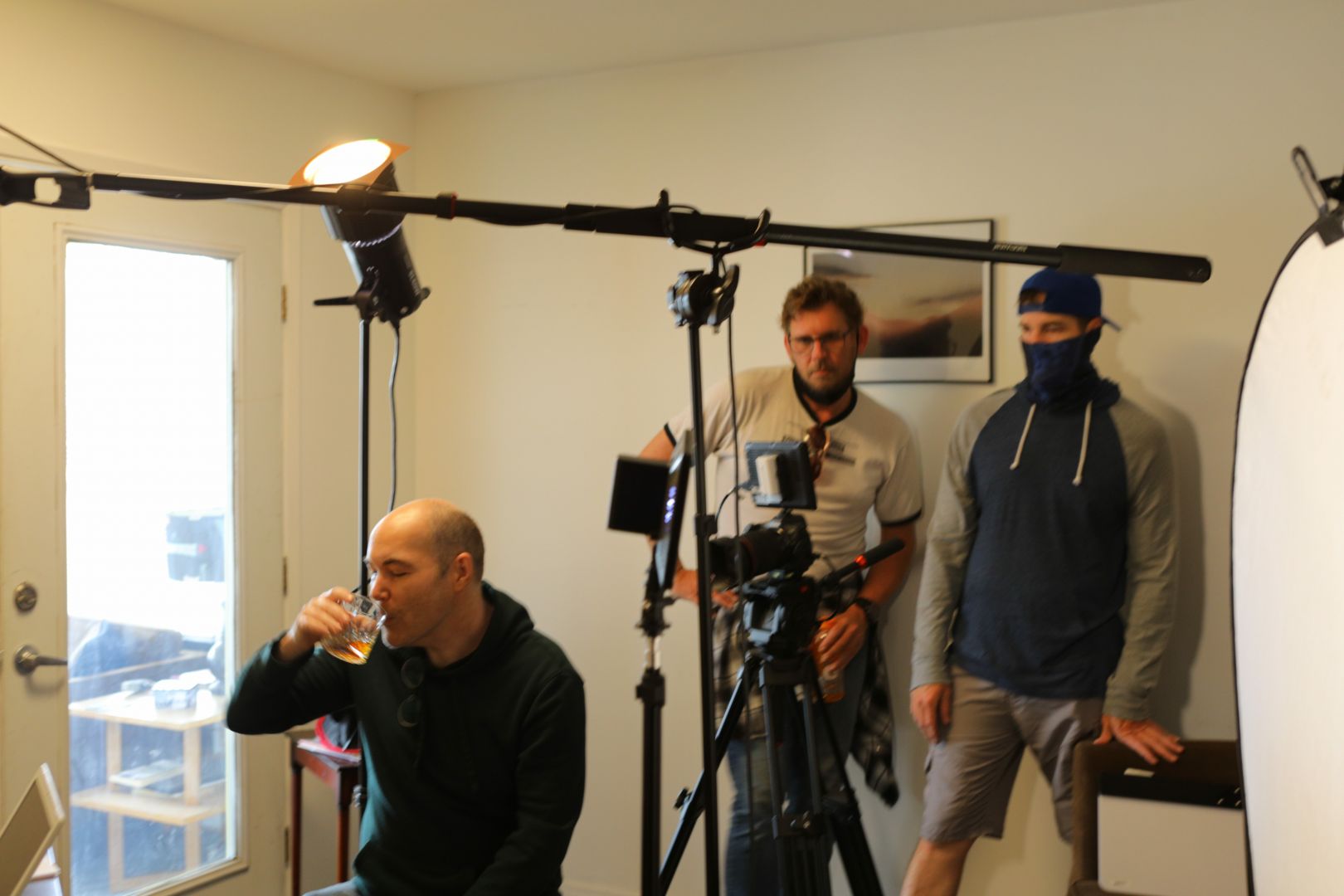 My creative partner Matt Mitchell and I produce short films. We’ve been doing it since about 2018, and formalized it into an LLC called Fancy Movies not too long ago. We’ve had a host of wonderful collaborators throughout, but Matt and I are kind of the core duo. I joke that we call ourselves “Fancy Movies” because “Criterion Collection” was already taken. We tend toward light comedies. Nothing too hifalutin, but I like to think they’re clever and well-timed.

If I think about it, there are two things that set us apart:

Matt and I are both actors, so when we started, the whole purpose was to generate footage for our reels. We wanted to showcase scenes that looked like they came out of movies. Turned out the best way to do that was to just make the movie. If we have an official aesthetic yet, I would say it’s that. All the movies we make tend to have good scenes that actors can pull and put into their reels. That’s kind of our default setting.
Second is that we’re extremely accessible. If you’re active in industry workshops and the like, or even just look at screenwriting twitter, everybody is still obsessed with how to get past the gatekeepers. We don’t really have a gate. We have standards, and with every movie we set those standards higher. But above all, we think of ourselves as greenlighters, initially with our own stuff. Now, increasingly, and within reason of course, we’re greenlighting other people.
And there is a third thing, even though I said there were only two. The reason I don’t talk about the third thing is because the third thing is Matt. He’s one of the most gifted cinematographers around. And if word gets out about that, he’ll be in such high demand he won’t have time to make movies with me anymore. Matt’s enthusiasm for the camera is unreal. This guy has captured footage that I don’t think NASA could pull off. He can make a cactus look like an opera. A potted cactus. Not even a desert around it. He could shoot a potted cactus for an hour, and you’d think you’re watching a live stream from the Met.

My job is just to make the cactus seem funny somehow. A big hat usually helps with that. 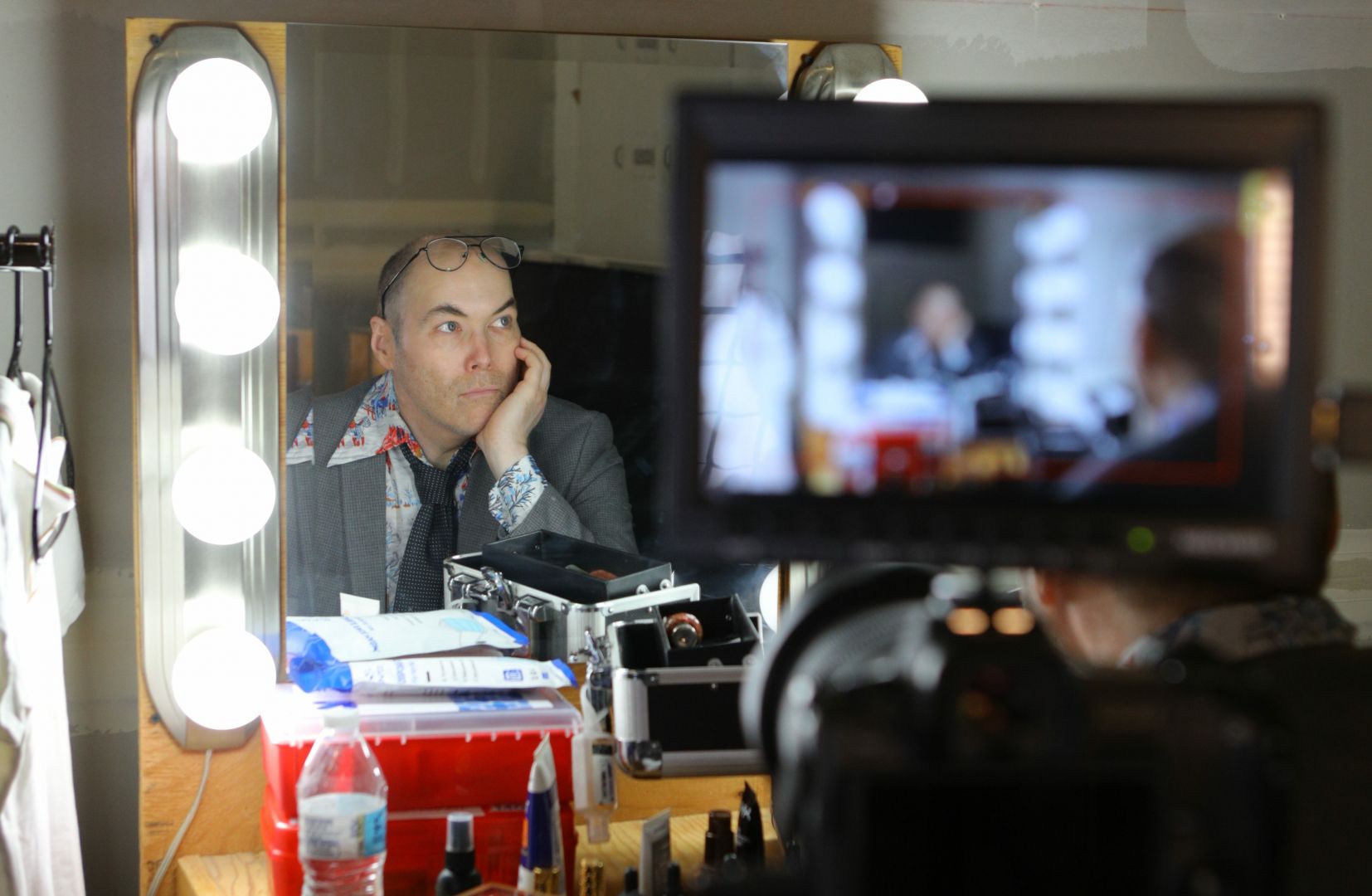 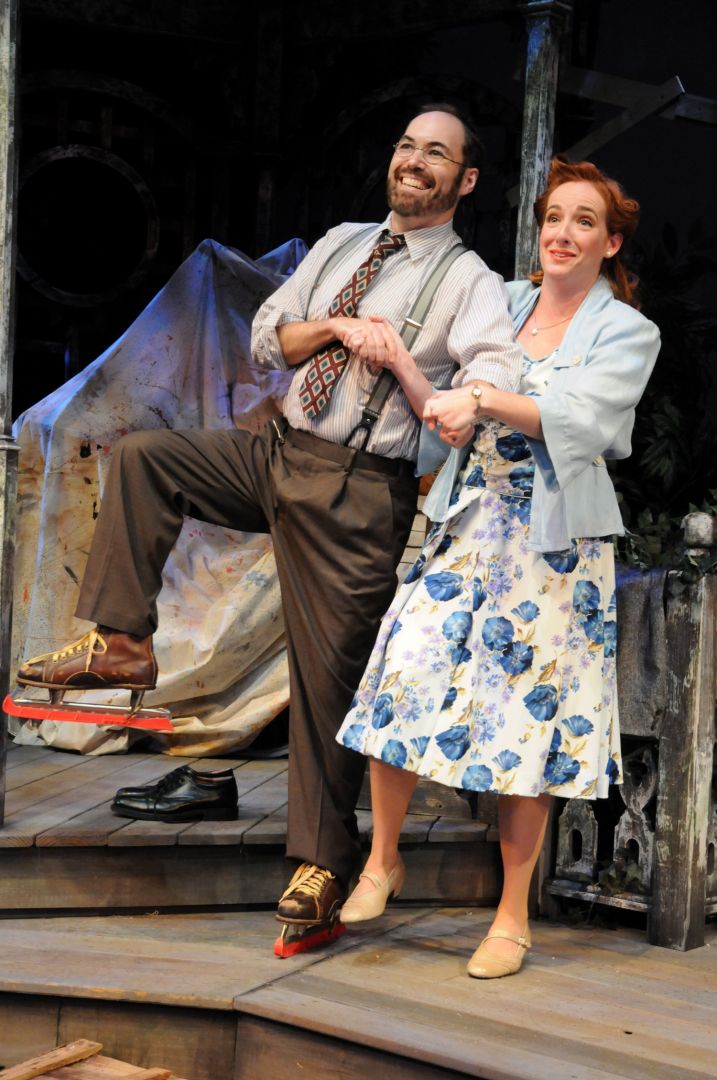 I live in the West San Fernando Valley, and life is a little less stressful out here. It’s a great place to bike, and the path that runs along the Orange Line from Balboa Park to Chatsworth is convenient to a lot of little shops and other activities, as well as being a pleasant but vigorous ride in and of itself.

If it’s a certain Sunday each month, you can start your day at the Topanga Vintage Market, which is on the grounds of Pierce College. It’s massive and there are hundreds of vendors there selling a wide array of crafts and antiques. Around the corner and down a ways is my garden plot at the Parkman Community Garden on De Soto Ave. I can spend hours on my garden plot, and there is always something that needs tending. There is no such thing as being caught up on your work if you’re a gardener. But half of all gardening is standing there and staring at the ground.

L.A. roads being what they are, my bike gets flats pretty regularly, and so on Sherman Way I usually get repairs done by JB Bike Shop. They’re friendly and inexpensive, as well as quick. Sometimes too quick, because that stretch of Sherman Way has two or three nice antique stores and a Council Thrift Shop, in case you didn’t get your fill from the vintage market. There’s also a used bookstore–which is the best kind of bookstore–right on the same block. And I haven’t even mentioned Pho 21, which is a small Vietnamese restaurant that has never served a bad meal.
The bike path goes by Chatsworth train station, and I often fantasize when I pedal past about stowing my aluminum horse in one of the lockers there and just hopping a train to someplace far away without any real plan beyond the destination on my ticket. If you take a left after the station, you can ride in the bike lane all the way to the mountains and go for a hike, or just imagine what sort of film you’d like to shoot out there and plot a diabolical scheme in your head about whether you can get away with it without a permit.
If you want more sunshine you can head to CSUN Northridge and pick the oranges for free. But if you’re done with all that and just want to chill, the best massage ever is Massage Days in Winnetka. I swear, you get a brand new body for 50 bucks.
Finally, I like cozy British-style pubs, and two of my favorites are Pickwick’s in Woodland Hills or The White Hart Tavern a little farther down on Ventura. You’ll want to flip a coin between the two. Both have outdoor seating, but Pickwick’s has sticky toffee pudding and live music on weekends, whereas White Hart has truffle fries and Smithwick’s on tap. Making your way home, you’ll just take in the aroma of citrus blossoms that plié and pirouette through the nighttime air. And the pee. There are lots of parks and pets scattered throughout the Valley. So sometimes, yes, you’ll also smell pee. 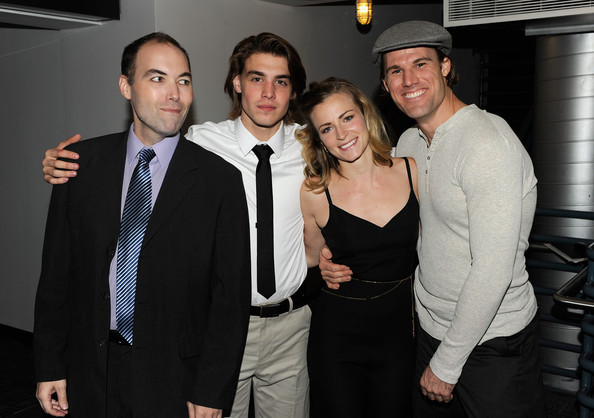 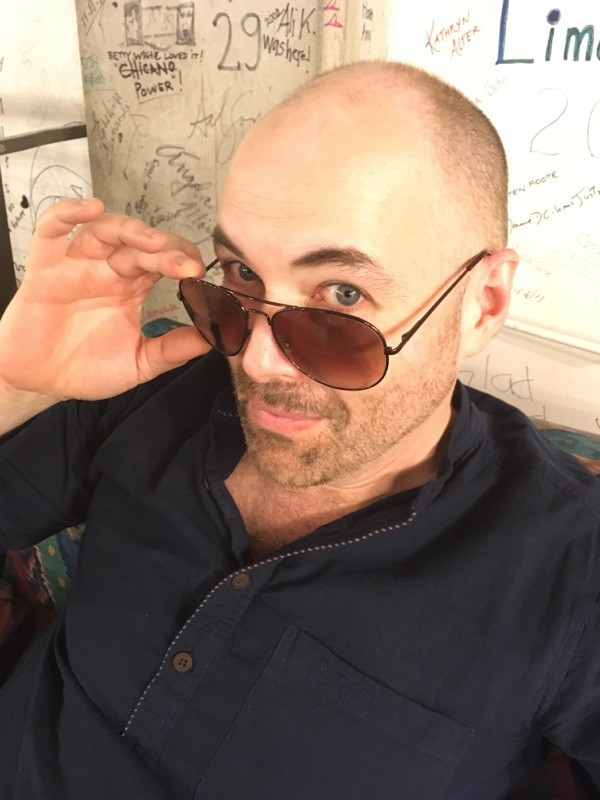 I’m always impressed and inspired by anyone who has the mettle to do their own thing, especially with no institutional support within a large market. When covid hit, the Ealing Film Festival in London UK did not let that alter their plans to inaugurate their first year. From all outward appearances it went off without a hitch, and the second year was an even greater success. Actors Rachel Burttram and Brendan Powers responded to the pandemic by starting, literally, a Tiny Theatre in their bedroom closet, which they streamed on Facebook. That gave opportunities to countless playwrights, myself included, and has since evolved into a whole new animal of its own.
As far as inspirations in Los Angeles, however, I have to give a long overdue Shoutout to Tracey Paleo, who is an indefatigable resource for everything arts and culture in this city. I barely know her at all, to be honest, but shortly after I relocated to L.A. she let me write a couple of features for one of her outlets, GiaOnTheMove.com. For such a large and vibrant town, this can be a fairly haphazard place to navigate and learn about what’s going on, especially if it’s indie. As an aside, I think one of the reasons every third person out here is doing improv is because that was essentially the urban planning model in L.A. county. As long as we have have enough asphalt, we’ll just “yes, and” everything as we go, whether it winds up making sense in the end or not.
Anyway, there are a thousand things happening every day that just get lost in the suffocating sprawl, but somehow Tracey manages to find it and cover it. I’ve probably created a conflict of interest here that will prevent her from writing about or reviewing anything I ever do, but I don’t care. When we support indie film, indie theatre, indie music, and the rest, we shouldn’t forget about indie media. The people who do that often have very little help, and have to be tireless and multi-focal. I don’t know how she does it, but what she does is indispensable. If you really want to know what’s going on in L.A. and figure out how you might factor into it, look for her byline.
Funny story, but I don’t even know how her last name is pronounced. I’ve never heard it spoken out loud. I don’t know if you’re supposed to say it like the diet or say it like the zodiac. Tracey was part of a critic’s panel they held at Theatre West a few years ago, and I remember making myself get there early. I figured the moderator would introduce everyone, and then I’d finally hear what her name is supposed to sound like. But when he got to her, somebody in the row behind me coughed and I missed it. So the mystery continues, and now I always carry a few ricolas. Anyway. Everyone should follow her on twitter (@giaonthemove) and read her stuff. And if anybody out there has an idea of where the accent in her last name is supposed to be, let me know. 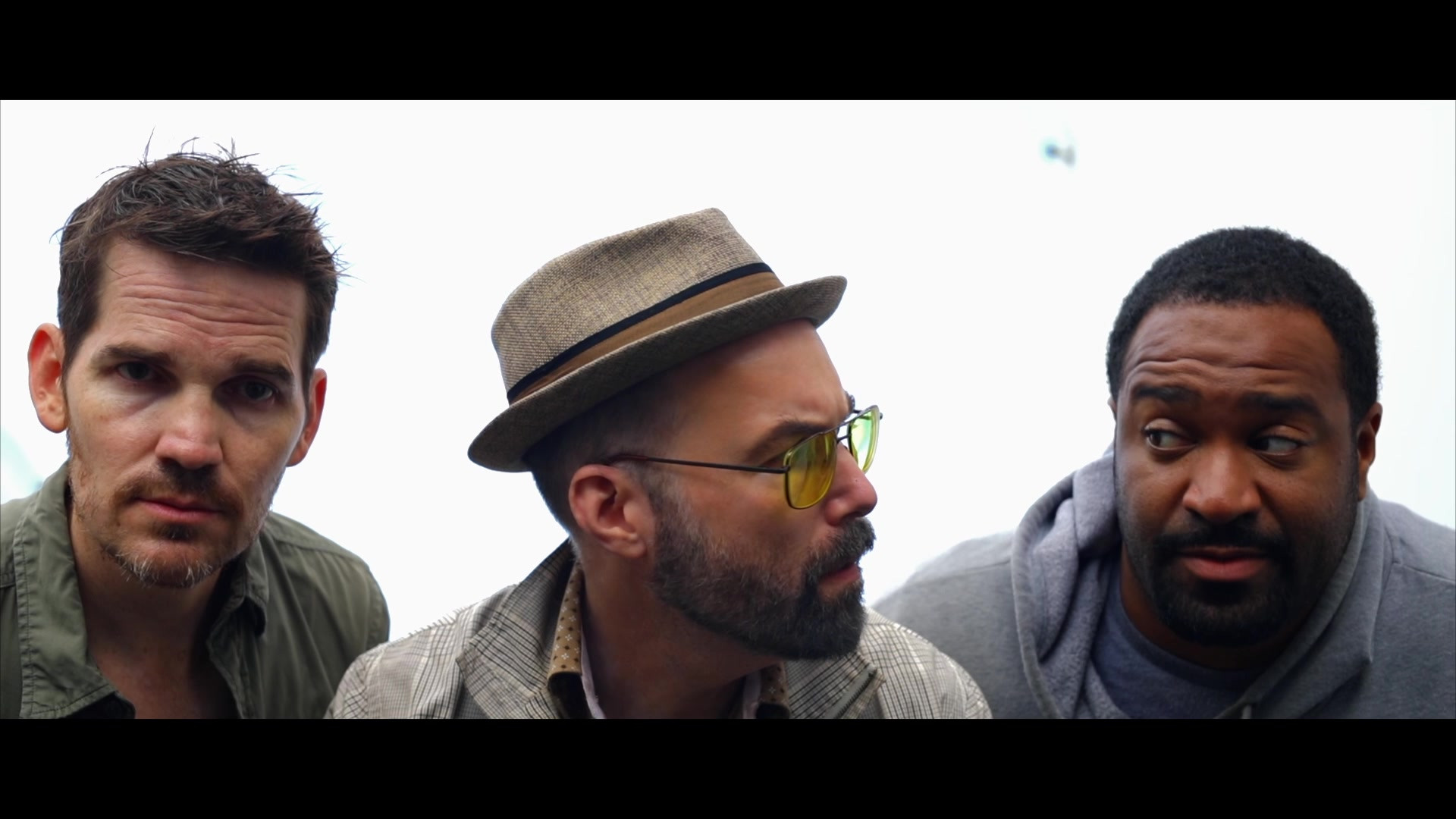 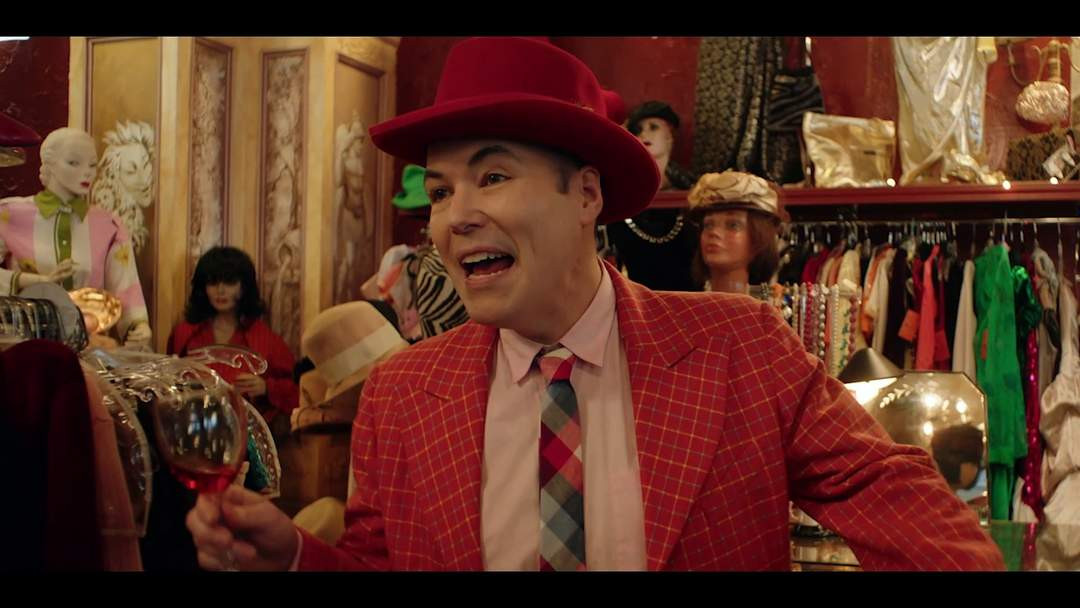