We had the good fortune of connecting with Cameron Nino and we’ve shared our conversation below.

Hi Cameron, why did you pursue a creative career?

At a very young age, my mom introduced me to multiple music genres. This introduction to music was very instrumental in shaping my appreciation for artistic expression. At about the age of five, I had a mini drum set. I hardly played with it. It sat in my room, but I had so many other toys and my mom kept me busy with so many activities that I had no time to play with the drum set. However, that drum set left a lasting impression. In 2010, my mom took me to a concert featuring a teenage pianist. Through the entire performance, I could visualize myself on that stage. At the end of the performance, I asked my mom why I wasn’t the one on the stage performing. She said I had to learn how to play an instrument first and maybe someday, I too, could perform to an audience. She asked me if I had an instrument of preference. At the time, I choose the guitar. To me, the guitar is a fascinating instrument,  as I continue to discover new tones and notes.

In 2011, I started taking guitar lessons. My guitar tutor worked with a music school that had plans to start hosting annual talent shows for their students. I was asked if I wanted to be part of the inaugural talent show. I agreed to perform at the event. I am told that I did so well that everyone said I had the talent to pursue a career in music. When the opportunity came up later to perform at a local music festival, I was eager to perform again. Playing classic rock songs by the likes of Black Sabbath, Bon Jovi, Green Day & The Beatles as well pop favorites by Rihanna, Daft Punk, and others was a lot of fun.

We were doing so many events that the group of musicians I was working with agreed to write original material with me as a band. We called our band Seventh Nova. I was on lead guitar on vocals. I was tasked to make up my own riffs, write my own lyrics and help with the structure of the songs we wrote. My collaboration with these musicians lasted about 3 years. Seventh Nova has evolved over time as my supporting band during live performances.

In 2016, we recorded the first single – “On The Floor” under the banner Seventh Nova. Two years later, I recorded a single as a solo artist. I followed that with one more single under the banner Seventh Nova – “Gravity”. It was at this time that I started working with DAWS. I learned how to use ProTools and Ableton. Ableton quickly became my go to DAW for production. Later that year, I produced my very first song – “Ice Cream”. After the release of “Ice Cream”, I started working on a new song, which morphed into an EP of six songs. The EP was released in 2020 and we had a CD release party at the SoFi Stadium headquarters, just prior to the pandemic of COVID-19. The George Floyd incident prompted the release of my collaboration with Trinity Rose – I Can’t Breathe. 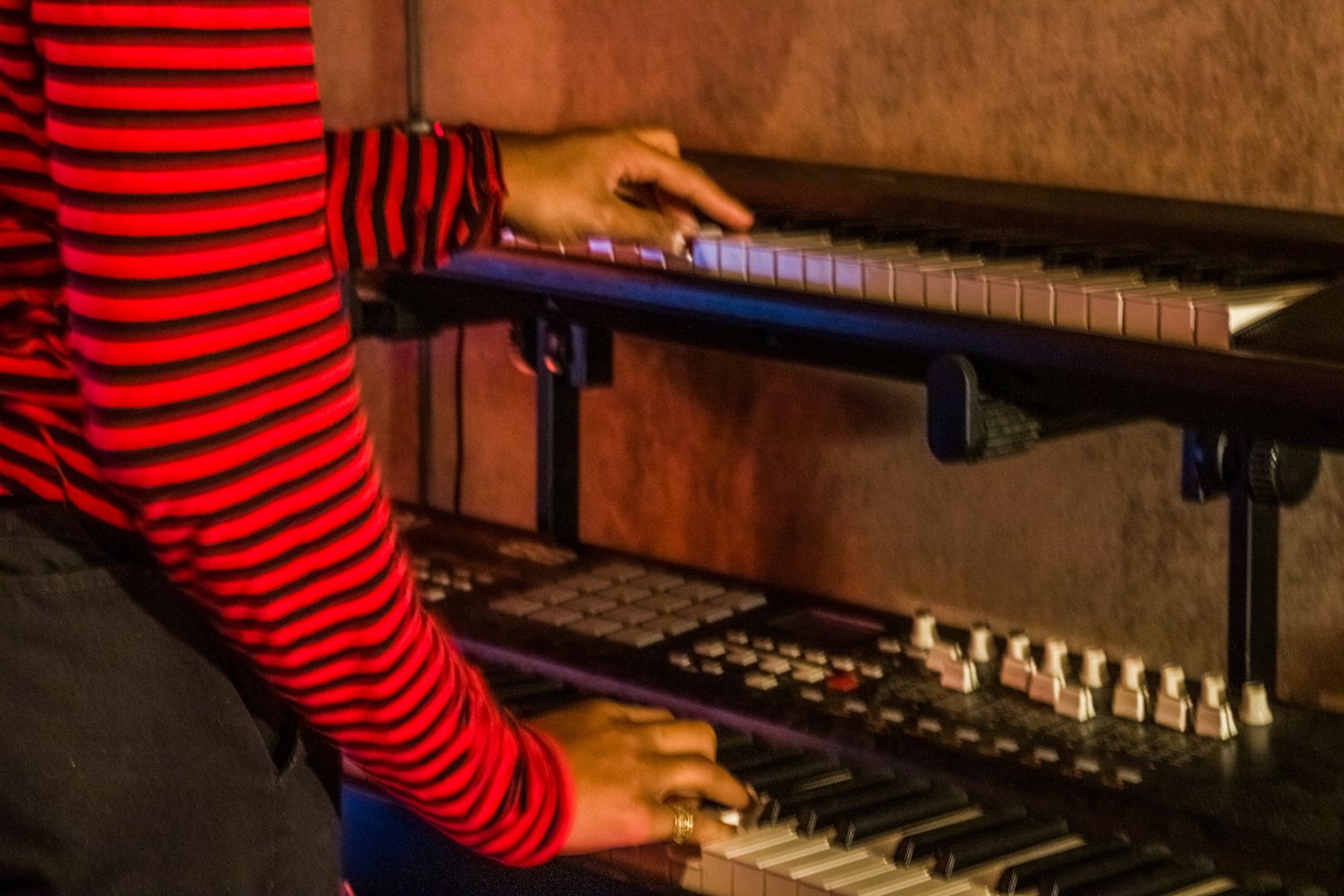 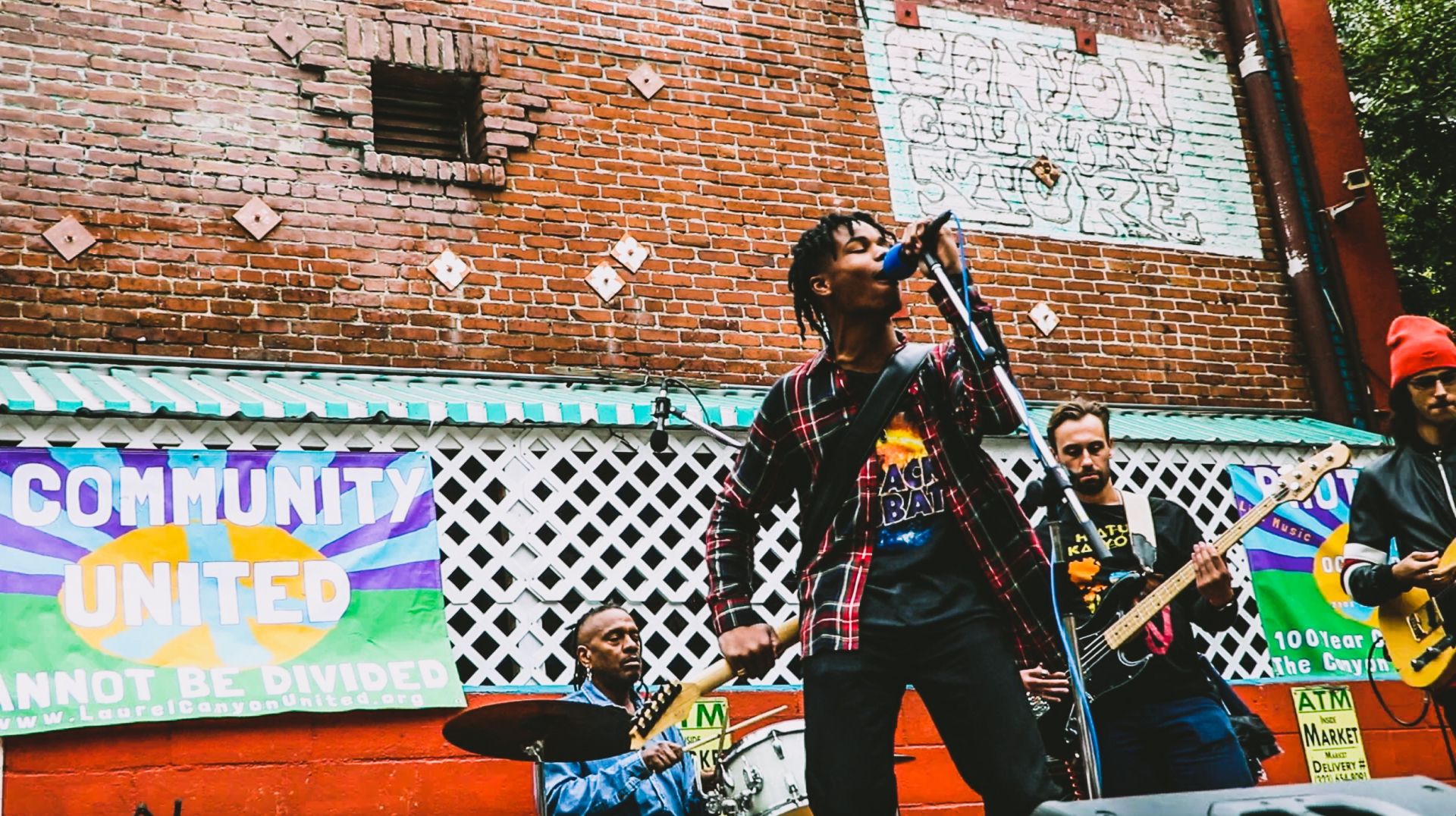 Being a music producer, guitar and cello player as well as a performing and recording artist is very fulfilling and challenging. My music is not defined by any specific genre, but by the sounds and feelings that the project communicates. Each project is influenced by the subject matter, the mood and the over-arching message. My first songs were created live, in rehearsal studios with other instrumentalists. Each song was created organically. Hence one of our first projects was to pay tribute to two icons – Michael Jackson and The Beatles. For this project, we took samples from the songs we selected and built the rest of the music around those samples. Other projects we developed were created around a mood, like “On The Floor” or based on a feeling – “Gravity”. The creative process was dynamic and fun.

My more recent projects have been developed on DAWs such as Ableton Live. For these projects, the creative process has been very different. The song “Cobra” from the EP “OUT” was in response to a request for a theme song for the TV series “Cobra Kai”. I wrote the guitar lick and built the rest of the song around it. I brought in some classical reference because of the nature of the series. “A Different Artist” was my redefinition of myself as an artist, while “Fake News” was a political commentary on the environmental impact of the misinformation that continues to dominate the mainstream media.

My collaboration with Trinity Rose on “I Can’t Breathe” was a direct response to the abuse of power by law enforcement representatives that resulted in the tragic murder of a fellow citizen. It was a call to action to all citizenry to heed the advise of the founders, and abolish a system that had failed the citizenry.

I enjoy the creative process because it allows me to reach out to people, explore feelings, and hopefully inspire others to act in a manner that makes us all better.

I love activities like Go-Carting and Mini-Golf. That would be priority on my list of things to do. One of my favorite locations in Los Angeles is LACMA. We would make a stop at LACMA and take in the lights in the courtyard, and look at the exhibits. With so many outstanding eateries on Miracle Mile and the Fairfax district, it would be a day of fun selecting what type of gourmet to feast on. I enjoy Korean BBQ, so we may make a trip on La Cienega for lunch or dinner. The Disney Concert Hall is always one of my favorite performance halls to visit, so we would most likely take that in. For the weekend, we would hang out at Griffith Park, visit the Observatory and maybe end up at The Greek or The Pantages depending on what’s on the program at those venues. Universal City Walk would definitely be on the menu. For the ultimate in sensory stimulation, we would take a walk down the Hollywood Walk-of-fame, check out the diverse characters in their cosplay costumes, catch Jimmy Kimmel if tickets are available, and take some photos at the Chinese Theatre courtyard.

We would round up the week by visiting some of the most iconic beaches in the world, starting with Venice Beach, take a bike ride down to the Santa Monica Pier and head on down to Zuma Beach. We would dine at Kristy’s or grab something from Vintages. Then we would take a leisurely ride back into town along the PCH. 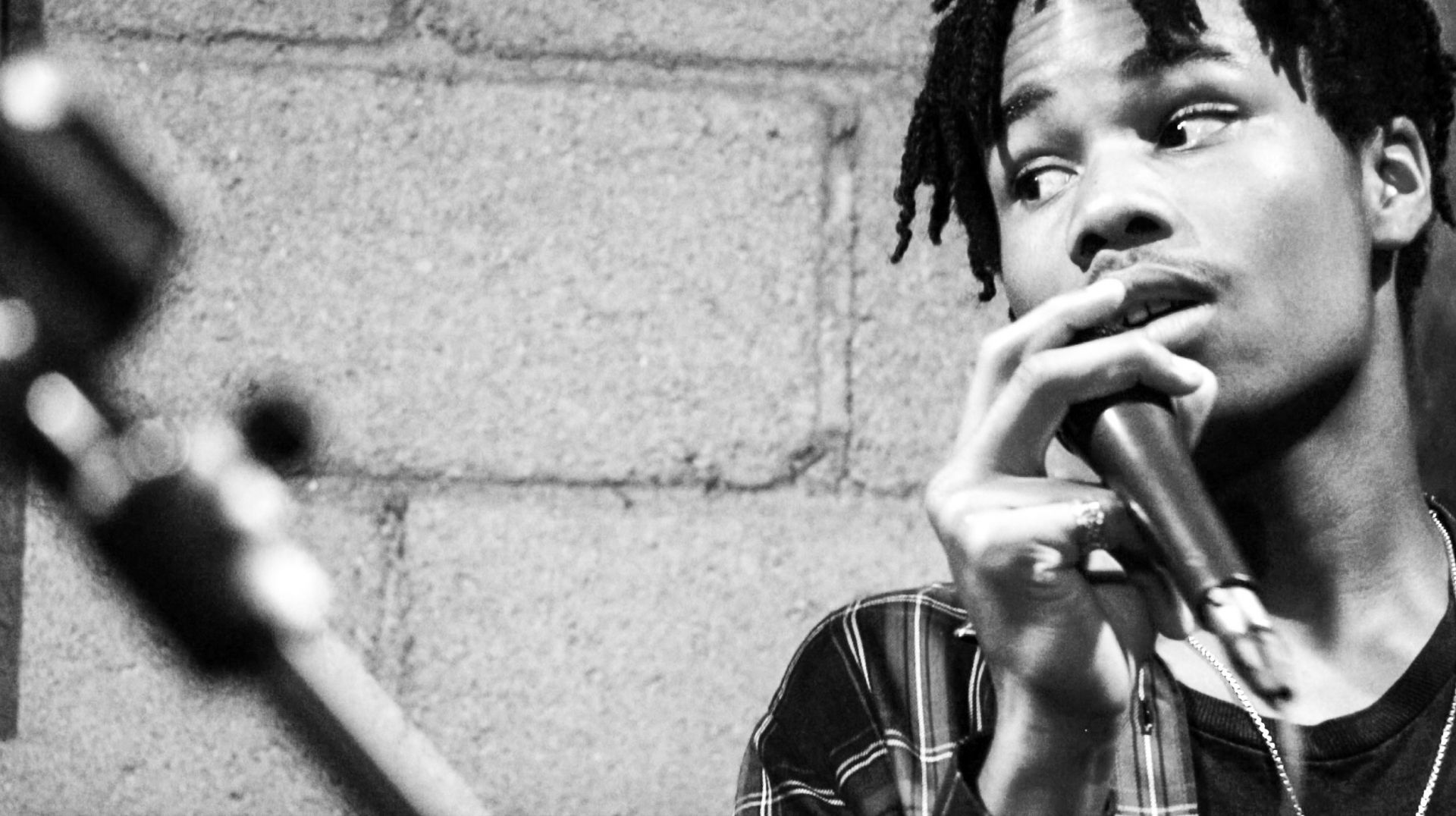 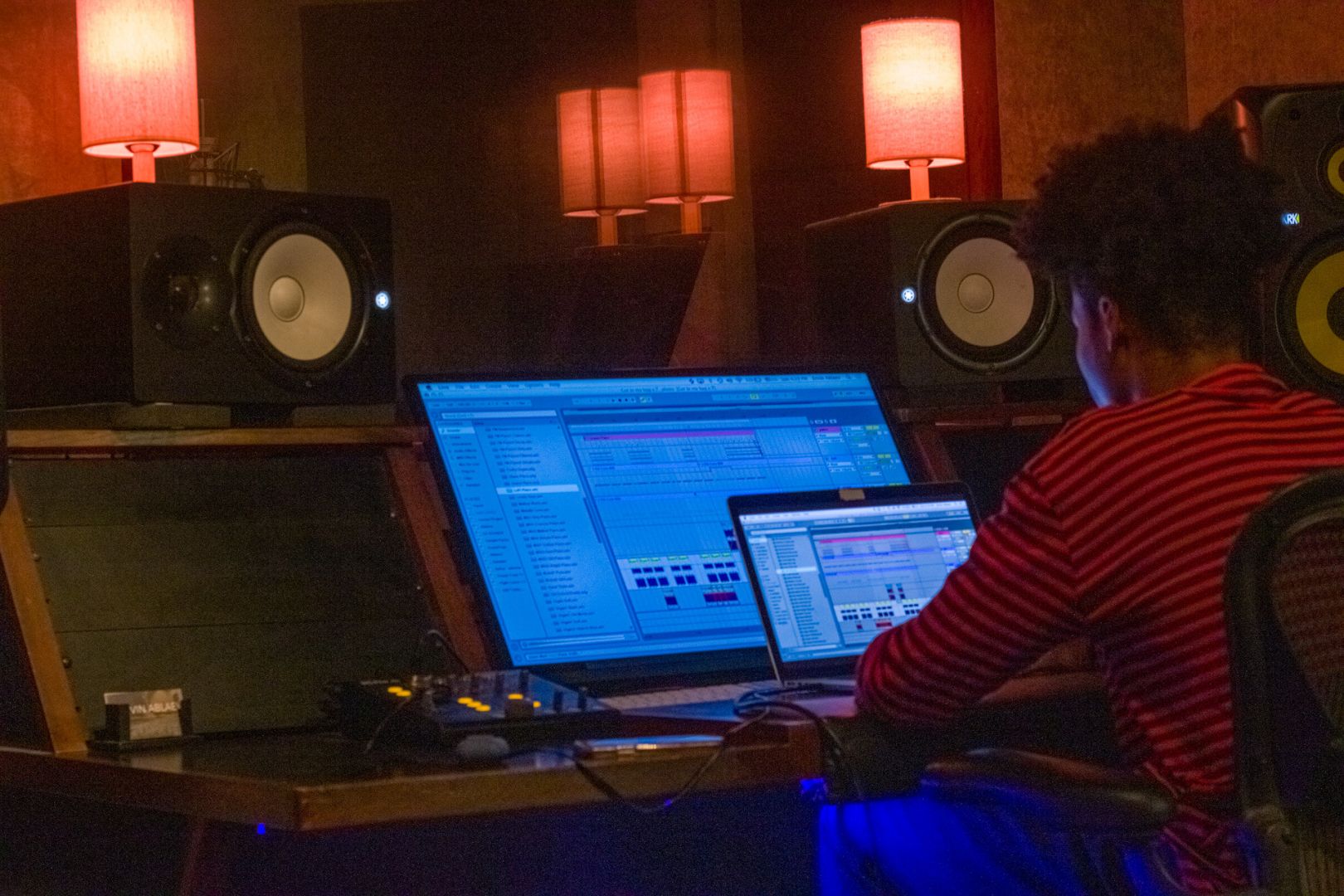 Thanks to my mother, Kimmarie Johnson for all the years of perseverance, encouragement and sacrifices she has had to make to empower me and help me accomplish what I have to date, and to be the person that I am. She devoted her time and engaged her resources and network to help me grow. Johnny “Buc” Lockwood of Club 42 is one of the many people that my mother introduced me to. His desire to pay tribute to Michael Jackson and The Beatles was instrumental in the development of my first project – a mashup of three Michael Jackson songs and three Beatles song.

My current music teacher Ms Maia Zander helped me explore my interest in classical music and develop my skill in playing the Cello. She facilitated one of the most iconic experiences of my life – a performance with my school orchestra at Carnegie Hall. It was very memorable.