We had the good fortune of connecting with Carl Jablonski and we’ve shared our conversation below.

Hi Carl, can you share a quote or affirmation with us?

In my 40 years in the business of show I worked side-by-side with several of the top industry executives in entertainment. Although there are a few quotes that I took away from these experiences, the one I used quite a bit over my career came from Mickey Steinberg, an executive with Disney Imagineering and whom I met as Chief Show and Ride Estimator for the Disneyland Paris project. Mickey used a short story to get at conflict in meetings where tensions were at play. He would say while pointing at the two parties; There is your truth and there is your truth! What we are going to get to today is the truth – right here in the middle” – using a hand gesture to demonstrate the middle space between the two parties! It worked the first time I witnessed it and I used it successfully throughout my career! Thanks Mickey! 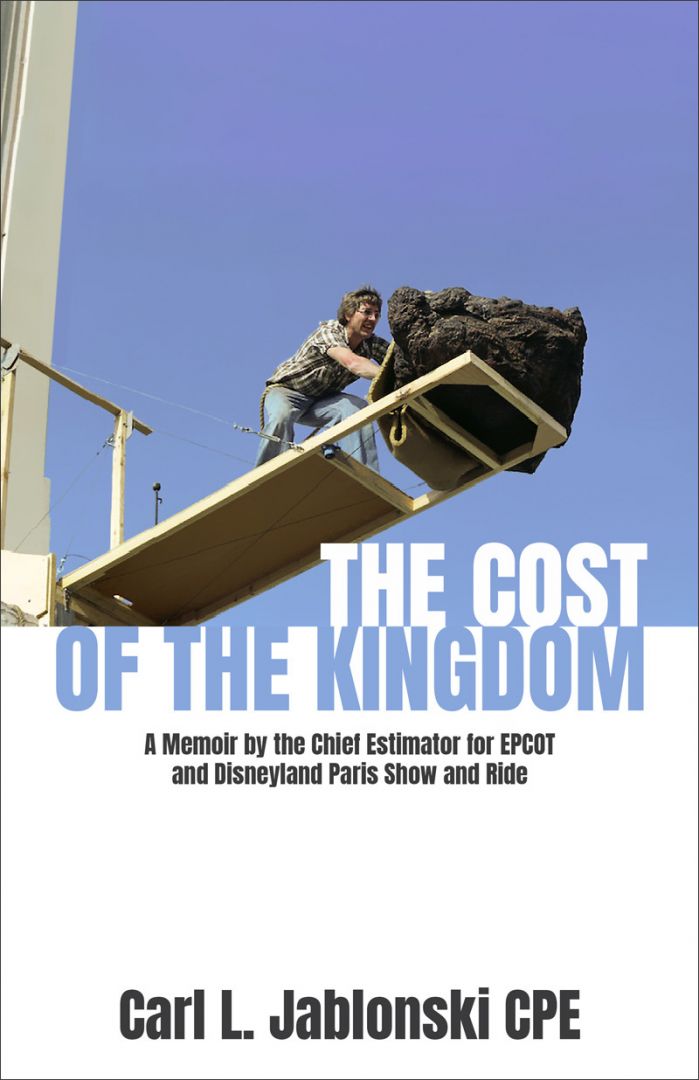 I’ve been fortunate to have actually used my educational training in theatre arts and worked in the business of show for over 40 years. Just out of graduate school at Cal State Fullerton, with a MA in hand, I started as a stage manager for Mark Wilson productions. Those 3 years challenged my theatre training in scenic design and lighting. Always moving from one “gig’ to another. After this, I landed my show and ride estimating position at Imagineering providing cost for EPCOT and Tokyo Disneyland. As these projects closed, I segued to NBC Studios in Burbank, with the position of Manager, Scenic Services. There I was responsible for the scenic paint, construction shop, transportation and stock scenery handling department. We did over $12M annually creating and supporting the on-stage production for shows such as; The Tonight Show (Carson) the Bob Hope Specials, Punky Brewster, the “soaps” Santa Barbara and Days of our Lives and over 30 game show pilots and weekly standards like Wheel of fortune! When the EDL-EuroDisney (now Disneyland Paris) project came on line, I was asked back to be the Chief Show and Ride Estimator and relocated to Paris. After this I moved on to a new division at ILM that became LucasArts Attractions. That was for a new theme park concept to be developed in Oahu, Hawaii. After 911 when the entertainment industry was struggling, I segued to a general contractor, Swinerton Construction Management to become their Chief Estimator for the Los Angeles office. Was this easy? Well, if you make the decision to go into the business of show, there is a lot of risk! Most entertainment companies adhere to the “project-by-project” hiring practice. So its a good idea to have other sources of revenue-such as what I did as a cost consultant between “gigs.” Because of my “eclectic” background, as I refer to it, I have published a memoir (Now out on Theme Park Press) called “The Cost of a Kingdom.” This book covering my Imagineering tenure. I have another one in the works titled “Theme Park Development-The Business of Show” that will detail many of my experiences and speak to the tasks behind the scenes using the many projects I’ve worked on as case studies. So what should you know about the business of show? There’s a story about a guy that cleans up after the elephants. The punchline is “And what? Give up show Biz?” But that’s another story!

There is so much to do in orange and Los Angeles Counties that it’s difficult to select just a few! For myself, having lived here most of my life, I’d first take my guest to the first class museums such as; the Skirball Cultural Center, the Getty Center and of Course the fine museums at Exposition Park near the LA Coliseum! Continuing on with our tour,  just driving down Pacific Coast Highway from San Clemente to Malibu offers the beautiful views of the Pacific, with quick stops for lunch or an end of the day dinner at one of many of the fine restaurants along PCH! Of course for night time entertainment, there is the Dorothy Chandler Pavilion or the Greek theatre. There are a variety of smaller theatres offering the best in both counties, but if you can get a member to get you in, I’d make it a point to have dinner and see the Magic Castle in Hollywood!

Aside from Mickey, and I mean both Steinberg and the Mouse, there are a few individuals I can point to that mentored me in my show business career. Mark Wilson, the Magician who gave me my first show biz job right out of graduate school. Chuck Corson (Entertainment Director for Walt Disney) who helped me through that first “gig’ and Don Frantz who I met at the start of my career and remains a friend to this day. And not last but certainly right up there, was Dave Holtz, Chief Estimator at Imagineering where I began my professional life as a show and ride estimator.

Image Credits
The Cost of A Kingdom, Photo by Byron Bauer Carl and Grandson Jake, Photo by Andrea Jablonski