We had the good fortune of connecting with Carolyn Bridget Kennedy and we’ve shared our conversation below.

Hi Carolyn, is there something that you feel is most responsible for your success?
My “unkillability” and relentlessness. Also, my willingness to say “yes” to new challenges, new roles, and new learning experiences. 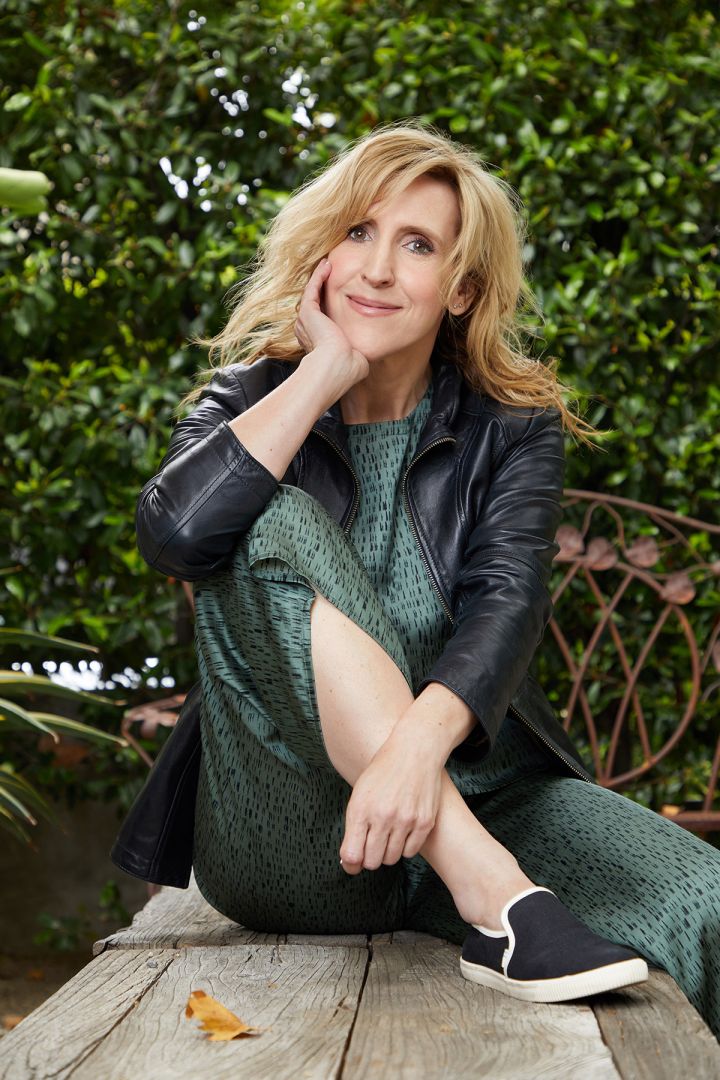 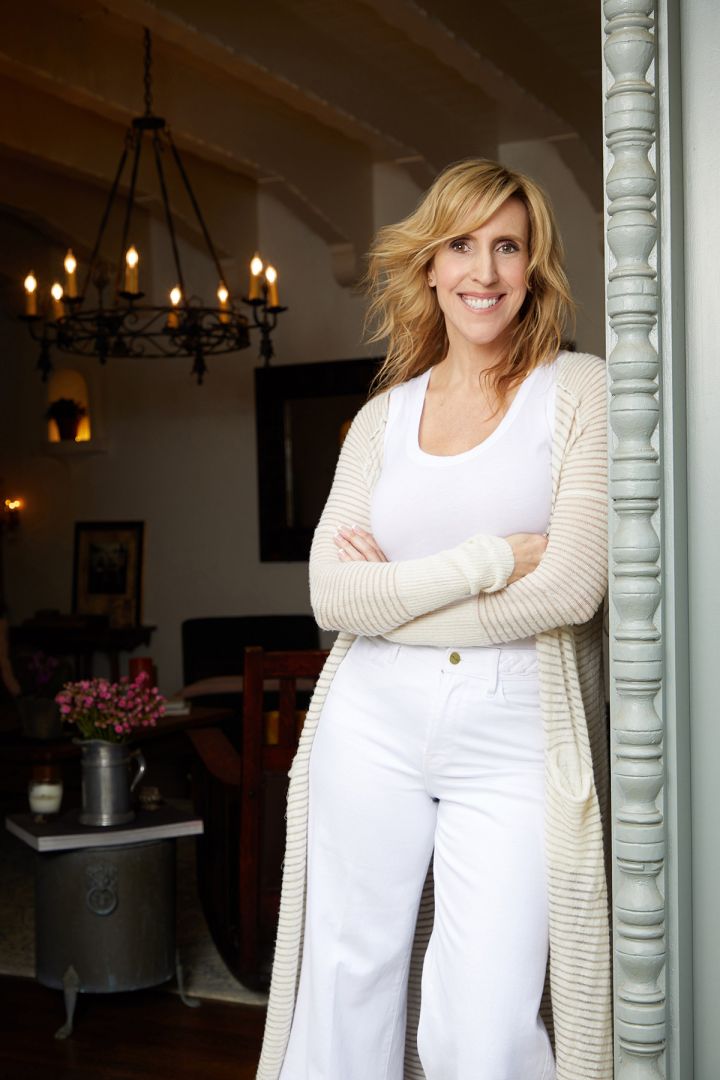 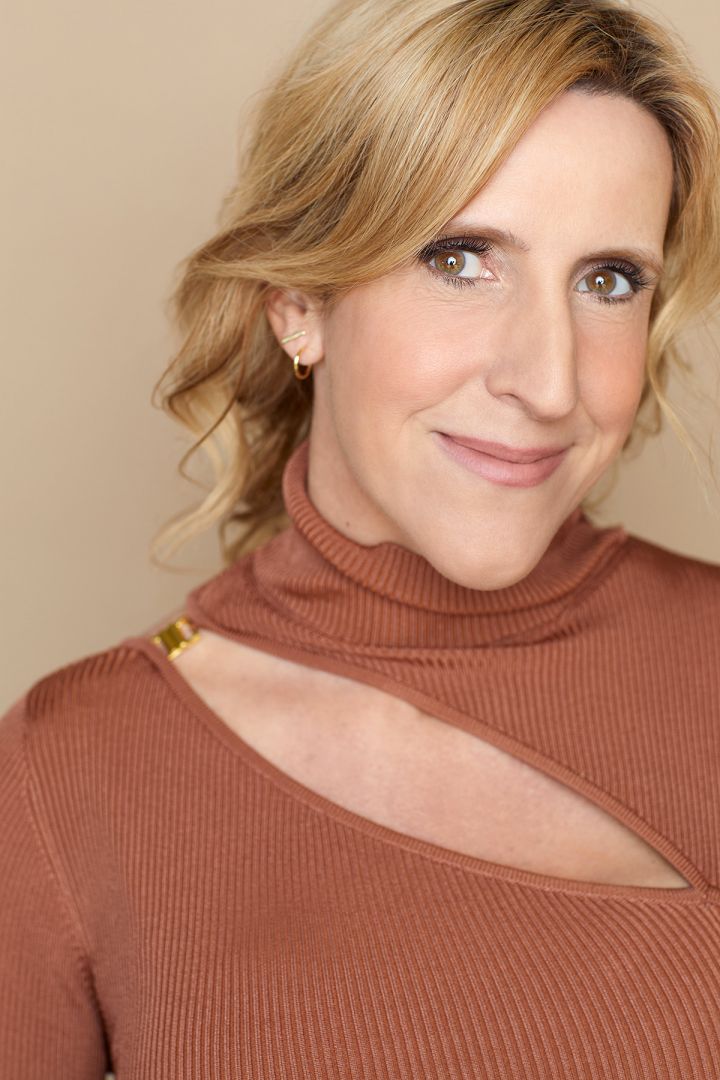 Alright, so let’s move onto what keeps you busy professionally?
I worked as a paralegal for over 20 years. Then, in 2011, a friend told me that he thought I was funny and he could envision me on TV. He introduced me to a local actor who connected me with an acting workshop. I loved it. But, I realized that I was going to have to create my own roles/projects if I was going to continue as there was not a highly developed industry in my area of Canada.

I created a one-woman YouTube series, and then another web series, and then a short film, all while training and taking classes in acting. I submitted my projects to the festival circuit and was rewarded with dozens of laurels. I promoted myself relentlessly and, in combination with all I had done, I obtained a Visa to work in Los Angeles as an actor, writer, and producer. Initially, I just thought this might make it possible for me to audition for roles in the US. But, my husband suggested that it would be better if I had a base of operations in LA. We had a discussion about what would be the greater sacrifice: going to LA and sacrificing being together day-to-day (he remains in Canada), or being 85 years old one day and wondering “what if”? He didn’t want there to be any regrets.

We packed up my vehicle – absolutely “Jenga-packed” to the roof – and drove over 1,500 miles to LA from Calgary in late February 2018. After a few trips to Costco and Ikea – and wrist-busting assembly of furniture – presto, I’m here.

I continued my work as before. I found a great acting school in the Beverly Hills Playhouse (later I added other acting schools like Lesly Kahn & Co. and Margie Haber Studios). I studied at every major improv studio I could find and completed the Second City Program, the Upright Citizens Brigade, and The Groundlings (for which I have completed Advanced with an invitation to their Writing Lab in their performance track). I studied Voice Acting and started performing stand-up. I joined every major professional organization I could: the Television Academy, Women in Film, Raindance Los Angeles, Film Independent, and SAG-AFTRA while maintaining my association in Canada with the Academy of Canadian Cinema & Television, ACTRA, Alberta Media Production Industries Association, Women in Film & Television Alberta, Women in Film & Television Vancouver as well as Calgary Society of Independent Filmmakers.

I beat the bushes to find representation (which, in LA, is challenging). I now have a theatrical and commercial agent in LA, an agent in Toronto, and a Manager.

To recap: None of what I did was easy.  But, because it is my passion, it feels as effortless as breathing. When I actually think about what I have done to get to this point, I realize it’s been a “crap-load” of work – but, tremendous fun.

My challenges are weirdly also my strengths. Hollywood is replete with young actors and many of the roles are geared toward that demographic. I am not a member of that demographic. But, I rock in the demographic I am in. My maturity is my superpower when it comes to improv because I have a well of experience from which to draw.

The added challenge, as expressed to me by my representation, is that I am not just one thing that is easy to market. They say (and modesty requires me to say these are the words of someone else) I am tall, regal, sexy, quirky, strong, and with great comedic chops. But, I see these attributes as a superpower as well. I just need to be in the right place at the right time for one of these to click.

I am easily cast as the salt of the earth character, like the nice neighbor, friend, or mom – but, also, the elite pitbull lawyer, judge, detective, or doctor. With my dramatic and comedic training, I’ve been cast as everything from a shy eccentric lady who has pet rats to a paranoid neurotic kombucha drinking wife to a necromancer-hunting civil war sergeant to the judgmental “Karen”.

I really enjoy creating characters and making bold/specific choices, whether as an actor or a writer. As a writer, I tend to gravitate toward comedy. I have trained in sketch comedy writing at The Groundlings, as well as private coaching. Through Second City Hollywood, I co-wrote and performed in a one-hour sketch comedy Grad Revue Show (as well as an accompanying award-winning short film). I created and co-wrote a pilot script for a half-hour comedy series, “InFirm”, which was a Quarterfinalist at the prestigious CineStory Foundation 2021 TV Retreat & Fellowship Competition. My projects have collectively garnered over 100 film festival laurels around the globe.

I continue to audition for other projects (television shows, feature films, new media projects, voiceover work, and commercials) both in Los Angeles and in Canada.

Any places to eat or things to do that you can share with our readers? If they have a friend visiting town, what are some spots they could take them to?
Whether it’s a close friend, my 86 year old mother, or my husband, I have a list of must-sees: 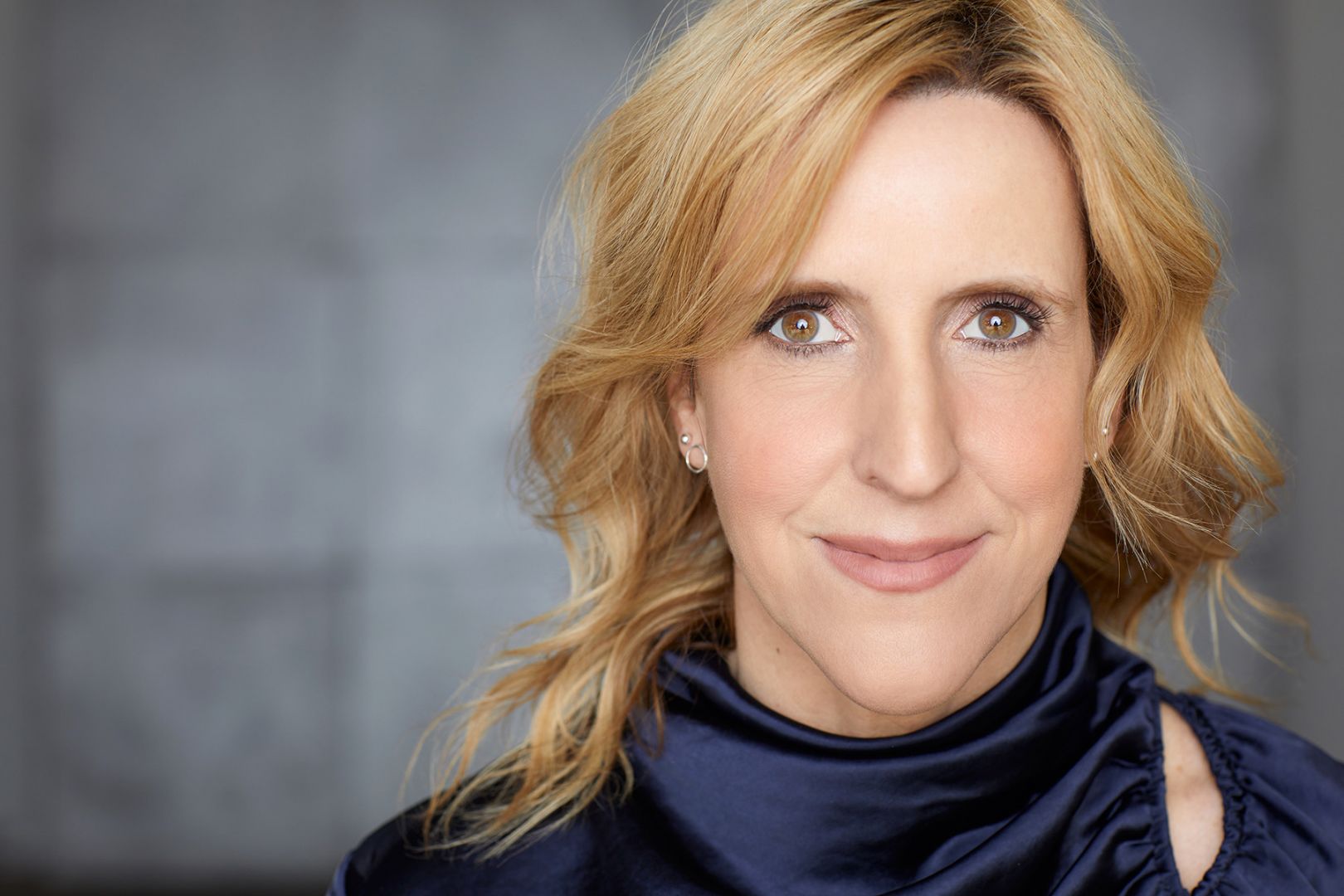 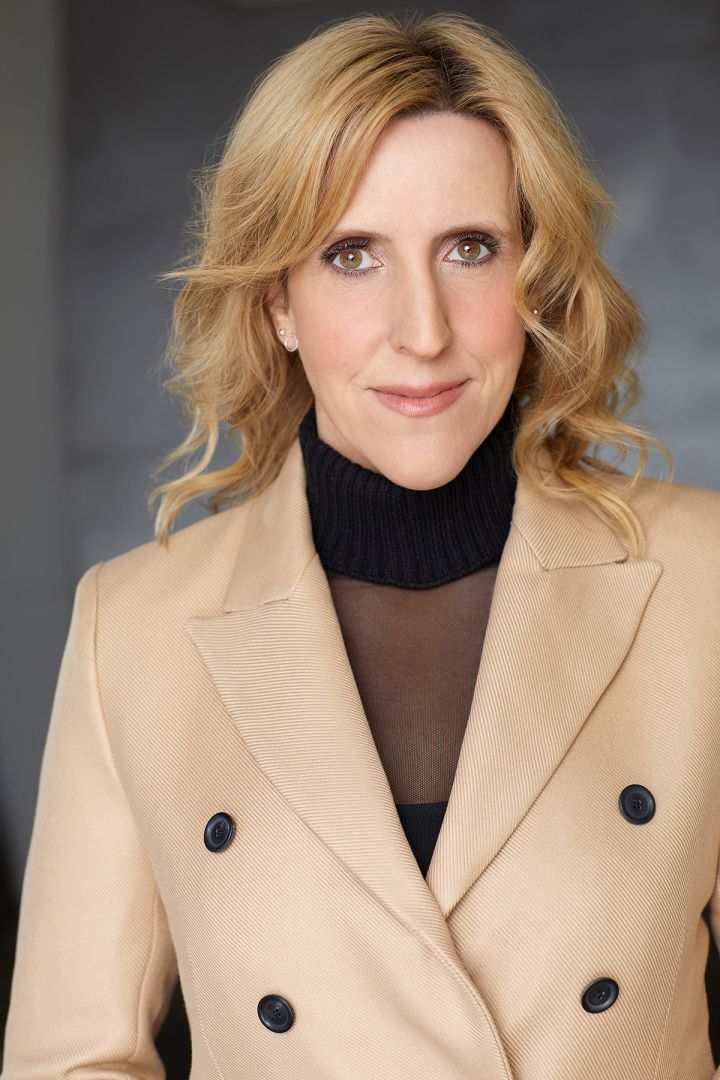 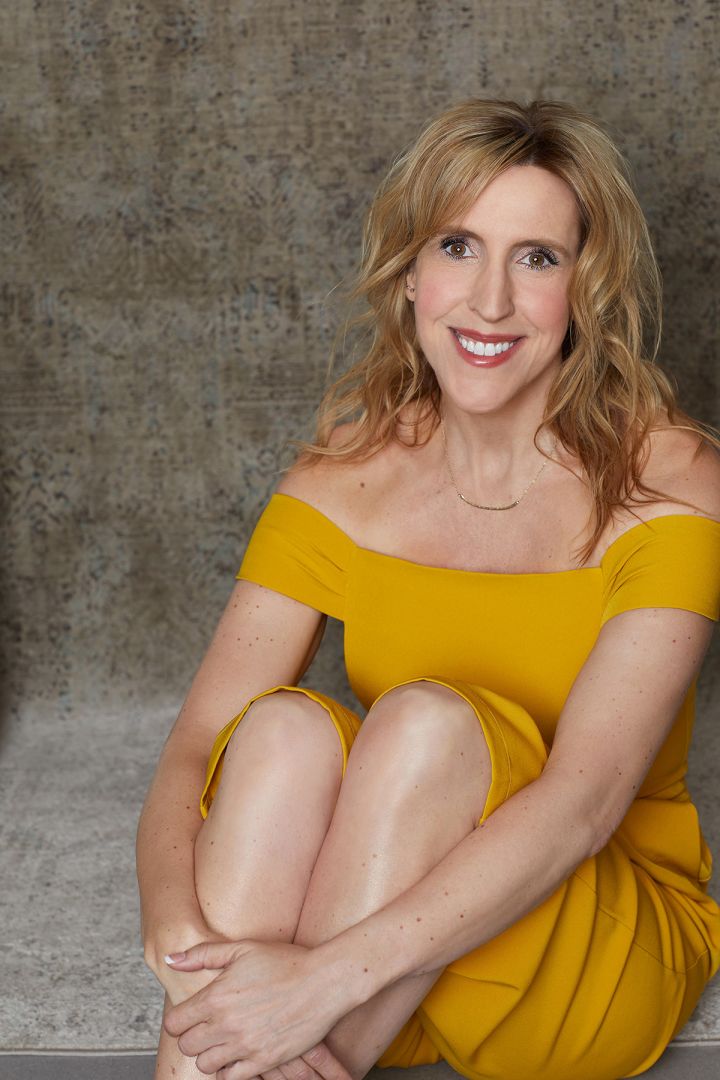 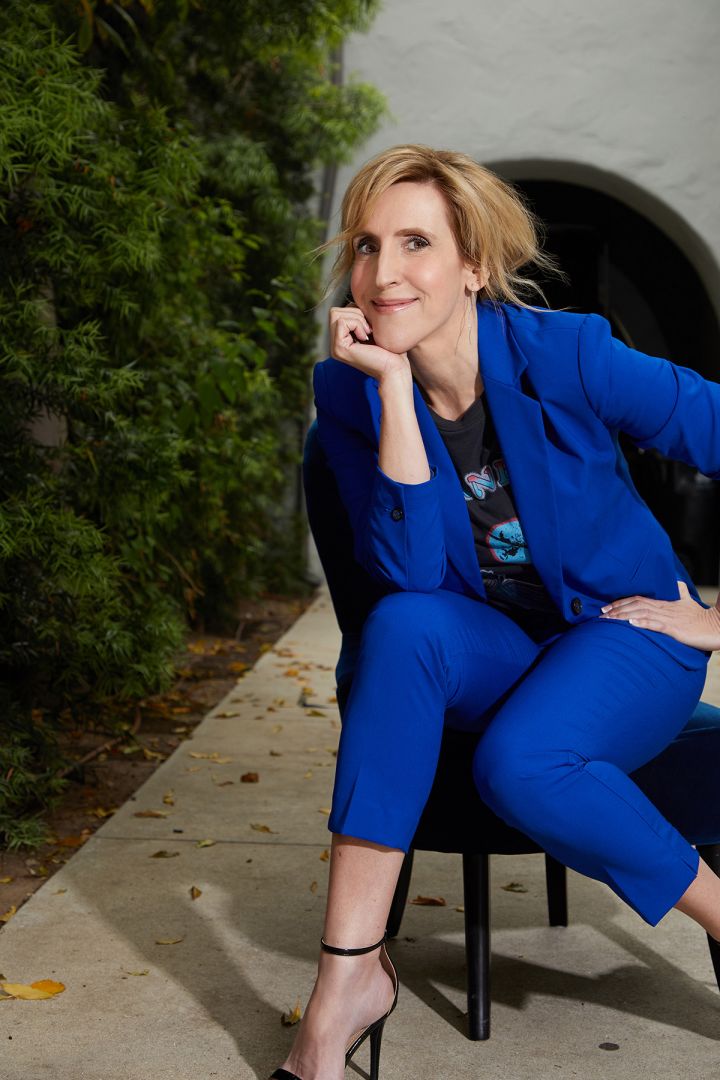 The Shoutout series is all about recognizing that our success and where we are in life is at least somewhat thanks to the efforts, support, mentorship, love and encouragement of others. So is there someone that you want to dedicate your shoutout to?
I’d like to dedicate my shoutout to my husband, Richard. He is my biggest support and my partner in creativity. He is always by my side, not always literally though. I moved to LA in early 2018. His work keeps him in Canada, but he comes to LA as often as he can. The ongoing COVID pandemic has made this a bit more difficult, but we are determined to find a way to keep seeing each other despite the geographic distance. In the meantime, we always have the iPad. And thanks to COVID, now the rest of the world knows what it is like to connect to people online for things like eating meals, celebrating birthdays or watching TV together.

My husband is my reader for scene study and auditions, my writing partner, my cheerleader, my talker-off-of-ledges, my director of photography for my projects, my actor (or “victim” as he says) in my projects, and last but not least, he is my muse. (Yes, he “muses” me. I find him “musing”).