We had the good fortune of connecting with Cassandra Due and we’ve shared our conversation below.

Hi Cassandra, we’d love to hear about how you approach risk and risk-taking
There is no chance without risk. Whatever decision you make, there will always be consequences, whether good or bad. As an actress, people tend to say that some choices are “risky” when it comes to choosing how to perform a certain role. Some people even say that an acting career in itself is “risky”. But is staying on the “safe” side of things not a risk as well? I know for a fact that if I didn’t pursue what I’ve been wanting to do since the age of 6, I would have regretted it. I would not have met the people I care for the most, I would not have had the opportunities I’ve gotten and continue to be presented with, and most importantly, I don’t think I would have been happy as a whole – there would have forever been this silent guilt towards myself for not even trying, and therefore, succeeding.

I moved from the UK to the US at 18 years old – I was alone, having to adapt to a new country, to a new culture, to a new whole world. I took the “risk,” or as I prefer to call it, the “chance,” to become independent and leave all I knew behind in order to follow my own path. Taking risks has turned me into the person I am today. Even the bad has shaped me, has allowed me to grow because without the bad, how are we supposed to really know the good?

At the end of the day, there is no safe route. So why not take the chance to actually do what you love? It surely worked for me! 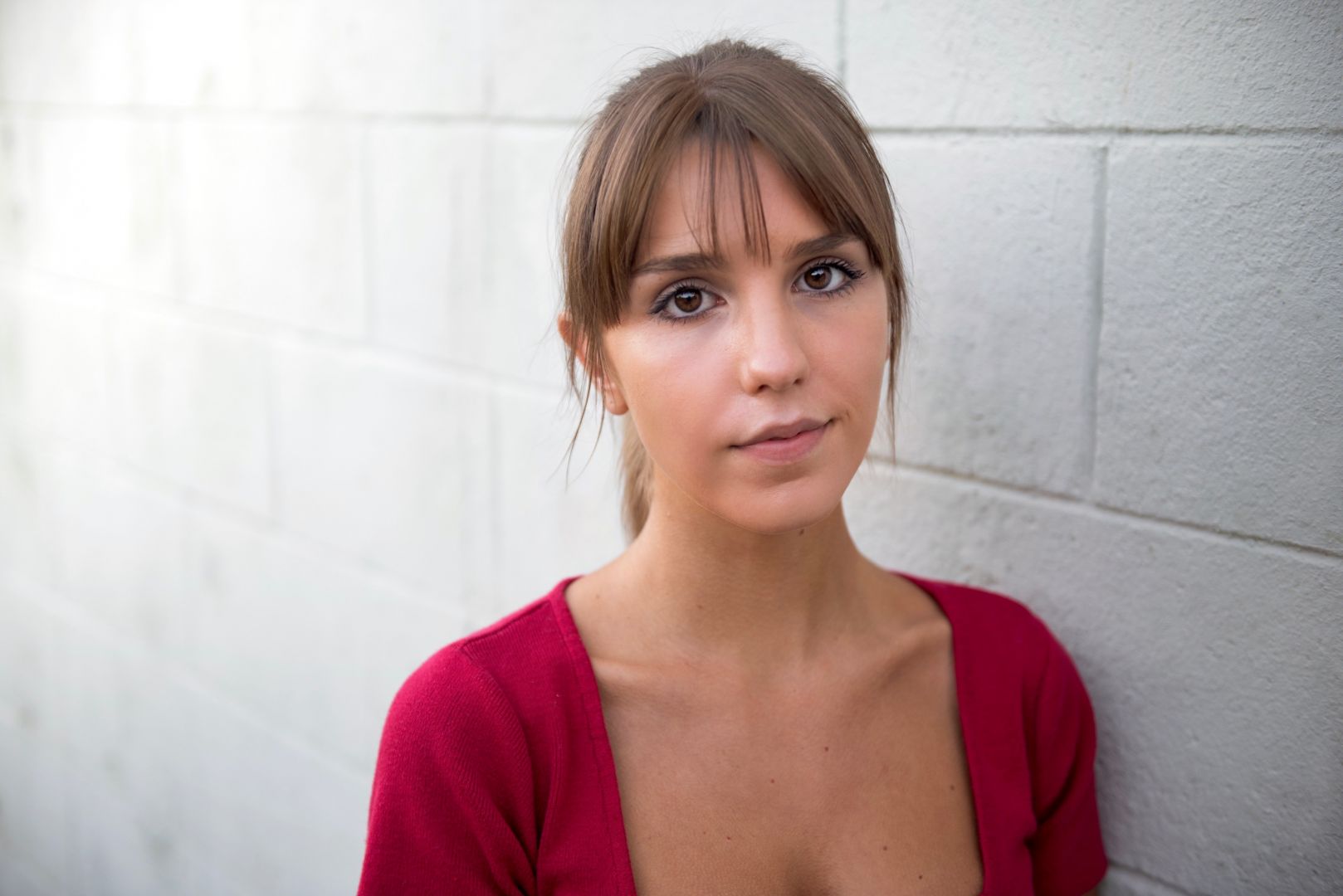 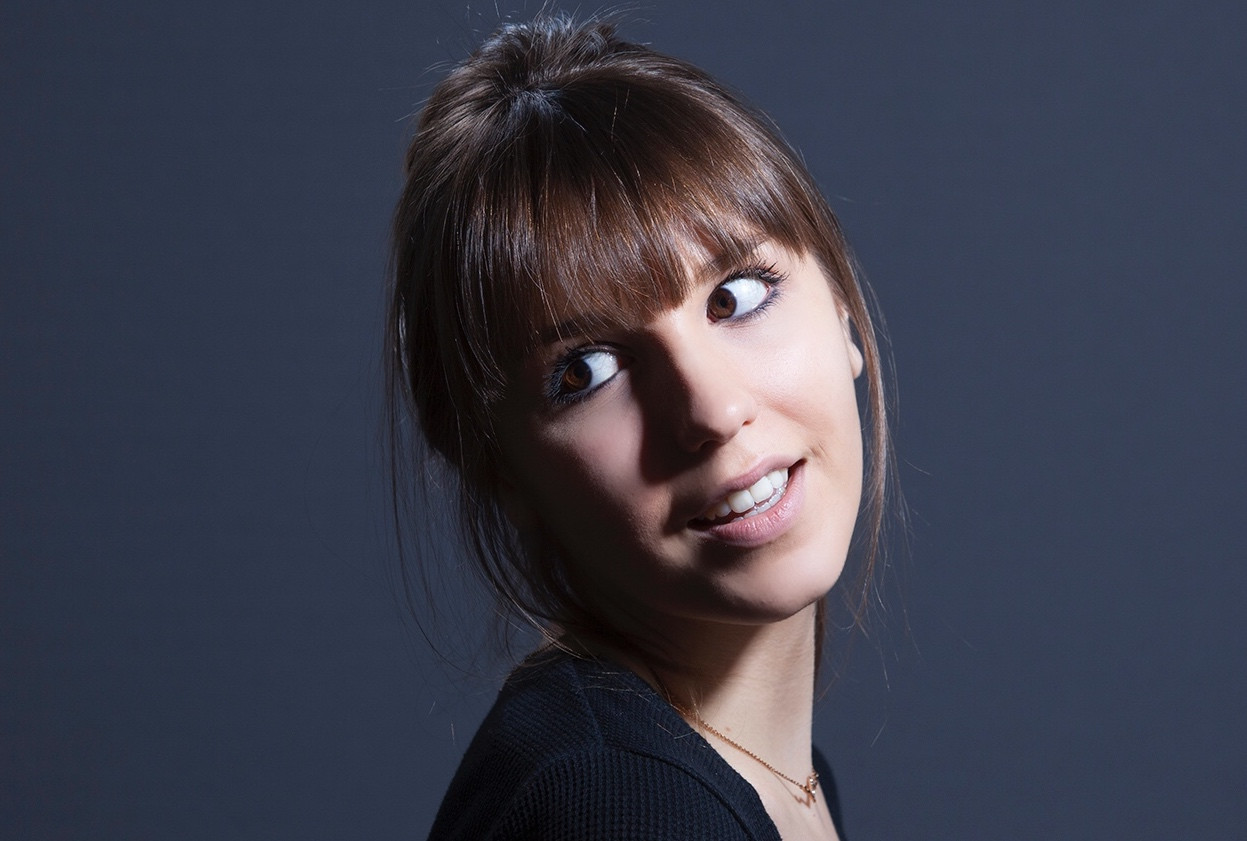 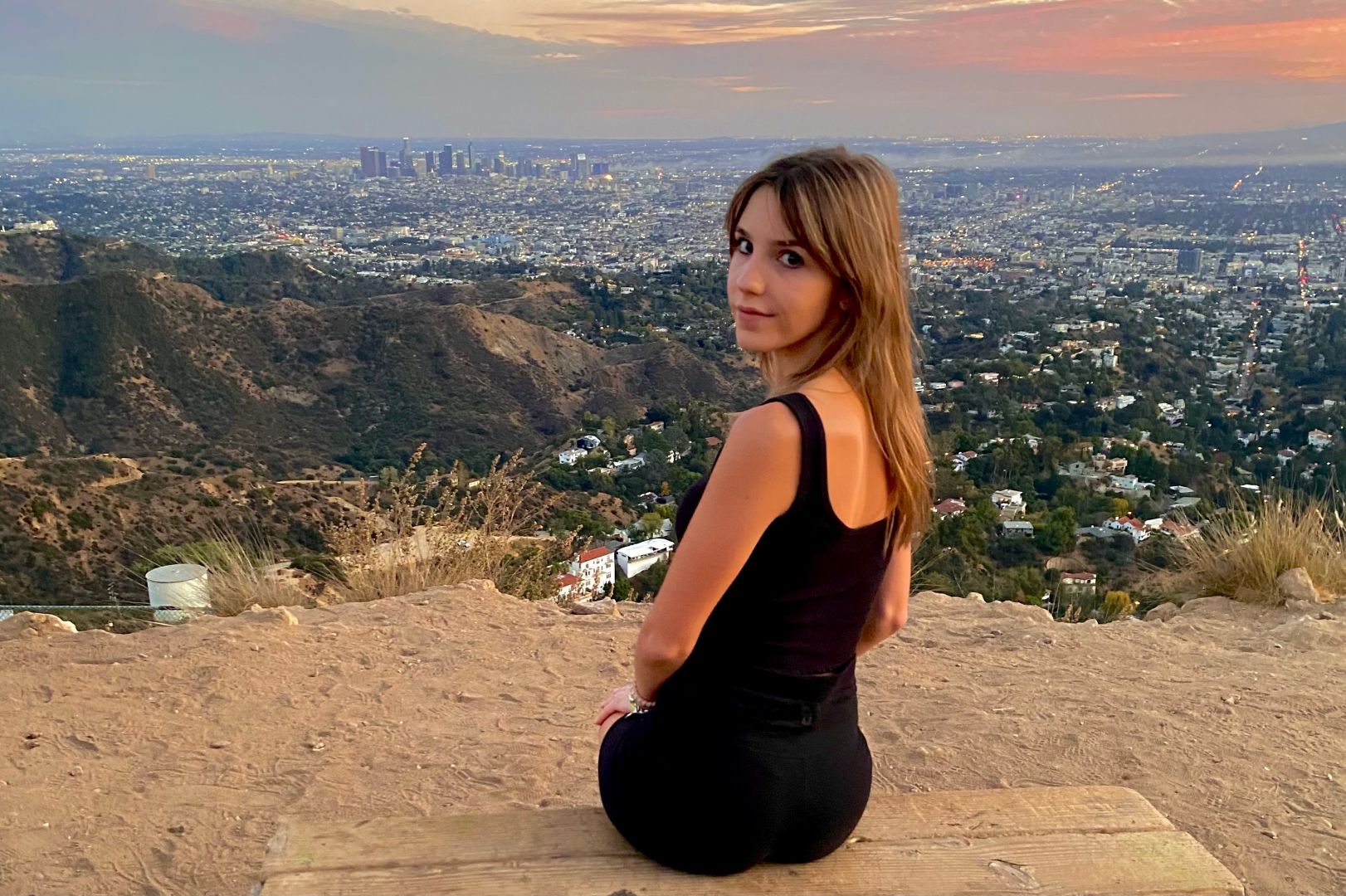 Let’s talk shop? Tell us more about your career, what can you share with our community?
I knew from a very young age that I wanted to be an actress. What specifically interested me was the fact that people all over the world could watch a film and have different experiences, feel different things, connect with the characters and the story in their own unique way. I found it mesmerizing as I was also one of these people. As a child I would watch movies that would give me the opportunity to feel things I simply could not have experienced yet due to my age. But that never stopped me from being able to somehow relate to the characters and the story. These feelings and this connection I felt while watching films is really what I fell in love with. I’ve always been attracted to character based stories and have ever since mostly worked on films which are character based. I have starred in numerous short films that have garnered praise at film festivals such as Worldfest-Houston Int’l Film Festival, Columbus Int’l Film Festival, and New York Shorts Int’l Film Festival. We are all looking to be understood, whether we admit it or not, and a film is able to give us this understanding, to give us the feeling that we are not alone.

I am also from all over – my mother is French and Spanish, my father Danish, and I grew up in the UK. I never really felt like I was one specific thing, but more of a mix of different places. I grew up with all these cultures and it’s been very beneficial for me as an artist. I feel as though my multi-cultural background has allowed me to understand people better as well as the characters I play. I have recently received awards for my bilingual (French/ English) film, A 17 ANS (AT 17), which I have written, directed, and starred in. So far, it has received a Merit Award for Best Leading Actress from Accolade Global Film Competition, a Recognition Award for Best Leading Actress from Best Shorts Competition, and an award for Best Acting Duo from Creation International Festival. I think the fact that it was in “Frenglish” helped reach a whole new audience, a bilingual audience, one which does not have many films to relate to when it comes to the way they communicate. I think that no matter the project, there will always be a little part, detail, or anything really that my multicultural background could bring to the characters I play. It doesn’t have to be as obvious as the language, but just a little something, a note.

Getting to where I am today hasn’t been easy – but when do good things ever come easily? I’ve learned so much in the past years. One of the biggest lessons of them all I guess is to really go with your gut. I know it sounds cheesy, but it really is true. I am so thankful to be where I am today – living in LA, continuing to work and do what I love.

Any places to eat or things to do that you can share with our readers? If they have a friend visiting town, what are some spots they could take them to?
Definitely Elysian Park for a nice picnic or a hike! There are a lot of really cool hiking trails here so probably others too like Eaton Canyon where there’s a really beautiful waterfall. Manhattan Beach for a day trip – it’s such a cute spot! The Conservatory for brunch in West Hollywood as well as HOME in Los Feliz. Café Stella for some good French food. Maybe another day trip to Santa Barbara? It’s so relaxing there. The Mint for some live music – they’ve recently reopened! Oh and the Star Wars bar in Hollywood – the vibe there is immaculate. There are so many places I’m still discovering but these are a few I would want to take a friend to! 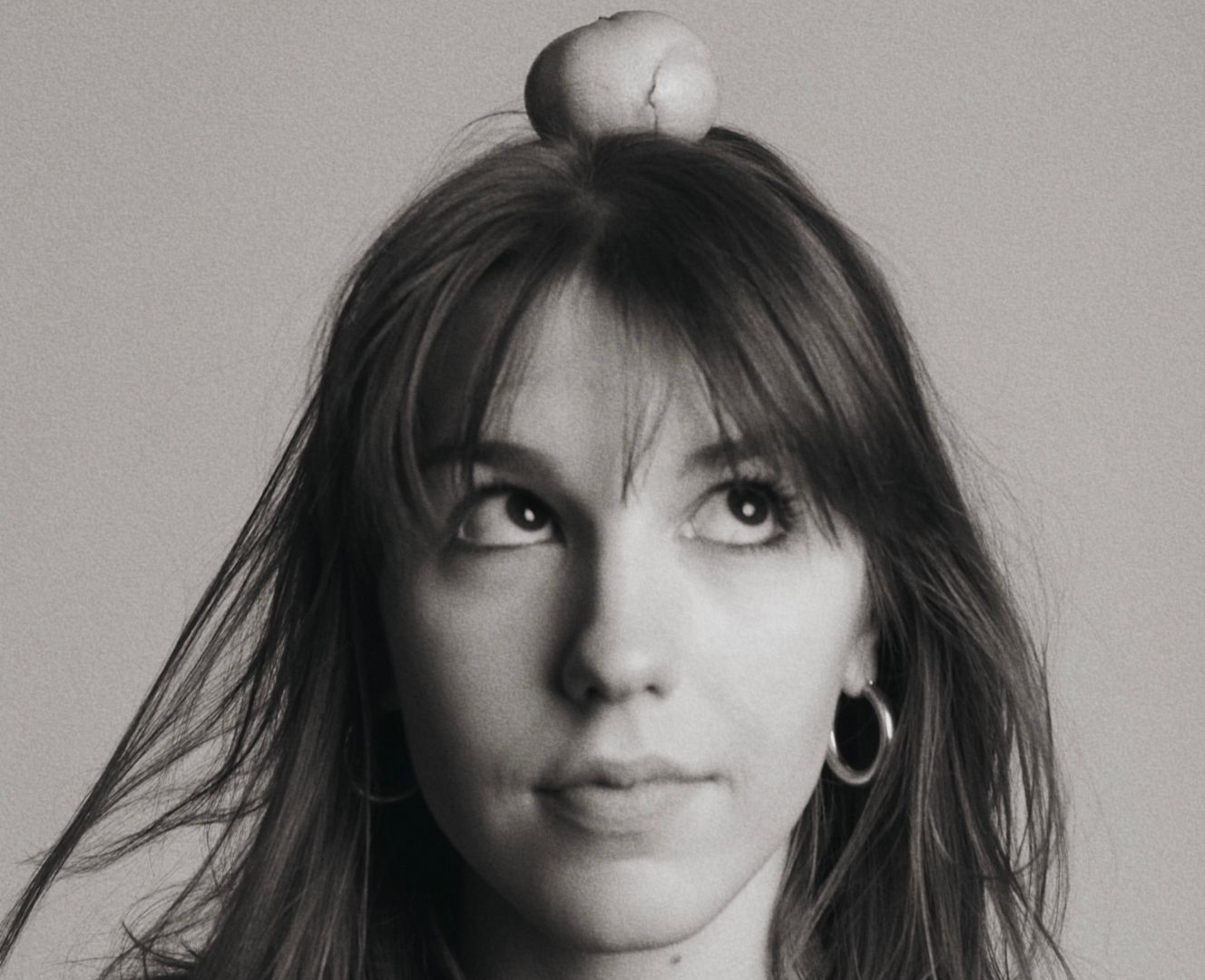 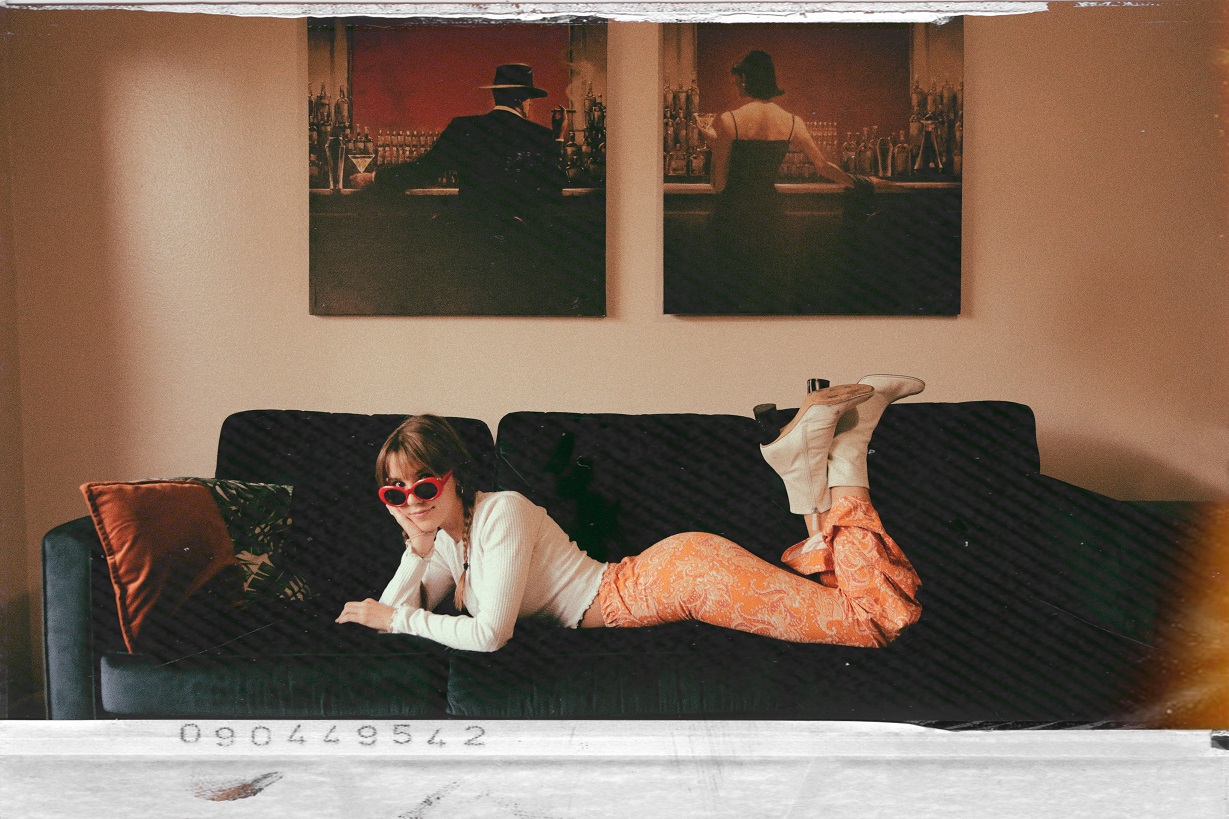 The Shoutout series is all about recognizing that our success and where we are in life is at least somewhat thanks to the efforts, support, mentorship, love and encouragement of others. So is there someone that you want to dedicate your shoutout to?
My family, for supporting me into creating my own path. My childhood best friends, who have never judged me and have always been there through thick and thin. My core college friend group, who were the first people I’ve ever really fully connected with when it comes to film. And the people I’ve met in Los Angeles in the past year, who have become my newest “family.” I am eternally thankful for all of them and it makes me so happy to know that no matter what, I will forever have them in my life.

Other: You can watch A 17 Ans (AT 17) on youtube using this link: https://www.youtube.com/watch?v=uE9ANb1FJJg