We had the good fortune of connecting with CB Mullen and we’ve shared our conversation below.

But in an era that has phased out the need for actual celluloid film, is debating sending movies to theaters, let alone uses the VHS tapes that got me hooked on movies…what does filmmaker actually mean anymore? To me, it means seeking out every opportunity to work with producers, on screen talent, and camera crews in any capacity I can. That’s probably how I became one of the teleprompter operators for one of the longest running Hollywood teleprompter companies, how became a go-to boom operator for Oscar winning sound mixer, and created some of the biggest and most influential esports events as an onstage host and stage manager. Yeah, that’s a lot of non-acting/non-filmmaking roles on some of my biggest projects to date. But they paid the rent, widened my networking pool, and allowed me time and resources to create feature and short films for festivals on my off days.

10 years ago, I was struggling to find any work in the industry. Today, 90% of my income is from being a live technician for tv and commercials, and 10% is from acting gigs, and while not a personal money maker, my short film Allergic Overreaction helped raise nearly $3000 for Screamfest Horror Film Festival.

My goal is to increase the income from acting gigs, eventually make a film that turns a profit, and essentially ween off the lucrative tech gigs, which on top the money I make, allow me to learn more and more about the larger industry with each gig I take. Based on my trajectory and changing technology, I hope to be an Oscar-winning producer and actor in the category of best performance in VR dramatic experience before I’m 50. But if I just had one great scene in one great movie, that would be cool too. 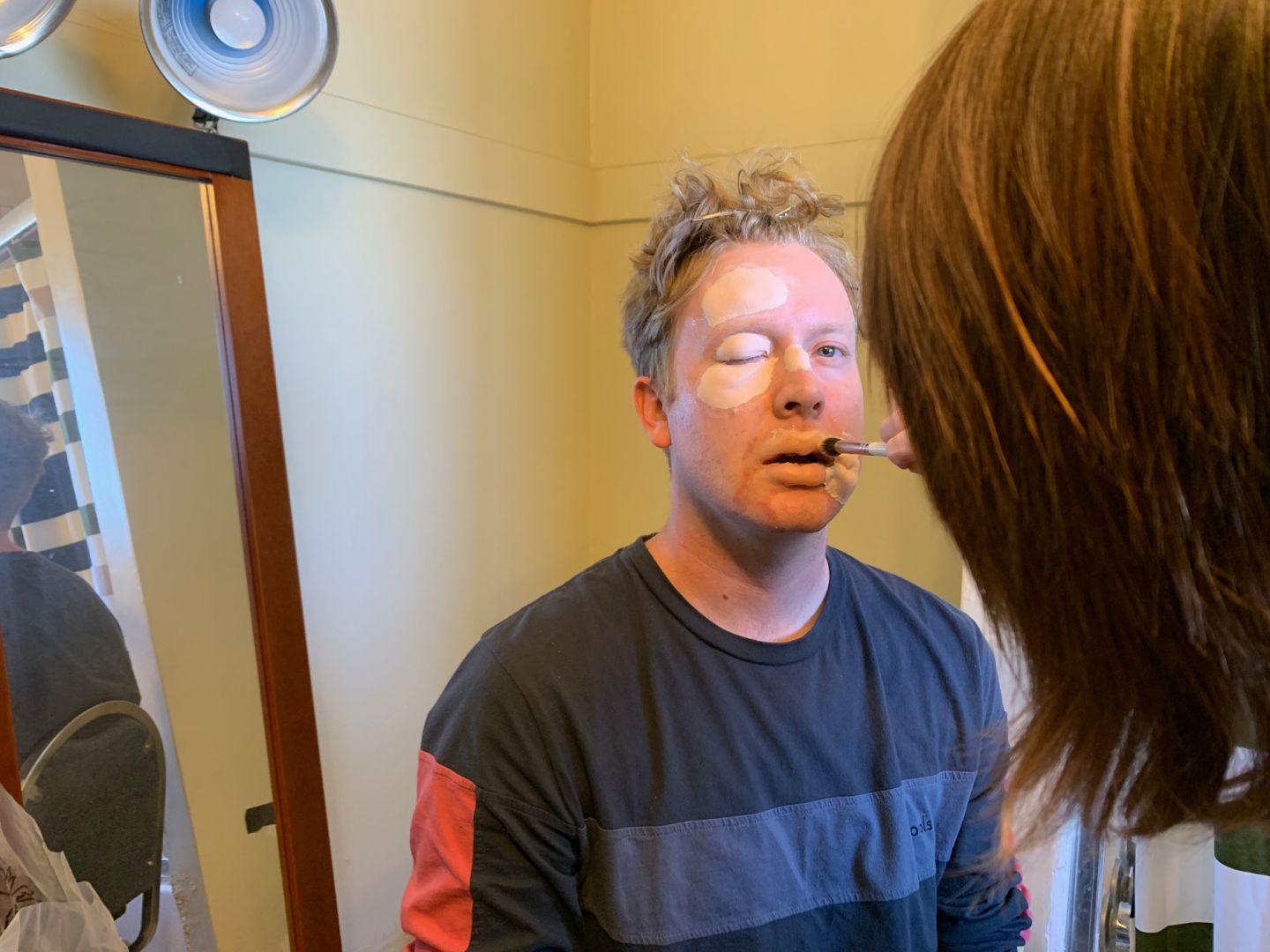 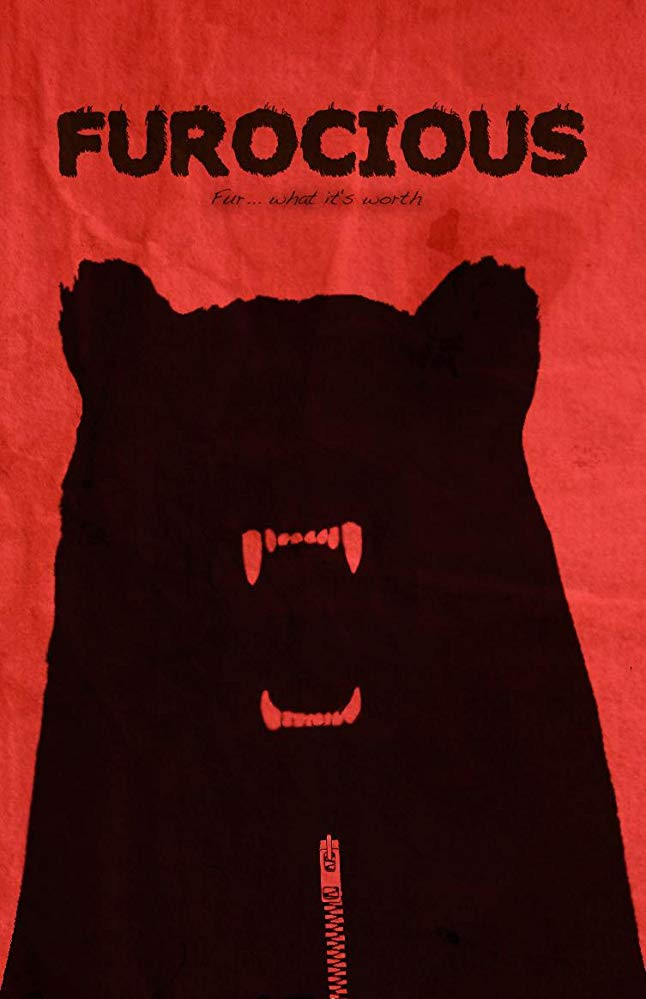 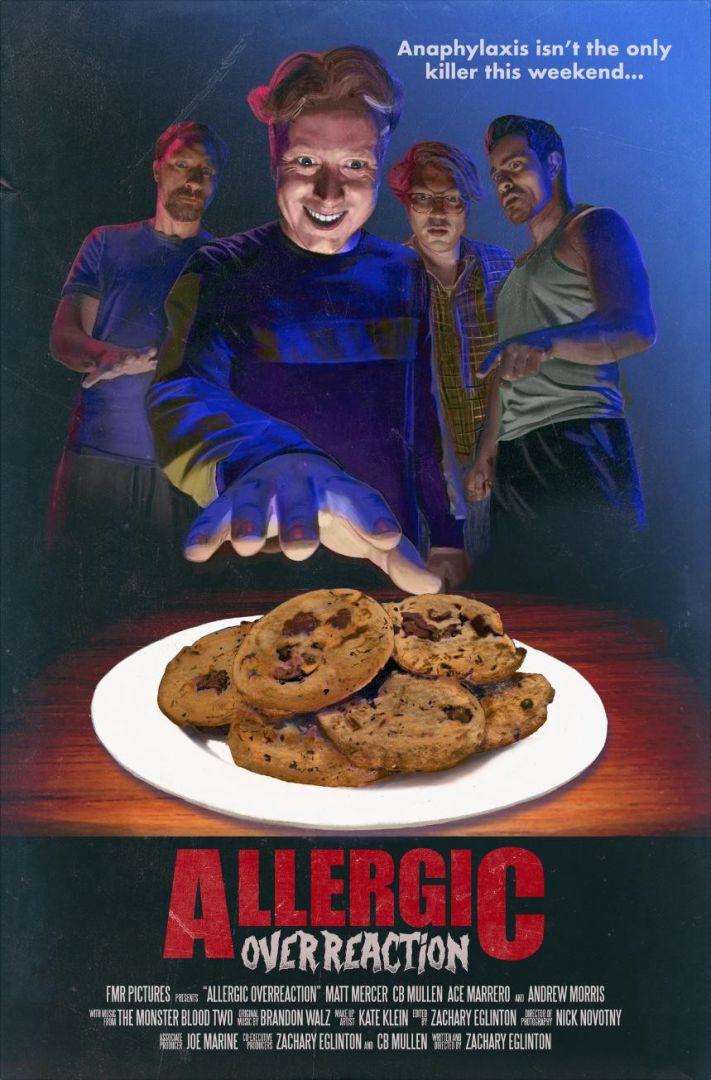 Can you open up a bit about your work and career? We’re big fans and we’d love for our community to learn more about your work.
I’ve tried a lot of paths so far, though acting full time has always been the endgame. After struggling with valet jobs when I first moved to LA, I got a cool job at a special effects company setting up green screens. I didn’t know how to set up green screens until after getting that job. I eventually had to leave that gig along with half their operational staff, which lead me to start gigging. At first, I was taking PA gigs, occasionally boom operating/sound mixing, and camera gigs. If I could look up a how-to-video on the piece of gear or software I needed to use, I would accept work doing it. My goal was always to be on set.

I think this “do whatever” attitude lead me to a lot of really cool sets, and gave me a unique perspective. As a stage manager and warm up host, I’ve performed on stage at Madison Square Garden, Staples Center and other international locations. As a boom and teleprompter operator, I get to work directly with and learn from amazing on screen talent. As a green screen specialist and live sports graphics operator, I demystified the more complex aspects of pre and post production. All these lessons I bring to my own personal work, which I think directly contribute to their success and critical reception.

If you need proof, you can watch me as a stand in for the hitchhiker in The Poisoning on Amazon Prime. Lots of my shorts are on Youtube, but the ones I’m most proud of are Furocious hosted by FMR Pictures YouTube Channel and Allergic Overreaction hosted by ScreamfestLA YouTube channel. I’m excited for Beccy Quinn’s The Fae and Nate Hapke’s Empiricism, both independent shorts in post production set to hit the festival circuit later this year.

Let’s say your best friend was visiting the area and you wanted to show them the best time ever. Where would you take them? Give us a little itinerary – say it was a week long trip, where would you eat, drink, visit, hang out, etc.
This is a weird question to answer because we’re all still kind of coming back from quarantine. Some of these haunts might not be around, I haven’t been able to try any of them since Feb 2020. But hopefully some of this info is still relevant. I’ve lived all over the city, and I think my favorite area thus far has been Culver City. Oldfield’s to Bigfoots West to Cinemabar to Cozy Inn to Joxer Daly’s is the best pub crawl in LA. Though I am also a fan of the string of Japanese shops and restaurants at Olympic and Sawtelle.

The best fried chicken with atmosphere is The Prince in Koreatown. Best breakfast burritos might be C&M Cafe in Culver City. If you’re an early riser, you should go to Randy’s Donuts in Westchester, near LAX, around dawn for the freshest coffee and donut experience in the city. And vegetarian’s choice plate at the sit down Gaby’s Mediterranean at Venice and Motor is a must. At the southern edge of Venice boardwalk, Washington Blvd, after you walk past Hinano’s, a great billiards bar, you can walk along the Venice canals, a hidden gem late night stroll. 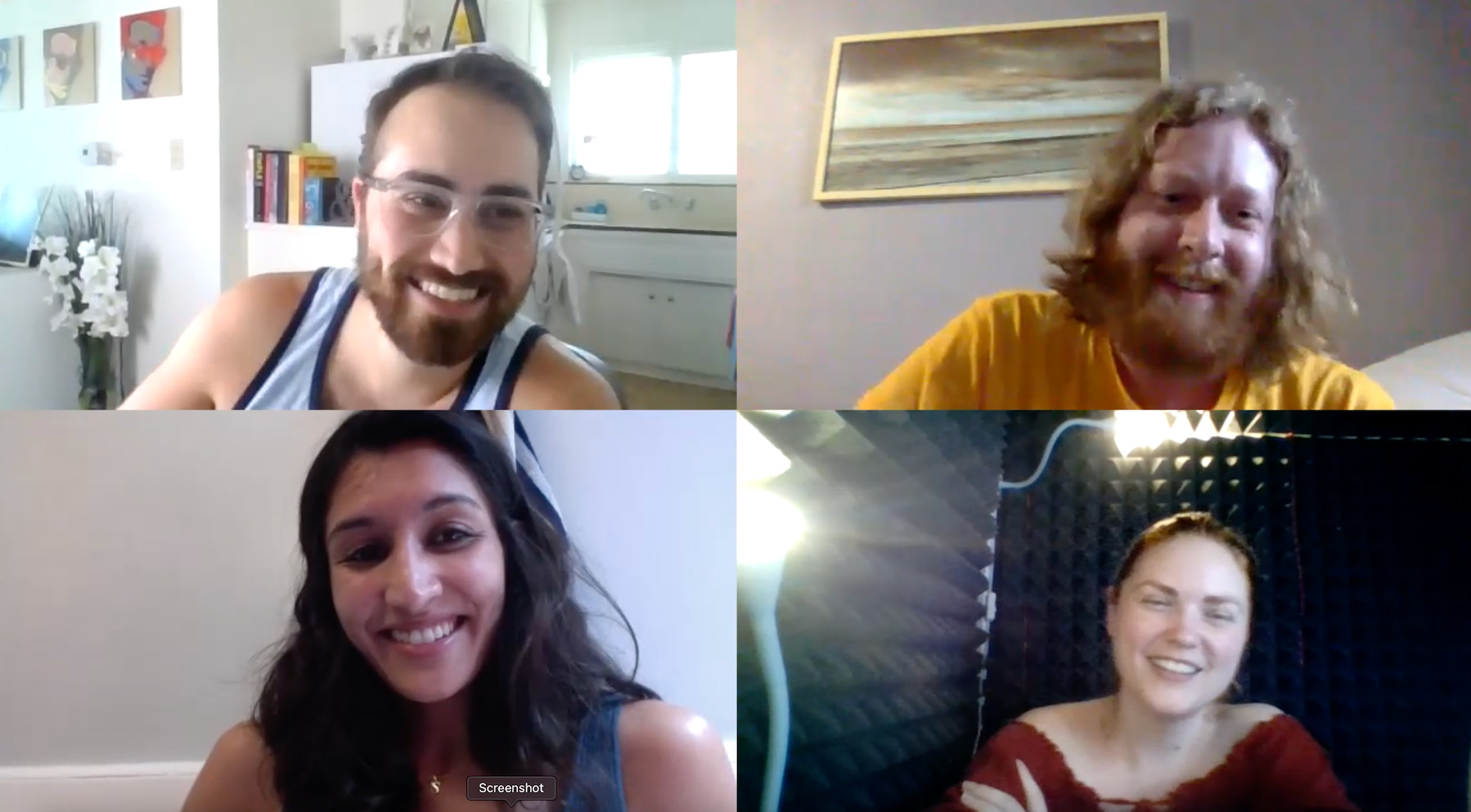 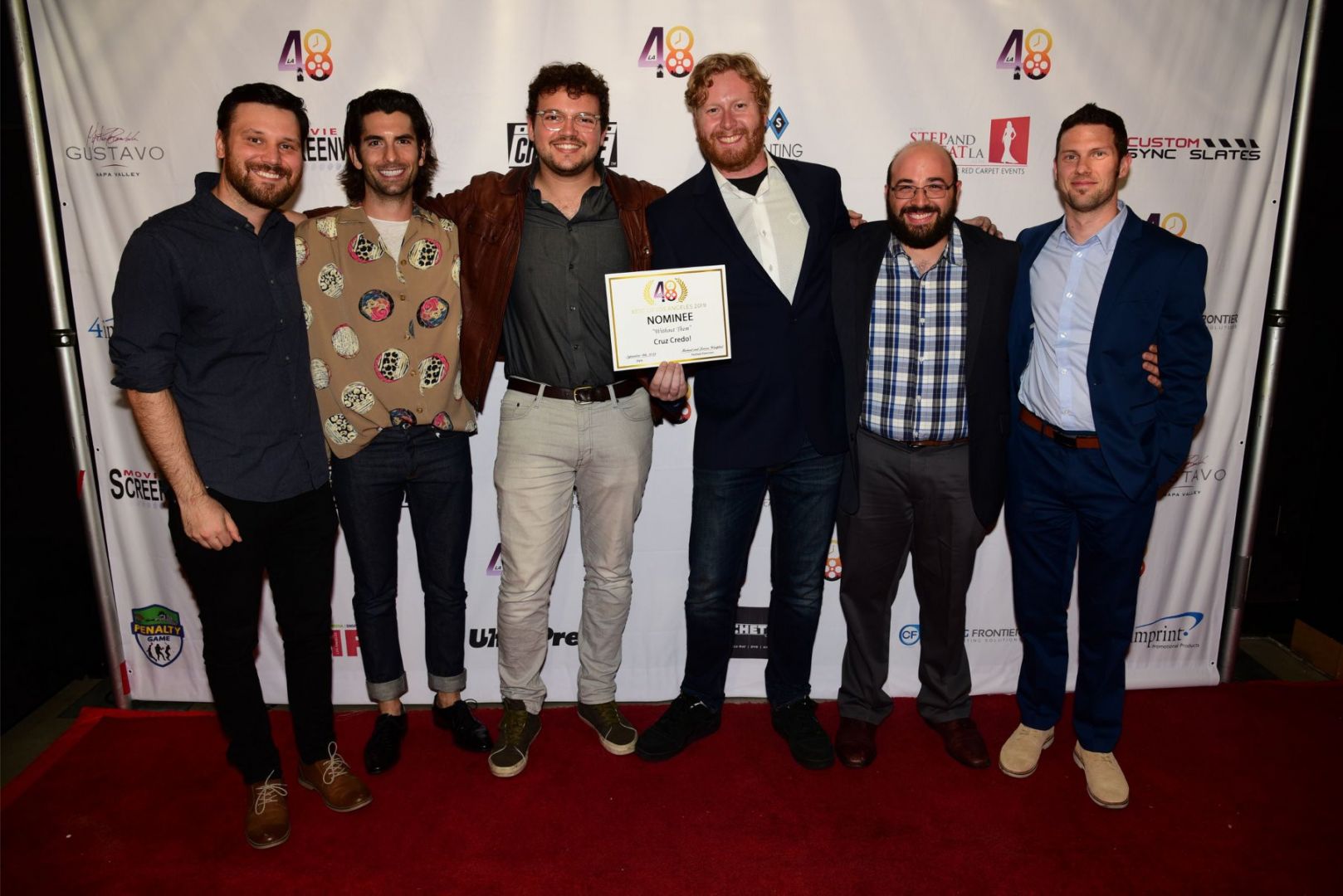 Shoutout is all about shouting out others who you feel deserve additional recognition and exposure. Who would you like to shoutout?
There’s so many amazing people I’ve worked with along the way. But first to my mind is Phillip Bladh, who was recently honored with a BAFTA and Oscar for his live sound mixing work the movie Sound of Metal. He’s dedicated himself to film in a way that I haven’t. While I’ve taken work in reality tv, cooking competitions, sports programming, commercials…whatever pays the best really…he’s taken the harder path and reaped the rewards. If you look at his IMDB, you’ll see dozens and dozens of credits, all real films.

His focus and determination is an inspiration, and I can’t think of anyone who deserves an Oscar more. He and I met on a quirky office comedy, and bonded over meal breaks and between takes. I was a dolly grip on that movie (the person that moves wheeled cart that the camera rides on), but I was telling him how I came to LA to act and just didn’t want to do the normal waiter/actor thing. I stuck in his head, and he ended up casting me as his former self…a movie he produced the following year about his unique high school experience, Geek USA. He also gave me a call anytime he needed a non union boom operator in LA. We’ve done some long hours on set together, and I can’t wait to work with him again. Hopefully he’s available for my next short film, that I hope to shoot later this year. Keep an eye out for me plugging the crowdfunding efforts.

Other: I’ve linked my most recent short, Allergic Overreaction, which enjoyed an extended film festival run, thanks to the Covid quarantine.