We had the good fortune of connecting with Chris Mozy and we’ve shared our conversation below.

Hi Chris, why did you pursue a creative career?
This path pursued me, to be honest. It has always been pretty clear that I’m not cut out to be a “9-5er.” When I have been, it’s really affected my mood and overall happiness. While needing to be calculated and perfect in some aspects, my brain has always been chaotic with thoughts flying around everywhere, at all times and that includes songs which usually come to me randomly when I’m not really expecting it.

In high school, a couple friends were in bands so I thought it would be a good idea to get a guitar. Once I had it, I’d put on music I loved – thank you, New Found Glory and Hoobastank – and learned how to play by listening and strumming along until it sounded right. That was it, I was hooked.

From age 17, when I started playing, to 25, music was a huge part of my life, playing in bands and meeting incredible people. But then, we all got older and stopped having the ability to commit meaningful time to music so I got distracted by other endeavors and work. There were years there where I didn’t play an instrument at all.

During the pandemic, though, as time became more accessible and things in my life started shifting, I really needed an outlet so I picked up my guitar and decided to start trying to sing for the first time ever. I’d never had the courage to do that in front of anyone before, let alone myself, or the patience to work on it so I never tried. But I knew if I wanted to play music seriously again, which I did, I’d have to step up and figure it out.

Since then, the floodgates opened up and this new chapter has really been amazing. I’ve been writing about a song a month, have been able to revisit the seven or eight I had written many years back but never heard with vocals on them, and also got to play a homecoming/debut show where the large turnout really caught me off guard. There are so many cool things coming up and in the works, as well, including the release of my debut single, All The Way (available now on all streaming platforms), and this Shoutout piece! 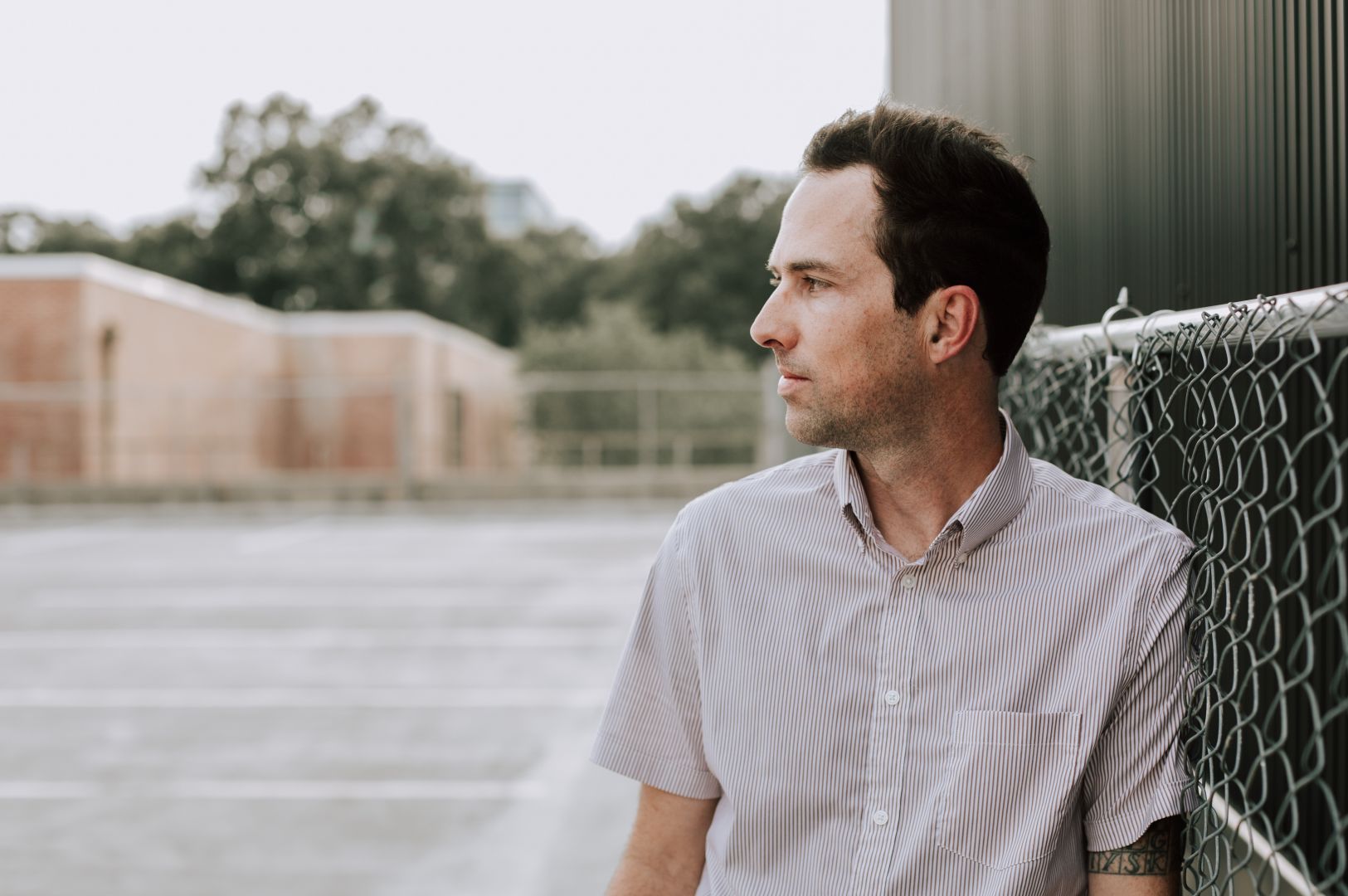 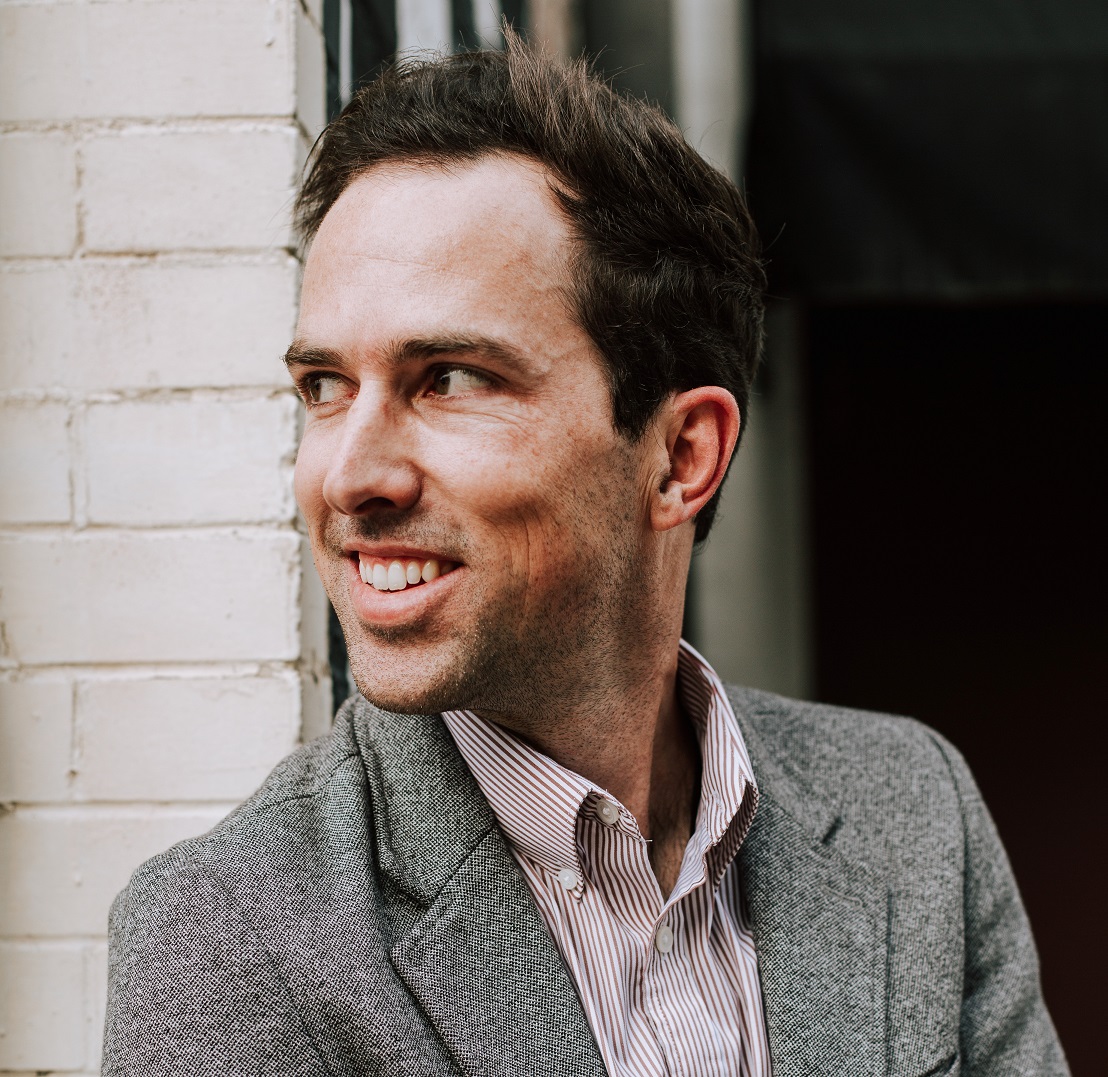 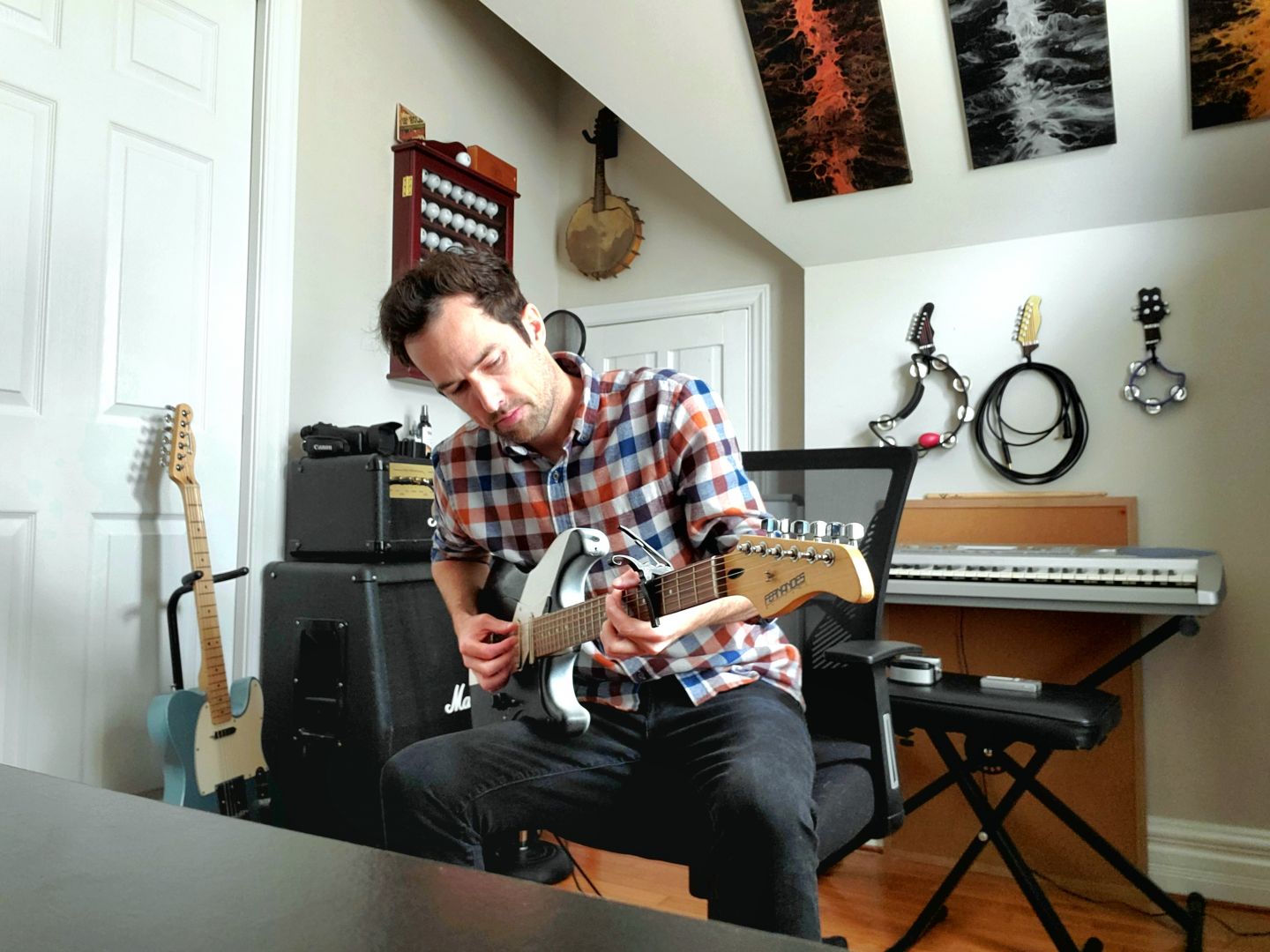 Let’s talk shop? Tell us more about your career, what can you share with our community?
There are many people that have positively influenced my journey to where I am today in music. My mom bought me my first guitar, my longtime friend for planting the seed and always wanting to jam, the bandmates I learned so much from, my dad who’s inadvertently co-written two songs with me and the industry people I’ve met either directly or indirectly shaping my outlook of the business.

Deciding to get back into music during a pandemic proved challenging in a few respects. With venues being closed, it meant for the first several months it was me in my music room feeling everything I was going through personally and producing songs from those feelings.

It’s taken a good year to finally start getting halfway comfortable with singing, hearing myself, performing (once things opened back up) and everything comes with it so it’s all just starting to get more fun in the last few months. Originally, the goal was just to have the courage to put out a video of me singing but it’s now gone way beyond that, which is incredibly exciting. While the songwriting has come surprisingly easy so far (thankfully!), getting over that other stuff has just taken time and a lot of practice, things I’m still putting a lot of effort into.

I’m really looking forward to continue honing my sound, which some have called pop, some say country. I don’t know that I see the country so much just because it’s not a genre I have ever listened to, so we’re going with pop-country(ish) for now.

If you had a friend visiting you, what are some of the local spots you’d want to take them around to?
I’ve actually had the pleasure of welcoming friends in from Kentucky before so some of this can be drawn from experience and some mixed with my favorite things. I’ve been known to pack in activities on vacation so forgive me if your head is spinning after reading this (you should really try it, though)!

Let’s get the obvious out of the way first – a week-long trip to L.A. would include watching/listening to live music. If possible, I’m taking my friend to three venues: Greek Theatre for a larger experience, The Wiltern for a mid-size show and Hotel Café (which I haven’t had the pleasure of playing yet… hint, hint to anyone reading this that can make that happen!) for a more intimate musical setting.

I know, I know – we’re talking about L.A. but I’d take two day trips out of the city. First, a trip down the 5 freeway to San Diego. You can’t come to SoCal for a week without going to SD. With all due respect to historic Dodger Stadium, Petco Park is the nicest ballpark in baseball so we’re definitely catching a game (and fish and chips) there, followed by a drink at Prohibition in the Gaslamp. The second day trip is out 101 to Santa Barbara, another gorgeous city, starting with breakfast at Moby Dick on the pier and walking around State Street.

Ok, back to the City of Angels, which I don’t think anyone from here actually calls it that(?!). Since my friend isn’t from here, we’d be heading to the famous boulevards – Sunset and Hollywood – to get the more well-known stuff out of the way. We’d also drive past famous houses, visit notable graves and go to the La Brea Tar Pits, since for some reason, I have never done that in all my years in SoCal.

One of the days, we’d head over to the legendary Coliseum for a Trojans football game and squeeze in a round of golf at Los Verdes Golf Club.

We’re wrapping up the trip in Santa Monica for a day on the beach, at the pier and walking around 3rd Street.

I’m not even exaggerating when saying that every day would end up at Toi On Sunset for dinner. I cannot get enough of that place – the vibe, the food – so, so good. If that’s not possible, though, or my guest isn’t as enthusiastic about that place as I am, here are some other good eats – Hook Burger, Donut Man, or one of the many great Mexican restaurants.

Yes, if I wasn’t doing music, I’d probably be a trip planner. 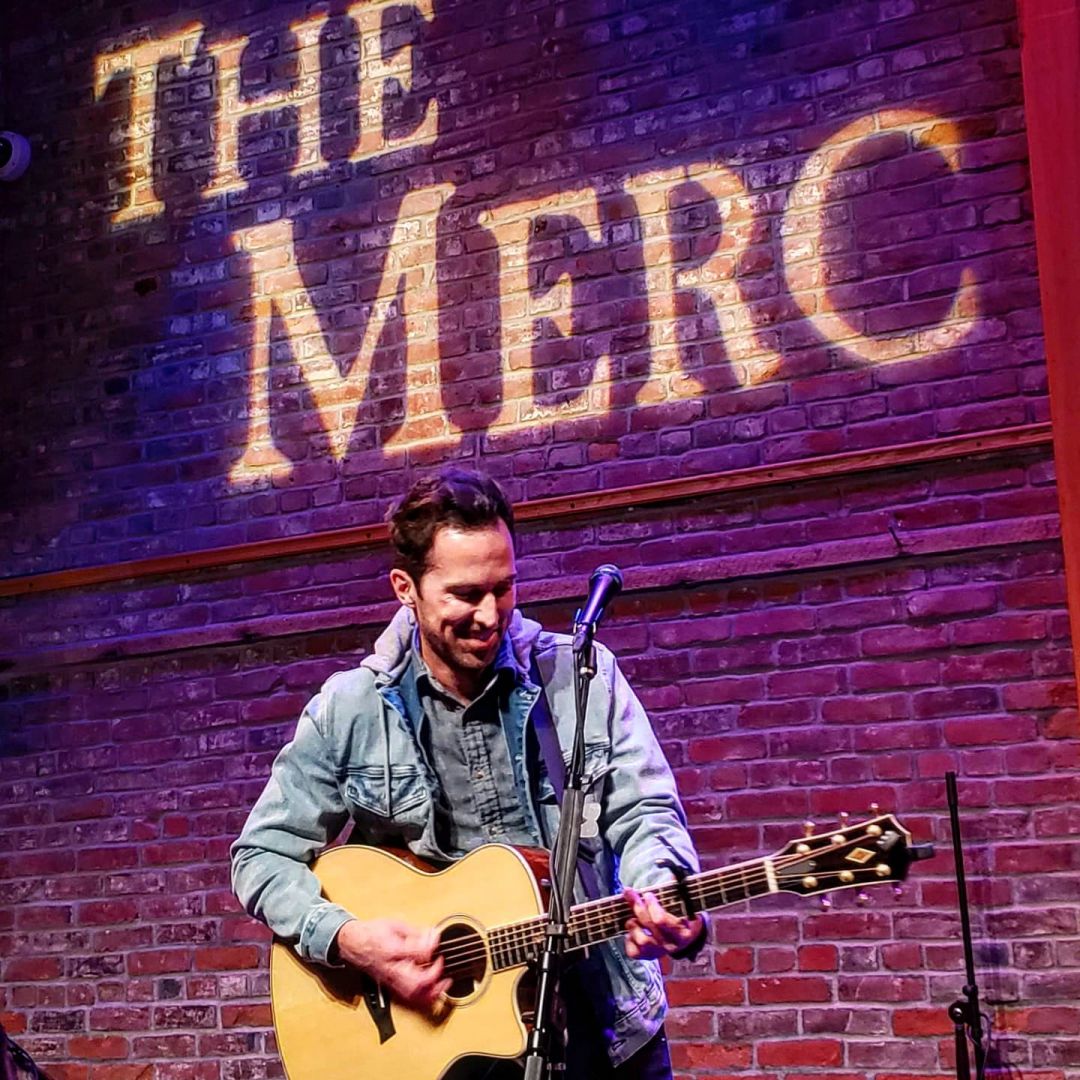 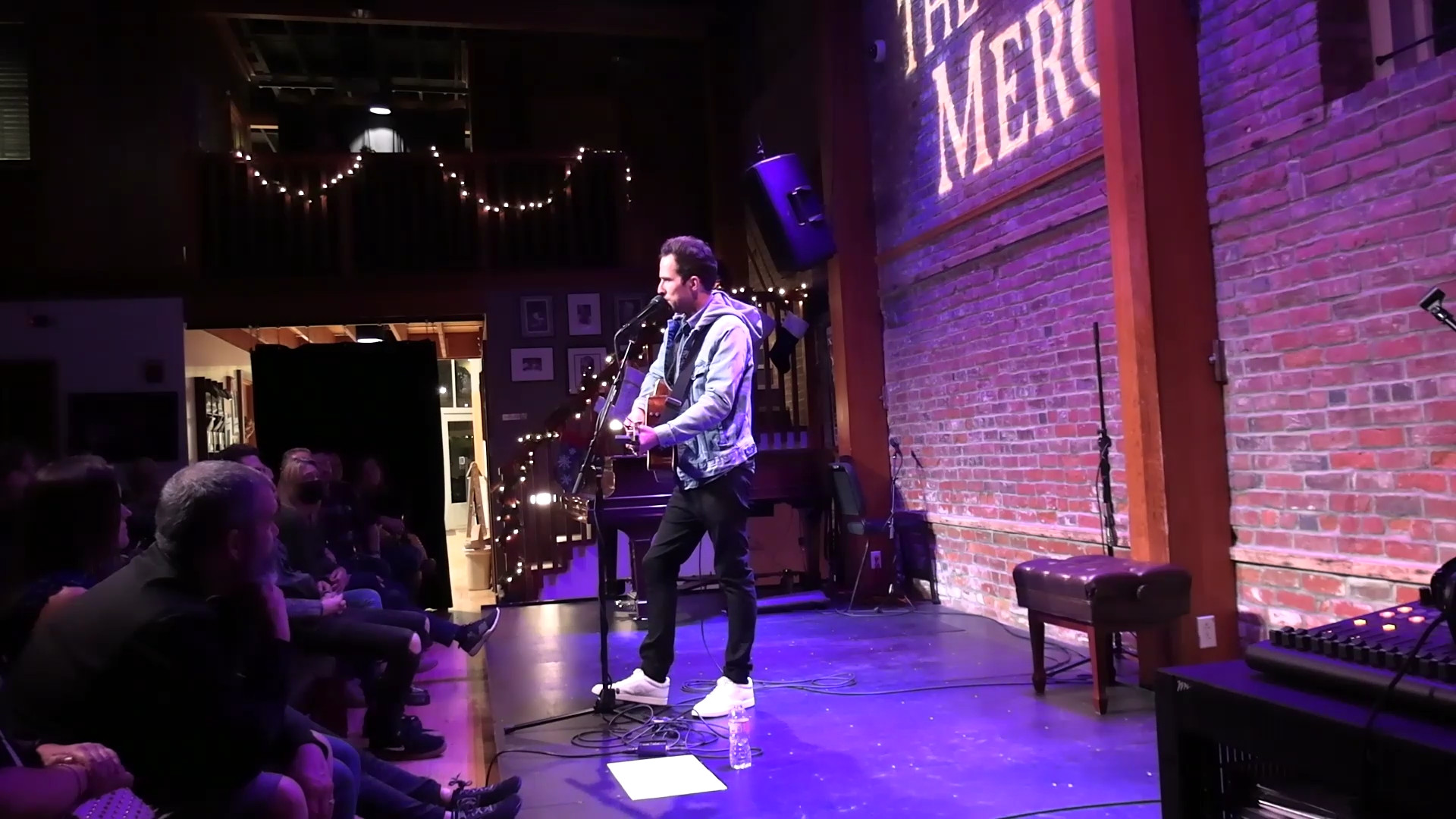 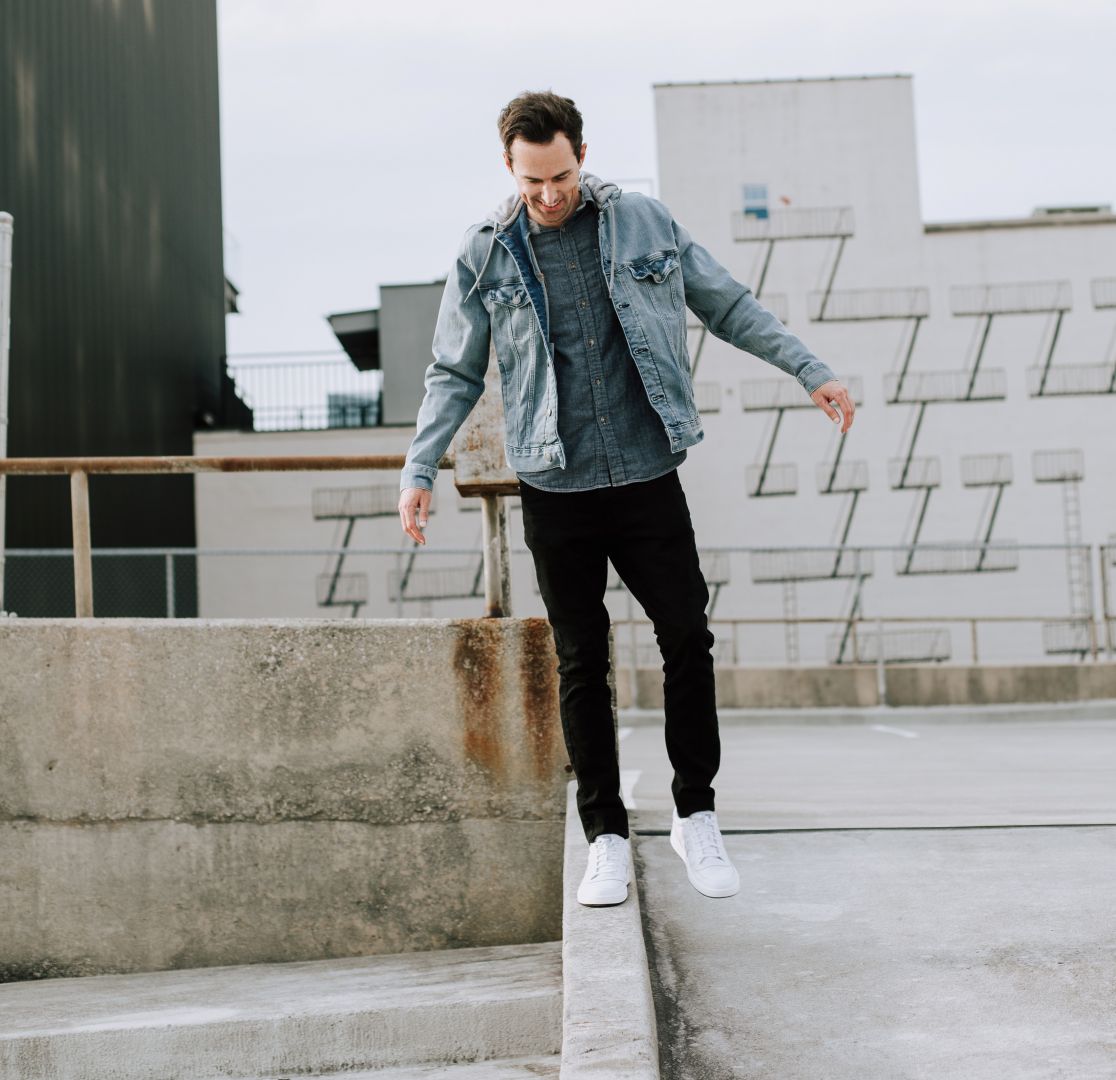 Shoutout is all about shouting out others who you feel deserve additional recognition and exposure. Who would you like to shoutout?
My shoutout goes to my kids who have really inspired my reentry into music. Even though they’re basically over it at this point (it’s no longer new or exciting to them that dad can play and sing), I can still get them to participate in our parody cover song series!