We had the good fortune of connecting with Christopher Cano and we’ve shared our conversation below.

Hi Christopher, what role has risk played in your life or career?

When I look at my life and everything I have experienced and learn, I would say that taking risks definitely played a major role. If I had not taken risks, I would not have enjoyed the successes that I have today. The decisions which had the most significance or impact on my life were based on taking a risk. Taking risks lead me to becoming an EMT, paramedic, fire fighter and police officer. Taking risks pushed me to educate myself to the point where I am a few months away from earning a PhD. Taking risks help me to start a successful Youtube channel as well as becoming an actor. While I am afraid of failure, I have learned you have to take a chance and try. Trying is what I  tell other people to do who are afraid to experience new things. One day, you don’t want to look back and say, I wish I would have…

Every morning I wake up I say to myself Carpe Diem…seize the day! 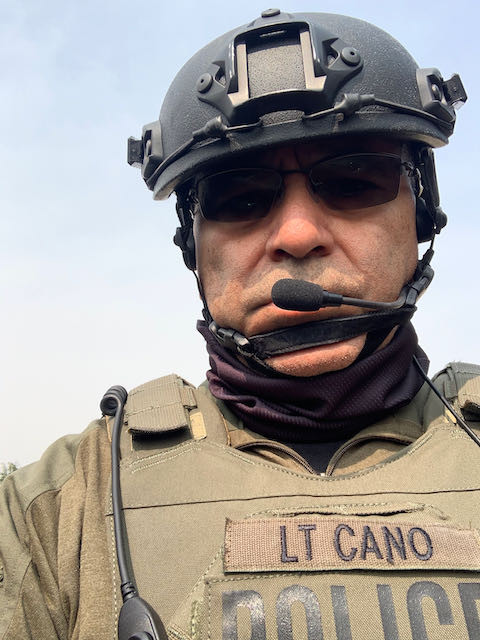 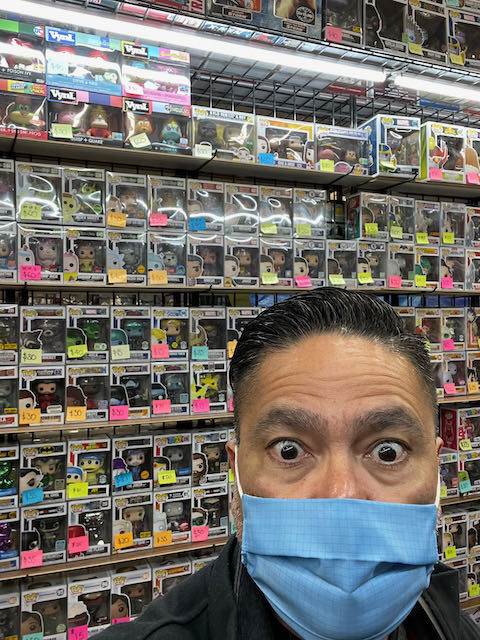 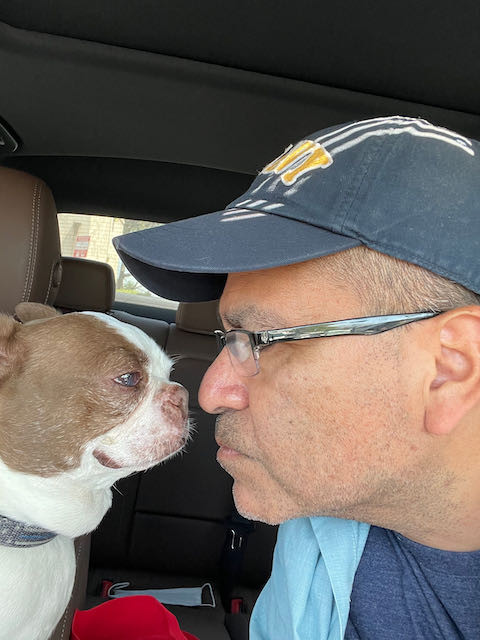 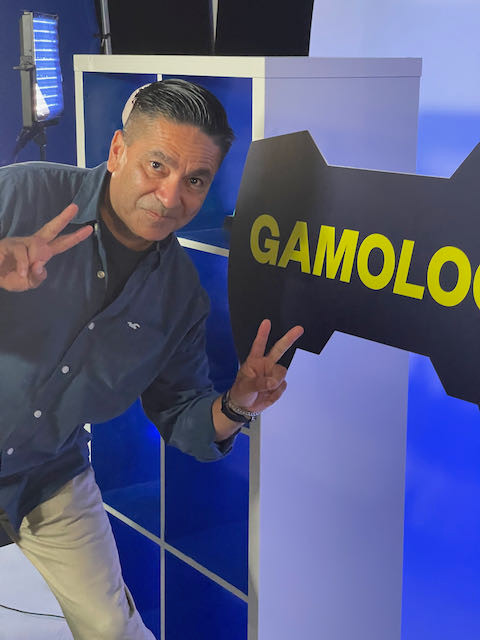 I wanted to be a doctor growing up but my parents lacked the ability to send me to college. High school didn’t prepare me to apply or attend college and upon graduation, I found myself not having a plan. I was fortunate that I had been a paramedic explorer and knew about the emergency medical field. Shortly after high school, I attended an EMT program and became a licensed EMT. While in EMT school, I met some wonderful people who helped me to chose a career. I decided I wanted to be a firefighter/paramedic.

Unfortunately, due to my size, I was unable to pass the physical testing for firefighter. Though I graduated from a fire academy, I could not pass the individual physical tests. I reserved myself to working as an EMT for minimum wage. I did return back to a community college and eventually earned an Associate’s Degree. After about four years of working as an EMT, I finally saved up enough money to attend paramedic school. I applied and was accepted. As a paramedic, I worked for a private ambulance company, not making much money. It was during this time as well that I worked as a reserve firefighter for two fire departments in the San Gabriel Valley region.

In time, I found I had no future as a private ambulance company paramedic and decided I needed a change. Unfortunately, I was already divorced with a child and was struggling to pay child support. The ambulance company I was working for was going through a buy-out and there was a good chance I was going to be unemployed. A friend of mine, who was a police officer, told me I should apply to be a cop. Being a cop is something I never thought of doing. Six months later, I found myself in the police academy getting screamed at by the tactical academy staff, wondering if I made the right decision for myself. I was overweight and struggled with the physical fitness in the academy. I was lucky that the academics came easy for me though and in the end, I endured, passing the academy and was sworn in as a police officer.

My career as a police officer has been awesome. I have worked every assignment a police department can offer. Today, I am a police lieutenant and the SWAT Commander. I am a few shorts month away from earning a PhD. Up until two years ago, I was working as a paramedic for a fire department in Southern California. My career is a testament to what one can do if you are willing to work hard and take risks.

I feel my success is based on the fact I never lost sight of the simple fact that we are all here to help one another and make the world a better place by helping one person at a time.

Well, my best friend now lives in Idaho so if he arrived, we would start off my going to my favorite whiskey bar in Rancho Cucamonga so we can catch up, State Street. The next day, after recouping from our hang-overs, we would go to the City of El Monte and eat at a Mexican restaurant named Diana’s for some good old fashion menudo. Menudo is the breakfast of champions when you have a hang-over. Next, we would head down to Sunset Beach and chill. Sunset is chilled because there is only so much parking which makes the beach a little less crowded. For dinner, some sushi from one of the many places down in the beach area.

One of our days would be spent with him going on a police ride-along. He was a paramedic and would enjoy being back in the field and seeing how the world has not changed.

The next few days, to be honest, would be driving around to his old stomping grounds as he doesn’t get to California as much; however, before he left, we would drive to Las Vegas for some craps and beers. We did this all the time when he lived in California. 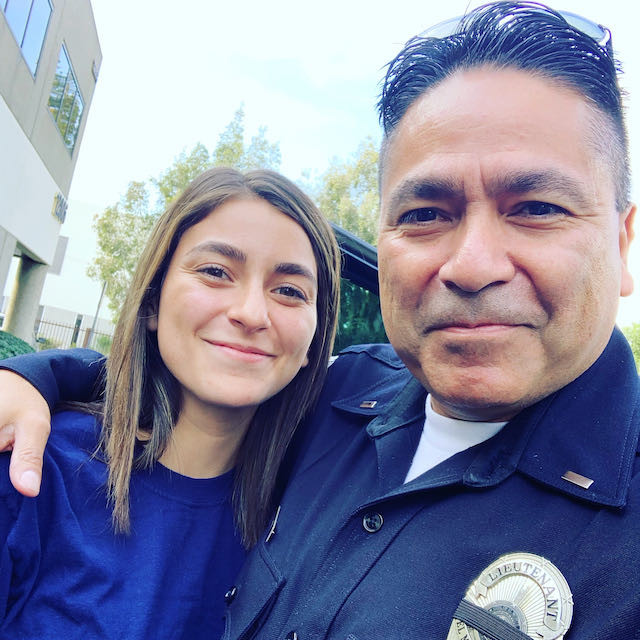 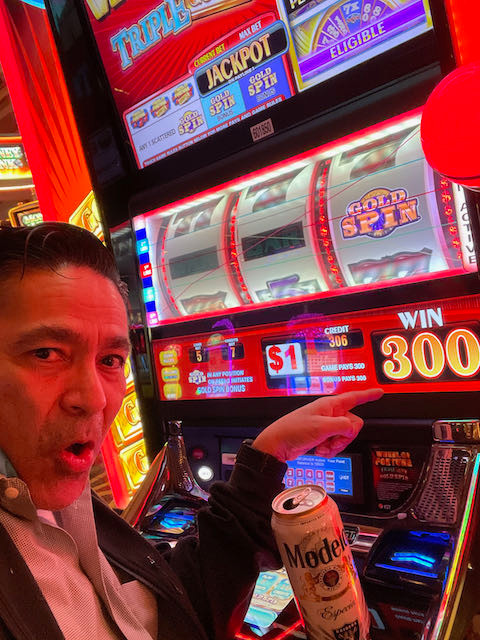 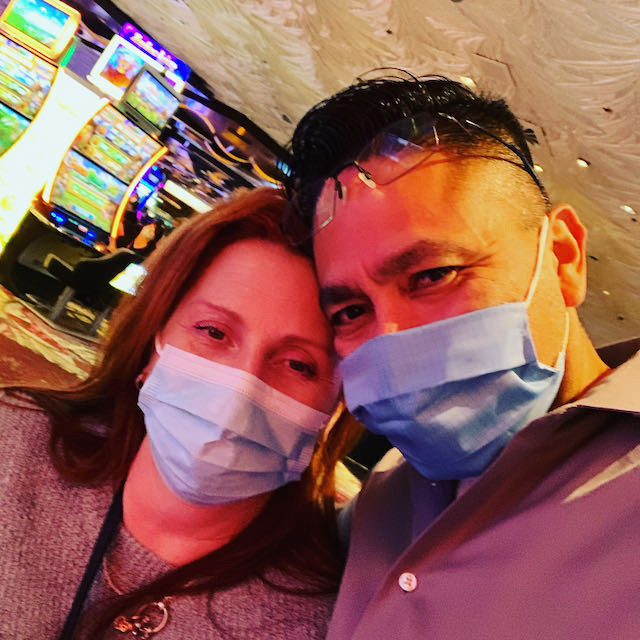 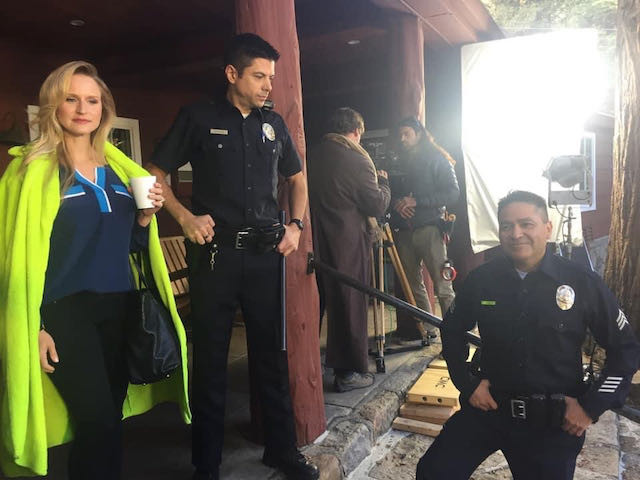 The first person I owe my success to is my mom. While my mom did make some mistakes when I was growing up, she always showed that she loved my brother and I. My mom taught me to dream and care for other people. She told me to never settle and to make my mark on the world. While she hates me being a police officer, she is the one who taught me to care.

The second person I owe my success to is my wife. My wife is the rock I lean on. She supports me in everything I do and never thinks my ideas are dumb. How many wives would say it was okay to start a Youtube channel where I game for hours on end? How many wives would support trying to be an actor at the age of 50? My wife, a success herself, continues to push me.

Last, my brother, who is deceased. While I was successful when he was alive, I never tried to make some dreams come true like being a writer and actor. After he died, I promised him I would never stop trying to make my dreams come true.