We had the good fortune of connecting with Danny Santos and we’ve shared our conversation below.

Hi Danny, we’d love to hear more about your end-goal, professionally.
Currently, I’m working full-time with my business Santos & The Crystal Visions. I’m a professional astrologer, spiritual life coach, tarot reader, sound healer, reiki practitioner, I’m hosting wellness events and retreats, and I’m studying plant medicine through an indigenous Peruvian tradition. The end goal for my career is to create a holistic center for healing that uses spirituality, psychology, plant medicine, and modern medicine to help heal the trauma of the world. Specifically, for members of the LGBTQIA+ community as well as victims of sexual assault and human trafficking. I’d also like to tour the world while performing my original music and have my songs placed in television and movies. I just released my first single, “Poppies for Edwin” on Spotify in February. 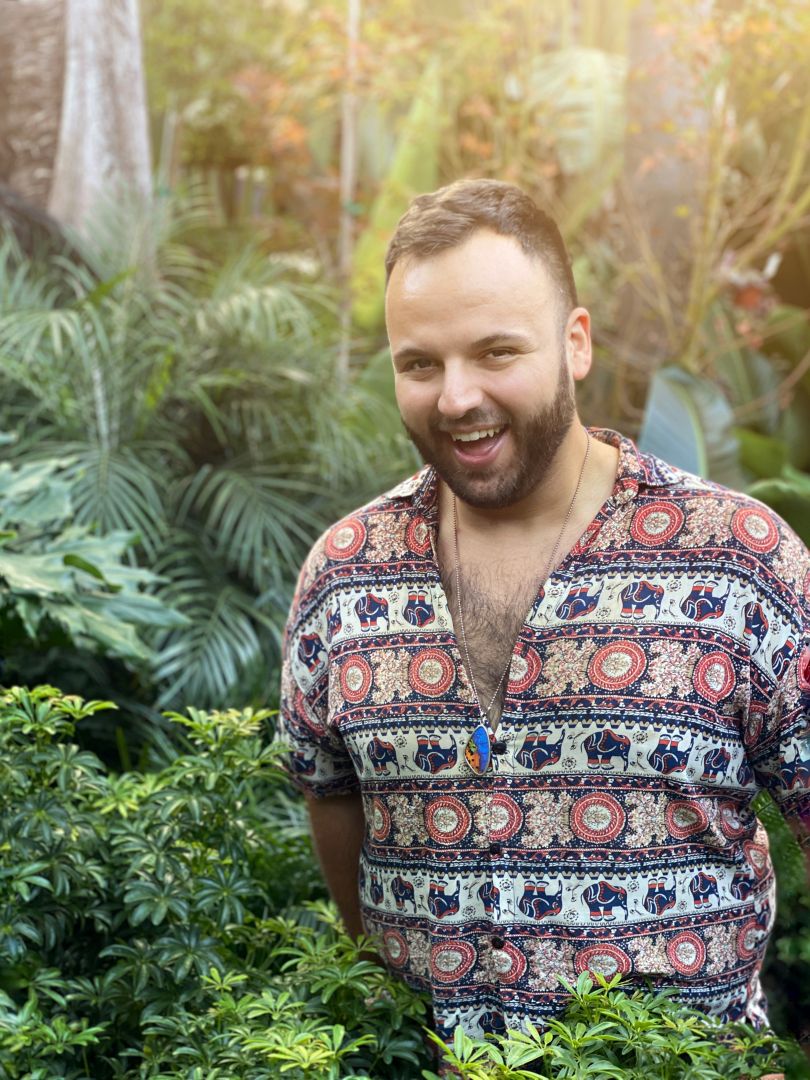 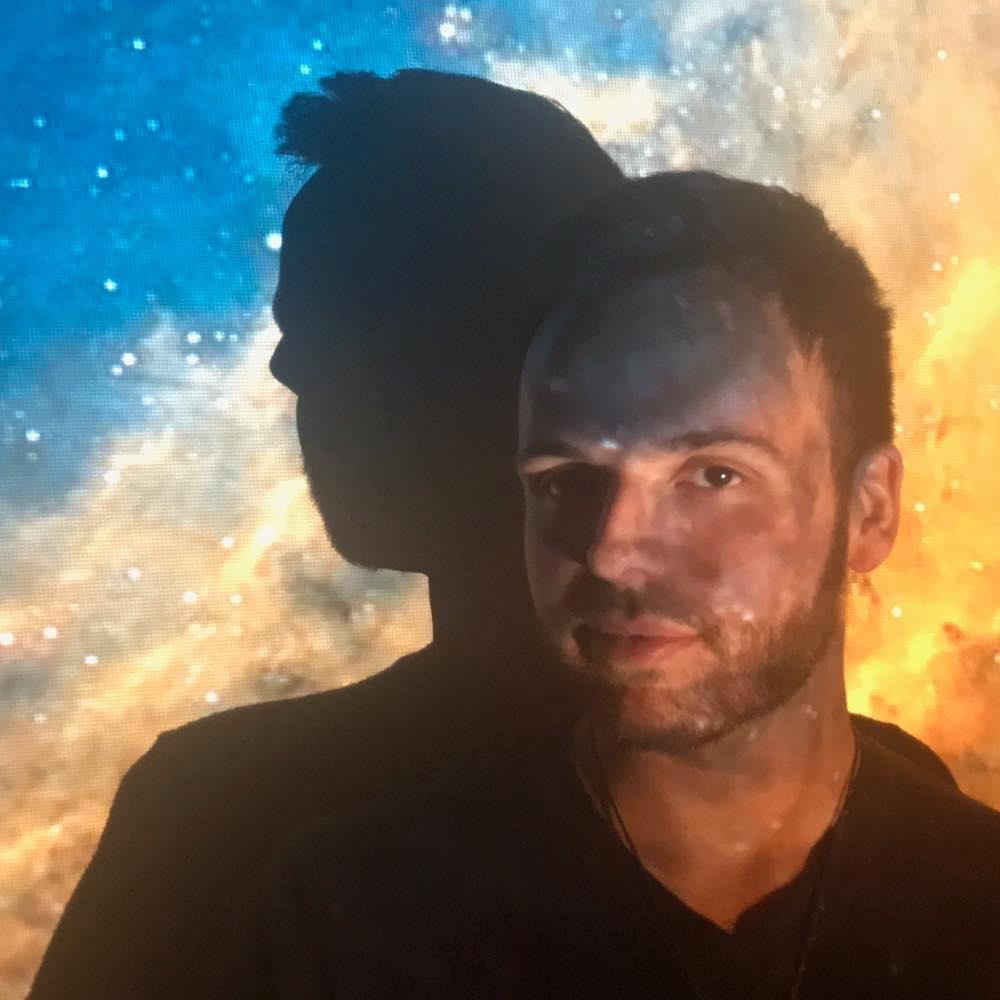 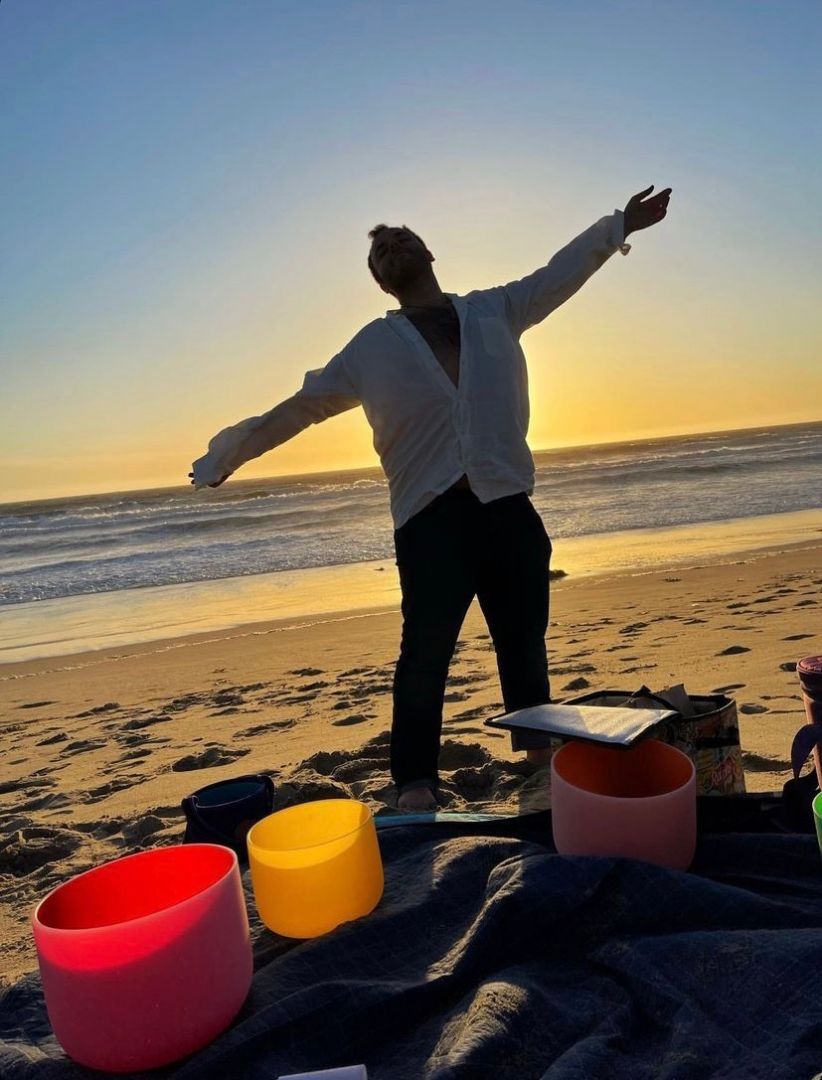 If you were to come stay with me for a week in my West Hollywood apartment [given that I wasn’t working], here’s what I would plan! Ideally you would come in the springtime so that the flowers would be blooming in the superbloom.
My most favorite place in Los Angeles is The USC Rose Garden. Right next door to it, The Natural History Museum currently has a butterfly exhibit filled with my favorite creature on earth: blue morpho butterflies! Anything involving nature and plants is going to be my go-to choice first and foremost. I’d love to walk you through USC’s campus as it is beautiful in the spring.
I used to live one block away from The Hollywood Forever Cemetery, so I would certainly love to show you around the gorgeous lake there filled with swans, ducks, fish, turtles, and of course the peacocks, and other beautiful animals running amongst the fields of graves. We would drop into the morning cemetery yoga class on Fairbanks Lawn, and then I would show you one of my favorite silent film star’s graves – Rudolph Valentino! The stained glass at his grave site is some of the most beautiful I’ve ever seen in the world.
For lunch, I’d take you to Govinda’s Vegan Buffet, located in Culver City at The International Society for Krishna Consciousness. From there, we would go down to Venice Beach to watch the rollerbladers and dance! For dinner, we would head over to Grand Central Market since they have all options from butcher meat and oysters to the most delicious falafel in LA. It’s a great place to take a group for varying diets and you’ll love the variety!
For another dinner option, I’d love to take you to my FAVORITE restaurant in Los Angeles – Hodori! It’s traditional Korean food with the most incredible menu and the zestiest kimchi I’ve ever eaten. I promise you, I eat there multiple times a month!
I’d also love to head up to the California Poppy Reserve for a day trip to see the California Poppies — one of my favorite plants and a big inspiration for my single “Poppies for Edwin.” I’d also love to do a hike in Griffith Park and head over to The Griffith Observatory to show you the best view Los Angeles has to offer.
If you’re up for a good workout, I’d love to take you over to Yumi Lee’s CrossFit Gym, The Reebok LAB. I’ve made some of my closest and dearest friends in LA there, and as someone who dreams of creating my own center for healing one day, I’d love to follow the example Yumi has set up over there.
I’d also love to take you to one of my favorite spaces – The Descanso Gardens! They have a huge variety of different plant gardens, including a rose garden, a Japanese Garden, and so many beautiful trees. But no trip to LA would be complete without singing karaoke and playing Dance Dance Revolution at Round1 Arcade, Karaoke, and Bowling Alley in Burbank!
Some other wonderful places to eat would include India’s Restaurant in Los Feliz, Queen of Sheeba Ethiopian in Inglewood, and Coni Seafood in Inglewood. While in Inglewood, a must-stop location would be Motherland Music for their variety of African drums and other wordly percussive instruments! 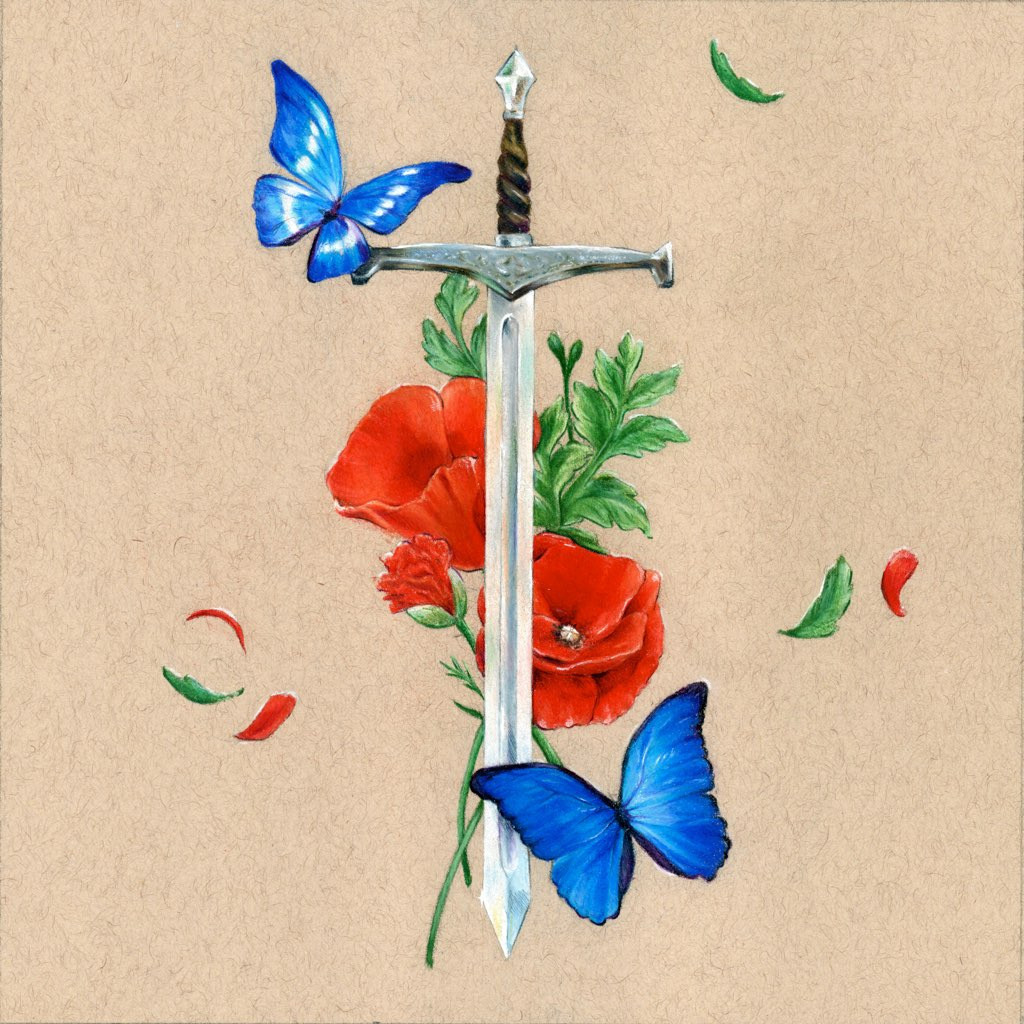 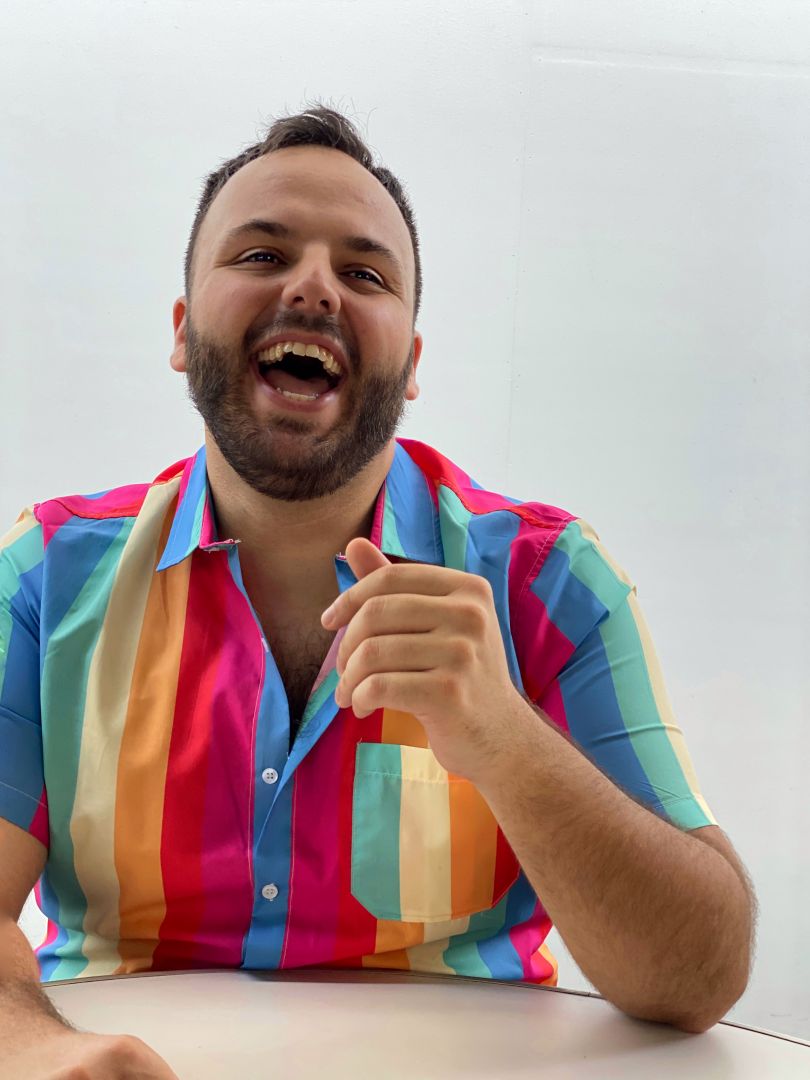 I’d like to dedicate my shoutout to my mentor Dr. Stephanie Hunter-Jones! Dr. Stephanie has stood by me through so many of life’s challenges and her mentorship and friendship has been one of the greatest blessings on my life. Dr. Stephanie is a Clinical Sexologist, Intimacy Advisor, Intuitive Healer, Artist, and Professional Writer. She has her PhD in Human Sexuality, a Masters in Clinical Psychology, is a Certified Sex Coach, and is a Certified Anger Management Specialist. I love you Dr. Stephanie! Thank you for always believing in me, it means the world to me. 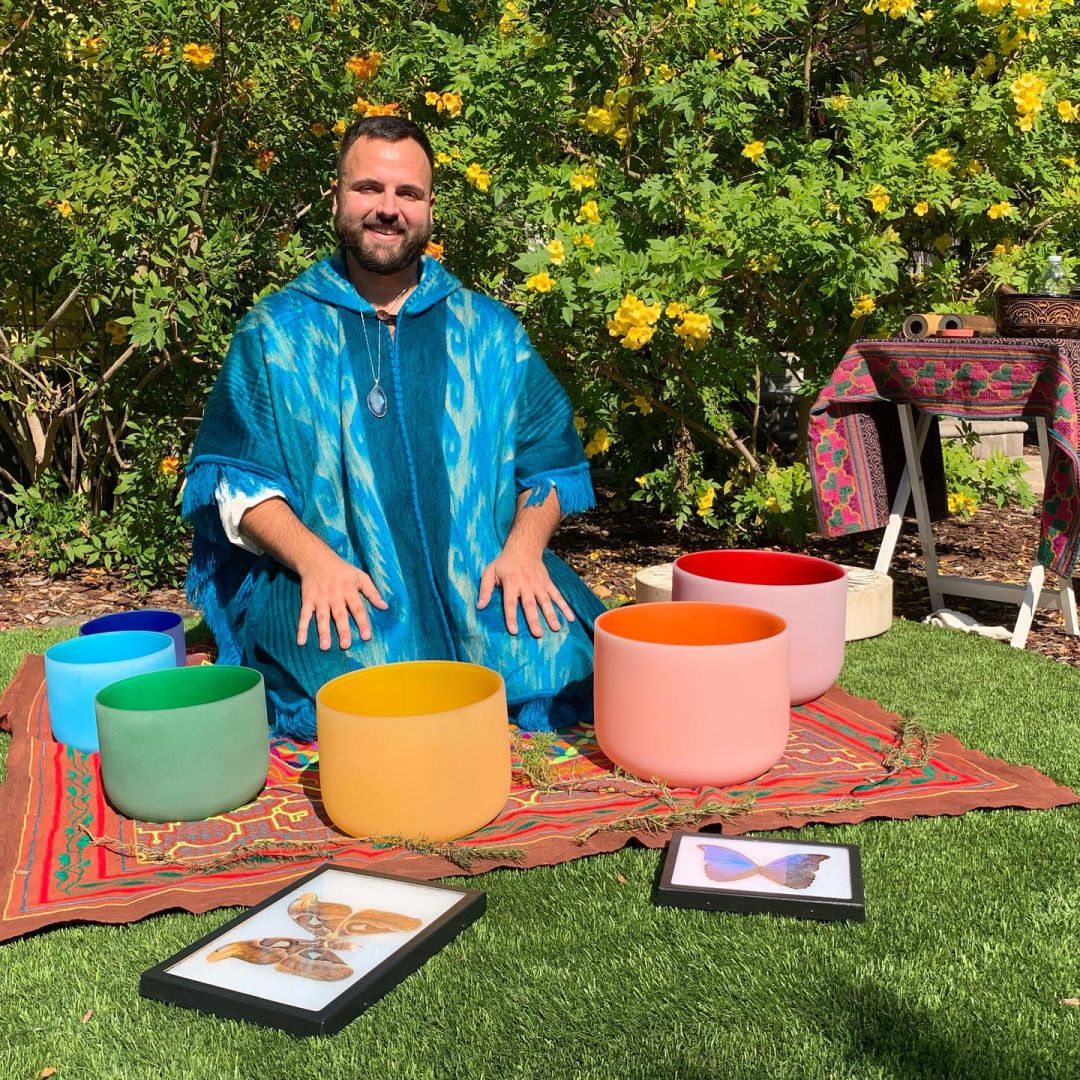