We had the good fortune of connecting with Daryl Richardson and we’ve shared our conversation below.

Hi Daryl, we’d love to hear more about how you thought about starting your own business?
The catalyst behind my thought process in starting my business was targeting the Youth in my community, who I saw had no outlet for creativity during their summer vacation. It was disheartening seeing kids just hanging around, and not tapping into their innate talents, gifts, abilities, and most importantly their aspirations. I was fourteen years old, at Junior High School 72, when a guidance counselor by the name of Mrs. Alaway asked me; “what I wanted to do with my life?” I immediately blurted out; “I want to be a professional dancer on Broadway.” She asked me to follow her into her office and handed me an application for the High School of Performing Arts. She told me to take this home to my parents for them to fill out and bring it back to school the following day. Long story, short, I inevitably got accepted into the High School of Performing Arts. Graduated, and went on to have a very extensive career in the entertainment industry by way of Broadway, Television, and Film. After forty years in the industry, it was my very experience at fourteen, which is the impetus that I use to mentor, motivate, and encourage every young person that crosses my path. I tell my story to let them know that it’s never too early to start thinking about their future and speaking it into existence. Our words have power, and at fourteen, the reality of that began to manifest! 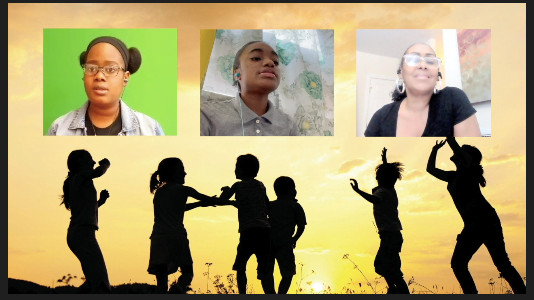 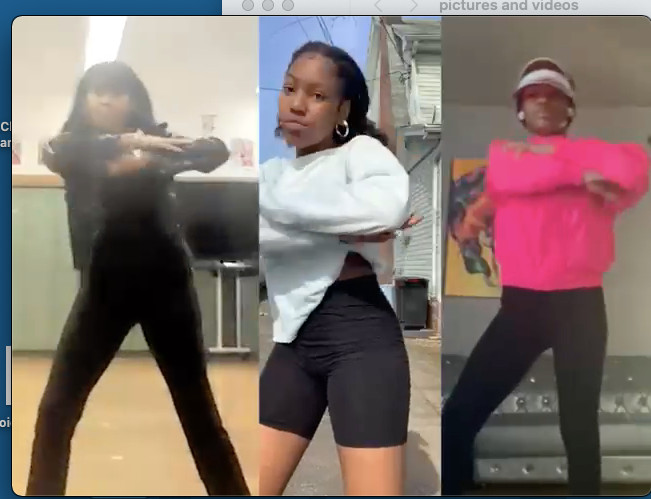 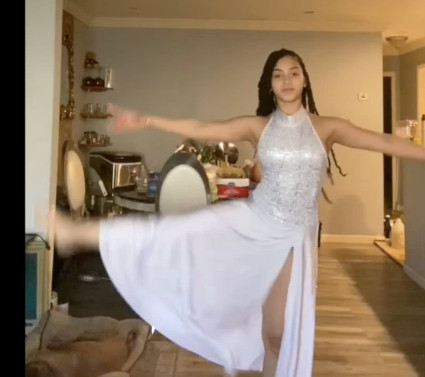 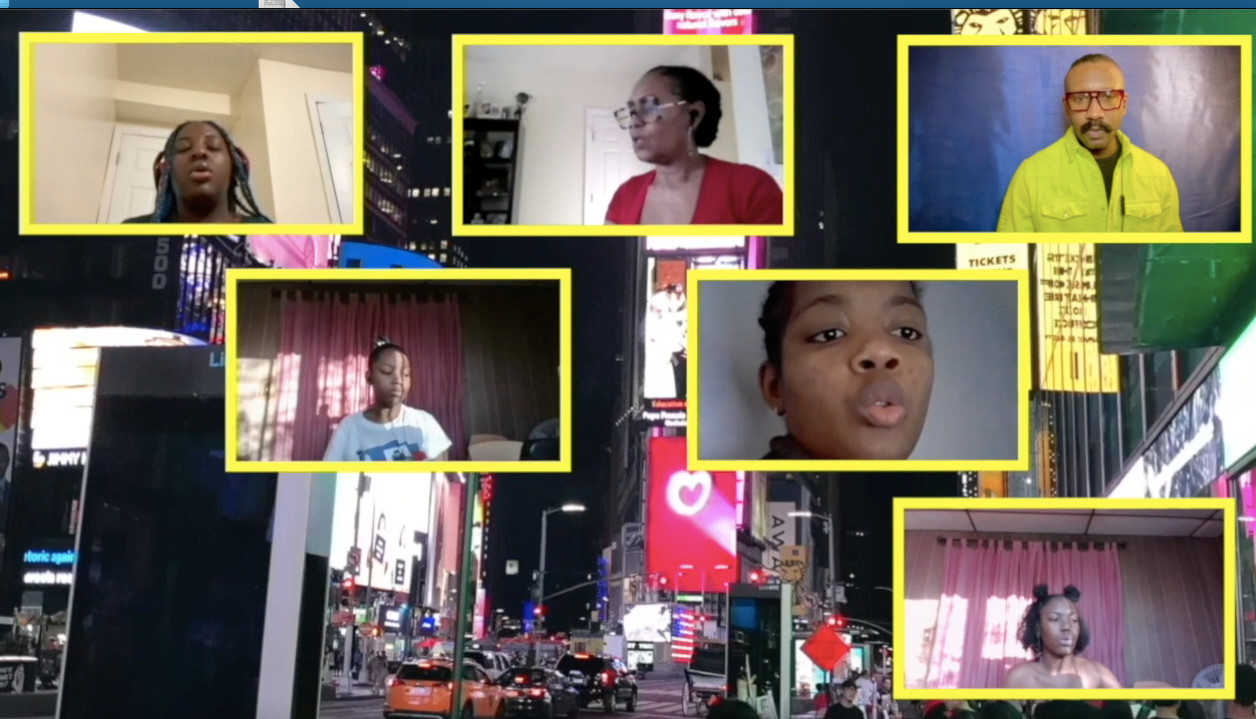 Alright, so let’s move onto what keeps you busy professionally?
What sets me apart from others is my passion for the youth and helping them discover The “Me” in themselves that Nobody Knows: their innate talent, gifts, abilities, and aspirations. I have worked hard for where I am today, and my gifts continue to make room and evolve, so I am reinventing myself seasonally. This is my aesthetic for teaching, mentoring, and being.

My motto is, “If you can believe it, you can achieve it if you can see it, then you can be it, and if you dare to say it, you will inevitably display it. Once I graduated from the High School of Performing Arts, I pursued a professional career in the entertainment industry. My first Equity job was Guys & Dolls at the Ft Lauderdale Playhouse with Debbie Allen. My first Screen Actors Guild job was The Wiz Movie. I did the Emerald City scenes in the film, and this movie was the catalyst for dancers to have Principal Contracts before we moved forward in filming. This stance made by all of the one hundred dancers on the set was life-changing in the dance world. Principal Contracts and salaries were put in place that day!

My professional life-changing moment for me was the audition process for “The Wiz Movie.” I arrived at the St. George Hotel in Brooklyn in 1977, and there were hundreds of dancers. I signed in and received a number to pin to my leotard. I was # 378. We were divided into groups of 50 to learn the dance routine before auditioning. As I was waiting, I was warming up and stretching. I began to look around and see all of the beautiful, talented dancers in the room and began to get a little intimidated. Finally, my number was called, and my group was ushered into the room where Louis Johnson and his team were sitting up front. I went to the back of the room to audition. I did the combination and nailed it. The next thing I hear is, “Thank you.” The entire group was cut. I was devastated, and I left out of that room assured that he did NOT see me. I immediately went into the dressing room and changed leotards and my hair. I had my hair in a low dancer bun, and I changed it to a bun on top of my head. I went to get another number, and I waited for the next group, numbered at 700, to be called into the room. This time, I went to the front of the room, did the combination, and heard Louis Johnson say, “you stay, you stay, and the rest of you thank you.” I was asked to stay and eventually got hired.

What is the moral of this story? Never, ever compare yourself to anyone else. Doing that will only diminish your self-esteem, and that’s what happened to me when I began to look at my competition and went to the back of the room to audition. However, immediately my self-esteem sky-rocketed when I realized that he did not see me. At that moment, I mustered up the courage to get another number and go back into the front of that room to audition again. From that moment on, whenever I entered a room, I always go to the front of the room.

What I failed to remember when I was comparing myself to others was that I was also as beautiful and talented as the girls in the room. I have told this story 1000 times over to young people who have crossed my path because it is important to grasp self-esteem and confidence. “No one else can be you better than you can.”

I am a Native New Yorker, and my credits as a dancer are Guys & Dolls, The Wiz, Sophisticated Ladies, Can-Can and Anything Goes. I have appeared on the Academy Awards, The Tony Awards, The Emmy Awards, The Essence Awards, The Soul Train Awards, and The MTV Awards with Prince. In addition, I have appeared in numerous films, commercials, and videos, and one, in particular, was The Whip appeal Video with babyface and renowned choreographer Keith Young. This opportunity went from a video to touring the US and Japan and television appearances on the Arsenio Hall Show back in the day.

My film credits are; “What’s Love Got To Do With It,” “Junior,” “Hoodlum,” “The Mask,” and Monster Mash. My Choreography credits include; Bishop TD Jakes Stage Play; “Woman Thou Art Loosed” which Tyler Perry directed. In addition, I was the assistant to the late Gregg Burge for Michael Jackson’s BAD Video.

I have self-authored two books on Amazon entitled “Poems By The Spirit” and “Mentoring The Me Nobody Knows.”
In addition, I have written a musical entitled “The Creation in Animation in English and Swahili. Why Swahili? I have been to Nairobi, Kenya, where I met the most talented young people I have encountered in my teaching career. They inspired me to make my script into an animation. I have a trailer in both languages on Youtube.

Let’s say your best friend was visiting the area and you wanted to show them the best time ever. Where would you take them? Give us a little itinerary – say it was a week long trip, where would you eat, drink, visit, hang out, etc.
Day 1 First stop Long Beach, lunch on the beach.
A massage at Spa Envy in Garden City.
Dinner at Carmines Midtown to follow by a Broadway show.

Day 7
Christian Cultural Center in Brooklyn
Brunch at Bass Adler in Williamsburg, Brooklyn, can be it, and if they dare to say it, they will inevitably display it. 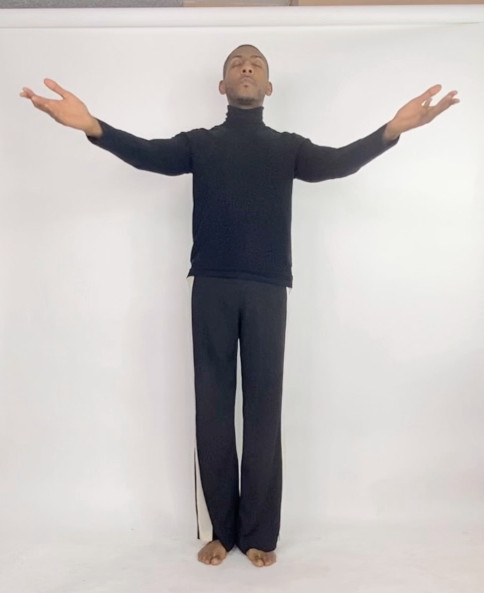 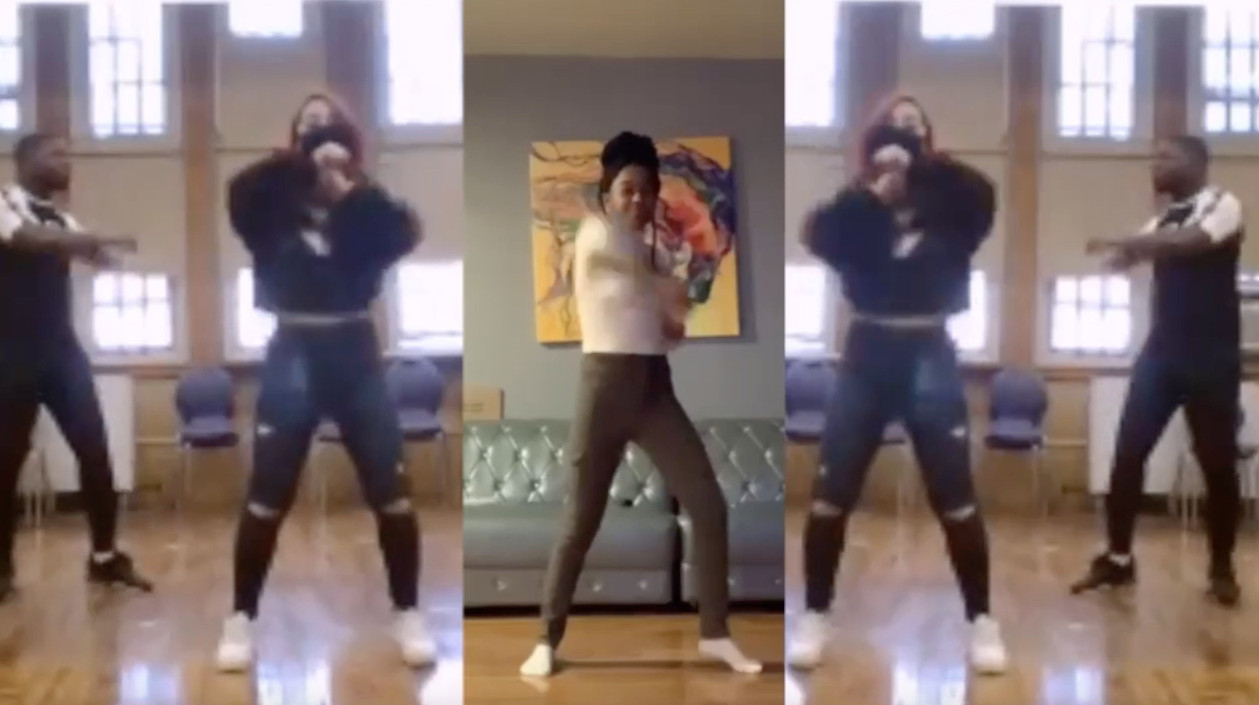 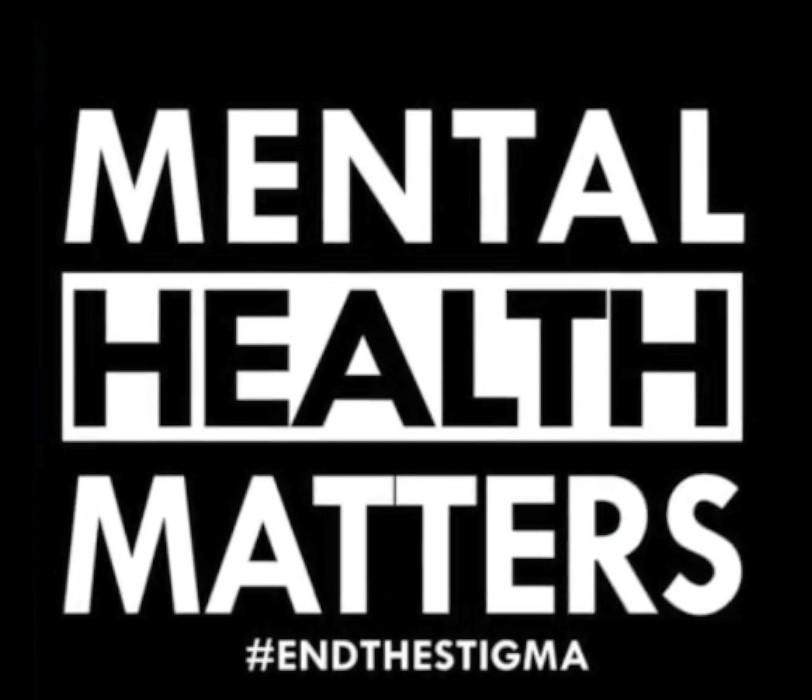 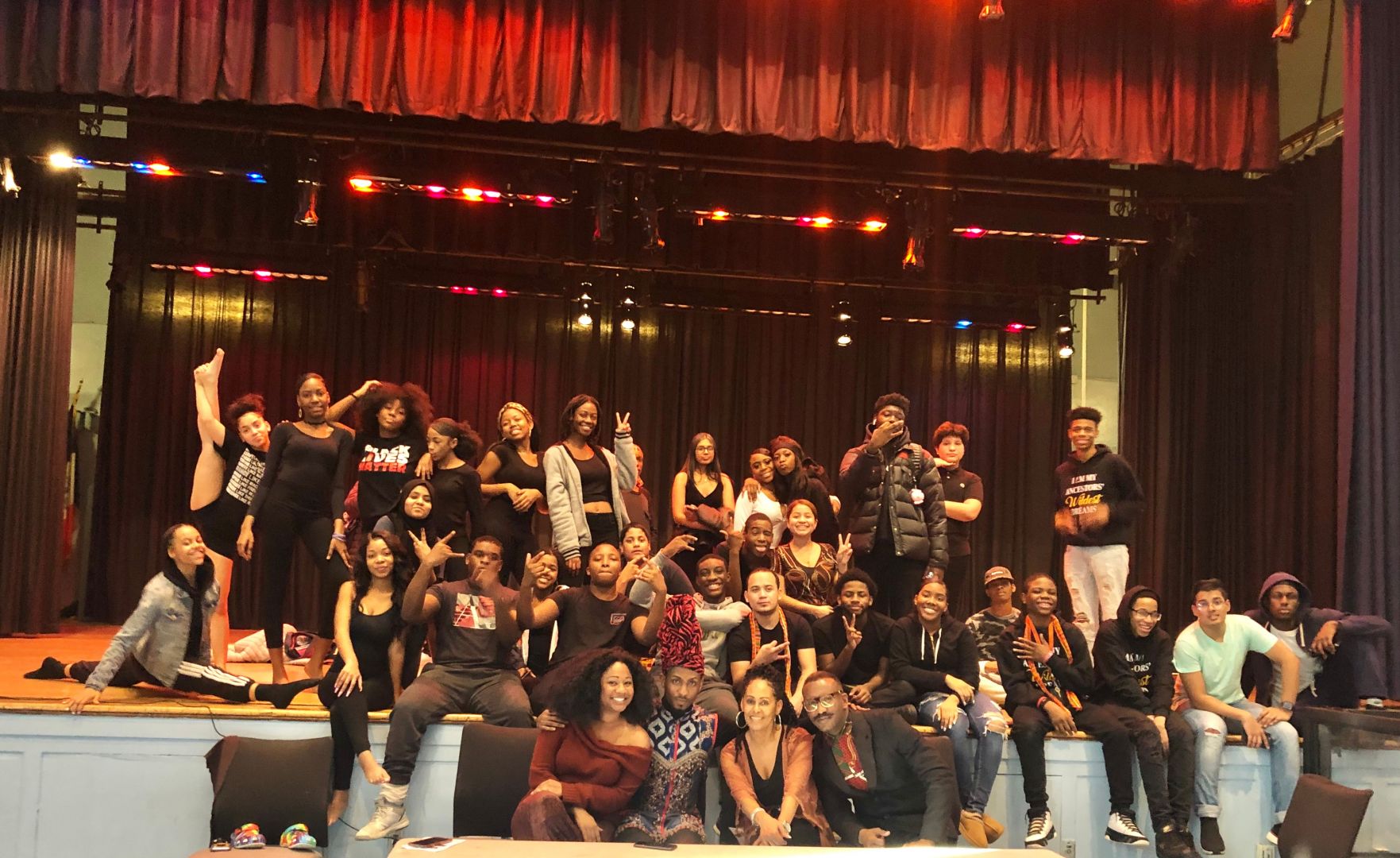 The Shoutout series is all about recognizing that our success and where we are in life is at least somewhat thanks to the efforts, support, mentorship, love and encouragement of others. So is there someone that you want to dedicate your shoutout to?
I have numerous shout-out’s and I will begin with my parents; Fred and Lee Richardson. They’re no longer among us in the land of the living, but they are perpetually in my heart. My Mom took me to dance classes at Gloria Jackson Dance Studio when I was three years old, and continually supported me in my pursuit of becoming a professional dancer.

Gloria Jackson, affectionately known as Ms. Gloria, would be next on the list. Her dance studio was located in Jamaica Queens, and she created a platform and an atmosphere for a three-year-old toddler to eventually learn different genres of dance, and grow to love and appreciate the art of dance. (Ballet, Modern, Jazz, African Dance, and Tap)

Bruce Heath, who was a teacher at Gloria Jackson’s Dance studio, will be next on the list. He taught me my dance at fourteen years of age to audition for the High School of Performing Arts. Many years later when I was in my twenties, Bruce would play a significant role in hiring me to be a dancer in the Las Vegas Company of Sophisticated Ladies.

As I fast forward to today, Principal Allika Thompson Young of Mathematics, Science, Research, and Technology High School deserves a shout out for implementing the Arts into the curriculum and making a STEM school now a STEAM school, and welcoming my gifts, talent, and trust, to be the Director of The Performing Arts Department at the school.