We had the good fortune of connecting with Devin Callen and we’ve shared our conversation below. 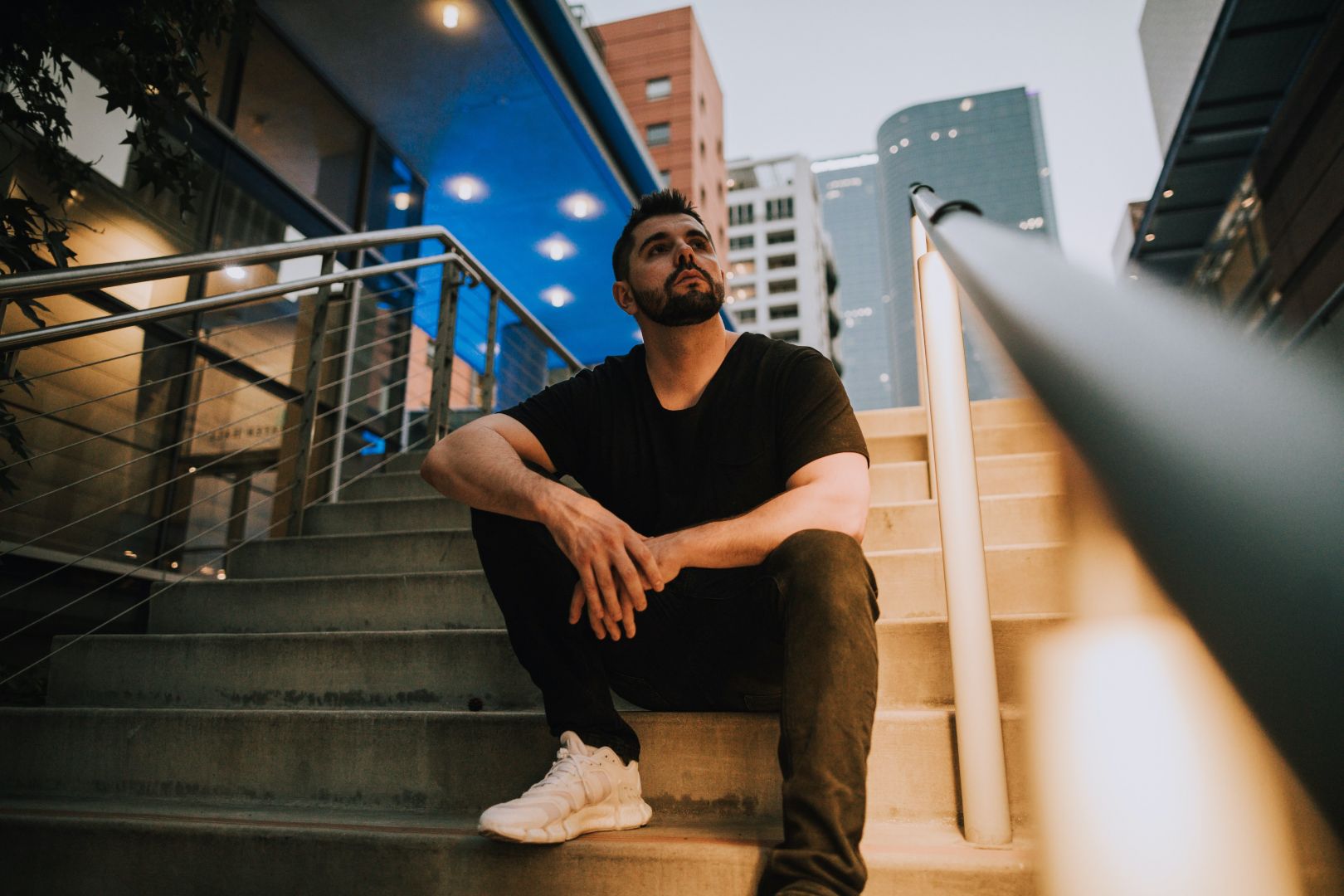 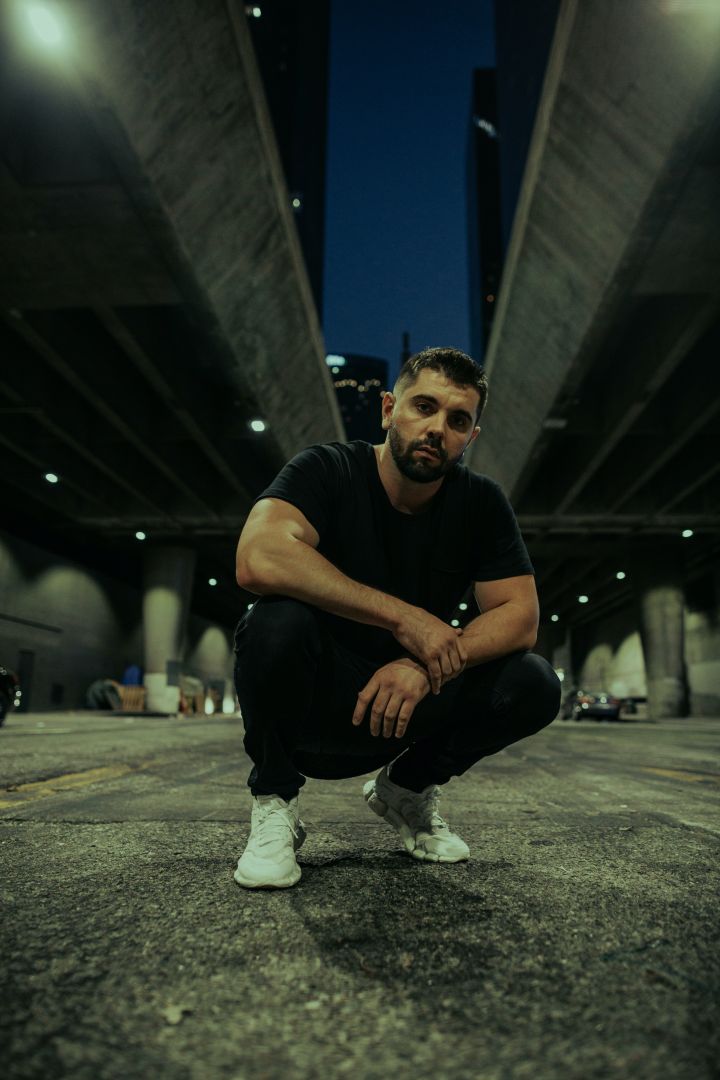 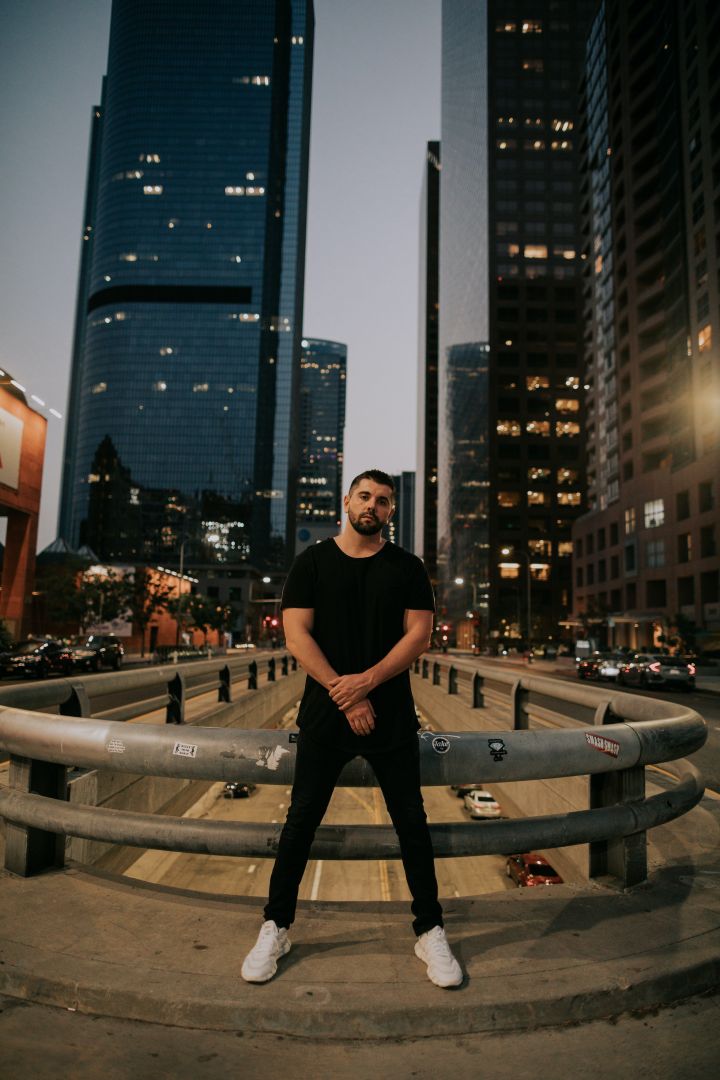 Can you open up a bit about your work and career? We’re big fans and we’d love for our community to learn more about your work.
I am a DJ/Music Producer based out of Burbank. If I had to describe the music I make, I would say its a blend of Dubstep, Trap, and Hip Hop. A hybrid of all three of those really. I grew up listening to Rap, so I naturally love anything with 808’s and obnoxious bass (haha)… However, when I was introduced to electronic music.. I discovered trap which could be described as a combination of both worlds. I would say my work ethic sets me apart from a lot of people, and I mean that in the nicest way possible. As I said earlier, I have taken numerous risks in my career up to this point, and I think that has allowed me to not be afraid of anything anymore. I used to get nervous about failing, now I embrace it. Sometimes taking 2 steps back allows you to take 3 steps forward. Failure is all a part of the journey and it shouldn’t be something that intimidates us. Having confidence in myself and telling myself every day I will succeed, because I know I will. My journey of moving back and forth between LA in order to attend these schools will be lesson of a lifetime that I will never forget. The fact that I was able to set a goal that big and accomplish it pretty much gave me the affirmation I needed that I can literally do anything I set my mind to. I genuinely think that whole experience sets me a part from a lot of others in the game because I know what hard work feels like. Ive developed thick skin, and whenever I get knocked down, I get right back up. Things that have helped me become less stressed over the years would be working out every day, going on runs, hiking, playing video games, etc. It’s ok to have days where you do absolutely nothing, and it took me a long time to realize that. We are human, and deserve to relax every now and then. I got into this for the love of music, and making really weird noises haha. So, anytime Im ever feeling like I suck, I just gotta remind myself to have fun and not take things so seriously all the time. The things I am most proud of so far in my career this year, would have to be Excision downloading my song “Evocation,” which had me freaking for several days. That dude is my idol, so when that happened I felt like I was dreaming. Also, winning this remix competition via Buygore, and landing myself a spot on the official remix EP. Things like this gave me affirmation that I can actually do this as a career one day and really make a name for myself. I also have a ton of tracks in the works that will be coming out over the next several months in 2021. A ton of collaborations and solo songs on the way that I couldn’t be more excited to share with y’all! A little about the brand. CALLEN is the soul inside you that has been too shy to come forward until now. The inner voice inside of you who knows you better than anyone else, but you continue to push aside for fear of failure. The genuine side of you waiting to pour itself out for the world to see, but has shied itself away from its true potential because they are afraid of what others may think. CALLEN is the evocation of deep passion and happiness. A determined individual invoking a higher power within themselves to accomplish anything they set their minds to. 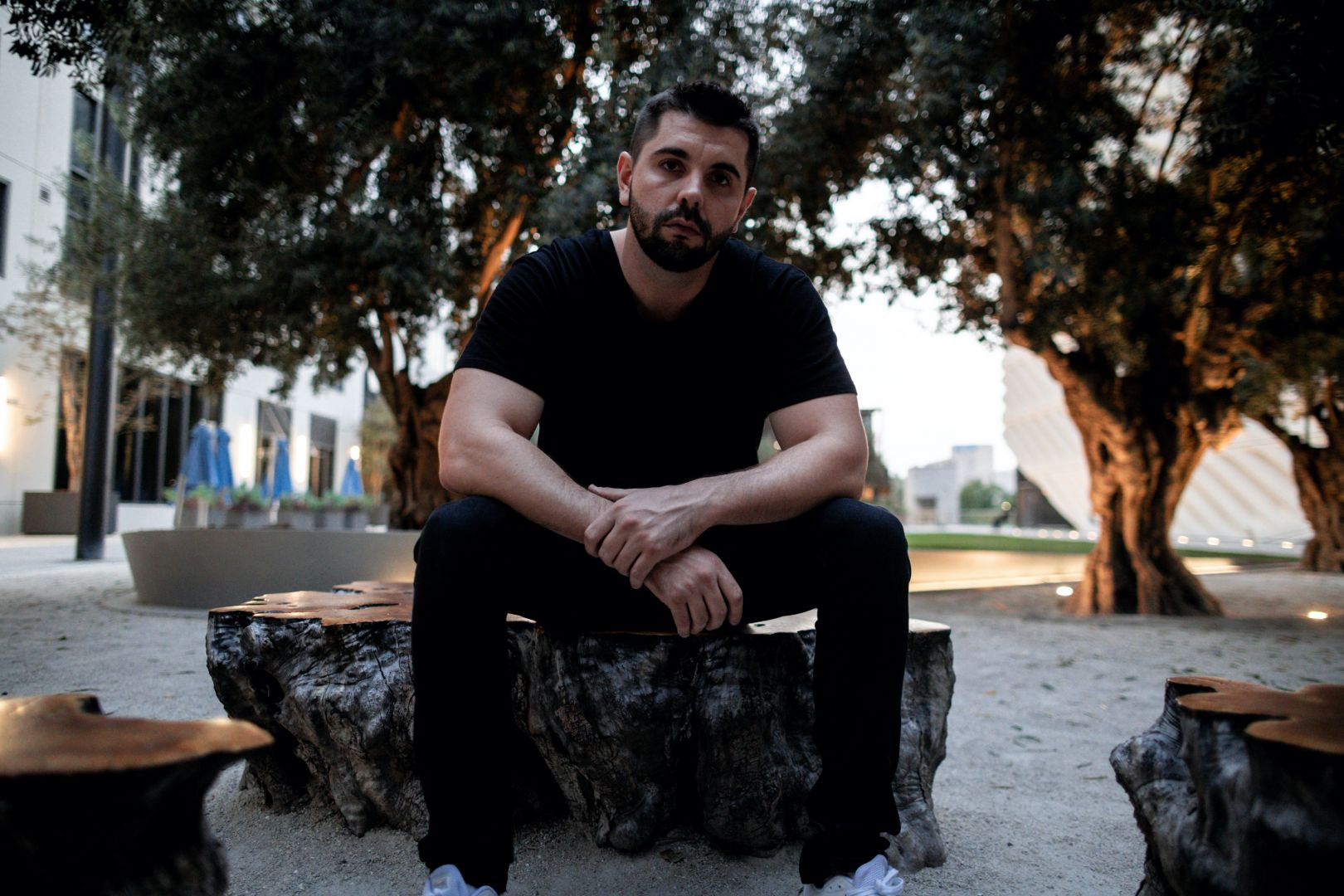 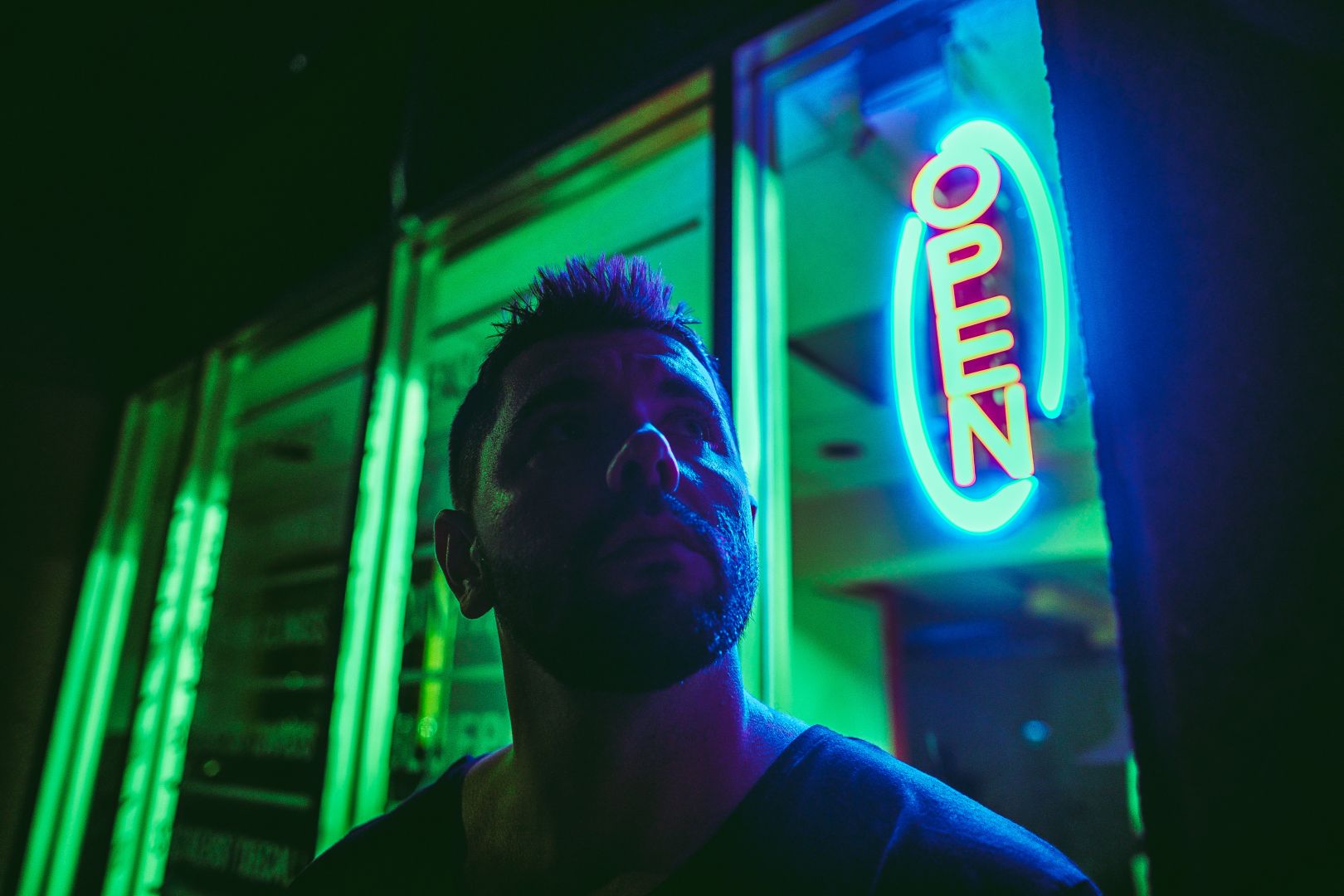 Let’s say your best friend was visiting the area and you wanted to show them the best time ever. Where would you take them? Give us a little itinerary – say it was a week long trip, where would you eat, drink, visit, hang out, etc.
Hmm.. that’s a good question. Los Angeles is so diverse. There are countless things to do here, I guess it just depends on the person. I would say if we were trying to party on a Friday or Saturday night, Id take them to Academy which is one of the best night clubs in Hollywood. That place gets wild! Some of the biggest names in dance music perform there every weekend. Definitely one of my favorites! I would say if we were looking for great food, there are numerous places here in the Valley (North Hollywood and Downtown Burbank area) that have AMAZING food. Downtown Los Angeles also has plenty of hidden gems if you know where to go. I tend to take my friends and family who haven’t been here too many times to places near Santa Monica which is about 20-30 min away from where I live without traffic. Third Street Promenade has tons of shopping, food, movie theaters, etc. It’s also walking distance to the beach/pier which is always a great time! So I would definitely spend a day or two in those areas! I truly enjoy being outside, and there are tons of beautiful trails to go hike if you know where to go. I would definitely spend another day doing something along those lines! Wisdom tree is a really cool spot to go that over looks all of LA and the Valley so id probably take them there, or maybe visit some areas in Malibu such as Escondido Falls which takes you to an insane waterfall. The possibilities are endless here, so it really just depends who is visiting! 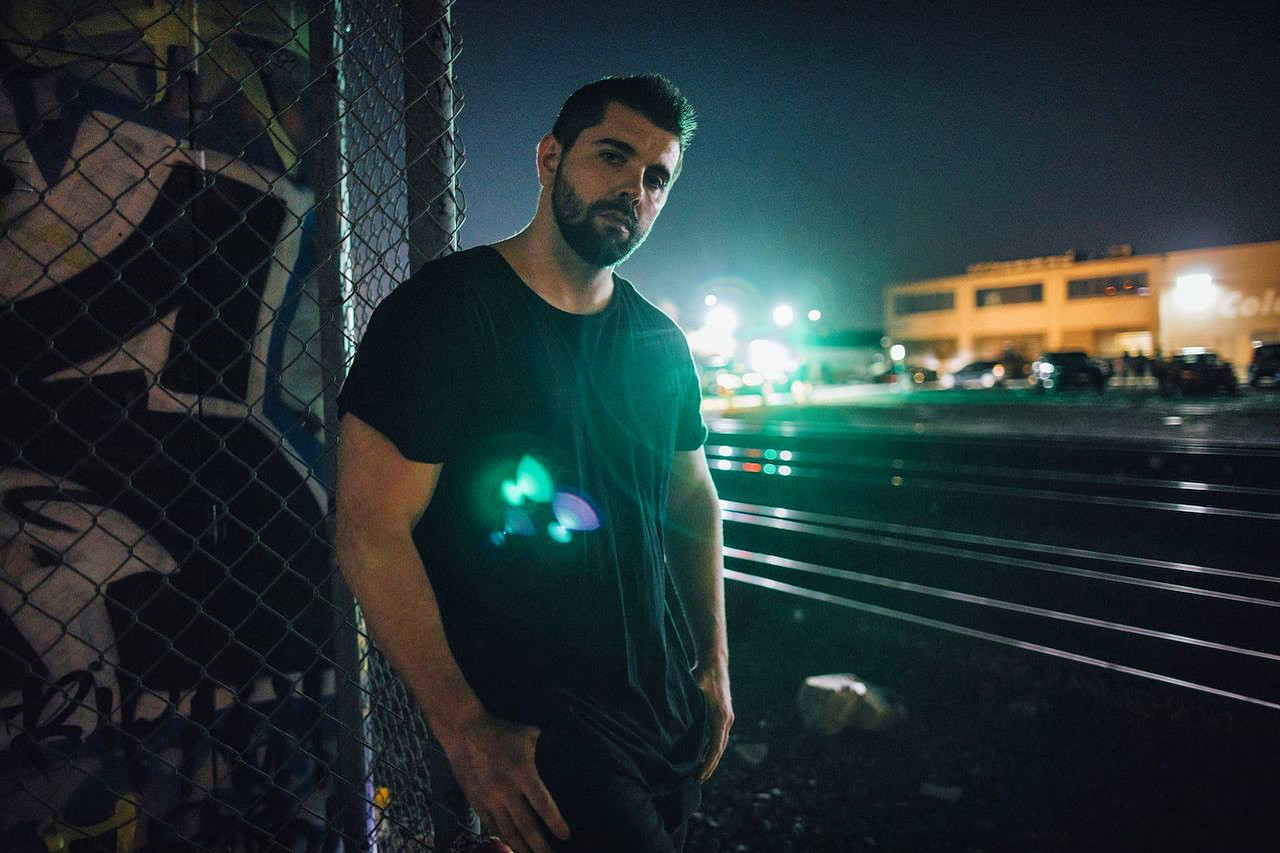 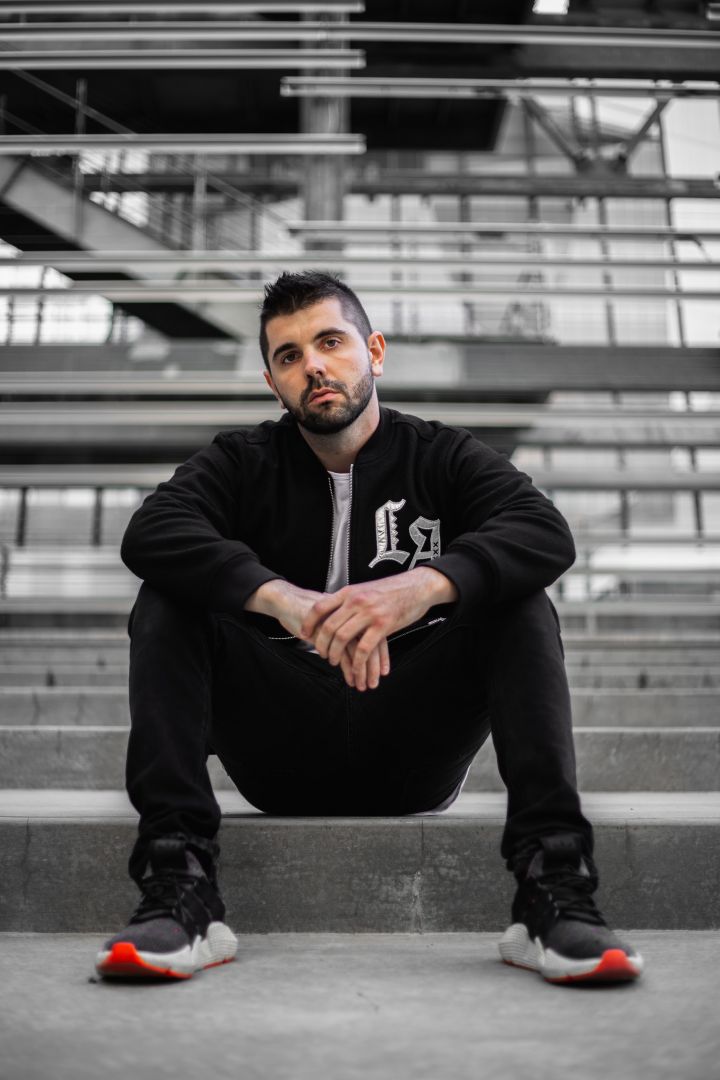 Who else deserves some credit and recognition?
Oh man, where do I begin? There are so many incredible individuals I have met along this journey who have helped shaped me into the person I am today. Without these people, I wouldn’t be in the position I am in now making the music I love. I hope I don’t leave anyone out, as I have quite a few shout outs!! First and foremost, I want to thank my mom and dad. I can’t say enough about them. I don’t think anyone realizes just how big of an impact they have had on my life. They have believed in me from day one, and continue to support me through thick and thin. They taught me what hard work is, and nothing in life is handed to you. hey are the backbone for everything CALLEN stands for. Without them, none of this would be possible. I have the best family in the world! My beautiful girlfriend Charlene Milla. This woman is my world. Without her, Id be lost. She has been there from the very beginning, when I would play shows and nobody showed up except her. She was there when I hit rock bottom, and always finds a way to make me smile even on my worst days. She works harder than any person I know, and always has my back though the good times and the bad. I am forever grateful to have her in my life and love her more than life itself! I want to give a major shout out to the staff both at Icon Collective College of Music, as well as Scratch DJ Academy. To name a few people from Scratch… DJ Revolution, Mr. Choc, Hapa.. Without y’all, I wouldn’t know a damn thing about DJ culture. These guys are legends, and are the ones who taught me everything about being a DJ. They helped me get some of my first club gigs. This brings me to my family over at Icon. I want to shout out Sean J, Vito Finamore, Mesta Bish, Chase Jackson, Brooke Ferguson, Jon Pegnato, Paul Laski, Aaron Perez, and so many others the list goes on and on. All these people played a crucial role in my musical journey prior to enrolling, during, and after. Whether it was mentoring/teaching, helping me find a place to live, or just being a close friend, ill always cherish these people! Without both these schools, I would be no-one! I want to take this time to also thank my managers James Gross, and Jonathan Kyte for taking a chance on me. These guys saw something in me that I didn’t know I had. They give me the confidence I need whenever I am feeling down, and work countless hours to bring the CALLEN project to life. All the behind the scenes work that a lot of people may not see, is 100% owed to these gentlemen. We lift each other up and push each other to continuously work harder every day. I know that anything is possible with a team around me, and these guys are not only my managers but lifelong friends. I owe them more than they will ever know.