We had the good fortune of connecting with Dr. Ariel Orama López (AG Orloz) and we’ve shared our conversation below.

Hi AG ORLOZ, is there a quote or affirmation that’s meaningful to you?
One of the simple but clever quotes I found about a film appeared out of nowhere in a little black book that I acquired during my summer intensive seminar program of FIlm and Gender at NYU. The quote is as follows: “We (the film directors) are painting with light” (Rouben Mamoulian). From that moment, beyond the aesthetic and visual value that the seventh art entails, I understood the depth of shaping a parallel reality through the language of light. I am also referring to the metaphorical light that is inherent to the mission of transmitting meaningful experiences in films. From that moment on, I reaffirmed my desire to be an eternal seeker of the light. 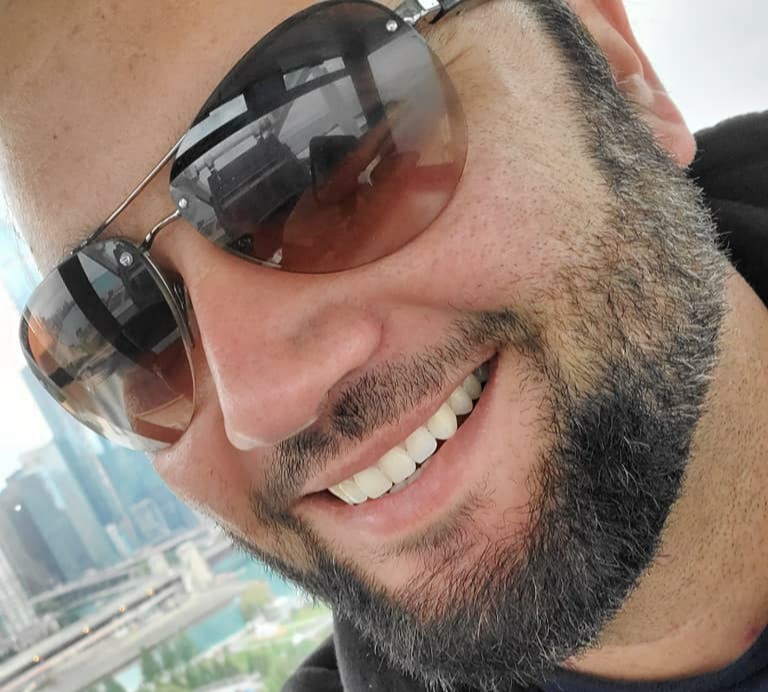 Let’s talk shop? Tell us more about your career, what can you share with our community?
The opportunity to become eligible for the Oscars 2020 was one of the great achievements that definitely marked a before and after in my career as an independent filmmaker. Thanks to this, I was able to meet international composers, actors and creatives, who today participate in my new film projects. Working a combined role in my projects since 2009 – as director, screenwriter, producer and lead actor – is an incessant challenge: however, for this I have worked tirelessly, in such a way that I can find the interconnected points between each of those roles, from such that you can conceive the project as a whole, rather than as the sum of all its parts. First I finished my doctorate in clinical psychology and, later, I exposed myself to all the possible scenarios of the passionate world of Communications: Film and Multimedia was and still is my path. From there, I was finding my North through the process of mastering the art of independent filmmaking and today, after eleven years, I have obtained over 76 laurels and 26 international awards. Traveling through all the inhabited continents of the World, with my art, still is a wonderful and magical   experience.

If you had a friend visiting you, what are some of the local spots you’d want to take them around to?
When I have talked with my acting colleagues about my best spot to incubate ideas, I must definitively say the East of Puerto Rico. Although the best action spot for making casting is on the North (San Juan), the East of the “Shining Star of the Caribbean”, Puerto Rico have something special in terms of the connection between the Sea / Ocean and the Mother Nature in general. That is why Zac Efron visited us recently with his documentary series “Down to Earth With Zac Efron (2020)”. I think that every creator must have a space to evolve from the art and from the deliberate process of contemplation. In my case, the Eastern part of the island provides me with what is necessary to incubate ideas, in such a way that later I can carry them out in reality, without losing perspective on the other cardinal points and beautiful spots. Inspired by all this, I find myself working on a new film about the Island of Puerto Rico called “Y” that I hope to be able to share with my friends and colleagues in Los Angeles, as I already did with the multi-award winning projects ONE and 2ḦOOM [zu:m].

Who else deserves some credit and recognition?
In the process of discovering my role as an independent filmmaker, New York Film Academy in Los Angeles has been one of the pillars in my professional development. The opportunity to receive unique knowledge from distinguished professors from different countries and the possibility of carrying out cinematographic projects with colleagues from different parts of the World gave me a new perspective on film direction: creativity, innovation, global perspective and humanism are just some of the great lessons that I received in the distinguished film school and in my life, in general. Even in times of pandemic, I have chosen to continue creating, inspired by these two words that I understand still are marking the future of Communications: Film & Multimedia.

Precisely, when the pandemic arrived, my intuitive mind thought of two things: first, that the vaccine or the ‘antidote’ against Covid-19 could be related to the structure that gives the dreaded virus the shape of a ‘crown’.  I shared with my loved ones, with evidence, right at the beginning of this global situation. Second, that HIV/AIDS could be understood, in another way, after studies and future findings on the relatively new condition, and vice versa. The true stories inherent to Covid-19 undoubtedly bring to my mind vivid memories of my experience with HIV/AIDS patients as a clinical psychologist. Considering my formal education in Science and Arts, I decided to create a short film with electronic devices that linked such elements with the unimaginable power of water and the mysteries of quantum physics: a story that alluded to the “shield” -or “armour”- of the coronavirus (even on an emotional level, as a metaphor) as well as the stigma of HIV. Today we are one voice, without races: a new universe of masked beings. And that is how my short film 2ḦOOM [zoom] was born. For all these reasons, I reaffirmed that Film & Multimedia is my motor as a young multi-awarded filmmaker and will impact the rest of my cinematographic, educational and entertainment projects: always, with the evolving perspective of the World and the humanity as my ultimate goal.