We had the good fortune of connecting with Drew Allyn and we’ve shared our conversation below.

Hi Drew, is there a quote or affirmation that’s meaningful to you?
I recently came upon a quote from Augusta Savage when learning more about her work: “I have created nothing really beautiful, really lasting, but if I can inspire one of these youngsters to develop the talent I know they possess, then my monument will be in their work.”

I resonate with this quote not because I don’t believe my work can be valuable and good, but success for me is a matter of the heart. It’s an intimate thing. I don’t care about the amount of eyes on me, but the amount of people I made feel something. I would love an Oscar or an Emmy or whatever, but I care more about the people my work touches and the depth of what it spurs in them. I’ve been so inspired by the works of storytelling legends like Toni Morrison and Mamoru Hosoda that the urge to tell stories and make things that can compare to their masterpieces is now insatiable. And if I could be that deep seed, that catalyst to create, for anybody else like they were for me, I’d consider my work here a success.

In one hundred years, there might not be any articles about me or any accolades worth note, but if there is just one person who saw what I did and thought to themselves: “I can do that,” or “that made me feel something,” then I’d be happy with that being my legacy. 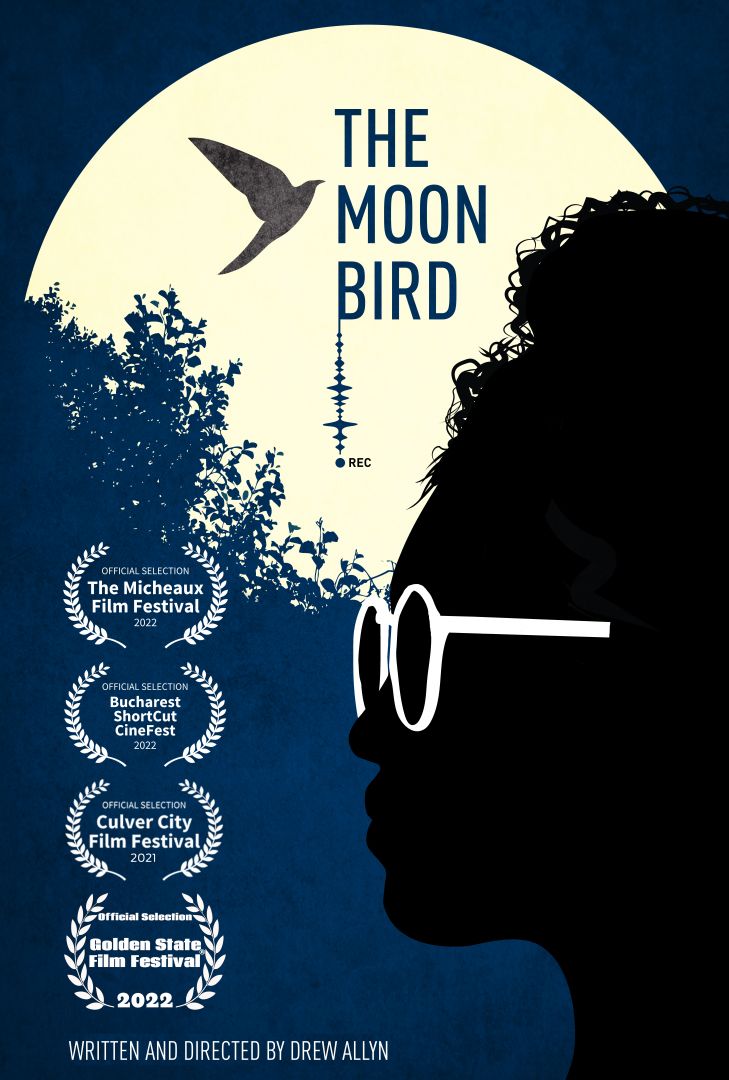 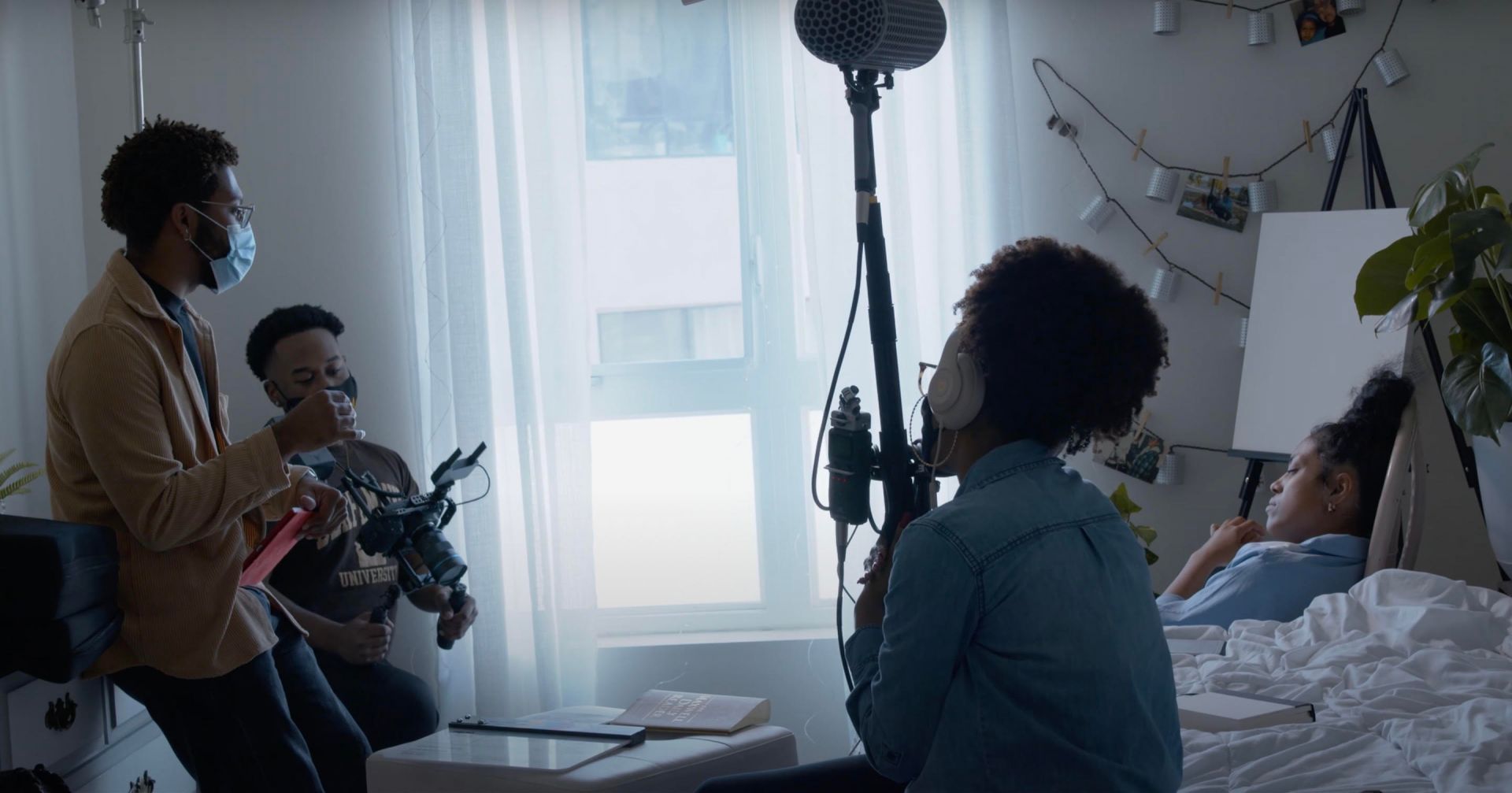 Alright, so let’s move onto what keeps you busy professionally?
I’ve always been a storyteller. In fact, one of my mom’s favorite stories about me from my childhood is how the only complaint a teacher had about me is that I would write too much. That was the fifth grade. Nothing has changed since then. I was infatuated with stories of all mediums — books, television, video games — anything with a story, I was drawn to. And not only that, I was a bit obsessive. I would spend hours writing in a notepad all of these characters and abilities and plot devices and names that I would never remember in a million years. But just the escape and the illusion of crafting your own worlds was something I’ve clung to since I was tiny.

In middle school, I started developing anxiety. I struggled to adjust to the new setting and isolated myself often. But I still escaped into worlds that I built. In the sixth grade, our English teach assigned us individuals journals where we would have to write book responses and check-ins. But there were also “free-write” days. I had the bright idea to use these free-write sections to chronicle the story of Black, teenage superheroes And not only that, I began to collaborate with two classmates of mine who would take my journal home, write a chapter of the story, and then give it back. That’s how I became best friends with the two people I call my brothers until this day. And at one point, the entire class had gotten a chance to write a section of the story, some even providing illustrations. That experience showed me the love I now have for collaboration and new perspectives, as well as how I didn’t always have to hide myself in my stories. Other people could love them too.

The nerd that I am, I continued to write throughout middle and high school, though it was mostly fanfiction of books and manga that nobody ever saw. But it was in college that my writing path found a new direction. I had no clue what I wanted to major in, but I knew that I definitely wanted to study creative writing. So I did, and loved it. It was the first time I had written short stories and even entered my Wattpad era (lol). But somewhere along the way of trying to figure out what to do with my life, I stumbled onto new medium a try: screenwriting.

I instantly fell in love with this new style and format. And in 2018, I finished my first ever script. It felt like I had completed something beautiful. I’ve been addicted to that feeling ever since, submitting to competitions and programs and feeling like I was finally in the right lane. Even though the failures came more often than the successes, they didn’t hurt. And now that I’ve racked up a couple festival accolades with my short film “The Moon Bird,” snagged a manager, and have been offered guidance from a mentor, I feel as if my real journey is just now beginning. 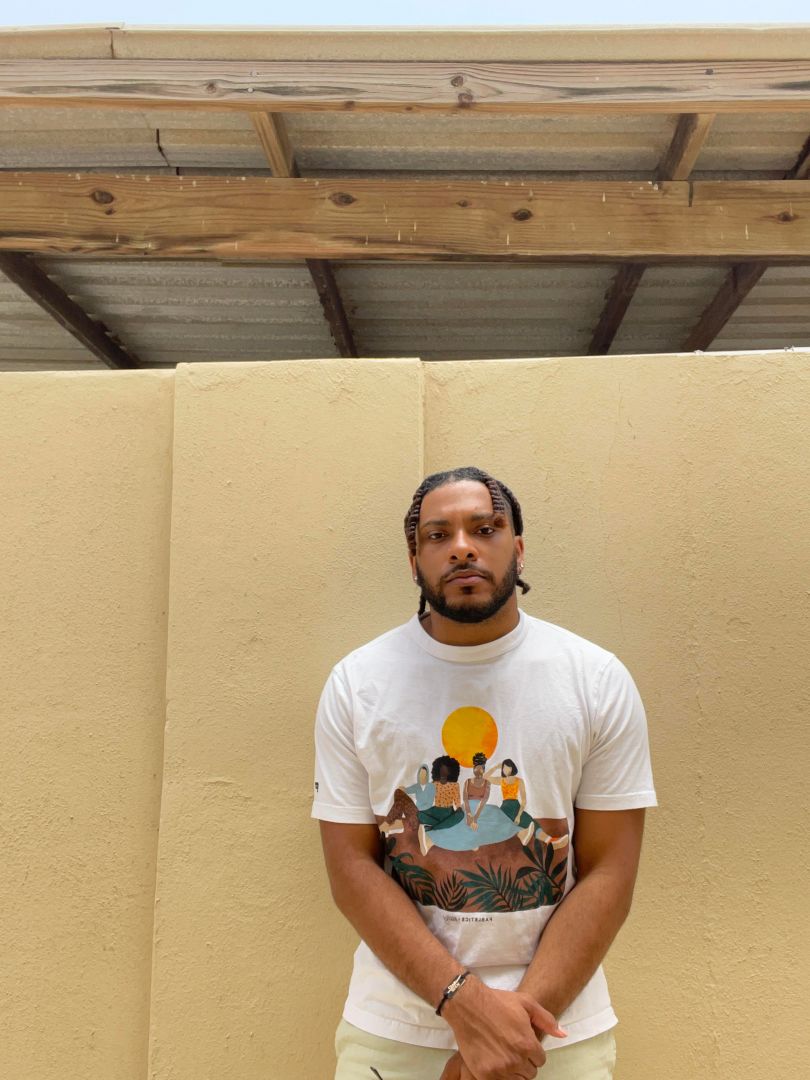 Any places to eat or things to do that you can share with our readers? If they have a friend visiting town, what are some spots they could take them to?
Since I moved to LA during the midst of the pandemic, I feel as if I’m still learning my way around and finding new little gems. But I will share some of my favorite things to do if traffic wasn’t a thing.

Since I live in North Hollywood, I’d start the day off with a walk down the Chandler Bike Path. Great views of the mountains and being outside early in the morning just hits different. For breakfast, we’re hitting BlaqHaus NoHo (top tier grits and I won’t hear otherwise) or Red Maple Cafe (those Red Velvet Waffles? *Chef’s kiss*). After, we’d probably explore Old Pasadena a little bit since it’s the closest thing I’ve found to resemble Ann Arbor back home. I don’t care what happens between that and dinner, but for the last meal of the day, the only reasonable decision would be to hit Akuma Ramen & Sushi Bar in West Hollywood.

And I always have to end the night with Jeni’s Splendid Ice Cream in Larchmont Village. 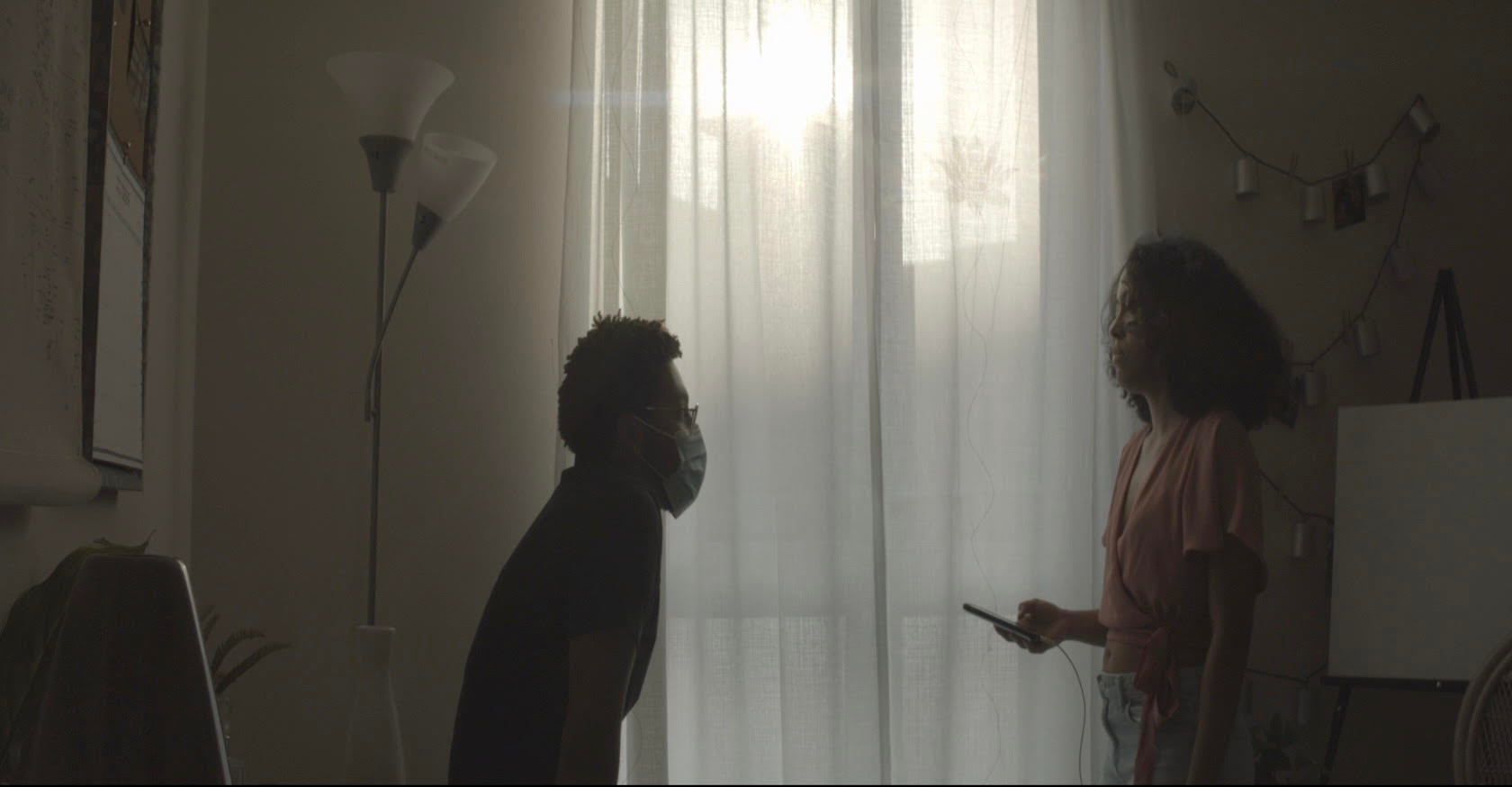 Who else deserves some credit and recognition?
I have a lot of thanks to give for being where I am today. It’d be disingenuous to act like I got here on my own. I had amazing English teachers back in Southfield that molded my love for language and storytelling; I had friends that supported me even through my horrendous Wattpad era; and family that always made me feel like I could do anything — even something as elusive and non-practical as filmmaking. And I’m pretty sure if I was terrible at it, they’d still be cheering me on regardless, simply because it’s what I love to do. Filmmaking is such a collaborative endeavor, and I am only where I am today because of the people that continued to show up and support me every time. 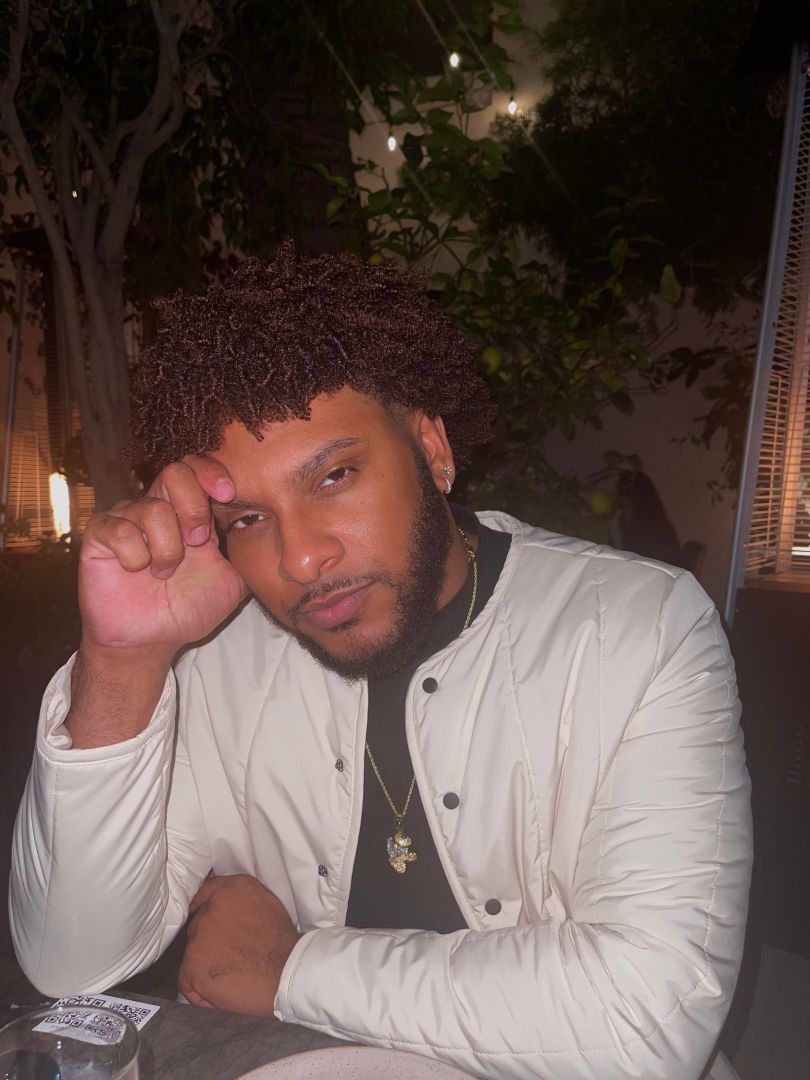 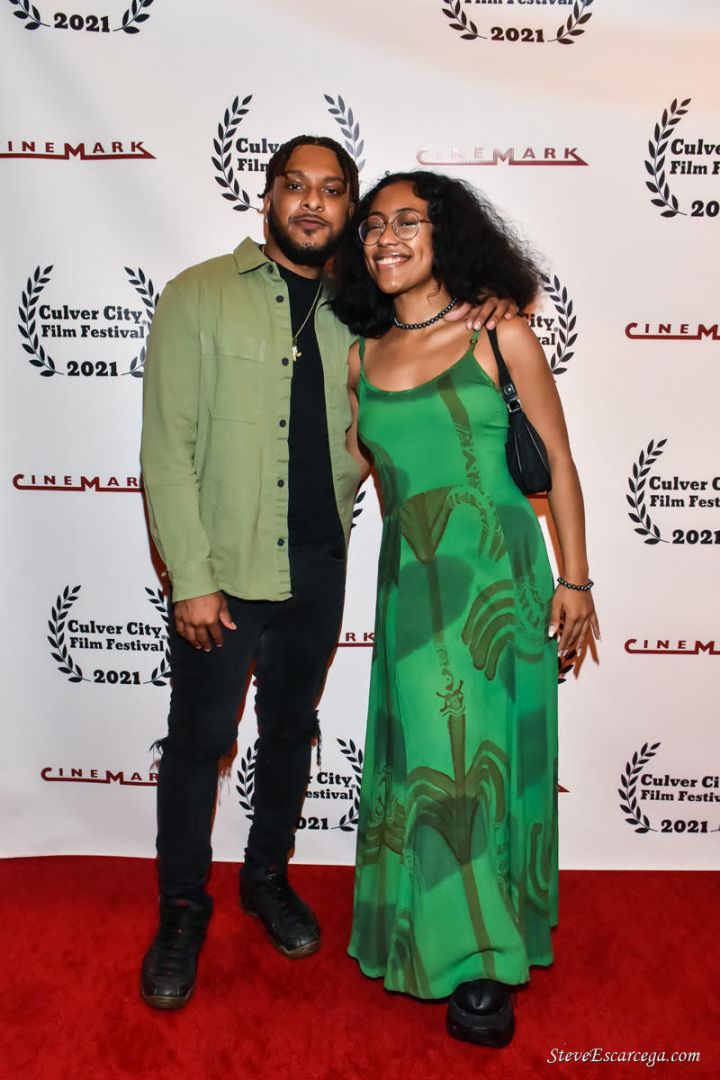