We had the good fortune of connecting with Felix Jones and we’ve shared our conversation below.

Hi Felix, what do you attribute your success to?
When I began performing at the Magic Castle in Hollywood on a regular basis, I noticed that card magicians ruled the roost, so to speak. I became a professional performer late in life, and I knew that I could never match the skill of the “card guys.” I decided to focus on mentalism instead. There aren’t as many mentalists at the Magic Castle as there are card magicians. I wanted to make an impact and looked for effects (what magicians call “tricks”) that no other mentalist performs. But because I have a distinctive character, I only developed the effects that were consistent with who Felix Jones is. This melding of character and material (including every word I say) created my brand so that now world-famous magicians and mentalists offer me unique effects that they recognize as “Felix Jones-ian.” Recently I’ve been adding new material that’s more magic than mentalism, but I’m rigorous in making sure each effect stays true to the Felix Jones brand. 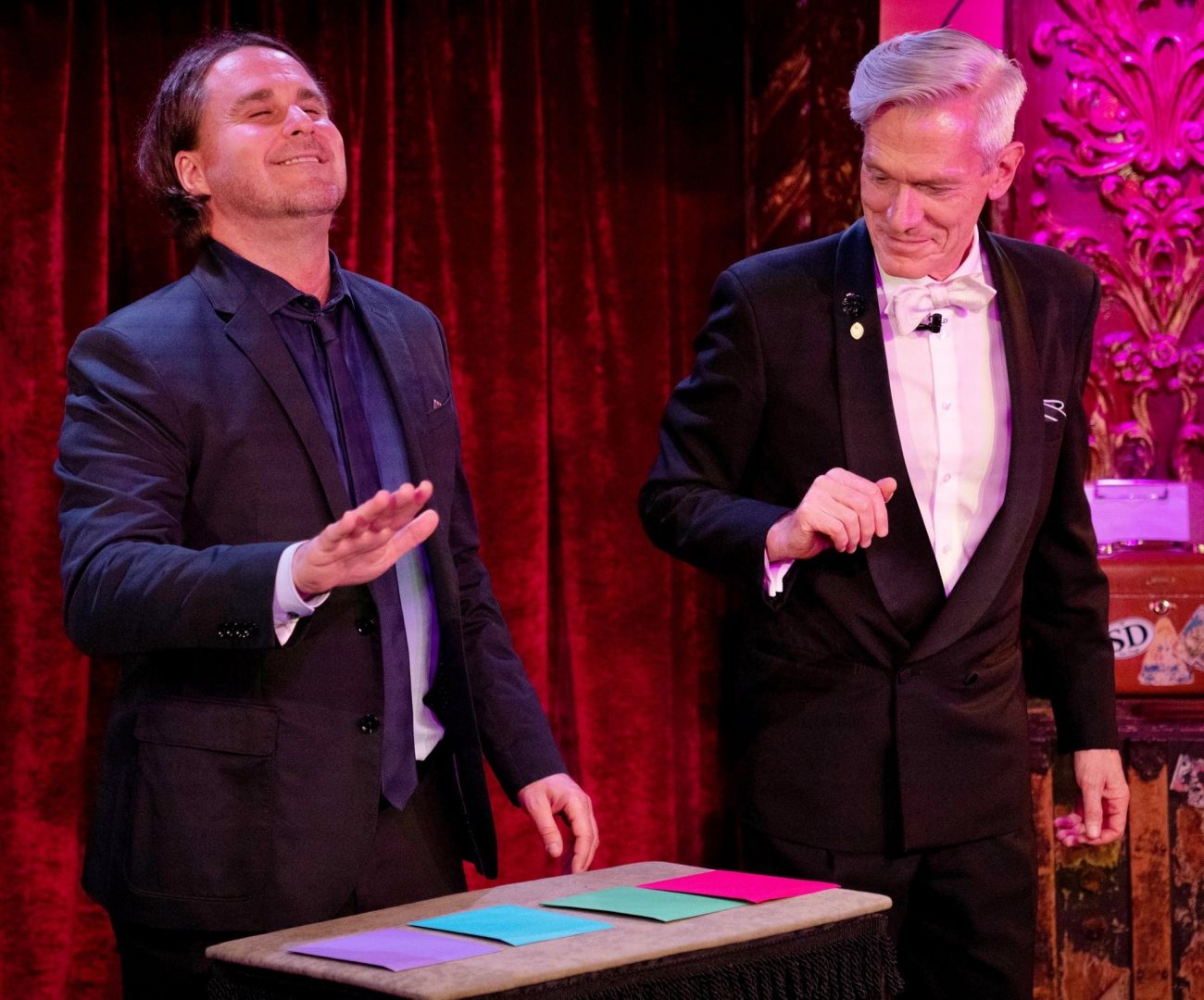 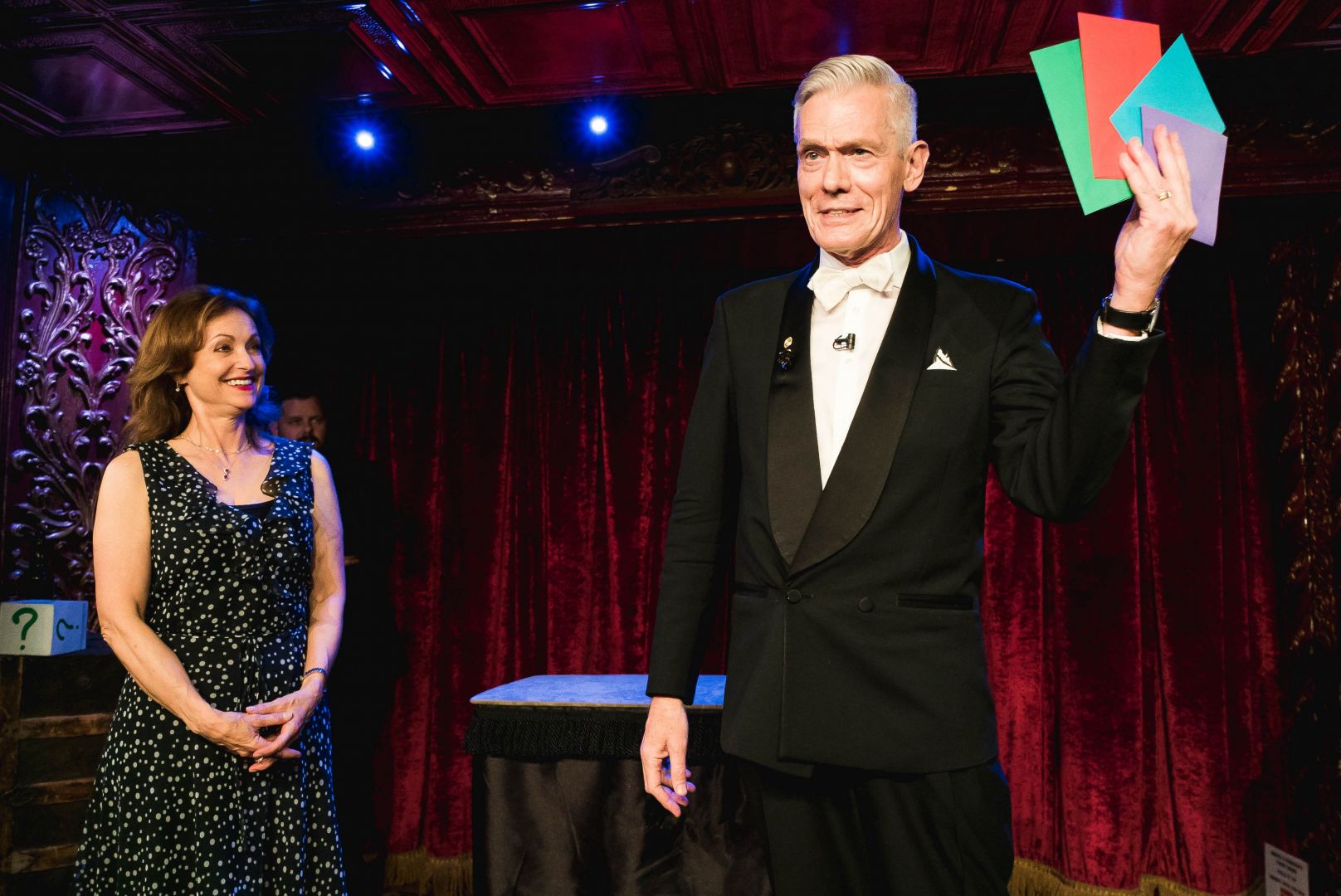 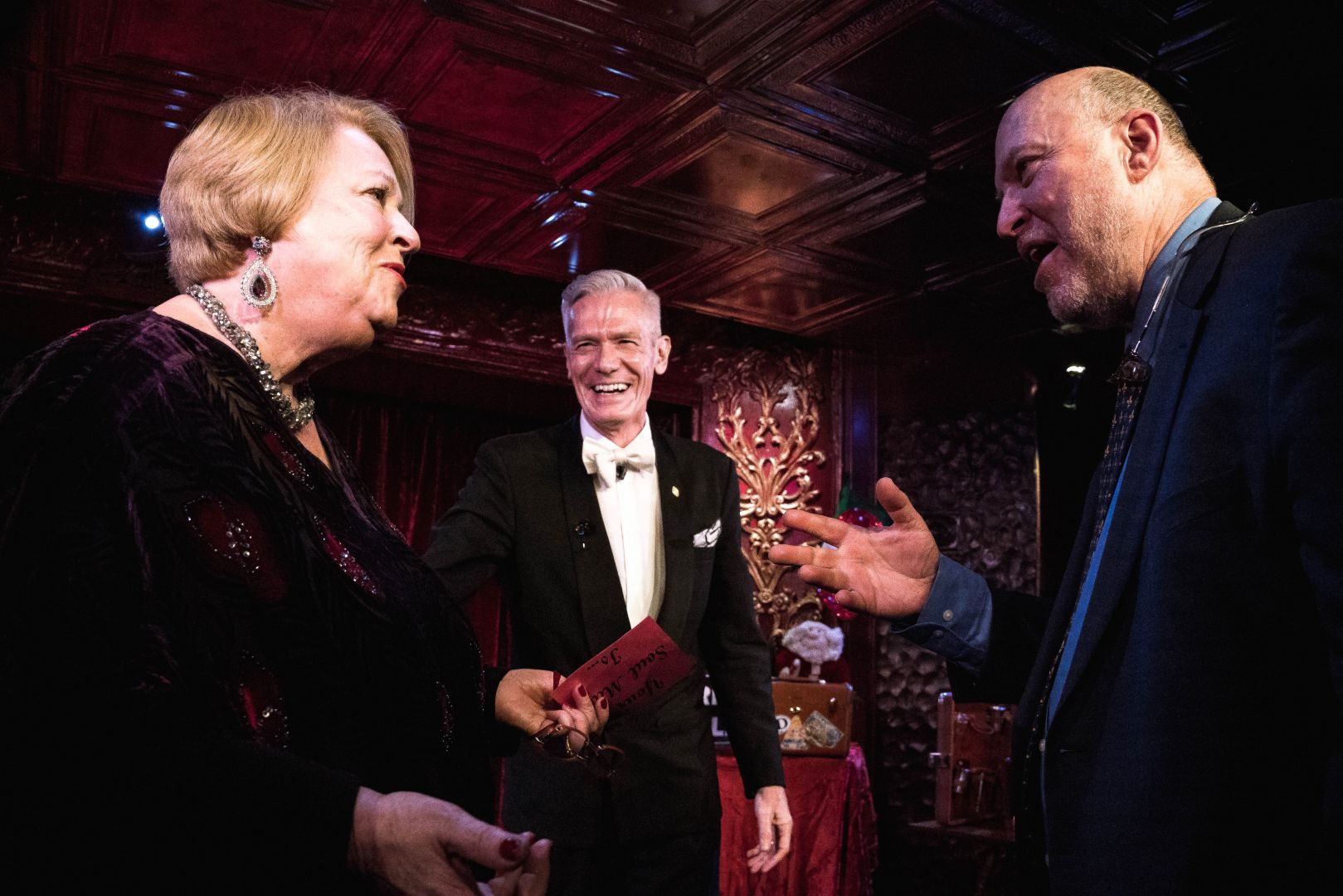 Can you open up a bit about your work and career? We’re big fans and we’d love for our community to learn more about your work.
Like many magicians, I started performing young when I was about 12 years old. I played the lead role in a summer school play — “Hoodoo The Magician” — which is about a con artist who learns real magic. I then sent away for magic tricks that I saw advertised in comic books, and I performed them in friends’ garages. Eventually, I turned away from magic and focused on theatre arts. I had a successful career as a playwright, producer, and artistic director of two theater companies. Ten years ago, I began researching a play about Harry Houdini and Arthur Conan Doyle, whose friendship blew up spectacularly over defrauding phony spiritualists. The play — Flim Flam: Houdini and the Hereafter — was produced at the Malibu Playhouse in 2014, and several Magic Castle magicians came to see the production. They encouraged me to audition for the Magic Castle, so I was coached for three months by a professional magician, and I was accepted as a magician member in January 2015. Initially, I was intimidated to try anything out because every magician you’ve ever heard of performs there or just hangs out. But I was asked to do a charity benefit, and using my theater skills — writing, acting, directing — Felix Jones was born. It gave me the courage to perform every weekend impromptu magic at the Magic Castle. The director of entertainment saw one of my performance videos and hired me to perform in one of the showrooms. Naturally, all of this stopped with the pandemic. But I worked on new material specifically for interactive Zoom shows, and I’ve been performing them since last summer.

If you had a friend visiting you, what are some of the local spots you’d want to take them around to?
Of course, none of this imagined trip can happen until COVID is controlled.

The Magic Castle would definitely be the top spot. Pre-COVID, I’ve hosted many out-of-towners there. It’s been called Disneyland for adults. There are four showrooms, five bars (award-winning magicians perform at two of them), a fantastic restaurant, and several other impromptu performance spaces. There is absolutely no place like it in the U.S.

There are many small theaters in LA that do excellent work, so a show or two would also be on the list.

The Huntington Museum and Gardens, the Getty, and the Malibu Getty.

LA has fantastic restaurants, and I’m partial to Mexican restaurants, so a trip to Alvarado Street is a must. I also love Downtown LA: great museums, bistros, the Grand Central Market, the Last Bookstore. 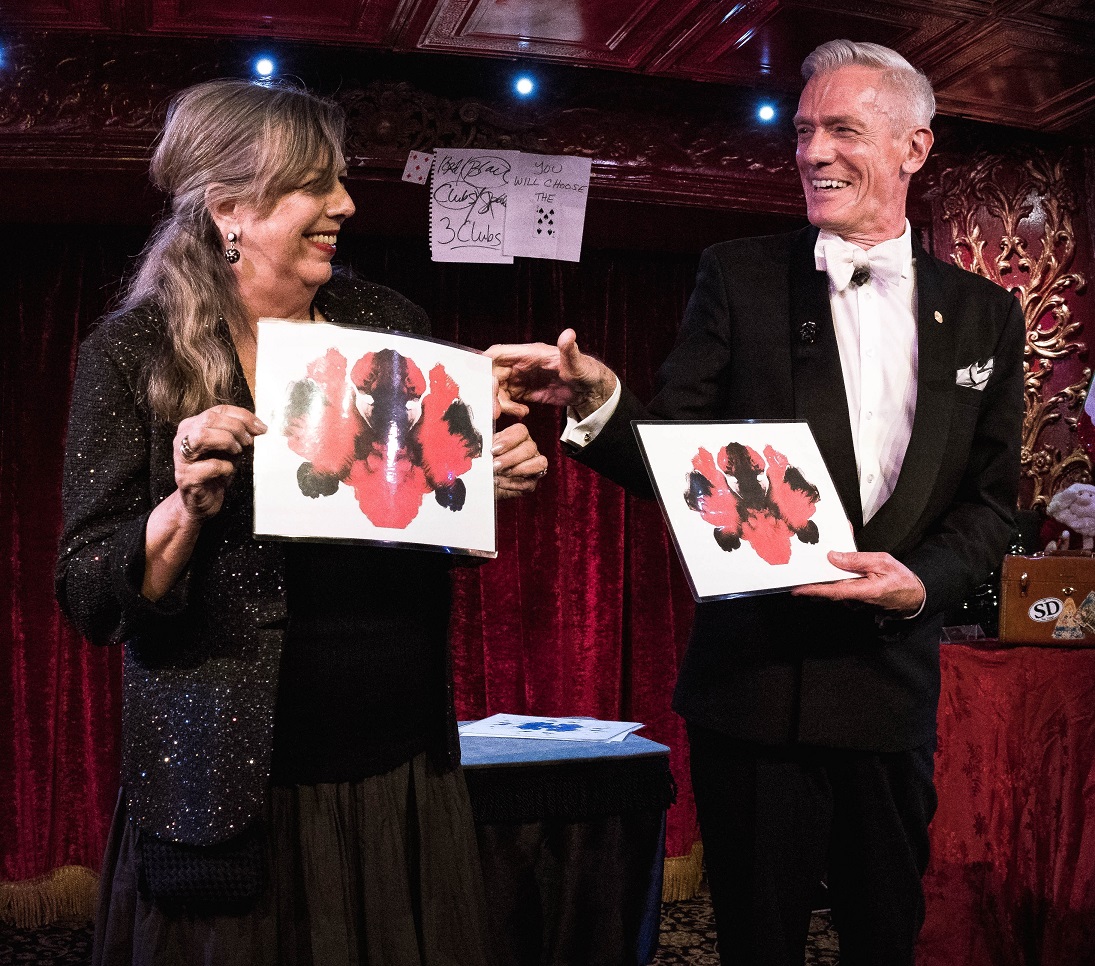 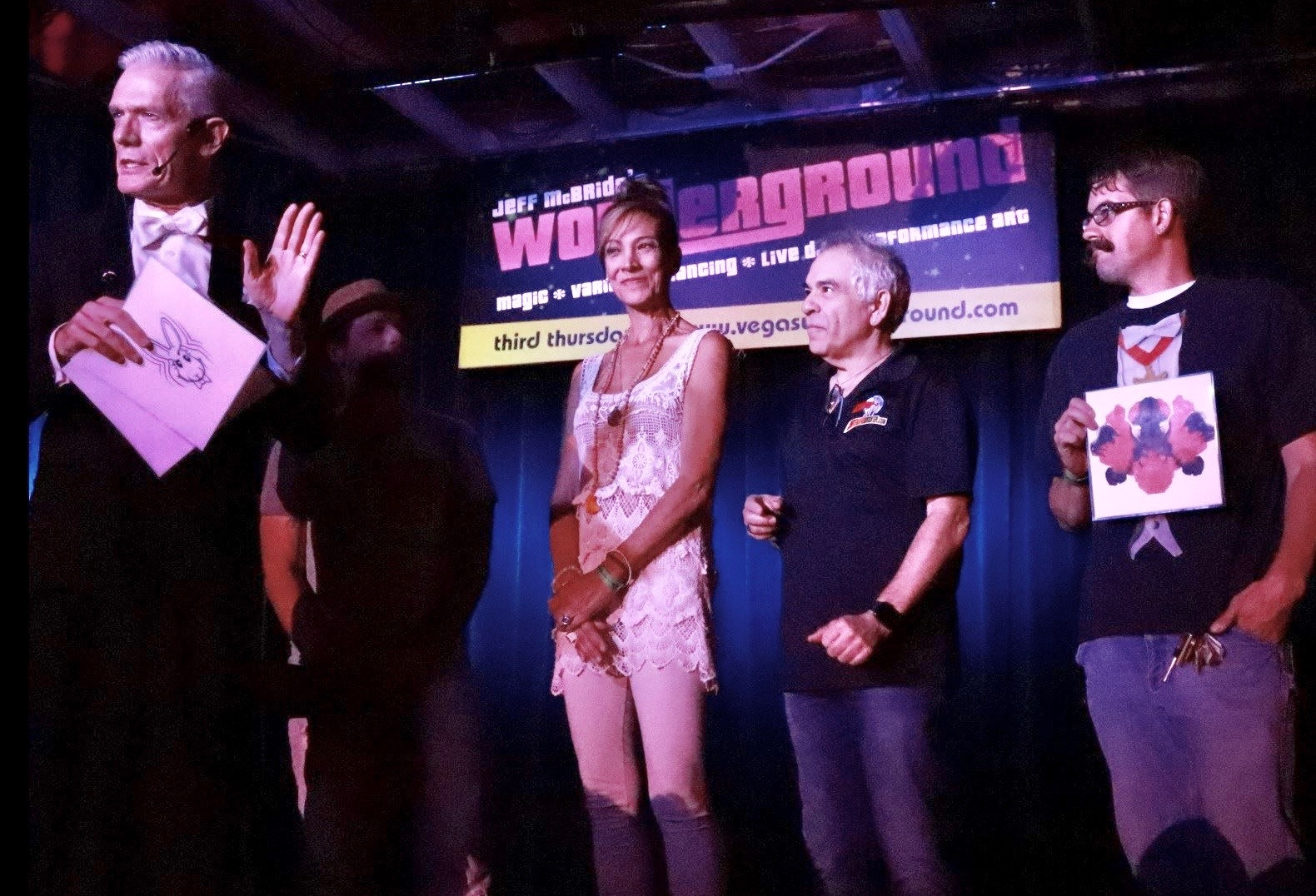 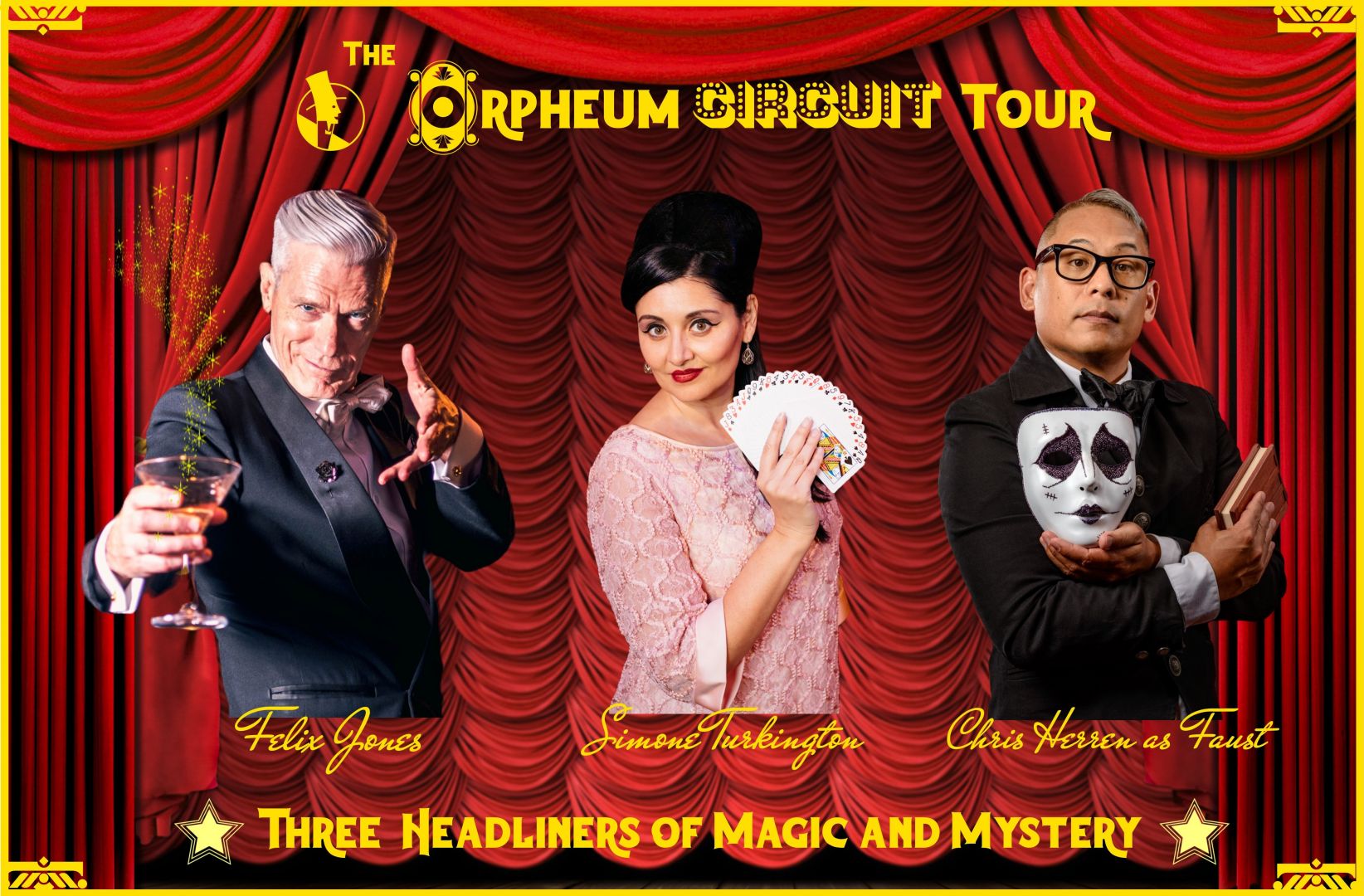 Who else deserves some credit and recognition?
Three extraordinary magicians and human beings: Jeff McBride, Larry Hass, and Ross Johnson. Jeff is a world-class performer and the founder of McBride’s Magic & Mystery School in Las Vegas. Larry is the dean of the school, and Ross is an instructor, who teaches master classes in mentalism. From the very first day I performed at the school in the Master Mentalism class, all three encouraged me, supported me, and mentored me. I would not be where I am today without them. But also, the wonderful men and women who comprise the Master Mentalism class have profoundly influenced me. Once a year we gather at Jeff’s home (where the school is located) and share ideas, collaborate, and help each other to become better magicians. The Magic & Mystery School’s basic philosophy is there must be meaning to every piece of magic we perform, or, as I say, it’s nothing but a trick.