We had the good fortune of connecting with George Brianka and we’ve shared our conversation below.

Hi George, we’d love to hear about how you approach risk and risk-taking
Being an entrepreneur with many creative outlets, risk taking has always played a big role in my career. Being behind the camera, but only as an advertising creative, coming up with the conceptual ideas for hundreds of commercials throughout my early career, it was a big risk to then take what I learned and go out and direct a movie. Being a huge horror aficionado, when first approached with the idea of Devil’s Five, I jumped at the chance to write a horror story, because as I joke, my childhood “was” a horror story! My short was based on an actual slaying that happened in my hometown. And it was allegedly a satanic ritual slaying. Of course, this was the satanic panic of the 80’s so it was really more about kids using drugs and listening to heavy metal, but the news media blew it up into something more. My short, “Don’t Say These Words!” takes that story and supposes, “What if the devil really was involved?”. It also was a chance to pay homage to all my favorite horror directors such as Sam Raimi, George A. Romero, Wes Craven, and others influences such as Stephen King. I’d like to think it’s a bit of “Stand by Me” meets “Evil Dead:. 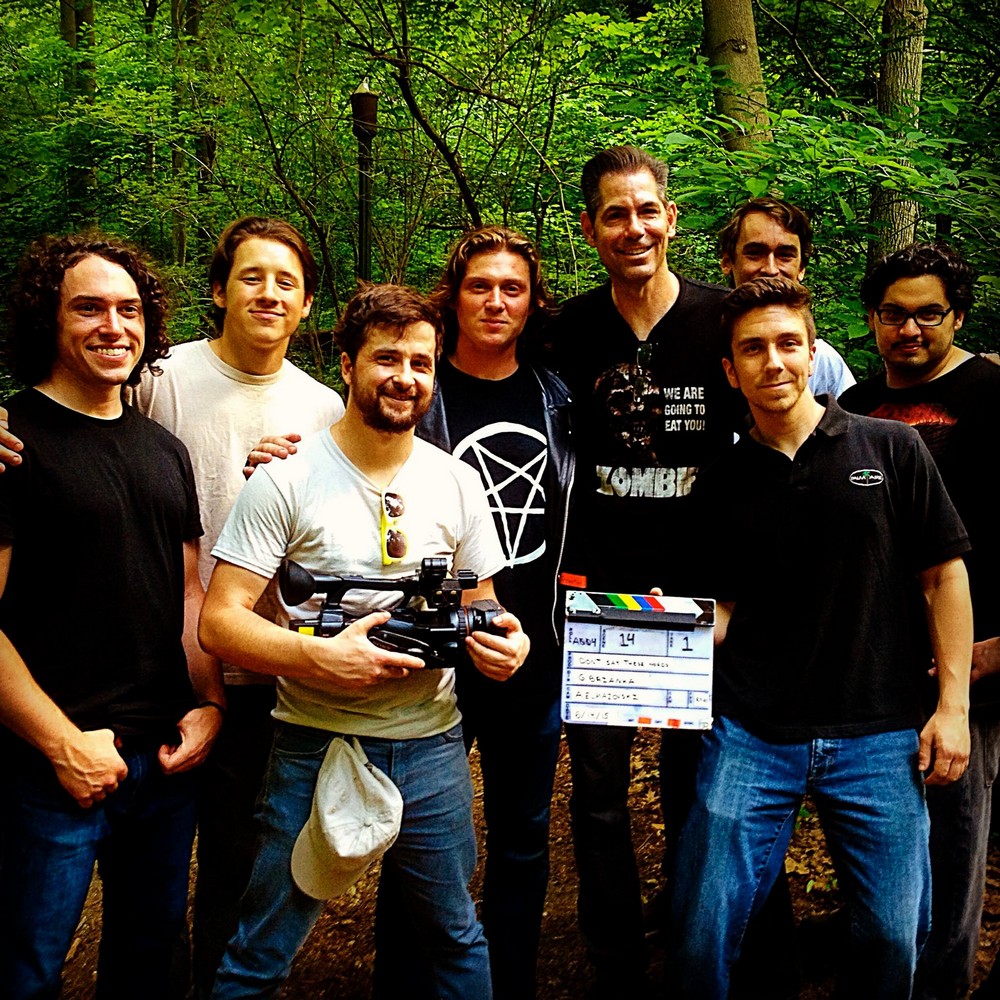 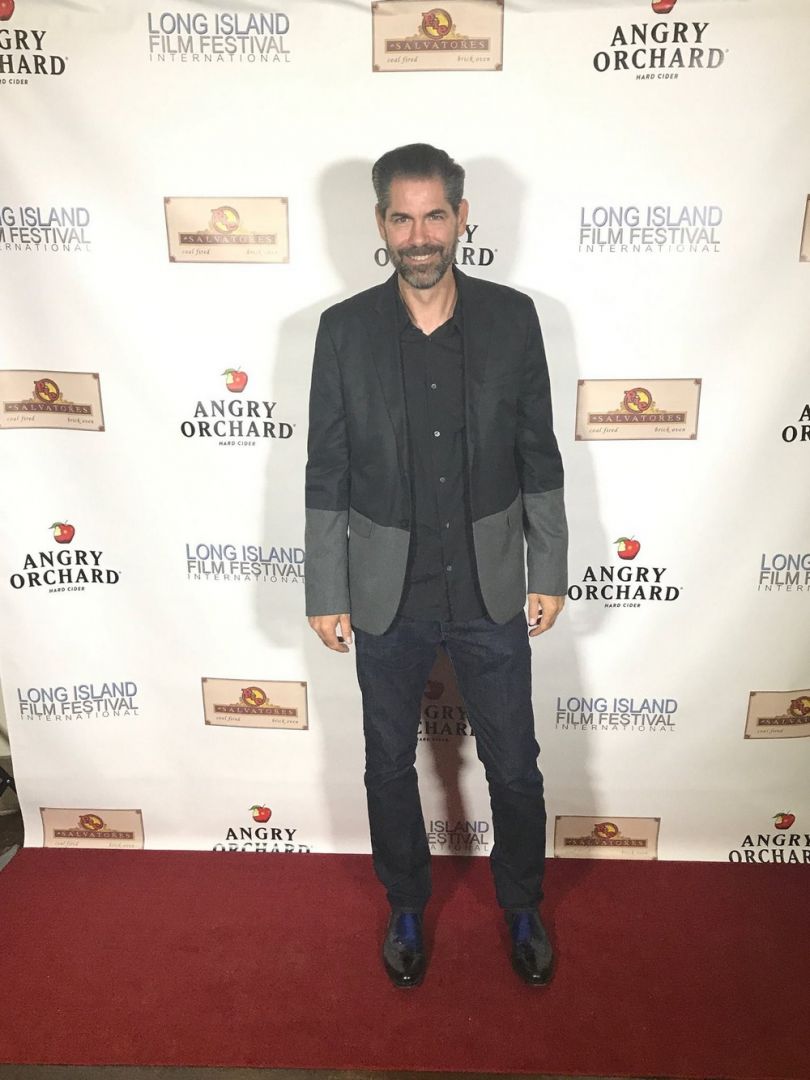 Can you open up a bit about your work and career? We’re big fans and we’d love for our community to learn more about your work.
Coming from a small advertising agency with an entrepreneurial spirit, it was an easy transition to become a successful freelance creative with award winning ideas. My first homerun was an iphone app called, “iPee Address”. Not only did it own the category of restroom finder apps, it was the first one. Not many ad creatives can say they CREATED a category! It was short listed at Cannes International Festival of Creativity and got me noticed by top creatives who eventually hired me at bigger agencies. Later, in my journey, I was approached to be a partner in a feature film, “Devil’s Five”. It is four short stories with a wraparound short that ties it all together. Each director was to work independently, raise his own money and shoot his part. It was a big creative challenge for me, having only directed one or two small commercials. I’m usually the guy creating the concept and having a production crew work on it. I raised the money, wrote the script, storyboarded the entire thing, created the props and even wrote and recorded the theme song! It was a lot of fun and hard work. I learned many lessons along the way – as you can imagine things are going to go wrong and you have to make decisions on the fly -especially when it’s pitch black, in pouring rain and you are deep in the woods of Inwood Park shooting at 3am! It paid off when we eventually won the 2018 Hell’s Kitchen Film Festival for Best Horror Film. I’m excited to announce that we finally got it into distribution and on Sept.21, 2021 it was released on streaming services such as Amazon, itunes, google play, etc. 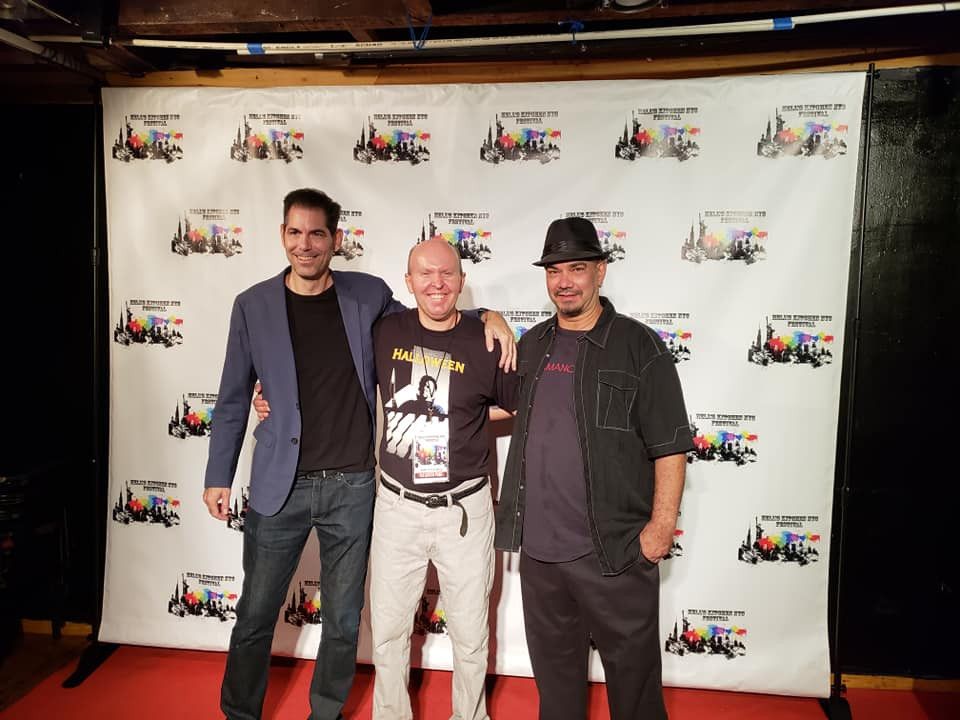 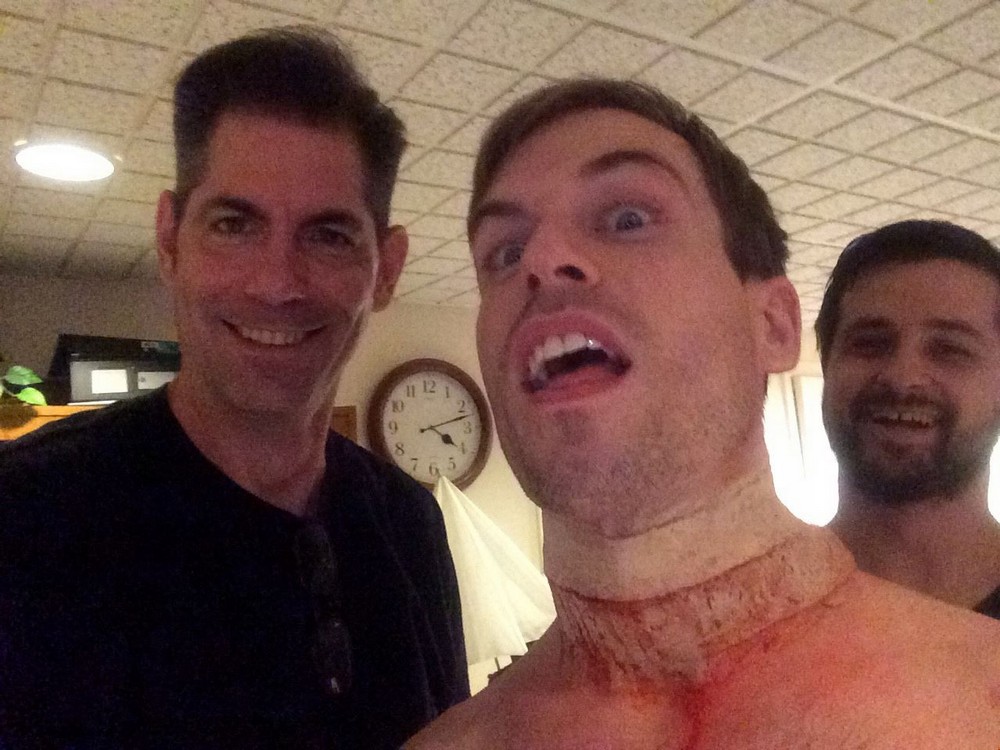 Any places to eat or things to do that you can share with our readers? If they have a friend visiting town, what are some spots they could take them to?
My favorite spots in and around my favorite city in the world, New York City would surprise most people. I live pretty close to west 10th Street, in the West Village. It’s really one of the most picturesque blocks in New York City. Yet, 14 west 10th street is what is known as the “House of Death,” supposedly haunted by 22 ghosts, the most famous of which is Mark Twain, who resided there from 1900-1901. So that is our first stop!

Next, let’s have dinner down in the east village at “Beetle House” a Tim Burton inspired restaurant that celebrates Halloween 365 days a year! All the waitstaff wear crazy Burtonesque Costumes and you’ll have no trouble guessing which characters they are portraying. So much fun!!! And the food is great!

Ok, since we have a few days to kill, let’s jump in my ’66 Pontiac convertible and take a quick two-hour ride to the Catskills, just out side of the city. Where are we headed? First, we are taking a ride on old route 97 which is a scenic byway alongside the Delaware river. At one point you’re a mile above on what is called, the Hawks Nest with beautiful views of the river and valleys below. After that we make a quick right and head to Glen Spey. Where are we going? To the beautiful Victorian Burn Brae Mansion. Burn Brae was voted by Huffpost as the Most Haunted Bead & Breakfast in America! So let’s stay there for the night! I’ve done it before and had a paranormal experience. But don’t worry – MOST of the ghosts there are friendly. And the owners Mike and Pat Fraysse are an awesome couple that really treat you to the rich history of the place as well as super- amazing home cooked meals. Had enough of hauntings? We can spend the rest of the day fishing on one of the many abundant lakes in Sullivan County. I’d love to show you how to catch a really big bass! 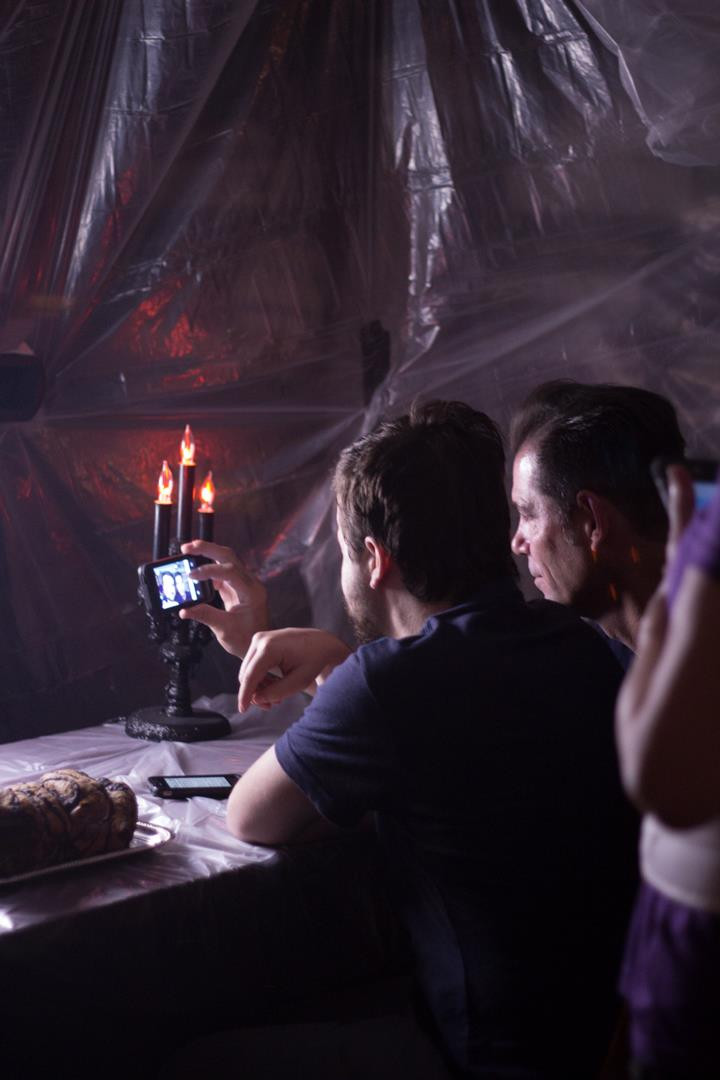 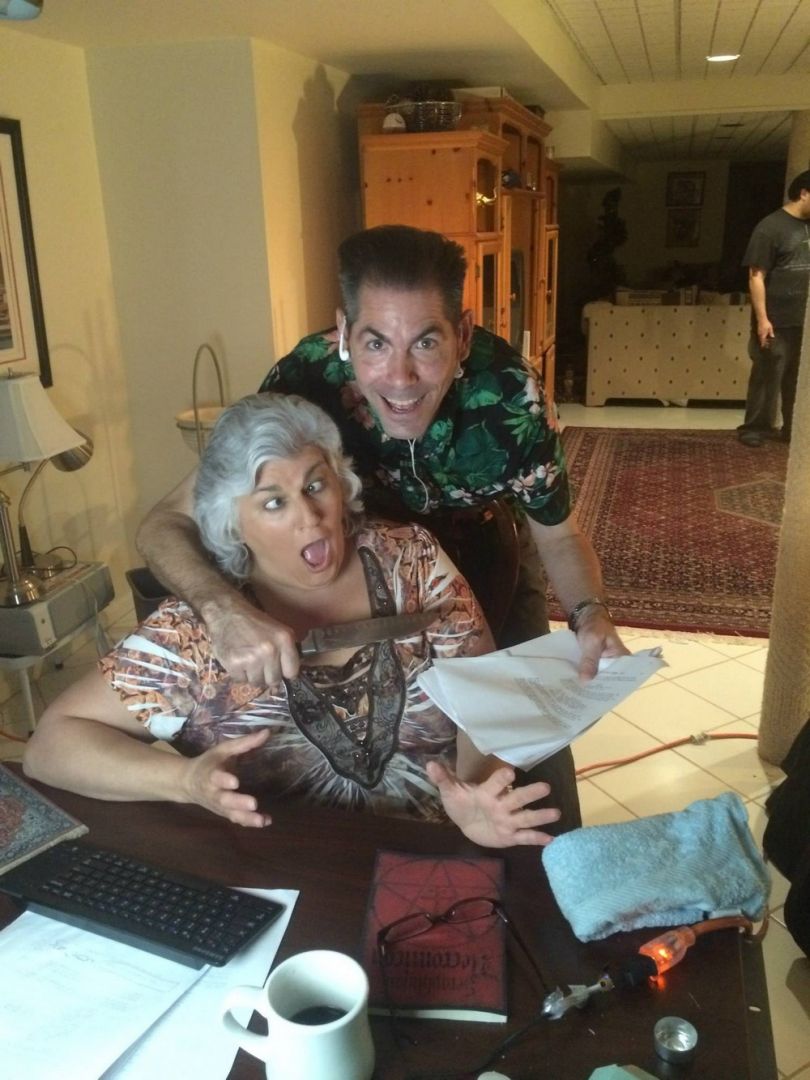 Who else deserves some credit and recognition?
I’d love to Shoutout to my High School teacher, Mrs. Rowe. Not only did I thank her in the credits of my horror short, but there’s an homage to her in the film. She had a big influence on me as a young artist as she told me to follow my dreams and don’t be afraid to express my creativity. That formed my decision to go into the arts. I became a successful advertising creative director and I really owe it all to her. She had this cool thing she did in class: she had a small video camcorder and she did a project called, “Room Loops.’ She would have each kid borrow the camera and give a tour of their rooms, revealing the personality of the student by the colors, artwork, rock posters or whatever they had in the room that expressed themselves. The premise of my movie is that it takes place back in the 80’s and it is “found footage” style and the reason the one kid, Mike is filming everything is because he’s got the camera for his turn doing Room Loops. Anyways, Mrs. Rowe was a great teacher, who loved her students and inspired me to follow my creative vision. 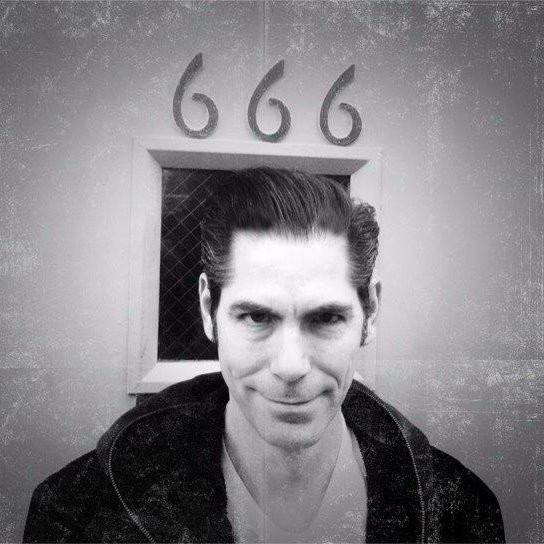 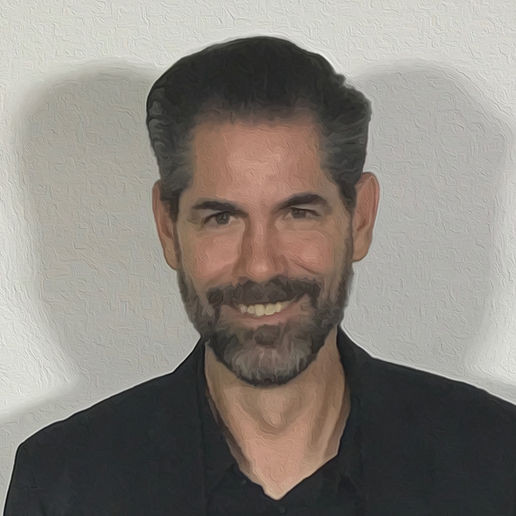