We had the good fortune of connecting with Hendrix Yancey and we’ve shared our conversation below.

Hi Hendrix, what role has risk played in your life or career?
I love risk taking because it’s a way to stand out. In acting, there are usually thousands and thousands of people auditioning for the same role, and a lot of times the reads will be very similar. By taking a risk and doing something others might not do, you set yourself a part. When it comes to acting and auditioning for roles, there are 2 options: be plain (play it safe) and don’t stand out or be irregular and fun and stand out more. It might not always be the right choice (creatively) but if it gets casting’s attention then it’s a win. I always think being different is cool – in life and in acting.

An example of me taking a risk this year was when I shaved all of my hair off for a role. Literally production shaved it into a buzzcut. I didn’t know if I’d get made fun of or called names – which I did at times – but, it was a risk I was willing to take for something I love. And I do NOT regret it!

I can’t disclose the role just yet … but it was definitely a bucket list project. 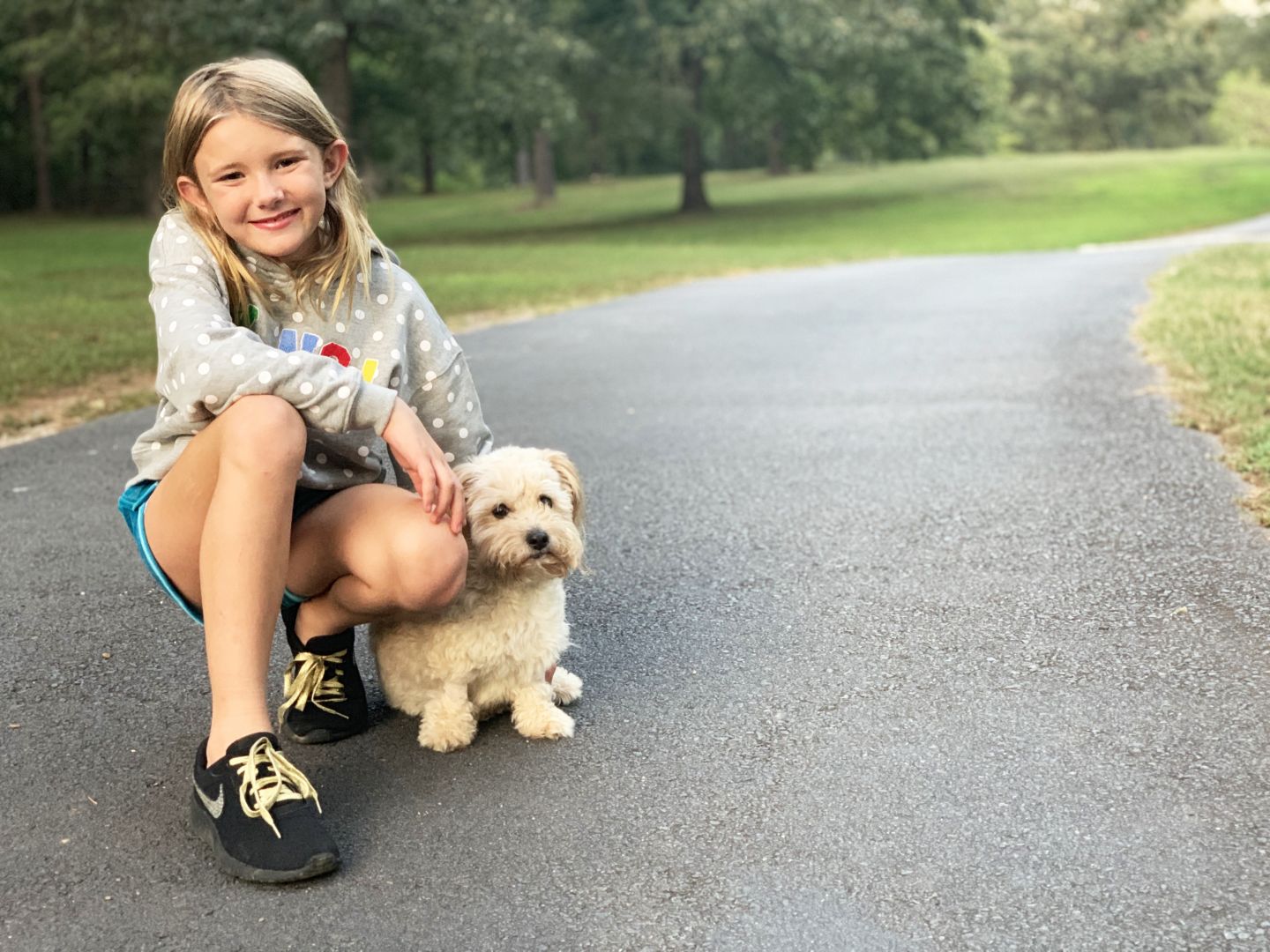 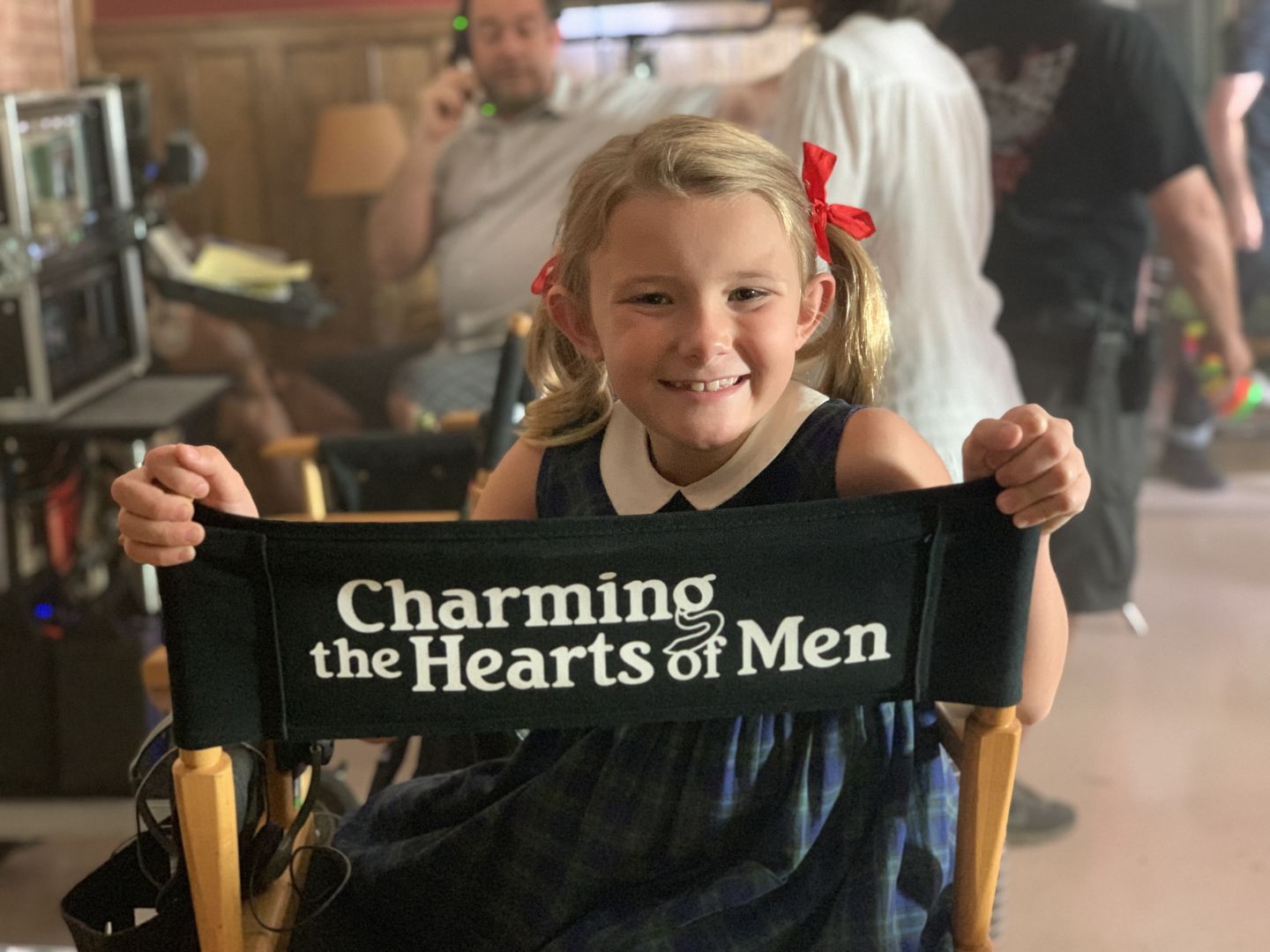 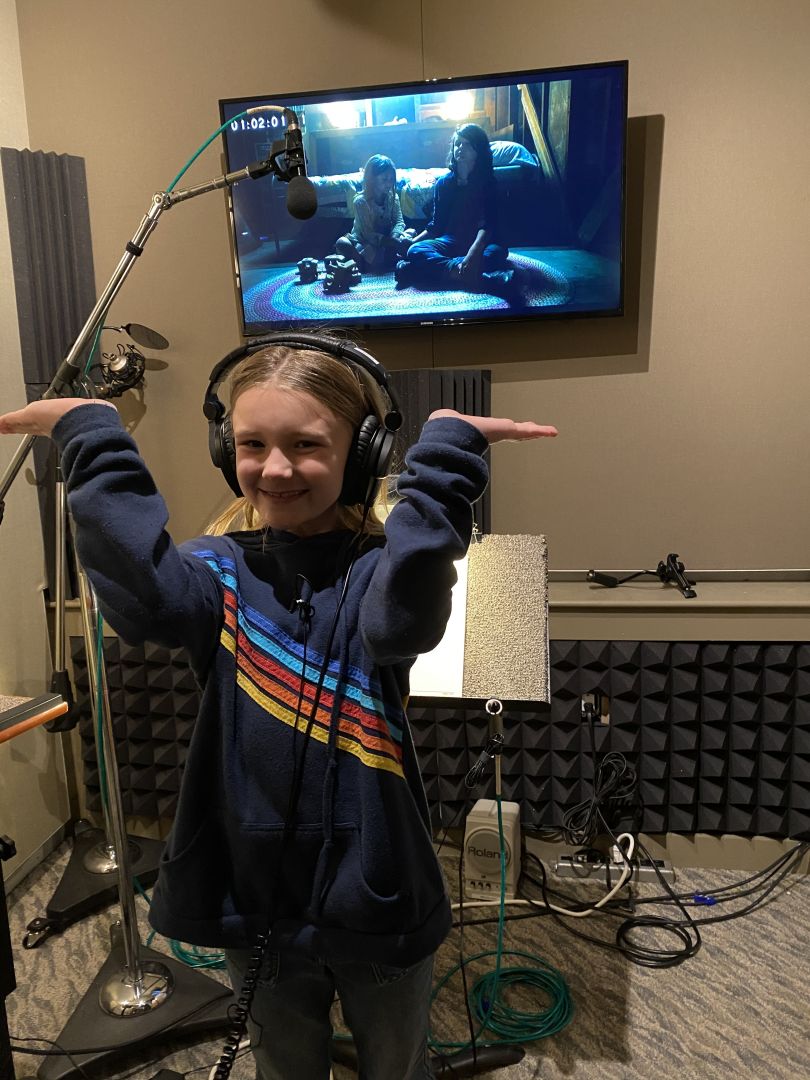 Let’s talk shop? Tell us more about your career, what can you share with our community?
I started acting when I was around 5 years old. Back then I didn’t really think I was going to get anywhere with it because I was so young and I didn’t live in LA – I lived Arkansas (where I still live)! BUT I thought I’d give it a shot because I love people and I love to entertain. My LA agency and manager asked me to come to Los Angeles for a couple months during the summer so I could audition in person, so I did; it was during this time that I booked my very first project – a recurring role on a limited series television show, called Versus. I booked it a few weeks after I turned 6 in August. The cast and crew were amazing, the project was so fun, and this is when I KNEW acting was the perfect job for me. I could meet new people, and I could pretend to be all sorts of different versions of myself.

I’m 10 years old now and in the last 5 years I’ve done a lot of really cool things – I was invited to attend the Golden Globes at the age of 7, I’ve been a part of some really cool tv shows, I got to see myself on the big screen at a movie theater for the first time this summer, I have gotten to work with and learn from some really neat actors and actresses that I look up to, AND just this last year I was able to work on my ultimate bucket list project (shhhhh stay tuned for when I can announce this). BUT, even with all the amazing times, it definitely hasn’t always been easy.

What most people don’t know is that as an actress you get told NO a lot. Like a lot a lot … like sometimes SEVERAL times a week. People only see the roles I book, not the roles that I don’t book. And that’s the same for every actor – we audition and get told NO hundreds of times before we get a MAYBE or a YES. And that’s tough – you’re supposed to “forget the audition as soon as you submit it” .. but sometimes if it’s a role you really want, that’s hard.

The hardest thing I’ve faced so far in my career happened in March of 2021. I made it down to the final two of a huge new television show for ABC. I worked so hard, I did probably 15 zooms with execs (Sara Gilbert, heads of ABC, the writer of the new show, and even read with the amazing Shannon Woodward who was going to play my aunt on the show). I LOVED this role, and I felt in my soul that it was the one meant for me. I tested with network and even signed a 40-page, 7-year contract (everyone that makes it to the end of a huge audition like this signs contracts) … but in the end they went with an older girl. I was really bummed about this for a long time, but in acting they always say if you don’t get one big part then it’s because the RIGHT big part is around the corner.

Even though I’m an actress and that is a big part of who I am, it’s not everything I am. I might be an actress but I’m also a 10-year-old, 4th grade girl who lives in a little town in Arkansas. I enjoy animating, petting cats and dogs, singing, roller-blading, and playing video games.

Something I’ve learned from acting is: Hard work will eventually pay off AND always always follow your dreams. 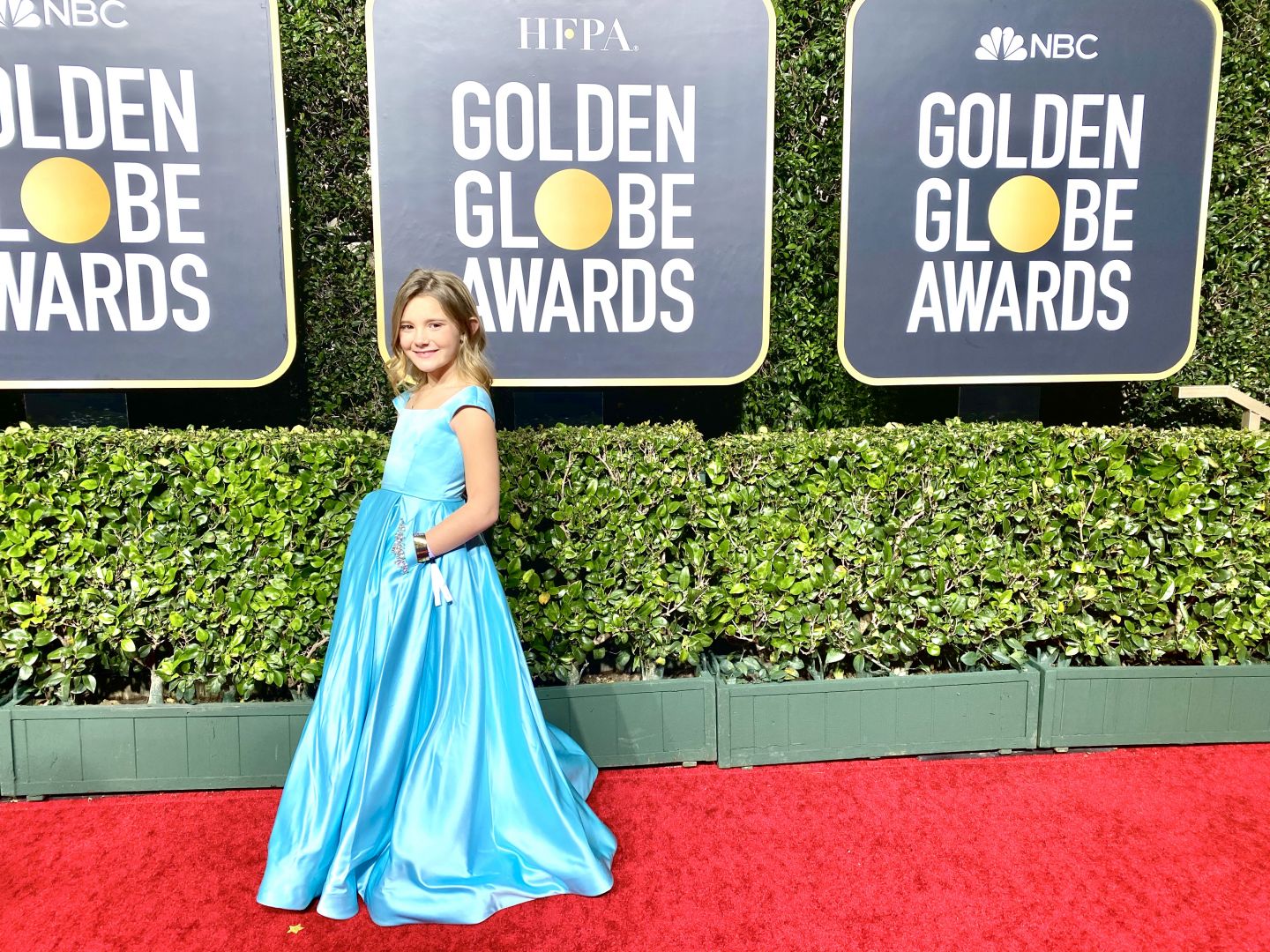 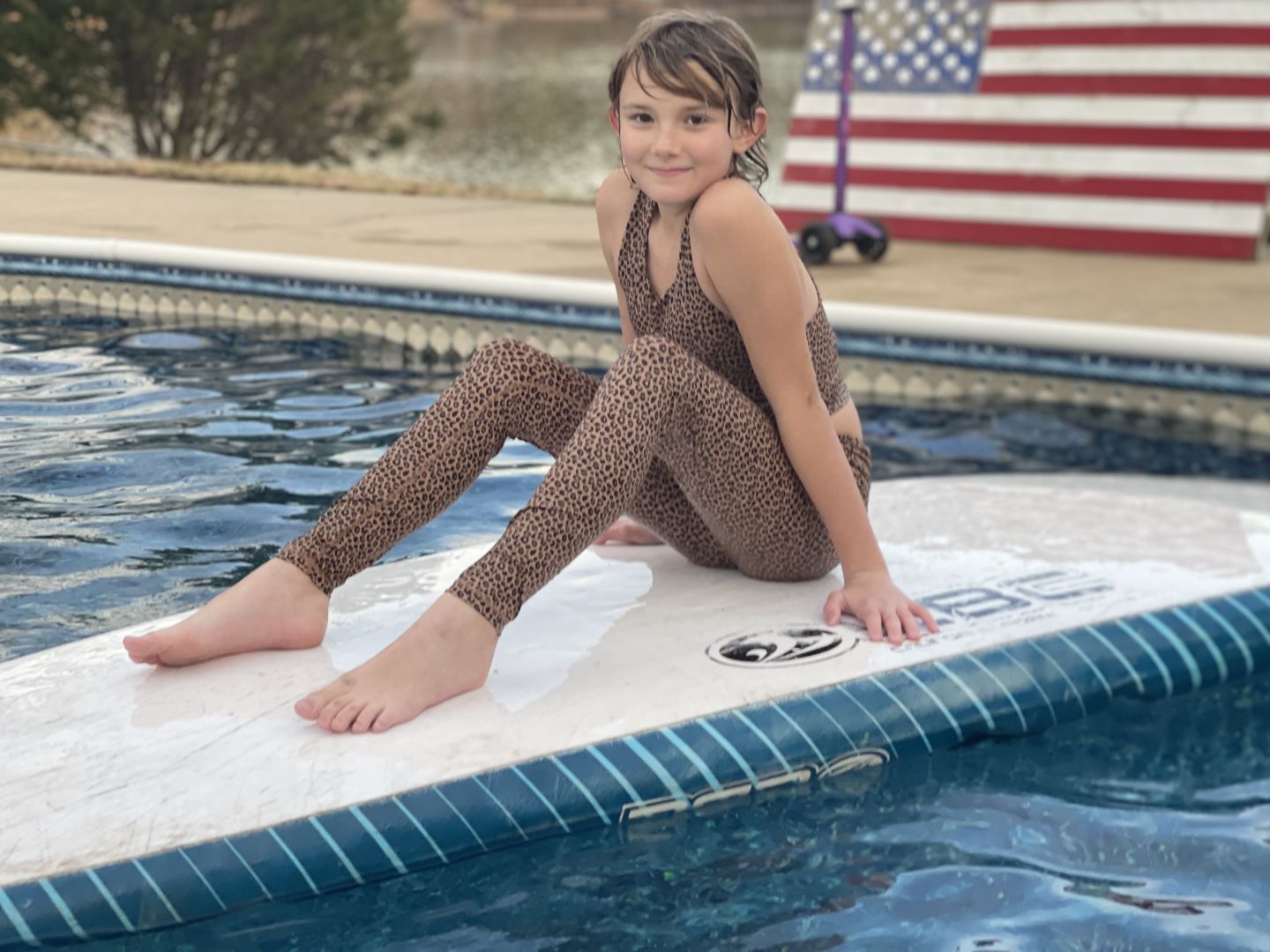 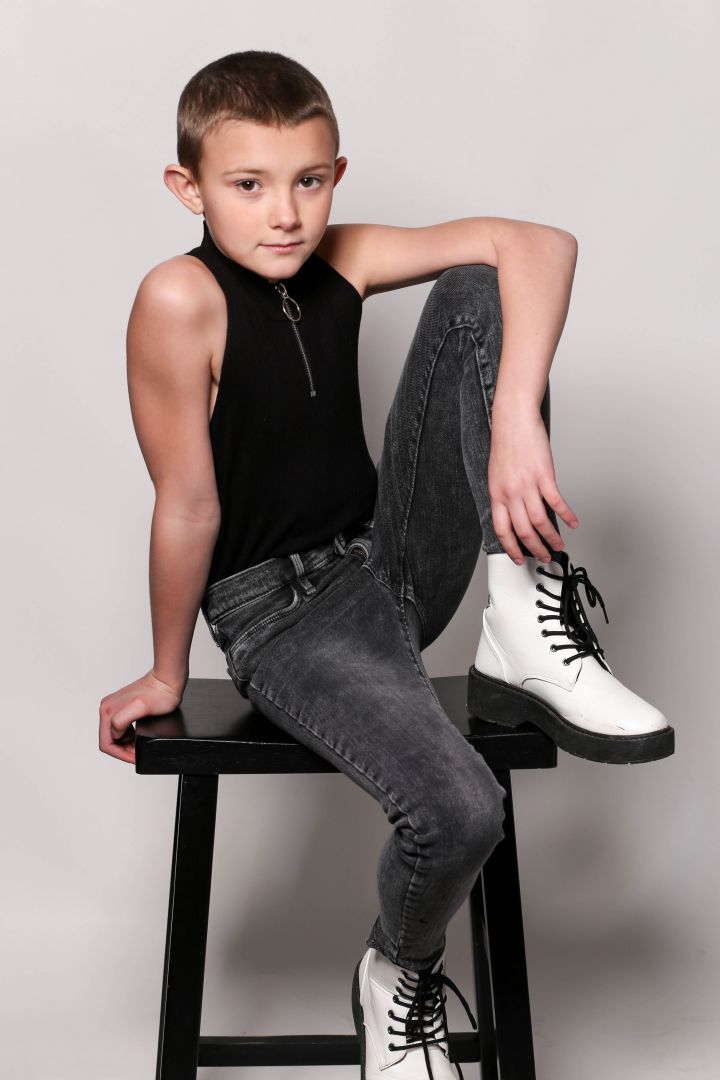 Let’s say your best friend was visiting the area and you wanted to show them the best time ever. Where would you take them? Give us a little itinerary – say it was a week long trip, where would you eat, drink, visit, hang out, etc.
I live in Hot Springs, Arkansas. One of my favorite places to go (and we live really close to it) is MAGIC SPRINGS; it’s an amusement park AND a water park. Hot Springs is a cool city – it has a neat gangster history (with Jesse James, Al Capone and more), has 4 huge lakes (I love swimming and boating), and has naturally HOT springs (that’s where it got it’s name)!

My favorite restaurant in my city is called Jose’s, they have the BEST Mexican food ever. In my opinion French fries and cheesedip are THE best combo – if you haven’t tried dipping your fries into some queso then you’re missing out.

We would probably end the week by digging for crystals. Arkansas is the Diamond State (we are one of the very few places in North America where diamonds are present AND the ONLY place where people can hunt for them) …. BUT, we are also known for quartz crystals! In Hot Springs, you can pay a set amount and dig up and take home as many crystals as you want! I do this a lot and love it. It’s messy (red clay) but SO fun! 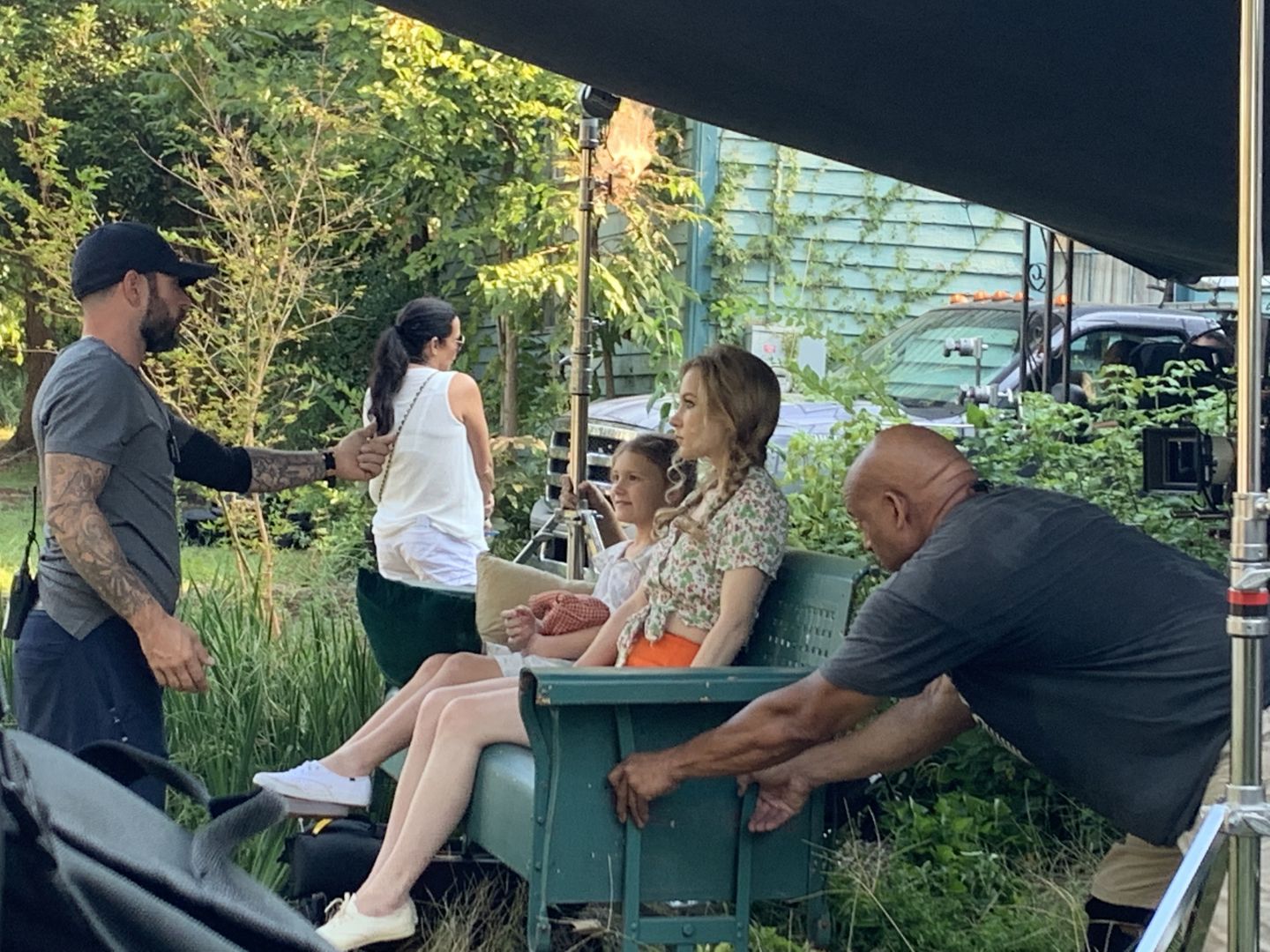 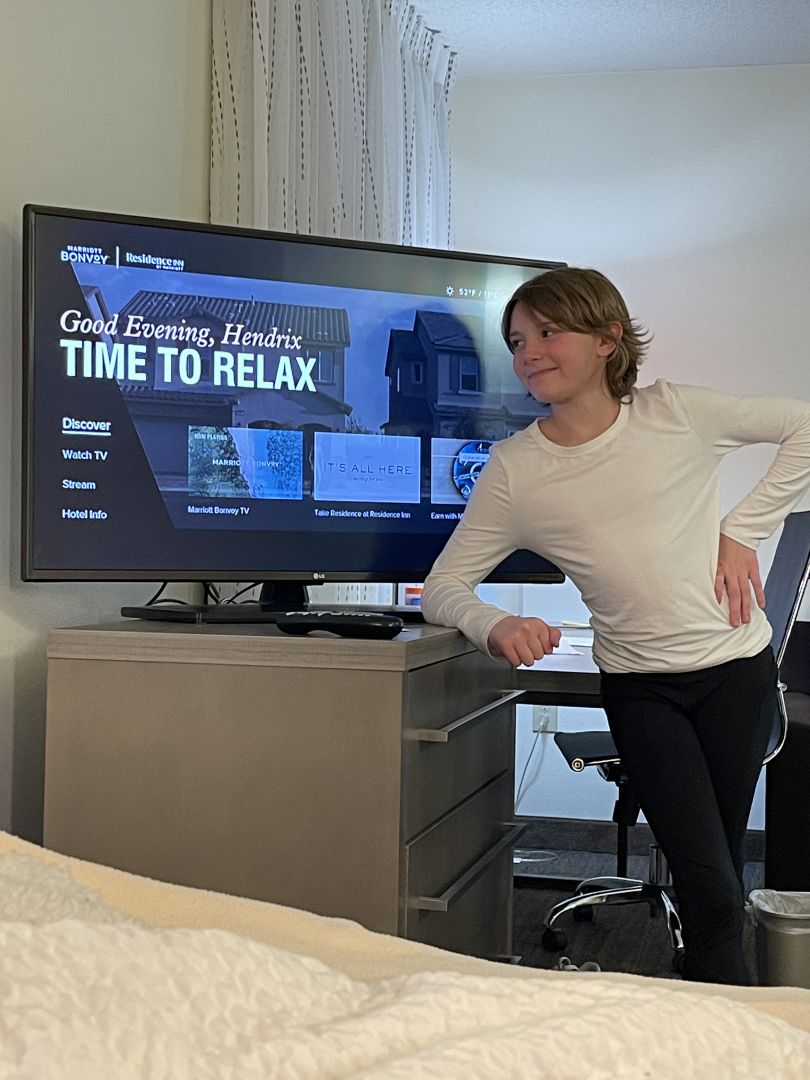 Shoutout is all about shouting out others who you feel deserve additional recognition and exposure. Who would you like to shoutout?
Timie yancey my wonderful mom who helped me through all of this <3 I also have the best team ever: Osbrink Agency (my Los Angeles agents), Susie Mains of Trilogy Talent (my manager), People Store (my Atlanta agency) and my publicist Amanda Abelita (ABPR).  ALSO, a big thank you to Gray Studios LA for believing in me, teaching me the ropes, and being my first acting coaches ever (they helped me get my agent and manager!), and my private acting coach, mentor and friend, John D’ Aquino – he challenges and pushes me further and further out of my comfort zone.  Without their belief in me and their guidance none of this would be possible. 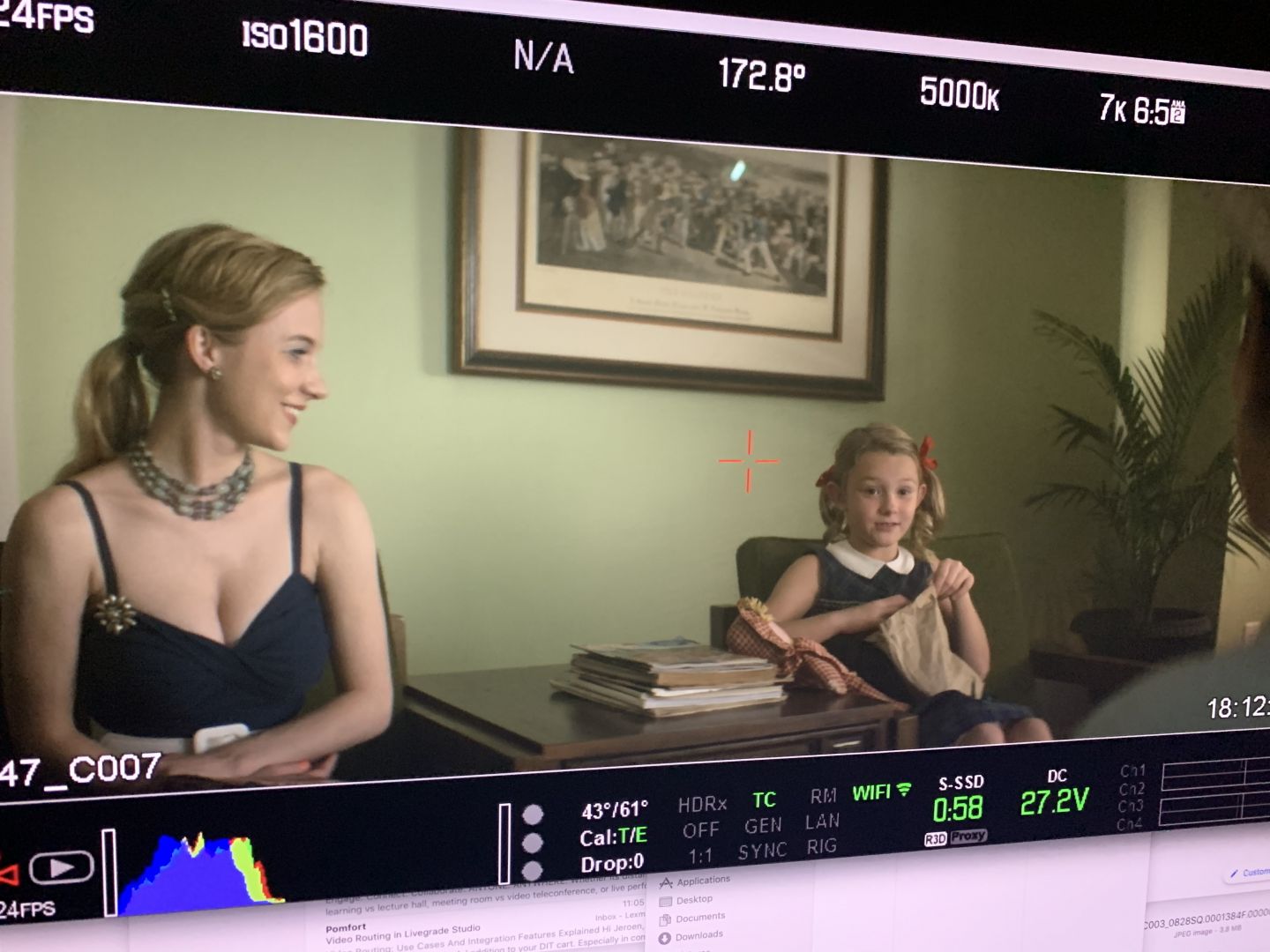 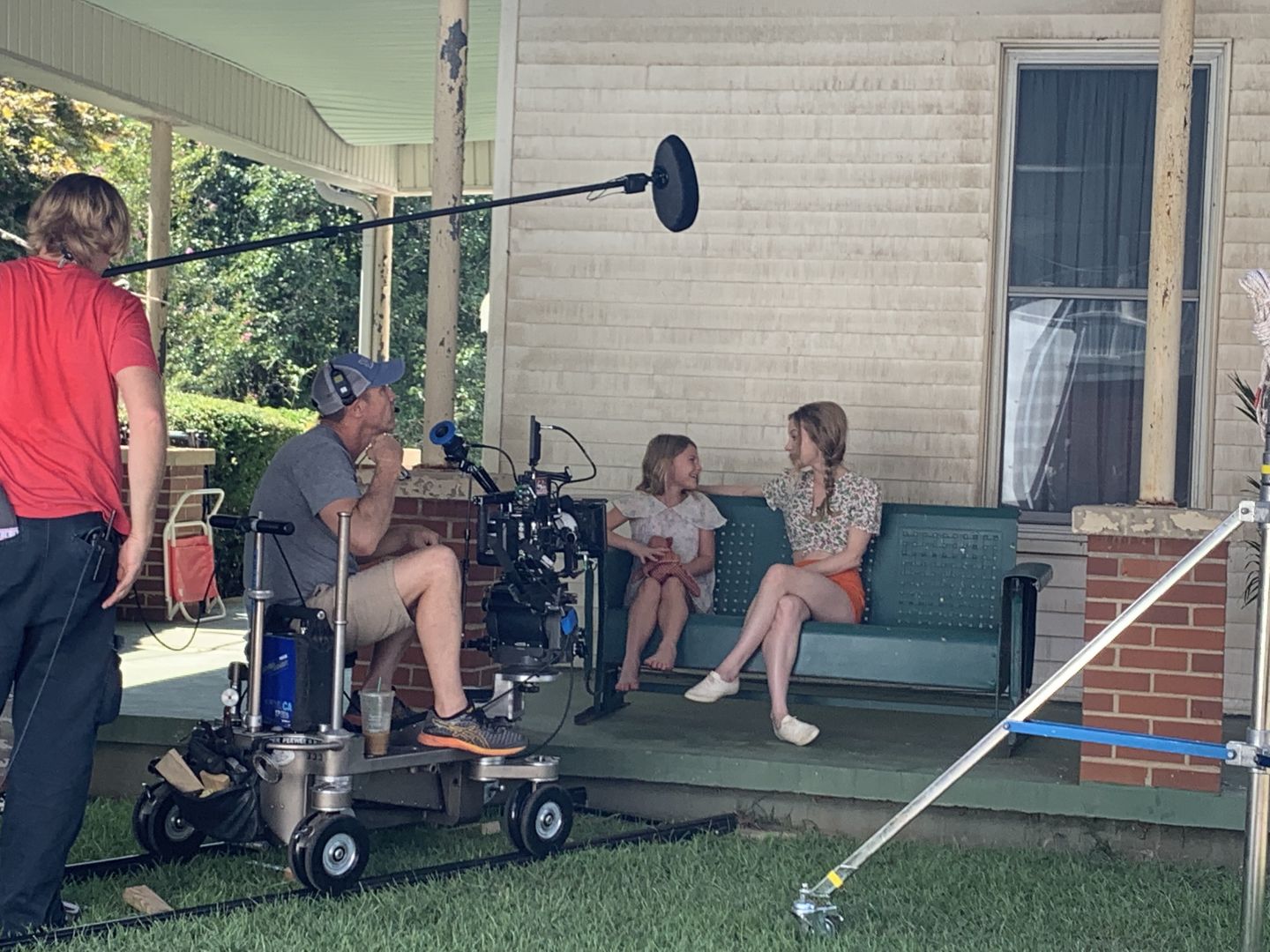 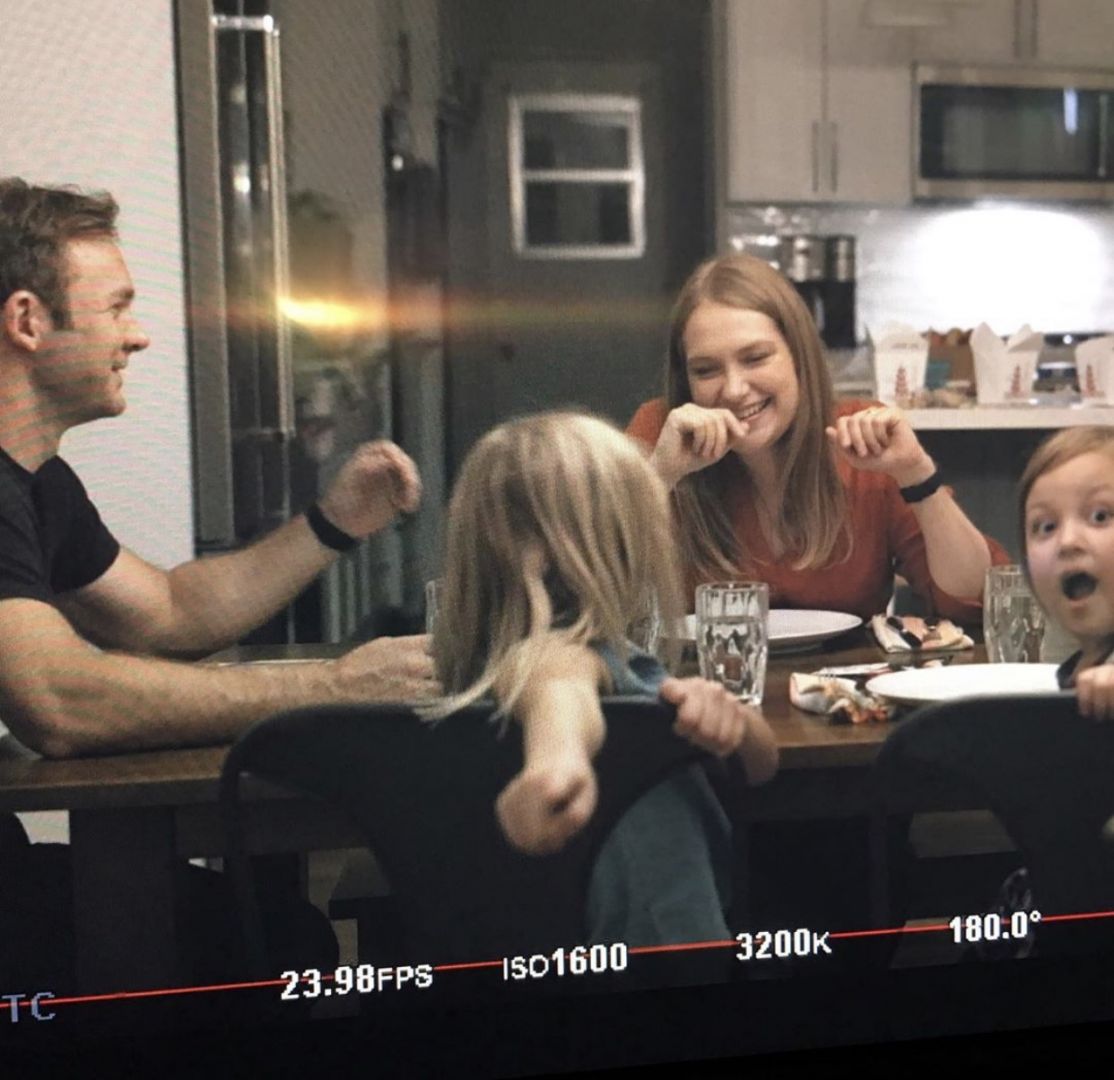 Other: I would love for you to follow me on instagram, but you can see projects I’ve worked on/am currently working on, as well as clips of my performances at: www.imdb.me/hendrixyancey