We had the good fortune of connecting with Ian James and we’ve shared our conversation below.

Hi Ian, looking back, what do you think was the most difficult decision you’ve had to make?
I’d say coming to Los Angeles 3 weeks after I graduated college when I was 22. Thinking back on it now I had this limitless drive and motivation in those days so basically nothing was going to stop me from getting here and giving it all I had. I was the only one of my friends from college that went to the west coast, everybody else was headed to New York to be on Broadway. I didn’t have a lot of money to my name and I was leaving behind an easy, safe life to take the harder road less traveled. I was young and hadn’t really experienced a lot yet but I knew that it was an opportunity to build a life for myself I knew I could have someday. I packed up my car and the U-haul and my friend Brandon and I drove across the country in 2 days from Houston, Texas all the way to L.A. Leaving my family back home, immersing myself in a completely new environment, and betting on myself the way I did took conviction and sacrifices. I ended up crashing with a friend in Long Beach sleeping on a wooden floor for over a month before I was able to find an apartment with a friend. By the following month I had three jobs and was working 7 days a week until I got my first gig with the Rubicon Theatre Company that winter. For the next 2 years it was a nonstop grind. Bartending to pay the bills, doing shows and auditioning when I could, experiencing moderate successes and colossal failures. As difficult as L.A. can be, I love it to pieces. I gained an enormous amount of admiration for the culture, history, and energy of this city. You’ll meet the most understanding and wonderful people walking down the street that can change your life with something as little as a compliment. Even in the moments where the city brought me to my knees and it was one failure or rejection after another, I never stopped thinking how lucky I am to be here or the limitless possibilities that surround us every day. Last month I celebrated my 3rd year anniversary of living in L.A. all things considered including the events of the past year and a half, I feel very proud and thankful. 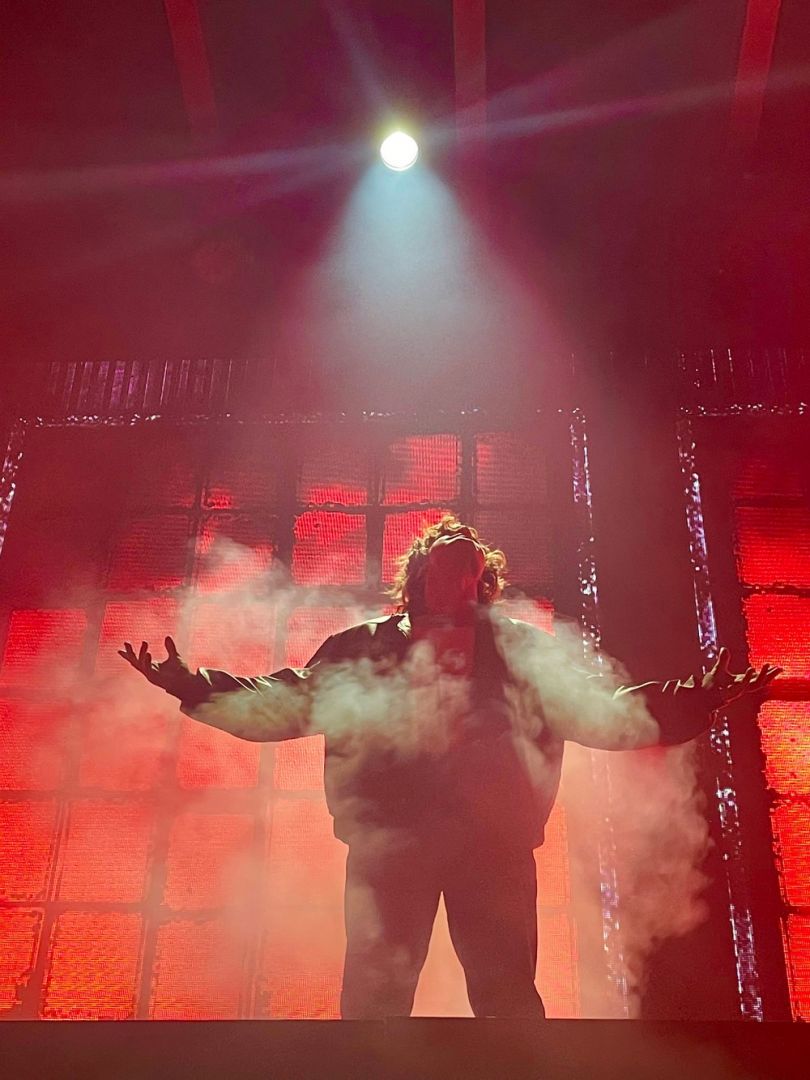 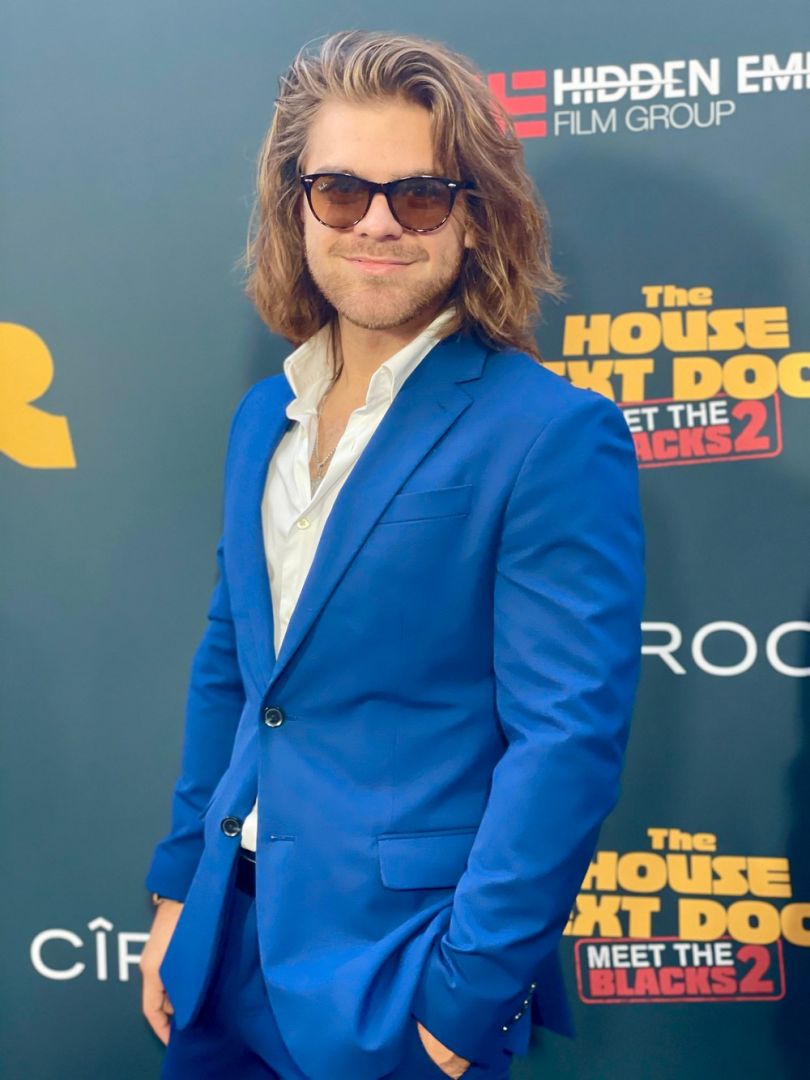 Alright, so let’s move onto what keeps you busy professionally?
I’ve been a creative performer since I could walk, it’s always been a part of the person I wanted to offer the world. I used to sit in front of the tv at 3 years old with a broken out of tune guitar and pretend I was Kenny Loggins. From a young age I was in plays and musicals in school, then community theatre into high school, college shows with more training, and so on into my professional career here in Los Angeles. I used to get made fun of because of how hard I would try because I wasn’t that good at acting or singing at the time. None of it ever came easy to me and most of the time I had to put in that extra effort just to keep up with the peers that were around me. Silencing my inner insecurities, loving my flaws, and maintaining that work ethic regardless of the bullying took years to do but it made me resilient to the “no’s”. I take a lot inspiration from The Rock and Kanye West. It’s that idea of striving to be the hardest working person in the room, even if it’s something I find challenging or difficult even if I’m discouraged from trying again. I take that perception of what they think I’m capable of and what they think my limitations are and I use it as fuel to prove them wrong. Today I’ve worked with companies like Netflix, Paramount, Amazon Prime, Universal, and HBO and worked internationally as an actor.. Achievements I could only dream of doing at the age of 14. Nobody can tell you who you get to be, that choice belongs to you. Believe you can do it and you will. My father used to take me to rehearsals when I wasn’t old enough to drive. A few years back I performed as one of the leads in a professional stage show in Houston where I’m from. I later found out that I won the Rookie of the Year award for my role in the show and my dad got to go up onstage and accept the award for me. That was really something. 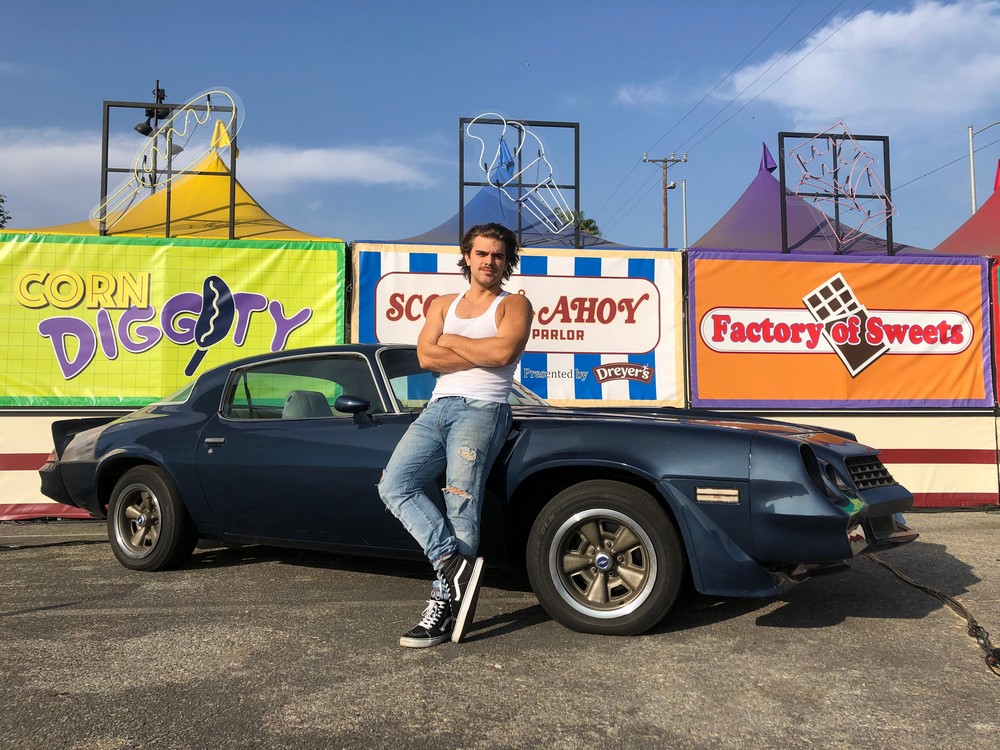 Let’s say your best friend was visiting the area and you wanted to show them the best time ever. Where would you take them? Give us a little itinerary – say it was a week long trip, where would you eat, drink, visit, hang out, etc.
Oh gosh there’s so many, Los Angeles earns its reputation in spades. I’d want to show them some history so we’d likely go by Warner Bros, The Sunset Strip and Whiskey A Go-Go’s, Musso and Frank’s and Pasadena. Also Laurel Canyon and EastWest Studios are personal favorites of mine for their musical significance. Everyone always comes to LA for the views, and for that I’d take them around Malibu, Long Beach, Castaway in Burbank for a brunch maybe. Driving down beverly blvd or the PCH around 6 pm is always magnificent with the windows down. Muholland Drive holds a special place for me. I go up there and write often. Los Amigos on Olive, Wood and Vine, and Over Under, in addition to M&F’s have the best food. Nightlife must-see’s include, Good times at Davey Wayne’s Sunset and Vinyl, Poppy, Avalon, and The Exchange. There are so many great selections at thrift shops in this city its crazy. Melrose has so many vintage gems worthing hunting for, It’s a Wrap, Downtown Fashion District, Los Feliz and Silver Lake thrift stores and for clout Rodeo Drive never fails. 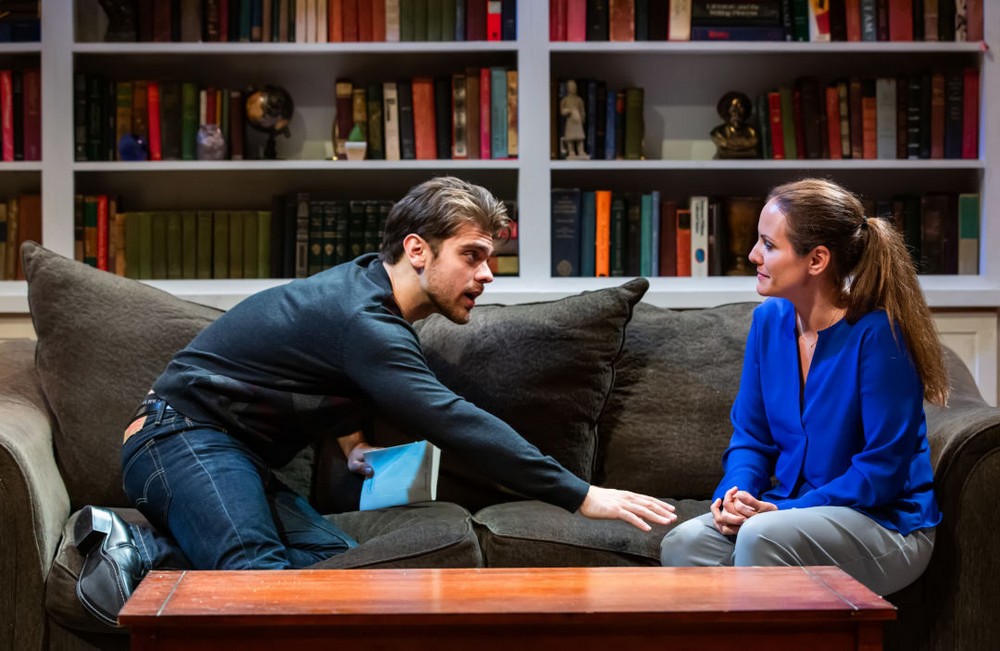 The Shoutout series is all about recognizing that our success and where we are in life is at least somewhat thanks to the efforts, support, mentorship, love and encouragement of others. So is there someone that you want to dedicate your shoutout to?
There are many many people without whom I would not be here today. These individuals provided me with guidance, knowledge, life lessons, experience, warmth, and love. They took me under their wings and showed me how to navigate the industry and I am so very thankful for their continued friendship and faith in me. My mentors Daniel Henning, Damien Douglas, Travis Kirk Coombs, Matthew Downs, Christopher Holder, Adrian Lopez and Idrise. My agent Joan Messinger. My peers and fellow creators Angelia Jade, Jhone Y Lucas, Heather Terese Blum, and Max Torrez. And lastly the ones who have been there for me at every step, my family, my little brother Ryan, Kimberly Hart, Doug Parsons, Brandon Barber, and Eric Stump.