We had the good fortune of connecting with J.D. Ramage and we’ve shared our conversation below.

Hi J.D., let’s talk legacy – what do you want yours to be?
Hopefully when I’m gone, I’m thinking in like 300-400 years or so, there will be some animatronic reptile at an amusement park, the purpose of which is to dispense candy balls that are supposed to emulate the taste we know as “coconut” (in the future there are no more coconuts). But due to labor costs and neglectful maintenance the robot lizard instead shoots out a hardened ball of boogers and alien fingernails. And each time some kid gets hit with one of these non-candy abominations I want them to think, “That’s the J.D. I remember, that’s the J.D. I remember…” 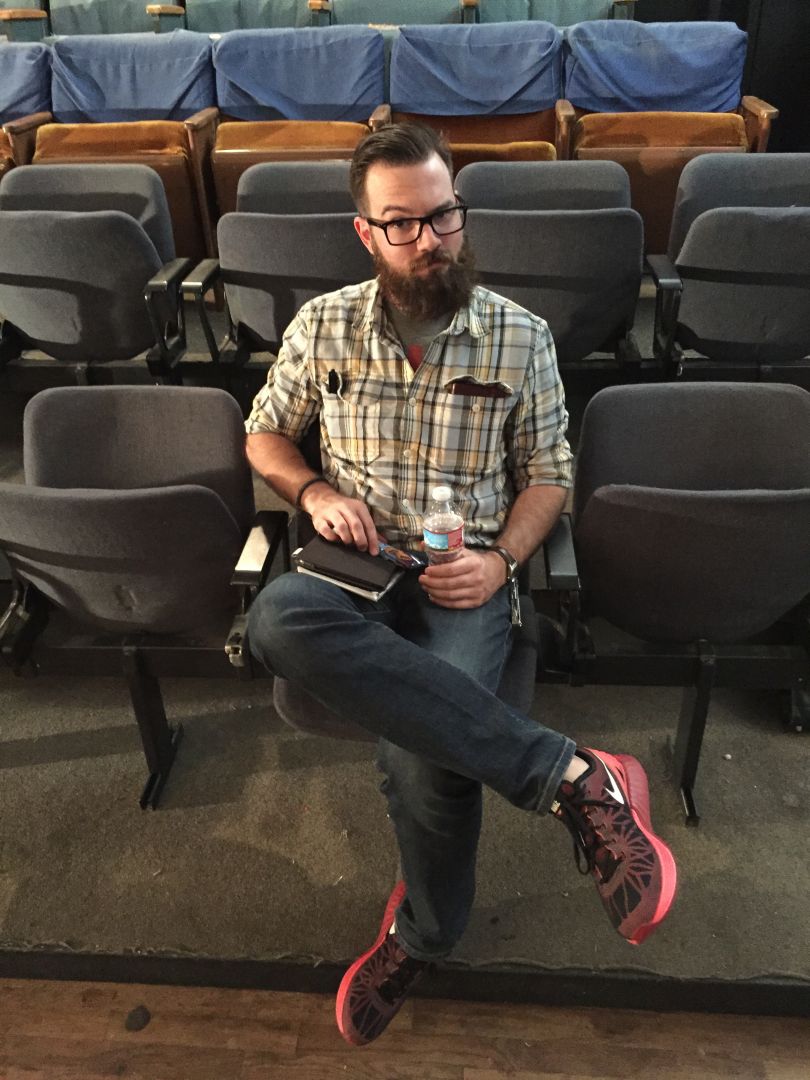 Alright, so let’s move onto what keeps you busy professionally?
I think the biggest thing that sets me apart from others is that my insides are run by this small grey man named Fermingo (or Clark for short) who lives in my spline. He also writes all the jokes and bits for food glorious food, my live sketch comedy show at the Pack Theater; we’ll talk about what makes us laugh and what we think will make others laugh, sometimes even what makes us laugh but not others. In the past I’ve been more worried about being portrayed as “not funny”, but through Clark I’ve learned that kind of thinking gets in the way. So sometimes we’ll run stuff by a few people outside of my endoskeleton, but for the most part if we think something is funny and fresh we’ll run with it. Clark’s always says, “If nobody laughs it’s still funny, only you’re now the punchline.” And that rat bastard is right. He taught me to have a good time doing my own quirky stuff and if other people get a laugh, that’s a plus. 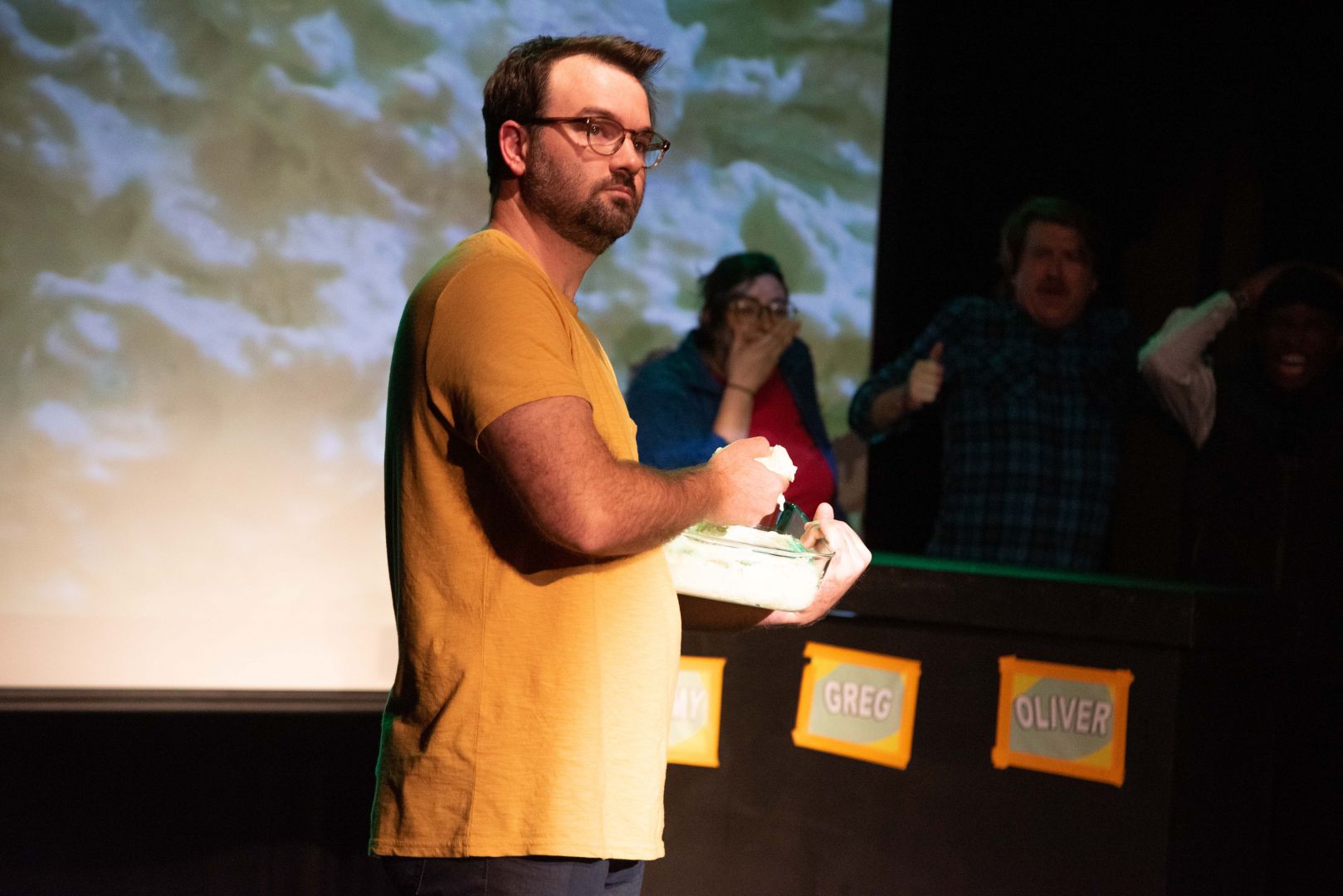 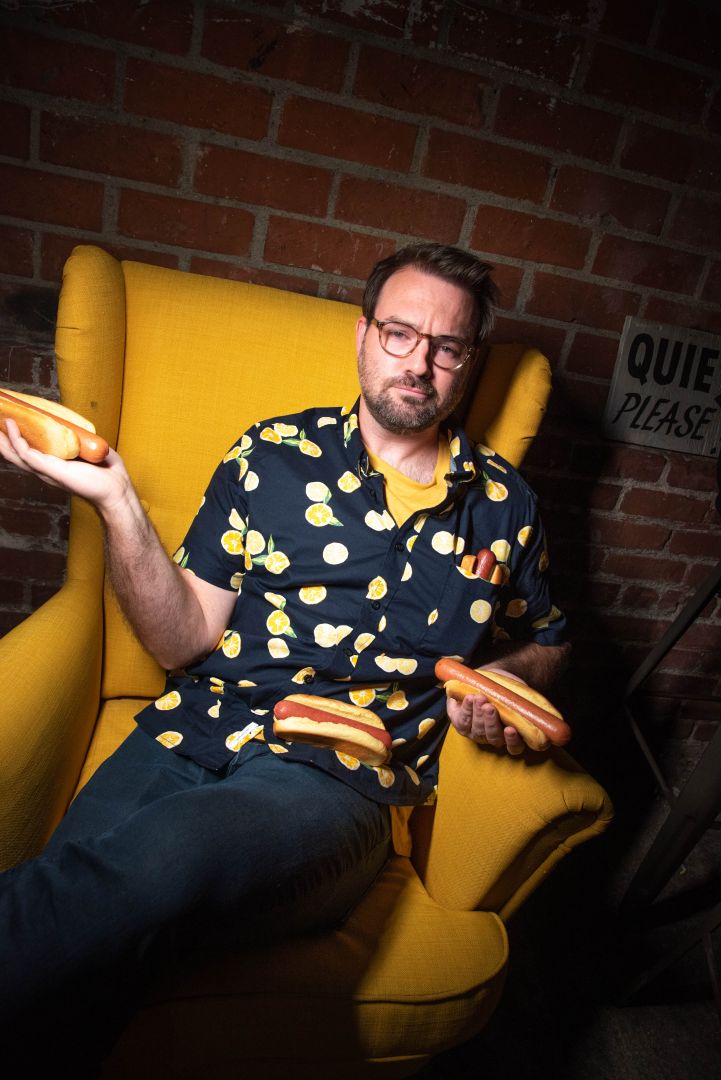 Let’s say your best friend was visiting the area and you wanted to show them the best time ever. Where would you take them? Give us a little itinerary – say it was a week long trip, where would you eat, drink, visit, hang out, etc.
First we gotta get them to Vicious Dogs in North Hollywood. If they are a hotdog fan this is the place for them. They cannot be beat. Afterwards we’ll head to the famous Hollywood Walk of Fame and stop at Aguilar Hotdogs just a half block away. They are home to a killer traditional hotdog which cannot be beat. They are massive though.

From there we’ll go to any large venue or bar or whatever as long as they have a street hotdog stand waiting for us on the sidewalk. It’s always good to support a local business, but the main attraction here is the hotdogs, as they cannot be beat. 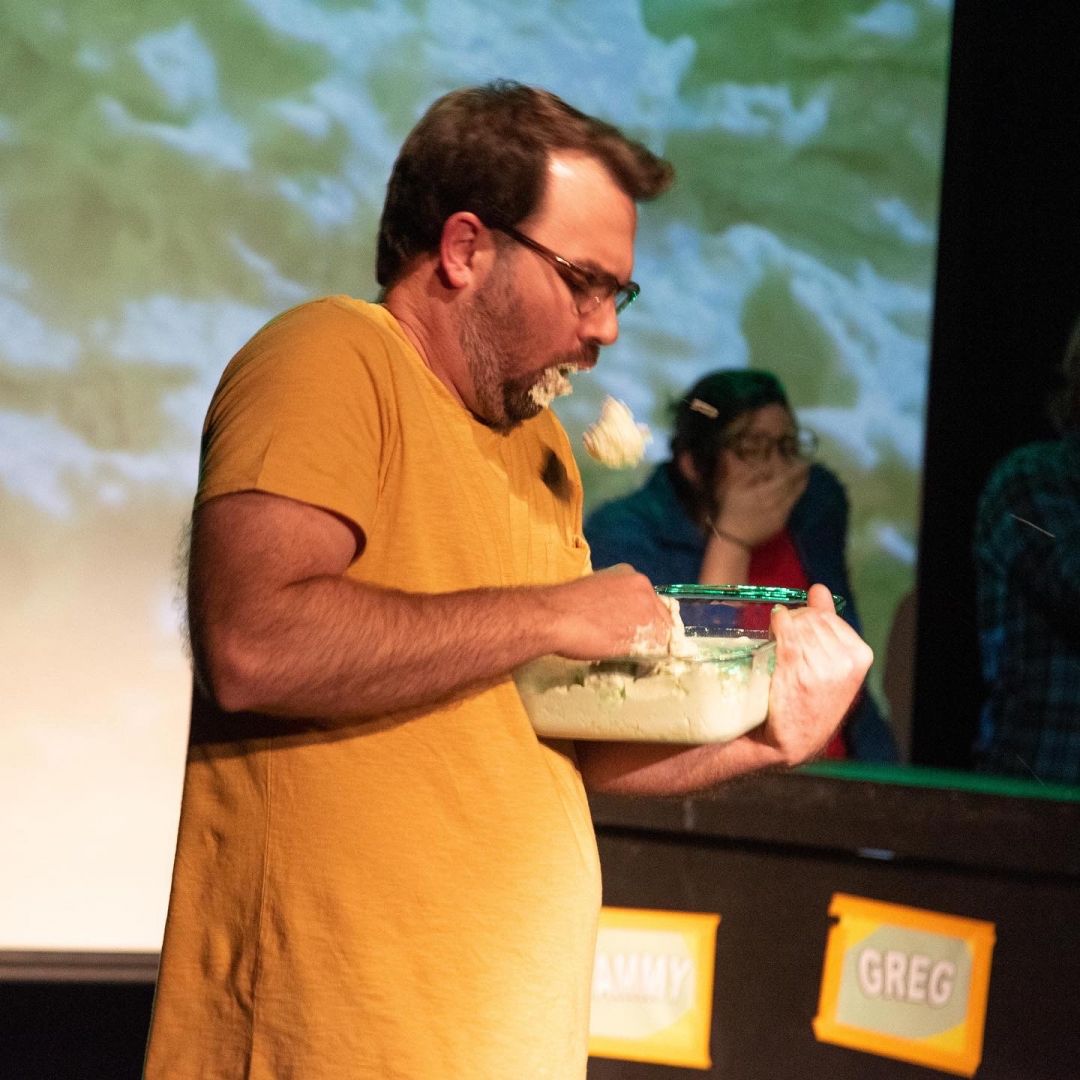 Who else deserves some credit and recognition?
Shouting outing to The Pack Theater. The Pack has been really supportive, putting up great comedy from some super rad people. They do a great job of developing unique voices and let writers/performers be as weird and original as they can, a surprisingly rare trait within a creative industry. So props to them. Additional shout out to writer and filmmaker Nick DeRuve, whose drive and passion for the craft is equal parts inspiring and intimidating. If you want a prime example of “hard work pays off”, look no further.