We had the good fortune of connecting with James Elden and we’ve shared our conversation below.

Hi James, why did you decide to pursue a creative path?
It’s Hollywood. It’s a waiting game. You sit around waiting for the phone to ring. The audition comes. You wait to give your audition, and then you wait to hear if you book it, unless there’s a callback process, so you wait to hear back on the results of that. Let’s not even talk about being on avail, but even the job itself is a waiting game. Once you get to the location, you’re waiting to get called to set. Don’t get me wrong, I’m not complaining, but the real question is, what are you doing in the meantime? How are you filling that space while you wait for someone to give you permission to do what you love to do. Eventually you get tired of waiting and being told no, so you create you’re own opportunities. The business aspect wasn’t part of the original plan. We just wanted to work, even if it meant spending money to do it. As long as we broke even, it was well worth the endeavor. If we made a little extra, that made it even better. Have I ever lost money? Absolutely. Filling seats in L.os Angeles theater can be difficult, but you can’t put a price on the experience. 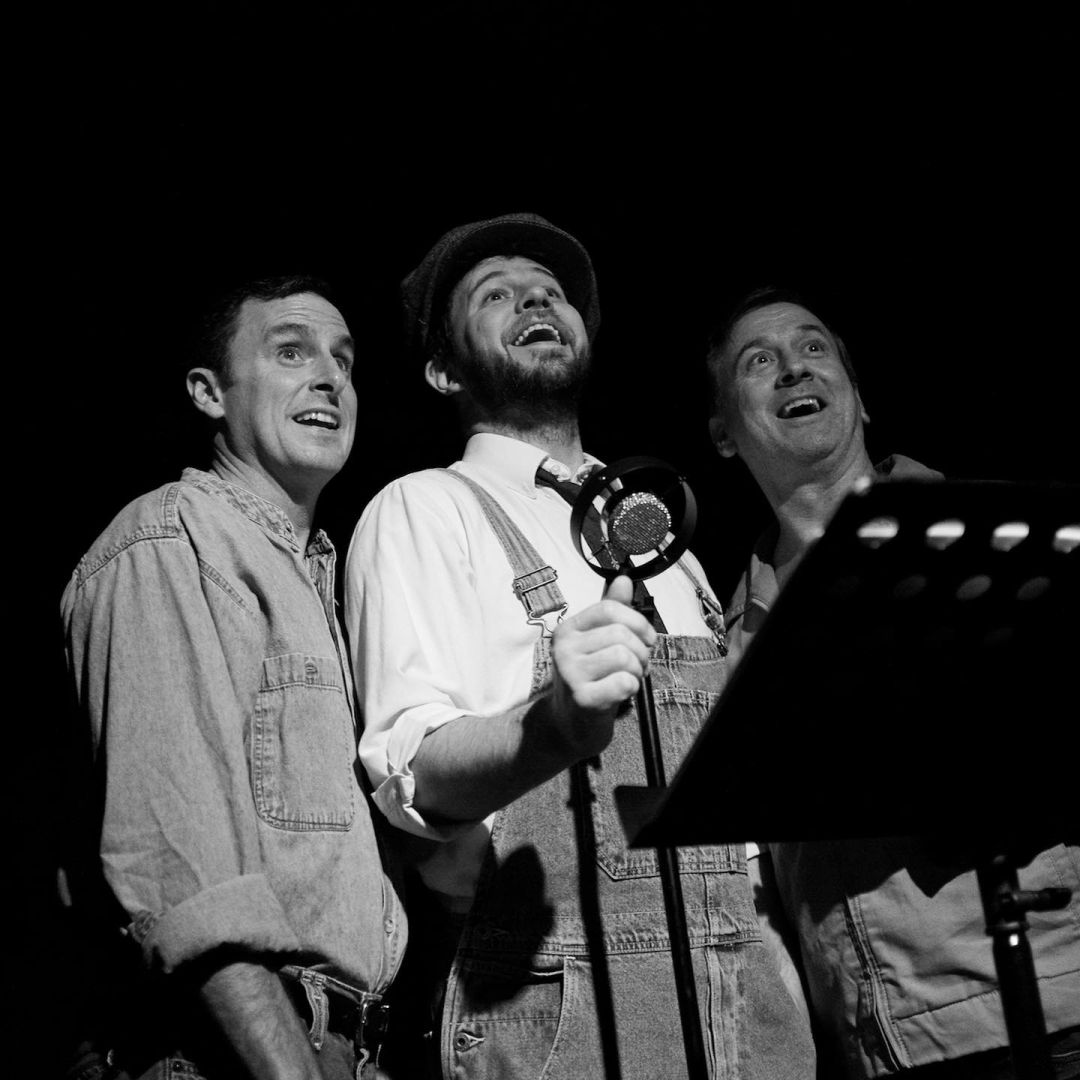 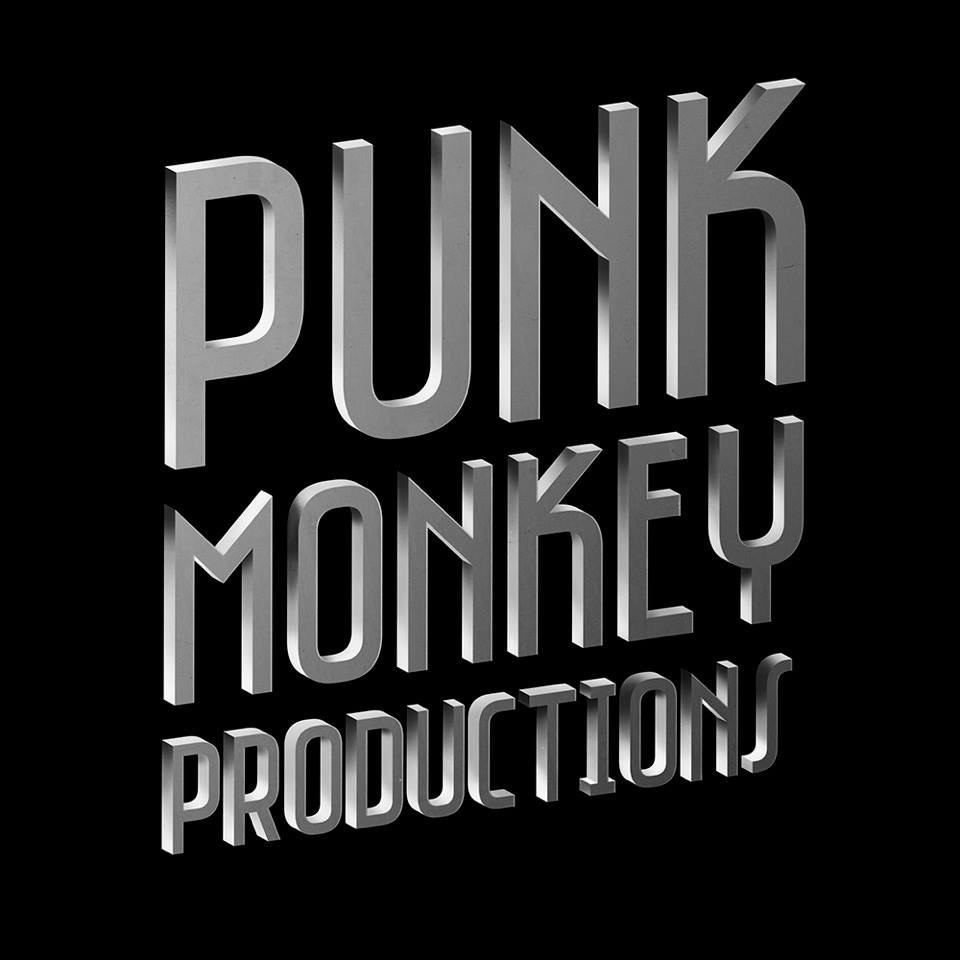 Can you open up a bit about your work and career? We’re big fans and we’d love for our community to learn more about your work.
I think both of our festivals are a bit niche. Film Noir is such an under appreciated genre and pretty unknown to the masses. Many have heard the term but couldn’t tell you what it was. To take a genre intended for the screen and try to replicate the style for the stage with original pieces is a challenge. We get close to three hundred submissions a year from playwrights from around the world. A good number of those are not even close to the concept of Noir, so sifting through those is a challenge in itself.

The Los Angeles Collegiate Playwrights Festival is still in its early years. Getting the word out to emerging playwrights about the opportunity to have their work produced and performed in a market outside of their institution of higher learning, or even their community if the opportunity is there, is quite a struggle. There are over 2,000 colleges with theatre departments and, of course, even more with English departments across the country that may or may not have playwriting programs. Reaching even one or two of those students is an endeavor in itself, not to mention the other universities in other countries that could participate if the word spread. It’s a really special project with a potential to grow even larger than we have already.

Filling the seats for the Los Angeles Collegiate Playwrights Festival has its obstacles as well. Like PLAY Noir, it’s another niche market. There are not a lot of audience members jumping to see unfamiliar works by up-and-coming artists that may or may not be from local colleges. But again, the potential is huge. It’s just a matter of building the brand. The talent is there. Now we just need the audience. 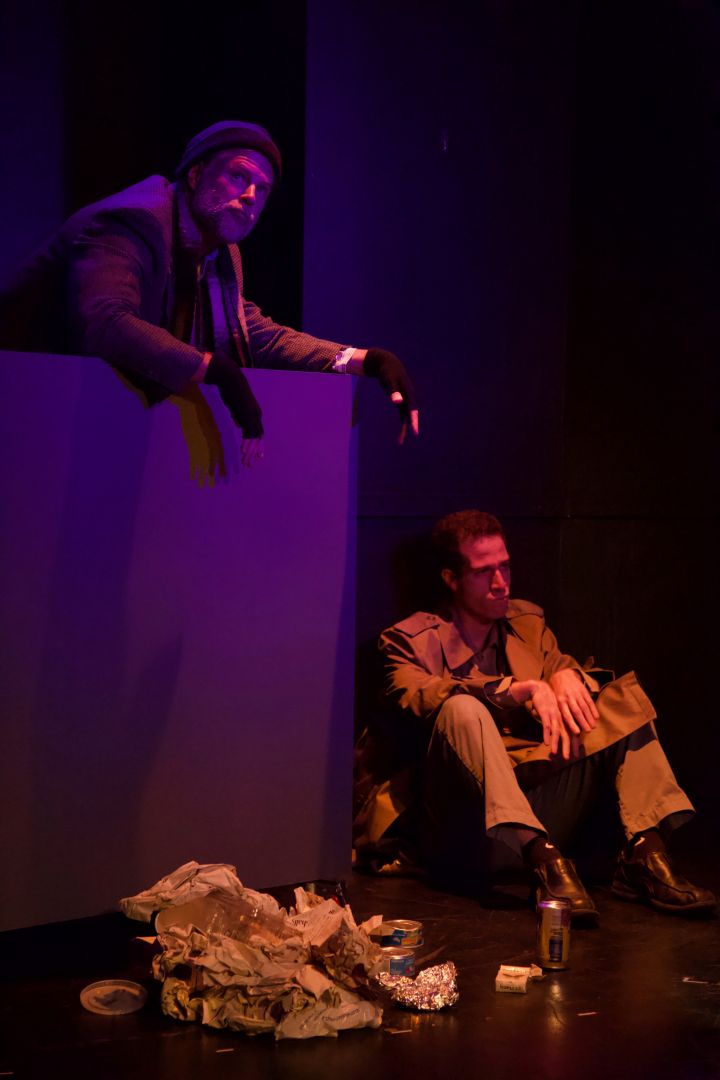 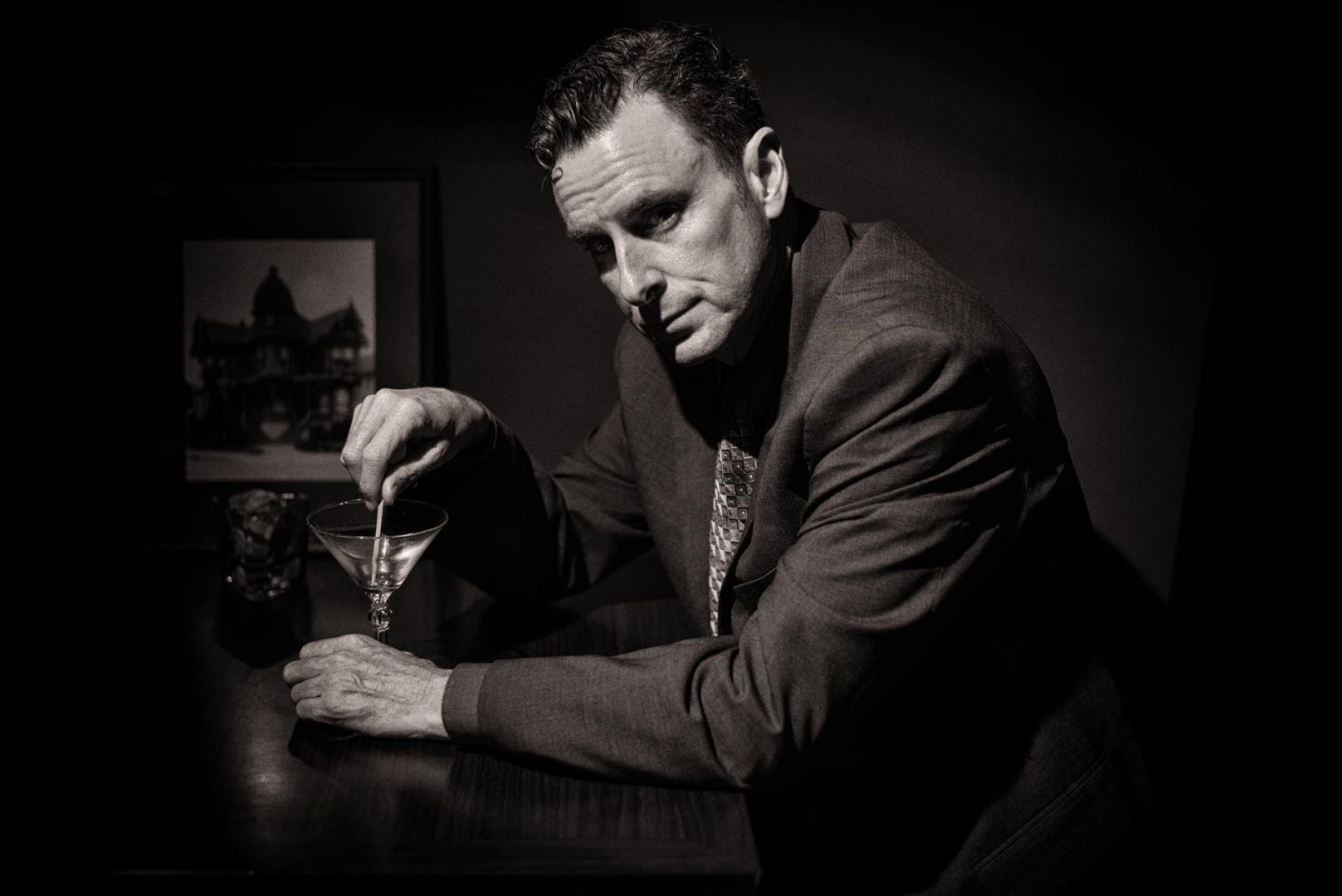 If you had a friend visiting you, what are some of the local spots you’d want to take them around to?
This is tough. So many of my favorite places have closed during Covid – staples that had been part of the community for years – so it’s hard to think of places that are still around. I think it would be a mix of outdoor activities and restaurants. A walk around Lake Hollywood Reservoir and a hike up to The Wishing Tree, or Tree of Hope, or whatever the cool kids are calling it now, is a nice getaway. It’s hard to believe you’re in the heart of L.A. Fryman is always a good bet as well. If we’re going to hit the beach, Zuma is a off the beaten path enough to avoid the tourist traps of Santa Monica Pier and Venice Beach.

While Covid’s kept everything suppressed, Mission Tiki Drive-In in Montclair has been a lovely escape and worth the trek. They have a good mix of indie features and studio flicks. If you make the trek, I highly recommend hitting up Tasty Goody Express for your dining needs to enjoy in the privacy of your vehicle during the film. Tasty Goody is like a mom-and-pop Panda Express, but they PACK it in with a pound-and-a-half of food which they happily advertise on their menu. It’s definitely three servings that’ll last you throughout the double feature.

I’ve been enjoying Hungry Crowd in Toluca Lake for weekend brunch. It’s a bit of Korean fusion. They have a good chicken and waffles option as well as a really good Korean Beef Benedict. Paty’s down the street is a favorite as well if you want something a little more traditional. It’s been around since 1960, so they must be doing something right.

I”m also a fan of Little Toni’s in North Hollywood. Old school Italian diner that’s been recently renovated for a more modern feel, but their menu and recipes have stayed the same. They have good pizza. What can I say?

I’d also recommend 7 Mares (Siete Mares) in Silver Lake. Hands down the best fish or shrimp tacos in the city.

A lot of these places are a bit off the beaten path. I’m not one who stands in line for food, and I don’t do crowds, so I avoid the go-tos. My nighttime getaway would have to be Hotel Amarano in Burbank. It’s close to home for me, figuratively and literally. They have a newly renovated bar and a great new menu. I’ve had quite a few birthdays and New Year’s Eves there. It’ a great hidden gem. 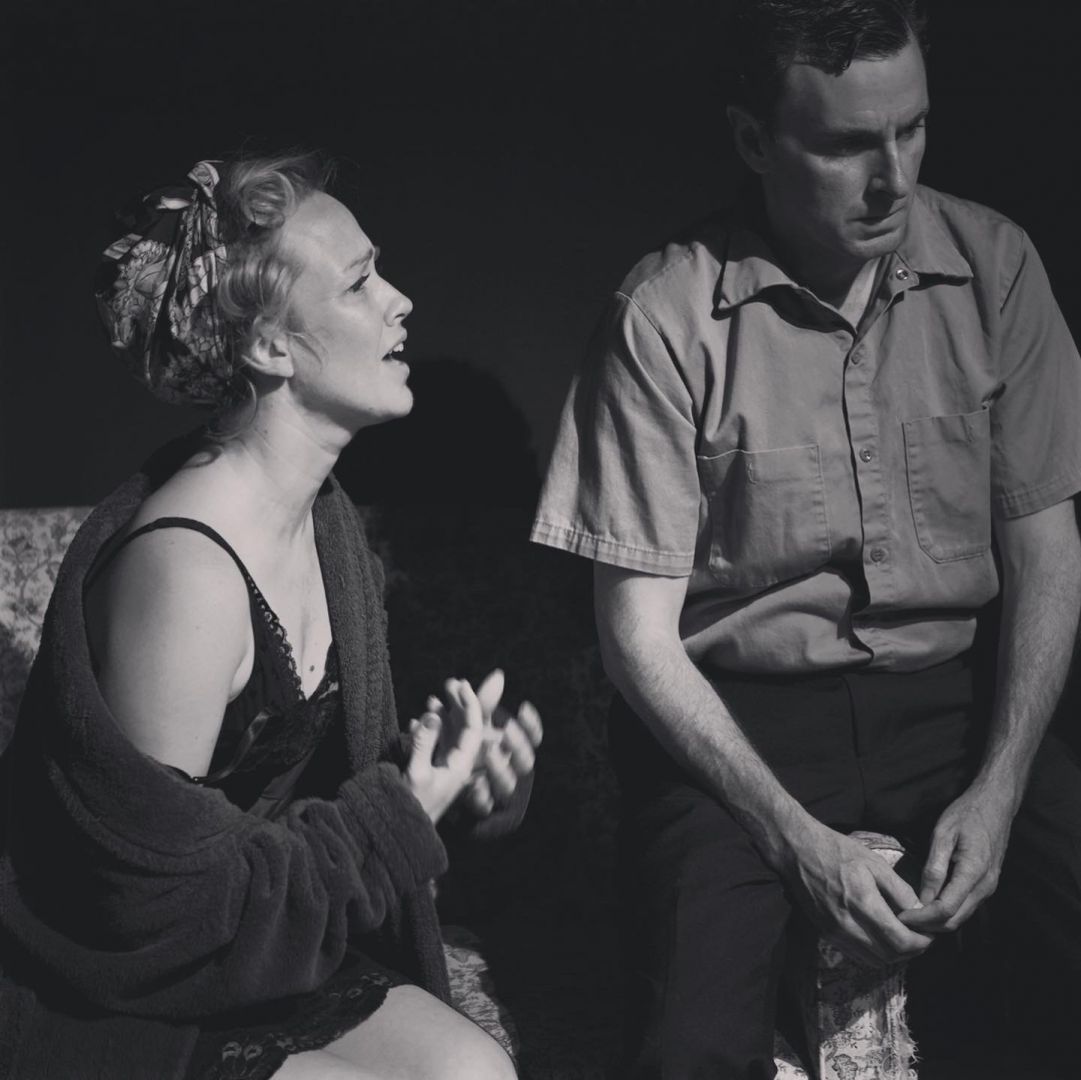 The Shoutout series is all about recognizing that our success and where we are in life is at least somewhat thanks to the efforts, support, mentorship, love and encouragement of others. So is there someone that you want to dedicate your shoutout to?
Quite a few faculty members at Harvard Westlake, a private school in North Hollywood, had quite an impact on the path I took in my career. I’m not sure I would have even taken the route I had without their influence which started with Dan Fishbach who had invited me to a private and professional acting class for adults that took place on campus. Ted Walch and Christopher Michael Moore conducted the class and not too long after my joining, Chris had asked if I would be interested in directing one of the student written pieces that were part of their Young Playwrights Festival. I had never directed anything outside of my advanced directing project in college, so in truth, I was a bit over my head and had no idea what I was doing. You have to start somewhere and the opportunity presented itself, so I jumped at the chance. I believe that was in 2004. I would go on to direct and mentor for Harvard Westlake’s playwrights festival for, I believe, twelve years. One of those included directing Ben Platt and Katherine Gallagher in a tongue-in-cheek film noir parody called The Zone Ranger which would later be the catalyst for the PLAY Noir series we developed under Punk Monkey Productions, which has seen seven seasons comprised from global playwrights. This series would be the foundations a few years later for the Los Angeles Collegiate Playwrights Festival which is geared toward bringing the works of college playwrights to the L.A. stage. I’m not sure I would have followed a career path in theatre production and directing without my time at Harvard Westlake. 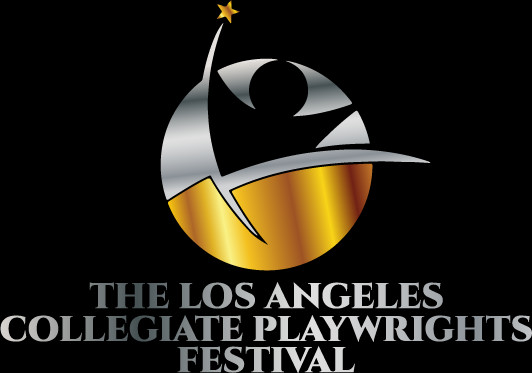