We had the good fortune of connecting with James Hereth and we’ve shared our conversation below.

Hi James, why did you pursue a creative career?
Pursuing an artistic career isn’t for the faint of heart, for sure. But it was the only path I ever considered.

As a kid I loved drawing. Later on, I found acting, writing, and filmmaking, and they were a huge part of my life all the way through high school (much to the chagrin of my teachers).

When it came to college, I looked for a school to capitalize on these things that engaged and inspired me. After majoring in Film and Television at NYU, it was really only a question of how to take that education and make a living with it.

Regardless of where I landed, though, I knew I’d never have to wear a suit. 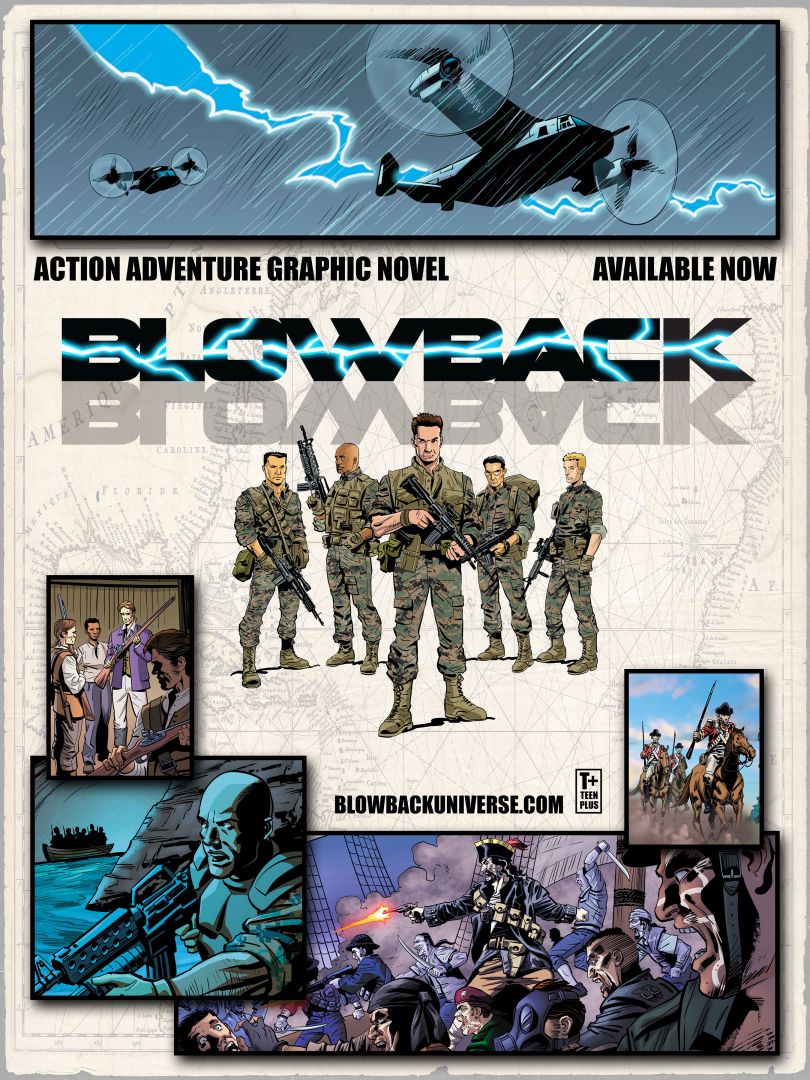 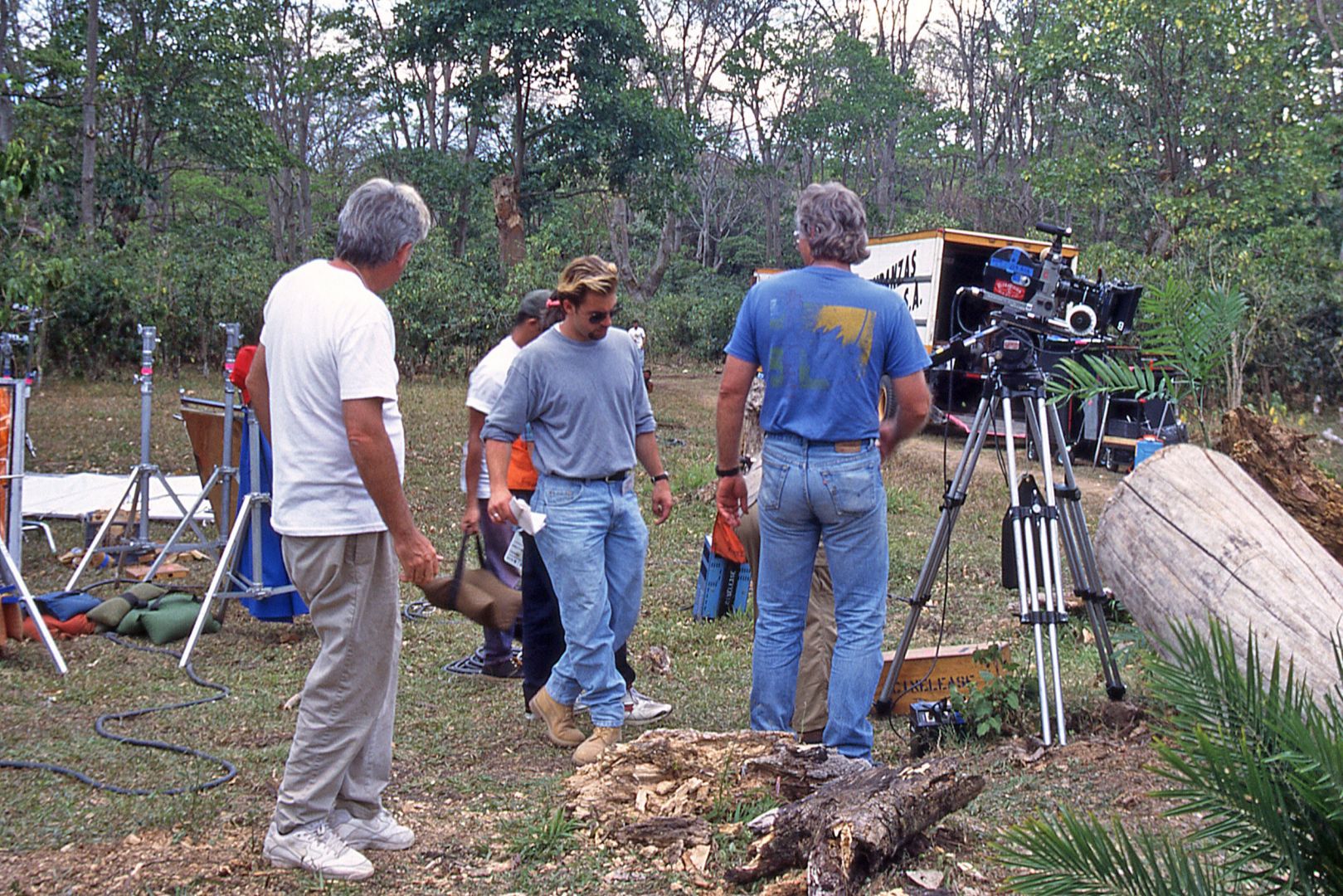 Alright, so let’s move onto what keeps you busy professionally?
My art has taken a lot of different forms throughout the years. These days, it’s primarily writing. Though the true art is finding ways to create while also making a living, as I’m partial to both food and shelter.

As a writer, I think I have a unique voice. Hopefully an entertaining one. Most stories have already been told in one form or another, so the difference is the storyteller’s singular method of expressing themselves, combining life experience, cultural interests, and point of view.

For me, there’s always humor, whether it’s at the forefront, or bubbling under the surface. I also like an element of action or adventure driving the plot for a kinetic experience.

More than anything, I try to make my work engaging and fun. Something I’d want to see or read myself.

Right now, I’m absolutely most excited about “Blowback,” the graphic novel I wrote with Rhonda Smiley.

It follows a group of present-day Marines who disappear in the Bermuda Triangle and find themselves in 1776. There they battle a stranded WWII British Destroyer bent on crushing the American Revolution.

The story is about as “high concept” a project as I’ve worked on. It has action, time travel, and a crossover of eras, which I’ve always been drawn to since seeing movies like “The Final Countdown” and “Time Bandits.”

As a screenwriter, the execution of your work is usually out of your hands. But with an indie graphic novel, the writer also serves as a producer and director of sorts, working in conjunction with the art team to make your words transform into images.

Kev Hopgood, the artist we recruited on the project, co-created War Machine back when he was a penciller on Iron Man, so we knew we were in good hands. Along with colorist, Charlie Kirchoff, they beautifully brought to life an eclectic array of elements, including tall ships, horses, pirates, and tiltrotor aircraft.

Getting where I am professionally required a network that started while I was still in school. A friend who had graduated the year before me had a job waiting when I got to LA. My peers, as much as the people doing the hiring, were the ones that helped me get my next gigs.

I try to always do great work, and – just as importantly – be a great co-worker. That’s what makes people want to have you around again. It’s held true in my editing jobs as well as my writing.

Networking is a two-way street, though, so I try to stay in touch and help people when I can. In turn, they do the same for me.

It’s rarely easy, of course. Competition for the creative jobs in the entertainment business is fierce, so it helps to have a bit of perspective about the odds.

I haven’t had much trouble finding jobs in general, but I’ve definitely struggled to consistently get writing gigs. In the slow times, I try to keep broadening my network, let people know I’m looking for opportunities, and work on my own projects.

I think perseverance is the answer to almost everything. Work hard, don’t be a jerk, and be prepared when opportunities arise. I think it’s also important to take some calculated risks and relish every victory or achievement, regardless of how small.

As a creator, I’d like adventure and comedy to come to mind when people think of my work. Regardless of genre or medium, I always want to have something propelling that story forward and generating smiles in the process. 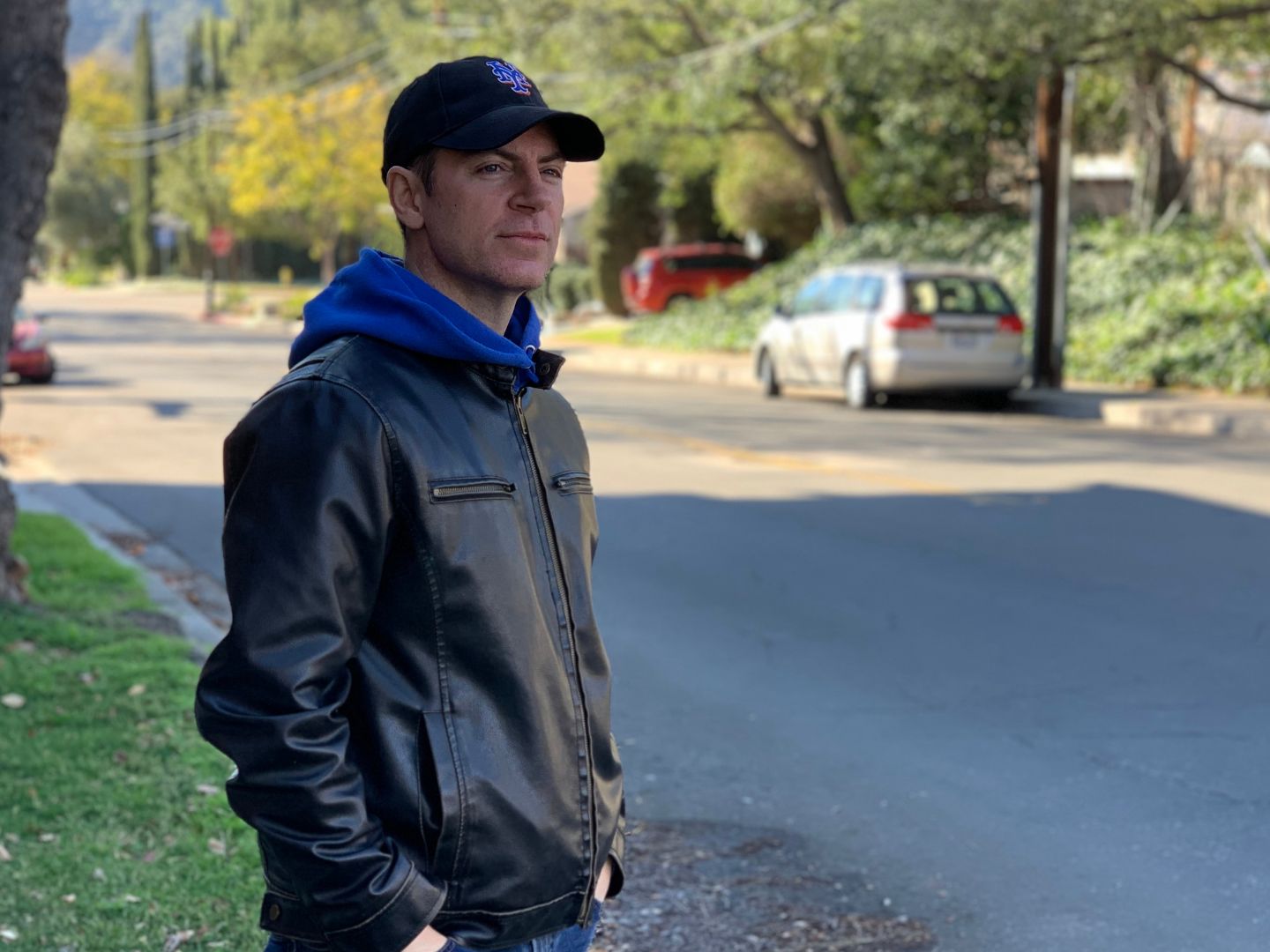 Any places to eat or things to do that you can share with our readers? If they have a friend visiting town, what are some spots they could take them to?
My best time is probably much different than a lot of other people’s. For me, great conversation peppered with laughs and accompanied by good food and drink, is where it’s at.

I’d definitely take a visitor to Honolulu Avenue in Montrose. This tiny corner of Glendale has a charming small-town vibe, some great places to eat, and a farmer’s market every Sunday. It’s this kind of backdrop that makes it popular for filming (see Frank the Tank streak through in “Old School”). A similar feeling can be found in South Pasadena on Mission Street, with food, coffee, parks, and a great walking route all the way into San Marino.

Speaking of walking, the Secret Stairs (guidebook by Charles Fleming) are a unique way to break a sweat while showing a visitor some local history. The hidden stairway routes take people through some unfamiliar pockets of town, accompanied by fascinating trivia of the area.

The Greek Theatre in Griffith Park is an excellent place for a live show. Sitting outdoors beneath the stars in an intimate venue is an experience in and of itself. Another alternative, though three times larger, is the Hollywood Bowl, with its own iconic magic.

More standard classics are the Santa Monica Pier and Disneyland. I went to the latter with some friends when Galaxy’s Edge first opened and had a blast. 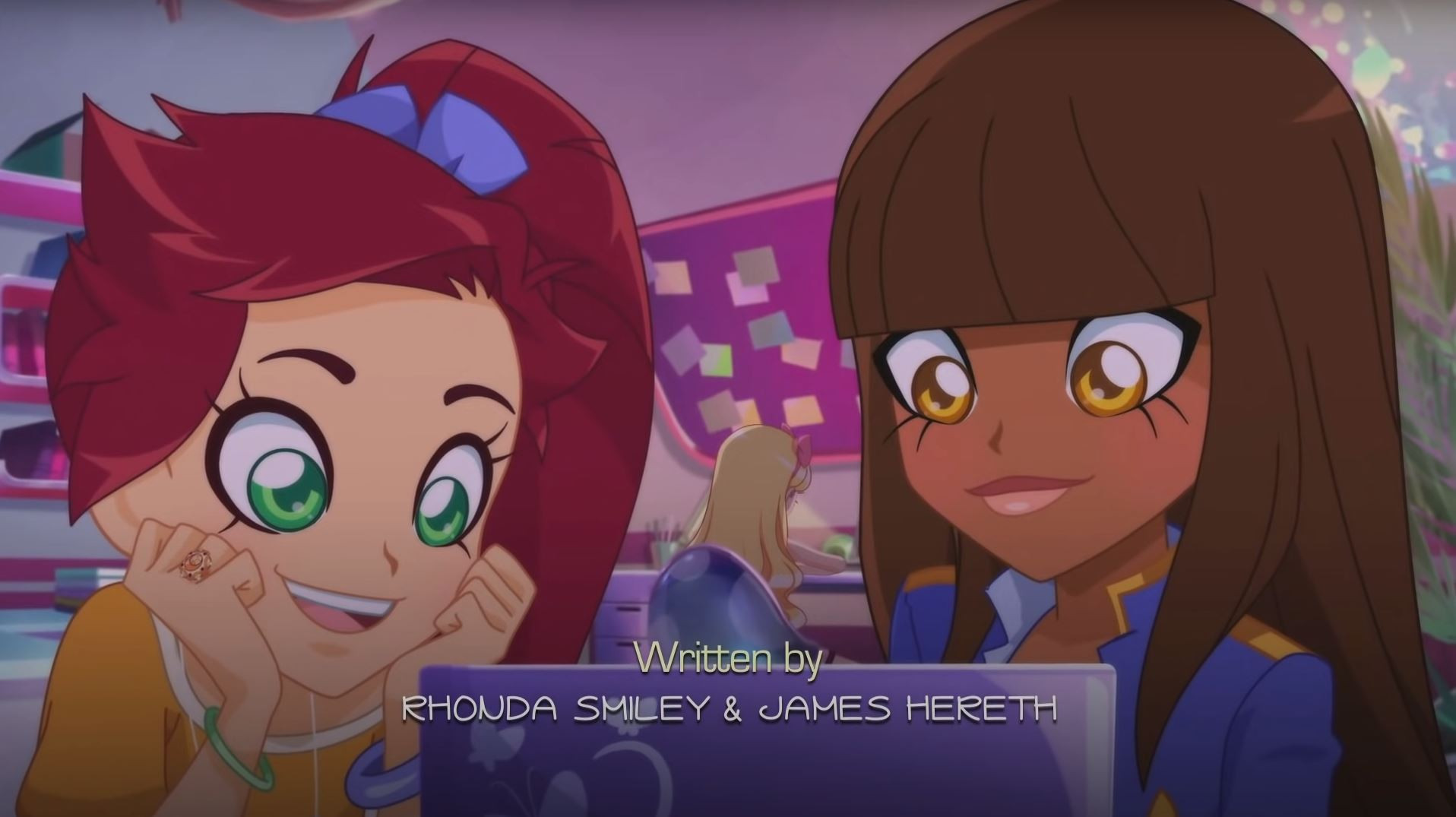 The Shoutout series is all about recognizing that our success and where we are in life is at least somewhat thanks to the efforts, support, mentorship, love and encouragement of others. So is there someone that you want to dedicate your shoutout to?
My success, or continued pursuit of it, has been helped along by a lot of people. My earliest supporters were my parents, who might’ve felt more comfortable with a corporate gig for their kid, but encouraged me to follow my dreams, nevertheless. That included providing the means for me to go to a private college to pursue my creative interests.

At NYU and immediately afterward, friend and fellow student, Timothy Scott Bogart, was a big booster and frequent collaborator. After college, we went through the very early stages of building a career in the entertainment business together and he brought me in on projects I wouldn’t have been a part of otherwise.

These days, Rhonda Smiley is most often in the trenches with me. We first met on a syndicated series and have subsequently worked together on freelance writing, series development, and assorted specs. Last year we released our debut graphic novel, “Blowback.”

She does it all, but is particularly focused on dialogue and character. In addition to the work we’ve done together, she recently released two novels on her own – Young Adult fantasy, “Asper,” and Middle Grade comedy adventure, “Monty and the Monster.” 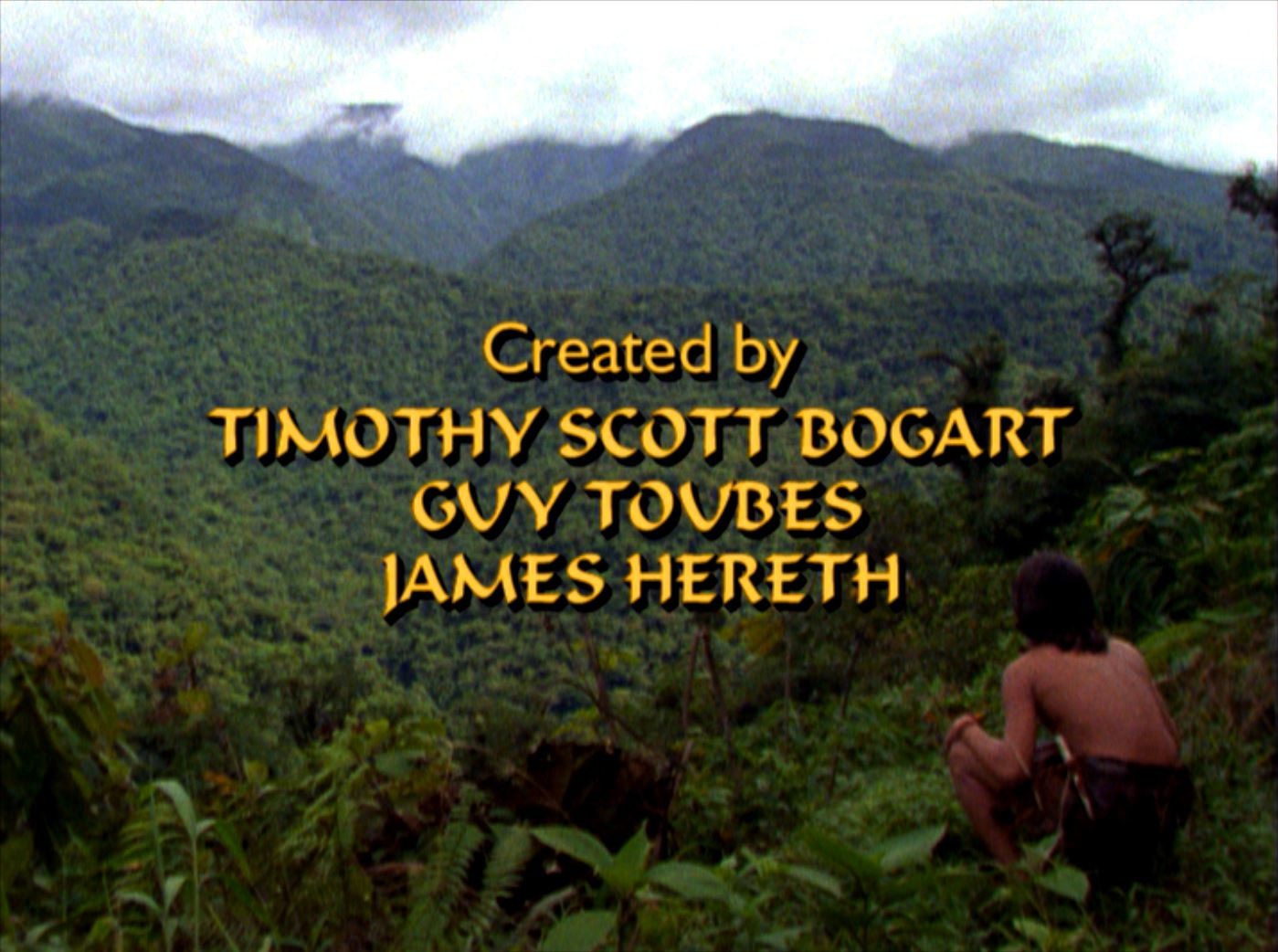 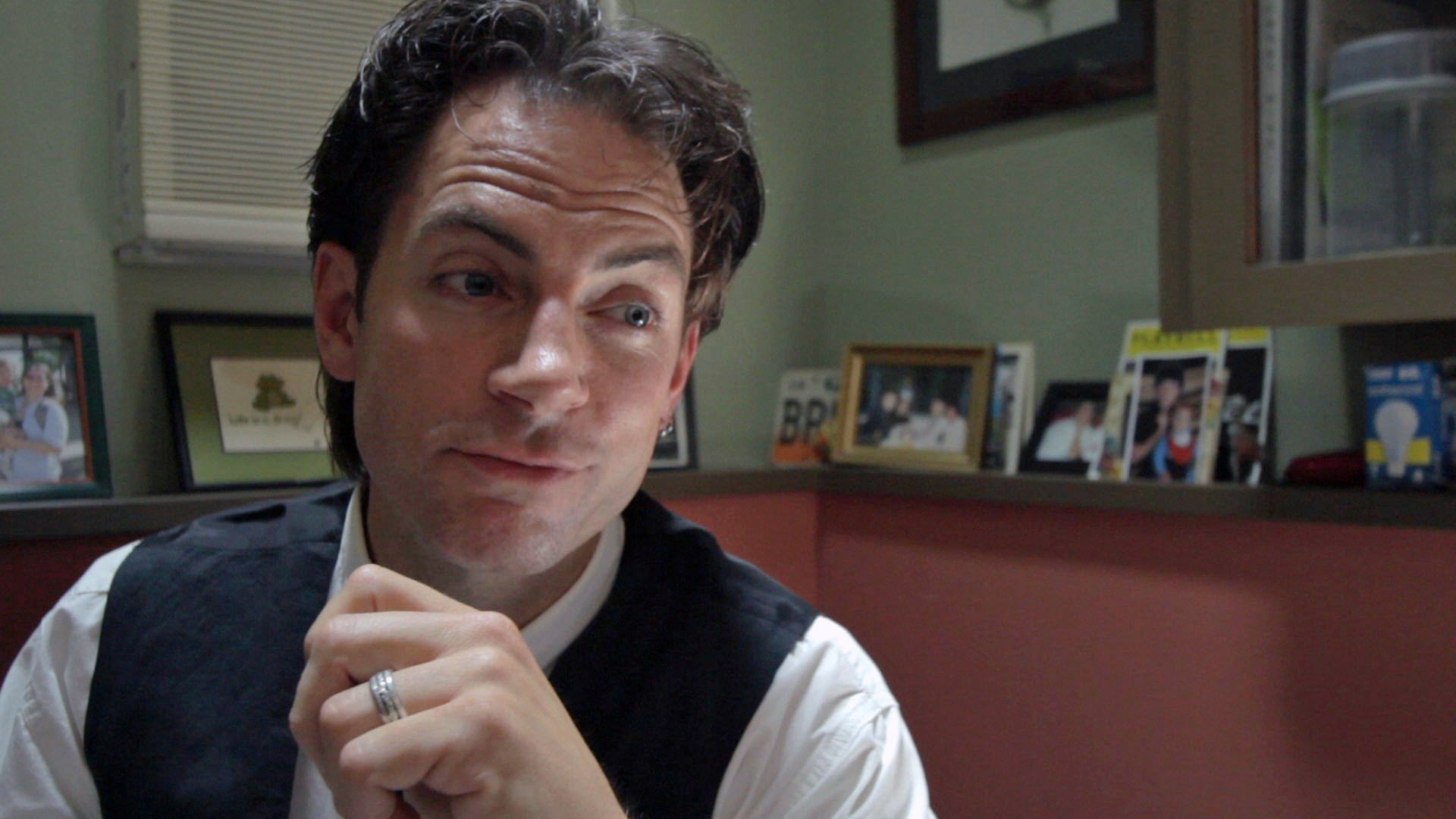