We had the good fortune of connecting with Jan Rivera and we’ve shared our conversation below.

Hi Jan, we’d love to hear about how you approach risk and risk-taking
The events that I value the most throughout my career happen to be attached to risk. Stepping out of my comfort zone has been one of the most important factors in materializing the goals that I have achieved as of now. Even before studying in LA, even before working, coming to the states from Puerto Rico with my wife while having about a month’s worth of money was already a huge risk. We were close to being homeless about 2 or 3 weeks in, and that would set the tone for our future risk assessments. Deciding to make a living from music, founding a music publishing house, and consulting for Fender were all risks with potentially catastrophic downsides. However, there’s no bigger downside than not trying to achieve your dreams. The pain that would result from that decision would last a lifetime… 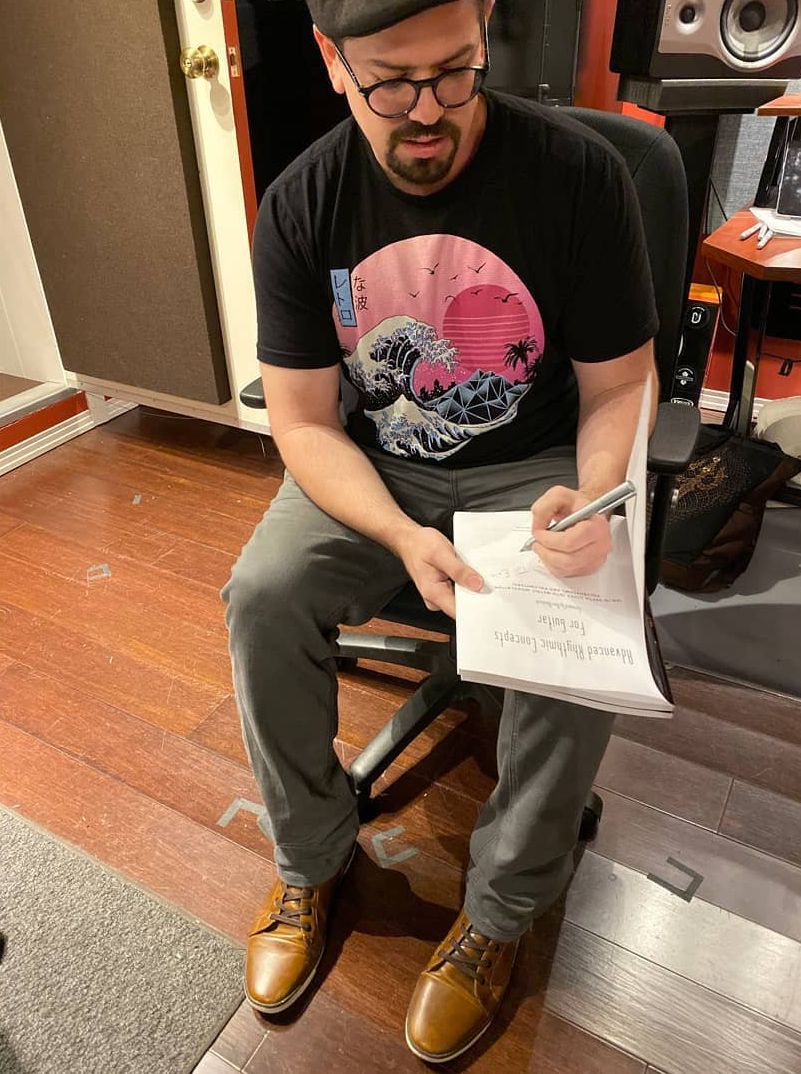 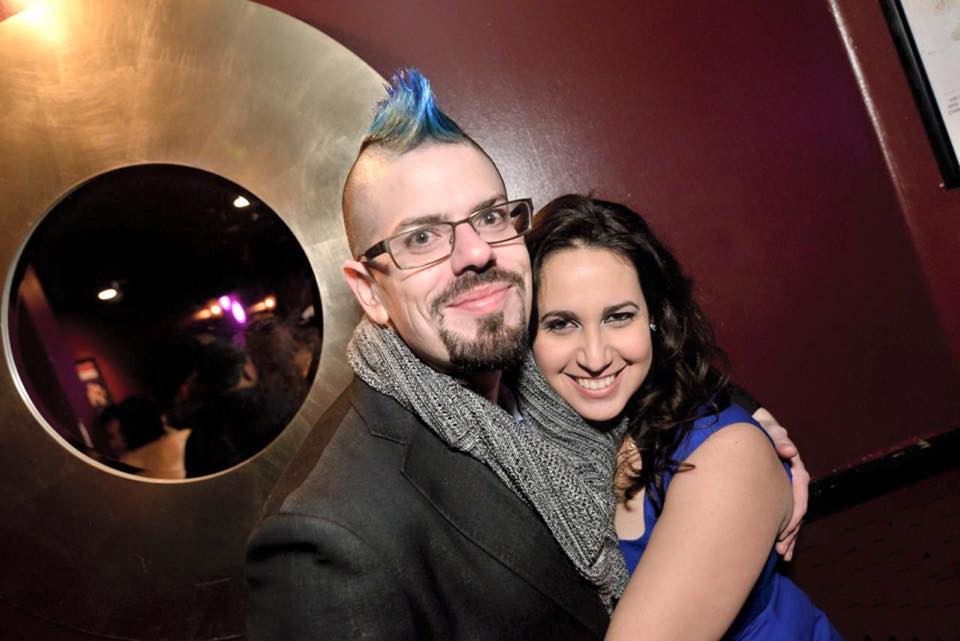 Alright, please tell us more about your work and career.
Some of my fondest memories playing the guitar happened as a kid. Playing my first acoustic which had a small hole in the top, next to the sound hole. My father would play a few chords and sing while family and friends would join in. There was unity, love, and friendship all at one place. At that moment this feeling came over me that I needed to continue this path. This lead me to pick up the guitar and learn the songs he would play.

Now we played and sang together, my mom would play a bit of an instrument called the cuatro, and we accompanied each other. It left an impression and I continued to play for fun throughout several years. When deciding to go to music school at 16, there were only classical studies in the island, and we didn’t have any money for me to go to the states, so that’s where I went. While working on my studies, my mom was diagnosed with breast cancer. I was 21 when she died, she wouldn’t get to see me graduate from any of the degrees I obtained, get married or see any of the other events of my life unfold. Every single victory in my life comes with the somber reminder that it is yet another thing within the long list of experiences that we will not get to share…

Two years later I married my wife Jary and we decided to come to Los Angeles. I would go to Musicians Institute and she would start working. We went through many challenges, including almost becoming homeless within a short time after arriving. With a little luck, and a lot of sacrifice, we survived. We’ve been together for 16 years and have been married for 13 of those. She is an absolute Titan. Someone who did not think twice about coming to the states regardless of the fact that she did not master the language, only to become a team leader and a source of guidance for so many of the people that have worked with her. It’s difficult not to be amazed. She has been instrumental to each and every company she has worked for, and her development has been mind boggling. It is an absolute pleasure to call this smart lady my companion. As if this weren’t enough, she supported both of us while I was at school. This was absolutely paramount to achieving anything and everything that would follow. While in music school I decided to author a book named Advanced Rhythmic Concepts for Guitar. If I’m being honest, it was written for myself. If one person had read it, I would have been over the moon. Little did I know that it would become an Amazon #1 top seller, published in two languages, and studied and sold in universities in and outside of the US. There was no reason to think that the book would be successful. As a matter of fact, I reached out to two major publishers. Both declined without even looking at the manuscript. That goes to show you though, always keep trying.

Shortly after, we decided to move to San Diego in pursuit of a dream career opportunity for my wife. Just like she had done for me before, I jumped on board and we set out after another dream, hers. There’s no way to have known it, but after completing two more degrees there, Musicians Institute offered me a T.A. position the day after my wife was to accept the offer. This meant I would have to commute from San Diego to Los Angeles 3 times a week for a year, a 3-4 hour drive each way. So, I did. Our dreams are always worth it… While in San Diego, I also started a private studio and eventually was named to the “Best Guitar Teachers in San Diego” list by Expertise.com three years in a row: “2016, 2017, and 2018.” In addition, the idea to start a publishing house appeared out of the wish to help other musicians who had gone through the same problems, and so Violet Anamnesis Publications was born. We don’t do normal book deals where authors have to invest or pay back loans. Instead, we are a partnership, 60/40 in favor of the author. We both put in work, we both succeed or fail. At the end of the day though, the artist gets the bulk of the profit, as it should be.

To date we have published 10 volumes of music curricula, as well as the publication of 17 music instructional books. Around this same time opportunity knocked again. A friend of mine let me know that Fender Guitars was looking for a consultant to help write and develop their guitar curriculum. The commutes started like before, 2-3 times a week for 2 years from San Diego to LA. Those dreams pushing again…

At the start of 2019 we decided to move back to Los Angeles. The commute was getting heavy, and my wife started flying to other states for work so it didn’t make sense to stay anymore. Throughout my time at Fender I’ve written lessons, acted as curriculum designer, have been the lead video reviewer, and most recently worked as a sort of an on-set curriculum and performance MD, working hand in hand with the content director/producer. Work was great, and then the pandemic hit… Fender’s studio was closed, I was out of work. But as always, this seemingly closed door was just another opportunity. And so, I decided that it was the best time to start working on something else while life came back to normal.

Today I am working on a record with instrumental giants such as Marco Minnemann (The Aristocrats, Alex Machacek), Chad Wackerman (Frank Zappa, Allan Holdsworth), Mohini Dey (solo artist, Steve Vai, Jeff Beck), Pete Griffin (Zappa Plays Zappa, Generation Axe tour, Dethklok), Nili Brosh (solo artist, Tony Macalpine, Dethklok), Eli Marcus (Jeff Lorber, Dave Fiuczynski, Lee Ritenour), among others… It’s hard to imagine that little kid that used to play his favorite (and only) acoustic guitar with a hole next to the sound hole, strumming away in a hammock with his feet on the dirt, underneath a “gazebo” originally made from zinc roofing and some logs that my father, grandfather, and I cut from the woods would end up recording with these people. A lot of times I questioned if leaving the island would even be a reality, much less going to a music school in Hollywood, or anything beyond that point. The word grateful falls short at this point… 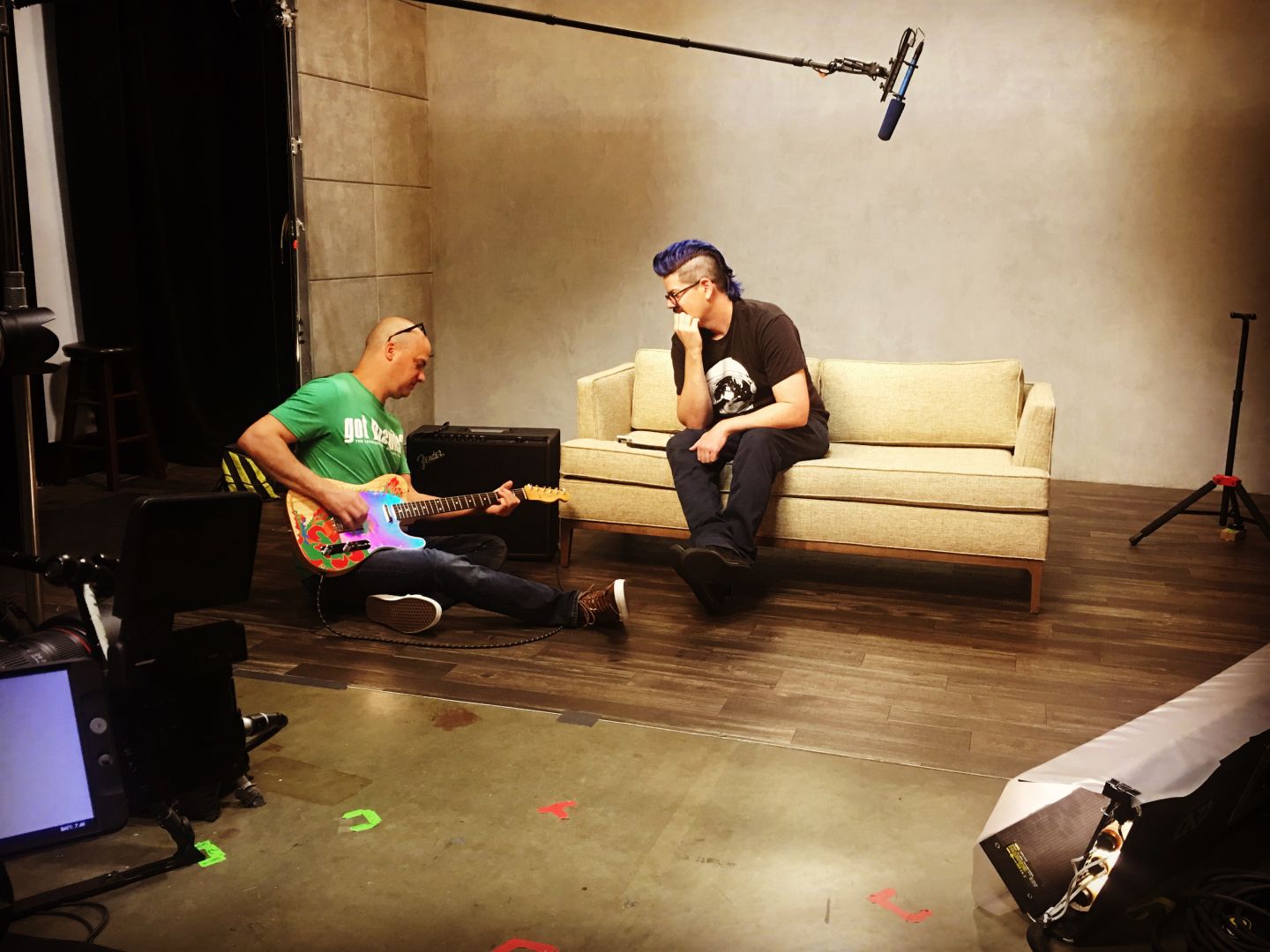 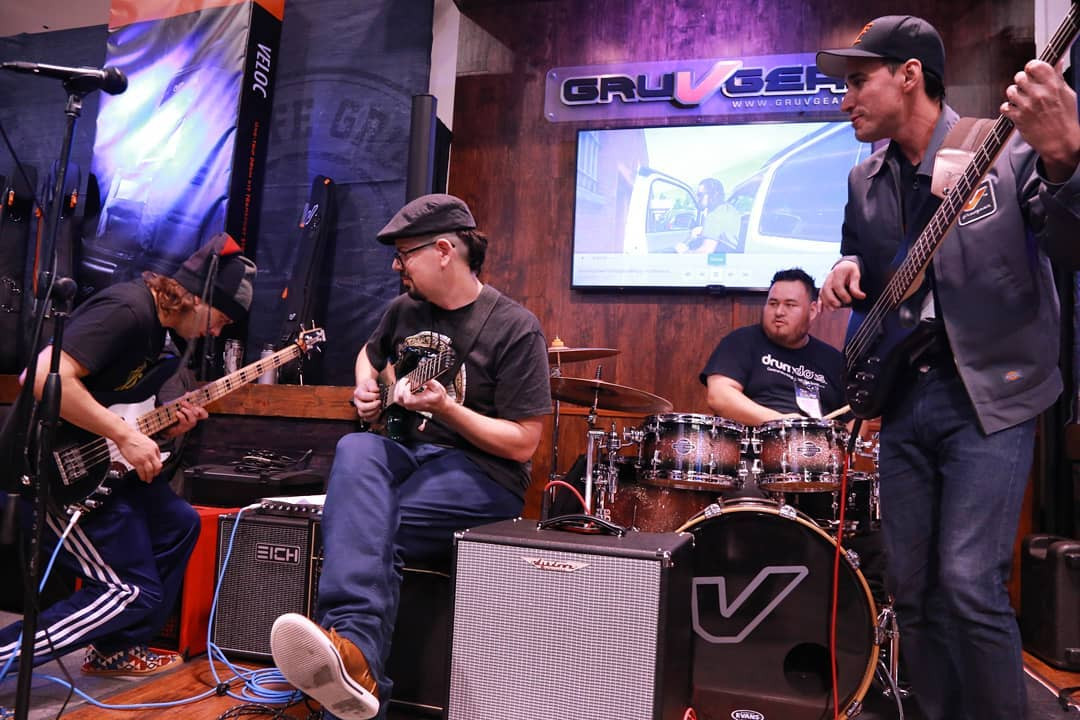 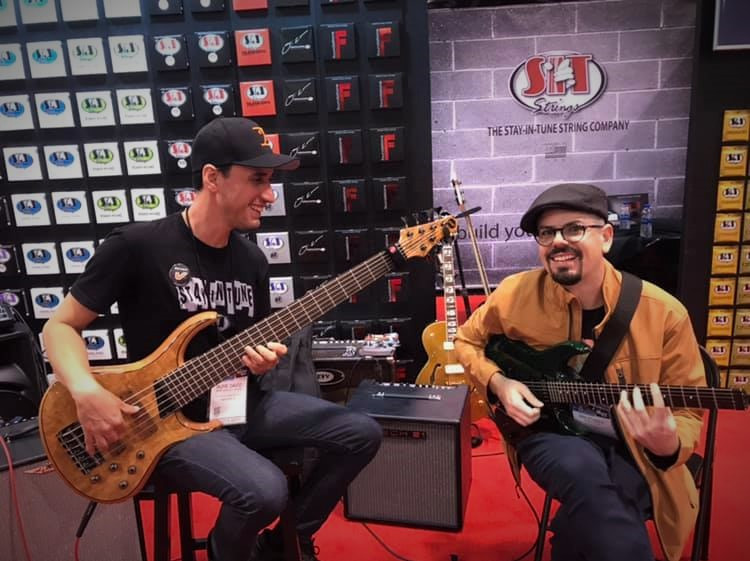 If you had a friend visiting you, what are some of the local spots you’d want to take them around to?
– The Baked Potato for some of the best live music this city has to offer. – Pura Vita Restaurant. Chef Tara Punzone is the best! – LA’s VSF Nights. – A pop-up event like The Mad Hatter’s Gin & Tea Party. – An all immersive event like Samskara. – Great wine at Augustine Wine Bar. (The owner Matthew Kaner is very accommodating.) – MOCA (Museum of Contemporary Art) – I have a soft spot for the Griffith observatory. 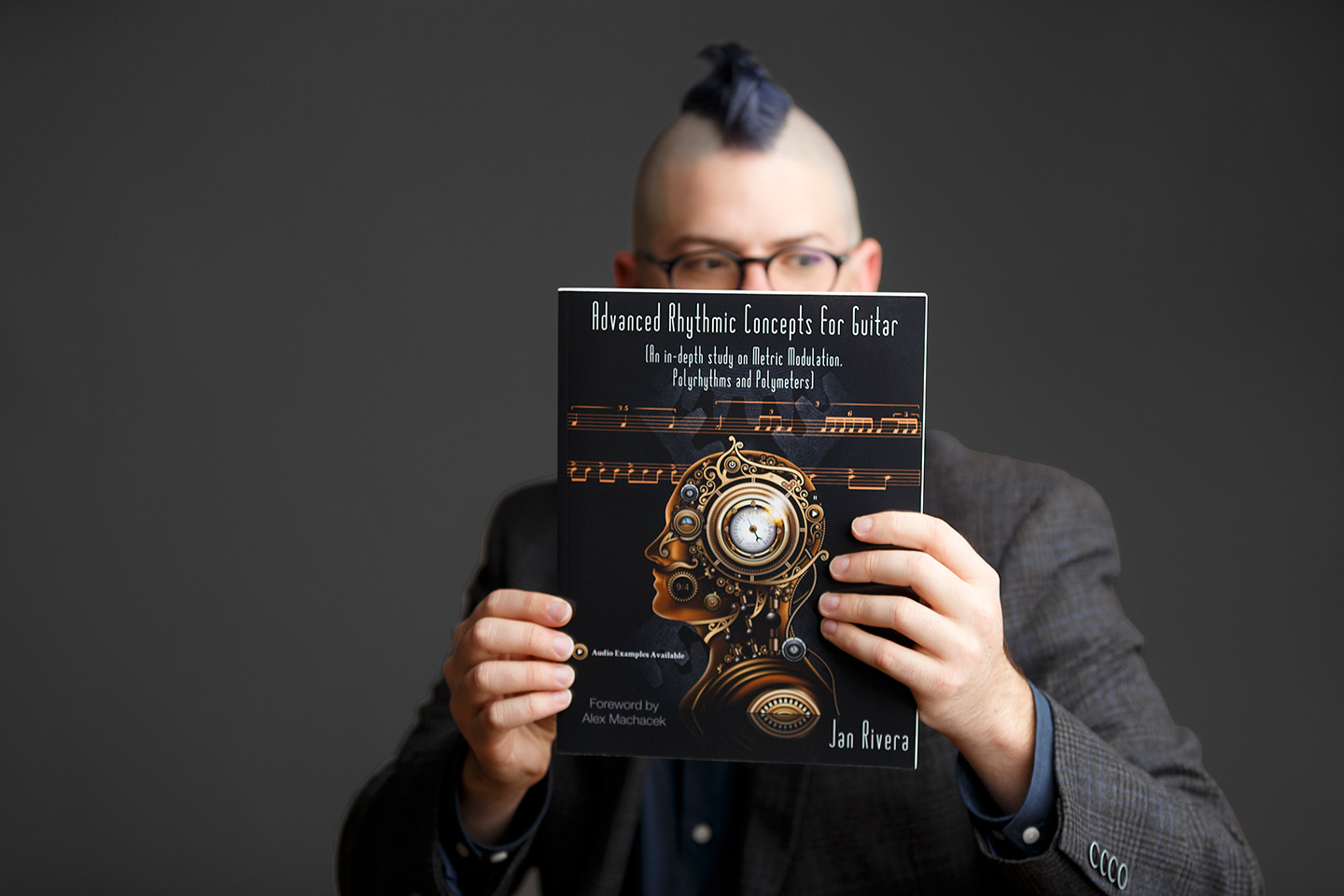 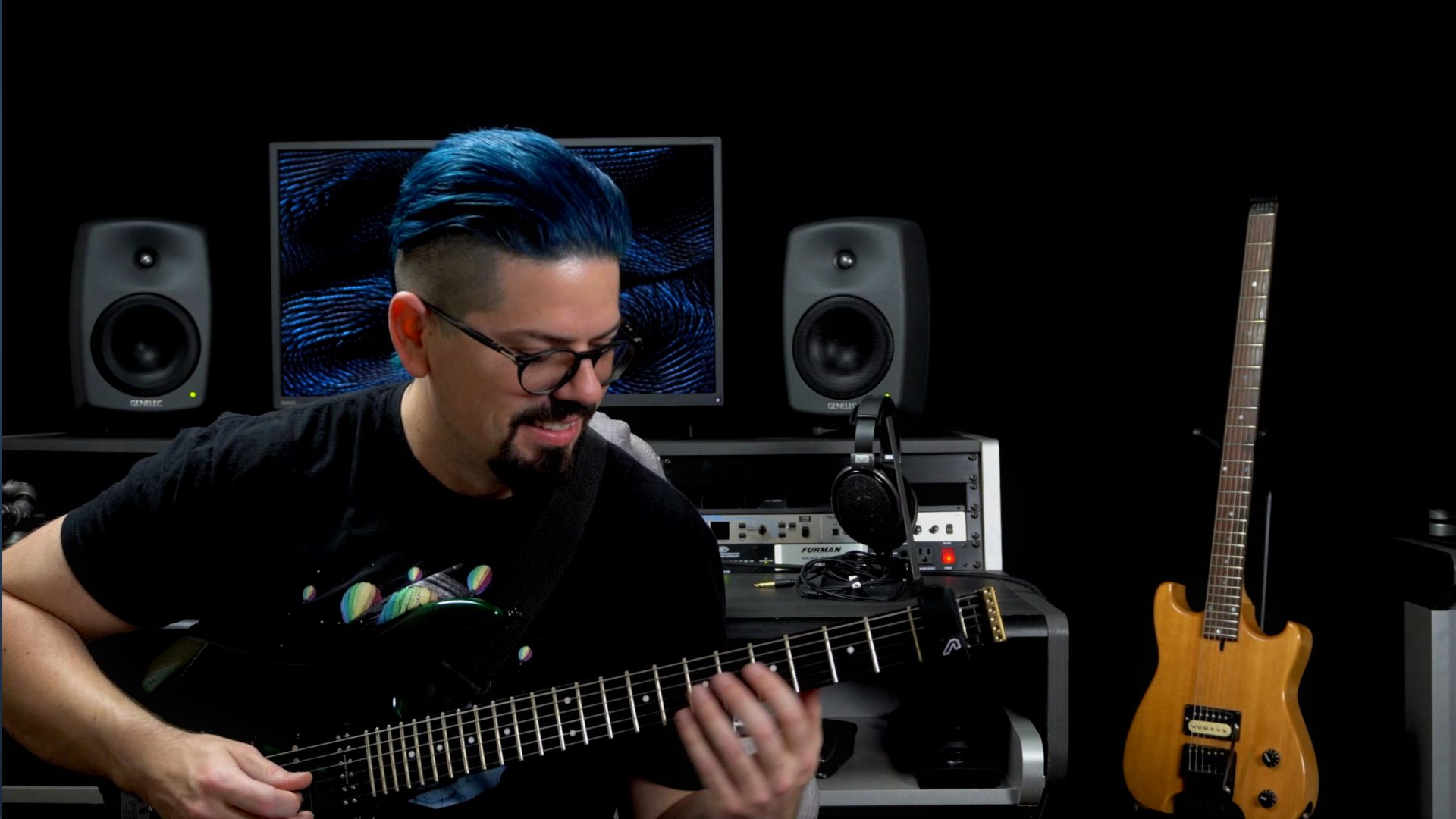 Who else deserves some credit and recognition?
To my wife. We’ve been together in this journey for 13 years. You’ve been with me throughout all of that time. To say that I would have been able to achieve the goals that I have accomplished on my own would be a lie. And so, they are our accomplishments, our successes. Whenever she achieves something, I achieve it too. Every win is a shared win. And so, there is nothing but happiness towards each other’s accomplishments. You came all-in with me, on a shared dream. Throughout our pursuit, we’ve had our fair share of struggles. But all in all, we’ve somehow managed to step a bit closer to our goal with every passing year. Thank you.