We had the good fortune of connecting with Janine Brown and we’ve shared our conversation below.

Hi Janine, how has your perspective on work-life balance evolved over time?
My work life balance is constantly changing based on my life stages and needs. I have worked since I was 14 (“walking beans” on the farms of Iowa), so I learned early on how to balance work with life. That said, there are times when the scales tip more toward work…at which point I feel the need to cut back on work and take time for myself. When thinking about the work life balance, I think the ability to balance it really depends on your needs. When I was single, I needed to work a lot in order to pay my bills and be able to afford to live on my own. I lived in NYC in my 20’s and it was expensive. My first job was as a Fashion Design Assistant at Liz Claiborne, Inc. I was paid overtime, so I would take on extra work and stay late if needed so that I had more money to go out with friends on the weekends. After I got married, we moved to Philadelphia, but I was still working in NYC. My train time, in the morning and evening, became part of my “me” time. I would read books, draw, and met a lot of people who also commuted daily on the train. There was always a poker game in one of the cars that you could join if you wanted to. My husband was working in the Finance Industry so he also had long hours but we made time during dinner and on the weekends for each other. By the time I had my twin boys, we had moved to Connecticut. I decided that the work life balance needed to tilt more toward life/family, so I stopped working. However, I had been such a workaholic that after two years, I felt I needed to do something for myself so when the boys went to preschool, I started my business as an artist. During this time, the kids came first and I would try to squeeze in studio time while they were at school. During the summers, the boys would go to camp and I would go to the studio. We eventually moved to Los Angeles where I maintained a studio in Santa Monica. I think I am lucky in that my “work” as an artist is something that I enjoy so it really doesn’t feel like work at all. At this point in my life, my children are adults going off to college next year, so I feel that life is pretty good and the balance is just right. I would say to others, if they can, try to find work that you love because it helps to blur the lines of the work life balance. 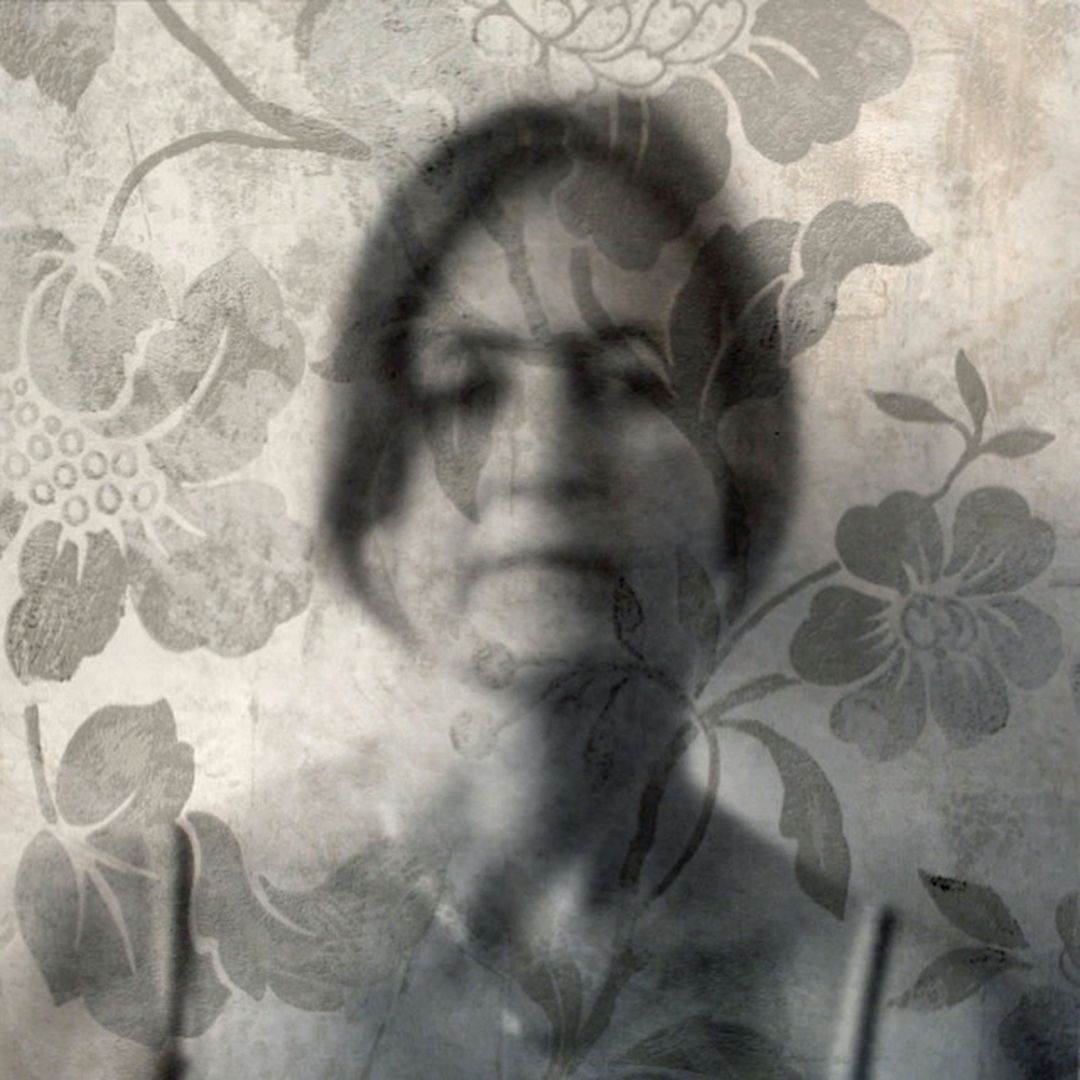 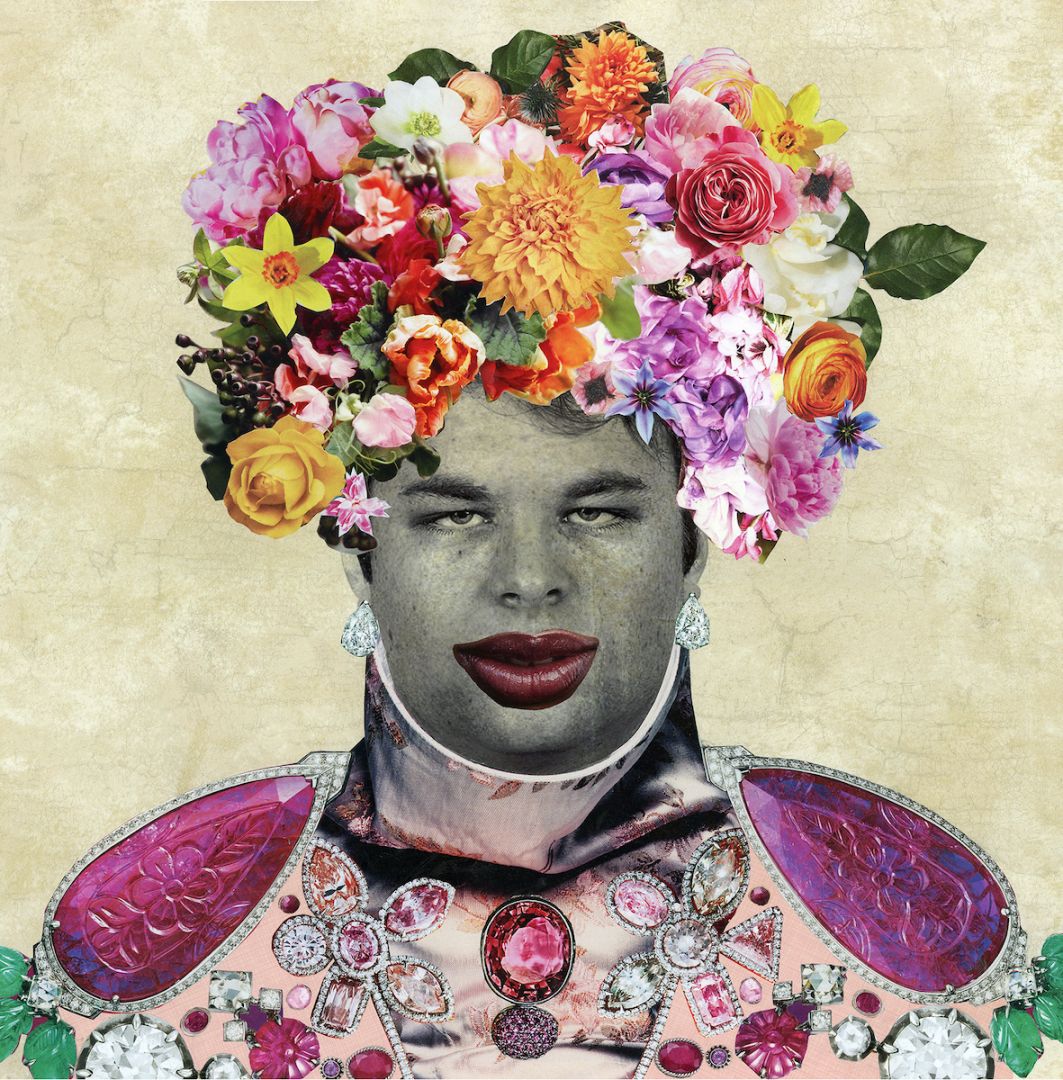 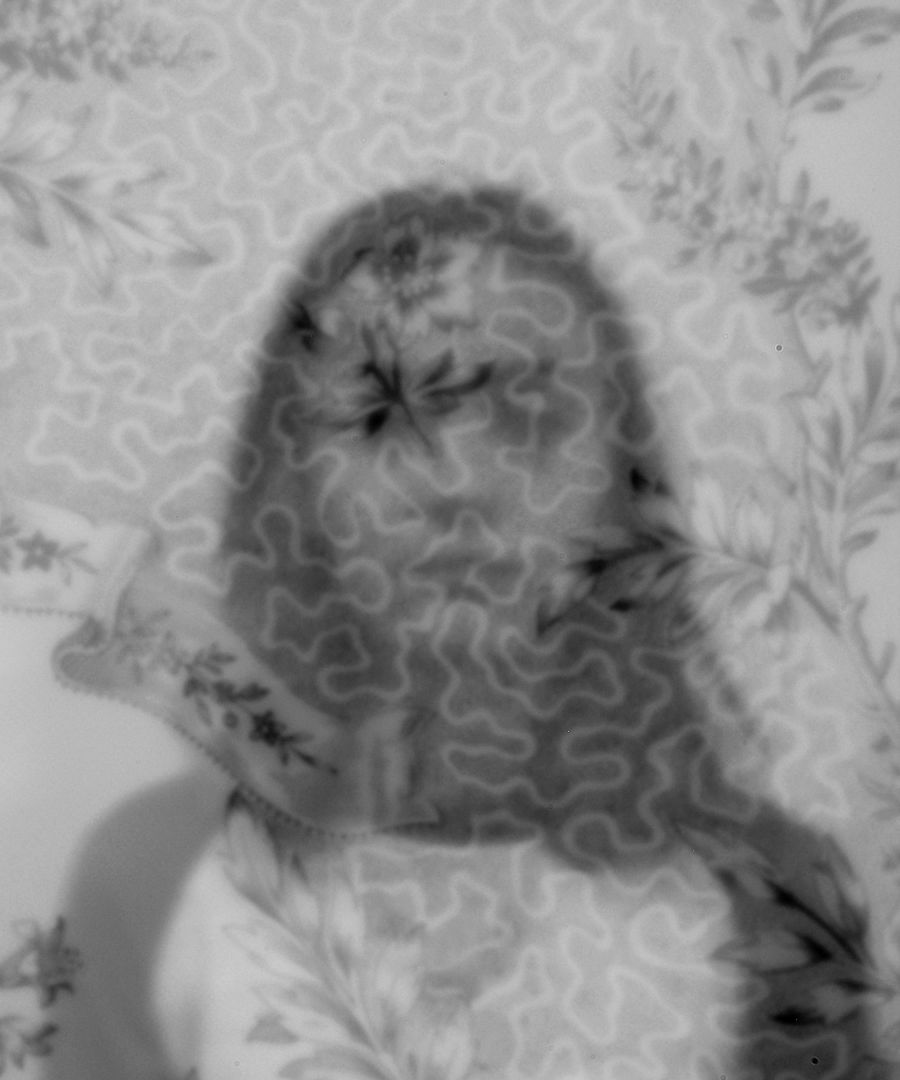 Let’s talk shop? Tell us more about your career, what can you share with our community?
My journey to becoming an artist took a lot of twists. I had originally planned on being a Fashion Merchandiser/Designer. As part of my college curriculum, I had to take a basic drawing class – I had never considered being an artist – but I had such a great time in the class, that I took more art electives and eventually changed my major to Craft Design. Right before graduating college, I had a moment of fear – “How am I going to make a living as an artist?” and applied to the Fashion Institute of Technology (“FIT”) for an Associates in Applied Science Degree in Fashion Design. I had been waitlisted at FIT, but moved to New York City anyway. That summer, I visited the admissions office everyday to see if my status had changed. Fortunately, one day just before the school year started, I was in the admissions office and while I was waiting, one of the staff called me up and said that “a spot just opened up – would you like it?” I jumped at the chance. After graduation, I started working for Liz Claiborne, Inc. During the evenings, I would take drawing and computer design courses at FIT and Parson School of Design. I eventually started painting in my tiny studio apartment. I had started the process of applying to Art Schools for an MFA, but met my future husband and continued to work in the Fashion Industry. From 1994 – 2001, I stopped creating art. I worked in the Fashion Industry and also went back to school for an MBA in Marketing at NYU’s Stern School of Business. It was not until my kids were born in 2001 that I decided to concentrate on art again. I was living in Connecticut and I started drawing plants from my garden and joining every art organization that I could find. My first show was a three person show at the Audubon Society. I sold several pieces from that show. Eventually, I found a studio outside my house in a community of artists and started to explore abstract work. In 2008, I invited someone to my studio to critique my work. I was quite prolific and had over 70 pieces from only a few months of work. Their comment was that it seemed that what I was working on was “too easy” and that I needed to find a body of work that was more personal. Well, I struggled for a year looking for something more meaningful. Then in 2009, I was at an art opening with my husband and I introduced him to a friend, Nina Bentley. When my husband walked away, she commented that my husband was very good looking and that her husband was good looking when he was younger. She went on to say how terrible it was walking into parties when all the attention would be on her husband, even though she was much more interesting. That interaction stayed with me all night, as I had similar experiences with my husband. The conversation was the catalyst for “The Wallflower Project” which examines the stigma of being a “wallflower” through the use of double exposure portraits, mixed media portraits and an installation called “The Wallflower at the Dance” which was created over 4 1/2 years using crocheted yarn and wire. I am currently editing a video that was filmed using the installation as the set – it was supposed to be shown in Los Angeles this summer, but due to the pandemic, it will now be shown at Gallery 825 in 2021. I feel that this body of work has been one of my most successful and pieces from the series have been exhibited in Italy, France, and in the United States in St. Charles, MO; Murray, KY; Atlanta, GA; Moorpark, CA; Los Angeles, CA; New York City, NY; and numerous locations throughout Connecticut. After working with wallflowers for over 10 years, I felt the need to create something different and started a new series with the working title, “Social Distortions and Narcissists”. This body of work is quite the opposite of “The Wallflower Project” and still developing. In this series, I continue to work with portraits, but the original portraits are appropriated with permission from two different photographers, Ken Weingart in Los Angeles, CA and Keyvan Behpour in Bridgeport, CT. I use their images as a starting point and then collage new features and accessories and sometimes pets alluding to the masks we create for ourselves and the need for some to perfect their looks. I think one of the lessons that I have learned through the years is to be a creative problem solver in all areas of my life. This is true when creating art, but also true when life puts up roadblocks or challenges. The ability and flexibility to pivot, look at the situation and make changes on the fly to make the best of a situation is essential. Given the pandemic that we are all currently facing, I think it is even more relevant today. 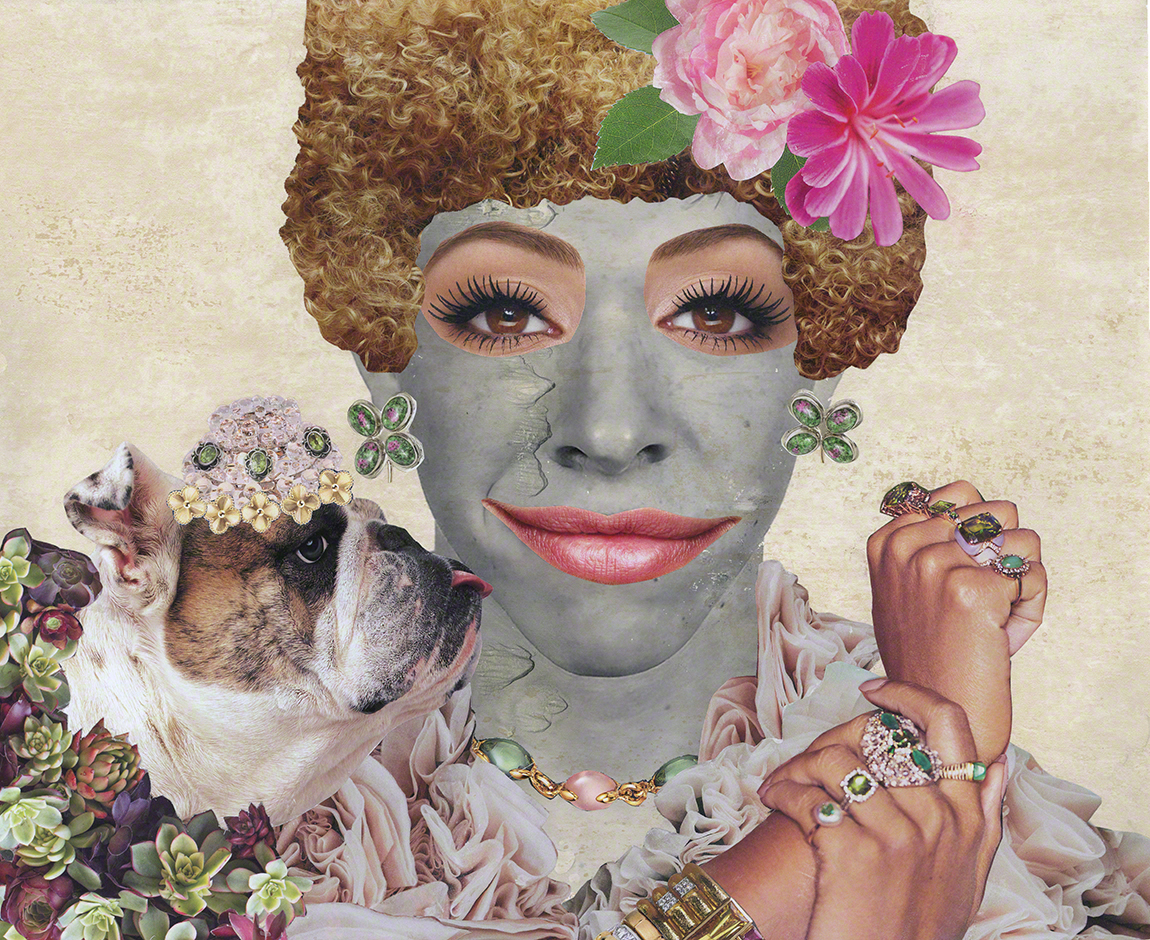 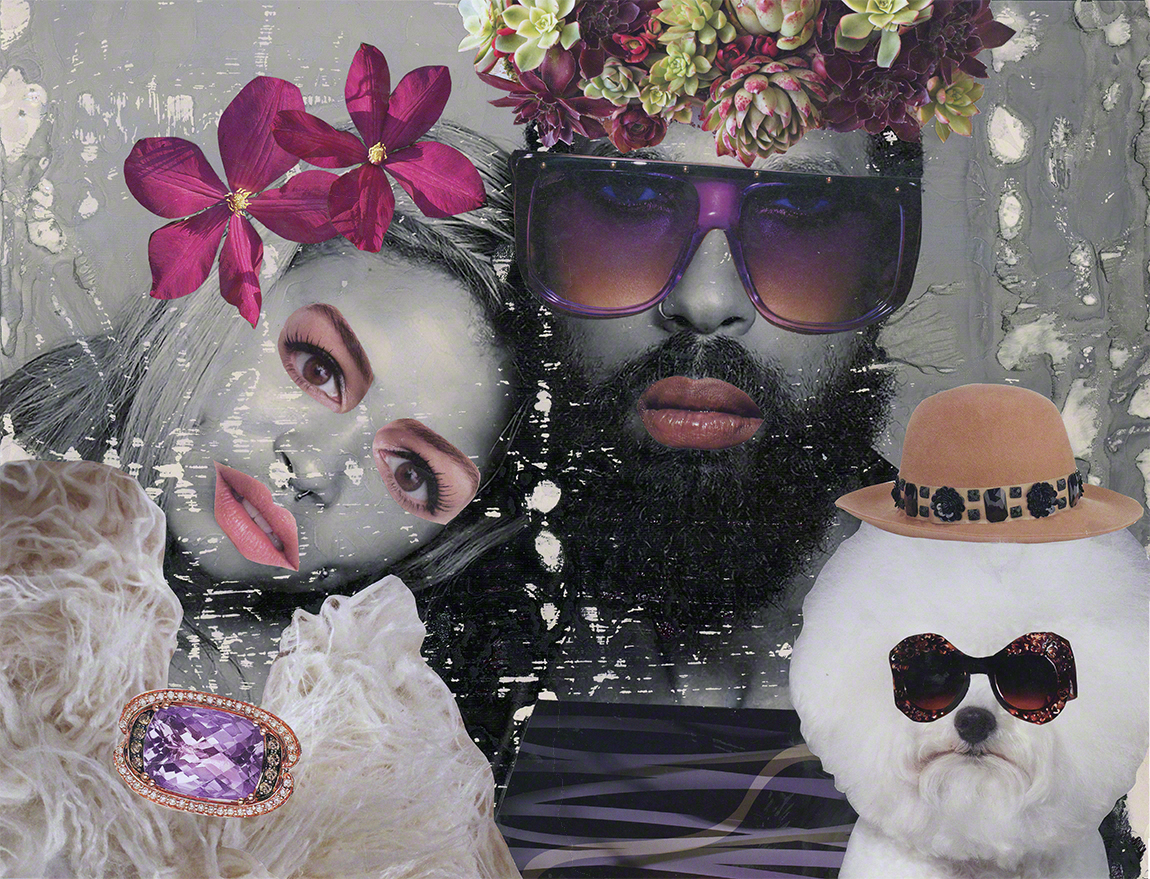 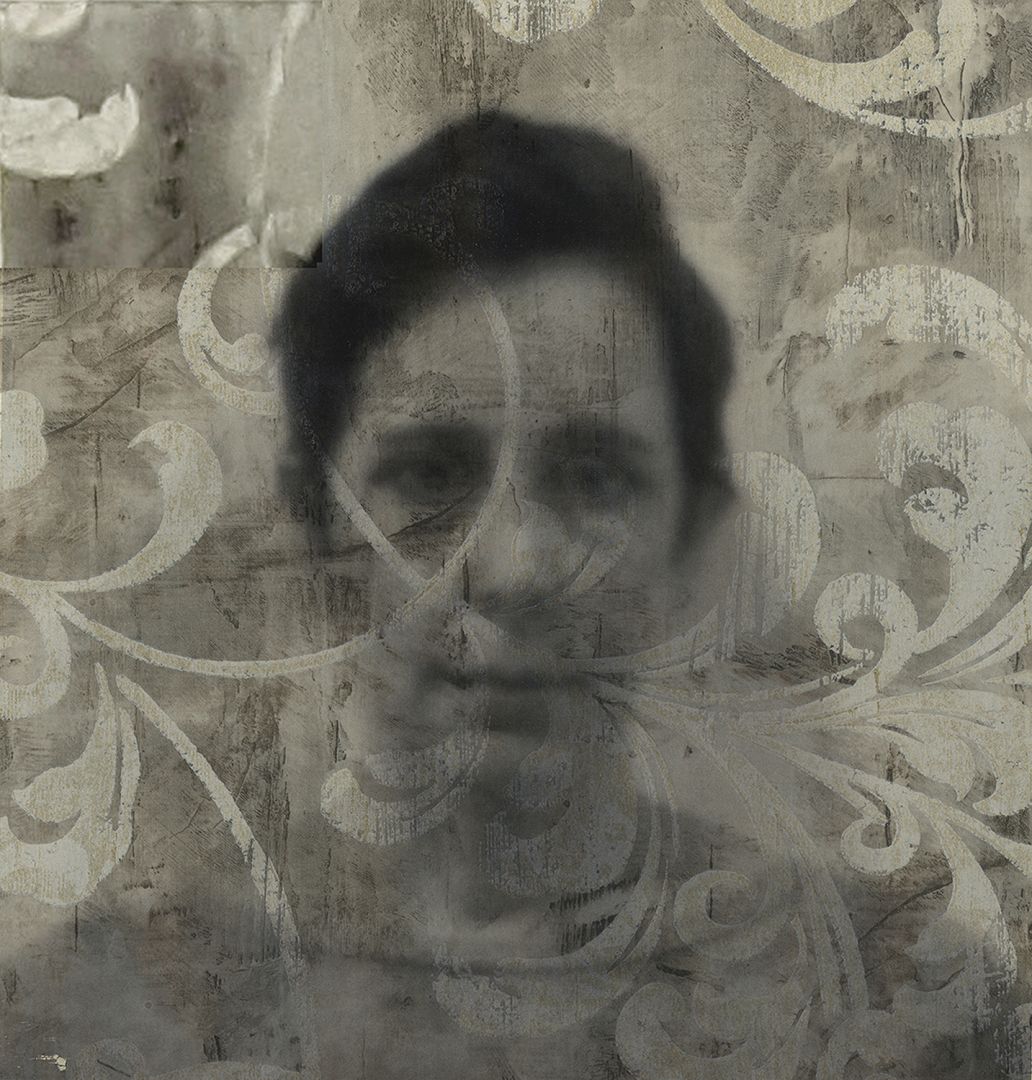 Any great local spots you’d like to shoutout?
When friends and relatives come to visit Los Angeles, my go-to locations are: Day one – Zuma Beach in Malibu with lunch at John’s Garden at the Malibu Country Mart and dinner at the Reel Inn or Cholada. Day two – LACMA and the Hammer Museum with a stop at Audrey for lunch or dinner and a detour to Diddy Reise for cookies in Westwood. Day three – The Arts District to see Artshare L.A., ICA LA, Hauser & Wirth with stops at some of the cool shops and food at The Factory Kitchen and The Pie Hole – although you can’t go wrong at any of the restaurants. Day four – MOCA Grand and The Broad topping off the evening with an LA Phil concert at the Disney Concert Hall with lunch at Blossom Restaurant and dinner at Perch Day five – West LA – a walk along the boardwalk from Santa Monica to Venice stopping at the Venice Canals ending with drinks at the Jonathan Club while watching the sunset. There are so many great places to hang out in LA that it’s hard to pick out just a few. If I had younger visitors – it would probably include West Hollywood and Drag Queen Bingo at Hamburger Mary’s! 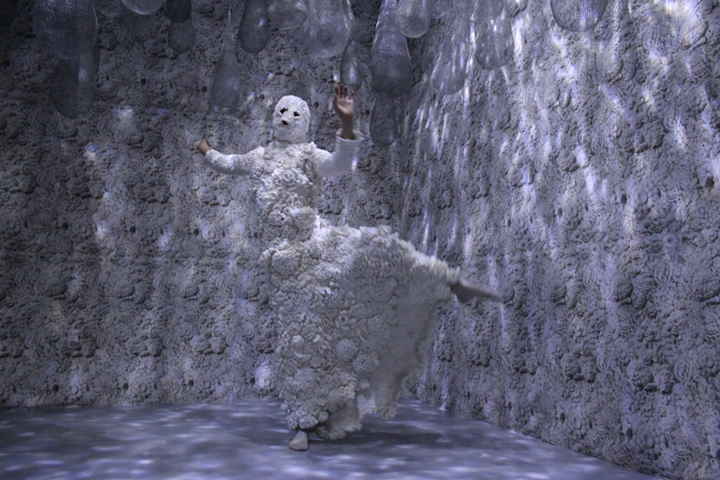 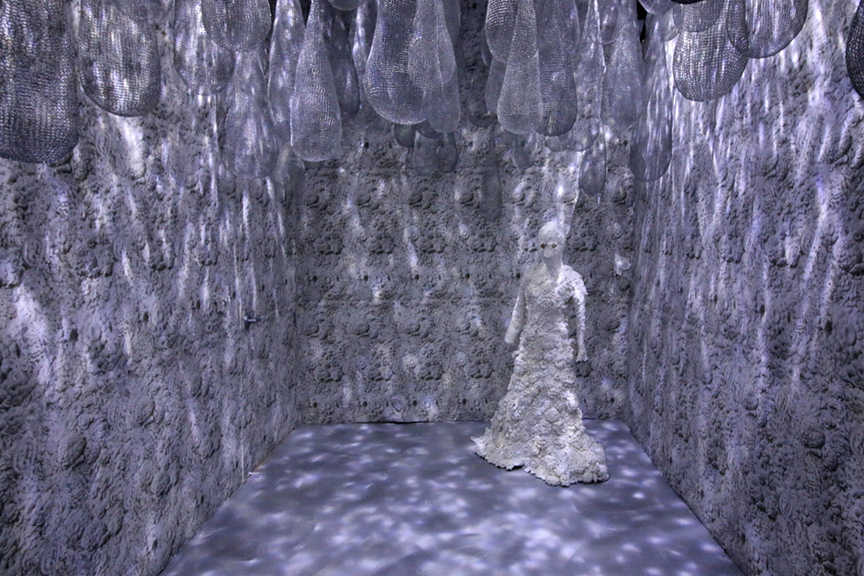 Who else deserves some credit and recognition?
I would like to dedicate my shout-out to Nina Bentley. Nina is an assemblage artist in Westport, CT. We met through the Westport Arts Center in Westport, CT. Like me, Nina was an artist while raising her children and was able to do it quite successfully exhibiting in the United States and beyond. She has been a mentor, friend, and champion of my work for years. In fact, it was a conversation with Nina that sparked the idea for a ten year art project called “The Wallflower Project”. The culmination of the project will be a 3-channel video titled, “The Wallflower at the Dance”.