We had the good fortune of connecting with Jason Farlow and we’ve shared our conversation below.

Hi Jason, we’d love to hear about how you approach risk and risk-taking

Risk taking in the music industry is the only way to actually make something work in your music career. Artist make choices and every single choice carries unquestionable risks on how they get to the next step. Risk to me is embracing the possibility to lose something so priceless, that you will stop at nothing to obtain the result of why you are taking that risk in the first place.

Now, how much risk you are suppose to take needs to be heavily calculated with all aspects of your life. For me personally I have risked losing everything I have (i.e. housing, money, friends, relationships of all kinds, especially with my own daughter, Hania) in order to live a life in the music world and make things happen. Especially in regard to money, I’ve invested every dime I’ve made back into the band, and taken the risk that one day that money will return to me ten fold in the future.

But what I love about taking risk, is that the reward can bring all of those things you missed out on, back together. I knew I had the knowledge, preparation and resources to make opportunities happen for my band, and now it was a matter of “Burning my Boats’ ( YES, BOATS), and never looking back to a life that didn’t make me happy or bring any sort of risk for reward system that fills my soul everyday. 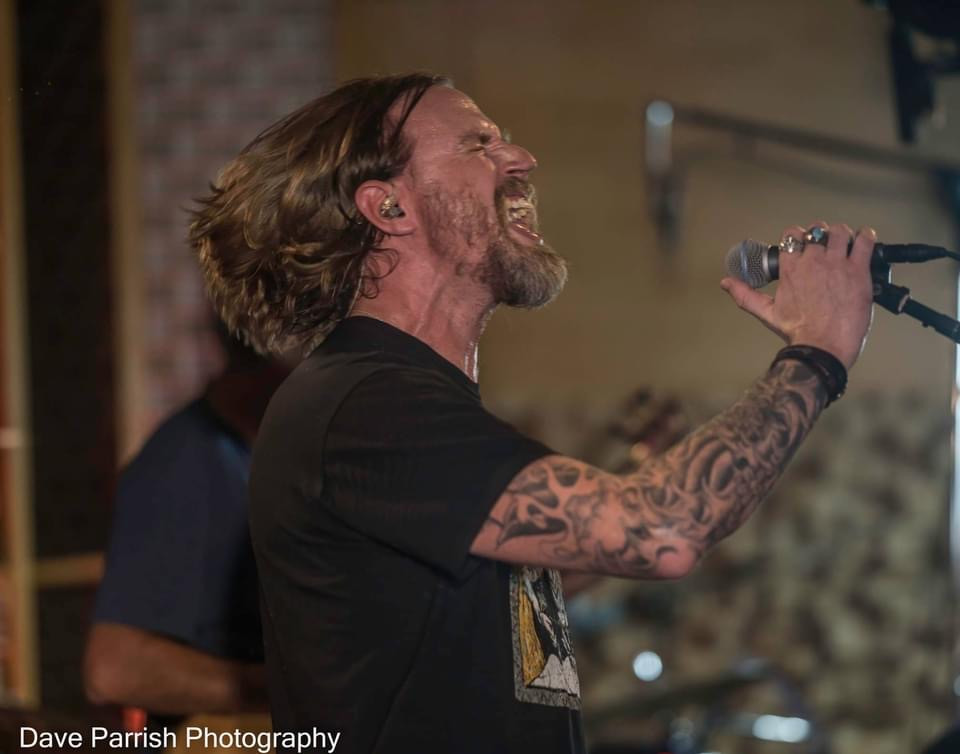 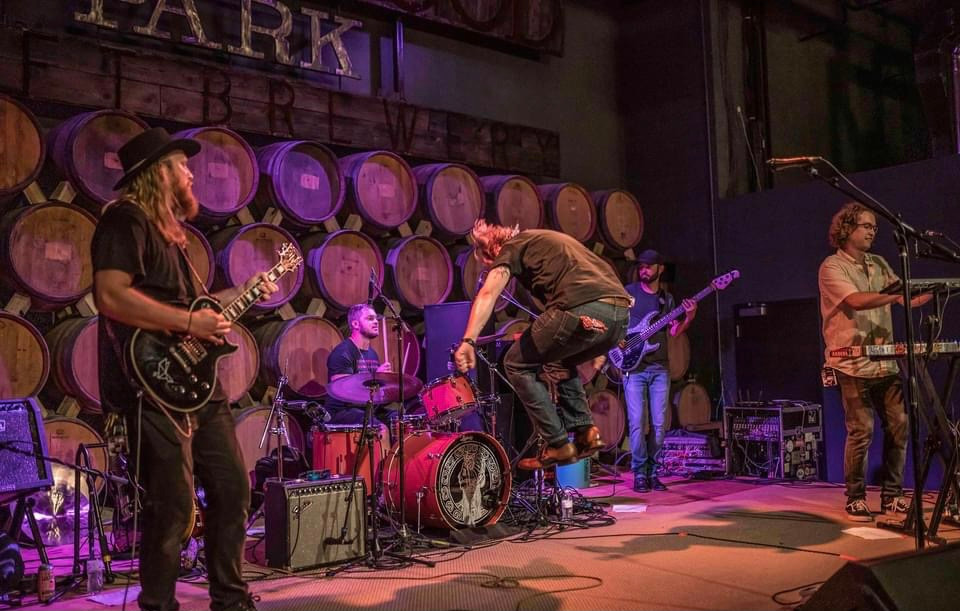 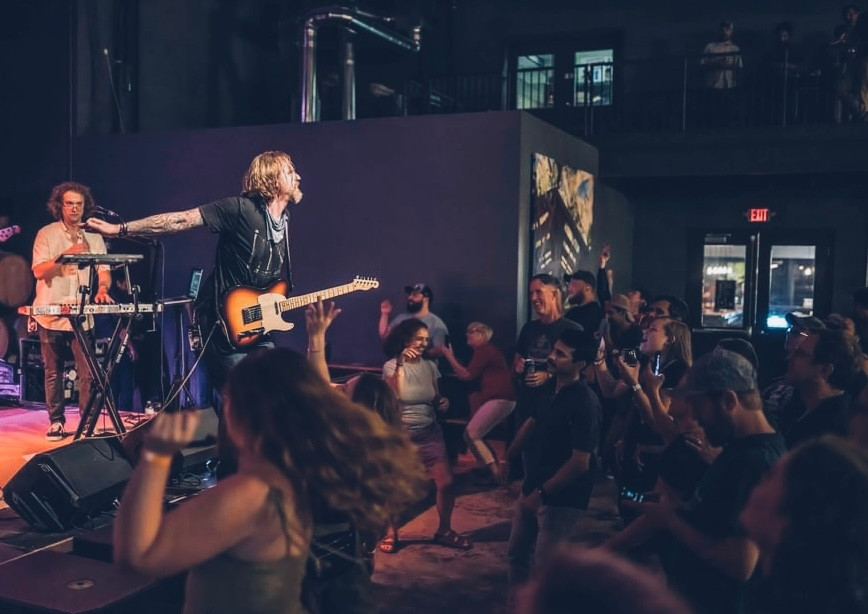 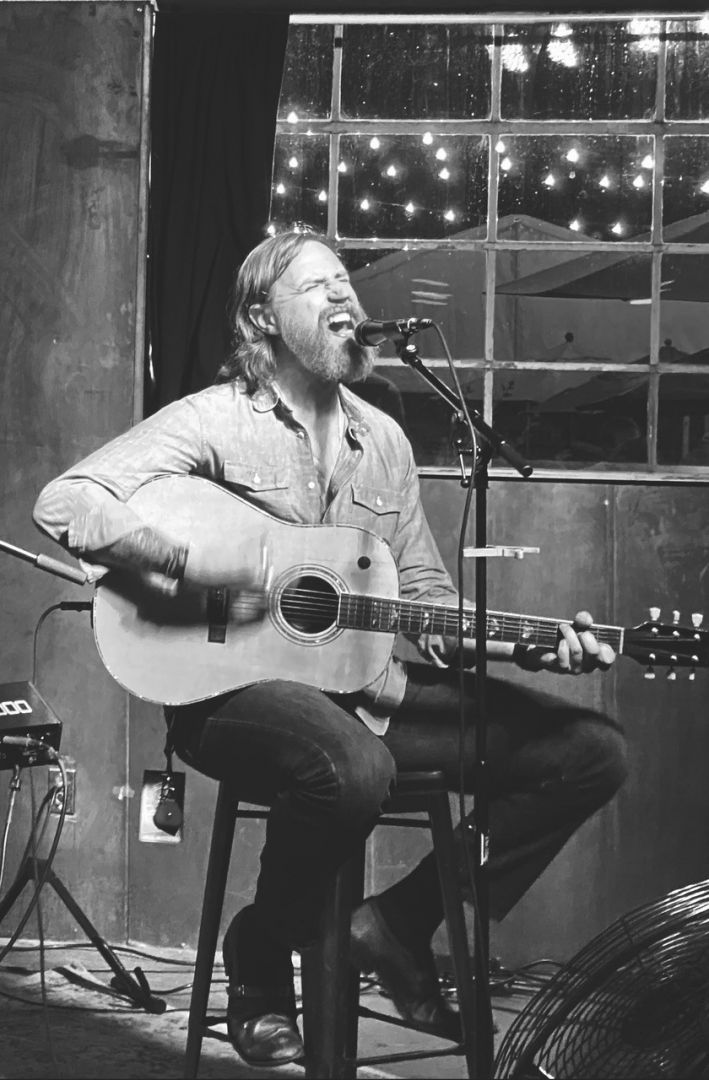 I was born and raised on the Eastern Shore of VA, and moved to Richmond when I was 6 or so. I was/am the youngest of four boys in my family, and my parents divorced when I was around 13. I moved down to the Outer Banks of NC where I ended up living with my father and step mother until I went off to college. After college, I got married at a super early age and had my daughter the same month I was attending AIT (Advanced Individual Training) for the army. I spent all of my twenties pretty much in the Army serving over seas on both War Campaigns. I was awarded a Combat Action Badge after getting hit by an IED while serving in Baghdad, Iraq and left the service with an Honorable discharge, to start my own marketing company. That is what brought me up to DC in 2012.

I ended up getting rid of my company and decided to work odd contracting jobs around the city, until one day I just couldn’t take it anymore and decided to go all-in on my passion and love for music.

I sold most of the things I had to survive, knowing there was no way I was going to go back to bartending or corporate world just to make money. If I was going to make money, it was going to be by performing music or something in the music industry that I am passionate about. I found out quick the music industry is super tough and I ended up living out of an my car for months on end, until I was physically living on the streets of DC for a brief period of time. I would busk all day to earn money for food, showers, and even the occasional room if it was a really good day!

All this time, I was also putting out craigslist ad’s for drummers, guitarist and (back then) a Violinist. I wanted this thing to work with a band and “making it” (whatever that means to each artist) was/is my sole focus. I learned the hard way that it takes time in the music game, and a lot of energy day after day- Which I have tons of!

A woman I randomly encountered while living on the streets, actually gave me the idea to go back to school and use my Post 9/11 Bill from the Army, and that would help me survive while pursuing music. So that’s exactly what I did- I went back to school for a second degree in Music Audio Engineering, learning and earning money at the same time. So much so, that I was able to rent a room, and it got my feet under me.

Once I graduated with a Second degree back in March of 2020, the band was all set for its first tour, touring around with Sid Kingsley (The Voice; season 18) but only performed a few shows before Covid took over and shut the world down. During this time my fiancé and band member split to never be seen again and I was left alone. It looked like the music industry as we knew it was over and all of my PTSD, depression and anxiety hit at once. My only escape I found was writing again.

In the most bizarre way possible, the band and I put on porch concerts for all the neighbors in the Fan in RVA, and its because of their support not only was the band able to survive the pandemic, but personally I found hope. During one of these shows our (now) Producer and Mentor, Rich Stine (The Head and The Heart, Bones of JR Jones) saw us perform and we have been working with him ever since. Once the pandemic was subsiding and it looked like live music was making a comeback, the band went full swing into 1) Getting vaccinated and 2) performing all these new songs we had. Which are finally being released in 2022! The first time people saw us perform live since the pandemic was on Shockoe Sessions Live from In Your Ears Studio, and with the help of the RVA music community and our sponsors SHOWX, we reached a ton of new followers, which lead us to go out on our first National Tour this past year in 2021.

During this tour, we performed in some amazing venues across the country and even performed at the Blue Bird Music Festival Opening Night with Jon Russell of The Head and The Heart, which was top 5 for sure on my bucket list as a musician. We just ended the tour in October and are preparing for recording our first LP and being back out on the road touring in 2022.

After some trial and error, the formula seems to be just right with what the band is today! In the year ahead, the band is performing at some amazing events including: Blue Bird Muisc Festival (Opening Night), Friday Cheers in RVA, Floyd Festival 2022 (On The Rise Artist), and waiting to hear back from SXSW.

Currently, I am living on the tour bus in the off months with my dog and best friend Koala around RVA, while the band gets some personal break time before hitting the road in 2022 for our biggest year yet!

If you’re in the RVA area, I would immediately take you over Lombardy Market for one of their amazing subs and even better smiles! Then we would have to adventure to Church Hill to go to the overlook of the city, before heading down to Poes Pub for a pint. We would slowly work our way back to the Fan where we would stop in to Sidewalk Cafe before attending a show at either The Camel, The Broadberry, G5, or one of the several amazing venues RVA has to offer, especially The National. 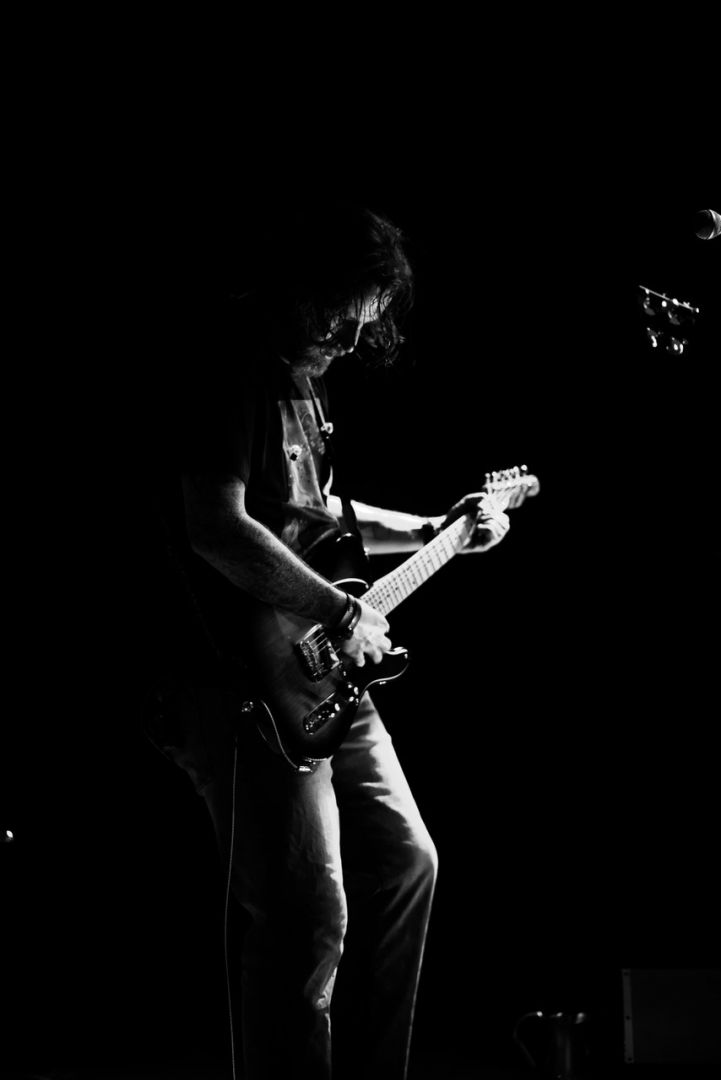 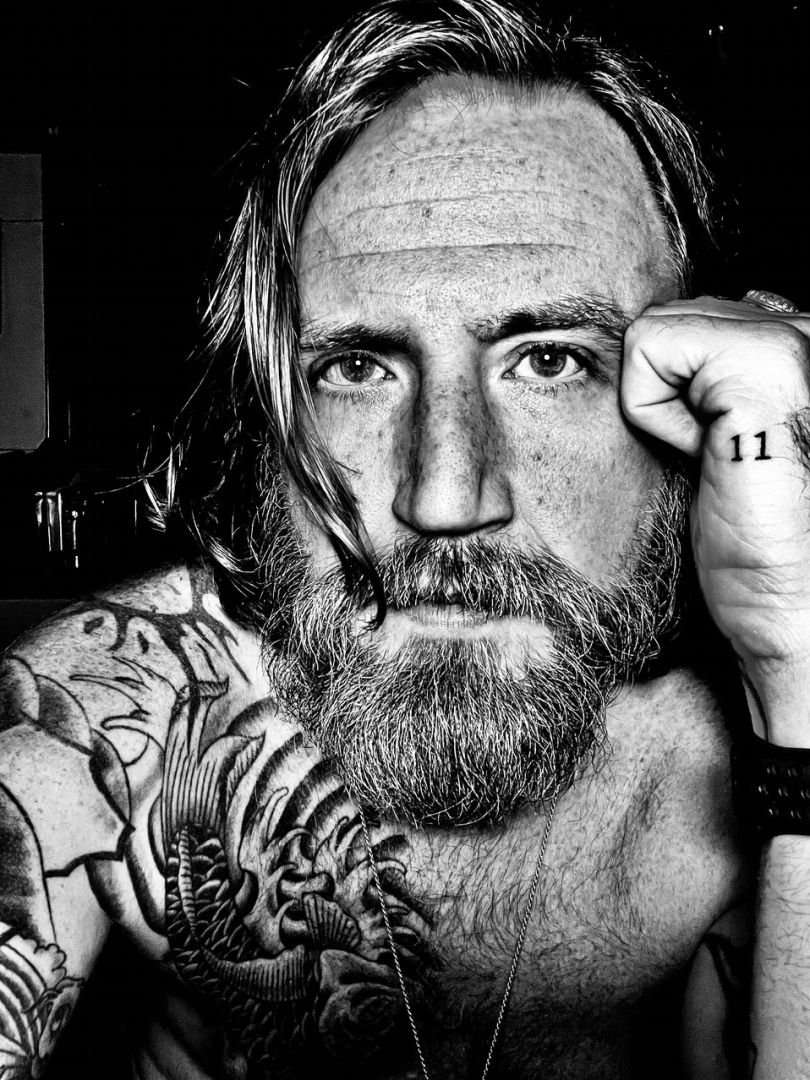 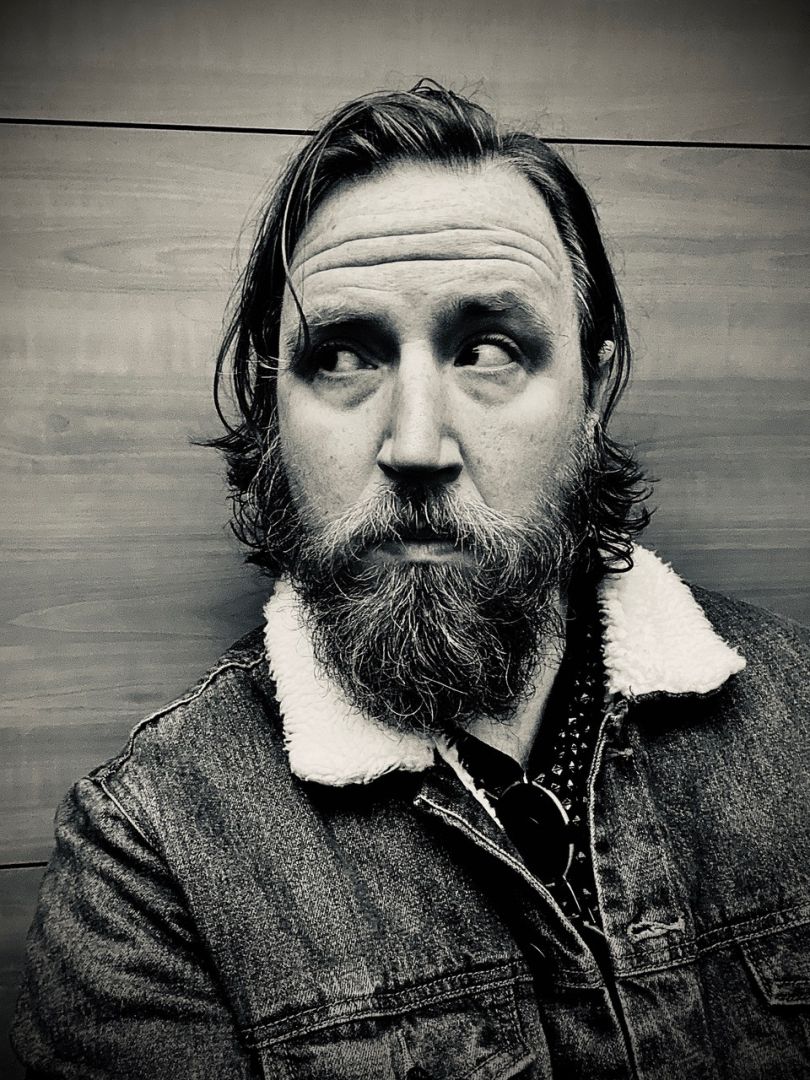 Without a doubt I need to give a shout out to my other family, the band, Ian Atchison- Kevin Vorhis & Mike Lamp, and our star, Mikayla Henson who is our touring manager and booking agent. It should be known that we have had some amazing support and help with our touring sponsors, SHOWX. They are truly changing the music industry not only for artist but for venues all across the country! They have helped us put on some serious events, in unique places that otherwise wouldn’t have happened, and we are forever grateful for their love and support! Lincoln, Pam, Mikayla, Dave, Rafael, Ron, Maddie, Jaan, Joey, Michael, Izumi and many others who make the wheel turn at SHOWX so artist and venues can still have a fighting chance in this rapidly changing pandemic world. And of course to the man who helps guide me personally not only through music, but life itself, Rich Stine. All our such amazing people but none of them compare to my daughter, Hania who is legit my best friend in the world and my heartbeat.

Meet Christy Hobart | Founder and CEO of Shoo for Good