We had the good fortune of connecting with Javonne Sanders and we’ve shared our conversation below.

Hi Javonne, we’d love to hear more about how you thought about starting your own business?
The thought process behind starting my own business was I needed something different in my life and I needed to create change. I realized every 5 years I get this sick feeling in my stomach to get fired because there was no growth or purpose in what I was doing in the occupation at that time. So I decided to do something different for myself and the community. 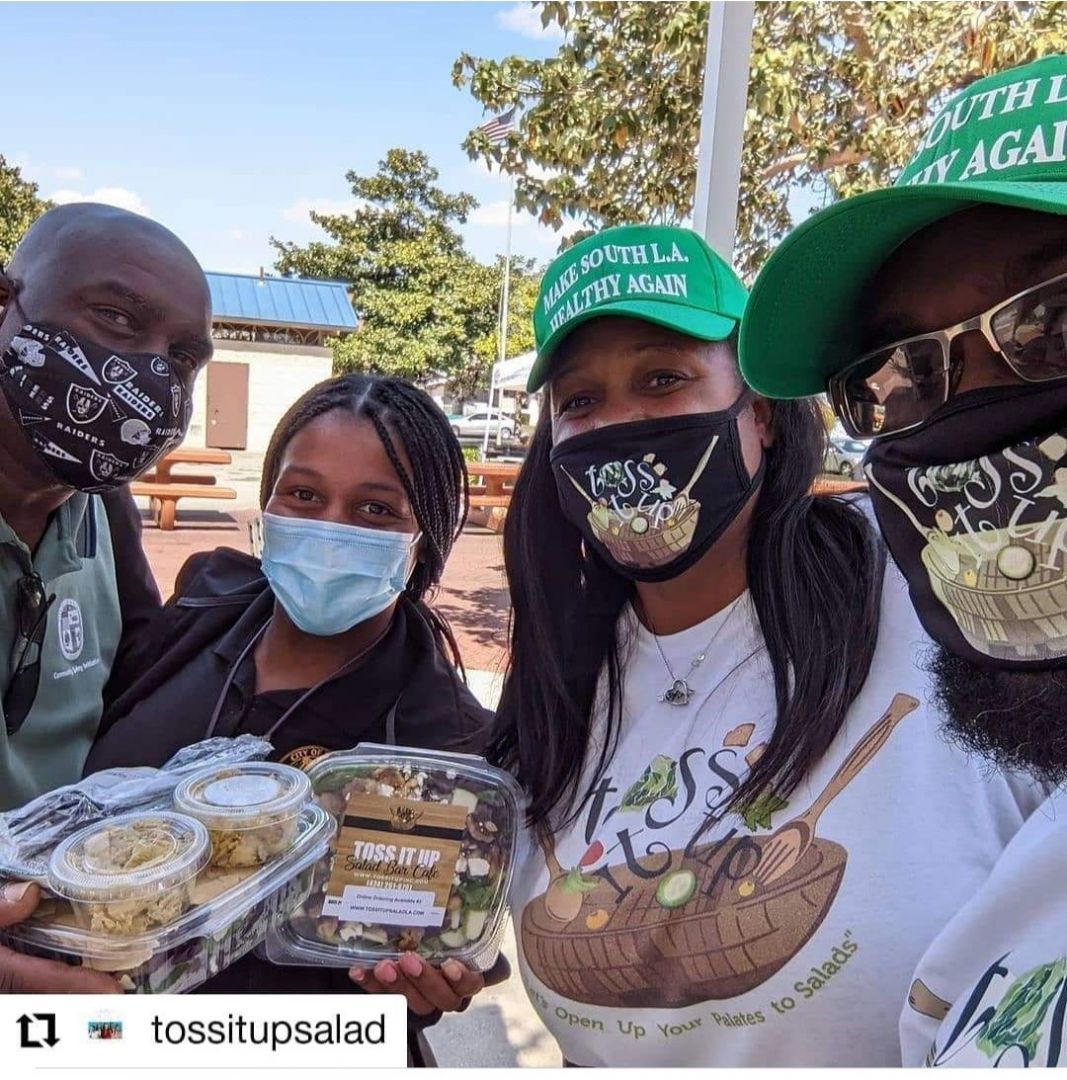 Alright, so for those in our community who might not be familiar with your business, can you tell us more?
When I decided to go into business, I spent my off days from the regular job at business seminars. I felt like something that was going to be shared was going to be for me. I was given two task by the gurus. I was told to find something that I like and that was needed in the community and to find a team of people because Together Everyone Achieves More. Subsequently after going to the seminars and thinking daily what did I like and what was needed, it dawned on me one day that I like salads. By having a taste for a salad one day and realizing that there was no salad company in South Los Angeles and the community was suffering from various illnesses such as high blood pressure, diabetes and obesity. I was going to create a solution to these health problems that were being faced from all ages and ethnicities in my community.

When I made that decision to start this company, I received so many adversities from family because they did not see my vision and did not understand how salads could be profitable but it was not their vision, it was mine. I was told that people in South LA does not eat salads, no one eats salads everyday and you’re not even healthy looking either. Despite what was told to me about the people in the community and about myself, I had to prove them wrong. The lessons I’ve learned along the way has been to stay focus and do not listen to others because they have their own fears within themselves and it might seem impossible in their eyes but when you get a vision, its for you and not for them and as long as you are able and determined, your vision will flourish and be seen by the world.

I would like the world to know that being an entrepreneur is not easy and there will be sacrifices that has to be made to achieve the goals that a person want to achieve. You will find out that there will people who will be on your team and there will be some who won’t be on your team and won’t have your vision, but you must keep going and find your way. You must stay focus and strive to bring out your greatness because the world need your solution or gift to be shared.

I would like the world to know about Toss It Up, its a salad company that is changing the South Los Angeles community by bringing a healthier option to the residence, Toss It Up want the community to begin to know its value and we deserve to live long, be strong and be vibrant and it started with an entrepreneur from the community who had a taste for a salad.

Any places to eat or things to do that you can share with our readers? If they have a friend visiting town, what are some spots they could take them to?
If I had a friend who was visiting the area and its a nice sunny day in Los Angeles, we would defiantly go to the Venice beach, take a tour in Hollywood and stop at the Comedy Club for a good laugh and drinks. If they wanted a good thrill and wanted to feel like a kid, I would take them to Magic Mountain, Disneyland, or Knotts berry Farm. I would also take them to Universal Studio because we can go the theme park and also go walk around and catch movie, grab something to eat and shop all ijn the same area. Later on that week, we would drive down the “wine country”, Temecula so we can relax and get massages.

Who else deserves some credit and recognition?
My bestfriend Alexandra Williams and my companion Matthew Crawford has been two of my big supporters during this journey of being a business owner of a salad company. When I first started doing pop-ups, Alexandra would give me her time and help me prepare salads to ensure I had enough on hand and to ensure I was on time to setup. As time went on, I met Matthew who would travel from Moreno Valley to Los Angeles to help me sell salads to the public and to keep me company which was very encouraging. As time went on we all came together to build a Toss It Up together. Another person who also deserves a little credit and recognition would be Toni Hughes. The reason why Toni deserves recognition is because she was the first person who sowed into me. Toni listened to my story and asked me to bring her a salad and that was the beginning of Toss It Up. When I gifted Toni with the salad, she stated that the salad looked liked a $15 salad. That same night, Toni text me stating that she wanted to sow into my dream and wanted to order three salads a week and since then Toss It Up has been striving for greatness.