We had the good fortune of connecting with Joe Calixto and we’ve shared our conversation below.

Hi Joe, have you ever found yourself in a spot where you had to decide whether to give up or keep going? How did you make the choice?
Every time someone asks me for photography tips, I usually tell them, have fun. I guess that’s how I would know whether to keep going or call it a day. If you’re not enjoying what you’re doing anymore and it’s giving you unnecessary stress, then your heart is definitely not there.

As a creative, I personally think the best part is the learning curve. Theres so many ways you can set your camera, so many different things you can do on post, ways to light a set, or pose your subjects, and as a concert photographer, the possibilities are endless at a show. And I think that’s what keeps this job interesting. 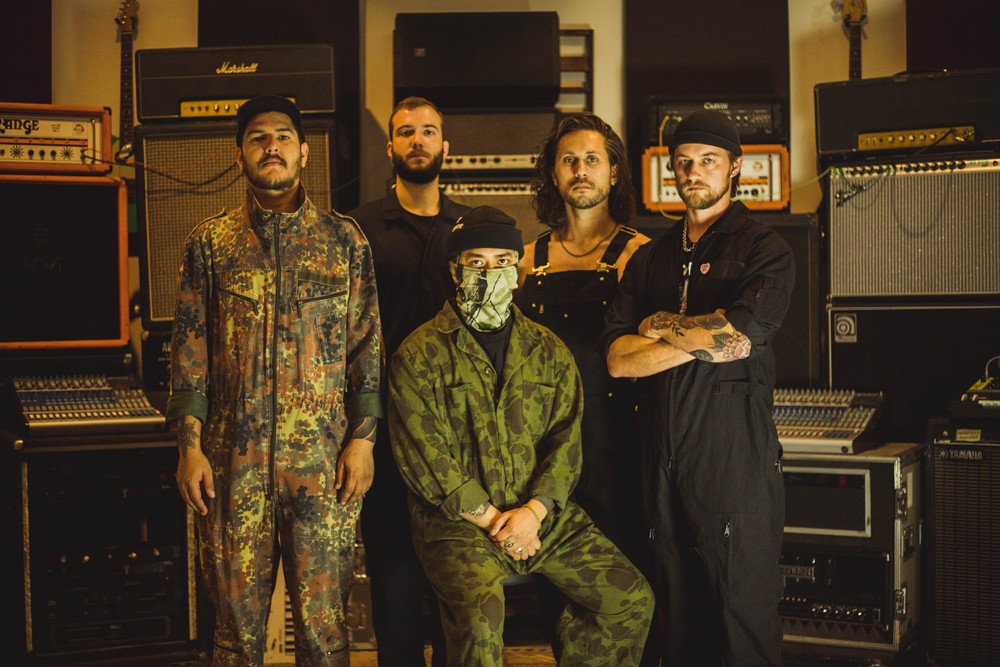 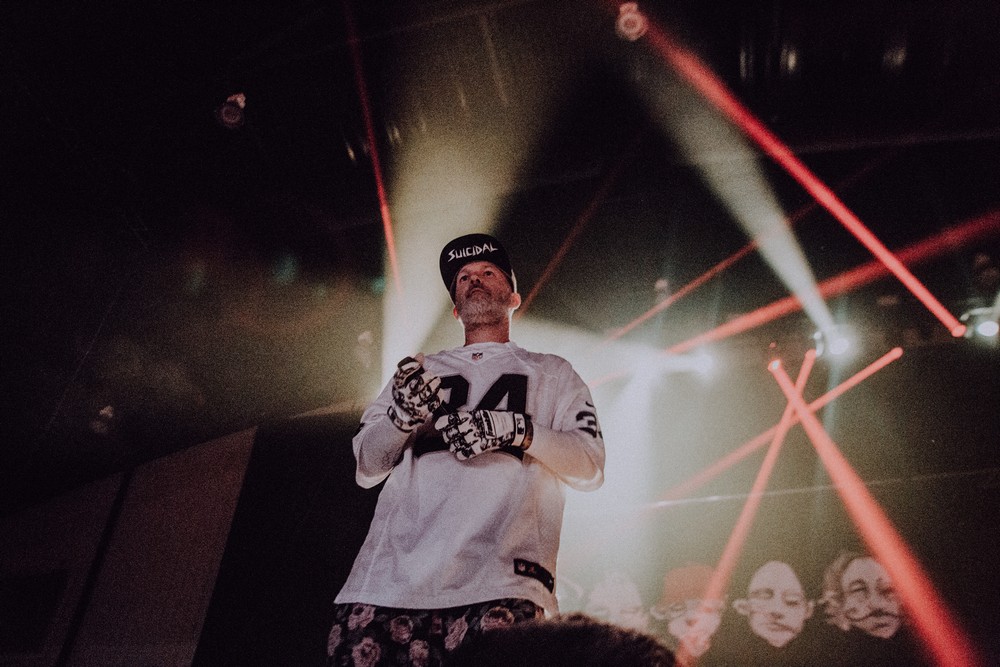 Let’s talk shop? Tell us more about your career, what can you share with our community?
For the most part, I’m a live music photographer. I really don’t think of myself as the best out there, especially in LA (lol) but I know I’m having a blast when I photograph these shows and I think that translates in the photos I take.

Being an immigrant that moved here later in life, it was pretty challenging for me to get the ball rolling, I didn’t really know anyone in the scene and I kept to myself and stayed at the back of shows for a while, then I saved up enough money to buy my very first DSLR and started taking it to shows and you gotta be up front for that. Then later I found out that not all venues in the city let you bring “professional” cameras, so I started scheming ways to sneak my camera in, that was super rough, especially when you get caught. lol

Anyway, I just shot as much shows as I could, until I got a break and a magazine picked me up as a contributor, and things changed from there. That publication fell apart but I kept a good relationship with the staff and they ended up starting their own magazine and the rest is history.

The biggest lesson I’ve learned in my journey is to not let being different hold you back, I came to this country worried that people will give me sh*t for being an asian and no one will give me work but I was dead wrong coz my work spoke for itself. 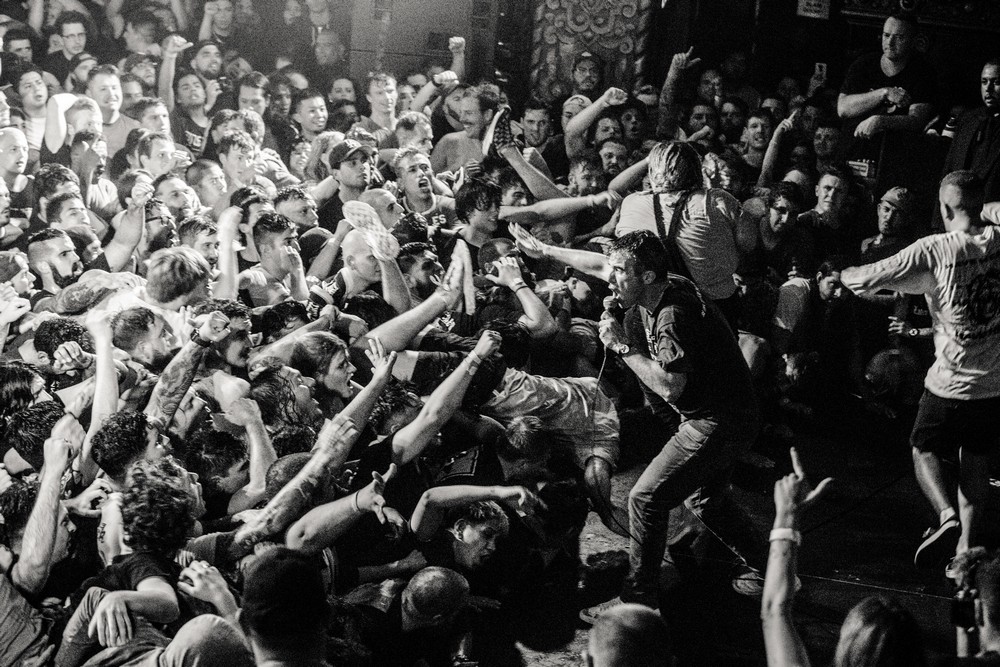 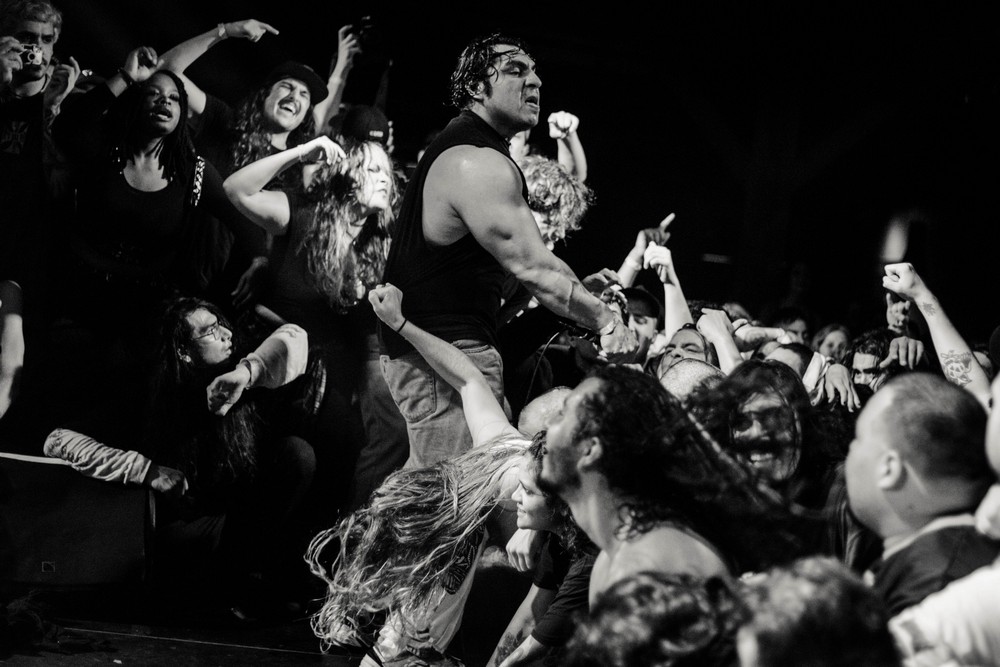 If you had a friend visiting you, what are some of the local spots you’d want to take them around to?
Oh man! This is such a loaded question. So many places in LA.

But to eat, I’ll fersure take them to Jollibee, if you don’t know what that is, which I highly doubt, it’s like the Filipino McDonalds but with fried chicken. I’m such a sucker for that place. Another spot I would take them would be this taco stand in Boyle Heights called Tacos El Momo, one of my cycling friends took us here once and I cannot stop thinking about it. For vegan homies, I’d take them to good ol Burgerlords (Chinatown/highland Park) and Wolfie’s (HLP). Other spots that I’ll most likely take them are Hifi Kitchen, Dollar Hits, Dan Sung Sa, Hikari Sushi (Valley sushi is always king), Won Kok, basically what I’m saying is, you better be down with Asian food if we’re kicking it.

As to drink, I’m usually pretty chill in this department, good vibes and cheap-ish drinks are a must. The Hermosillo is a good spot, and not really cheap but the rooftop at the Ace Hotel is a vibe. But if we’re talking about non-alchy drinks, I do like a good coffee spot, places Kindness and Mischief, Kumquat in Highland Park are a must go, Dayglow in Silverlake, Eightfold Coffee, Stereoscope in Echo Park, Thank You Coffee and Steep in Chinatown, are all bomb spots.

So to visit, I like riding my bike so a ride around Los Angeles would be ideal, this city is literally filled with hidden gems and views that a car can’t take you. Also the bike path system around LA is quite good. I would also suggest taking a day trip to Santa Barbara or Salton Sea/Bombay Beach. I know that sounds weird but theres just something beautiful about a decaying little town in the middle of the desert.

I would also suggest a stroll through Koreatown. I’ve lived there for a bit and theres just so much interesting things going on around that tiny block of LA.

Also, gotta stop by a Dodger game if there are games, or even just visit the stadium. Let’s go Dodgers!!

I think we covered a lot of ground there. haha 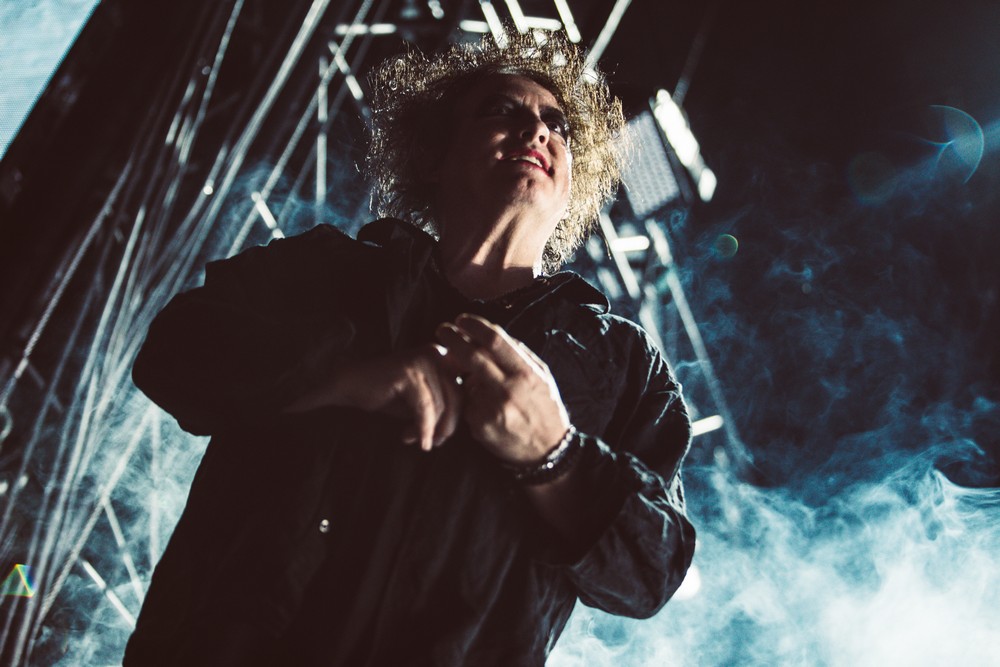 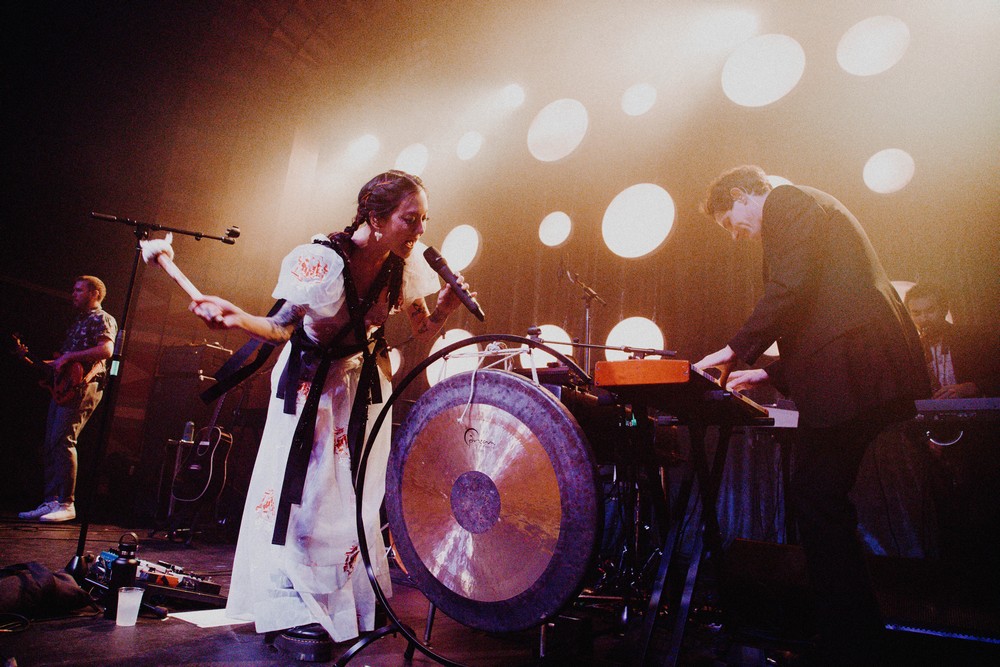 The Shoutout series is all about recognizing that our success and where we are in life is at least somewhat thanks to the efforts, support, mentorship, love and encouragement of others. So is there someone that you want to dedicate your shoutout to?
I want to give a shoutout to every single one of my photo peers, all my friends who started their own business and are absolutely killing it, and to anyone who didn’t give up on their passions just coz of their race, their gender or the color of their skin.

Y’all inspire me on the daily, to push myself and do amazing myself. I’m literally nothing without a lot of you. 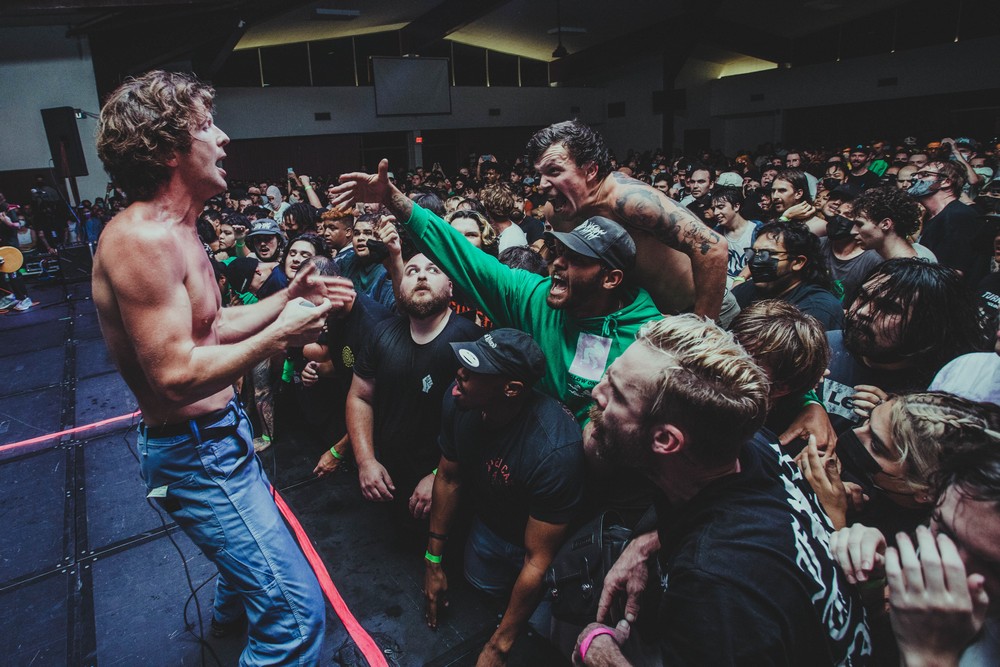 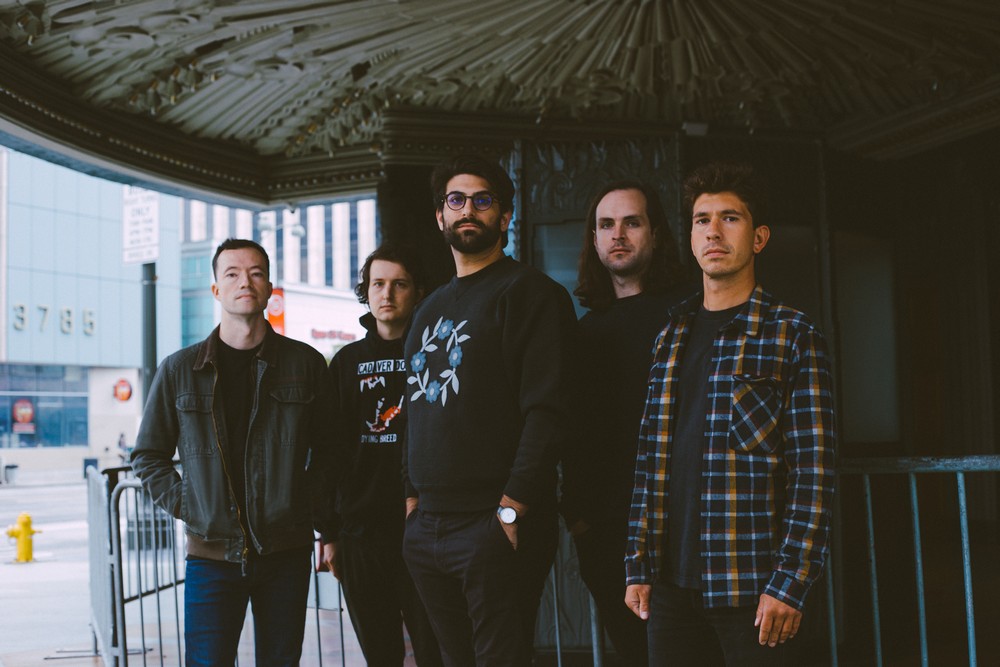