We had the good fortune of connecting with John Campbell-Mac and we’ve shared our conversation below.

Hi John, what role has risk played in your life or career?
I’m from the standpoint of no risk no reward, he who dares wins 😉 I’ve always taken risks in my life and career, I guess the biggest one to date was leaving London and the UK and coming to America to pursue the Hollywood dream. 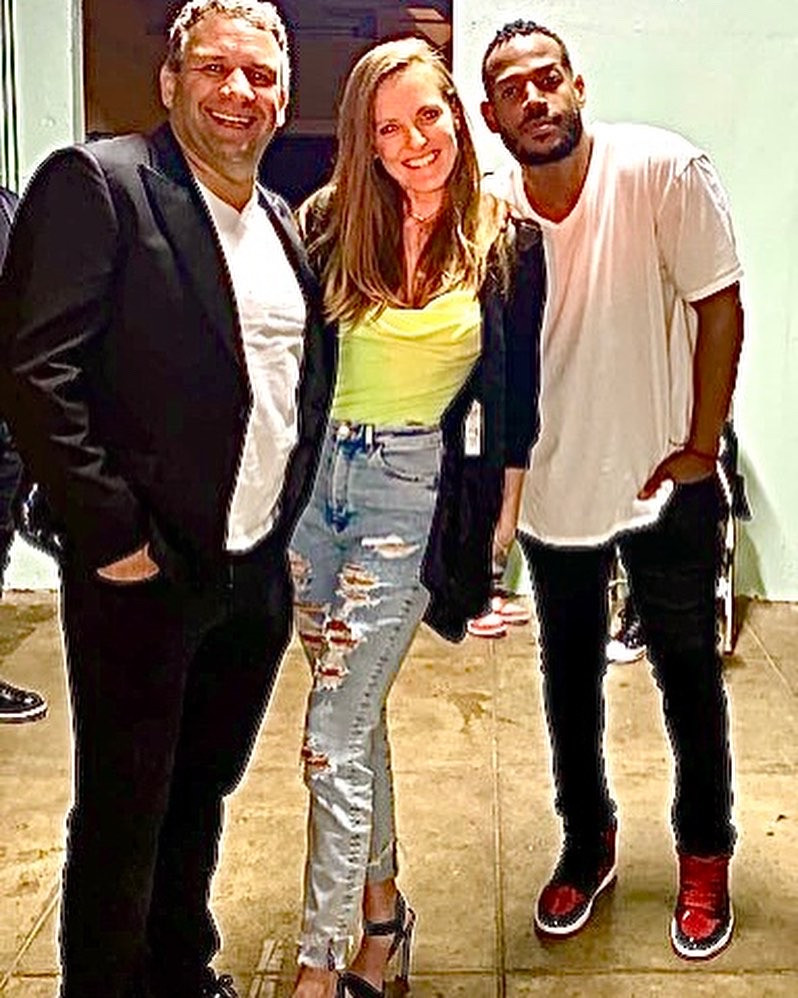 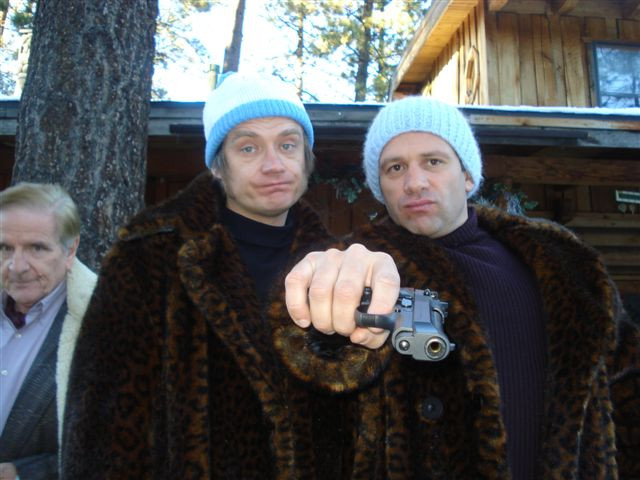 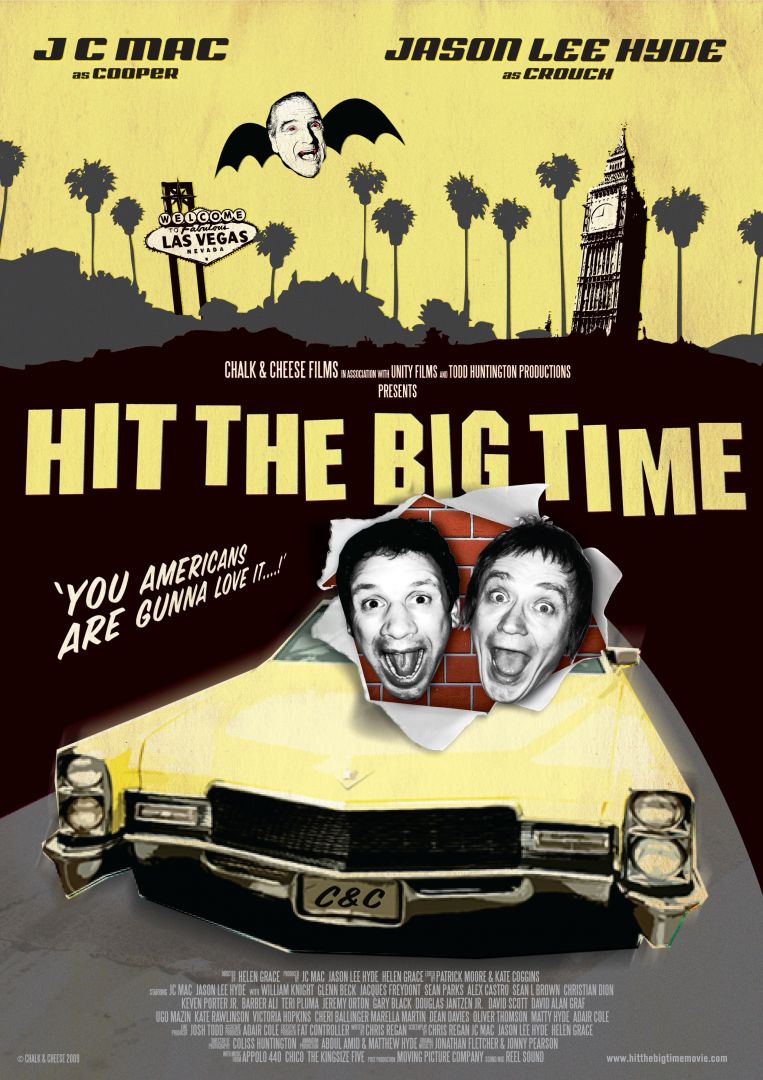 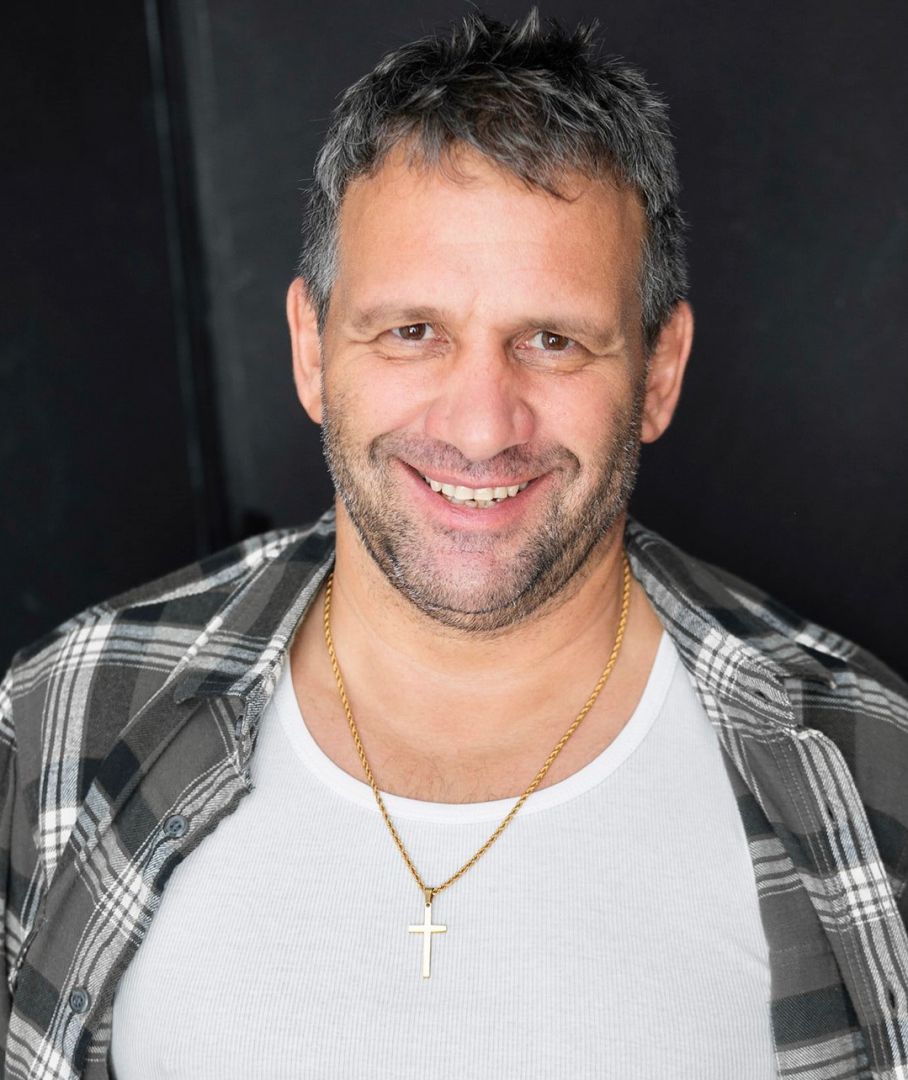 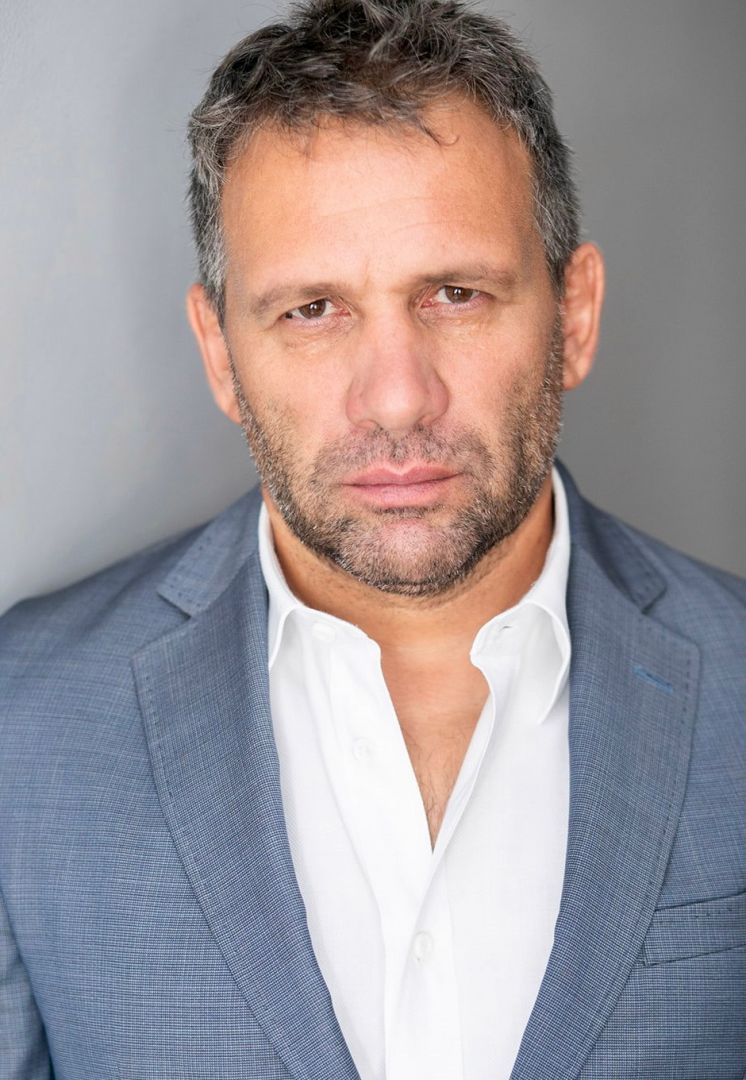 Let’s talk shop? Tell us more about your career, what can you share with our community?
I’ve been working in the entertainment industry for around 30 years, and have covered the whole gambit. Everything from dance and fashion to music, theatre, TV and film. I’ve worked in front and behind the camera as an actor and producer and writer. I’ve been acting pretty solidly for around 20 years, and have to say that is what I enjoy the most.

I’ve done a lot of projects both drama and comedy but have to say making people laugh is where I most enjoy to work. I recently just completed a film called ‘Green Rush’ the ultimate strain with my great mate Jason Lee Hyde. We have actually done 4 films together, Jason is absolutely hilarious and I think we have a very unique comedic chemistry together. We actually wrote and also produced this film and it’s a sequel to another film we did called ‘Hit The Big Time’. We are like the worst hitmen in history and this film picks up where the last left off, years later where we are in hiding from the mob after a bungled job. My character Cooper once again is in hot water with the mob and chaos and mayhem ensues once he reunites with Crouch.

The film is directed and edited by another great friend Duncan Thomsen. We have also collaborated on many projects and have even won a few awards together. Duncan is great with performance and is a world class editor with an evil sense of humor. I don’t want to give too much away but think this one will definitely tickle your funny bone.

An entertainers life is definitely full of unique experiences and challenges and is not for the faint hearted. You are never quite sure where the next pay cheque is coming from even if you are busy you are not necessarily making big money. You will be engrossed in a project and loving every minute on set, then the project comes to an end and you are like, OK well that was great I’m ready for my next challenge whats next? then nothing. You can go weeks and months between gigs. It’s a roller coaster of emotions you go from lead in a film where it seems everyone is congratulating you to then being seemingly un-hirable and you can’t catch a break for love or money, hero to zero in a matter of days, but thats the gig.

You quickly learn to be humble during the highs, because you are sure going to be during the lows. You need a thick skin and a good attitude with plenty of patience and perseverance. I think the most important thing is to enjoy what you do, enjoy the journey it’s not just about the destination and when it stops being fun, then maybe that will be the time to consider doing something else.

Let’s say your best friend was visiting the area and you wanted to show them the best time ever. Where would you take them? Give us a little itinerary – say it was a week long trip, where would you eat, drink, visit, hang out, etc.
Great question and I literally just did it so our itinerary went something like this…

Duncan came over to show me the final cut of the film and to hang out and catch up.
He crashed at my place and we partied all over town, after spending a couple of years locked down with the pandemic it was good to be out amongst people.

We went to an event my friend Anolan Dragitsch threw in Beverly Hills for Dr. Sharona Nizarian who is running for Beverly Hills city council. It was super fun with the wine flowing, I said a few words in support of Sharona on the mike and a fun time was had by all. We had a few cocktails after in Wallys and then dinner at Maestros my favorite steakhouse.

Next day breakfast at the Urth cafe on Melrose in West Hollywood, always a good spot and fun crowd. I took him over to Griffiths park observatory, always a great day. Chilled evening we went over the film and had some ideas for the trailer and promo as that will be the next step.

Next day was spent in Venice, actually breakfast at the Atmosphere in Marvista, day spent on Venice boardwalk and up and down Rose Ave. lunch at Cafe Gratitude, healthy option, sundown margaritas at the Venice
Whaler then dinner at Wabi.

Actually had a couple of auditions the next two days so was working on the lines mostly in Roxbury park in Beverly Hills, auditions were self tapes, great having him around to help out.

Next day we have a genius idea to shoot a promo in a helicopter for the film, we hit the internet and the first person we spoke to was Rob at Lite Flight helicopters at Van Uyes airport. Top fella and we arranged to go out for sunset the next day.
Too much fun, Rob was great and the whole experience was awesome, its amazing to see the city of angels from the air and we did the Hollywood sign to downtown as well as Bel air and Beverly hills, can’t recommend these guys enough and I did the whole thing in a tuxedo !

We then zoomed over to the Hollywood walk of fame and filmed an improv premiere scene outside the Dolby theater and even posed for a few pics as James Bond with some tourists, too much fun.

Next night drinks in the Skybar in the Mondrian hotel, dinner at Le Petit Four on Sunset Plaza Drive.
Final night we watched Marlon Wayans do standup at the Palace theatre downtown as part of the Netflix is a Joke comedy Festival. He was absolutely brilliant as was his warm up DC Ervin, if you get a chance to see these guys they are bloody brilliant I laughed my butt off. I got a chance to meet Marlon backstage ( courtesy of DC and the wifey Stephanie) what a class act, he was meeting his fans despite doing almost a 2 hour set. I told him what I liked about his act and he was very corteous a true class act. 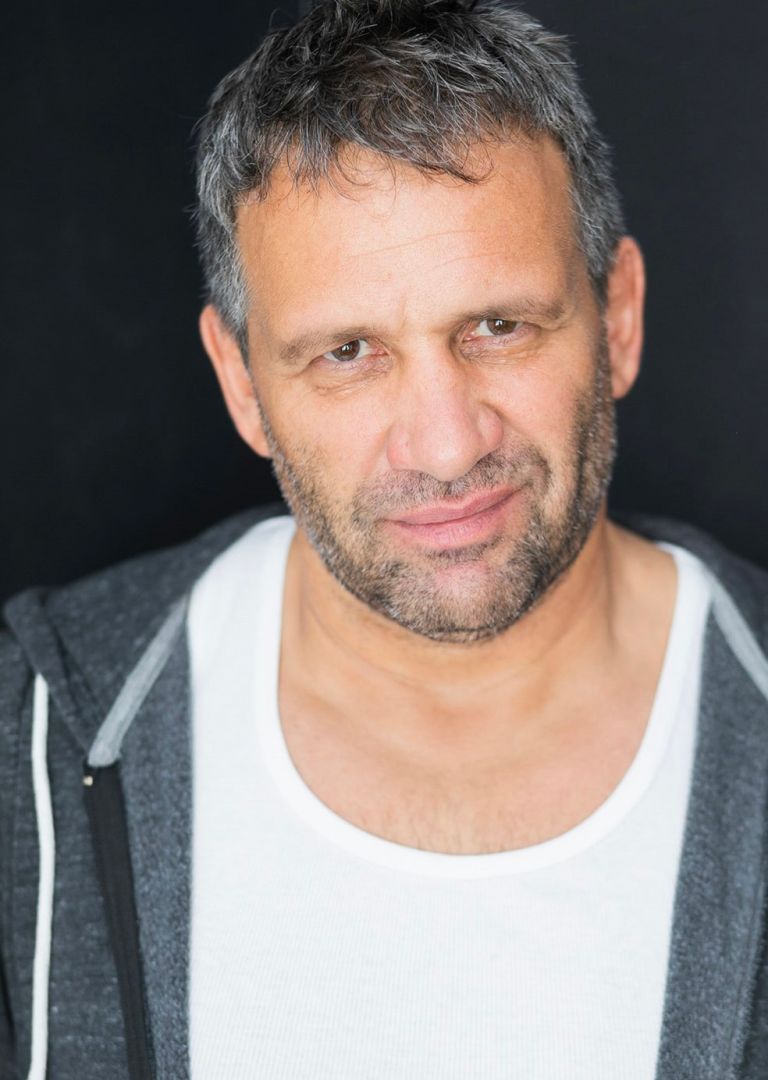 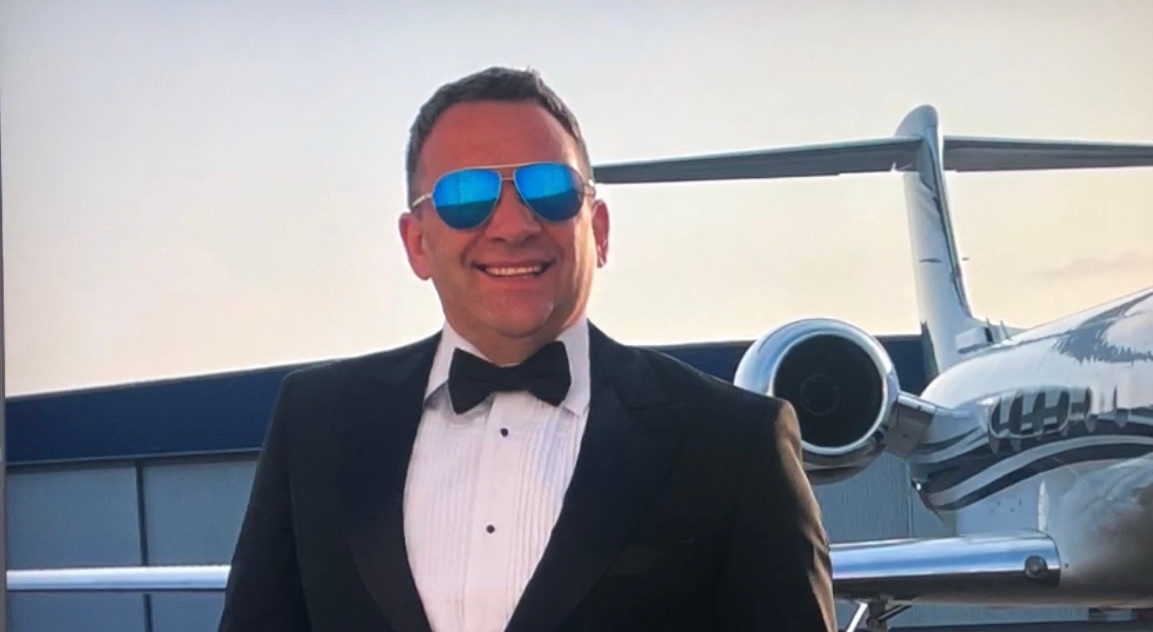 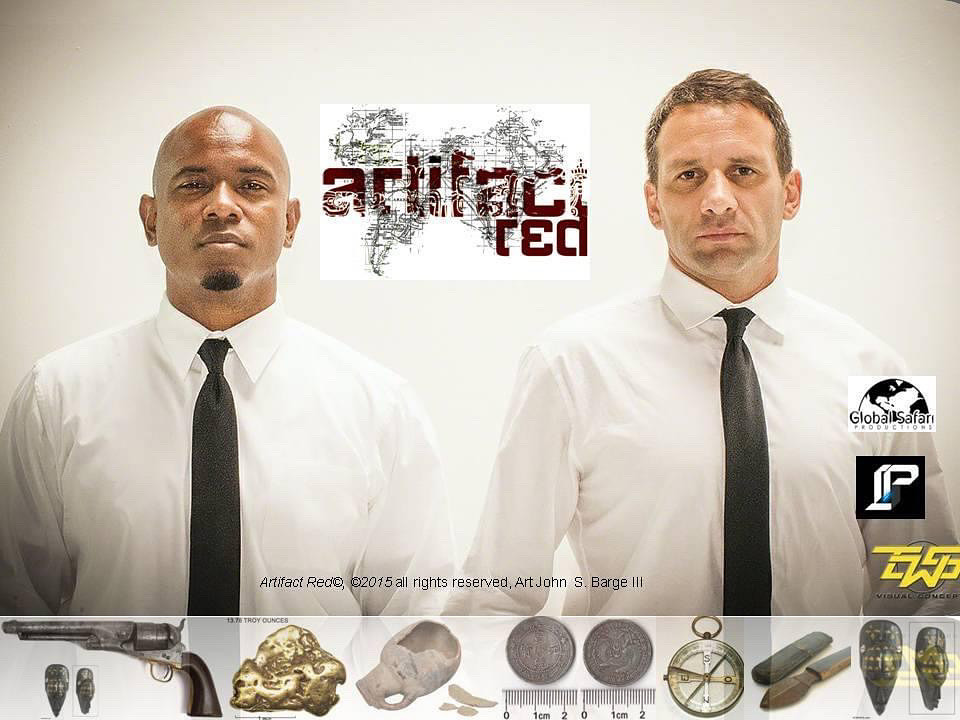 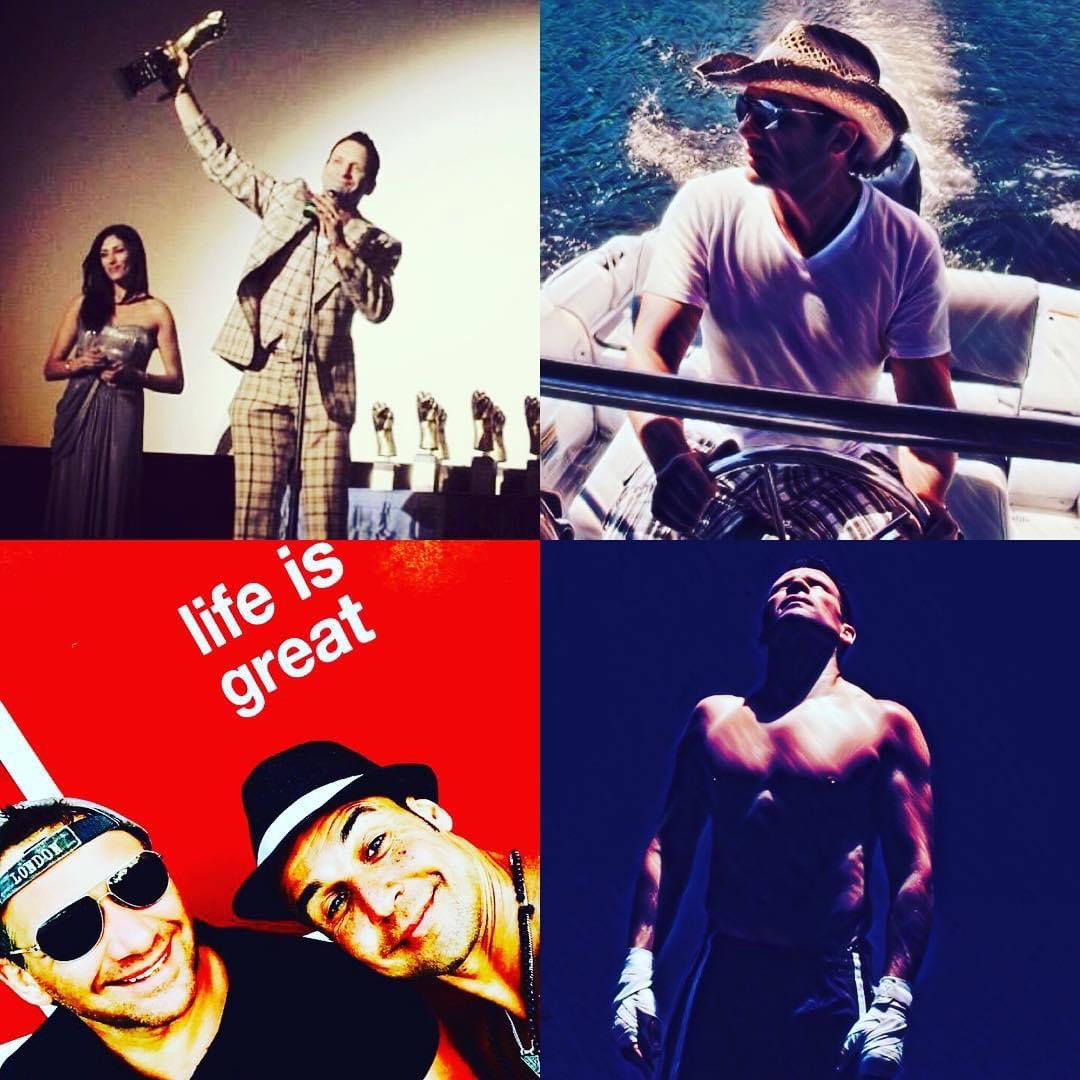 Who else deserves some credit and recognition?
I would like to dedicate my shoutout to my wife Stephanie. I can’t imagine my life without her and it’s only thanks to her love and support I get to share this amazing life with her in L.A.