We had the good fortune of connecting with Joi Fowler and we’ve shared our conversation below.

Hi Joi, what was your thought process behind starting your own business?
I was living in Atlanta cooking and throwing the best parties for people around the city so it was only right that I took that seriously and found my niche of what I was personally great at doing. Once I moved to LA I put myself through culinary school during a rough patch in my life after I had been recently laid off from the IT job that brought me out to LA. I have been working for over 15 years as a VoIP Engineer for major corporations to include Dell, Fox/Disney, Warner Brothers, UCLA, Koch, and Yellow Pages to name a few. Not wanting to continue to work for other companies, I began to use my salary to fund everything in my culinary business. Once I graduated culinary school, I immediately entered the MasterChef competition finishing as a semi-finalist in Season 10. Creating relationships and connections along the way I began to form a presence in Los Angeles in the culinary community. Chefs & Clefs was then created with my boyfriend, Ronnie Young Jr. “BlameRonnie” who is a well-known super producer and musician. Chefs & Clefs is a pop-up culinary and entertainment experience focused on providing food for the soul, and music for the heart. We joined forces to build a brand that encompasses a sophisticated and vibrant atmosphere for guests through my event planning company Vanity Room providing a one-stop shop for events. 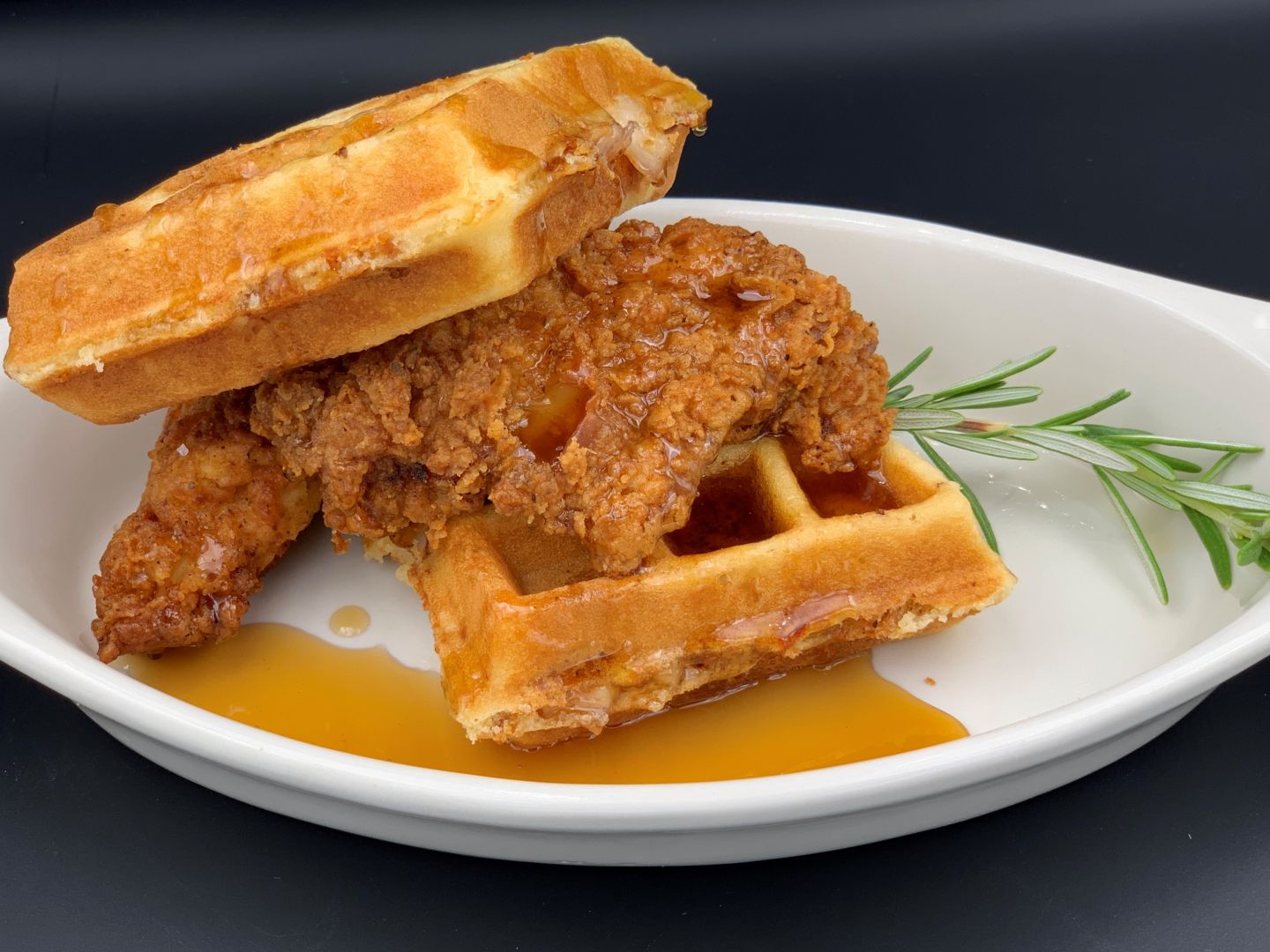 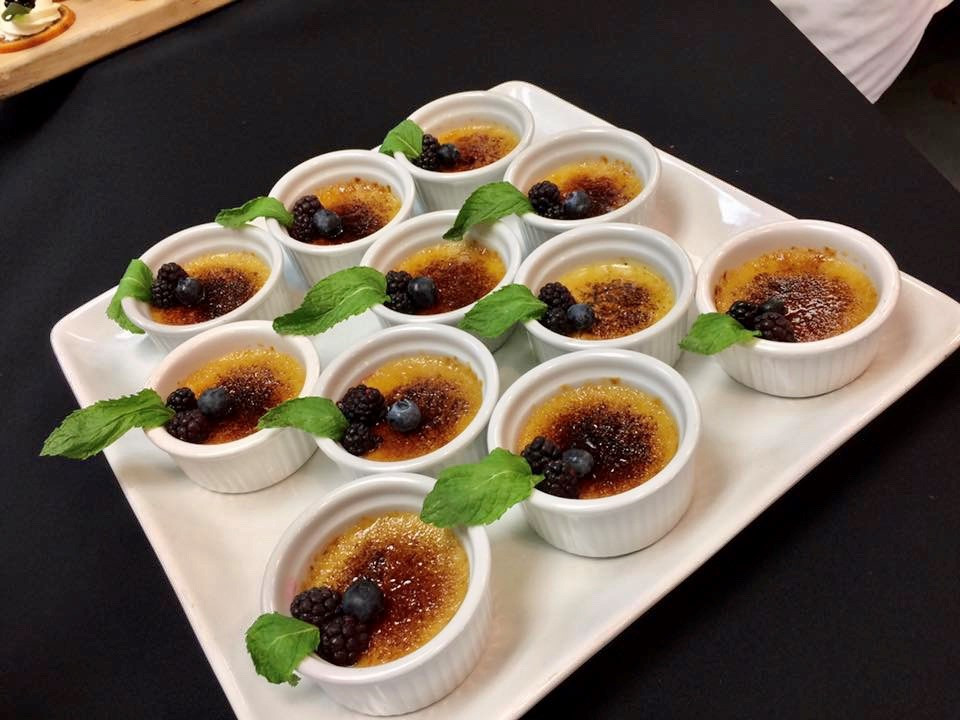 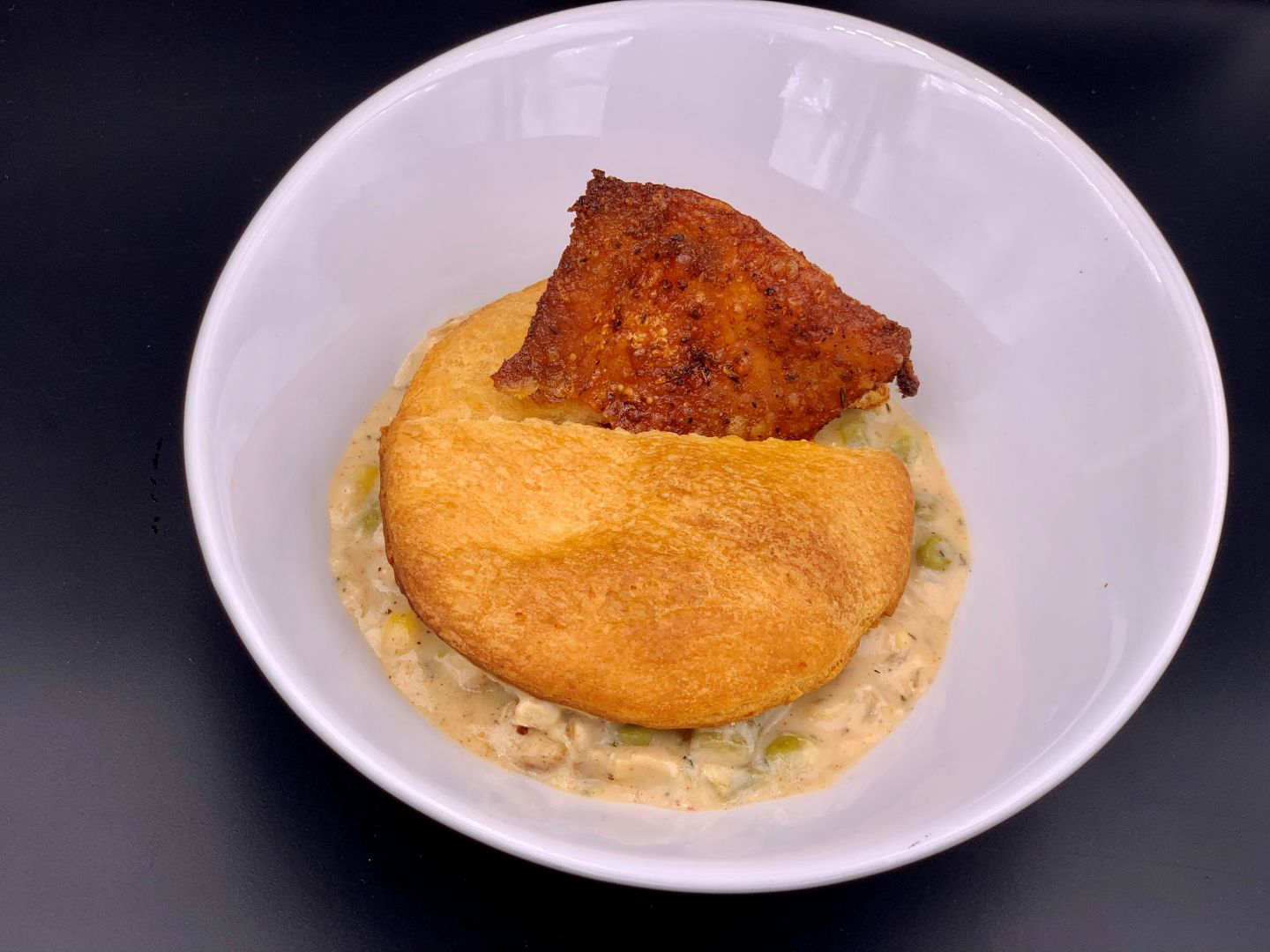 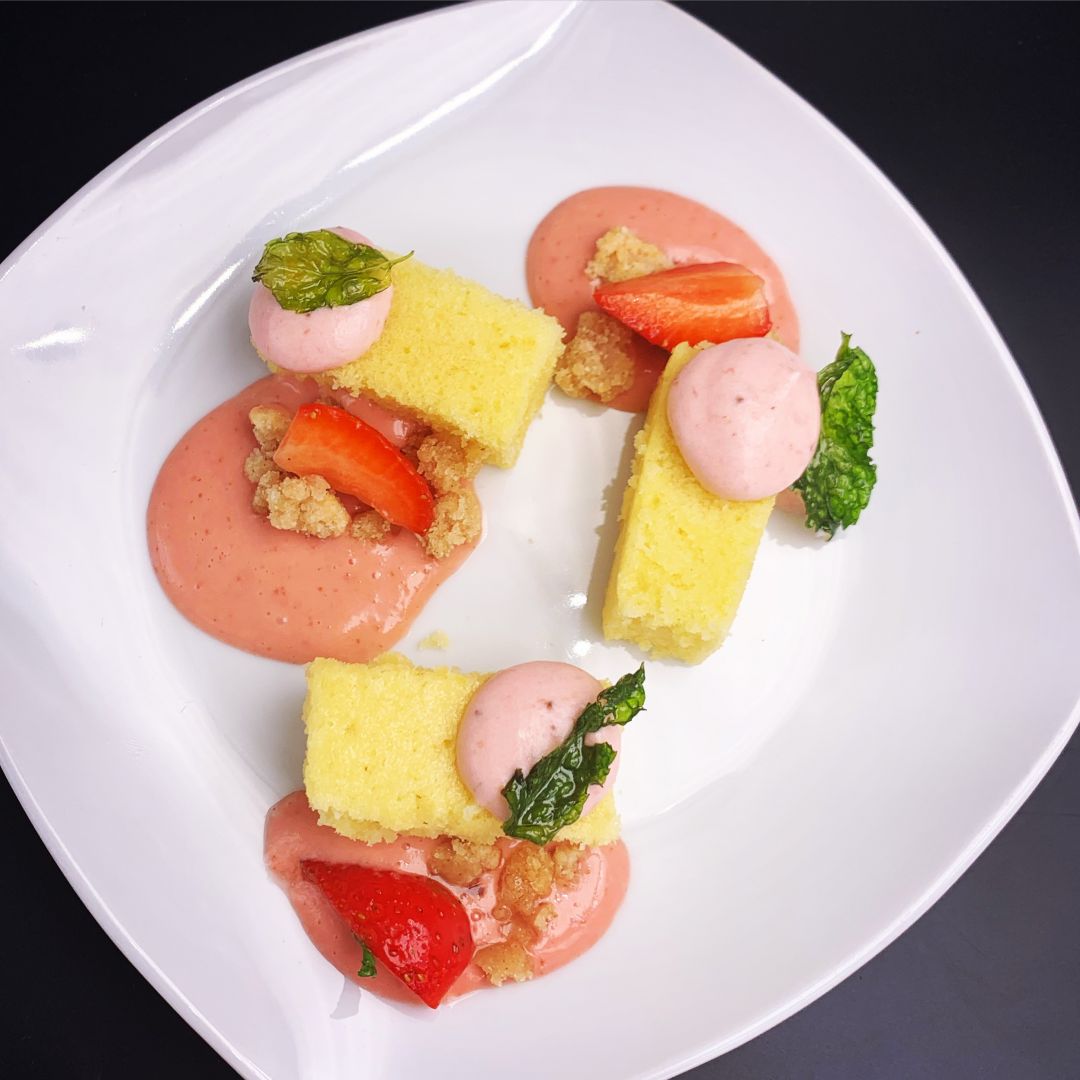 Alright, so let’s move onto what keeps you busy professionally?
As a child, I initially wanted to play outside with my friends, but little did I know that the time in my grandmother’s kitchen would give birth to a passion for cooking. Now, I’m literally spreading “joy” through my ability to please people’s taste buds and appetites with my extraordinary gourmet meals. The sweet Southern Belle hailing from Atlanta, Georgia, I am an in-demand executive chef based in Los Angeles who is making a name for herself in the culinary world. My track record is strong as I was most recently a semi-finalist on the season 10 of the Fox competitive reality series “MasterChef,” and featured on a food-travel show with Bravo’s Chilean Top Chef judge, Pamela Fidalgo. I have also prepared delicious meals for various athletes and celebrities to include Lou Williams, Larry Sanders, Nerlens Noel, YFN Lucci and Princess Love to name a few. In each case, I receive joy from seeing delighted smiles from those after tasting my appetizing food. I’m known for southern cuisine but with a modern touch from fried chicken and waffles, macaroni and cheese, and shrimp and grits. But I’m also multi-talented in other areas such as Asian, Indian and baked goods. There is “no holds barred” when it comes to my ability. My journey as a professional chef began in 2017 after a series of tumultuous events. I wrecked my Mercedes Benz, my favorite team, the Atlanta Falcons, lost in the Super Bowl then I woke up the next morning to learn I was laid off. I hit rock bottom without a job for several months and even faced homelessness, but I still attended my culinary classes at the New School of Cooking in Culver City to develop my skills. I made ends meet through my event planning company Vanity Room, where I began networking with some major players in Hollywood. It paid off in the long run as my company helped land my first event coordinated gig for Dr. Robert Rey, who was featured on the E! reality television series “Dr. 90210.” I went on to build a grassroots network that continues to grow. I have become so successful that I created a culinary division within my company, Vanity Room, to provide cooking services. In all, I’m turning my dreams into reality.

Any places to eat or things to do that you can share with our readers? If they have a friend visiting town, what are some spots they could take them to?
I would begin by visiting some of the best brunch spots with bottomless mimosas like The Federal, The Waffle or Blu Jam Cafe. After that going to Malibu to enjoy the beach and have drinks at Moonshadows or Maestros because the view and elegant dinning is very much the vibe. We can enjoy the pier in Santa Monica or if they are down for a drive we can go to Knottsberry Farms or Medieval Times. I love any adventure and physical activities (within reason) so going to the Magic Mountain or Universal Studios is always a great time. For the night life I would more than likely have them at a private party at some celebrities home where phones are not allowed. I would really accommodate the vibe of the person who is visiting and wing it and go from there as my friends know I can either “do too much” or try to include everyone I know. 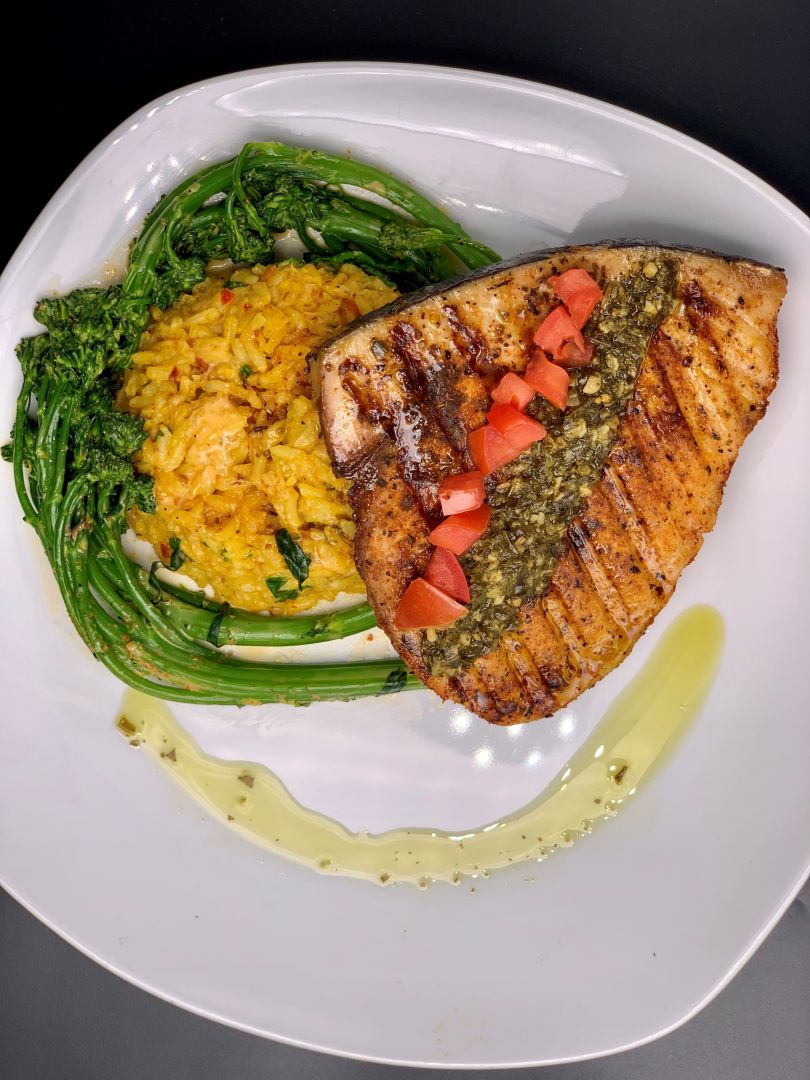 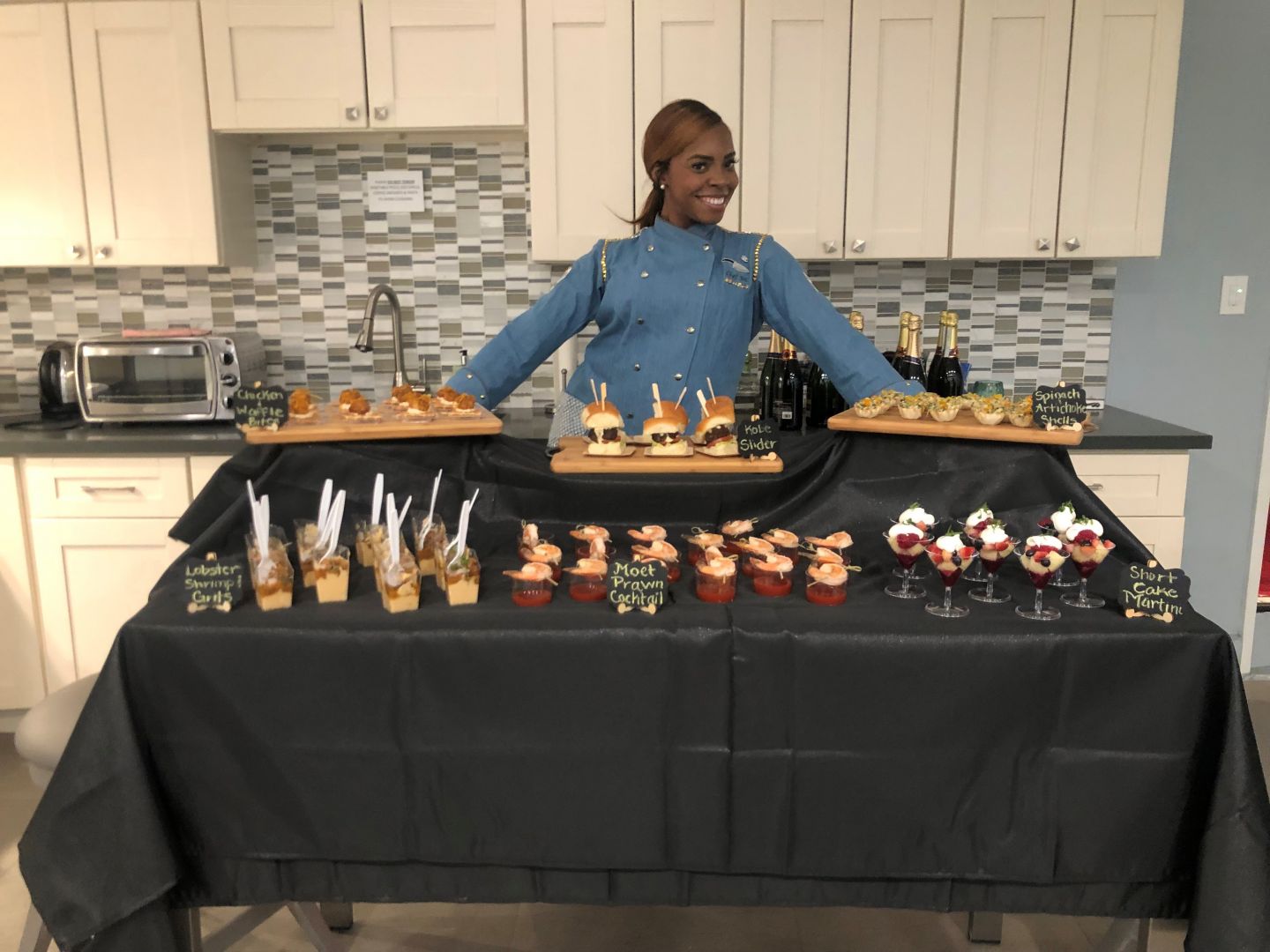 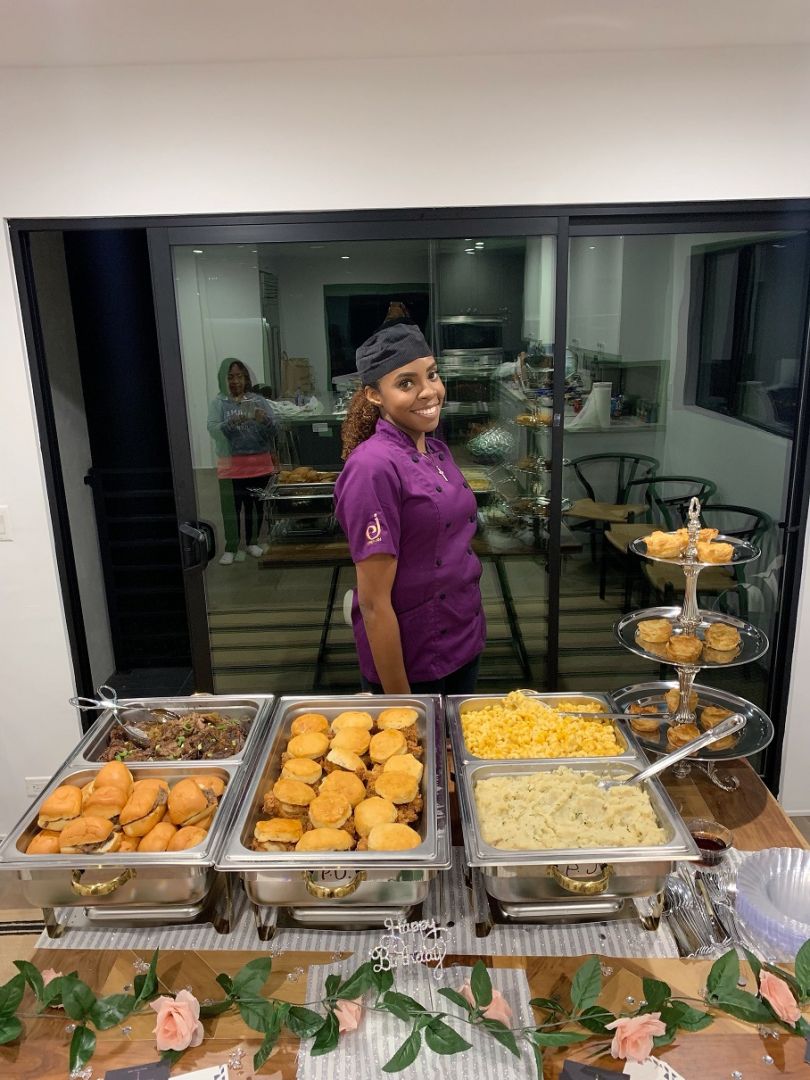 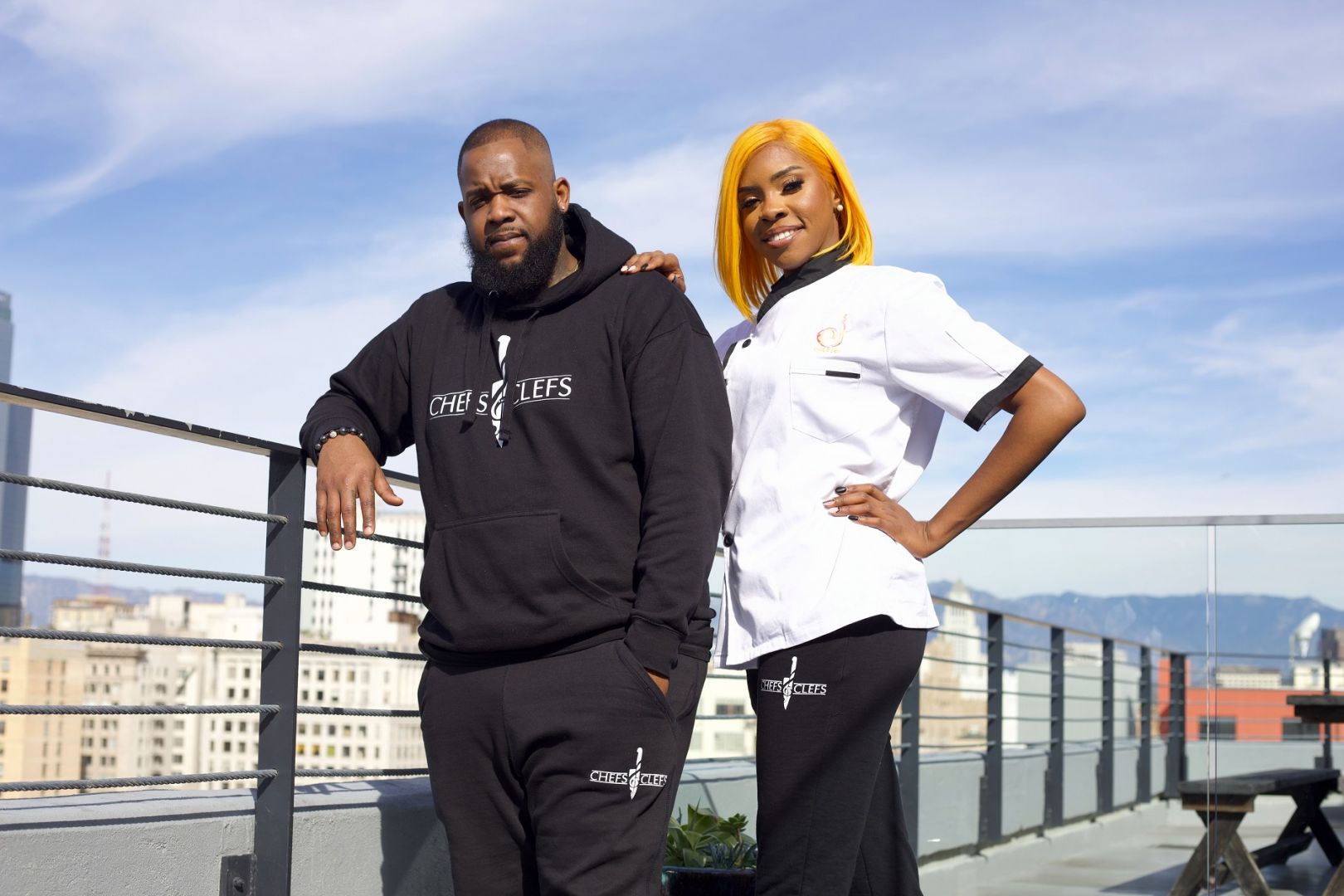 Who else deserves some credit and recognition?
I would like to give a special thank you first to my family and friends who have been the driving force in ALL I do. To my mother, Karen Russell and my sister, Jhane Barnes, I love you. A lot of love and dedication goes to Ronnie Young Jr. for being such a great partner in life and loving me flaws and all. To my best girlfriends and good “Judy’s” I owe you guys for every positive vibration, words of encouragement and support for all that you continue to do in my life. Thank you to my recruiter who saw my intellect, potential and motivation and placed me in a higher MOS job while I served in the Army that allowed me to work in the field of IT. If I did not have the income and ability to provide for my passion I would not know where I would get those funds. I would also like to thank my manager, Winnie Foo, for believing in me to the point she allowed me to take time off work to apply for MasterChef and invested into our Chefs & Clefs brand. There are so many chefs that have helped and inspired me along the journey that I can’t name everyone and I thank you all for each nugget of knowledge, assistance in the kitchen and any positive ways you have impacted my career.