We had the good fortune of connecting with Josh Baum and we’ve shared our conversation below.

Hi Josh, why did you decide to pursue a creative path?
My fascination with animation started as a little boy while watching movies like Toy Story and The Iron Giant. I remember sitting on the couch amazed and engulfed in the idea that a “cartoon” could show such emotions and movement. I must have watched those movies over 50 times, and I am still in awe of it. I started doing art when I was very young, but didn’t actually realize it. Creating with playdough, building with blocks, building snowmen, drawing characters, and creating believable world for my toys to play. I was a quiet kid and making and drawing for me was the only thing I was happy doing. I always had to be doing something hands on or creative. I always was doing a project and thinking of what project I was going to do next. Growing up and watching all the classic Disney/Pixar movies and going to Walt Disney World inspired me to become an artist. At a very young age I was being exposed to these magical and believable worlds in these movies and Disney parks. As I grew up, I didn’t just enjoy these movies and parks as I did when I was a kid, but I actually began to analyze them and take interest in how they made it all. Fast forward several years, it finally clicked that I wanted a career in art when i was in high school. After years of taking art classes in school, it never really clicked with me that a career in animation was the only thing I can see myself doing for the rest of my life. And because my high school had such a great art department and teachers, it made it possible to get into my dream college, Ringling College of Art and Design. It was here where I really was in my element, collaborating and making animations with colleagues. And because of that experience, I now have my first job in the animation industry at Buck Design.

Can you open up a bit about your work and career? We’re big fans and we’d love for our community to learn more about your work.
I wasn’t serious about art until I entered high school. It was here that I learned the basics of color, light, composition, value while exploring different mediums. I was in studio art, digital media, film production classes in highschool that prepared me for college. While I enjoyed doing traditional and digitally art in school, it wasn’t until I attended Ringling College of Art and Design where I began to learn the principles of animation and began animating. Going to an art school was an extremely fun experience for me but also very tiring and challenging. They taught us all the tricks and trades in the animation pipeline, which all lead up to making our senior thesis short films. This was our chance to make a short film where it showcased what we have learned during our four years at Ringling. A lot of sweat and tears went into the short film, “The Switch.” In the process of making our thesis films theres one thing that I learned the hard way – don’t get attached to anything you make, especially in the animation industry. It’s hard as an artist to not get too attached to a shot you have been working on for days, doing critiques at Ringling has taught me that. There was a time where we had to roughly lay out our entire film to get a sense of how it worked together, and at the end of the critique we came to the conclusion that where our film currently was, it wasn’t working. So, we had to completely redo the films layout, which we spent weeks on, in a matter of days. I was crushed, but I knew in the end it would work out for the better, and it did!

Let’s say your best friend was visiting the area and you wanted to show them the best time ever. Where would you take them? Give us a little itinerary – say it was a week long trip, where would you eat, drink, visit, hang out, etc.
Thats a tough one. Ive only been living in LA for just over a year and part of that time was taken away from the pandemic. I would definitely go hiking with them at Griffith Park or in Malibu. I would probably visit some beaches and walk the towns near them. Ive still never went to Big Bear or Joshua Tree, so we would would go spend the day there and camp.

Shoutout is all about shouting out others who you feel deserve additional recognition and exposure. Who would you like to shoutout?
I would love to dedicate this shoutout to the amazing people at Buck Design. I have learned so much at Buck, in such a small amount of time. Buck brought me in as an animation intern right after graduation and they have been giving me non stop support and knowledge to be the best animator and person I can be. The mentorships and opportunity to work on such amazing projects with such an amazing team deserves some recognition. 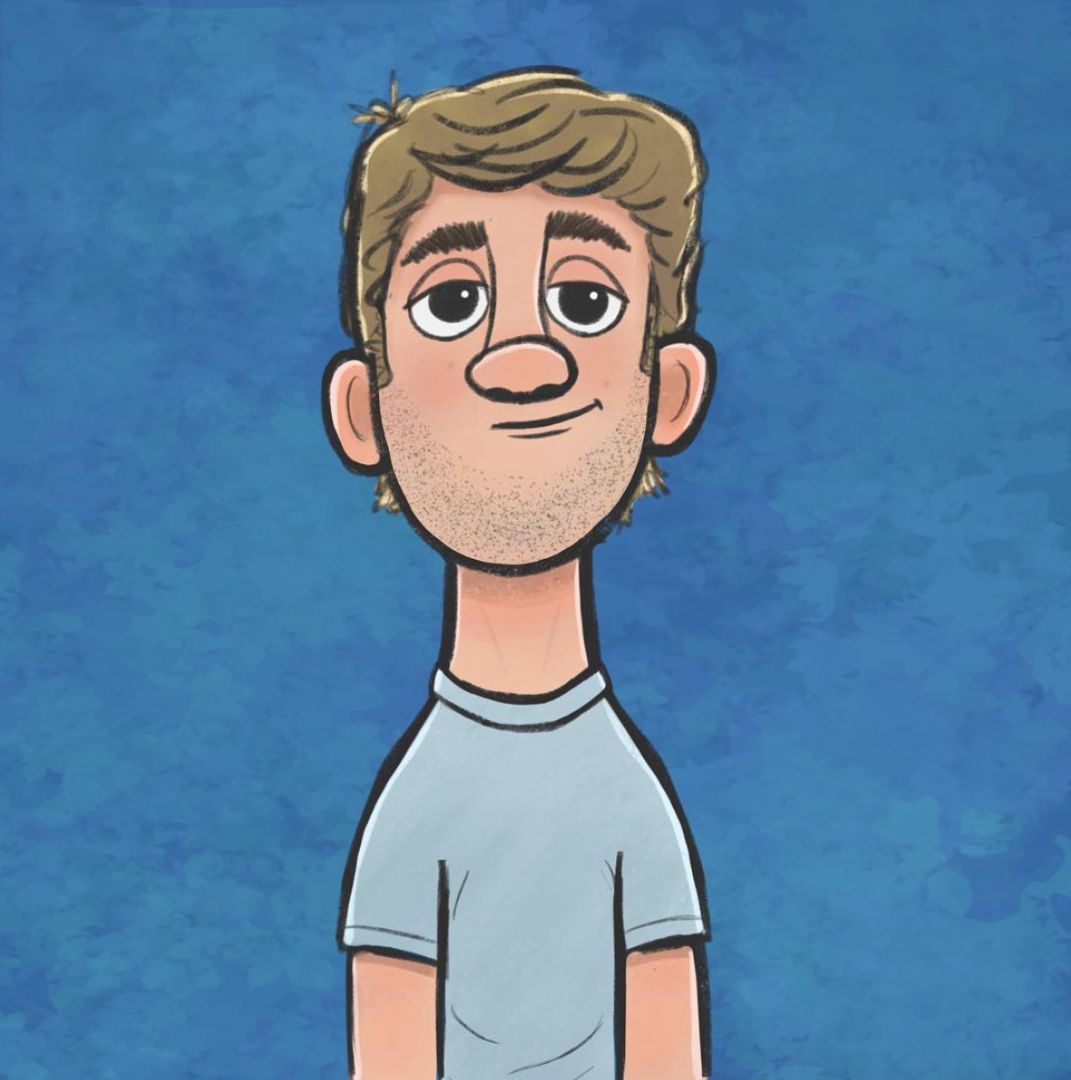