We had the good fortune of connecting with Judy Whitmore and we’ve shared our conversation below.

Hi Judy, what is the most important factor behind your success?
I think my achievements intrigue people because they are in fields so varied and unrelated. In addition to being a performer I also: 1) have a commercial pilot’s license and have flown hot-air balloons, seaplanes and jets, 2) was a theater producer in Los Angeles and London, 3) have a graduate degree in Clinical Psychology and still maintain my California license, 4) have written three books including a #1 best-seller. From conversations I’ve had with many people, this versatility appears fascinating. To me…it just seems normal. 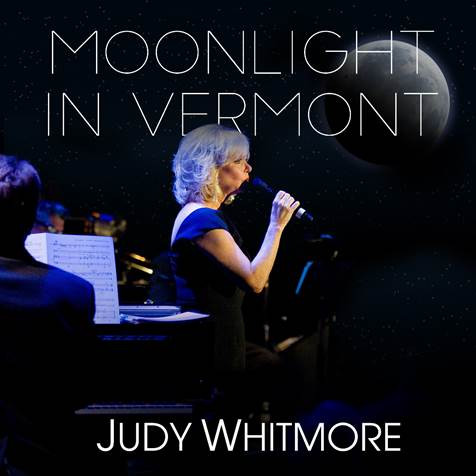 Can you open up a bit about your work and career? We’re big fans and we’d love for our community to learn more about your work.
I am tenacious to a fault. There’s a plaque on my desk that says “NEVER, NEVER, NEVER GIVE UP.” When I was twenty years old, I did not abandon my dreams of becoming a singer, I just tucked them away until the time was right. It wasn’t easy. It’s never easy. But if you stay laser-focused on your goal, you can get there. You just can’t give up. The two most important lessons I’ve learned along the way are…if you say you’re going to do something…then do it – and always be kind. A couple of weeks ago a young checker at the grocery store, who has known me about five years, told me he loved the songs on my album Can’t We Be Friends. He asked if I had written them. This was really exciting to me because the songs I recorded were written by the most notable group of composers of the 20th century, and I was responsible for introducing them to this young man. My goal has always been to introduce The Great American Songbook to the next generation. What a thrill!

Can’t We Be Friends

If you had a friend visiting you, what are some of the local spots you’d want to take them around to?
I enjoy questions like this because it gives me a chance to give a shout-out to the places I love in Southern California. One of my favorite places for breakfast is John O’Groats on Pico Boulevard. They have a huge menu and FABULOUS biscuits! I also like Chaumont Bakery and Restaurant on South Beverly Drive in Beverly Hills. They have the best croissants this side of Paris! For lunch I have two favorites in Beverly Hills…Il Cielo on Burton Way because the food is great, and the dining rooms and garden are so charming! Also, Il Pastaio because the pasta is so darn good! If time is not a consideration, I would drive to Santa Barbara to have lunch at La Super-Rica Taqueria. I’ve been going there for 20 years. It’s a hole-in-the-wall place. They make their own fresh tortillas all day long, and they prepare the best quesadillas and chilaquiles I’ve ever had. Head south to Balboa Island for a scenic walk followed by dinner at Basilic Restaurant on Marine Avenue. You’ll think you are in the French countryside, and Chef Bernard Althaus’ food is stellar! If you’re in the mood for Italian…halfway between Newport Beach and Laguna Beach is Pirozzi in Corona Del Mar. It’s noisy, but the pasta and pizza are world-class! One of my favorite places to take visitors is The Self-Realization Lake Shrine on Sunset Boulevard near Pacific Coast Highway. A walk through their gardens is a unique experience. The Bowers Museum in Santa Ana is a hidden treasure, as is The Garden of Oz in Beechwood Canyon. For an unforgettable summer night experience, you can’t beat The Hollywood Bowl!

The Shoutout series is all about recognizing that our success and where we are in life is at least somewhat thanks to the efforts, support, mentorship, love and encouragement of others. So is there someone that you want to dedicate your shoutout to?
It was always my intention to have a career as a performer. When I was in college, I was lucky enough to work for Capitol Records as a background singer. Then I had a couple of other singing jobs. But I got married very young, and soon had two small children. My life took a different path. Eight years ago, I started singing again. Then I met Peisha McPhee. She is the best vocal coach I’ve ever had. Now she is my mentor and friend. She encouraged me to record my debut album Can’t We Be Friends. It never would have happened without her. I also want to recognize my writing mentor and friend, the best-selling author and award-winning writing instructor Louella Nelson. Eighteen years ago, I took a writing class taught by Lou at UC Irvine. It was in this writing class I began the book that became my best-selling novel Come Fly with Me.

Meet Aparna Srinivasan | Founder/CEO of SpotOn.Pet, the ultimate ride for you and your pet!