We had the good fortune of connecting with K Enagonio and we’ve shared our conversation below.

Hi K, how has your background shaped the person you are today?
I feel like I’m from all over the world, honestly! I was born in Oklahoma City, but when I turned 16 my family relocated to Abu Dhabi, in the United Arab Emirates. I graduated high school there and then moved up to Dubai to study film and intern at Skydive Dubai as a videographer. While in Dubai I started documenting my life on YouTube, because I realised how fascinating it was to be from the midwest and then move to the Middle East. After two years in Dubai my father told me he had a job offer to go to Perth, Western Australia. My school, SAE Institute, was started in Australia and they happened to have a campus in Perth, so I was able to continue my Bachelor’s coursework there for my final year. When I moved to Perth I started a band called Mourning Lilith, as their vocalist and I started photographing concerts. I had been doing vocal covers on YouTube for years and when American bands came through Perth they’d recognize me from my YouTube videos and would often let me photograph their shows and do some guest vocals! Shortly after graduating from SAE with my BA in Film Production I decided to move back state side to California. I figured that Cali was where everyone else went to “make it,” so I packed my bags, took a leap of faith, and moved to California, where I literally knew one band, Heartist. I decided to move down the street from the famous metal venue, Chain Reaction, in Anaheim, and soon was touring with bands around the country and building my freelancing business when I was at home. I feel like growing up internationally made me an extremely well-rounded person and it taught me so much about different cultures and societies. I’m forever grateful to my father for giving me those opportunities as a teenager and young adult. 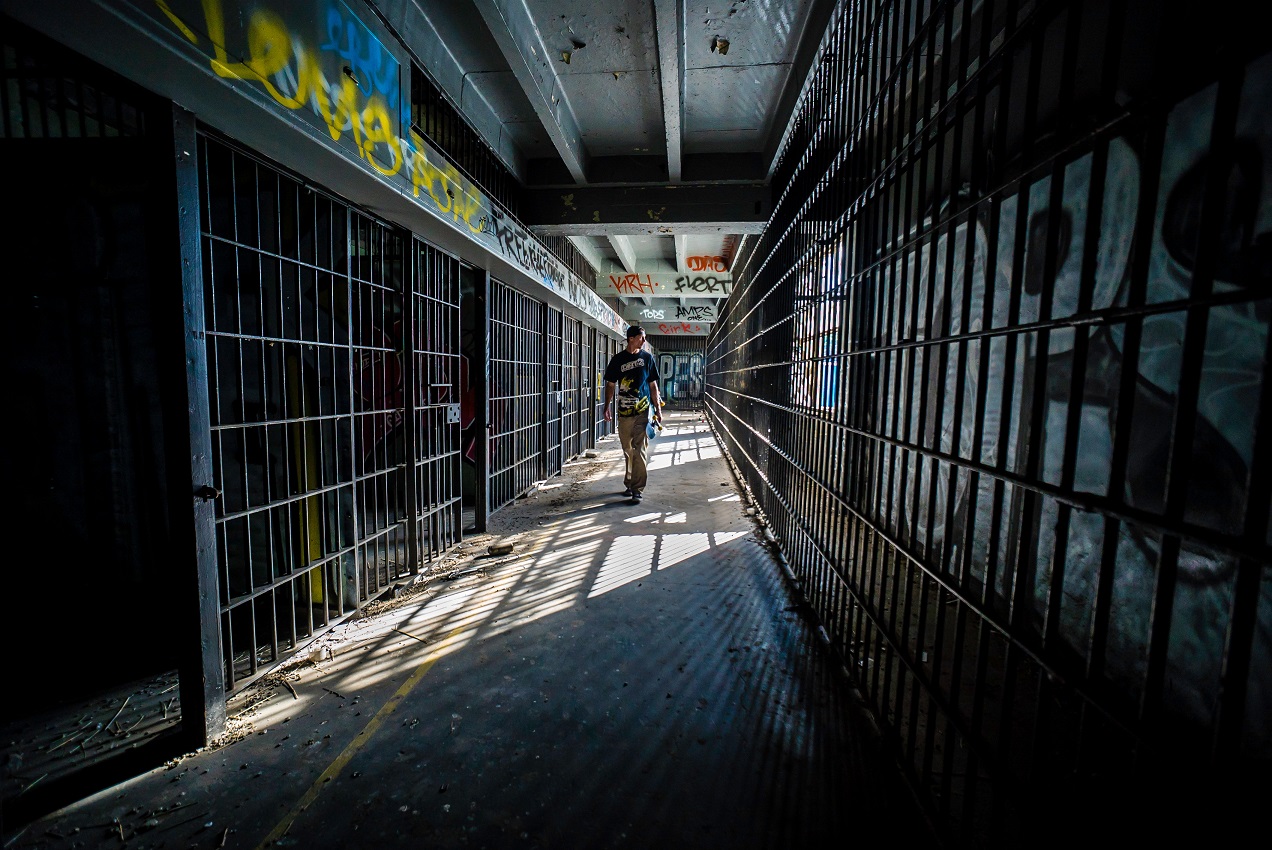 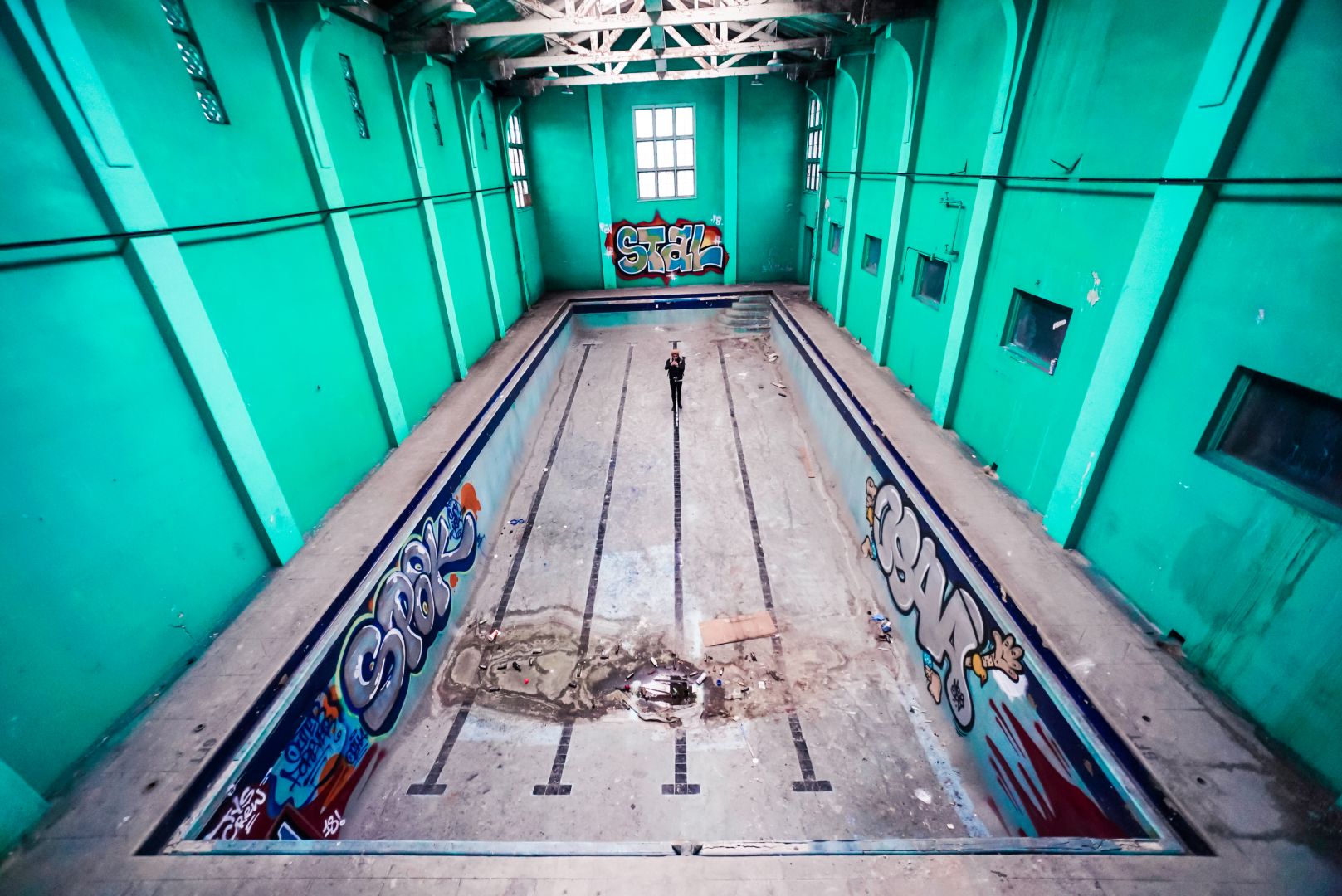 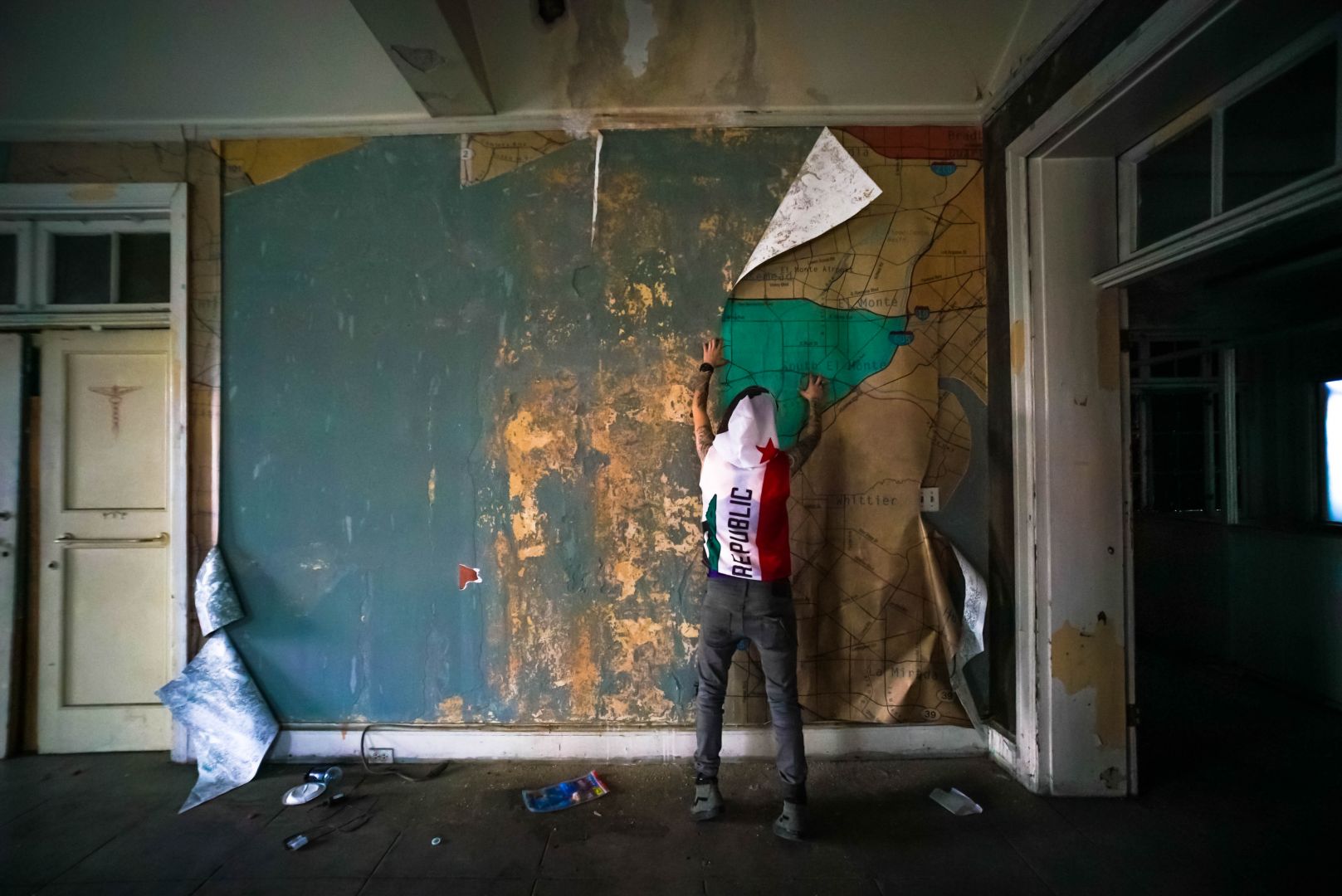 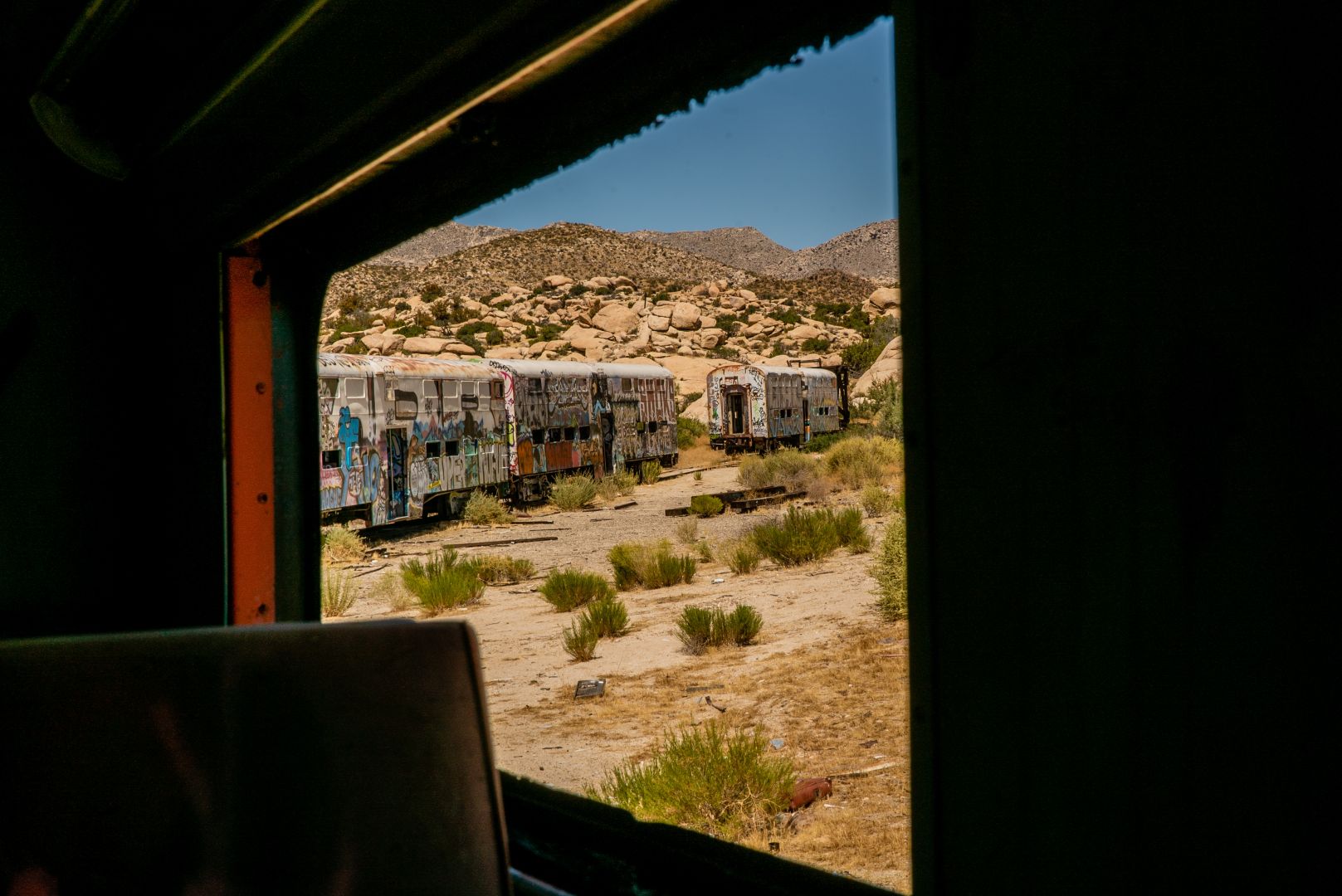 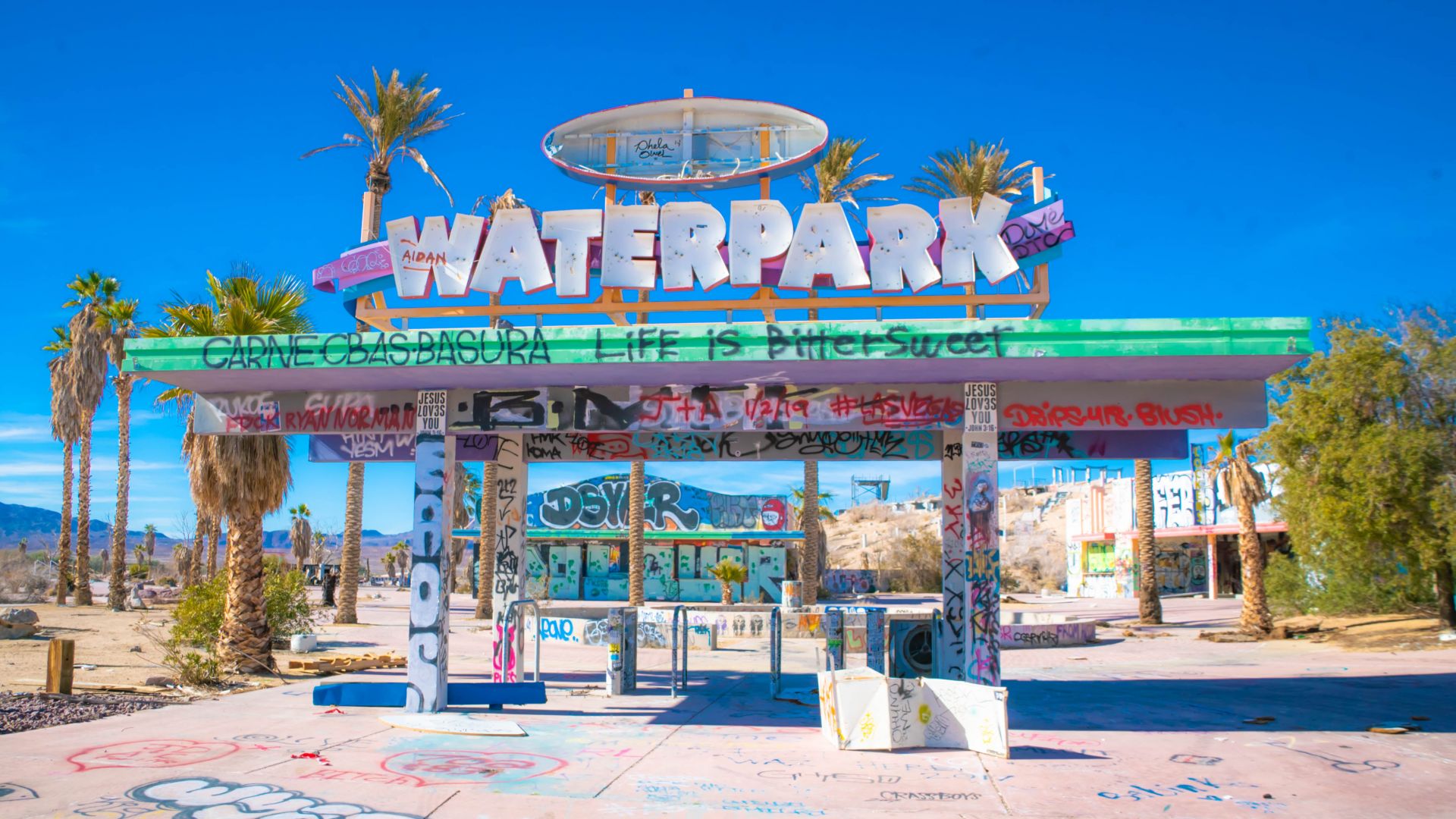 Alright, so let’s move onto what keeps you busy professionally?
Oh, my art. There’s so much to say! To start off, when I’m not freelancing as a videographer, drone pilot, or photographer, I am exploring abandoned places. I’ve had this hobby since I was a kid and started documenting it in 2016. In 2016 I went to a photography meetup in Los Angeles and met some fellow urban explorers who wanted to explore with me so we started hitting a bunch of abandoned spots around California and soon after, around the country. I’ve even taken my explorations internationally, to places in Canada, Greece, and Portugal. Anytime I get asked to film a music video I ask if it would make sense to film it in an abandoned place. I think this is one aspect that sets my art apart from others. I have since created a photography book about my explorations called No Tracers – An Urban Explorer’s Diary and it’s for sale on my website, Notracers.com In 2016 I filmed a music video for Lacey Sturm (ex-Flyleaf), for her single ROT, in an abandoned glass factory in Pennsylvania. The video now has over 4 million views online. It was one of the coolest projects I’ve gotten to work on and with such a legend! In 2016 I also started a music project called Chasing Satellites. I’ve written tons of songs about space exploration and even have a song called Revolutioneyes, which is about Elon Musk’s journey. In 2017 I got to go on the Vans Warped Tour as a correspondent/journalist for Alternative Press Magazine to capture life on Warped Tour. I grew a lot as a creator during my stint working for AP Magazine and I learned so much about how to work with a team and publication. I also got to go behind the scenes of the X-Games that year. In 2018 I was invited to go behind the scenes of NASA, which was a dream of mine. I want to work for NASA/SpaceX someday as a videographer/content creator so that was my first introduction into creating content at a launch site. I’ve since been brought into a rocket launch publication called Hoverslamspace and in November 2020 I got to shoot my first rocket launch up in Lompoc at Vandenberg AFB. In 2019/2020 I hopped on tiktok as a content creator for both my urban exploration content (@notracers) and my music (@kthefemalescreamer) and have amassed over 250K followers on the platform. I’m on the road to 1mill in 2021. That leads us to 2021 and I’m planning on continuing to build new client relationships as a freelancer, traveling more for work, and I will hopefully be touring with my bands, Matriarchs and Chasing Satellites, this year as well as creating much more personal content online. All this being said, I have learned so much about creating art and running a business, what not to do, how not to get scammed (again), and I am currently working on getting an LLC set up for my brand, JustTheLetterK.

Any places to eat or things to do that you can share with our readers? If they have a friend visiting town, what are some spots they could take them to?
Well, I could go two routes on this answer..We could hit a bunch of abandoned places in California or we could go to some of the coolest photography spots in LA. Hmmm..why not both?! So I actually have a 30+ minute POV Photography video of my favorite spots to shoot in Los Angeles, which I’ll link below if anyone wants to watch it, but it starts in China Town and ends near the US Bank building in Downtown Los Angeles. Full video: https://www.youtube.com/watch?v=i1PmKTEhwWI&t=3s After a day of exploring LA I’d take us over to this massive, 17 story abandoned hospital so we could explore all it has to offer. Here’s a video of me and a friend exploring that together: https://www.youtube.com/watch?v=UWvjyGO00dY&t=146s Next we’d go to the famous abandoned Hawthorne Mall to explore that. Here’s a video of that exploration: https://www.youtube.com/watch?v=KV4GAL7mJiM Then I’d probably take them out to Victorville to explore the abandoned places out there, which there are a ton of. After that we could zip over to the abandoned Waterpark that’s on the way to Vegas. Unfortunately it’s being torn down soon so this hypothetical trip would need to be sooner rather than later. Here’s a video of me exploring there: https://www.youtube.com/watch?v=MGs6jwjYbA8 Lastly, I’d take them down to San Diego for the day to explore some abandoned trains! These are super difficult to get to but so worth the trek! https://www.youtube.com/watch?v=_gyxTUNT_OM&t=19s As far as food goes, there’s tons of incredible food in California, from Mexican to Asian cuisine and beyond. I’d take them to all the best local spots. 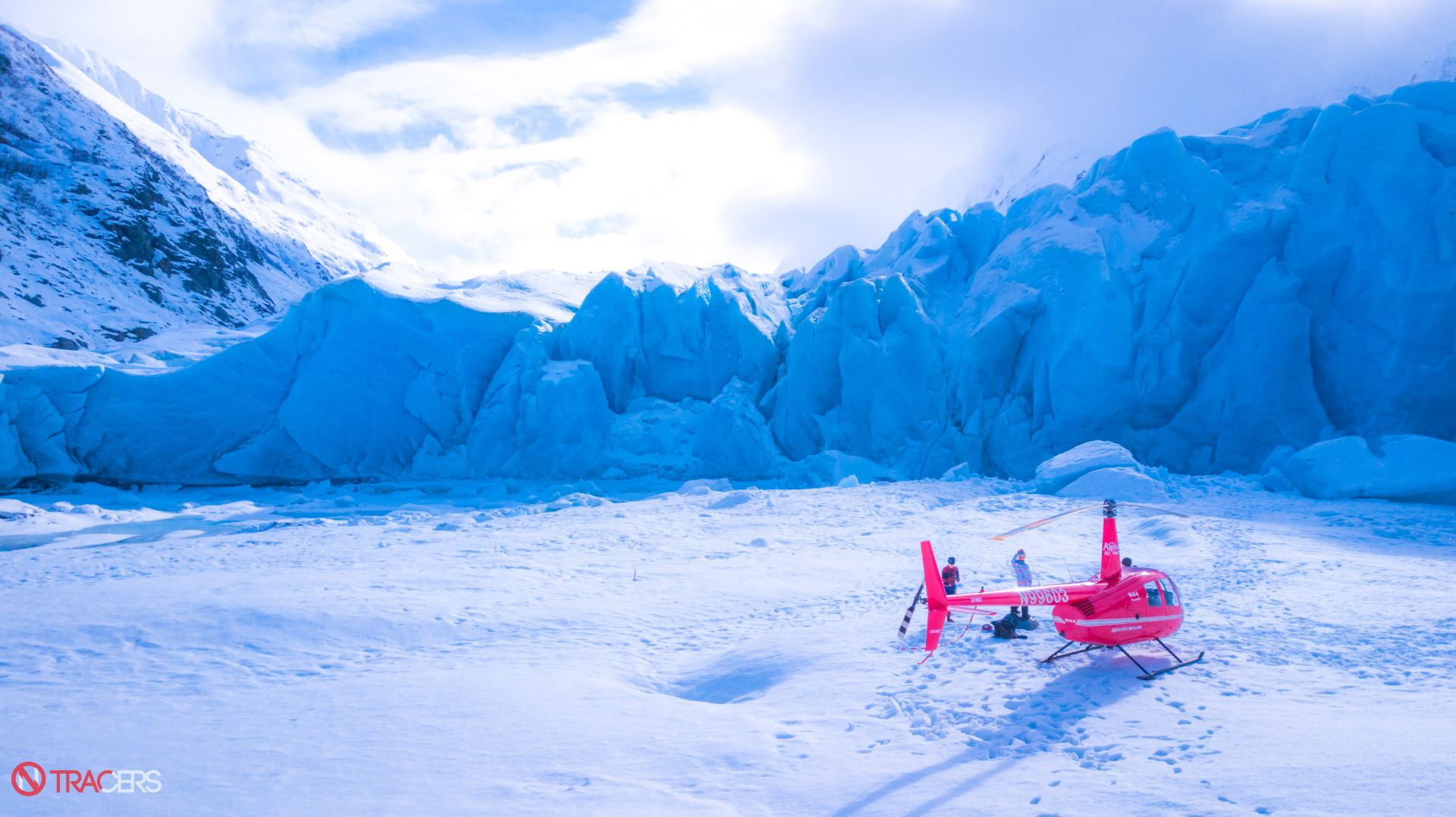 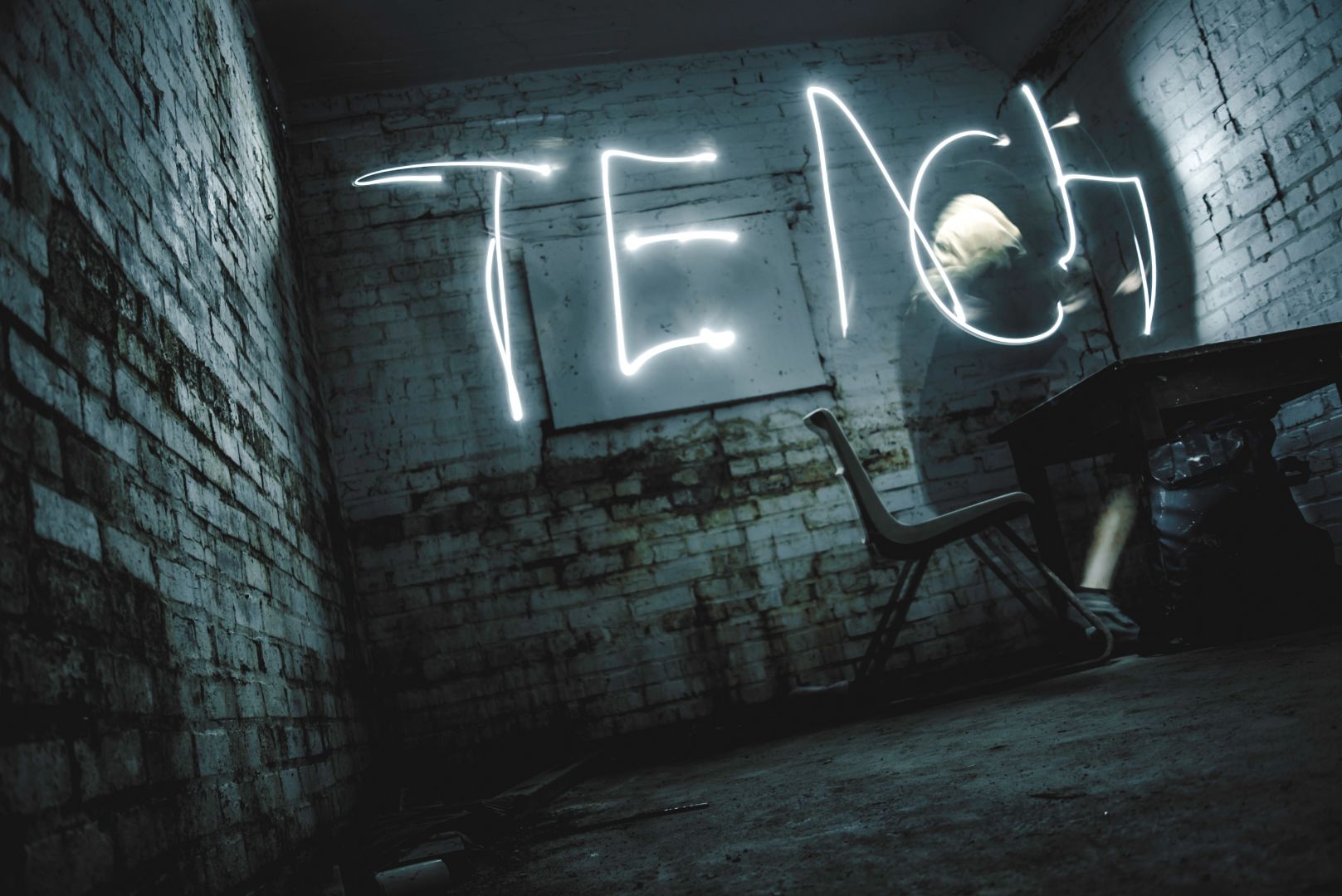 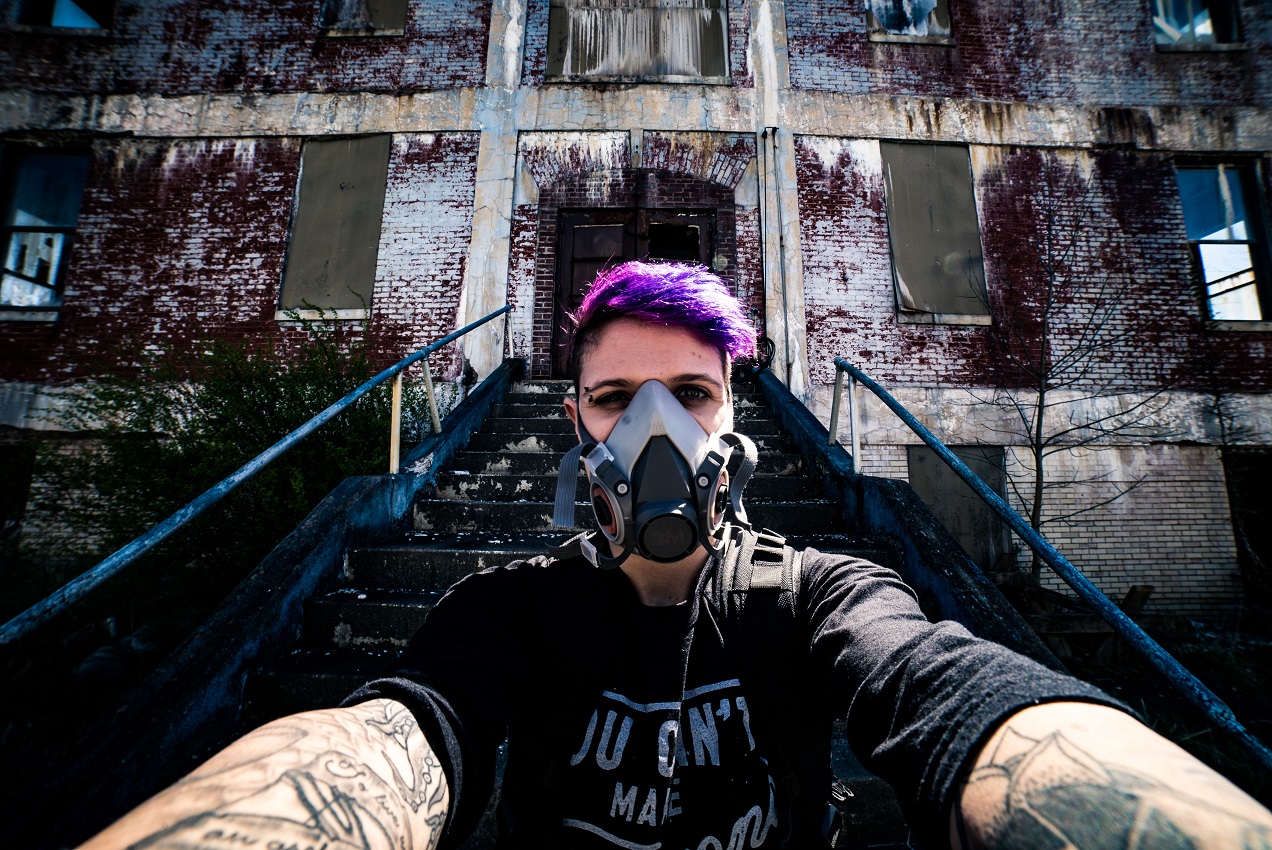 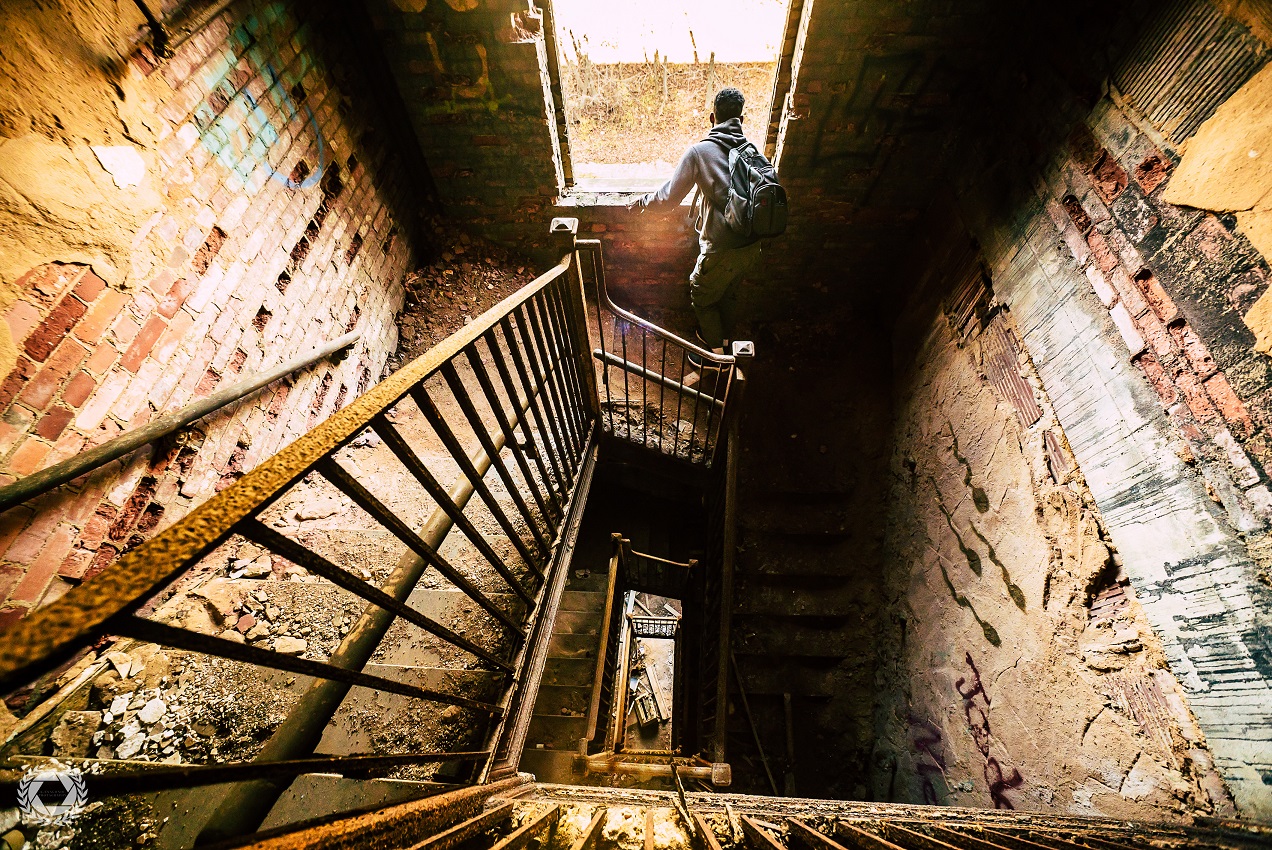 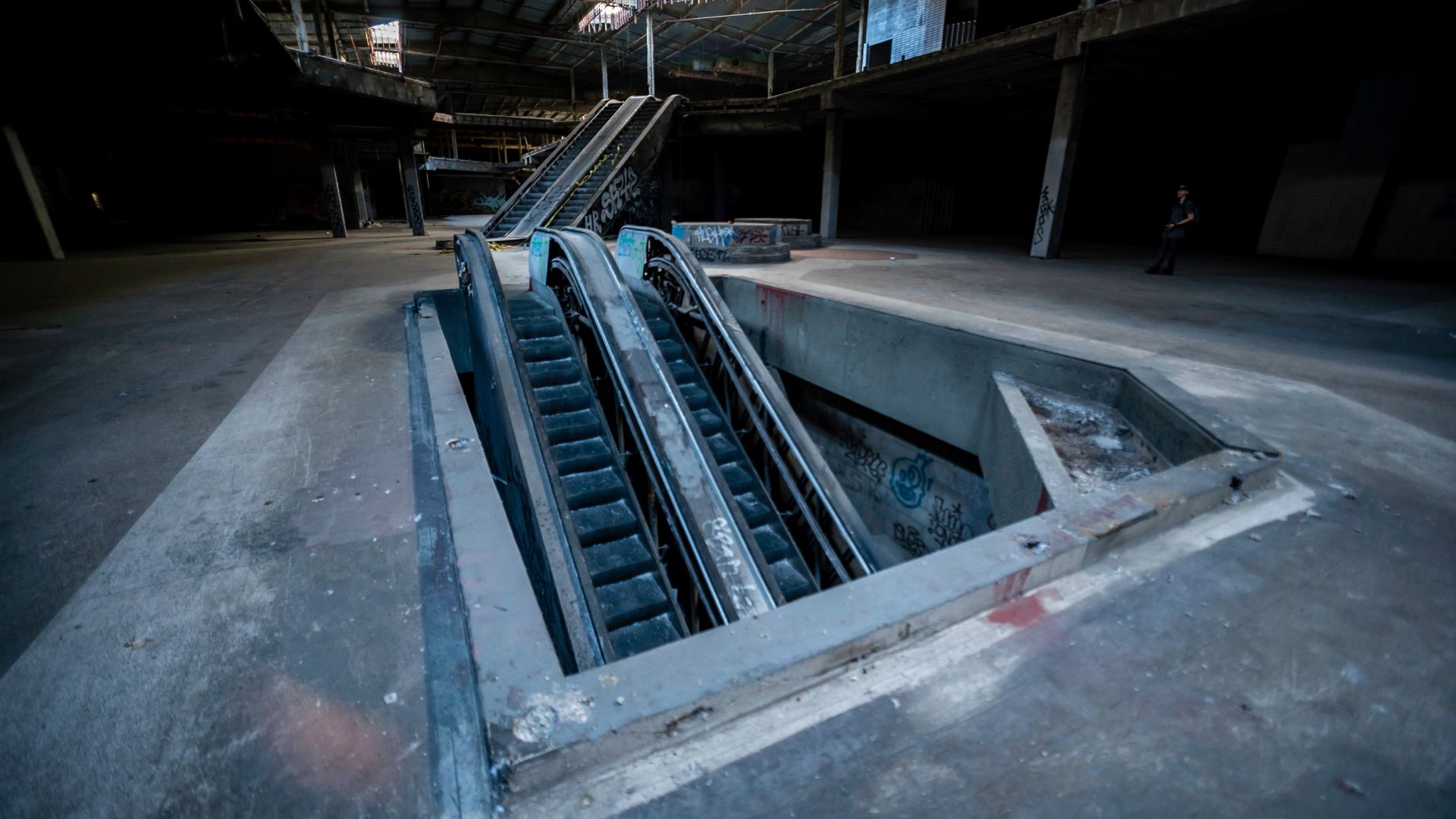 Who else deserves some credit and recognition?
The first person I need to thank are my parents. They have supported me throughout all of my crazy ventures and have encouraged me to keep building my business. Without them I wouldn’t understand how businesses run, how taxes work, and that once your snowball starts rolling down the hill it’s not going to stop, so ride the wave and keep pushing forward. I need to also thank Skydive Dubai for giving me my start as a true videographer. I mean, as an 18 year old American kid in Dubai for the first time, getting to skydive for free on almost a daily basis, getting to learn the fundamentals of editing, how to capture stock footage and create documentary content, was a dream come true. I got to interact with the Prince of Dubai, ride in tons of airplanes as an assistant, and I got to interview some of the greatest athletes in the world, including Felix Baumgartner, the man who skydived from space! Lastly, I think I need to thank Elon Musk. He’s inspired me in so many ways. He was told that he’d never make it as a rocket creator or an EV creator and he’s proved everyone wrong time and time again with his passion. He inspires me to keep fighting for my dreams and I hope to film a documentary for him/about him one day.

Image Credits
Portrait of me in Helicopter – Lisa Ann All other Photos taken by me. K Enagonio