We had the good fortune of connecting with Kara Simmons and we’ve shared our conversation below.

Hi Kara, is there something you believe many others might not?

One pearl of wisdom, that I’ve heard throughout my life that I strongly disagree with was that there was an age limit when you could pivot professions. I used to always hear that you had to be locked into one solid career when you are young and in your 20s.

I went against that. I didn’t invent my multi media personality “Ms. Parker,” until I was Forty. Society, social media, everyone says that you have to do certain things when you’re really young. I say that you can pivot your career, you can re-create yourself at any time in your life, at any age, and it can be successful.

Ms. Parker was invented when I decided to make my foray into media with “The Whinedown Podcast.” Ms. Parker was inspired by the character from Ice Cube’s movie “Friday.” All of the younger guys in their mid 20s and early 30s found me to be attractive when I reached my 40s. I was out with friends one night and it was three guys—they looked to be about 25, 26—just waved to me and said “Heeeeyyyyy Ms. Parker.” I started using the name in my podcast and everyone loved it and it matched my personality.

Outside of entertainment, I’m really passionate and active in the world of animal rescue. That’s going to be a cause I’m involved in for the rest of my life. I like to find these animals home and save them. I’ve taken in close to a dozen animals myself. I’m going to be talking about this more and more in my actual profession of media personality.

I didn’t wake up one day and say, “oh, I’m going to be creative. Oh, I’m going to be an influencer. Oh, I’m going to be someone that people look up to.” That’s not how it happened. I think that I just need to always be authentically me. The “Muddy Waters Show” actually gave me a bigger platform than what I already had during my other podcasts to engage my followers so they can get to know me better.

I made sure that I was one of those people who were constantly authentic. Didn’t wear a lot of makeup, I don’t have a stylist. I’m just giving the real me. That came across to people, that’s, what translated to most people. When you listen to the show, you’ll hear I don’t sugar coat things. I speak my mind. I speak my feelings. I try and invite people into my life and I’ve never shied away from talking about things that are very uncomfortable for me, like infertility or physical disabilities that I’ve had in the past. I’ve talked in depth about depression and mental illness.

People relate to me. They realize that they’re not alone in this world when it comes to some of those things that may not be so popular to speak about.

You can say the path was paved for me to be on the “Muddy Waters Show” back in 2002. I grew up with Redman. He’s been my best friend since I was a teenager. But specifically, this one day in 2002 Reggie was at my house with me and my mom and we were just talking. He told me if he ever got a radio show, he’d want me as the co-host. We laughed about it.

Fast forward to 2020, the pandemic hit. Reggie is an artist that lives on the road, people have loved to see him perform. But during the pandemic, obviously no one was having concerts. So he was home like everyone else. LL Cool J reached out and asked Reggie if he was interested in having his own radio show on the Rock The Bells channel on SIRIUSXM. Obviously Reggie took him up on his offer, and kept his word to me, albeit almost 20 years later.

“I told you if I ever got a radio show, I was coming to get you,” he said to me. “You’re going to be my cohost.” We started the radio show, and rather than think of myself as the Robin to his Batman, I say I’m the Robin to his Howard Stern. Everyone sees him as the iconic legend that he is. I do as well. But to me, he’s even more. That’s my brother so our chemistry is organic.

We used to sit in the house and recreate Biggie Smalls and Lil Kim “Crush on you” for my mom. Our chemistry has always been there. When we get together we’re comedians. That’s just who we are. We’ve been that way since we were young. It wasn’t even a big stretch for us to be on the radio. What you hear on the show, feels like having us talking in your living room together. It’s organic.

The show started during a pandemic. It was a heavy time. So we wanted to make sure that everything that we did was light, and fun. We didn’t get into politics and hot topics, we had great music and everyday topics. Redman is the DJ on the show and his other persona “Funk Doc” is actually the host of the show. We just wanted to give the people something fun, to look forward to something positive, while in quarantine.

I’ve learned a lot of lessons doing the show. Red is perfectionist. So we’ve literally spent 12 to 13 hours in one day doing one show and getting it right. I’ve learned how to produce. I’ve learned how to edit. I’m not used to having to work those long hours, where for him it’s normal. But after the first three or four shows, I just fell into the routine of it. I loved it. I realized that it was something I’m good at.

I’m a Jersey girl forever, but LA has always been my second home since I was in 16 years old. So if I had a friend coming to Cali for a week, the first spot I’m taking them to is Malibu or Santa Monica I love the beaches in Cali. One of my favorite beaches is Venice beach I’m a self proclaimed hippie and an eclectic type, I vibe with everything that Venice is.

One of my favorite restaurants is Meals by Genet on S. Fairfax. They’ve got the best Ethiopian food hands down. Pinche Tacos on Sunset and
of course you have to visit Roscoe’s Chicken and Waffles, but the one on Pico is the best.

Activity wise, I’m not into hiking, but if you’re into fitness, you have to run the Calabasas stairs. There’s some hiking trails out there too. Another favorite thing for me to do while I’m in LA is to stay in Tarzana. I like to be away from the traffic and I love to just gaze at the mountains and the Hills out there and walk around and soak up the views. I hang out with my friends and family as much as I can when I’m there. Also, don’t be afraid or ashamed to do the tourist-ee stuff if you come to LA for the first time. You have to experience the Hollywood Walk of Fame and Rodeo Drive. 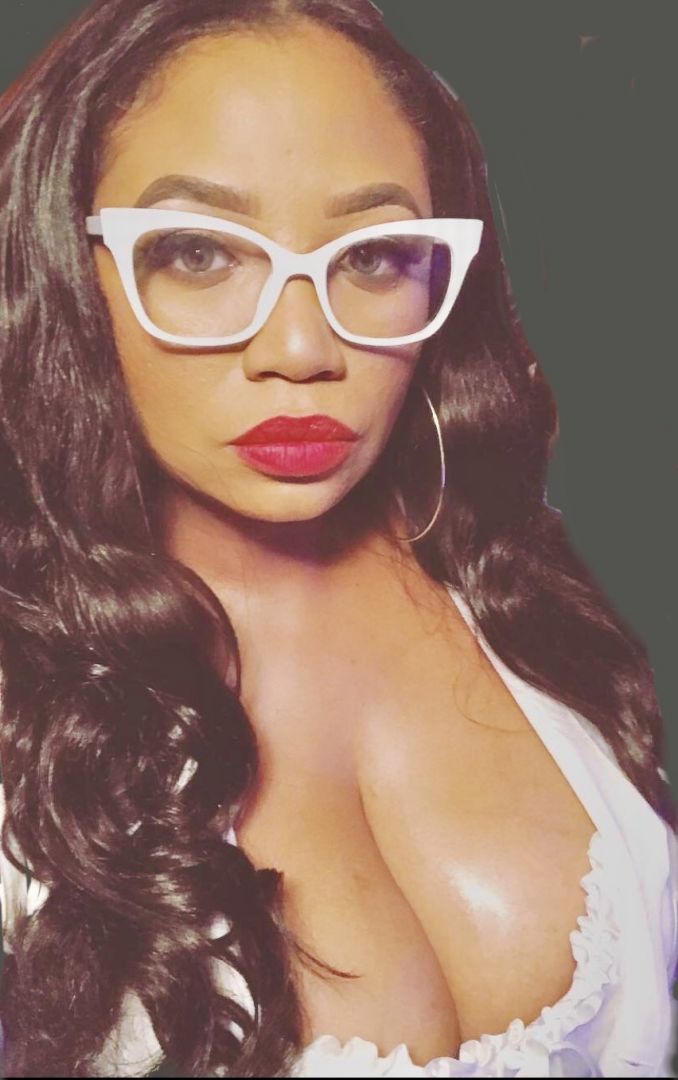 I would like to send a huge shoutout to my lifelong friend and big brother Redman for making me apart of his “The Muddy Waters Radio Show” and always seeing a shining light in me, even when I did not see it in myself. I also would like to thank LL Cool J for starting such an impactful platform for the culture, Rock The Bells, and making our show part of his outlet.