We had the good fortune of connecting with Katie McGhie and we’ve shared our conversation below.

Hi Katie, what’s one piece of conventional advice that you disagree with?
Fake it ’til you make it has got to be the absolute worst piece of advice that’s ever existed. I’ve tried it and failed miserably. Why? Because you can’t get anywhere without authenticity. I found myself lost in a storm of things I was trying to be. I was pursuing a career in music in a genre that wasn’t something I was passionate about. I wore clothes that made me feel weird. No one could connect with me because I wasn’t connecting with myself. The fastest way to where you want to go is by being your truest self. While it’s cliche, there literally is no one like you on this planet. When it comes to art, or anything for that matter, you are the only one who can do it the way you would do it. And that’s the absolute most beautiful thing about being a creative. Being you. Fully. I spent years pretending to be further along in my career thinking it would be impressive somehow. The truth is, it wasn’t until I just told the truth, until I decided to be honest with myself and others, about who I am and where I’m at in my career, that things started to happen. People can smell inauthenticity a mile away, especially those who want to help you get to the next step. And at the end of the day, I want to connect, not only those I work with, but with those that listen to my music or watch one of my shows. I want them to know they can achieve their dreams with work and dedication. I never want to encourage anyone to be anything other than their perfect, amazing selves. So don’t fake it ’til you make it. Be you until you make it. Then continue to be you and make beautiful things. 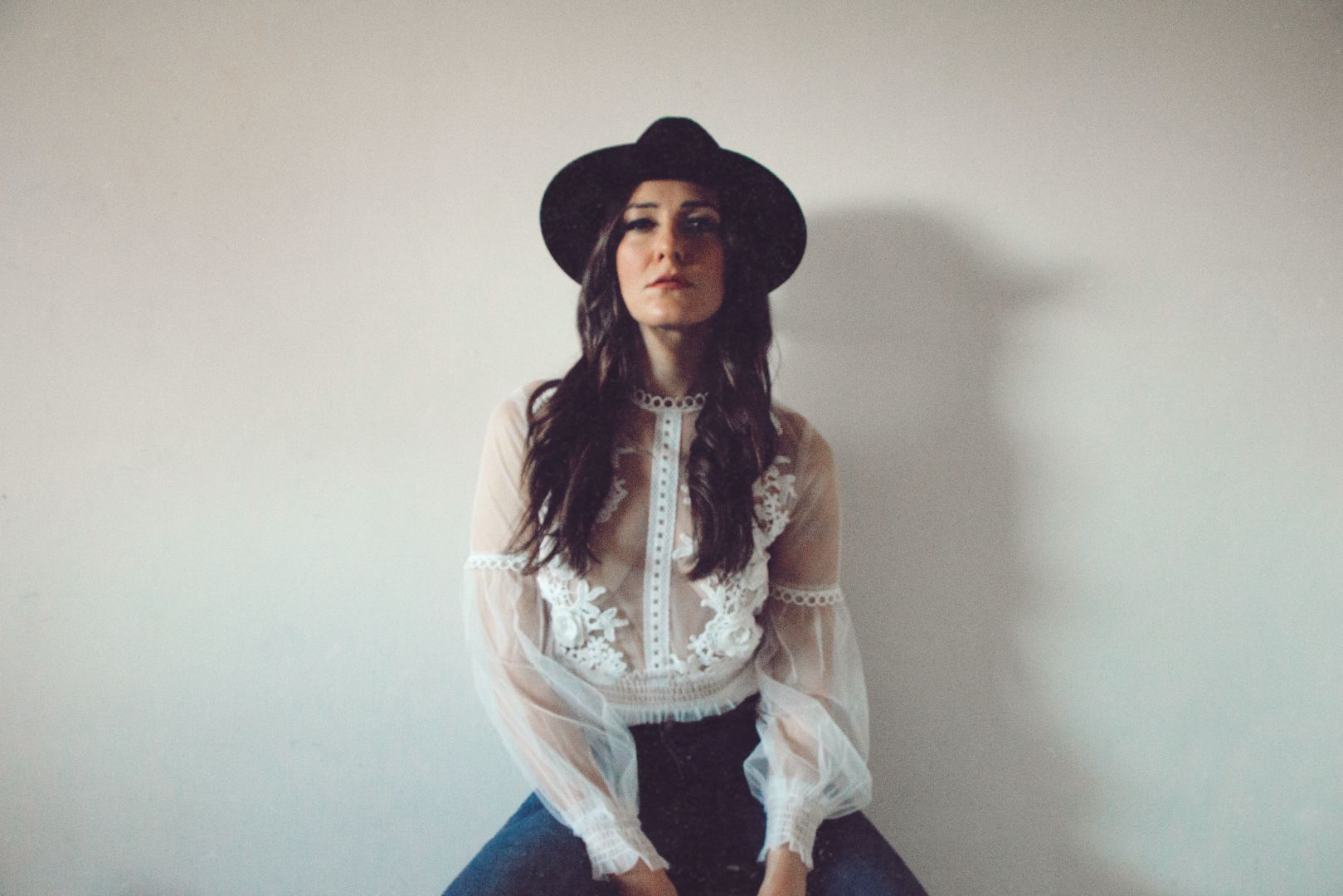 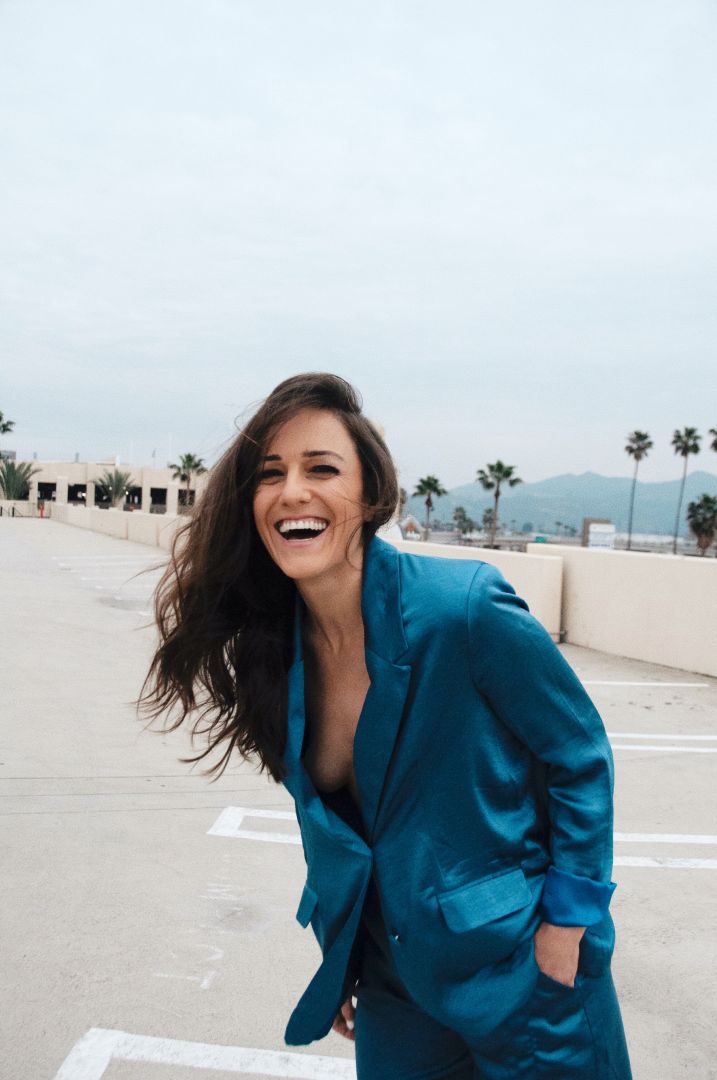 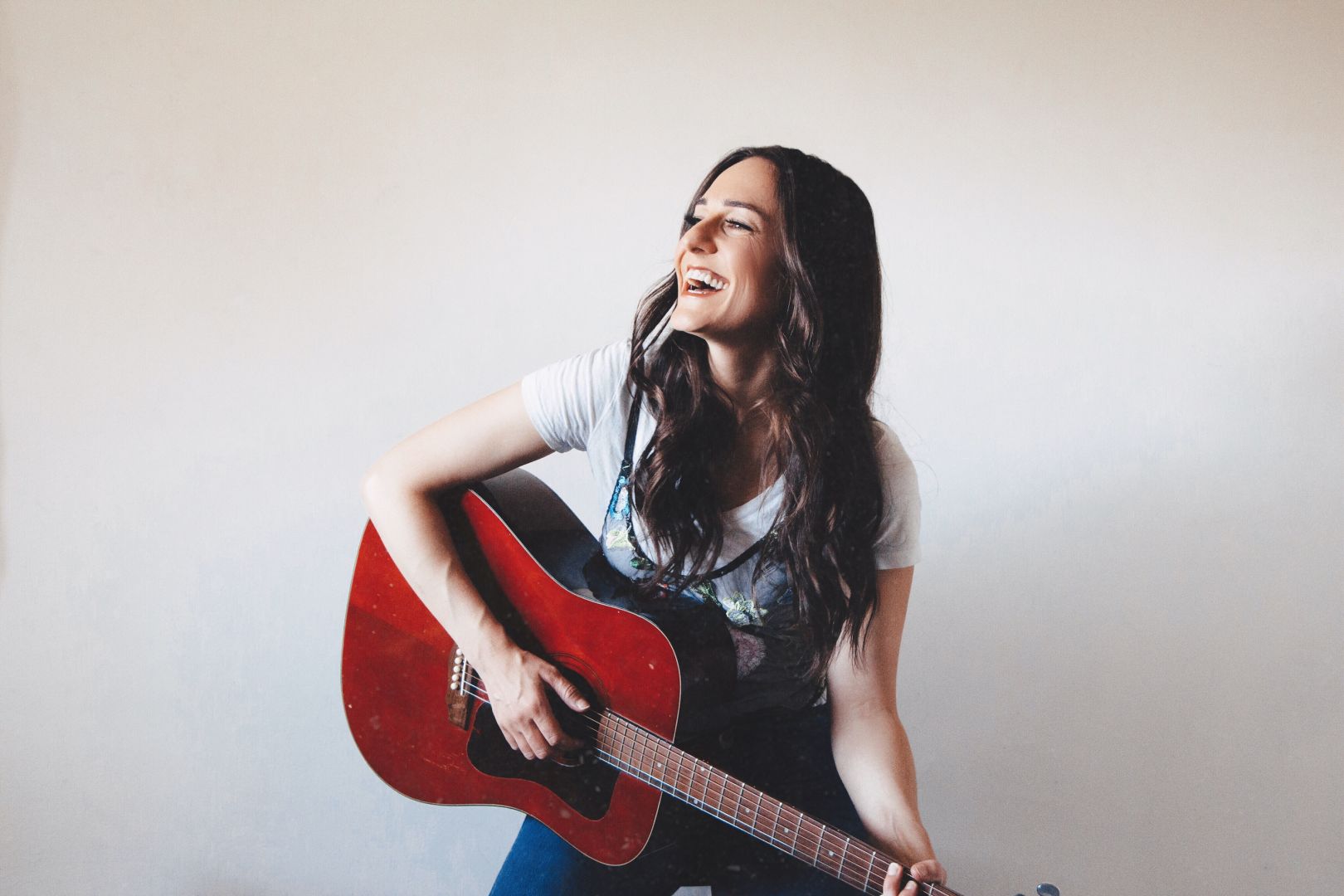 Alright, so let’s move onto what keeps you busy professionally?
I started performing when I was eight years old with a local children’s theatre company that toured Southern California. The productions were like no other children’s theatre. They were as close to Broadway as you can get with a cast of two hundred people, most being under the age of 18. The founder of the company, Alex Urban, was as old school as they come and that’s how he directed. He treated the four year olds the same as the parents that did the shows. He expected the same level of work from everyone that stood on the stage and that was probably the greatest lesson I’ve ever been taught. I learned how to work hard regardless of my age or circumstances. If I wanted the lead role, I had to work for it. And I did. For seven years. That’s right. I didn’t get my first lead role until I had been with the company for seven years. I wasn’t ready until then. That’s a lesson that I’ve carried with me into my career now. Things will happen when you’re ready, when you’ve put in the work. I had always dreamed of being on Broadway. I got my college degree in Musical Theatre and planned to head for New York after working in regional theatre in LA for awhile. But soon after I graduated, my father passed away unexpectedly and that turned my entire life upside down. I didn’t know where I was headed, but the one constant was always performing, creating. I started to write poetry as a way to process what I was feeling. It just happened to work out that at the same time, I was introduced to a music producer who encouraged me to try songwriting. Everything changed in that moment. I had never thought about pursuing a career in music, but when it clicked, it clicked. The first day I stepped into the studio it felt like I was home. It felt the same way stepping onto a stage does for me. I knew it was right. But like any area of the entertainment business, music is not an easy thing to step into. I’ve been through over a decade of trial and error. Writing pop music for years only to realize it wasn’t what I loved. When I sat down and started to write from the heart, it was like everything in me broke open. All of a sudden, I understood what my path was. But that hard work I was talking about? That’s when the work really began. I had never had much success before in my music career because I wasn’t being me. I was trying to do what I thought would make me successful. It just made me blend in with the crowd. It was when I started writing every day, really exploring my own voice and sound, that I started to see traction. I wasn’t ready before. Now I am. I can say the same for my acting career. After college, I did a few shows here in Los Angeles, but never felt like I was really “wowing” anyone in the audition room. I went on hundreds of auditions and never felt great about any. Looking back I now know it’s because I didn’t know myself. I didn’t know my voice. I wasn’t ready. Even after twelve years of performing and a college degree, I still wasn’t ready for the level of work I wanted to do. I put acting on the back burner and pursued music full time for a decade. One day a couple years ago, I decided to go to an audition for Legally Blonde The Musical just for fun. After ten years away from the stage, I had grown up. I had learned about myself, grown in my confidence and understood my abilities on a deeper level. I booked the show and found myself right back where I loved to be, on stage. The next show I did was Bonnie & Clyde, which called for me to show up in a way that I had never done before. It wouldn’t have been something I was able to do had it been a decade prior, but because of the life experiences I had, because of the work I had put in, I was ready. That will always be the most important lesson I’ve learned and the foundation of my work. Work hard so that when the time comes, you’ll be ready. I’m impatient. When I get an idea, I want it to play out immediately. But I’ve learned to slow down. I’ve learned to see where I want to go and to then properly and patiently lay the bricks along the path to get there. Without that foundation, anything I decide to create would crumble immediately. Focus on the foundation and nothing will ever be able to knock you down. As I continue to grow in my work and expand into different arenas of the business, my focus has been and always will be longevity. I never want to do anything that is fleeting. I want to work every day of my life because it’s what I love to do. I want to continue to write new music as I’m inspired by the world and other artists around me. I want to stand on stage and in front of a camera to tell incredible stories about the fascinating humans on this planet. I want to create businesses that inspire others and help this world thrive. The future for me looks a lot like the present. Perhaps it will be on a larger scale, but the heart of it will always be the same. The heart of it will always be about connection, about love. 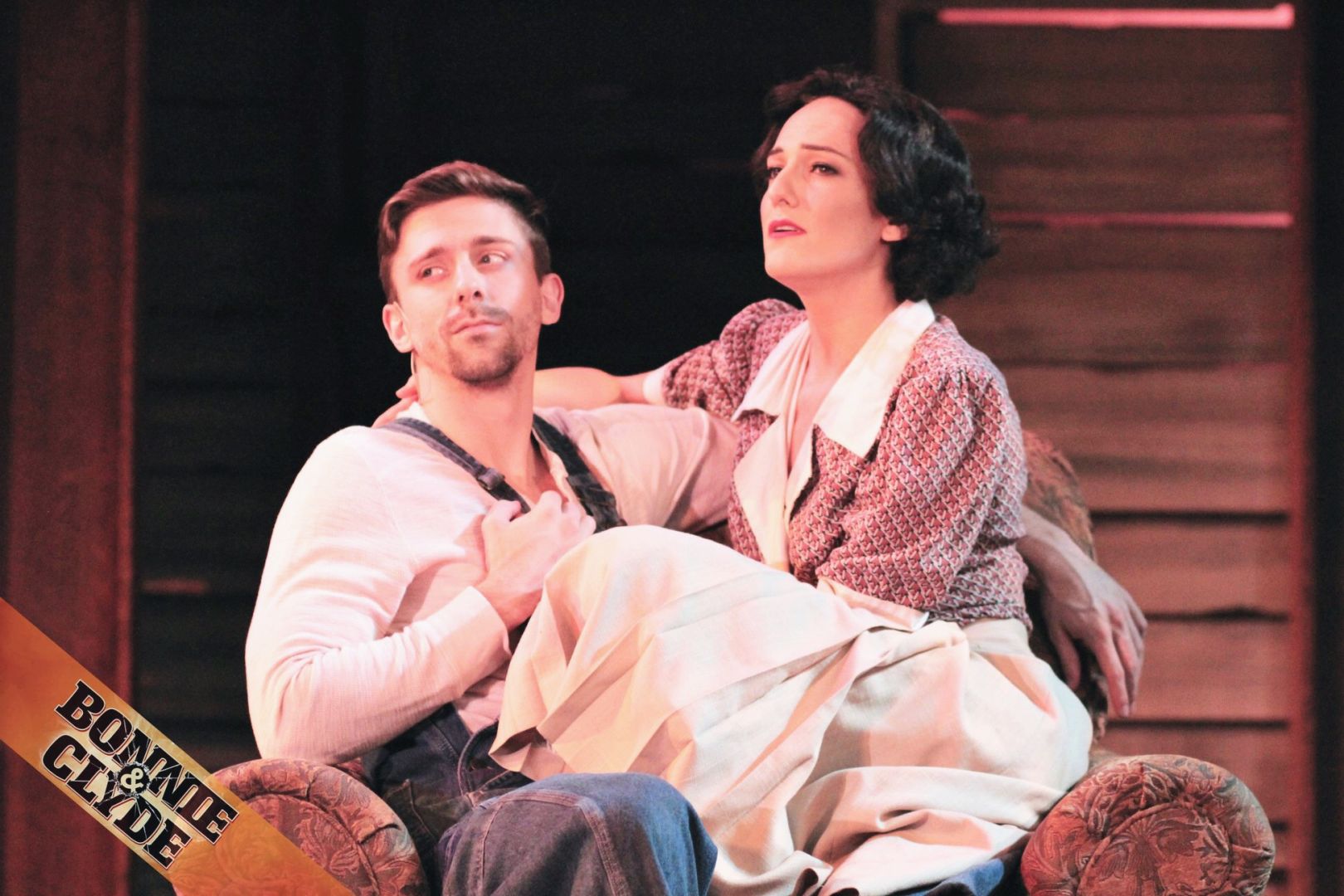 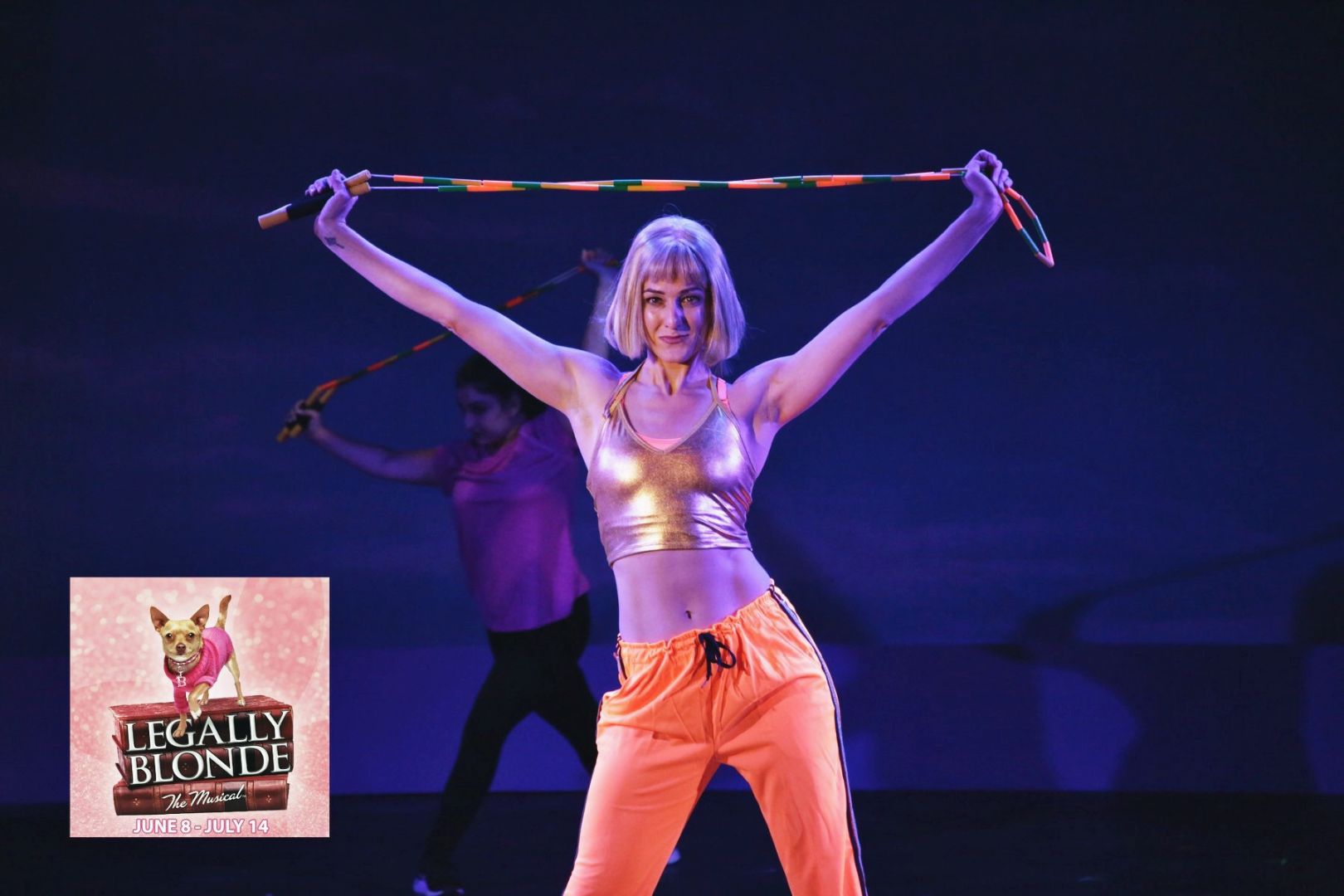 Any places to eat or things to do that you can share with our readers? If they have a friend visiting town, what are some spots they could take them to?
As a native of Los Angeles, I have a rare perspective on this crazy town. It’s changed a lot since I was a kid, but the one thing I always tell people is get out and explore. People think of LA and they only think of Hollywood, but you can go twenty minutes in any direction and be in an entirely different world. When people come to visit, we start with the typical LA sights – Hollywood (which is never as exciting as they expect it to be), a fun hike (but I make sure to take them to a non-Instagramable spot!), Venice Beach to see the cast of characters along the boardwalk with a stop at the Santa Monica Pier. That usually satisfies their thirst for touristy things. Then it’s onto the good stuff. The secret spots in Malibu that we went to as kids where only locals go. A day at Disneyland is way more fun when you have tips and tricks from all of your friends who are cast members. A day trip to Santa Barbara and bike ride along the water. Down to San Diego to the smaller towns where you can get the best fish and chips on this planet. If they’re here long enough, we go to the mountains. You can literally be in the snow in less than two hours during the winter. A morning on the slopes finished with a night sitting around a bonfire on the beach is the true Californian way. The best things to do in any city in the world is always what the locals do. When I’m traveling, I always ask someone what they like to do for fun instead of Googling what the most popular thing to do is. And that’s what I try to show people when they’re here. To me, LA is like any other small town in this country. I know the same people I went to pre-school with. I shop at the same stores, eat at the same restaurants. It’s home. And I love to show people that version. 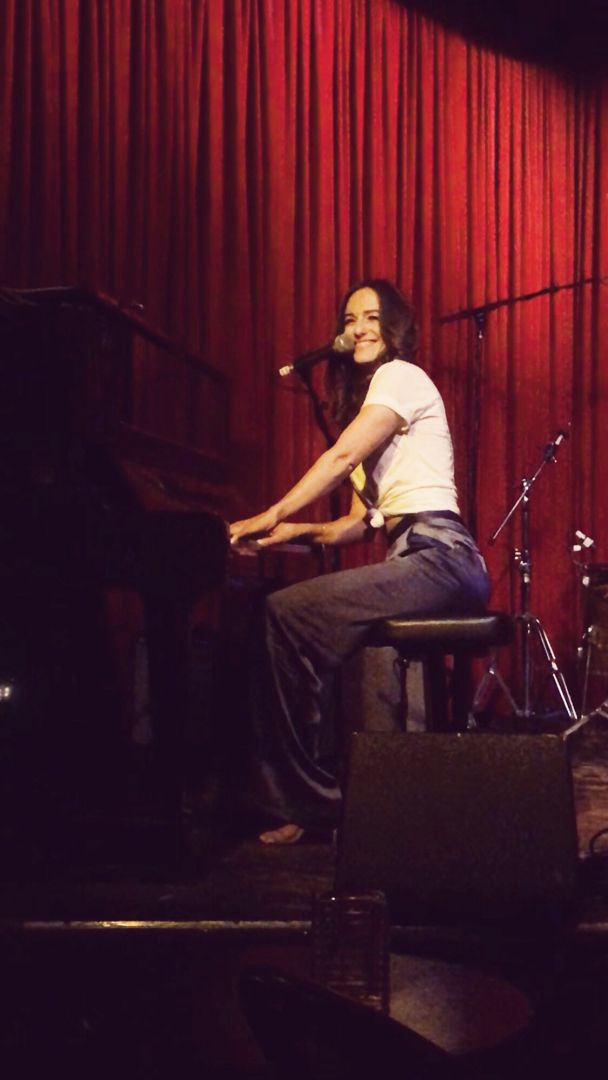 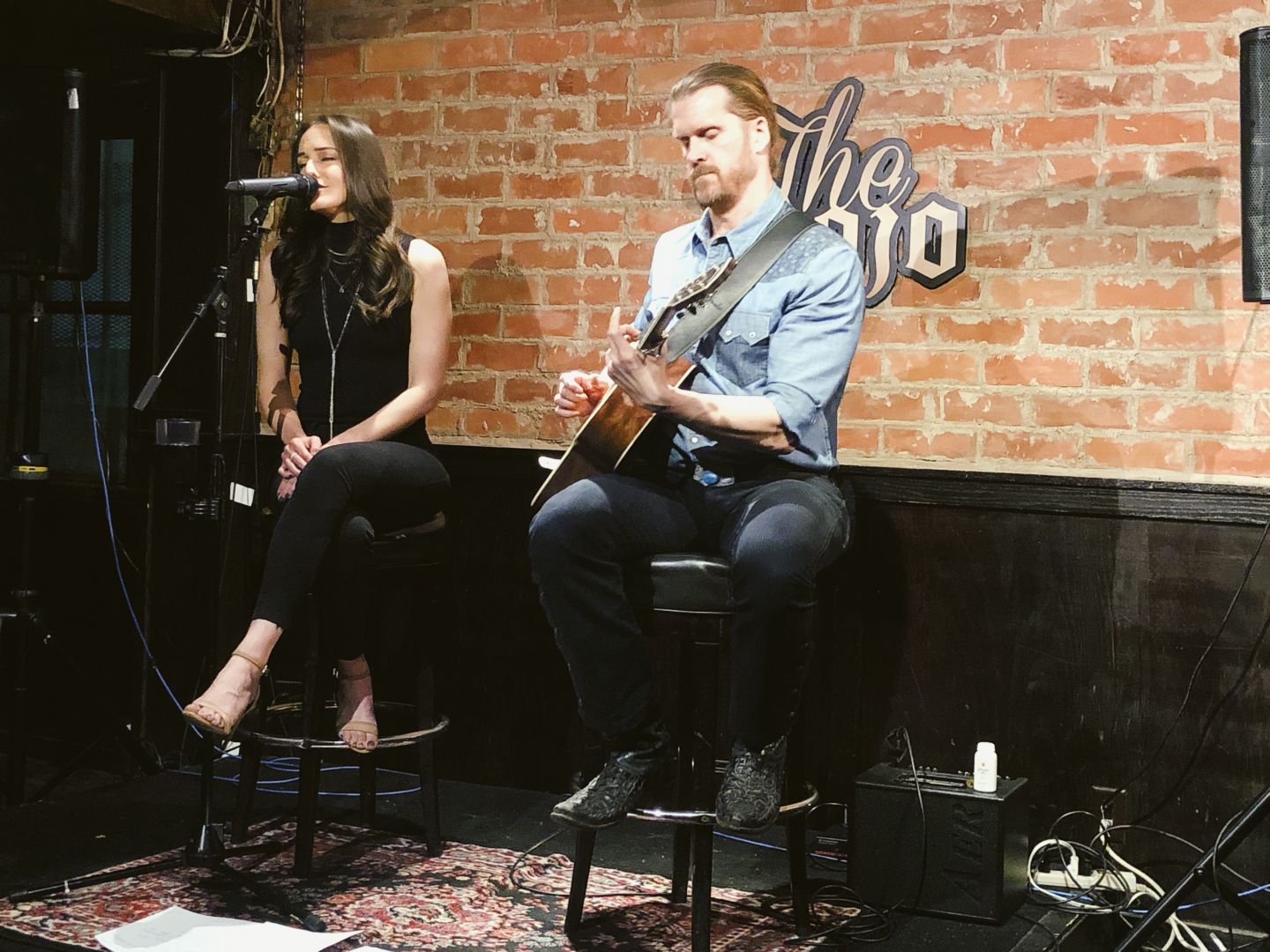 The Shoutout series is all about recognizing that our success and where we are in life is at least somewhat thanks to the efforts, support, mentorship, love and encouragement of others. So is there someone that you want to dedicate your shoutout to?
There is an extremely long list behind every success I’ve had in my life. There is absolutely no way I would be where I am today if not for the love, support, mentorship and encouragement from so many amazing people in my life. I grew up in a community of amazing friends that cheered me on and continue to do so to this day. I learned about hard work and passion in an incredible children’s theatre company, MET2. It was there that I met my good friend and mentor, Jeffrey Brooks, whom has been my lighthouse in this crazy storm of a business. I will forever be blessed to have the incredible Mark Vogel in my life and as my good friend, as he has guided me for over a decade through all the ins and outs of the music business. And Graham Russell. When Graham and I met, I knew that it was special. I knew that I was about to learn from the best. To call him my friend and partner is a blessing I’ll never take for granted. It goes without saying that I’m so very grateful to my friends and family because there is never a moment I go without someone to lean on. They are always there to lift me up, to encourage me, to remind me who I am and to push me to keep going.