We had the good fortune of connecting with Katrina Zemrak and we’ve shared our conversation below.

Hi Katrina, how has your work-life balance changed over time?
Unfortunately in the film scoring world, I’ve heard of many composers working all day and into the night, often all the time. When I was younger I used to do a similar thing, but mainly because I’d have another job during the day or because I had a large project coming up. Sometimes I still work into the evening, but not like I used to. I used to stay up until 2 or 3 am sometimes trying to finish something! It was wild! But now I’ve come to learn and realize how IMPORTANT it is to stop at a decent time, to take time for myself, and to get the rest that I need in order to be ready to do my best tomorrow. Usually I stop working around 7 if I have a tight deadline (sometimes 8 if it’s really tight), and 5 if I don’t have one. The time afterwards is solely for me! I’ve begun to work out a lot more frequently, as well as hike on the weekends to train for a backpacking trip, and I’ve started taking Aerial Yoga classes. I’m a big advocate on growth in all aspects of life, and I highly believe if we take the required time we need of ourselves to function properly and be happy, we will work harder and better, and enjoy our work even more. 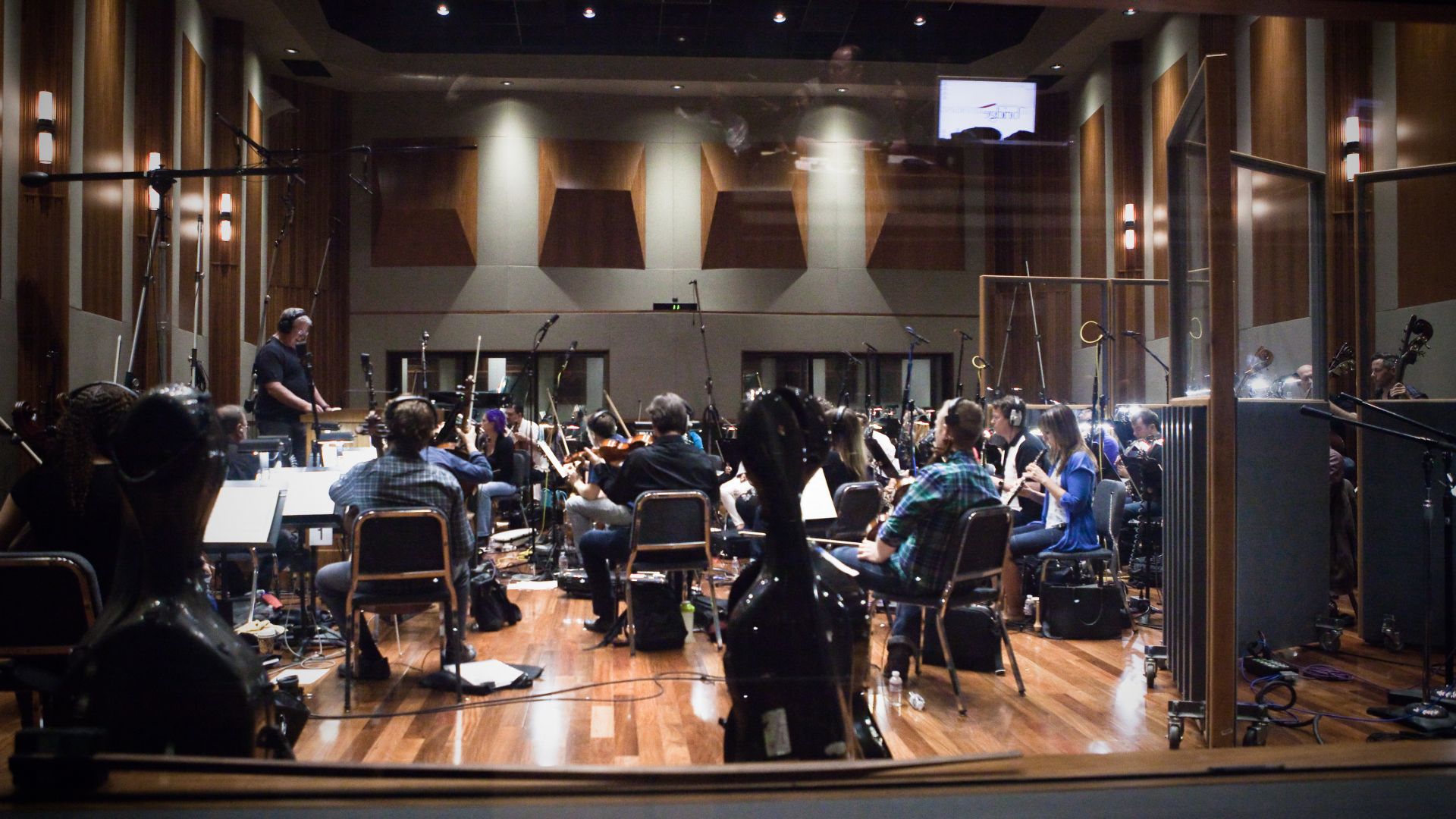 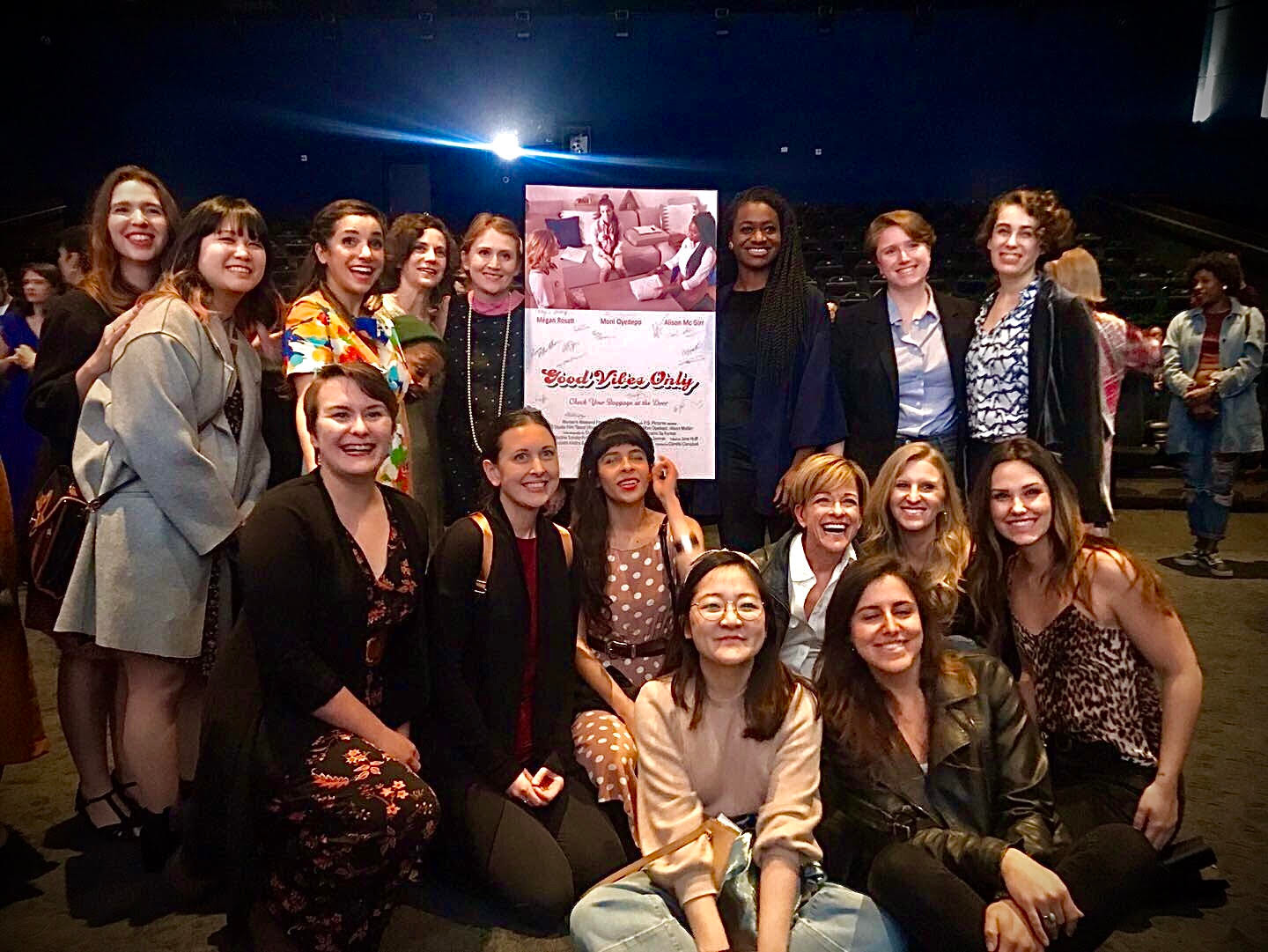 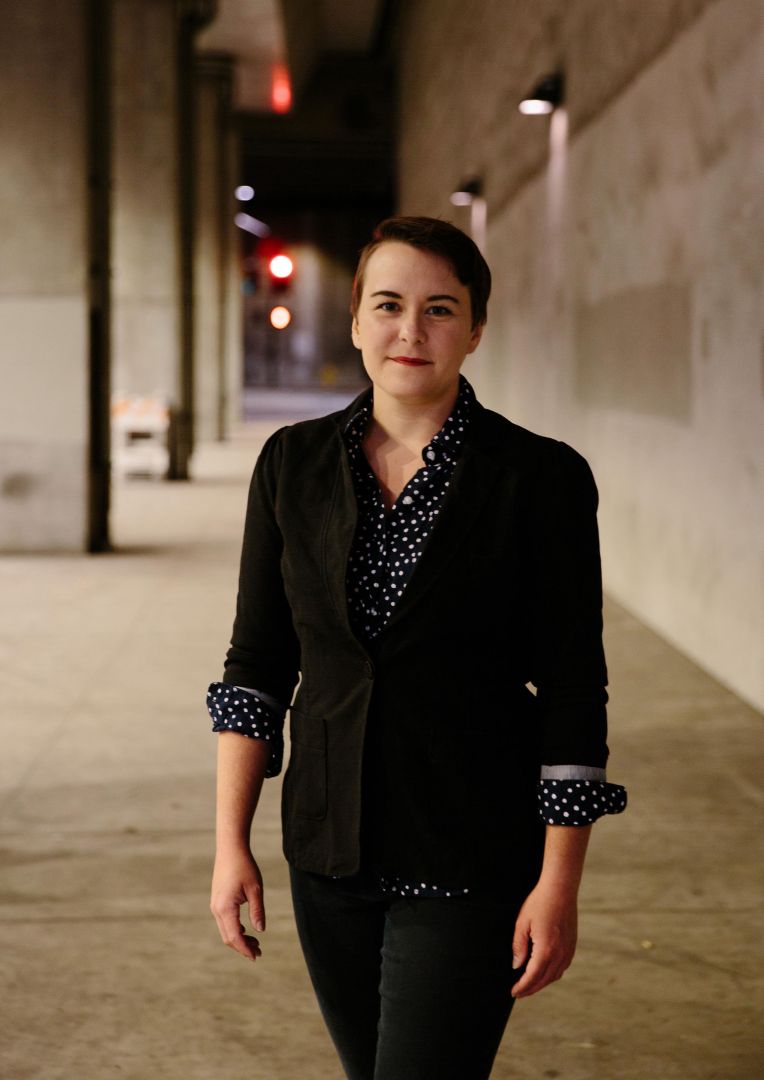 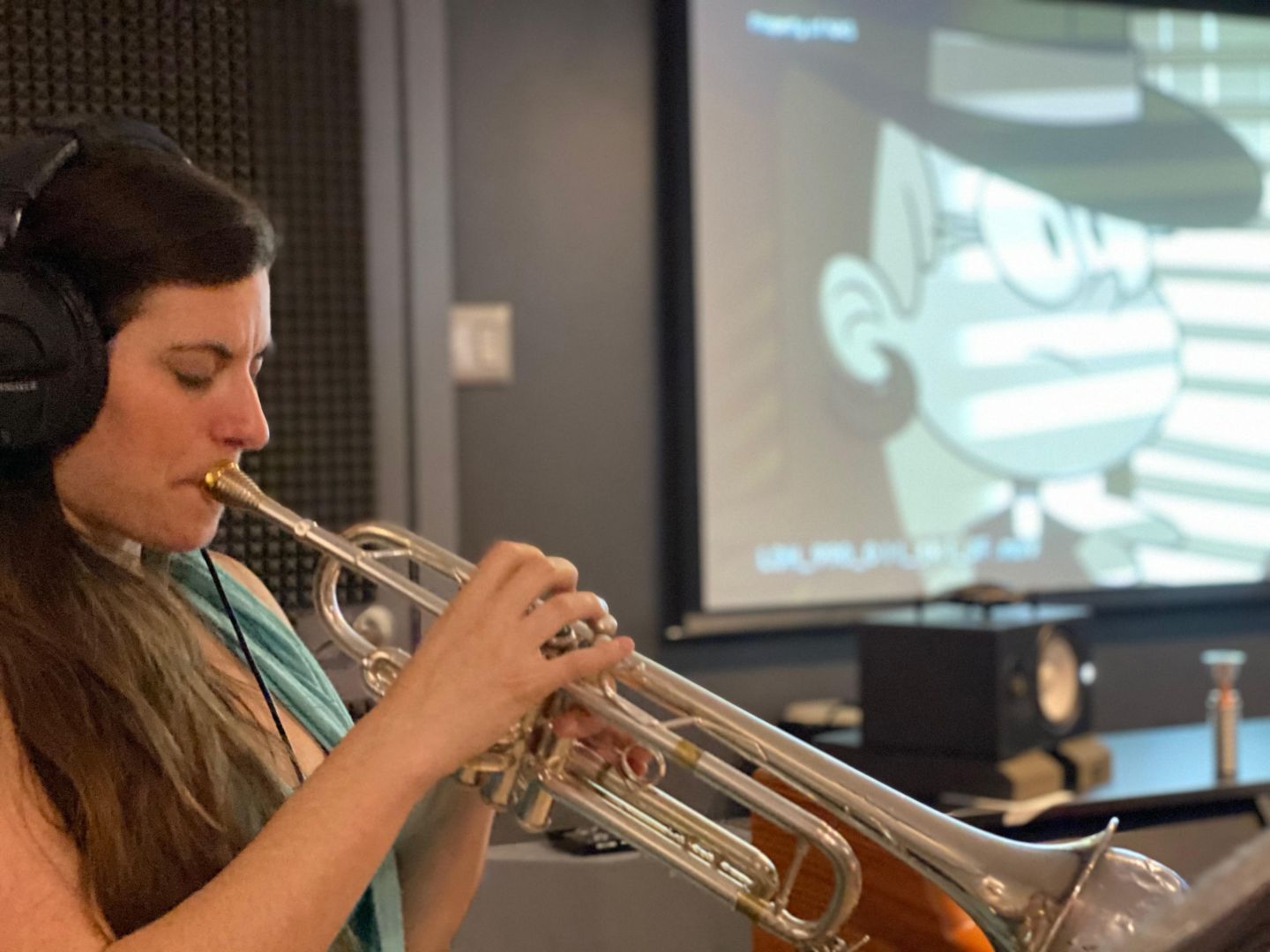 Let’s talk shop? Tell us more about your career, what can you share with our community?
This last year was a wild one! I had a lot of really amazing opportunities! I composed for the short films for Nickelodeon on The Loud House and The Casagrandes, which I will be composing for again in the next few months. A lot of really great music came out of that opportunity. I have to shout out to Ruth Nichols- she’s an amazing trumpet player and she did a fantastic job on a Loud House short score where trumpet was the prominent instrument utilized. I was accepted to do the Women’s Weekend Film Challenge which was a crazy weekend of creating a short film and then I had about a day and a half to do the music, sound design and mix. I had to start writing before they even started to shoot anything. Thankfully some of the stuff I wrote was able to be used and extended. I also finished scoring and doing the songs for the feature animated musical “Bongee Bear and The Kingdom of Rhythm.” That film was in the works for over 15 years, and I’m so happy I was able to be a part of the team to see it to completion. The film went on to screen it’s premiere in Maine, where I am originally from, and was also accepted into the Palm Springs International Animation Film Festival. Outside of these, I also got to work on some incredible short independent projects in the horror, drama, and documentary realm, so overall, I got to write for quite a bit of varying genres which I love to do.

It wasn’t easy getting to where I am today professionally! I came out to LA in 2017 and it took about 2.5 years for me to finally land a full time assistant gig. I worked odd jobs for a long time- I was a cheesemonger, a public relations intern, an administrative assistant, a bookseller, and I also worked as a temp for ASCAP for about a year which was an amazing experience as well. I actually almost decided to stop dreaming of working as a composer- I was going to still do it, but just as a side gig here and there. But then I was working at ASCAP, and my time was coming to an end with them, and I decided to send my resume to work with Jonathan. At the time I honestly had no hope to even get an interview. But I did, and he offered me the job. It took me a week or two to get back to him. He had to text me and ask what I wanted to do! I’m so happy I took it- I wouldn’t be where I am today at all.

The biggest lesson I’ve learned through it all is to take care of yourself. If you are having a really rough day, and you can’t focus, take the time you need. None of us take the time we need and we should be. It is so incredibly important for your mental and physical health, and it’s also very important for your work. Don’t take too many projects, learn what your boundaries and limitations are. Learn what your weaknesses and strengths are and work with them daily to improve them. Weaknesses are only strengths waiting to be unlocked. You’ve got the key.

I’d love the world to know I’m open for work! I’d love to see your project and hear all about it and I hope that we can connect and collaborate together. I’m in the midst of updating my website, which should be ready to go shortly, but in the meantime, you can contact me at katzemrak@gmail.com. Let me know what you might be looking for musically for your project, and I’ll shoot over a reel or demo of my work.

If you had a friend visiting you, what are some of the local spots you’d want to take them around to?
Honestly I would take most people to the mountains and the Angeles National Forest off of the 2 highway. I just love it there so much. It’s become my place to go whenever I’ve need to re-energize and I’m an avid hiker- I go every weekend and I’m building up to ten miles a day for a big weekend trip- so I would definitely want to show them the natural part of LA.

Other than that, I would say The Vista Theatre- I LOVE independent theaters- my uncle owns one in San Francisco, and it has become a huge part of my life. There are so many fun screenings at the Vista that I would love to take people to. I probably wouldn’t even bring them to a new film, but to an old re run of something. That theater just feels like home to me and it matters a lot to a lot of people. Sugarfish is probably the restaurant I would take them to for sushi. I actually don’t eat out very often anymore though so I’d have to check out the local restaurants.

I would 100% take them to Aerial Yoga at Up Flying Yoga. I’ve taken one class so far- but I couldn’t stop laughing the entire time because of how much fun I had. I’m going back for more and if someone was interested in trying it, I’d take them in a heart beat! 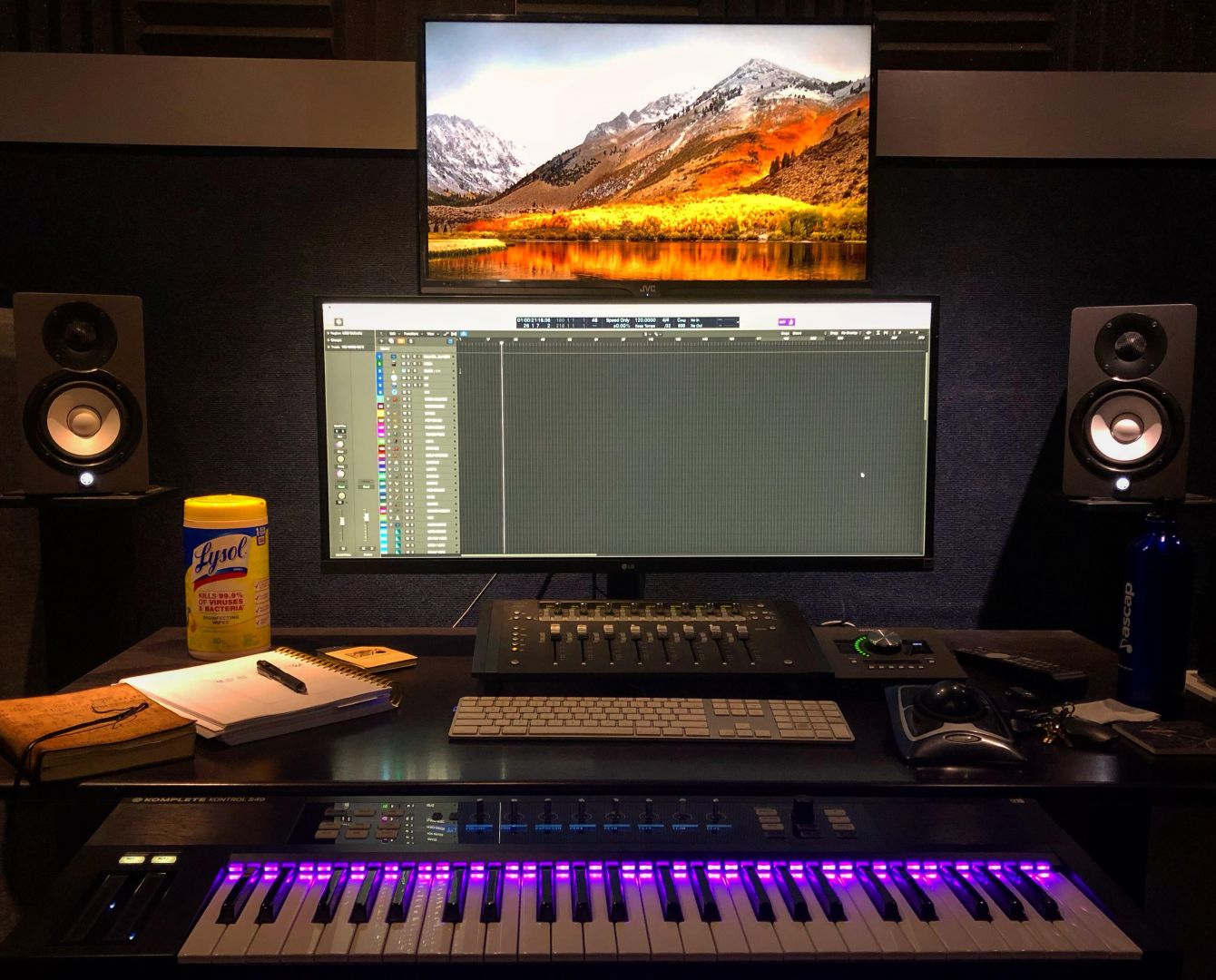 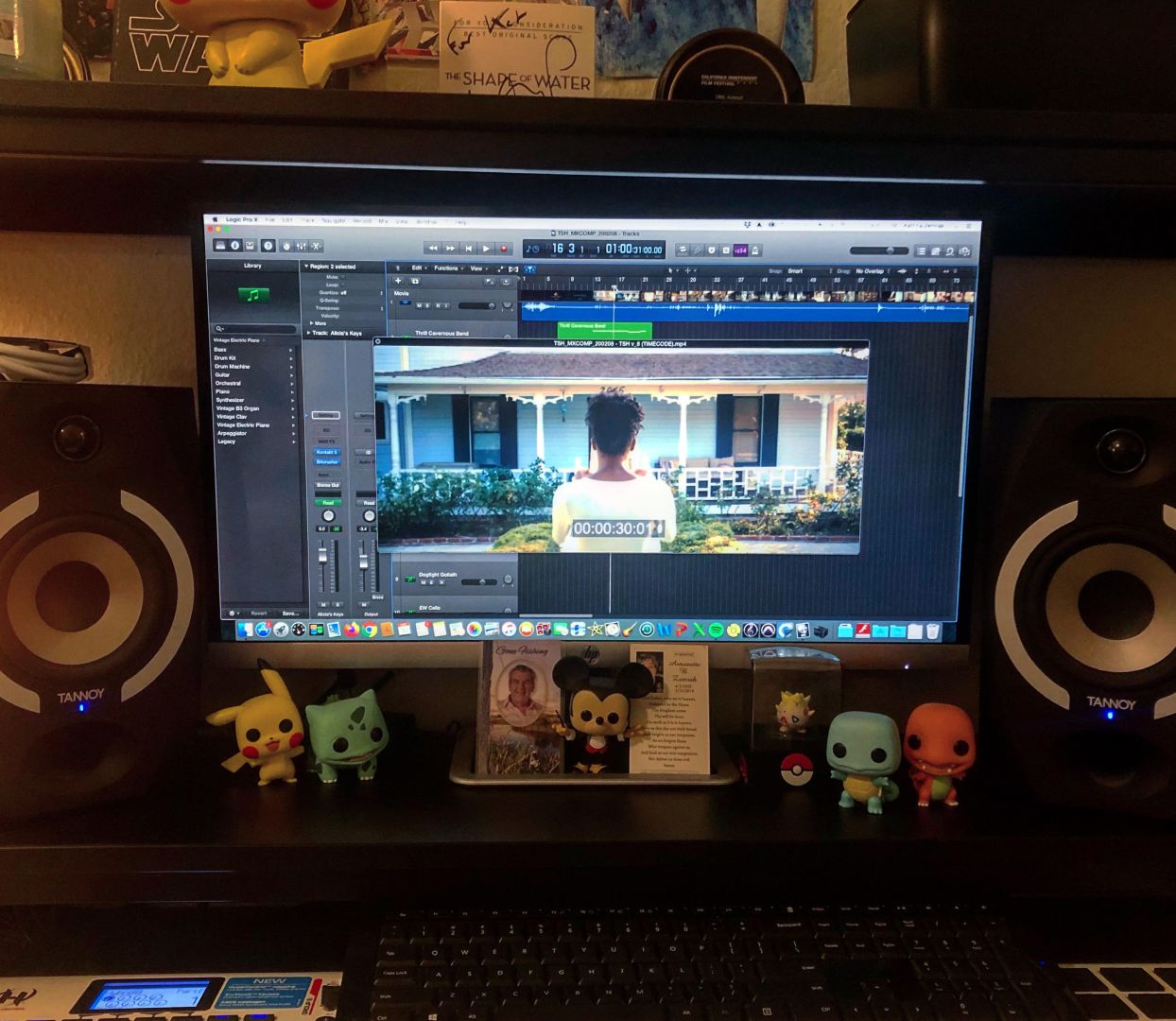 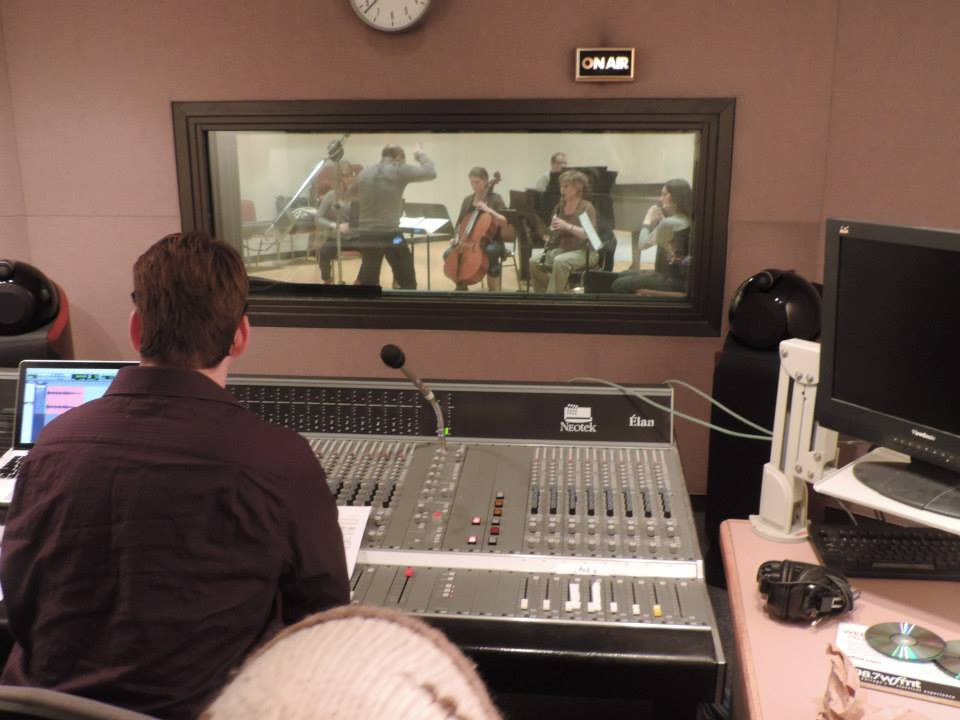 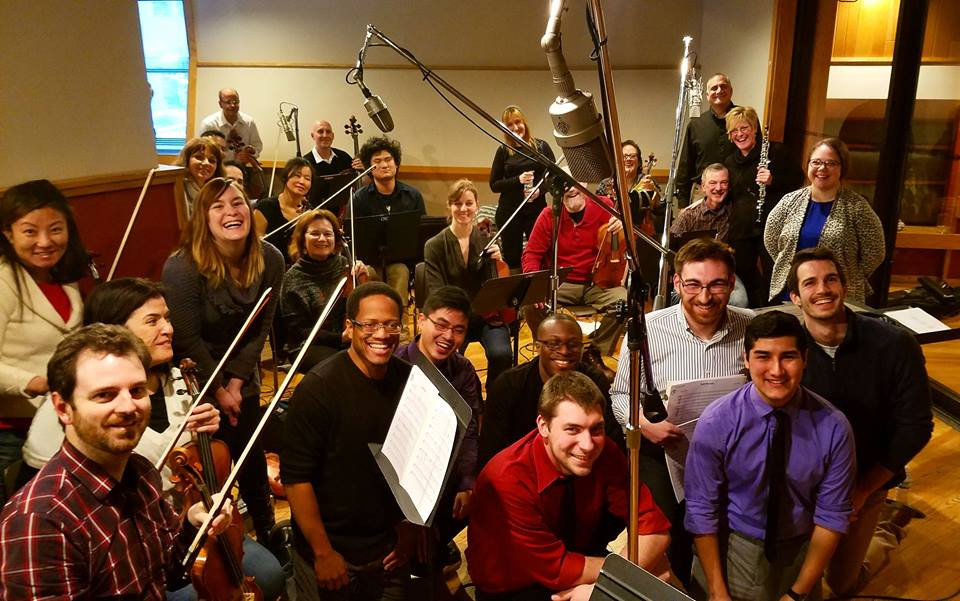 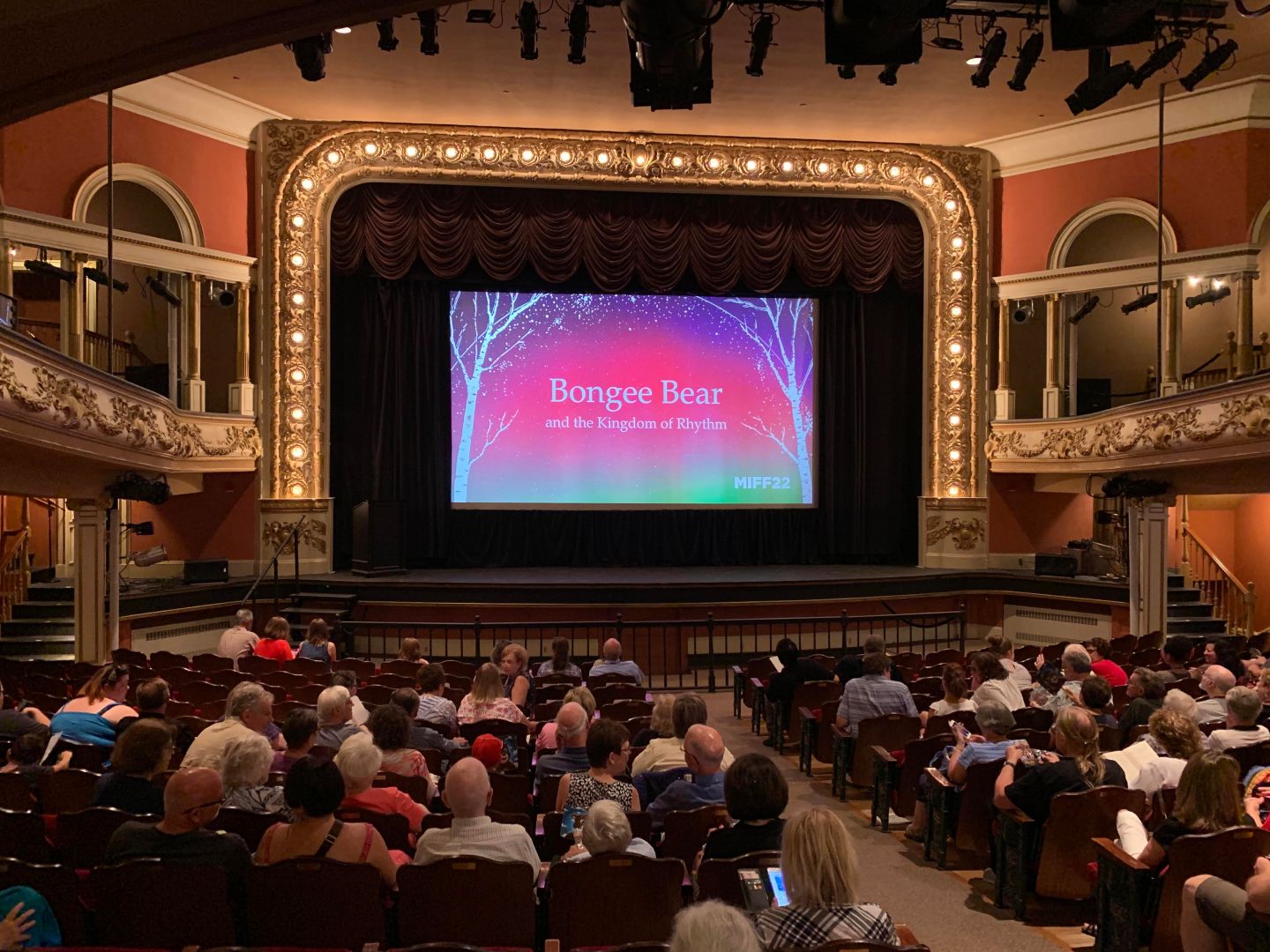 The Shoutout series is all about recognizing that our success and where we are in life is at least somewhat thanks to the efforts, support, mentorship, love and encouragement of others. So is there someone that you want to dedicate your shoutout to?
I’ve had a few great mentors throughout my path, but one major mentor comes to mind; Jonathan Hylander. He is a composer, but he’s also worked as a songwriter, musician, sound designer, dialogue editor, music editor, and mixer. It’s hard to say exactly how wonderful of a mentor he has been, because he’s been so influential in every part of my life that there aren’t really any words that will do this justice.

If anyone at any point gets to work with Jonathan- do it. He will teach you everything he knows if you are willing to learn it. I have grown exponentially since working with him and I’ve learned so many things. He’s shown me that a work life balance is definitely possible, that health, family, rest, and fitness should be a priority, that your job and what you do doesn’t have to be the only thing that you are known for. Jonathan is a very knowledgeable person, and one that is consistently curious about the world of audio and especially the world outside of it. He constantly educates himself on things that he is interested in, and since working with him, I’ve only been motivated to be a better person for myself and others in all aspects since. I’ve also learned a ton about composing, songwriting, sound designing, music editing and mixing as well. I now hold many strengths in many different audio positions, and I couldn’t thank him enough.