We had the good fortune of connecting with Kimberly Blagrove and we’ve shared our conversation below.

Hi Kimberly, can you walk us through the thought-process of starting your business?
I’ve always been an entrepreneur at heart, even when I didn’t really understand all that it entailed. However, when I was younger, I was taught to believe that if you started working for a company and worked hard, you would eventually “work your way up the corporate ladder”, so that was the first approach I thought I would take.

I had always been a hard worker and time after time, companies would give me additional responsibilities, but eventually I noticed that they would never award me the title or the monetary compensation that was associated with the work. It was a hard lesson, but I eventually learned that “working one’s way up the ladder” was not a model that necessarily applied to everyone. I was a black woman naïvely blind to the fact that my race and gender might work against me and so I had additional hurdles to face.

The final straw for me was when I was working for a company where I was promoted to Assistant Manager of a small department of a growing company. They fired the Manager and I unofficially assumed the role of Manager. The company had no plans to hire another manager, since I was running the department efficiently, but at the same time, they refused to give me the official title or salary that was associated with the job. Shortly after, the higher-ups stated that they would finally award me the title of Manager and give me a raise if I agreed to take on a second department and manage both. I accepted the offer.

Training for the new role had begun, but there still was no contract and no mention of my new salary.

After a certain amount of time had passed with no updates, I had demanded that I receive a contract and be advised of the monetary compensation. HR finally gave me a contract and I stared at it with disbelief. The compensation they were offering me was equal to $1 extra per hour. I promptly refused the offer and vowed that I would never try to advance in a company ever again.

Soon after, I had begun my love affair with Paris and remote working was not yet a concept that was fully understood or widely accepted, so I realized that the only business that would respect and value me as a worker in the way I needed, and also allow me to travel to Europe a few months each year, was my own. The rest, as they say, is history. 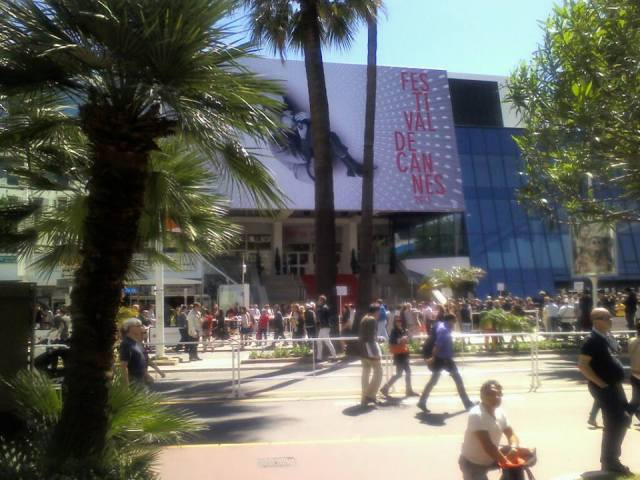 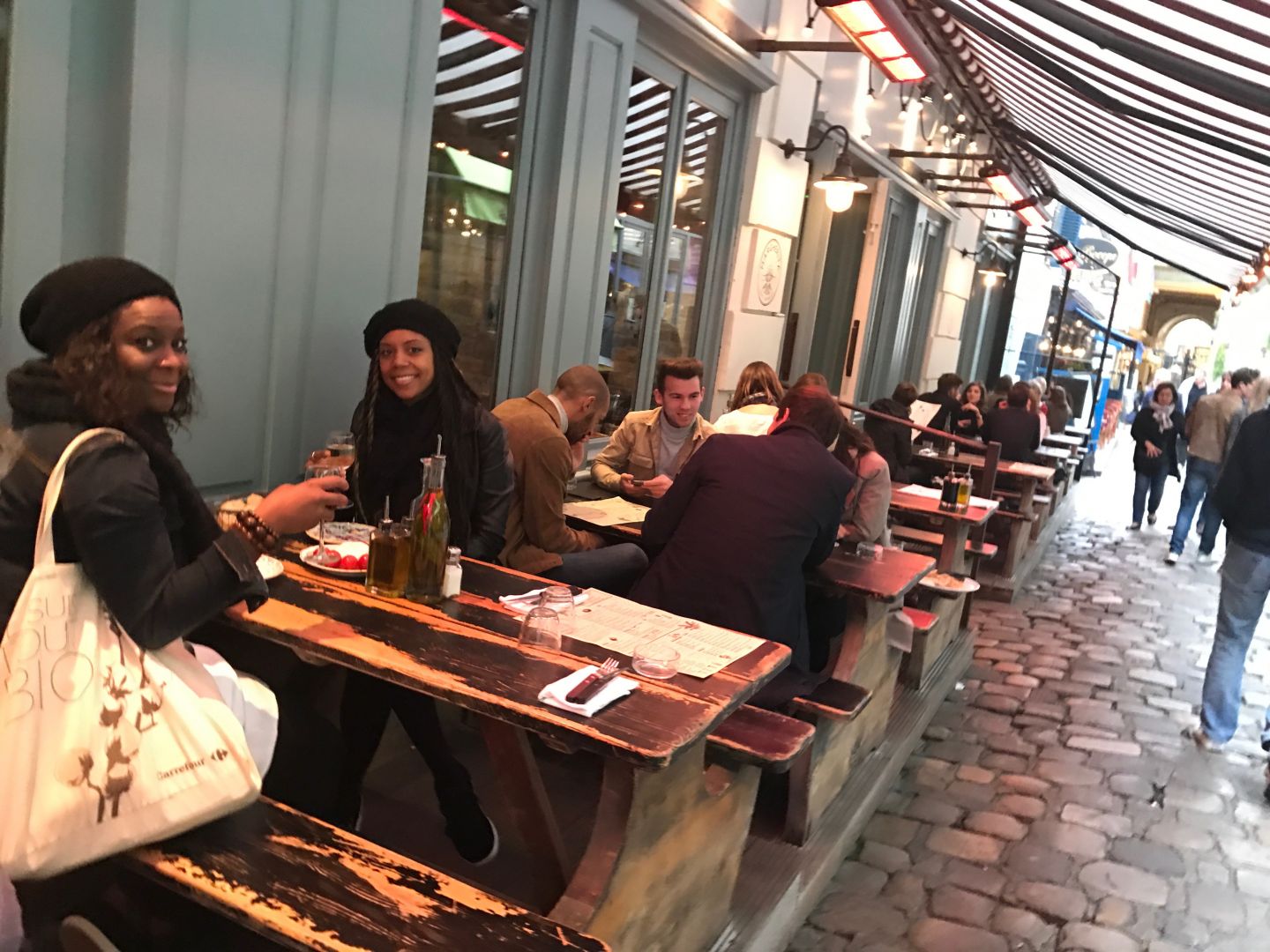 Can you open up a bit about your work and career? We’re big fans and we’d love for our community to learn more about your work.
I feel so fortunate to have a career that I love. Being in the translation business has motivated me to be the best that I can be, both personally and professionally.

With regard to the craft, many companies will spend weeks creating the perfect message for their business in English. Then to save time and money, they will destroy that message for their foreign-language audience by opting to use an automatic, machine or “speedy” translation service. Unfortunately, this has become common practice and as a result, many language service providers have adopted that same mentality — lowering their standards and offering “quick and cheap” translations — in order to accommodate that growing demand.

I’ve never understood that. I believe the same level of care that was taken to initially craft a message should be extended to all of a company’s language markets, regardless of where they are.

So, even though the translation industry is exploding and becoming more automated and impersonal, I still believe in personal attention and quality.

The companies that care most about their message, regardless of the language, are the ones I market my services to — and fortunately, for now, there are still companies out there that share that same sensibility.

Any places to eat or things to do that you can share with our readers? If they have a friend visiting town, what are some spots they could take them to?
It’s funny, I have so many people who have asked for my recommendations over the years that I created a little “Welcome to L.A.” Guide that I share with family, friends, and friends of friends who are visiting L.A. for the first time.

If I were playing hostess (post pandemic), I would first take my friend to Perch LA, a French American restaurant/bar located downtown on the 19th floor with beautiful views of the city. We would either go to Perch Saturday evening to watch the sunset and then bar hop to experience L.A. Live and some other downtown hot spots, or we’d go Sunday morning to enjoy the live jazz.

Early in the week, we’d have brunch at République, another amazing French restaurant (Noticing a theme?), visit the Hollywood Walk of Fame, which is pure madness, but something everyone should still see, and then drive along Sunset Blvd. to get to the PCH (Pacific Coast Highway) which will take us to the Santa Monica Pier.

In the middle of the week, we’d check out a live taping of a TV show in Burbank, followed by a visit to Universal City/Universal City Walk in North Hollywood.

We’d spend the next day at the Farmer’s Market/The Grove and snack on some authentic macarons at the famous French bakery Ladurée and the spend the evening at the original Le Petit Trois restaurant on Highland Ave. for an authentic French dinner.

For the next couple of days, we’d take a road trip up the coast to wine country to enjoy both the scenery and the wine samplings! (The Rideau Vineyard in Solvang is one of my favorites.)

That last Saturday, we’d visit the Getty Museum (off of the 405 freeway) in the day and see if they have any entertainment that night and for that last Sunday, we’d end the vacation with a visit to Venice Beach which is another bit of madness that everyone should experience firsthand. 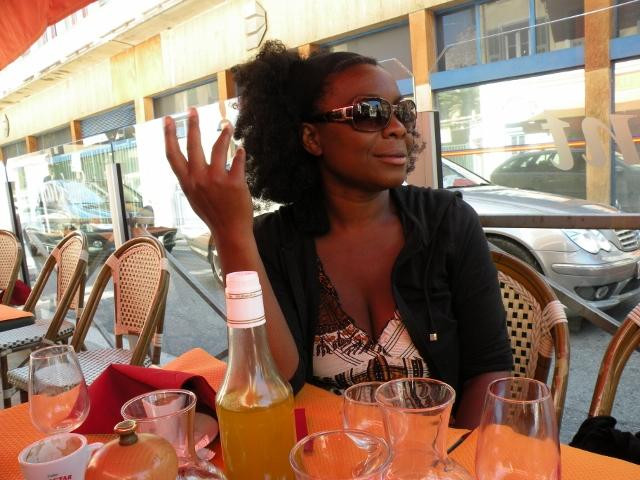 The Shoutout series is all about recognizing that our success and where we are in life is at least somewhat thanks to the efforts, support, mentorship, love and encouragement of others. So is there someone that you want to dedicate your shoutout to?
I would like to dedicate this shoutout to Carla Silveira-Hernandez for her heart, her vision, her brilliance and tenacity. Thanks to her, a big company took a chance on li’l ol’ me, and gave me the opportunity to prove myself and succeed.