We had the good fortune of connecting with Kyle Waters Geller and we’ve shared our conversation below.

Hi Kyle Waters, what role has risk played in your life or career?
Risk is everything! As a Director, FIlmmaker, and just a creative individual who enjoys creating for creating sake, I think if you play it safe you might find your self feeling shittier than you would of, if you couldn’t sell the same piece, or get any recognition for it. As an artist through in and through out, the creative struggle is a real bitch. Do they like my work? Then why is it not selling? They said they liked my films and videos, but there are no views… After years and years of beating myself up over questions like this, theres always a voice that sits in the corner of my mind that says, “Cater to everyone else and make something so in the “”Now””, that everyone will jump for it”. Now let’s say that voice wins the fight that day, and I make a video, a film, or a painting, almost trying to emulate someone else’s work, or vibe, to, I guess, fit in? Now heres the crazy thing, by the time it’s finished, I either got passed up by the trend I tried so hard to catch up with, or I hate it, and almost don’t even want to put it out.
Risk is everything, I can’t say this enough. This is the other voice, the main one, that speaks loudest (usually). The artist inside that wants to say fuck everyone else’s opinion, I’m good at what I do, I’ve been working on my craft for yeaaaaaars, and if I take a risk. no matter what, it’s going to come out good, because it has to, it’s math. Believe in yourself, because no one will as much as you. We are the masters of our own fate, and as artists, we are very passionate which gets misconstrued a lot of times as anger, it’s usually not, but we have a job to push boundaries in the name of art. Richard Branson says, “If you want to stand out from the crowd, give people a reason not to forget you”. That is what risk is all about, being rewarded for not being scared to let your creativity take flight. Even if today, you’re risks aren’t seemingly getting you exposure, or recognition, remember someone is always watching. There is a lot of power in STICK-TO-IT-NESS, I totally made that word up, but stick to it, keep RISKING it all, one day the trend is going to be you. Then you can look back, connecting all those dots, and it will be evident that all the risks were more than worth it. 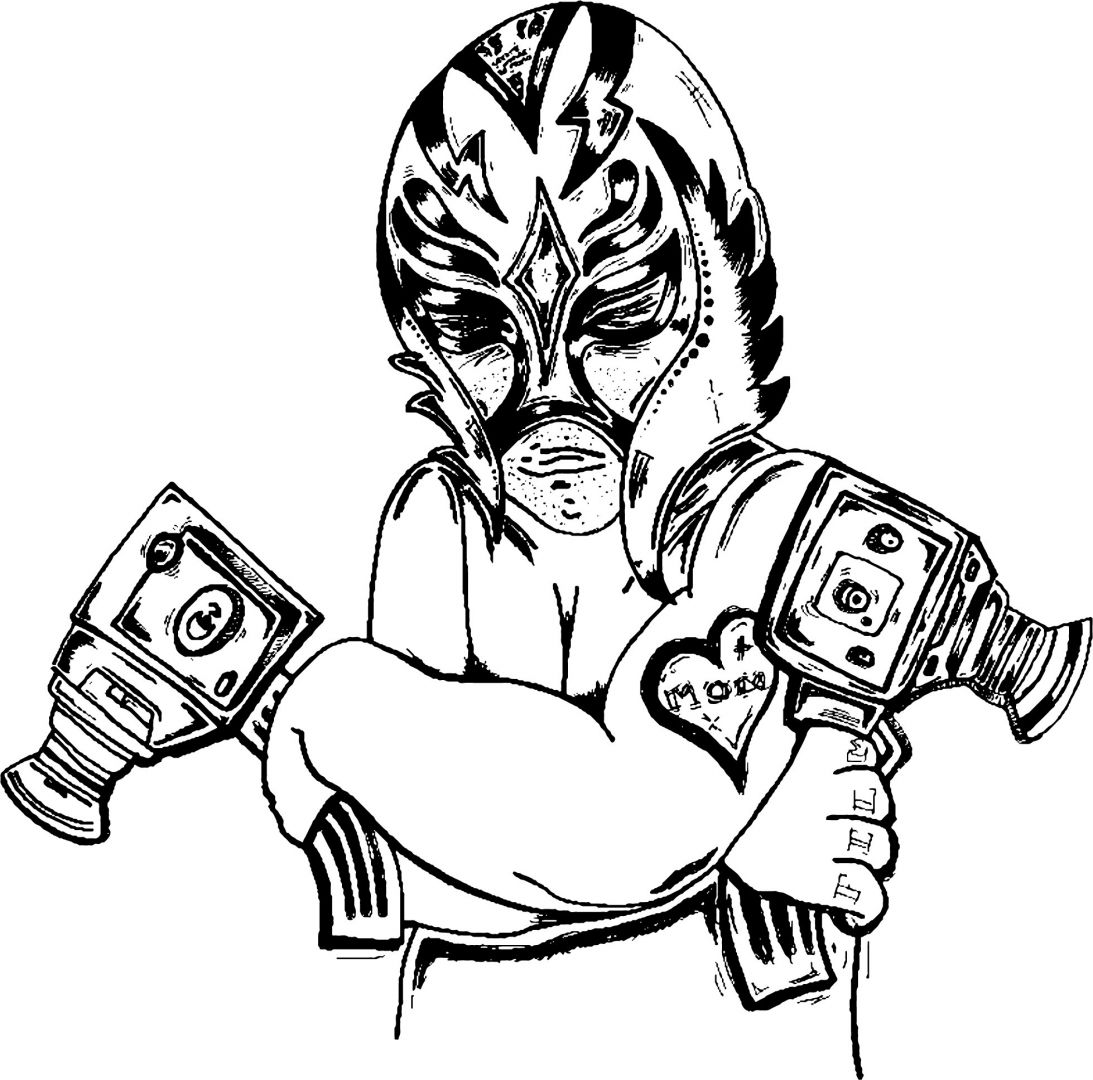 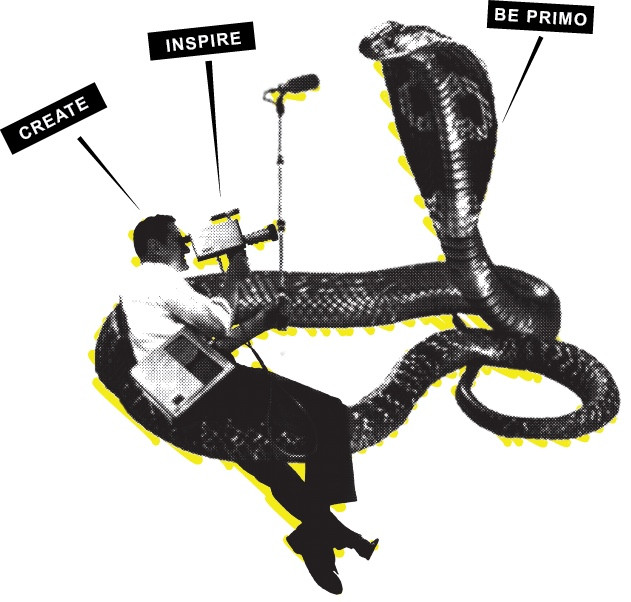 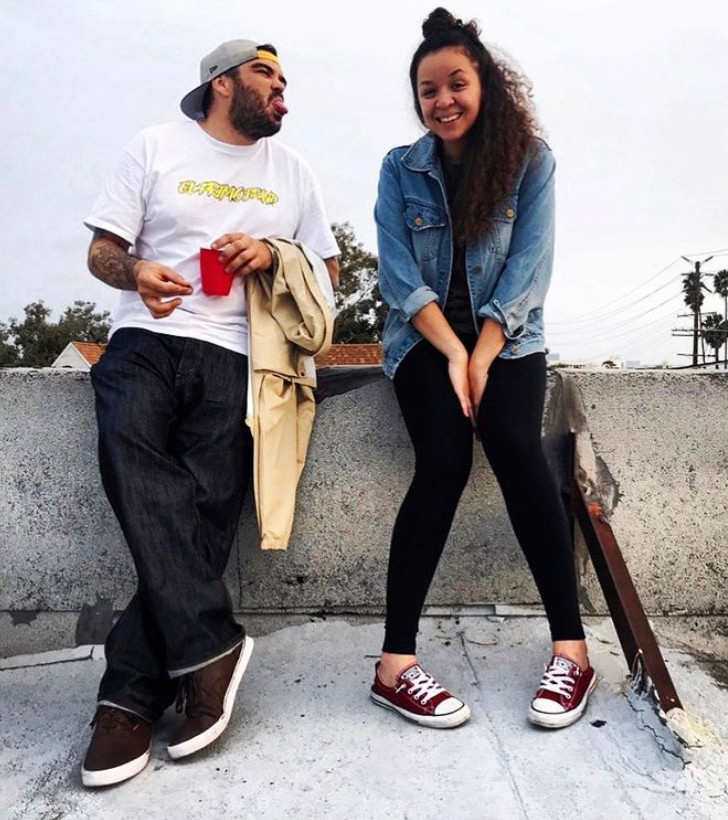 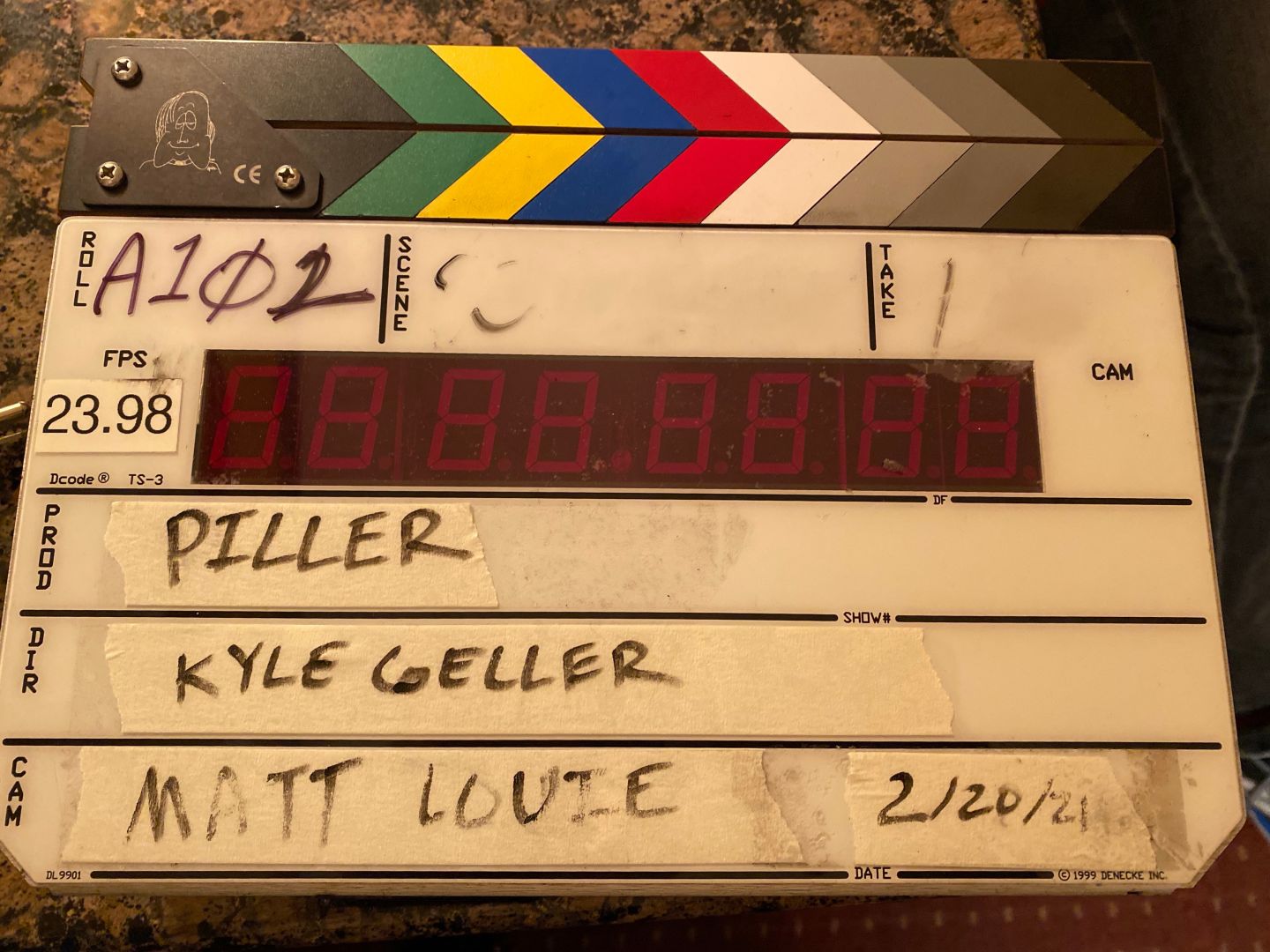 Alright, so let’s move onto what keeps you busy professionally?
I think the only thing that set’s people apart from others is the amount, and frequency of work, they are willing to put into something. Ultimately that formula makes us who we are. Everyone can pick up a paint brush and start painting on a blank canvas, but the one who gets better, and gets the recognition (over time), is the one who spends the most time on the painting. I like to think I work pretty hard, and something that always keeps a fire under my ass is knowing that theres always someone working harder than you, and it’s true, there always is. So I just keep my head down, and create with all my breath. I was always supposed to be a filmmaker looking back, because I was, and still am always creating different things, different mediums, blah blah… people would always say I needed to focus on something, so me making films, is focusing, because I get to combine all my art into film. I can paint on canvas and hang my work on the set to make a scene pop in a movie. Or I can hit up my band, Hot Dog Stand, and make a song to accompany a scene, shit, I just wrote the band into a new script, I love it.

There are always challenges, I never had money growing up, but I have a hell of a chip on my shoulder, and I think those two teaming up really played a factor in chasing this film career. Film is a really expensive sport, and I really want to show my creativity and efforts can hang with the best of them. I don’t know if this makes too much sense, but it drives me. Independent film doesn’t even make sense anymore, Sundance, and other so called “Independent” film festivals now are just fancy homes to premiere the latest Tarantino, or Spike Lee flick. How are the little guys even supposed to compete? I don’t know, and I don’t have the answer, but damn it if i’m not trying to fit in somehow someway, and it will happen… Such a back and forth in the head, a constant push and pull, wondering if you are cut out 12 years later of giving it your all, but move forward, thats the name of the game. Iv’e worked with some amazing actors, camera men, you name it, and I feel I am no where near where I want to be.

The biggest lesson in Film that I have learned, and I apply it to every aspect in my life as far as goal setting, is pick a date! When it comes to a Film Production, there are a lot of moving pieces, the crew can be massive. Pick a date and stick to it NO MATTER WHAT! Back to the production, so if one person calls out sick, are you going to push the date for this one person? Because the entire rest of the crew is still available… ya dig? People can be replaced, don’t let anyone get in the way of you completing your work and vision..
I guess that’s another lesson, FINISH YOUR WORK. It’s probably the biggest complaint I hear from peers behind the camera, is they did a job for someone for free because it was a good script, or whatever the reason, and the project was never completed. Don’t be that guy.

What I would like the world to know about the El Primo Brand and myself right now is, watch out, I’m coming. I love this filmmaking stuff so much, and I can’t wait to share it with you all, the world!

If you had a friend visiting you, what are some of the local spots you’d want to take them around to?
I grew up in the water in Long Beach. Now living inland, i realize I have taken that ocean for granite in my adult life. So I would definitely have to start at the beach, and it would most likely start in Long Beach on the patio at Ballast Point, the sunsets cant be beat, but anytime is a good time to enjoy a nice beer on the water. And then I mean from there the sky’s the limit, but I would have to show them the new El Primo Brand Studio in Chinatown, but on the way…. I mean what is there not to do in L.A. Especially right now, i feel like the DIY movement is really strong, so at any given time I feel like we could stumble on some cool music, food, and art. Maybe pop into a Kings game, or Dodgers depending on the day, and then some more food? Maybe some Cha Cha Chili and then grab one more beer at Homage and then end it at the studio, where I can print some one off El Primo Brand gear to go home with. Seems kinda packed but you know how we do it… In high school, you could start the day off in the water, hit class, and then be on the mountain by early afternoon, we get it in. 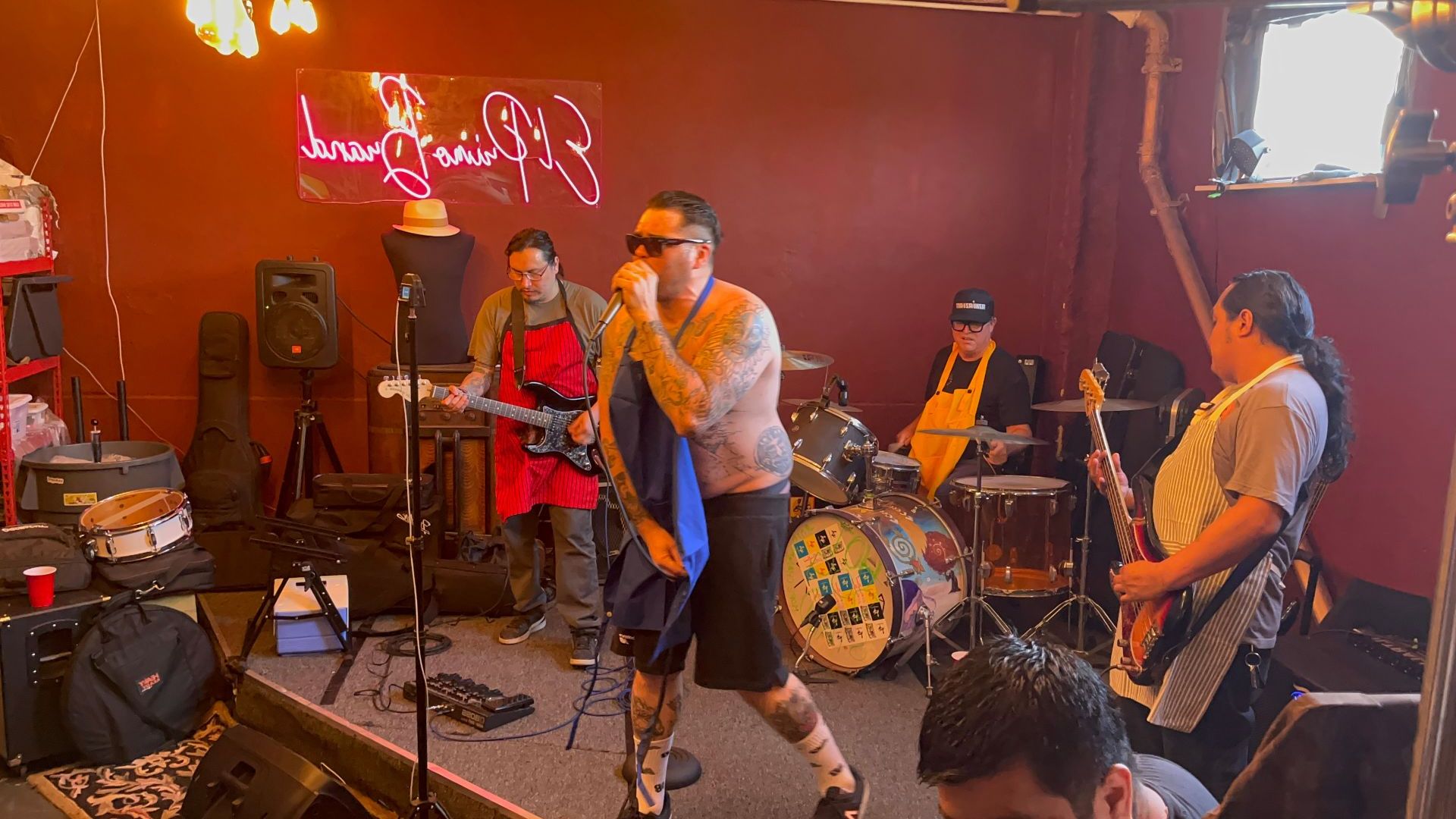 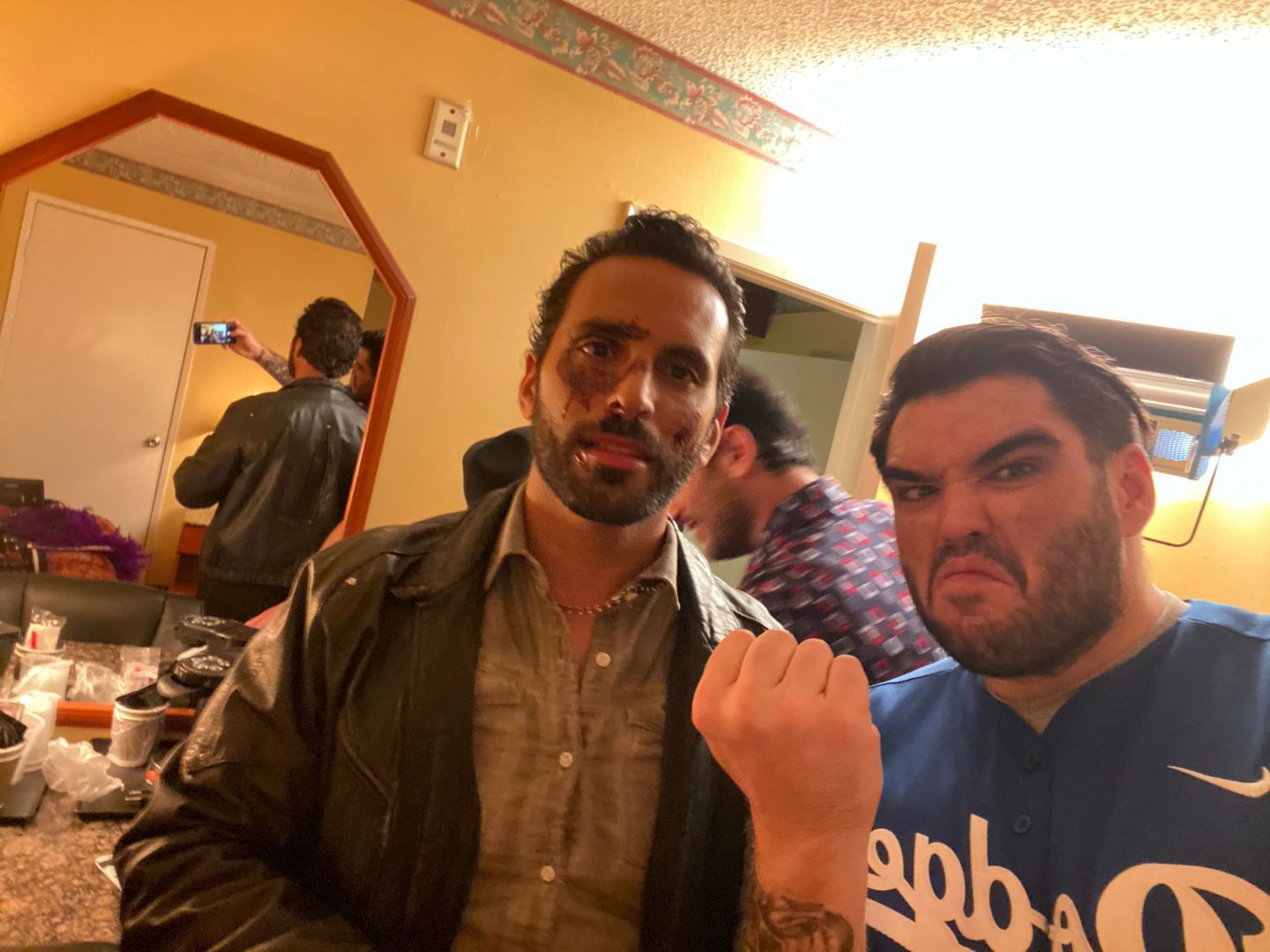 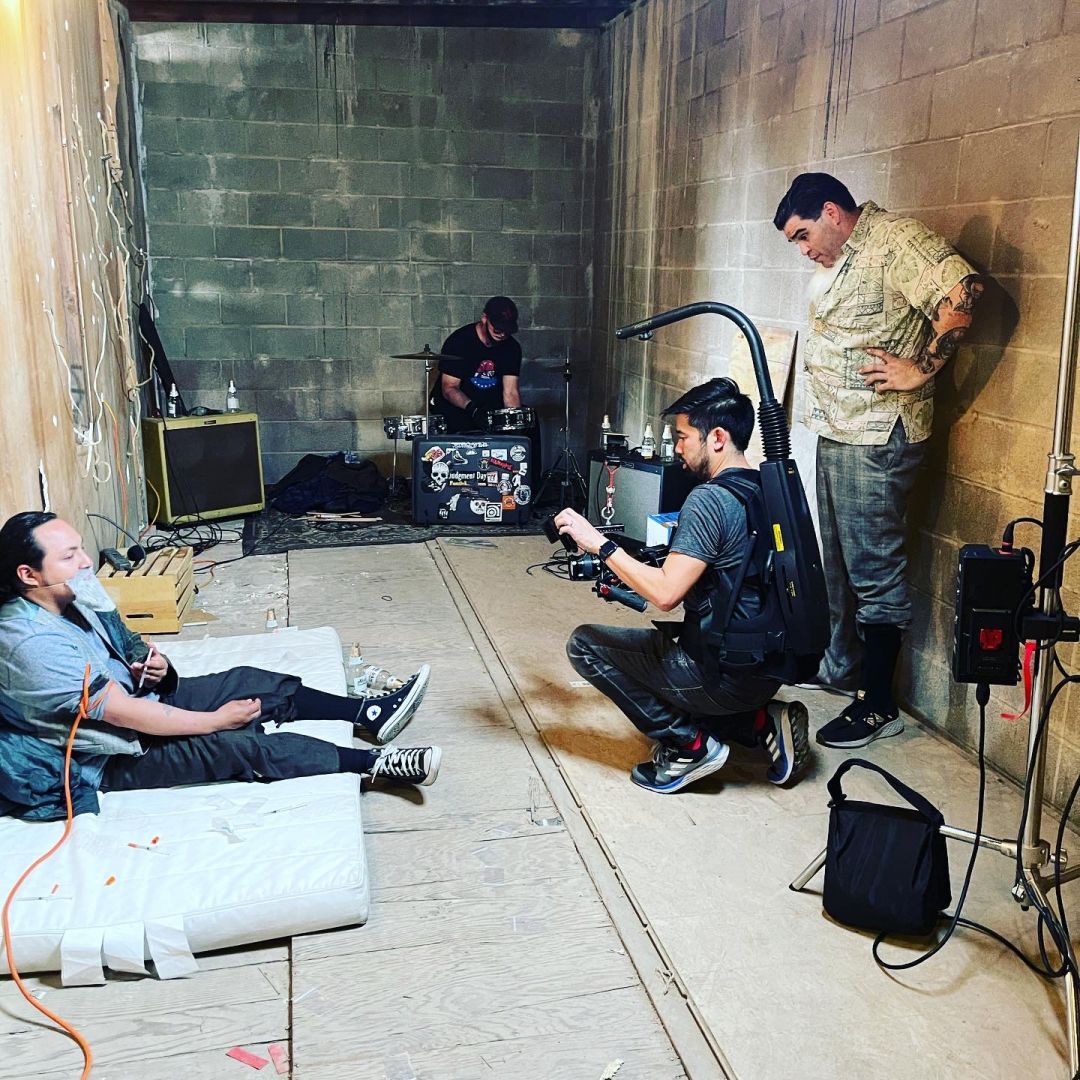 Shoutout is all about shouting out others who you feel deserve additional recognition and exposure. Who would you like to shoutout?
I gotta give it up to my fiancé for this one. She has been a real rock through this whole filmmaking journey, she see’s ALL of the struggle, and she still stands by my side, strong lady. Us artists are not the easiest to deal with sometimes, so I want to say thank you to my beautiful wife to be, Linze, for all the strength and support.